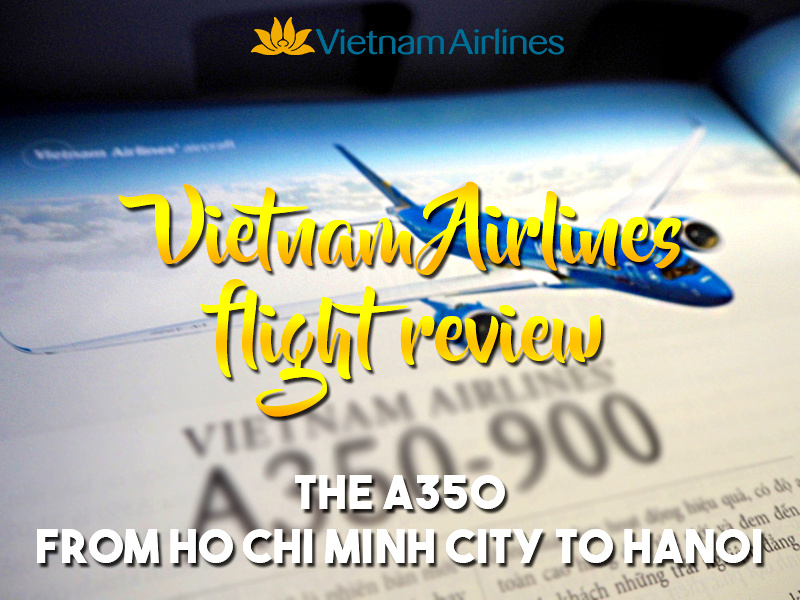 I flew with Vietnam Airlines from Ho Chi Minh City to Hanoi. There are three airlines that fly this route (the others being Vietjet Air and Jetstar Pacific), and with this route being one of the busiest air routes in the world you can always find a competitive airfare. I used Skyscanner to compare airlines and flight times.

I had booked this flight a few months in advance as I knew I would need to be in Hanoi on this day. After booking it I forgot about it until the day before my flight. When I checked the details the day before the flight I was puzzled as to why I would pick a 4pm flight. As I noted when I flew with them last year, there are flights nearly every hour of the day.

It wasn’t until I checked in that I realised that I booked the flight because it was on an A350. When making the booking it tells you what aircraft will be used, and I had still not been on an Airbus A350. I’m not a complete avgeek (obviously not if I forgot) but I wanted to experience and see how it compares with its Boeing contemporary, the 787.

I checked in at the airport using the self check-in kiosks. I’ve used these a few times now and there is never a queue. 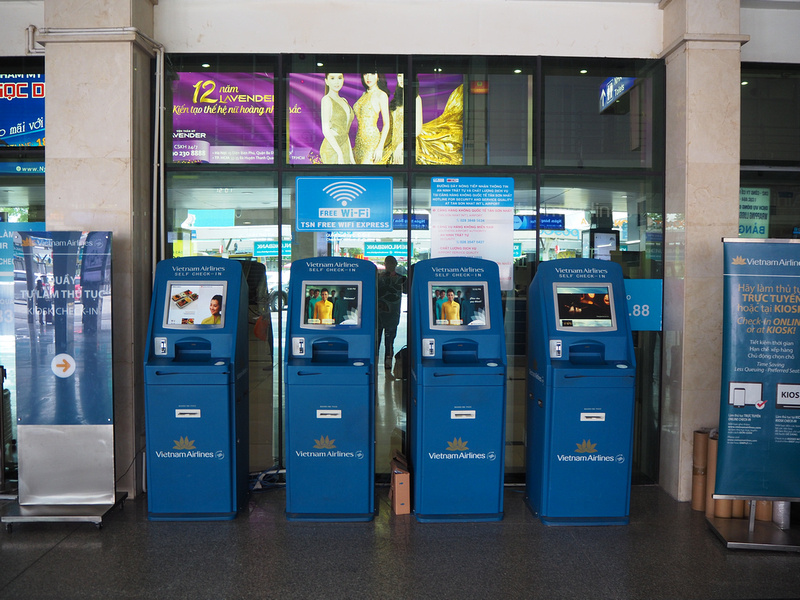 Here I was able to pick my own seat. 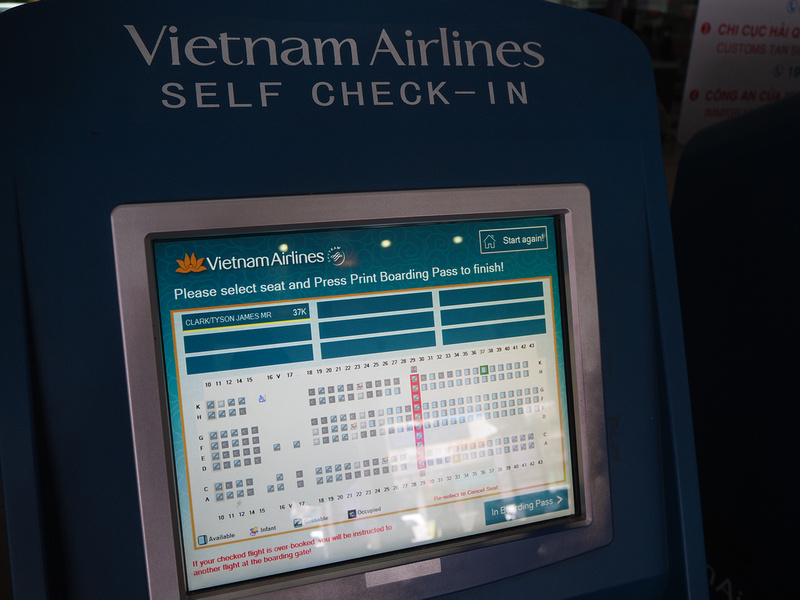 Being such a busy route, Vietnam Airlines has a dedicated check-in area just for Hanoi flights. I had a bag to check and it was done without queueing as well. This is a smooth operation here. 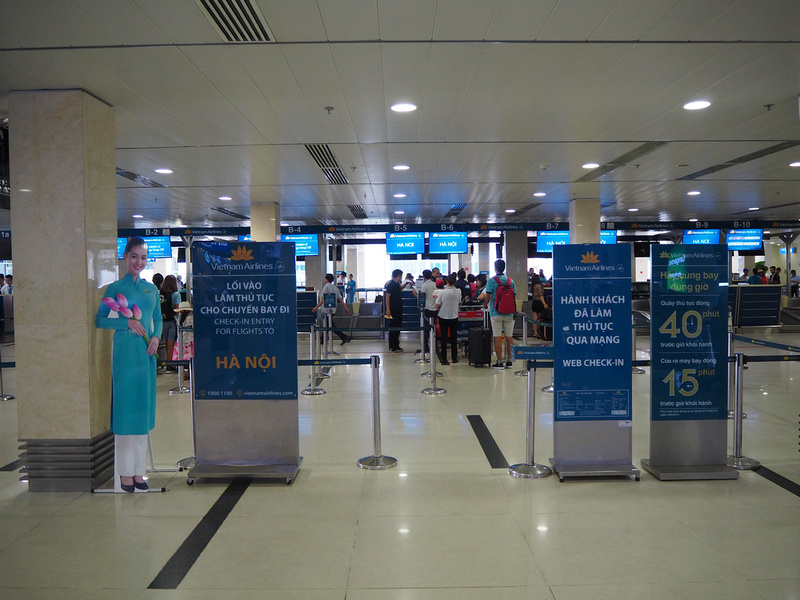 A last minute gate change, and to a gate where I couldn’t get a photo of the A350. 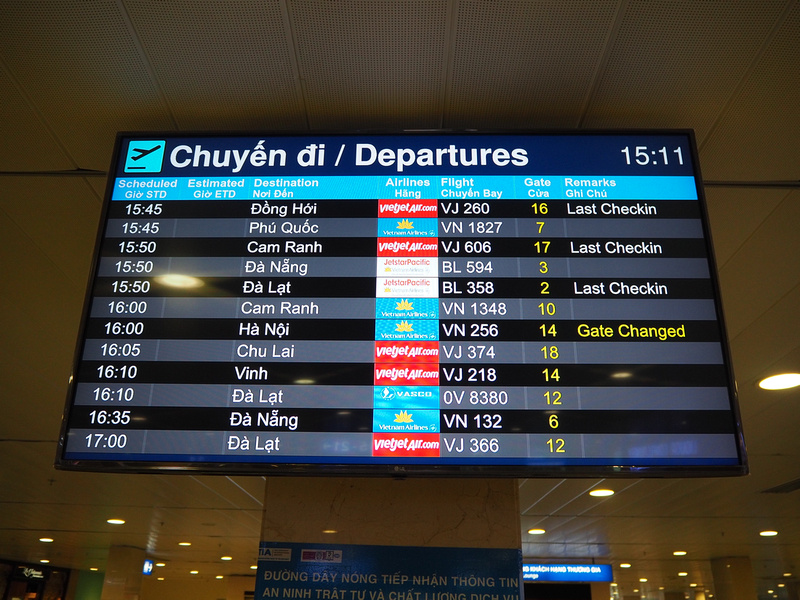 So here is an image of the A350 in the inflight magazine. 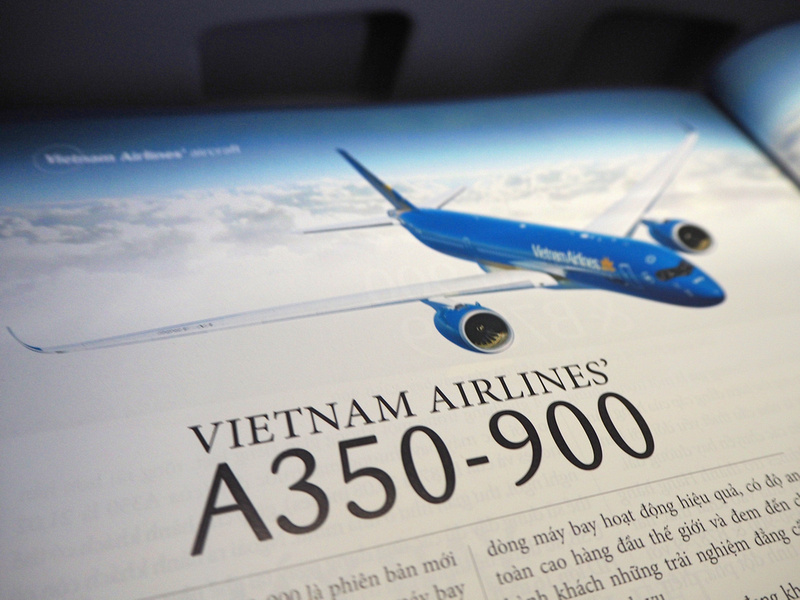 What I was most curious about was how big the windows are. While the A350 windows are not as big as the 787 windows, they are noticeably larger than the A330 windows. 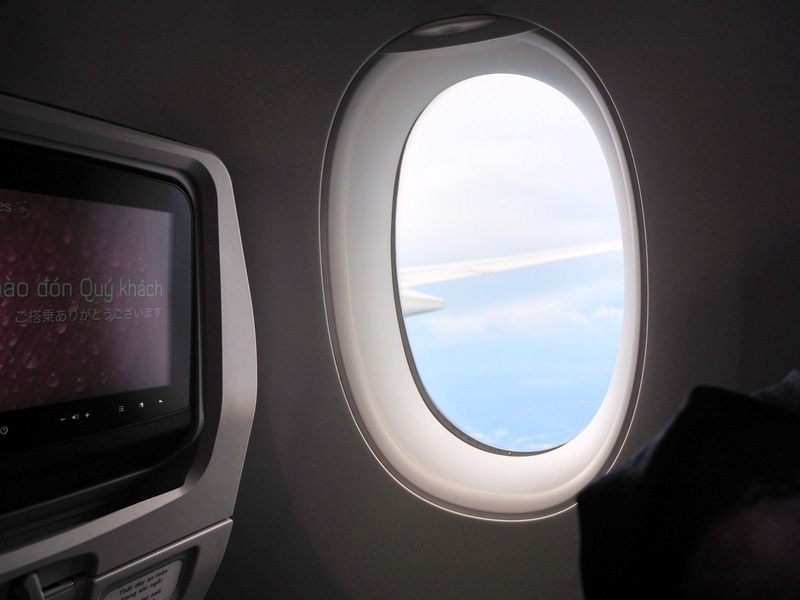 When I selected my seat the screen was showing a 2-4-2 configuration, yet this aircraft had a 3-3-3 configuration. I’m so confused! 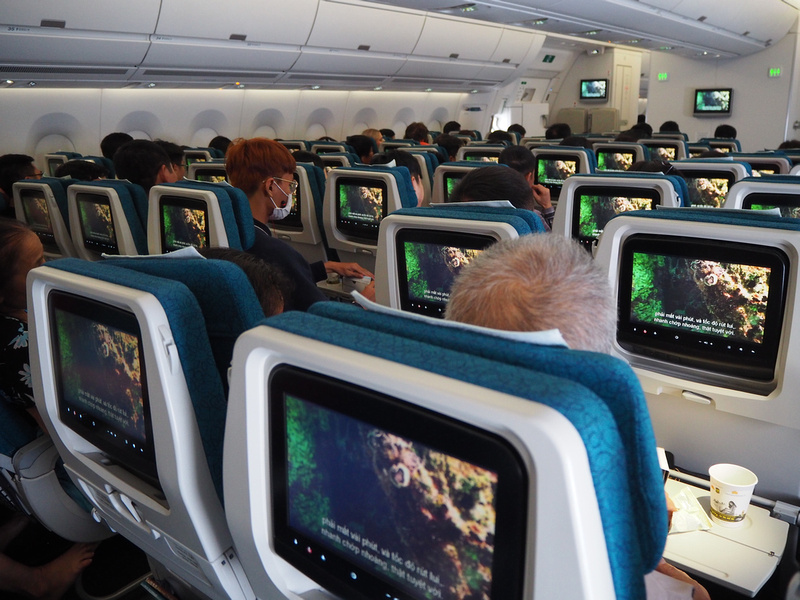 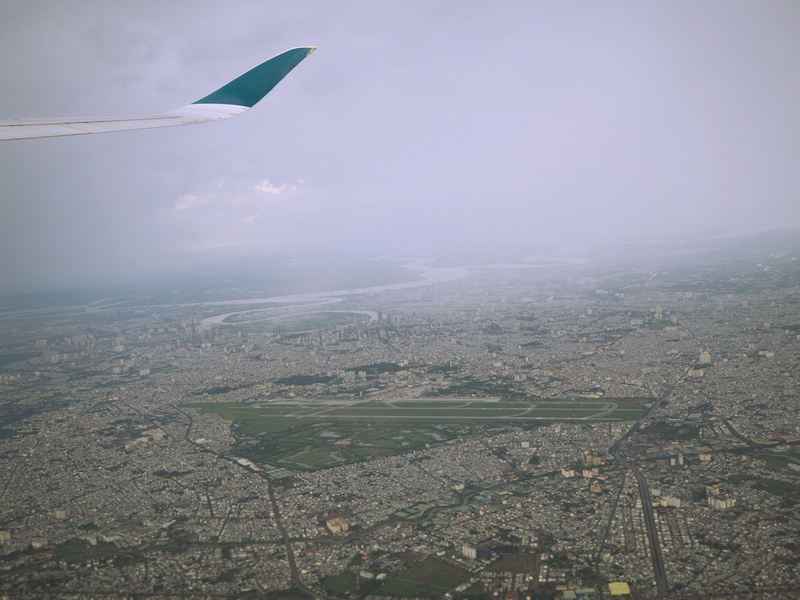 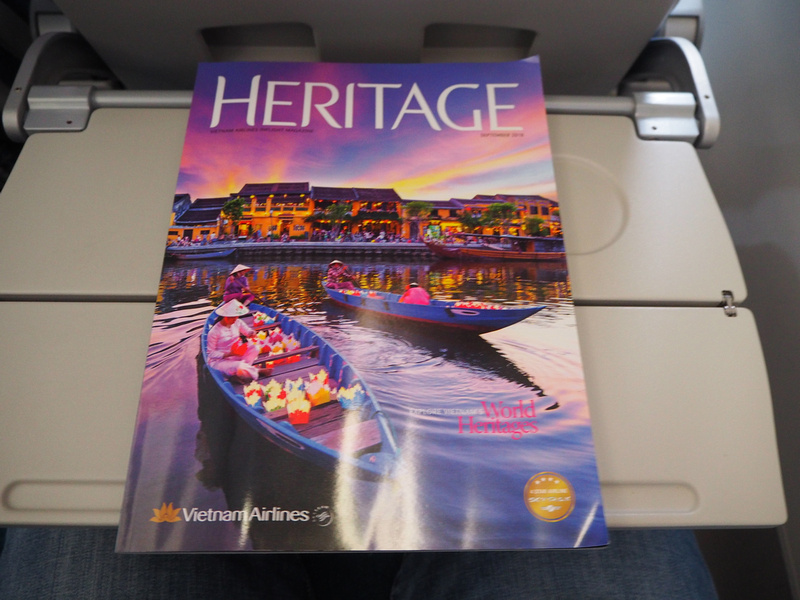 I like reading the magazine to get an idea of what construction projects are going on around the country. 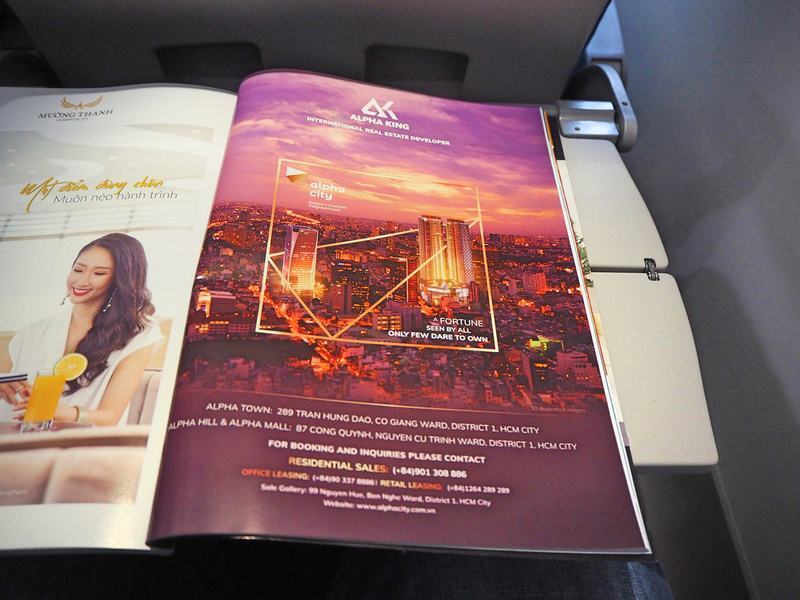 And the route map is always a good way to get travel inspiration. 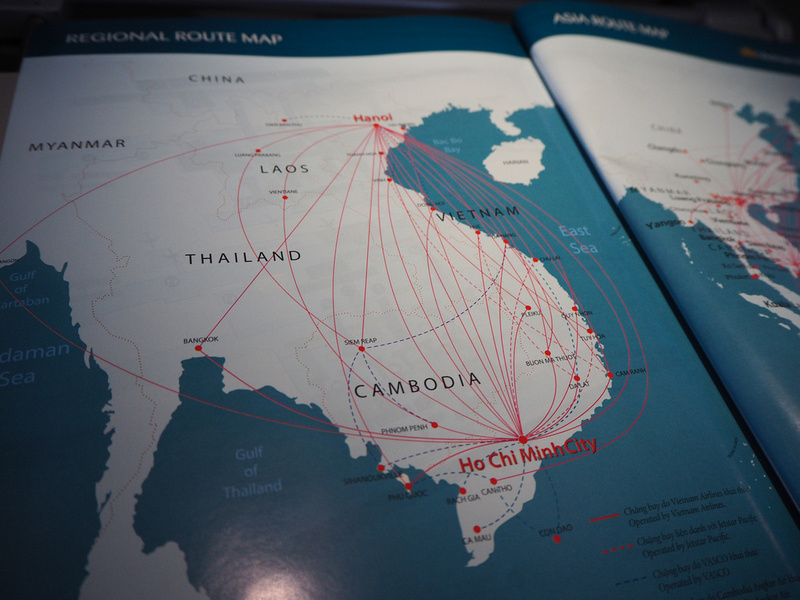 Heritage Fashion is the lifestyle and fashion magazine of the airline. 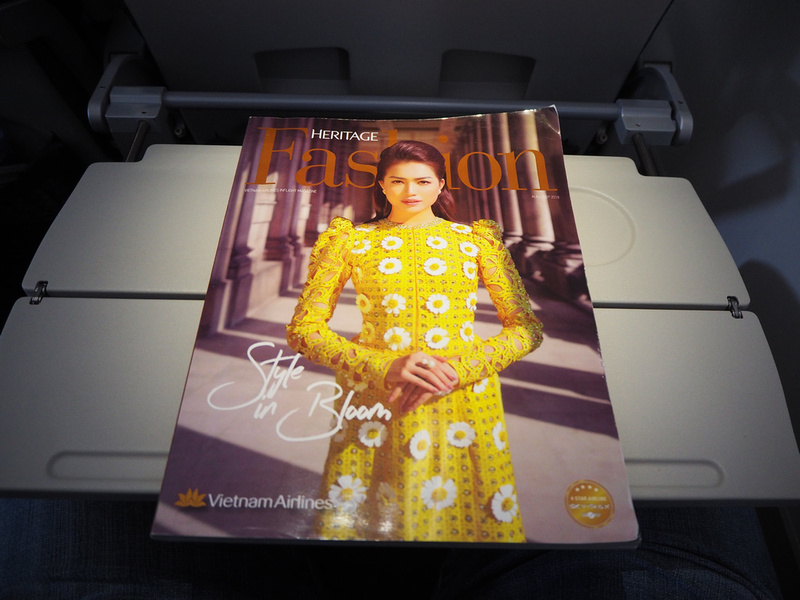 The Vietnam Airlines A350 has entertainment units installed, but they weren’t activated on this domestic flight. 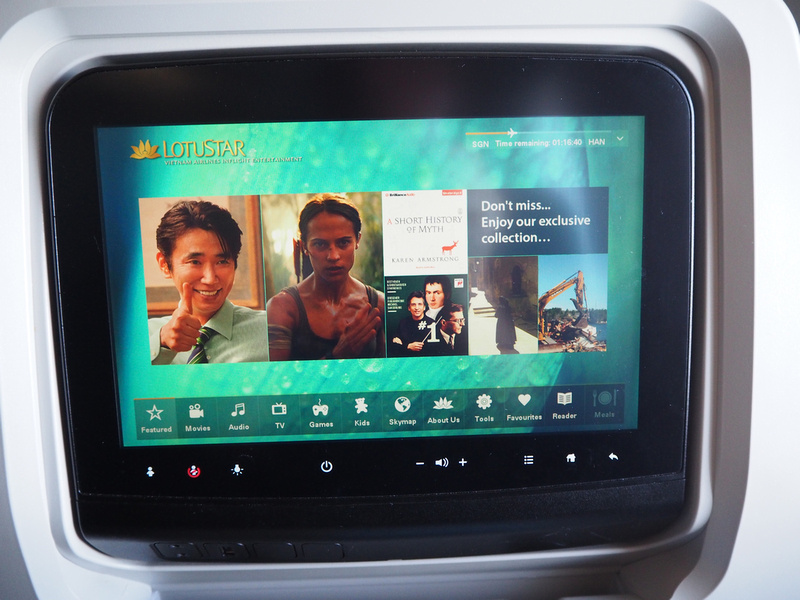 The best thing about flying Vietnam Airlines over Vietjet and Jetstar is the ample leg room. 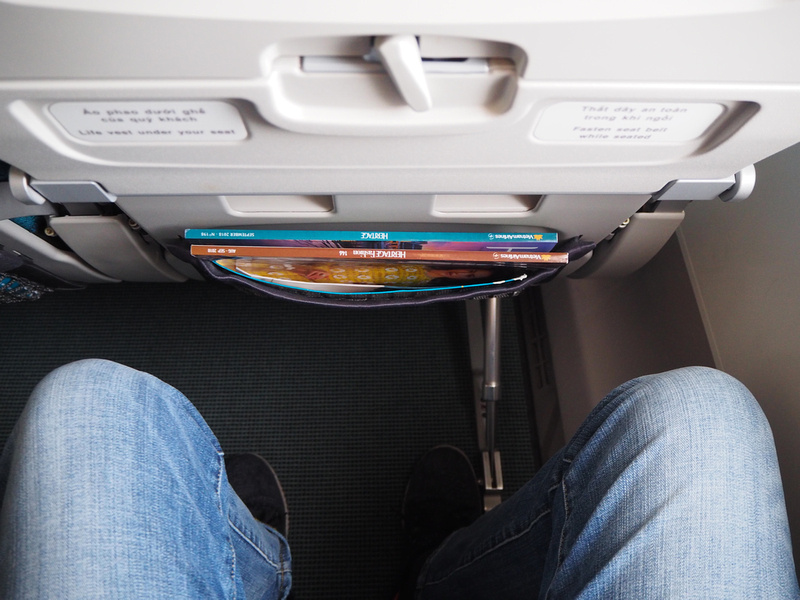 And unlike Vietjet and Jetstar, free food and drink is provided. 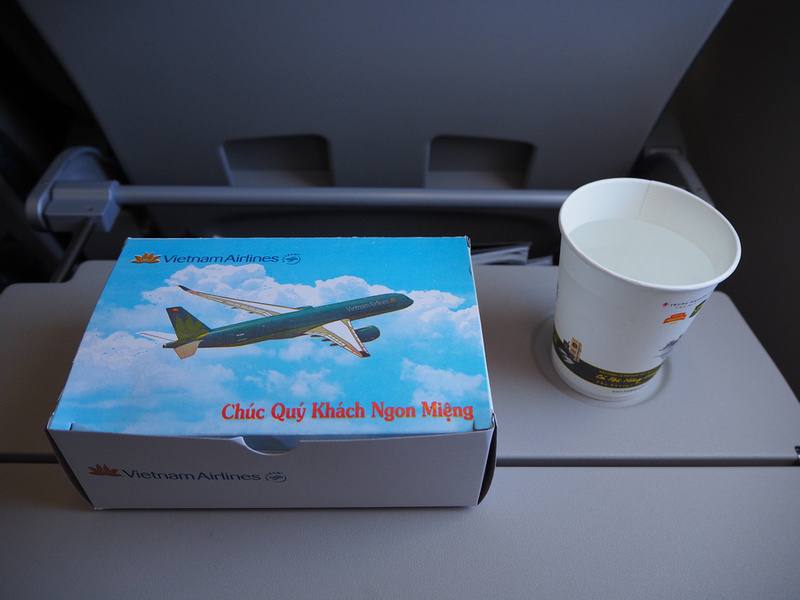 Don’t get too excited though. This snack pack contained rice crackers and mixed nuts. 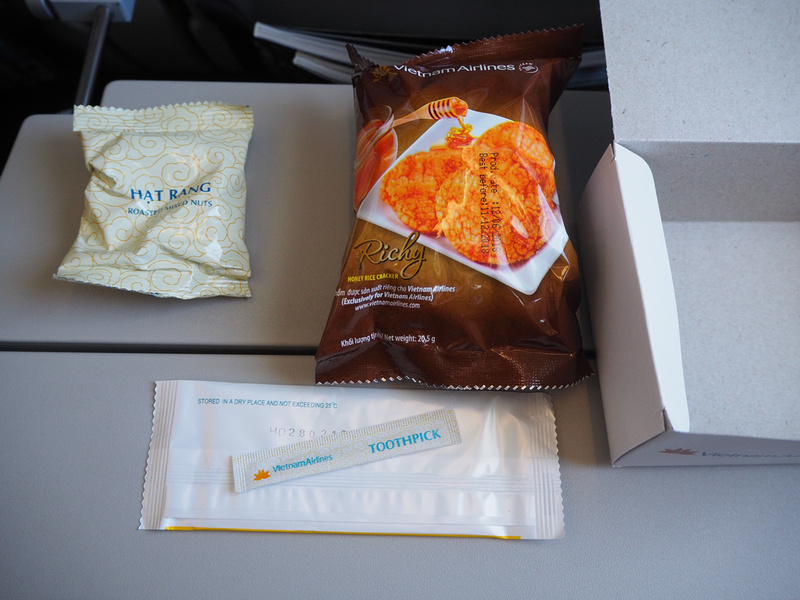 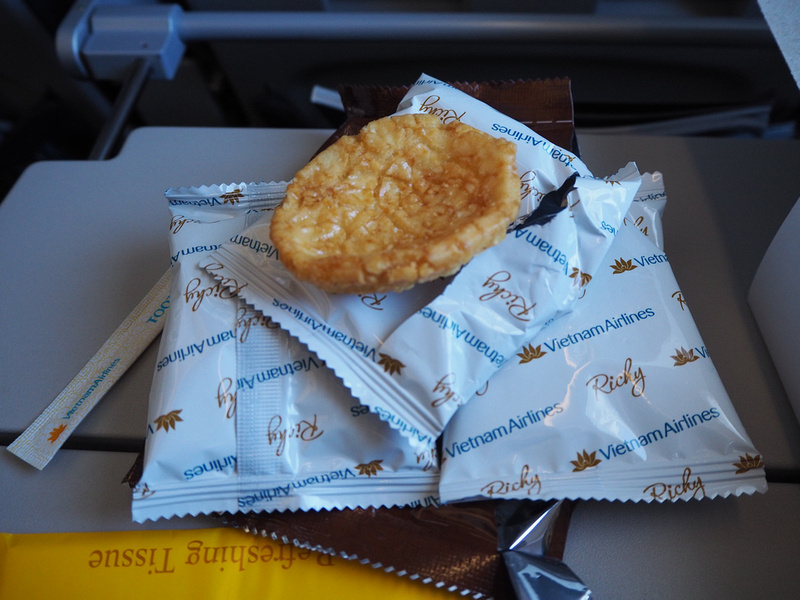 There is also a drink service, but the only drinks available are water or Coke/Coke Zero – not even tea or coffee. I felt like they were just phoning it in here. 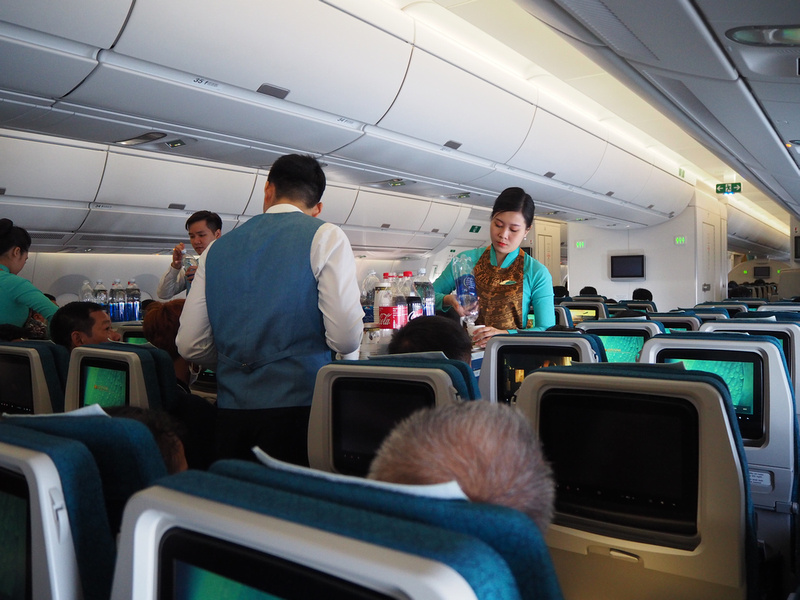 Overall this was a good flight and I was glad to test out the A350. I will have to fly a long-haul flight though to experience the full service. I was surprised with how basic the food service was, given that this is a full-service airline. By comparison Singapore Airlines offers a full meal on the SIN-SGN flight, which is almost the same distance at SGN-HAN. I haven’t flown VN regionally yet, so I will wait to make a comparison.