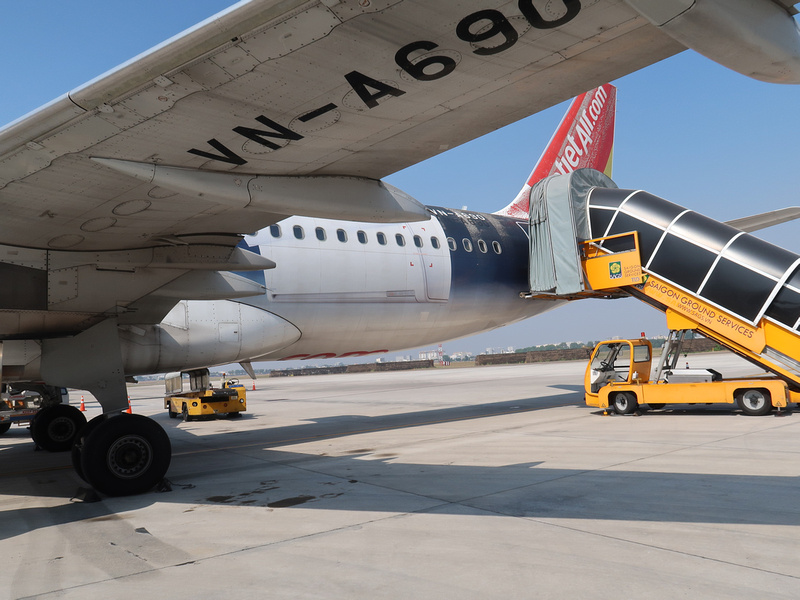 I flew with VietJet Air from Ho Chi Minh City to Kuala Lumpur.

At the time of my booking this route was served by VietJet Air, AirAsia, Vietnam Airlines, Malaysia Airlines, and Malindo Air. I compared flights with Skyscanner and went with VietJet Air for the combination of price and time of day. 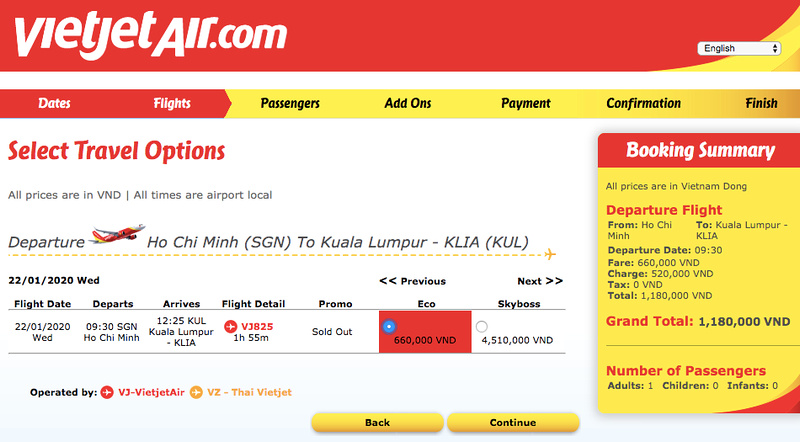 It helped that I booked the flight a few months in advance in anticipation of the Tet lunar new year holiday in Vietnam. I booked for the 22nd, knowing that the new year was on the 25th. What I didn’t account for was that many others were already planning to leave early as well, so the airport was crazy busy. It turned out that January 22 (the day I went) was forecast to be the busiest day for Tet travel. In hindsight I would leave at least a week before Tet to avoid overcrowding.

I arrived at Tan Son Nhat Airport to see an enormous queue for VietJet Air check-in, which processes all flights in one line. After walking about to assess my options I lucked out and found a second row that wasn’t as busy. 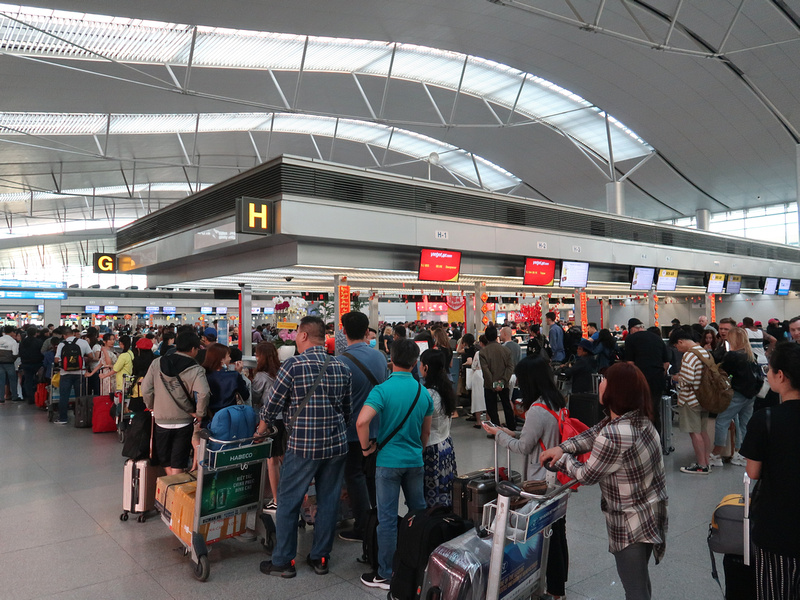 Once I got through immigration and customs I had some time to relax for a bit. Today I noticed VietJet aircraft that have been leased from old European airlines. The aviation sector is booming in Vietnam, to the point where there are not enough aircraft to meet demand. Here is a former Thomas Cook aircraft that has been recycled for use by VJ. 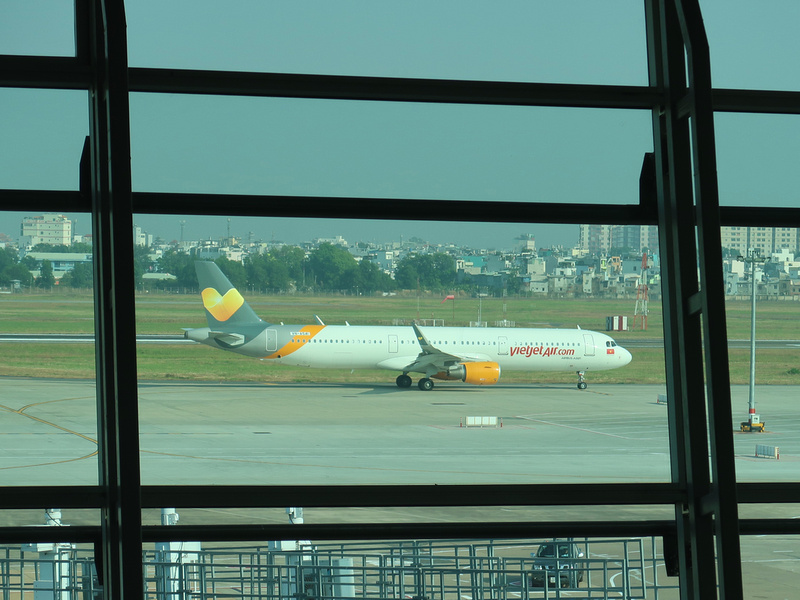 Wow was a low cost airline from Iceland that went bankrupt, and this aircraft now has a second life in Vietnam. 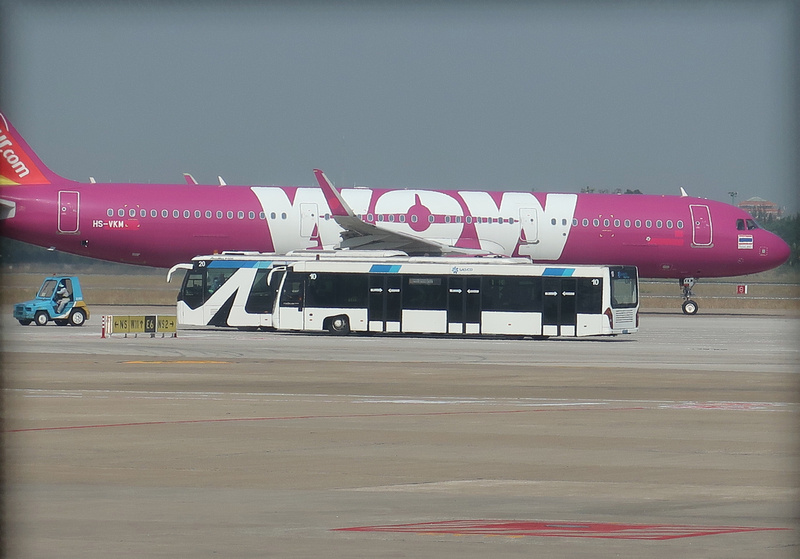 VJ 825 usually departs at 9.25 and arrives in KUL at 12.25. I got an email a week before the flight that announced that the flight had moved to 10.30. This happens a lot with VietJet Air, so don’t book with them if you have time-sensitive connections. 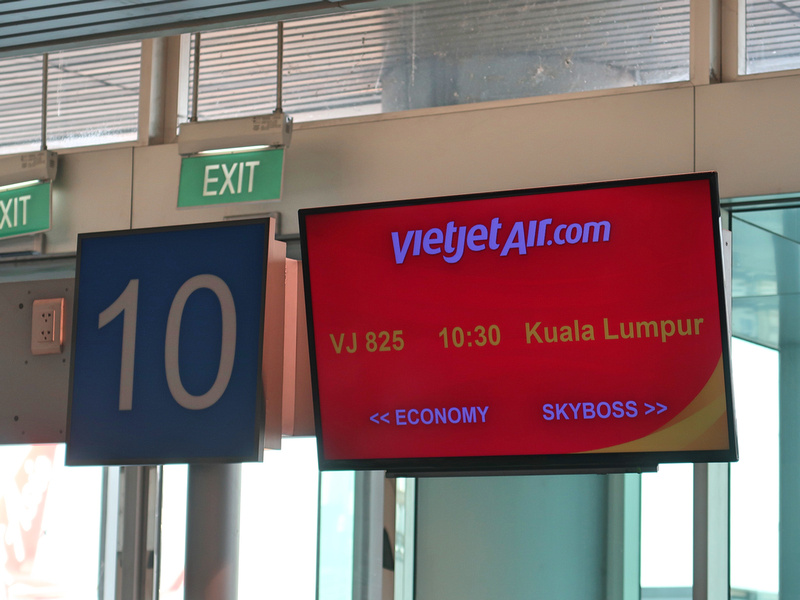 With Tan Son Nhat airport being over capacity (and the new airport for Ho Chi Minh City nowhere on the horizon), my flight was once again boarded via a bus to the tarmac.

Most of the aircraft I’ve flown with on VietJet look new, but on this one the paint was peeling off. 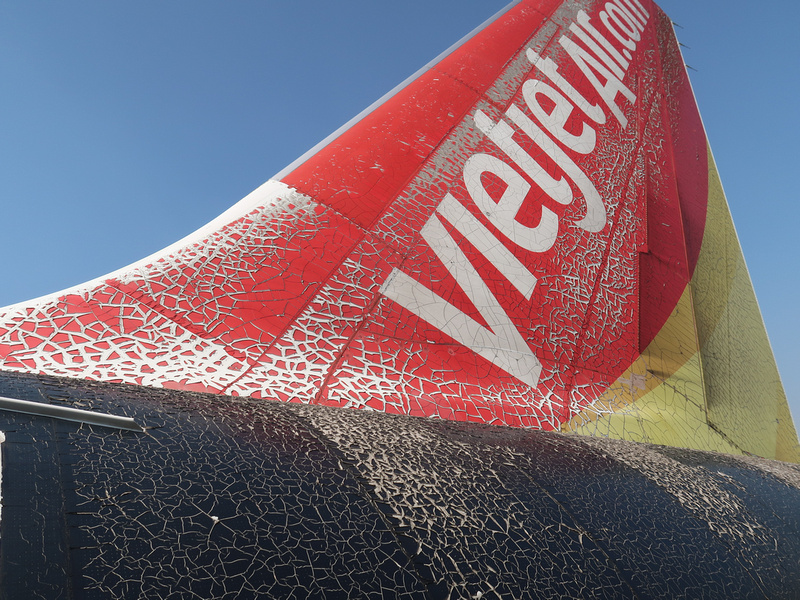 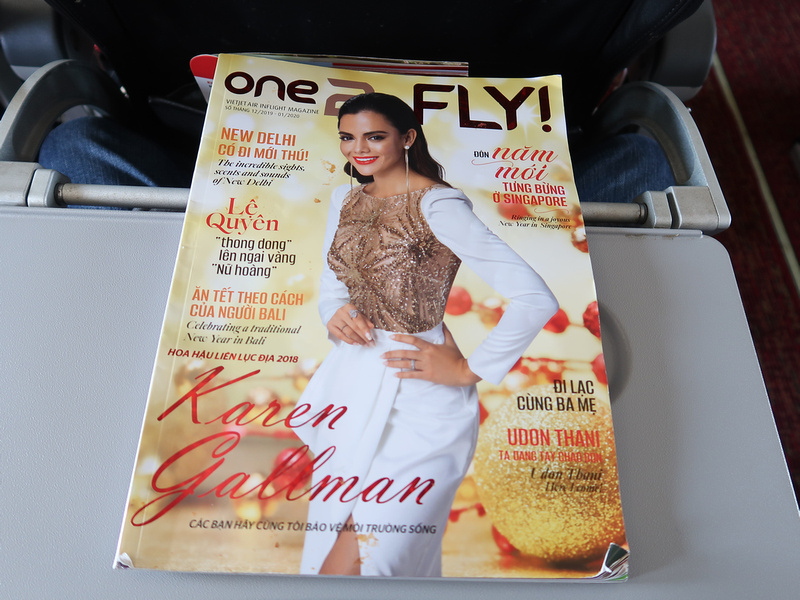 The magazine is in Vietnamese and English. I usually read it for the news to find out about future routes. This month had a profile on Nguyen Thi Phuong Thao, the president and CEO of VietJet Air. She is Vietnam’s first self-made woman billionaire. 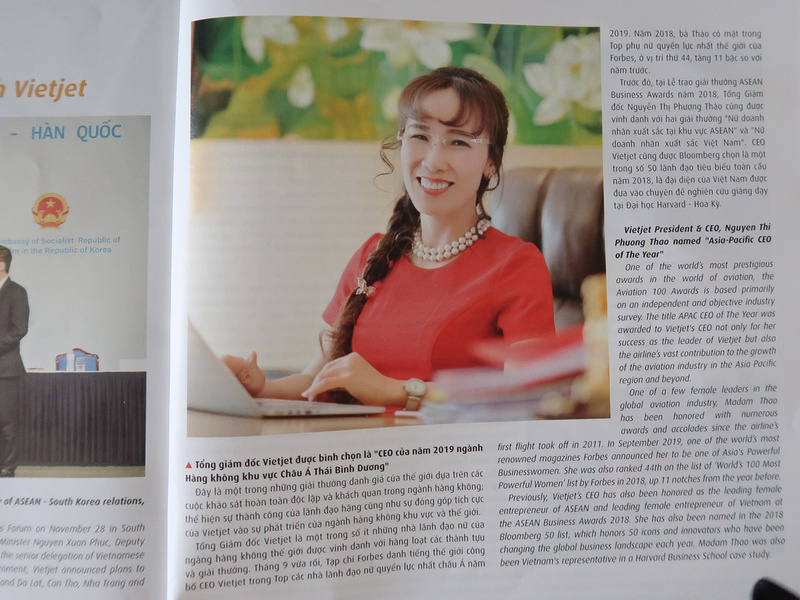 There is food and drink available onboard which can be selected from the Jet Cafe menu. 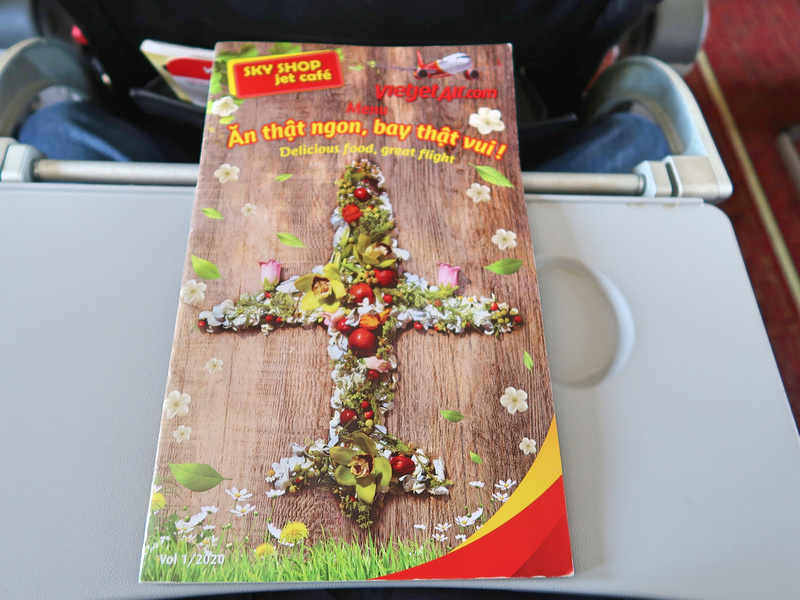 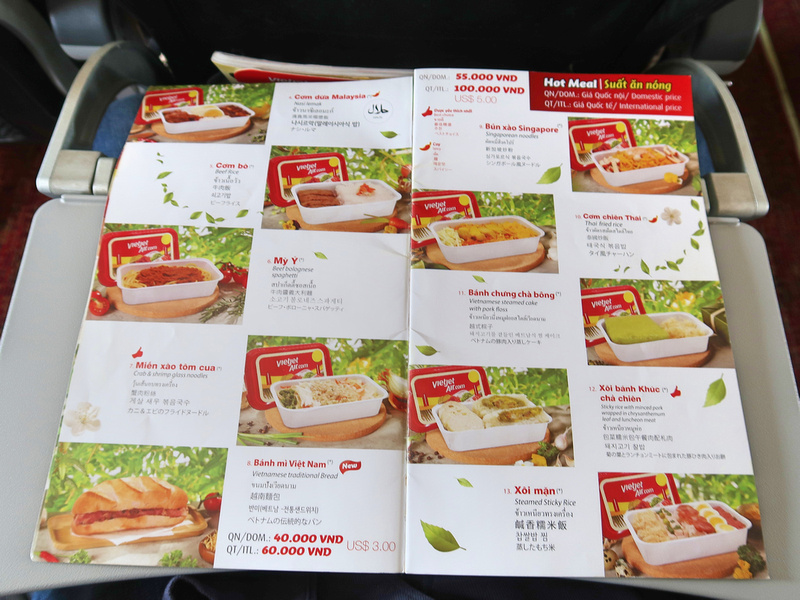 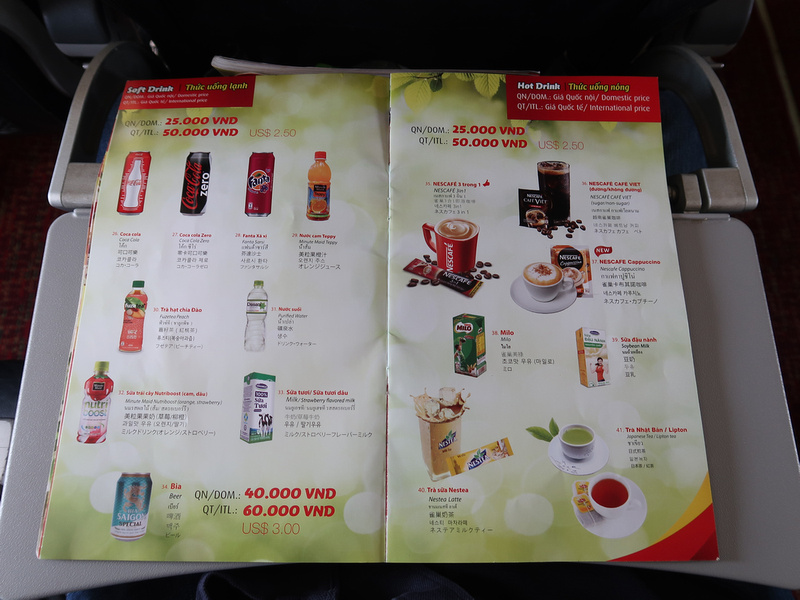 The total flying time from SGN to KUL is about 1 hour and 40 minutes, and today the flight was on time. VietJet Air use the main terminal at KUL, and not the KLIA budget airline terminal. 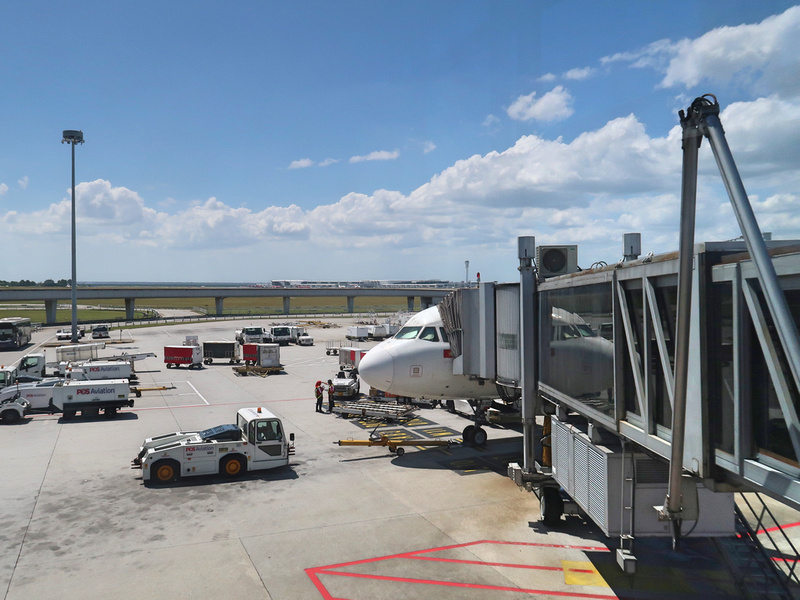 Today I’ve lucked out as the airport wasn’t too busy and I got through immigration in about 20 minutes. My record for waiting at KUL is 90 minutes. 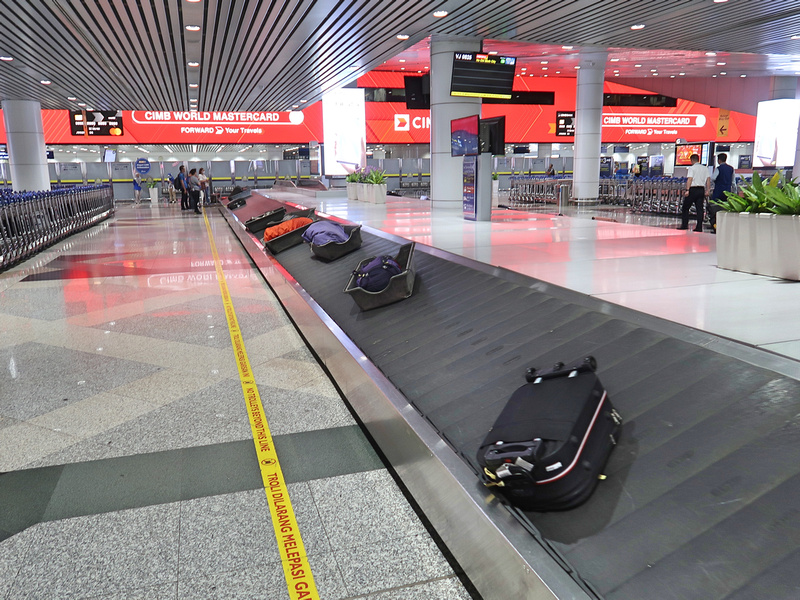 Overall a good flight option to get from Saigon to KL.