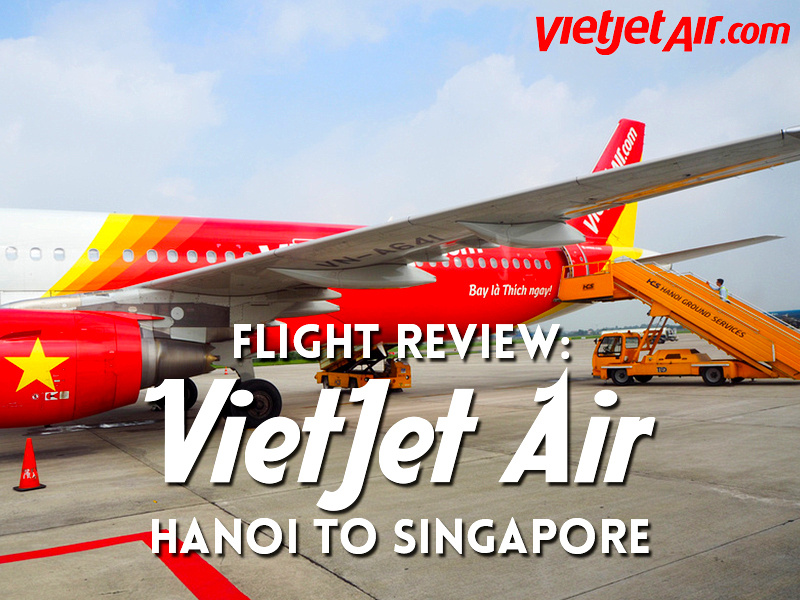 I flew with VietJet Air from Hanoi to Singapore. I compared flights with Skyscanner, and Vietjet was the cheapest option and at a reasonable hour of the day. 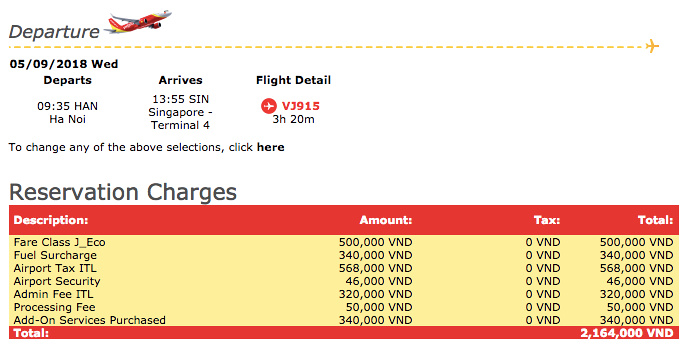 I was in Hanoi last year needing an international flight and I flew VietJet to Seoul. That was an overnight flight, which I try and avoid now. This flight to Singapore departs at 9.35 and arrives at 13.55, with a scheduled flying time of 3 hours and 20 minutes.

VietJet don’t have online check in, so I got there early to get the process out of the way. The counter was open three hours before the flight and there was only a few people in line. 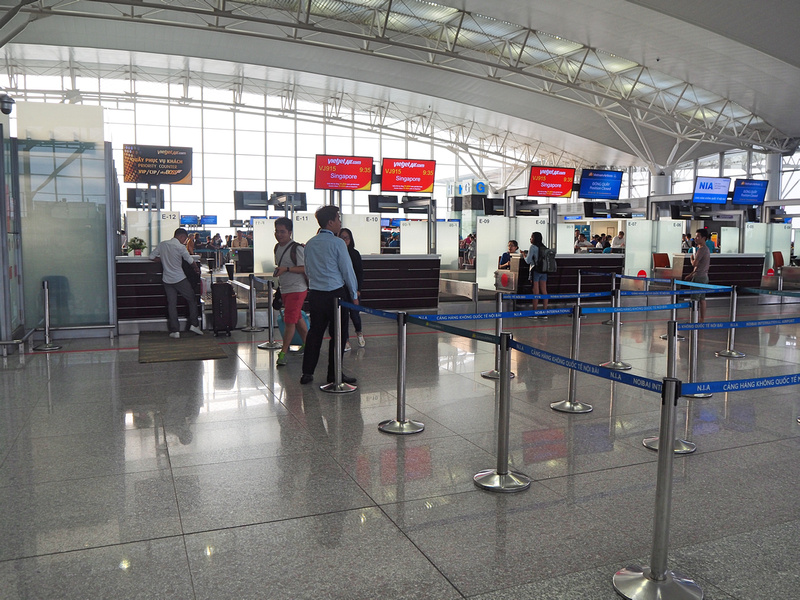 I much rather getting there early and not have to queue, and then I can chill out and work in the departures. As with Tan Son Nhat Airport, the price for food and drink is much cheaper before you go airside. For example the same cafe charges 55,000 VND ($2.35 USD) for a coffee landside, and then $4 for the same coffee airside. I had breakfast before going through immigration. 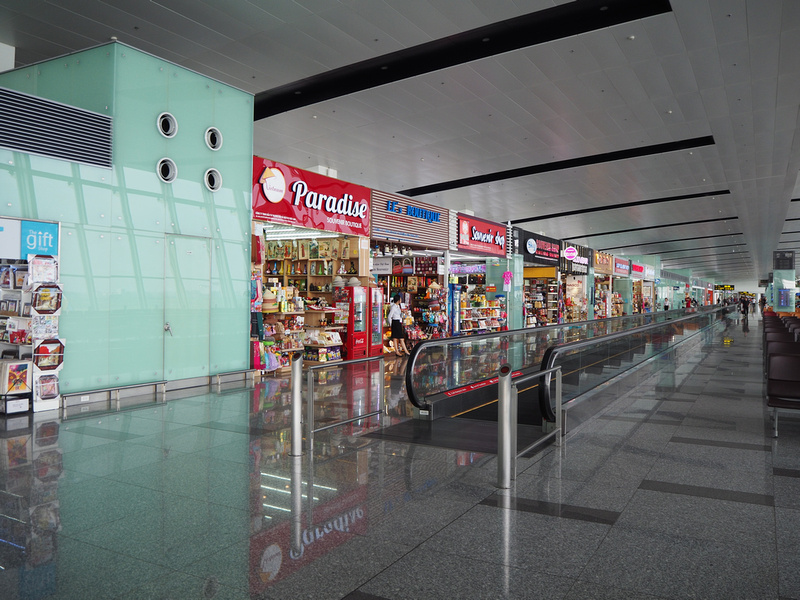 Hanoi airport is getting close to capacity (though nowhere near as bad as SGN), so the chance are good you will have a bus to the aircraft. I saw another VietJet flight that was at an airbridge, but not for us. 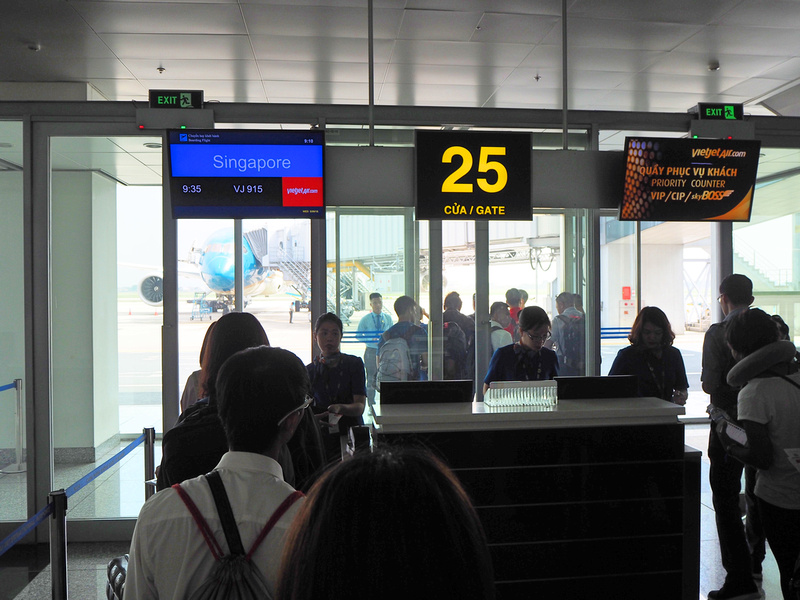 Boarding via the tarmac at Hanoi. 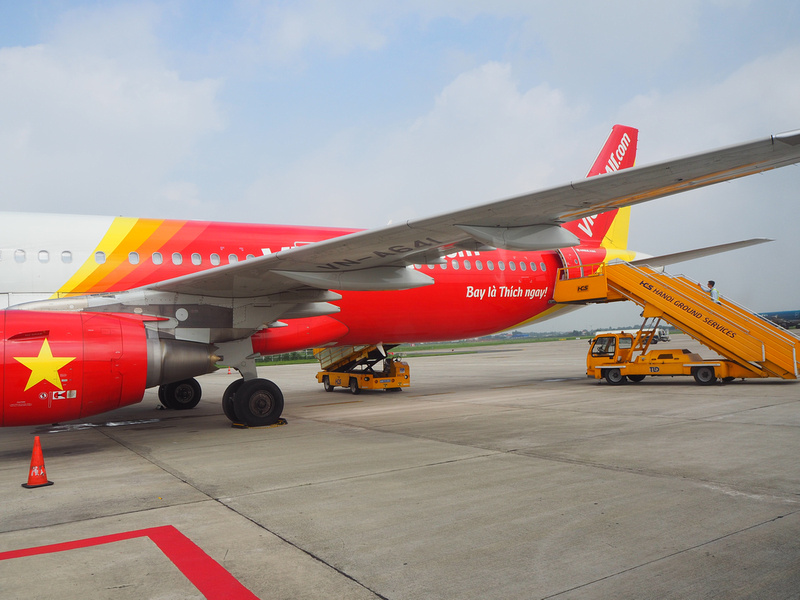 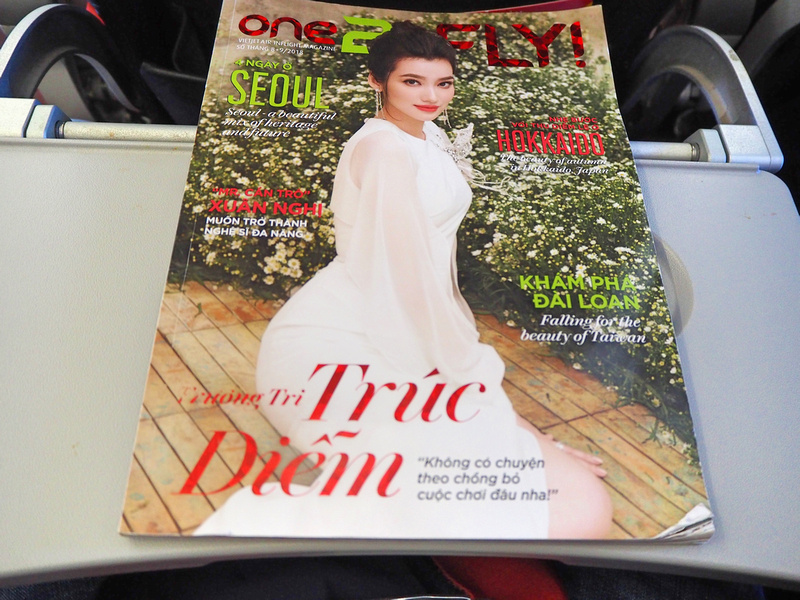 There is a list of destinations but it’s hard to get an idea without a map. 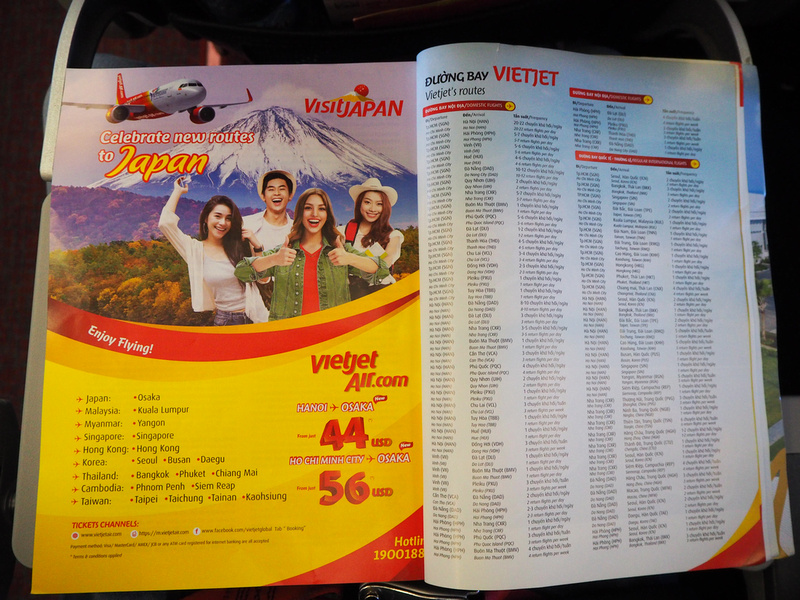 I always read the news section for new flight announcements. In this case VietJet have bought another 150 jets, which includes long range versions of the 737’s. These will eventually be used for flights to Australia and the United States. 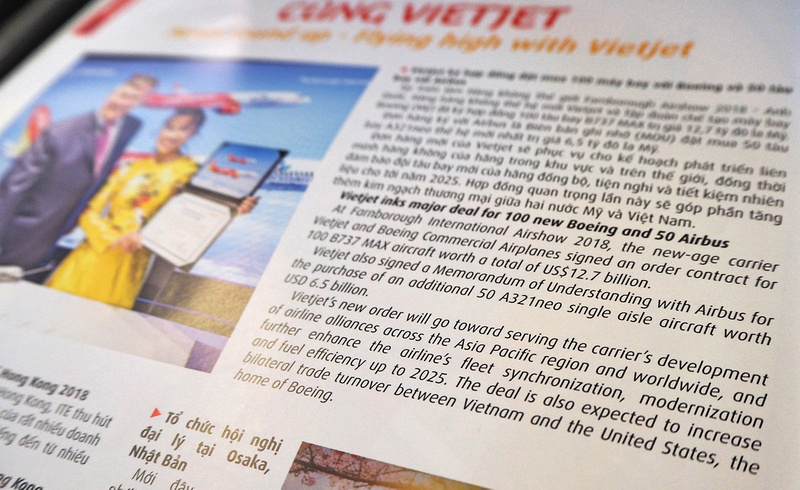 There is no free meal service, but you can order something onboard. 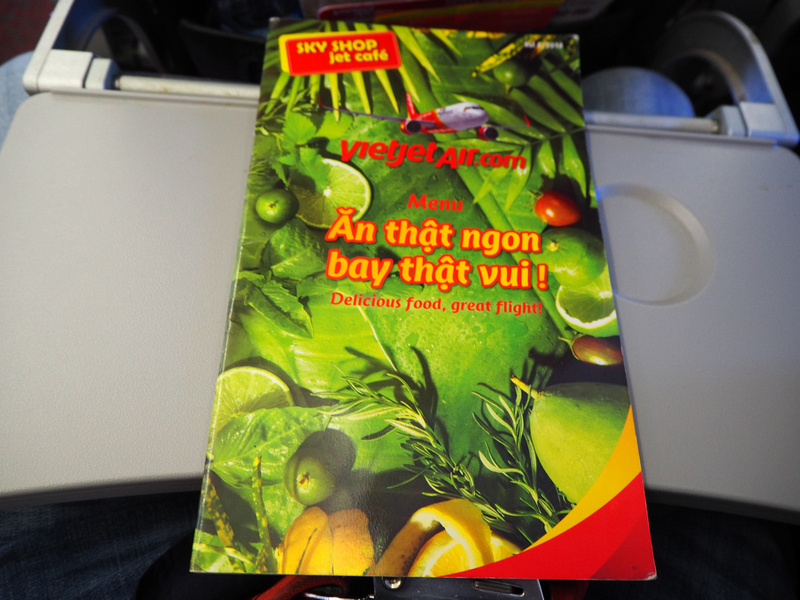 Hot meals on international flights are 100,000 VND / $5 USD. I was already dreaming of my first meal back in Singapore, so I wasn’t tempted to eat anything. 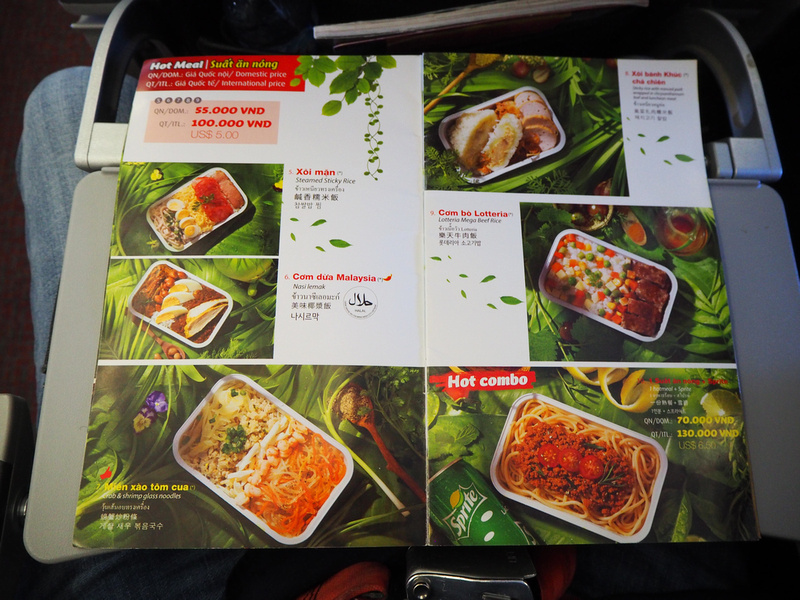 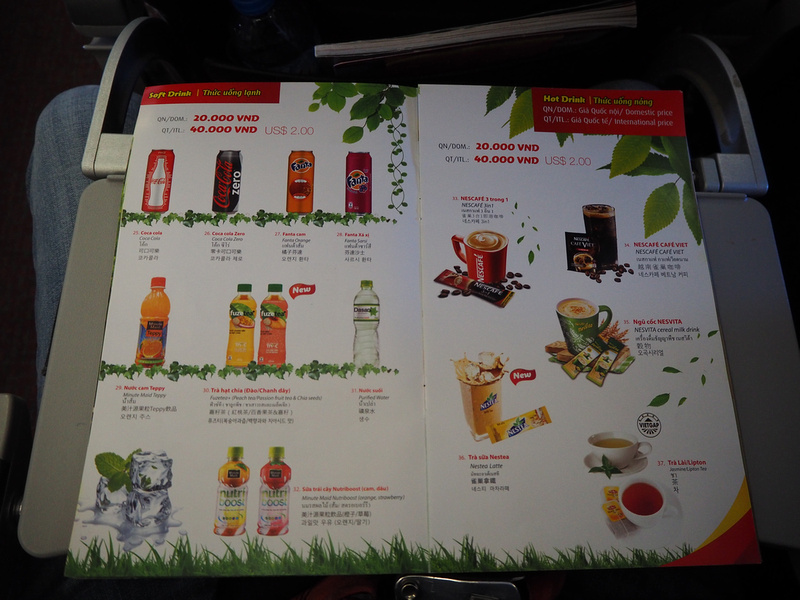 I got a coffee. 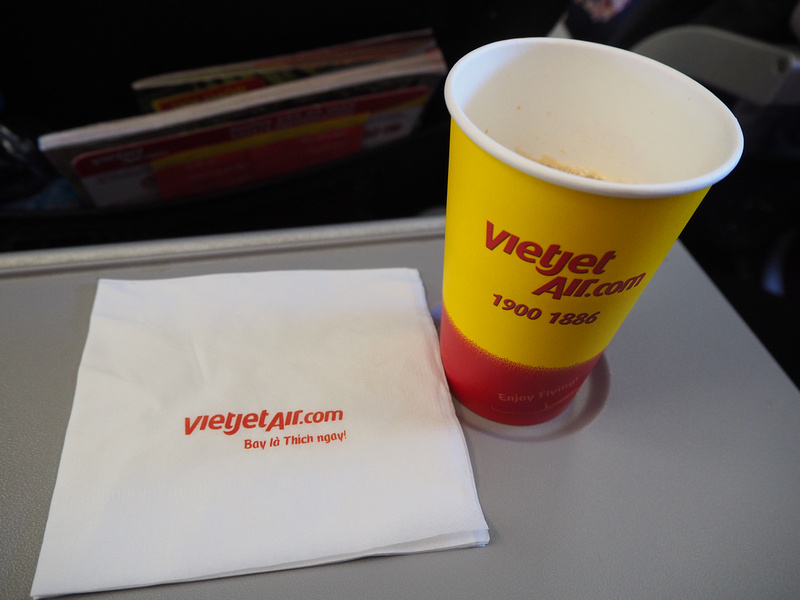 A Singapore immigration form is provided onboard. 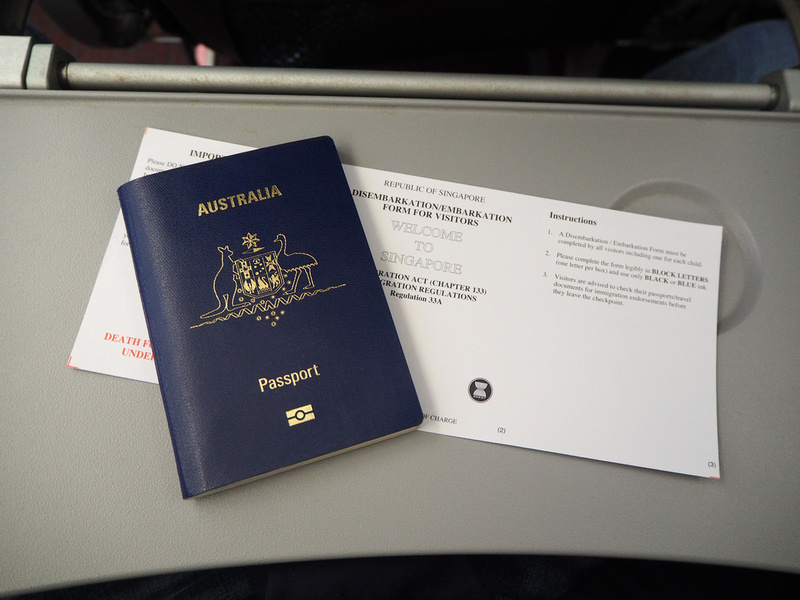 The flight arrived on time at Changi Terminal 4. 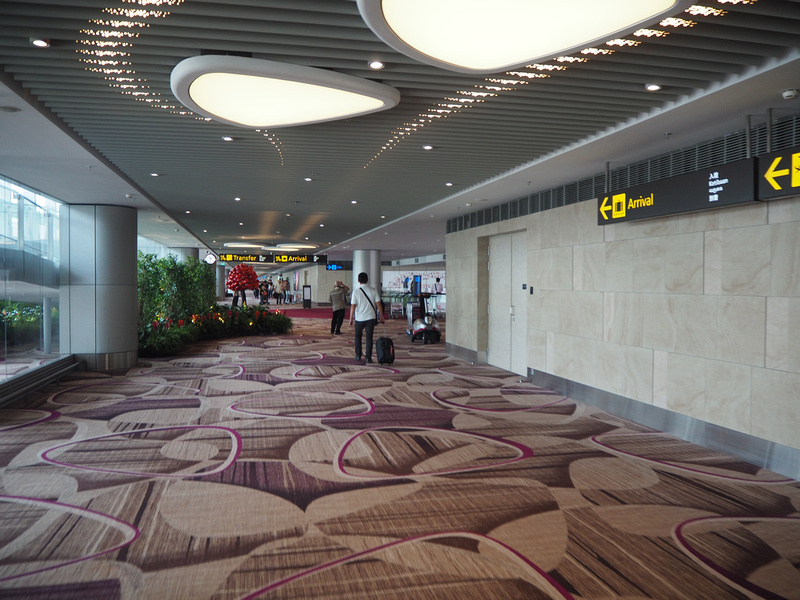 T4 is the newest terminal (until T5 opens) and it feels like a resort. 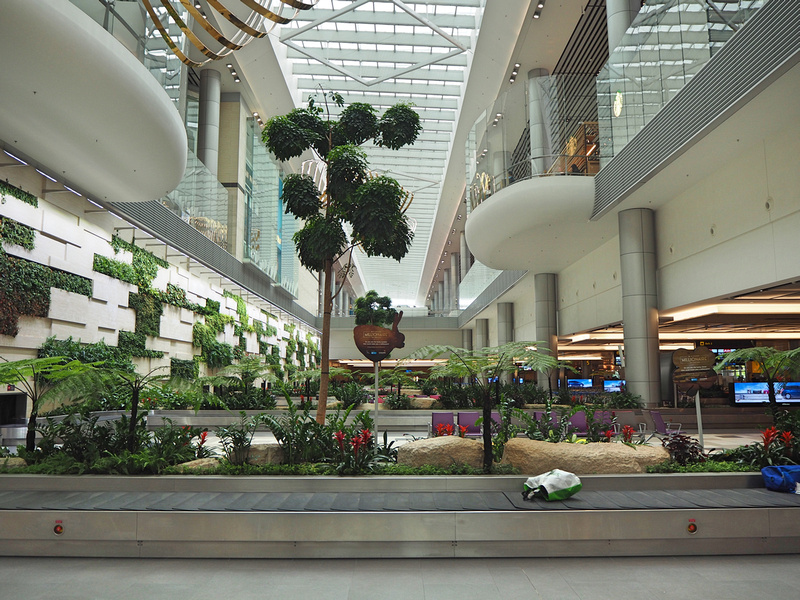 At the baggage claim there is a lounge area where you can recharge your batteries. I was about to sit down just for the hell of it but my bag was already there. I love this airport. 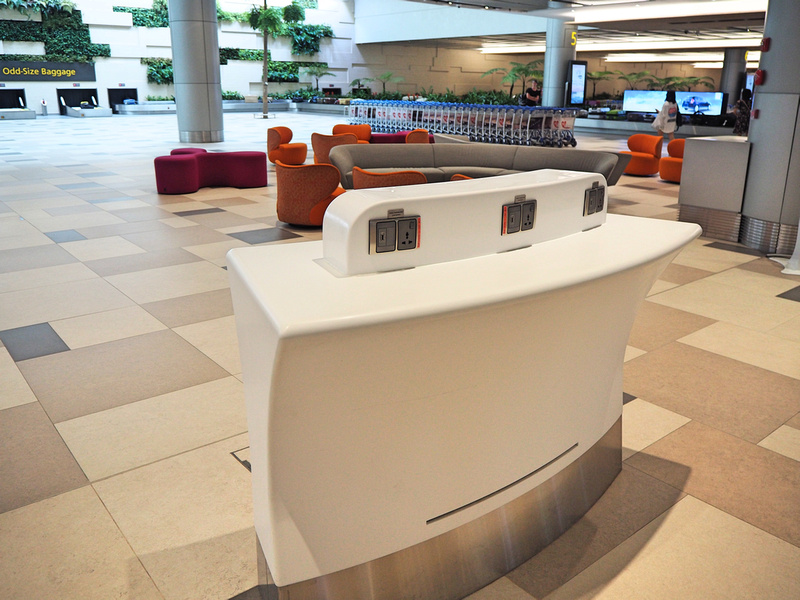 Overall this was a good flight option for getting from Hanoi to Singapore. The time of day and price and relatively short notice trumps the lack of frills compared to a full service airline.