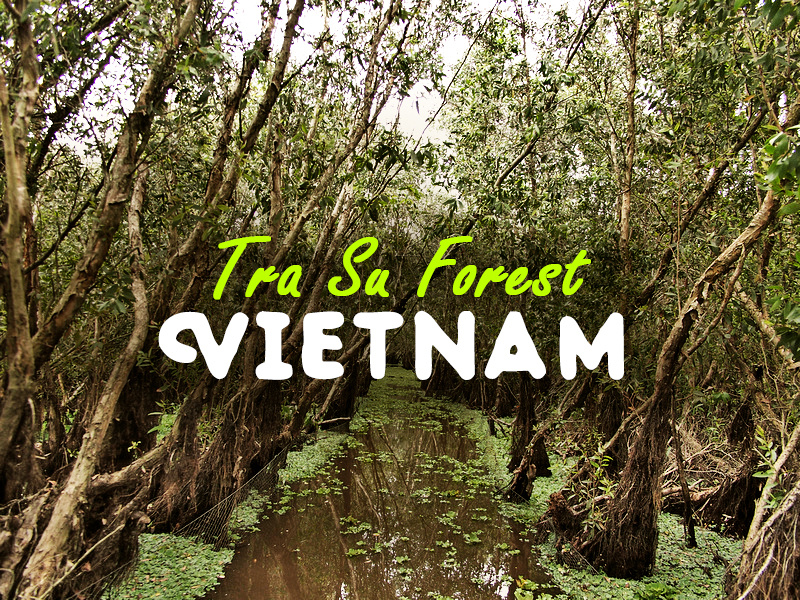 One of the lesser-known attractions of the Mekong Delta region of Vietnam is the Tra Su Forest. The forest is a former plantation that is now a wildlife reserve. There are canals which are flooded (usually between November to March) and there are boats that will take you on tour.

The forest is about 20km from Chau Doc, which is on the Vietnam/Cambodia border in Southern Vietnam. There are tours that visit from Chau Doc, or can hire a motorbike and see some of the other sites in the area on the way.

Chau Doc is too far from Ho Chi Minh City to make it a viable day trip. If you have limited time in the Delta I would visit a floating market first. However if you are slow travelling around the Delta or if you have arrived in Chau Doc via Cambodia then it is worth making a detour for.

It costs 150,000 VND ($6.66 USD) per boat so if you are by yourself see if you can split a boat with another group. The tour starts with a speed boat through the larger canals. 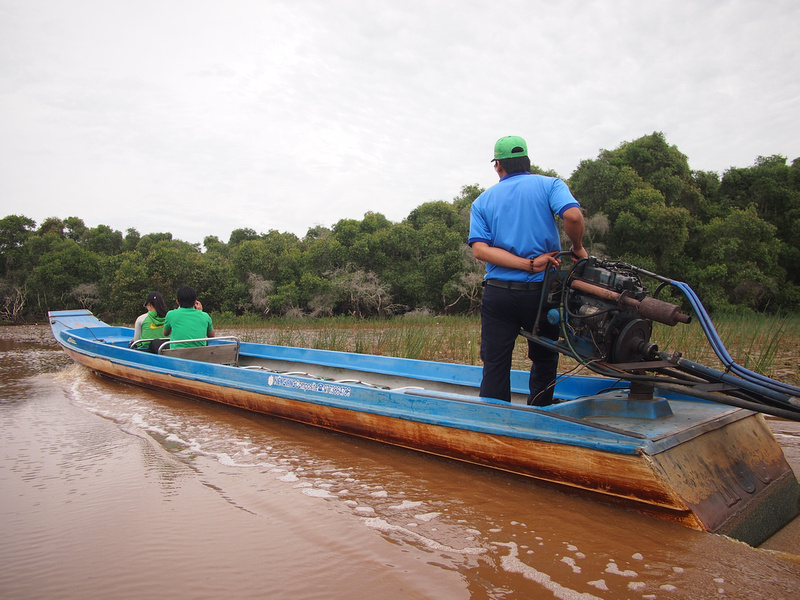 On the way there is plenty of birdlife and you will see beautiful lotus flowers – the floral emblem of Vietnam. 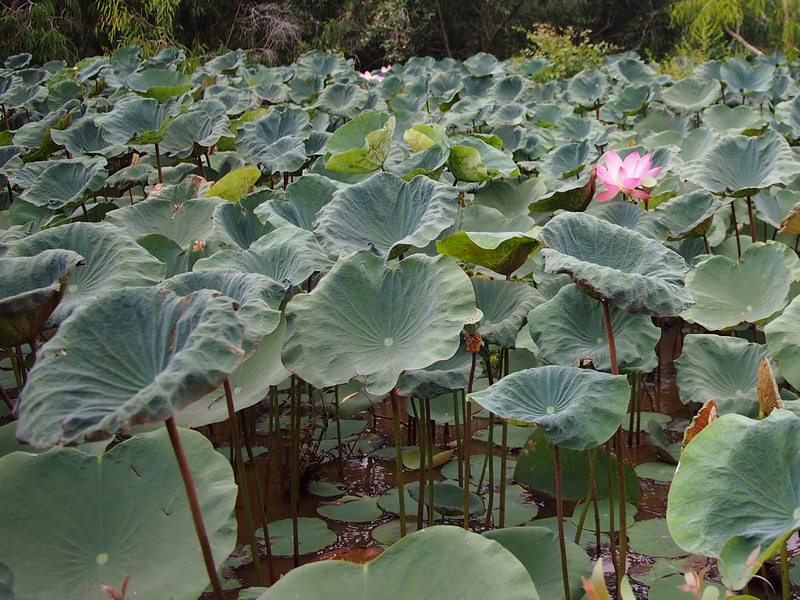 The speed boat takes you into the interior of the reserve where there are smaller boats with rowers waiting for the next segment of the trip. 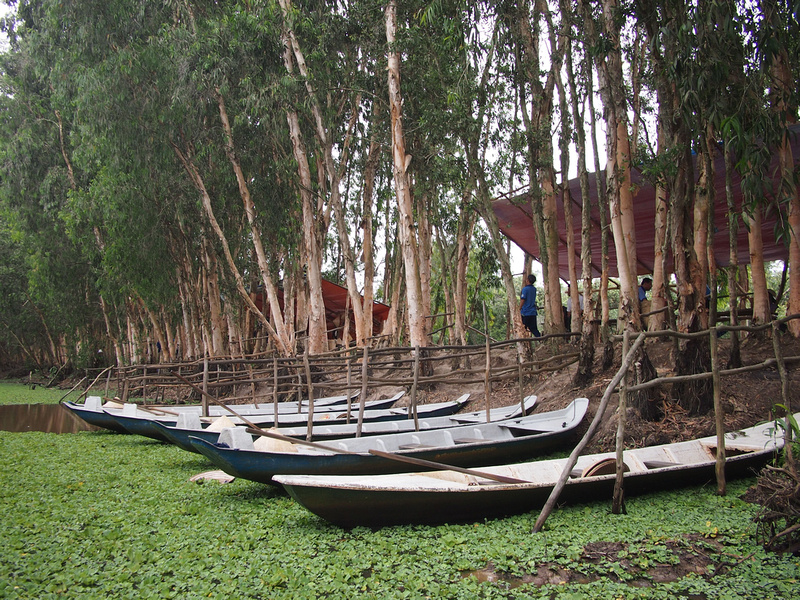 This is where the trip gets more relaxing as you now only have the sound of the rowers oar while gliding through the flooded forest. 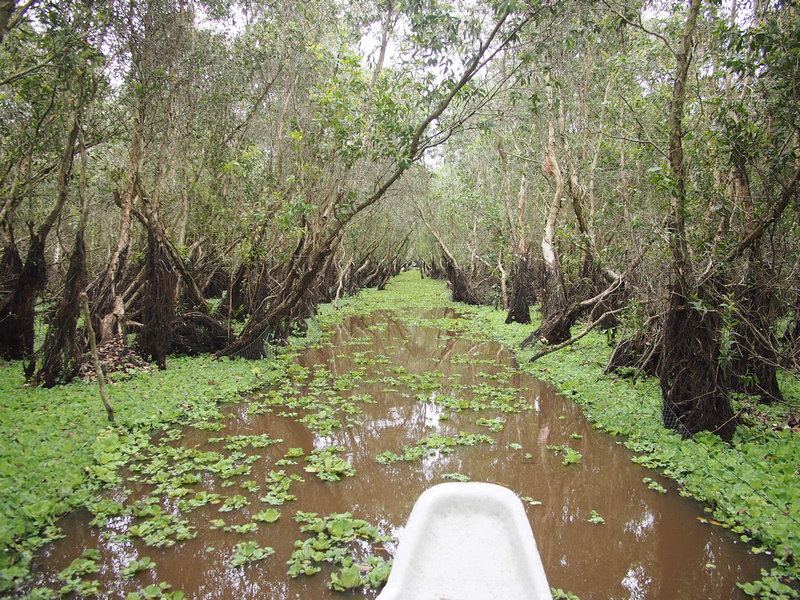 During the trip you will see other canals that are now disused and filled with vegetation. 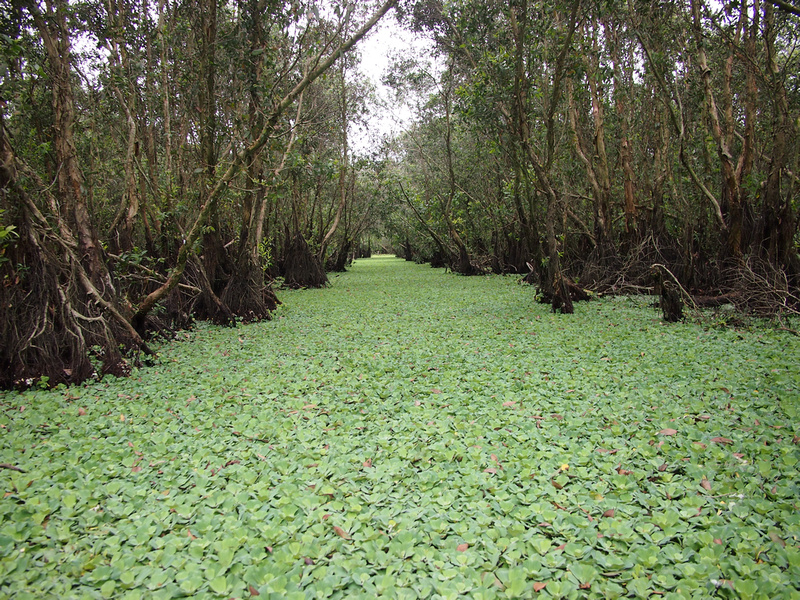 In such a noisy country is almost unnervingly quiet in this forest. 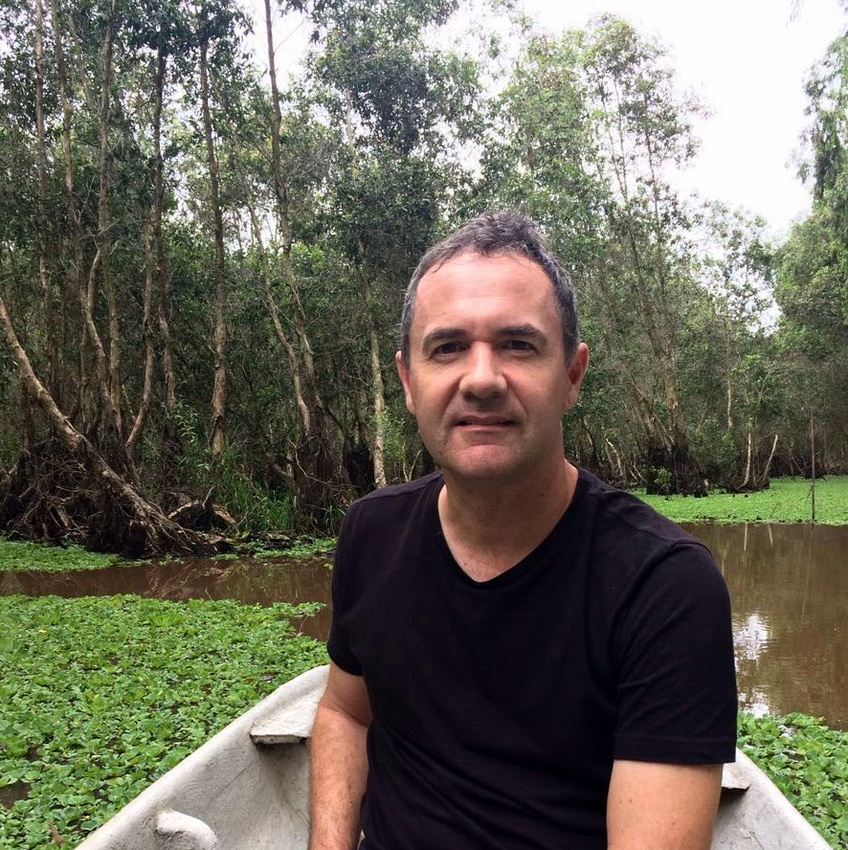 After being rowed through the forest it is back to the speed boat. 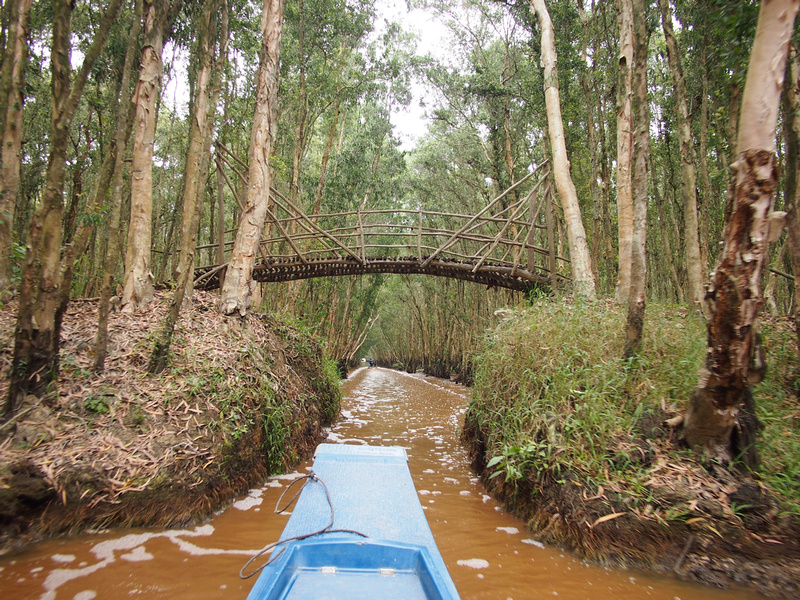 There are some walking paths in the forest and an area with an observation platform which is worth walking to. 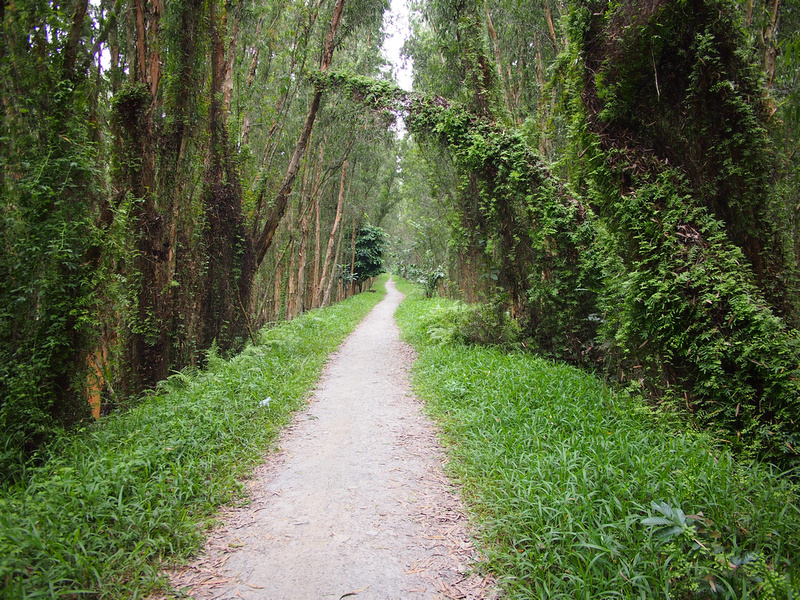 A specialty of the Mekong Delta are rats. These are not your average city rat that has lived its life in the gutter, but field rats from the rice paddies.

At the observation platform there is a food area which has a restaurant that serves rats. I had seen pictures of rats served on skewers which gave a visual impression of what you are eating. Here though the rats were served quartered. If I didn’t know what it was I probably wouldn’t have guessed it was rat.

The cooked meat looked very appetising. I’m not going to say it tasted like chicken, because it didn’t, but the meat was white and had the same appearance as bbq chicken on the outside. All I can say was it wasn’t gamey like I thought it would be, and it was a tasty meat. 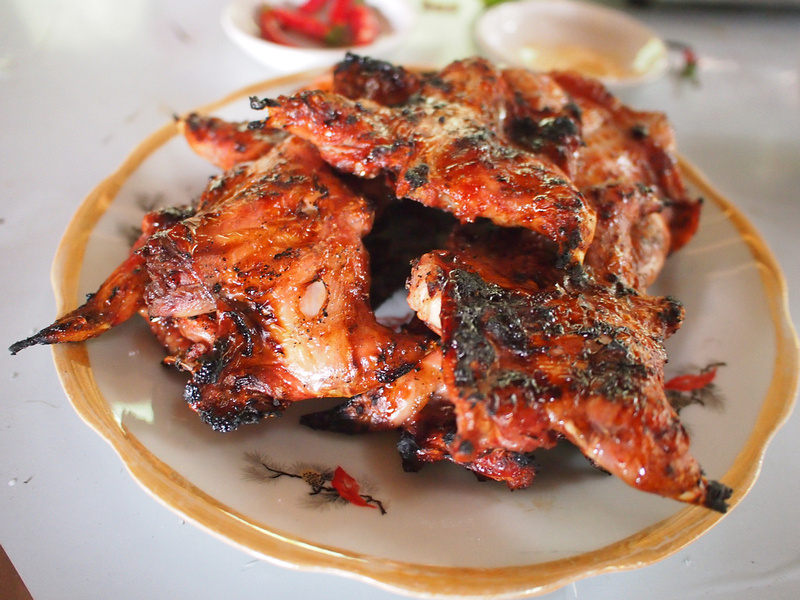 Where to stay in Chau Doc

I stayed at the Thanh Nam 2 Mini Hotel, which is a reliable backpacker guesthouse in Chau Doc.

A good option is the Hung Cuong Hotel, which is the middle of the action in Chau Doc.