The Tokyo subway system is one of the world’s largest mass transit networks. There is not an official name that represents all of the lines that serve Tokyo, though Tokyo Subway is often used to refer to all lines.

Technically, the Tokyo subway is just one part of the urban rail transit network. The Tokyo subway consists of the Tokyo Metro and the Toei Subway. The East Japan Railway Company (JR East) operates lines, as well as several other railway operators serving Greater Tokyo.

This guide lists all of the network maps issued by the operators, along with independent maps that show all lines.

All maps are the English version of high-resolution maps that can be downloaded. I have left out maps of operators that only show their own lines.

Tokyo Metro has an online searchable map of the Metro lines.

The subway map is also downloadable as a PDF file. This includes Tokyo Metro and Toei Subway lines in bold, with other lines depicted with thinner lines.

The map can be viewed on the Toei Subway map page and as a PDF Map. 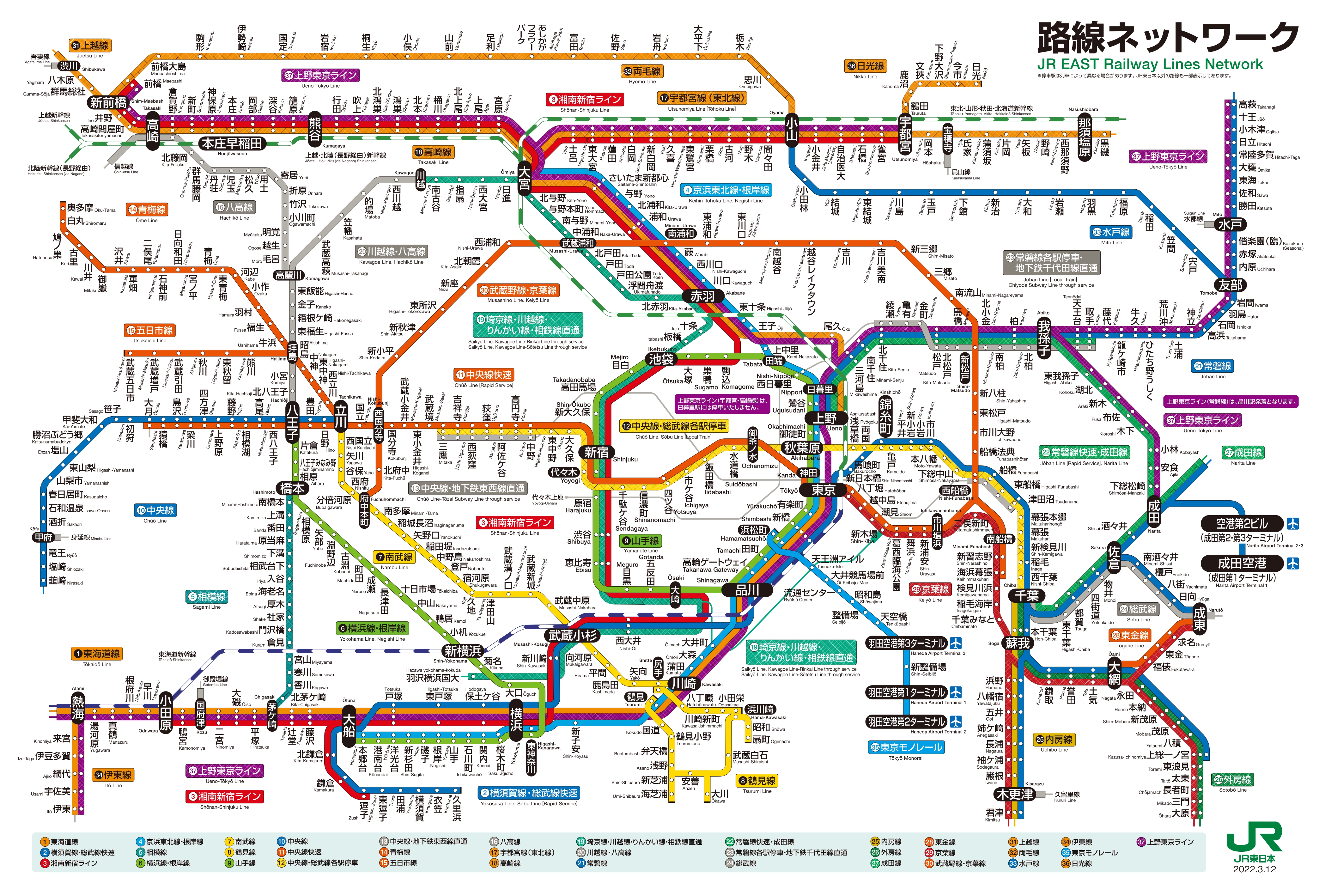 East Japan Railway Company (JR East) operates commuter and long-haul trains throughout the Greater Tokyo area. JR East operates the Yamanote Line, which encircles central Tokyo and is a defining feature on many metro maps. The circle (which is not a circle in real life) forms a foundation upon which transit-style maps are drawn on.

The JR East Tokyo map (above) shows how extensive their network is, though it’s not much use from a passenger’s perspective without the subway lines.

JR East has a system map where their lines are shown in bold, with the subway lines shown as thinner lines.

JR East also publish a full network map, which is labelled as Suica/PASMO Network Map. This map shows areas where Suica/PASMO (the stored-value cards) can be used. This is the most complex rail map of Tokyo.

Go Tokyo is the official website of the Tokyo Convention & Visitors Bureau. While this is not a map by one of the railway companies, this is the official Tokyo travel guide so I will place it in this category of official maps. This map has shaded the area inside the Yamanote Line in light green, which helps you find your bearings on the map.

This section includes independent maps from private companies and railway enthusiasts. The maps show all lines in the Greater Tokyo area. 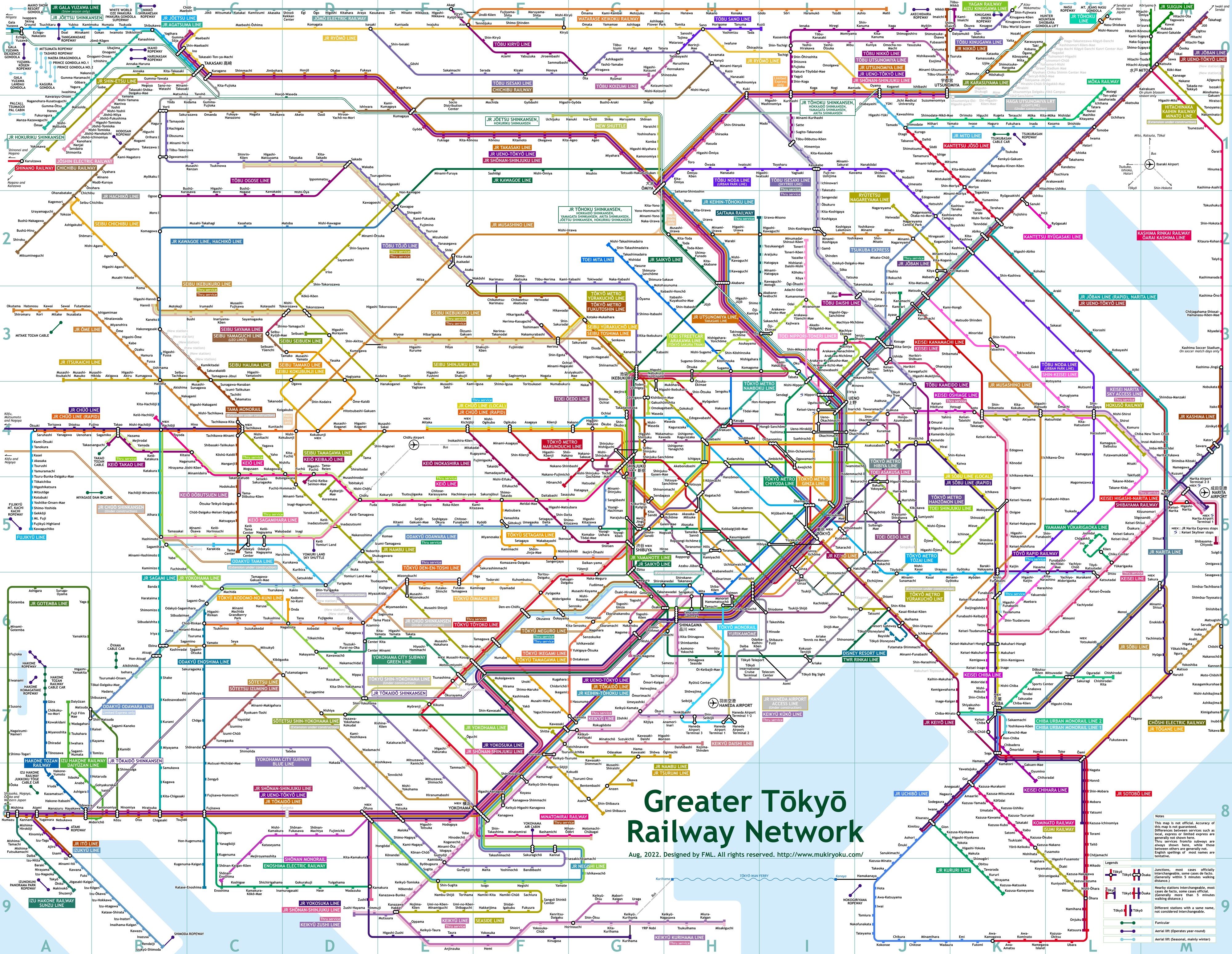 The Greater Tokyo Railway Network by Kzaral shows every line equally, so it truly shows the entire network.

UrbanRail.Net has a map of all lines on one map, with details of each line.