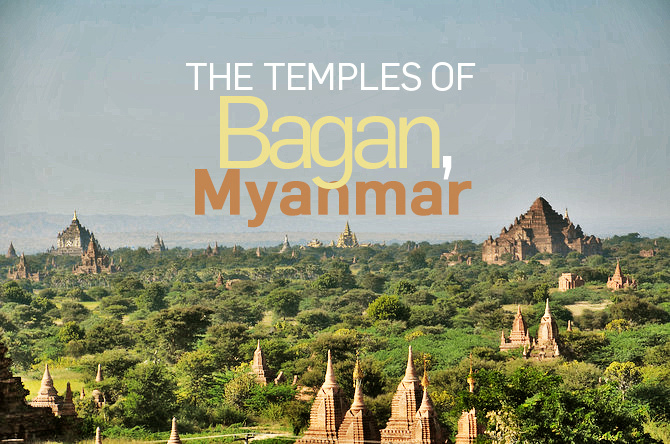 After visiting the incredible Shwedagon Pagoda in Yangon I was wondering if anything could top that in Myanmar? It didn’t take long to find out, with my next stop at Bagan. 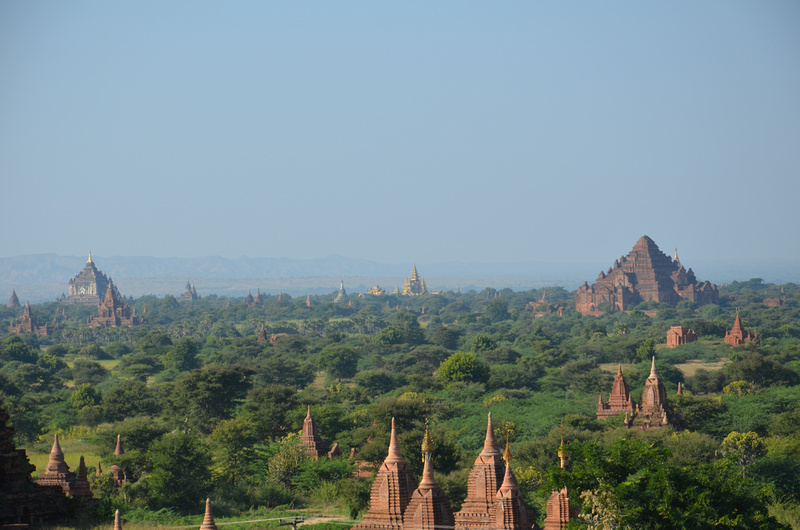 [Temples on the Bagan Plain]

Bagan is the site of a ruined city in central Myanmar that was a powerful capital nearly thousand years ago. At its peak there were over 10,000 Buddhist temples, pagodas, and stupas in the city. Today there are “only” just over 2000 pagodas remaining.

The historical area covers 42 sq km on a plain by the Ayeyarwady (Irrawaddy) River. Looking out over the plain it is hard to imagine that this was once a great city. It made me wonder what would Bangkok look like if it was abandoned with only the Wats remaining. Or Rome with only churches left standing.

The first photo you see of the temples on the plain, in the green space between the temples there was a city, with shops, houses and administrative buildings. Ohh to have a time machine to see what this looked like. 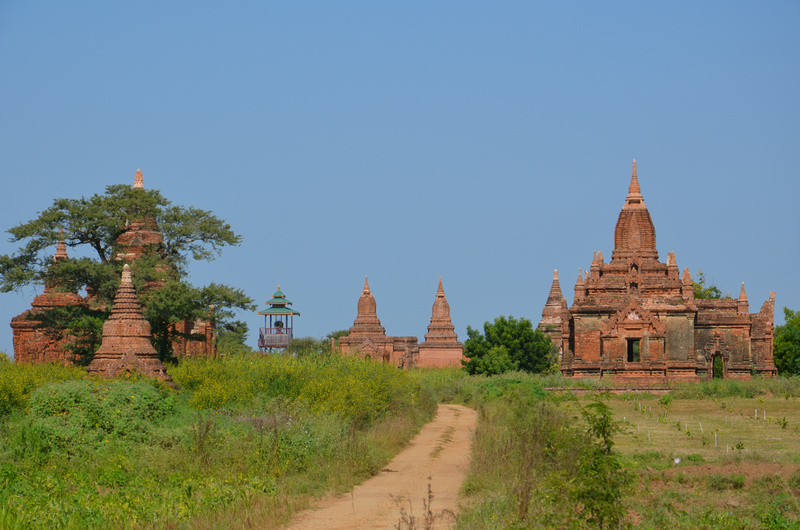 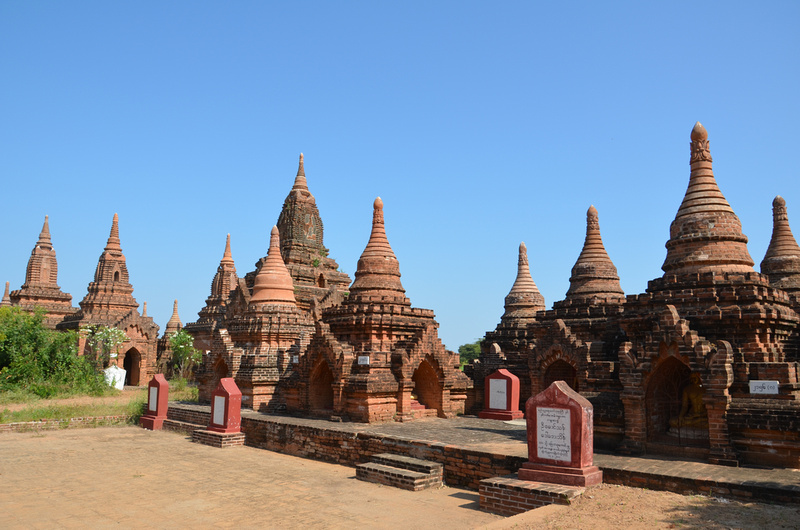 [A cluster of small temples]

Within the historical area there a number of towns, with New Bagan, Naung U, and Old Bagan having accommodation available. Most of the budget places are around Naung U, which is where the bus from Yangon terminates. I got the bus from Yangon at 5pm which arrived at the ridiculous hour of 3am. 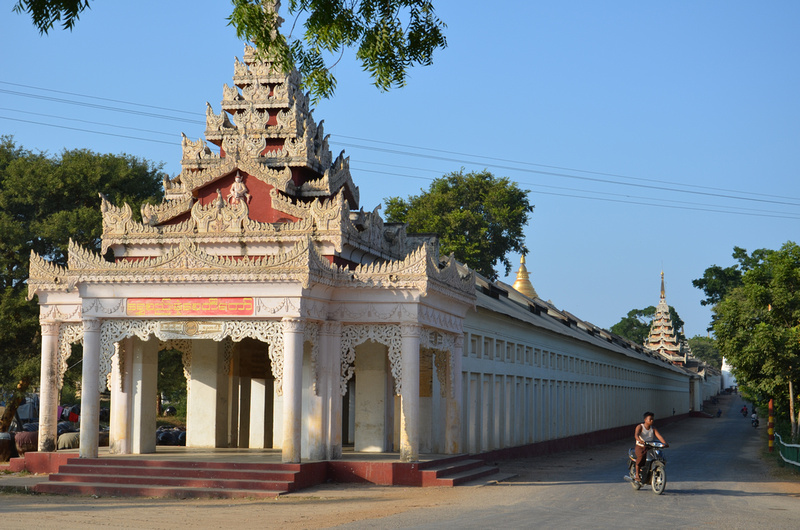 [Entrance to Shwe Zigon Zedi at Naung U]

There is not much to do in these towns, which is just as well as it took a few days of solid cycling to see the highlights. The roads between the main towns are paved and flat, but between the towns and into the plains many of the roads are dirt (and sometimes sand), which was test on my fitness. 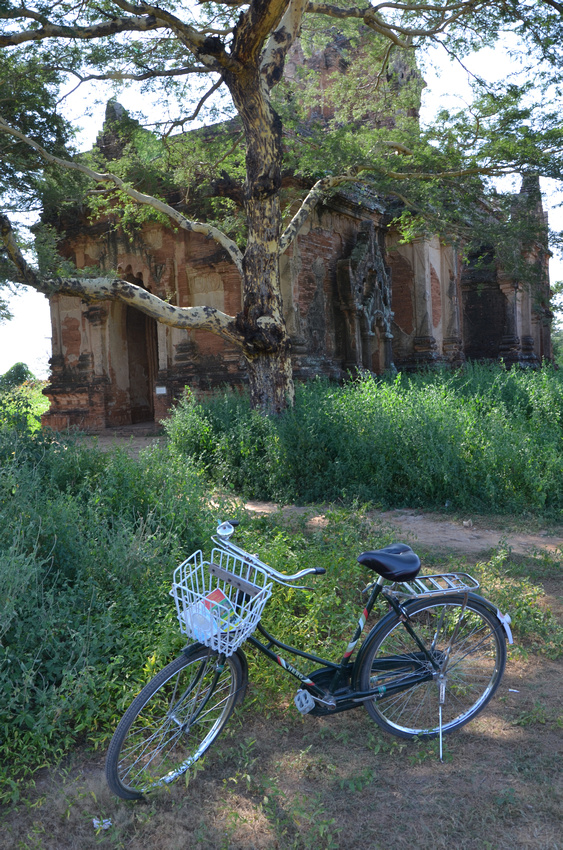 In and around the temples

With so many temples scattered everywhere it wouldn’t be possible to visit all of them. Upon passing each one I would ask myself if I should stop and have a look or keep cycling along? Many of the temples are still used as a place of worship, even some that look like nothing more than a ruin. 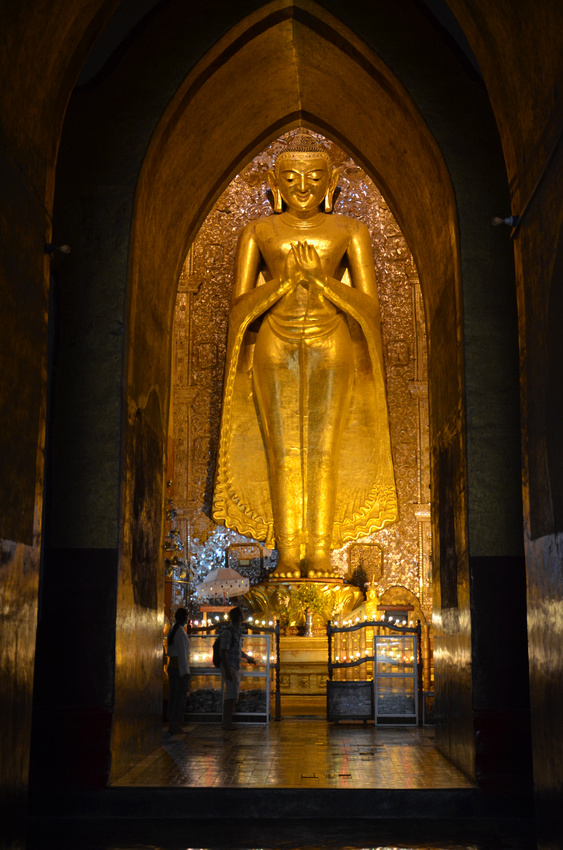 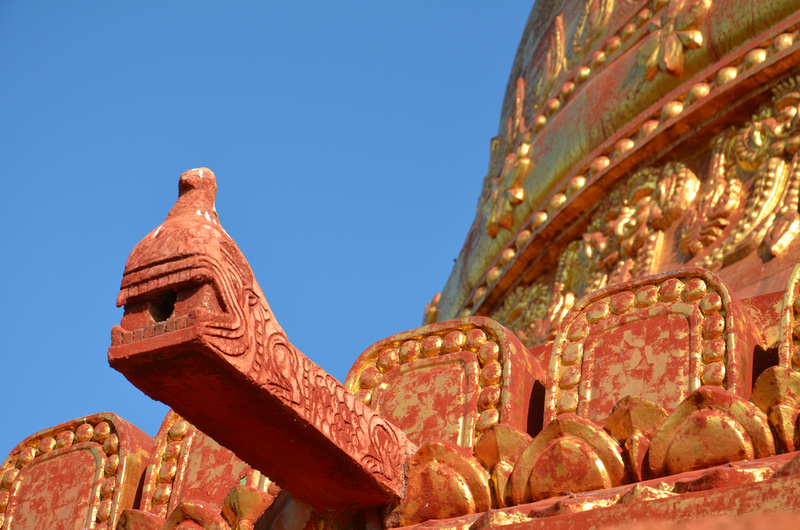 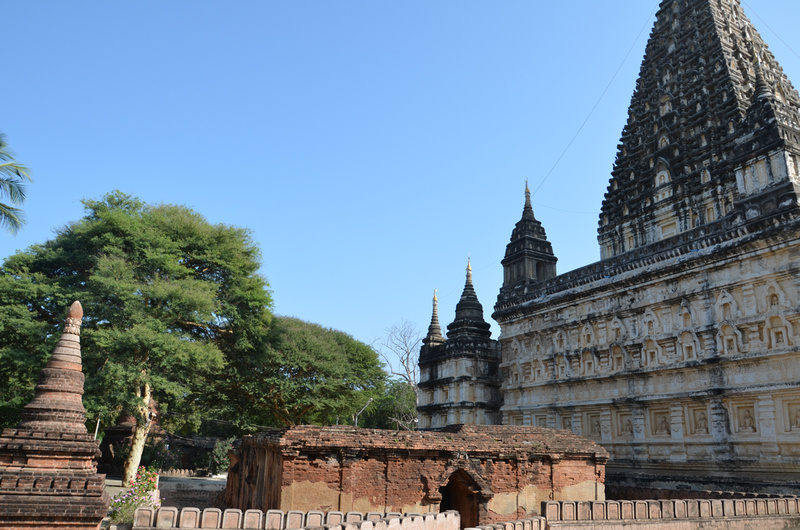 For getting around the temples the choices are limited. There are no tuk tuk drivers for hire here like there is at Angkor in Cambodia, and the hiring of motorbikes to foreigners is illegal (boo!). The most popular way to get around is by bicycle. The guesthouses have bicycles for hire for around $1 a day. Most of them are of the rickety cheap Chinese variety. Be sure to test it out before cycling away. 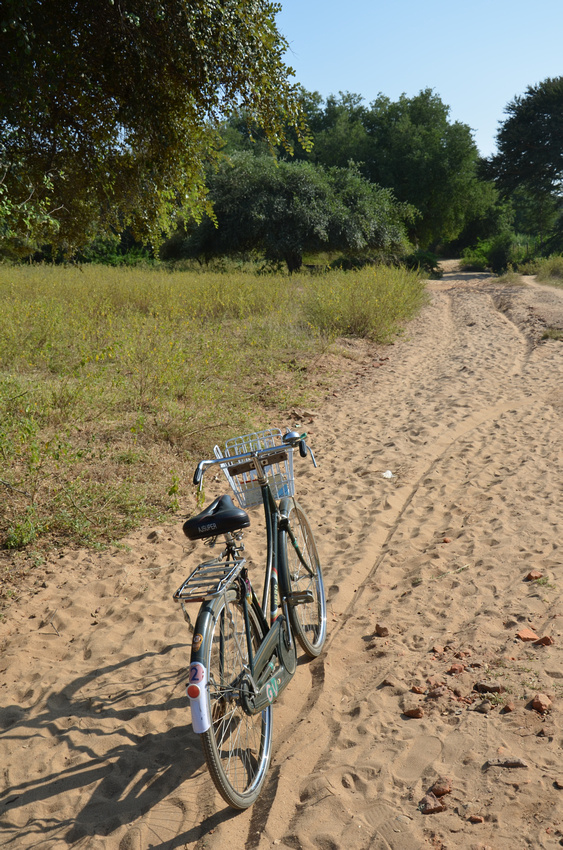 If you are not up for the workout on the sandy roads and intense heat, there are private tours in minivans. horse and cart tours are are also available. If you are interested, a driver will soon find you at whatever town you are staying in. 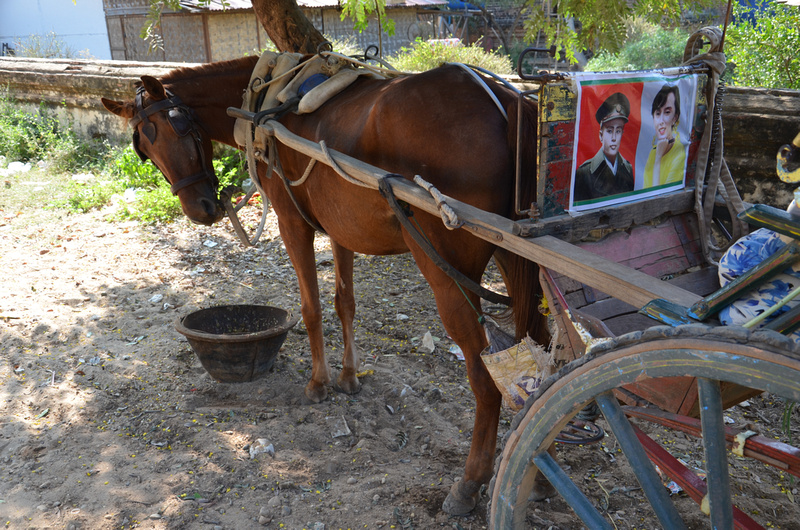 [Horse and cart at Bagan]