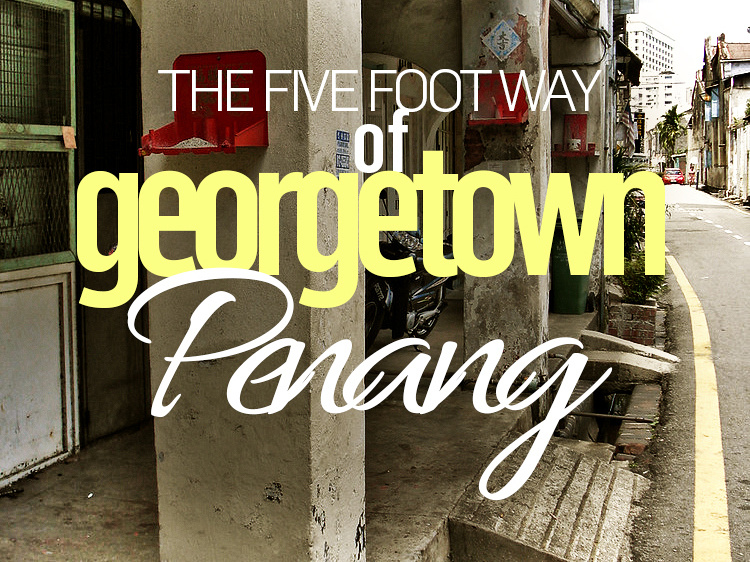 Georgetown in Malaysia is one of best preserved colonial cities in Southeast Asia. The streets of Georgetown are lined with shophouses from the 19th and early 20th century in varying states of conservation. 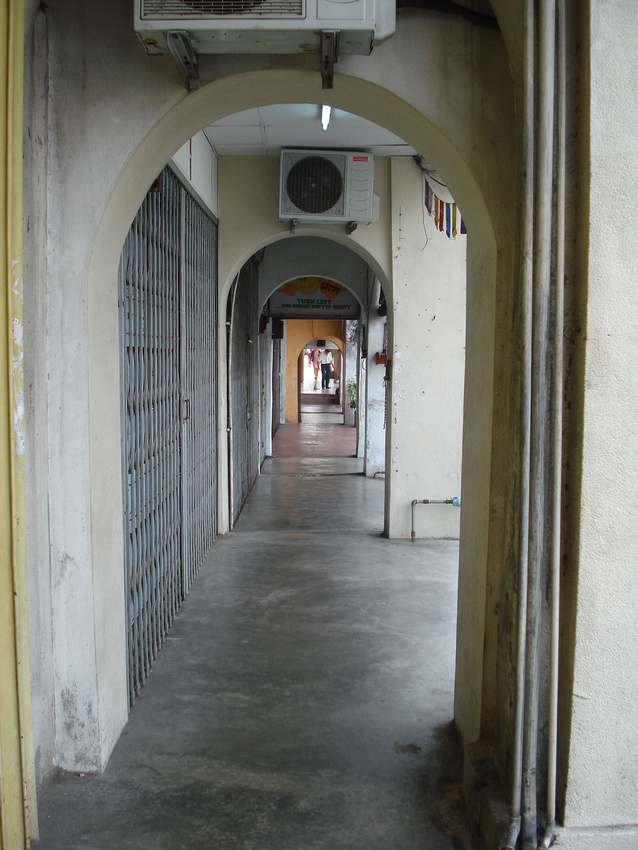 Every shophouse has a five foot way (kaki-lima), which is a sheltered walkway in front of each shop front. As the name suggests the walkways are five foot across, providing shelter from the tropical heat (and tropical downpours).

This style of architecture can also be found in Melaka and Singapore. 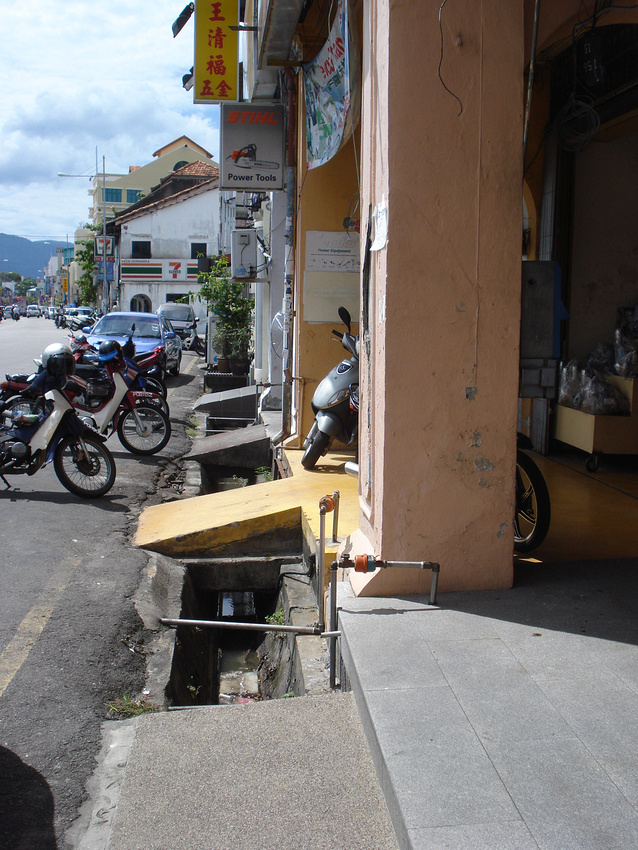 The shops are lined up continuously so the shelter runs uninterrupted between streets. However the height of the shop floors can vary, so it is never an even walking surface. 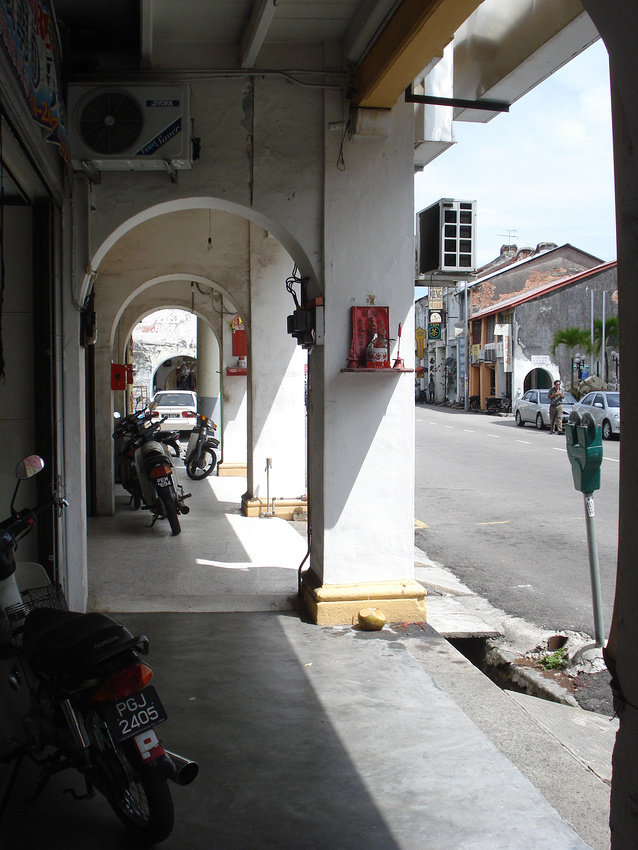 The walkways of the five foot way are a mixture of private and public space. Business activities spill out onto the walkways, from cafes and restaurants to wholesalers and metalworkers. 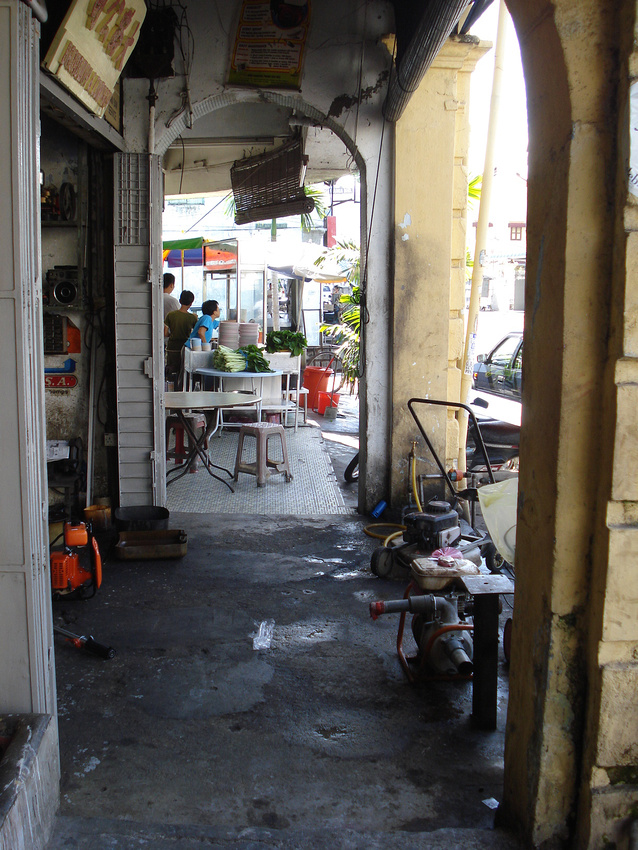 In front of private homes motorbikes are usually parked in the way. It is not uncommon to find the shop front open to reveal the living room of the home. 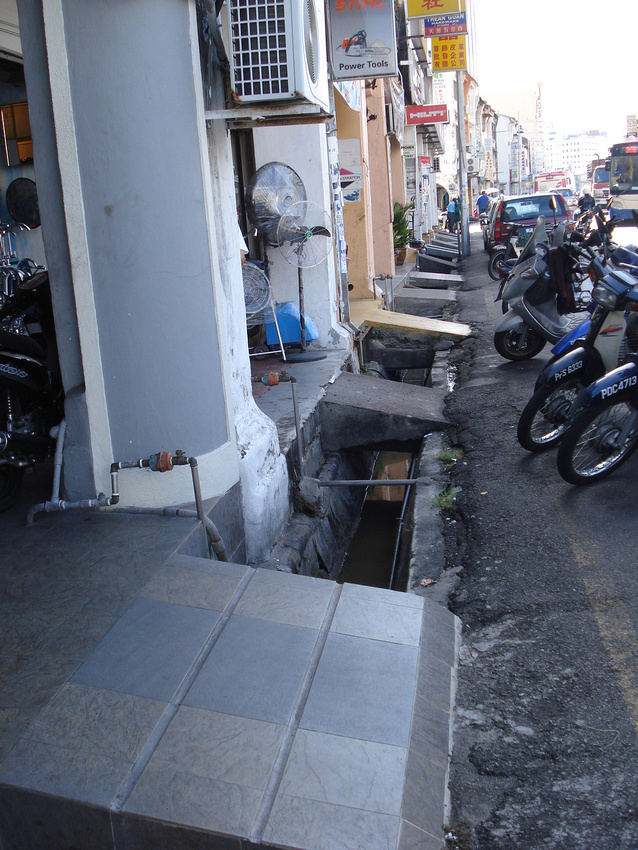 Thankfully the historical city centre became a UNESCO world heritage site in 2008. So while many shophouses are slowly decaying in the tropical heat, many of the shophouses are being conserved and turned into boutique hotels. 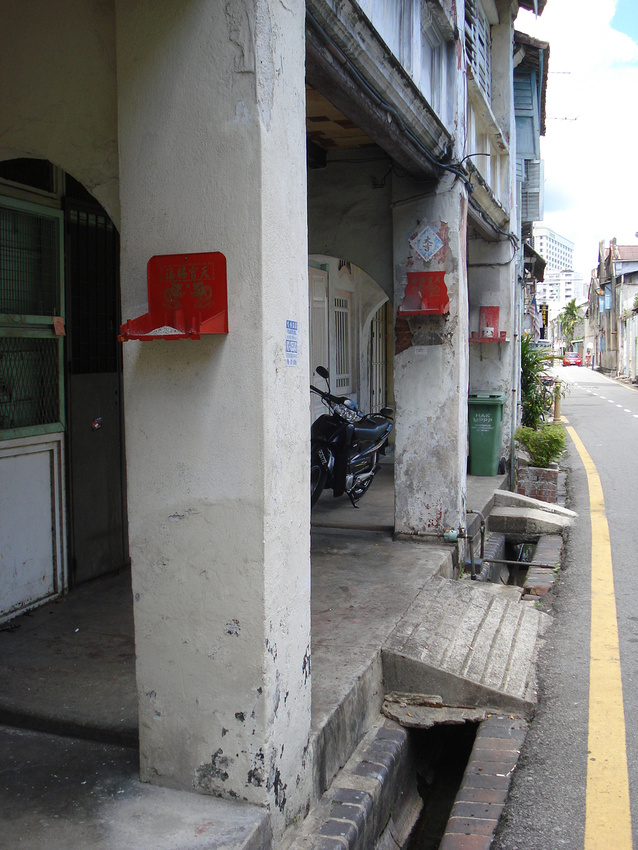