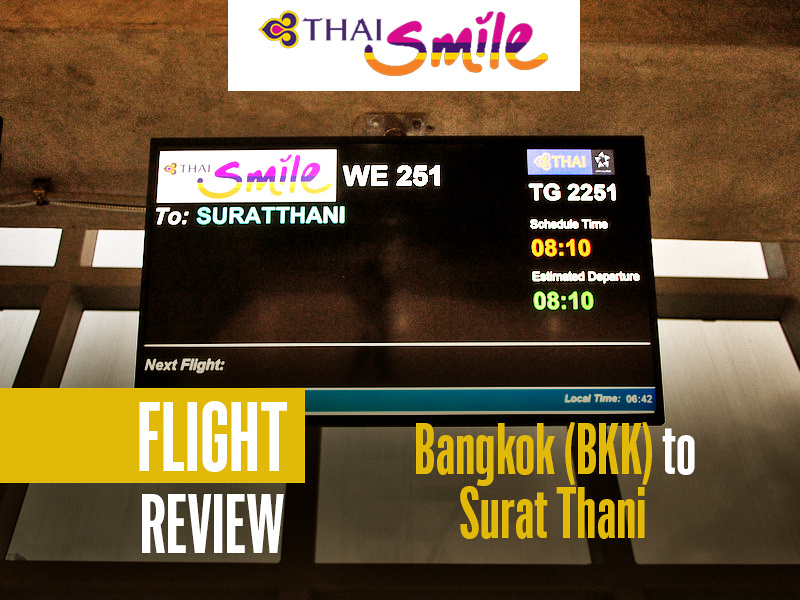 I flew with Thai Smile from Bangkok to Surat Thani. Surat Thani is in the south of Thailand and is the gateway airport for the gulf islands of Koh Samui and Koh Phangan (my eventual destination). There is an airport on Samui but it is privately owned and the airport charges are expensive compared to government airports. There are a number of airlines flying this route and I picked Thai Smile because it flies out of Bangkok BKK (Suvarnabhumi Airport), and I also wanted to try a new airline. 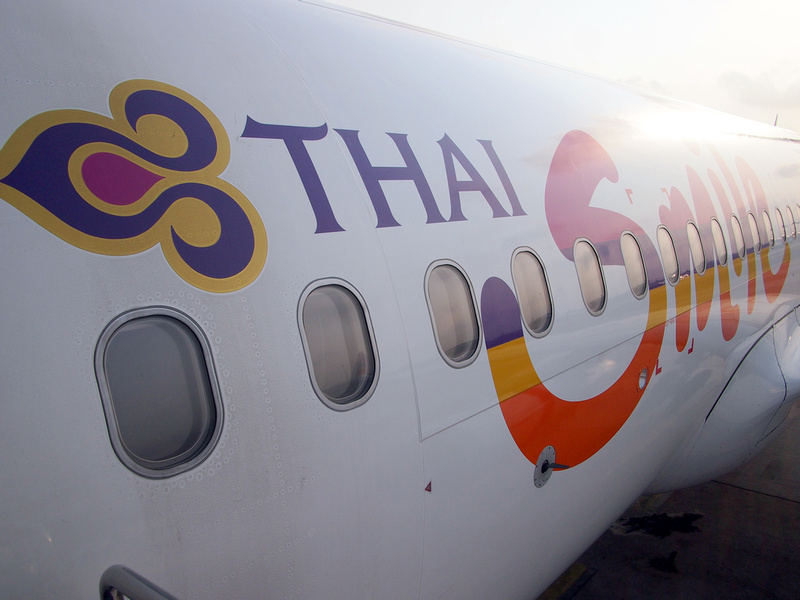 Thai Smile is a wholly owned subsidiary of Thai Airways. It began operations in July 2012 to function as a quasi low cost airline. I say quasi because it is cheaper than regular Thai Airways flights yet it still offers most of the perks of its parent airline.

For example checked bags are free, seat selection is free, and there is also a free meal/snack. 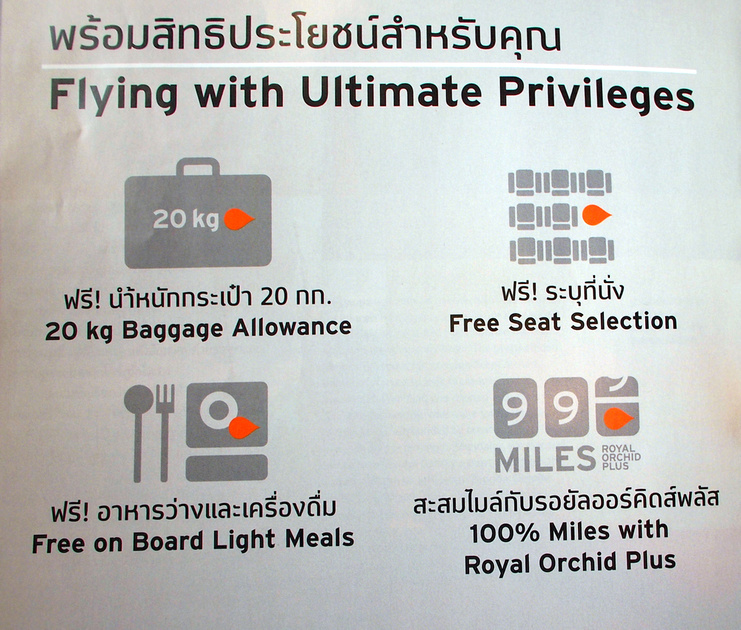 I checked in online the day before and made my seat selection. 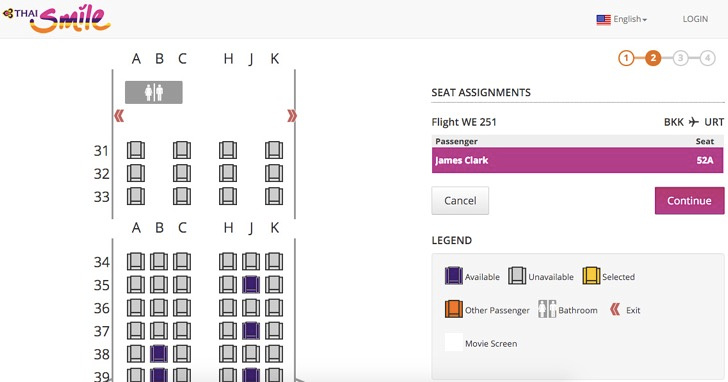 I like to check in online to try and get a preferred seat, and the queue for online check in is almost always smaller than the queue for those who haven’t checked in. In this case there was one person in front of me compared to a queue that was snaking its way around the ropes in the check in queue. 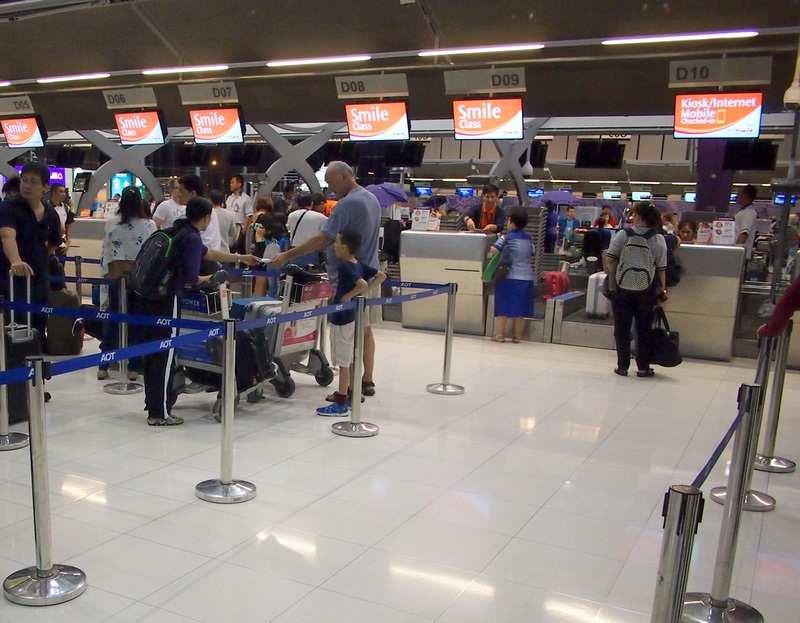 Even though the aircraft paint-job looks like a Thai Airways airplane with an extra sash painted on it, the airlines have separate identities. They have different IATA codes (Thai Aiways TG, Thai Smile WE) and different inflight magazines. 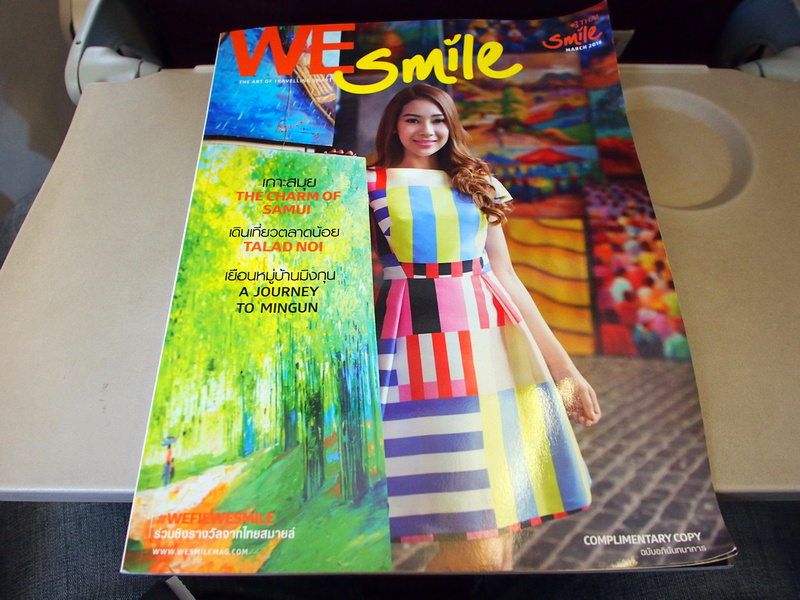 I was on a morning flight so a light breakfast snack was served. 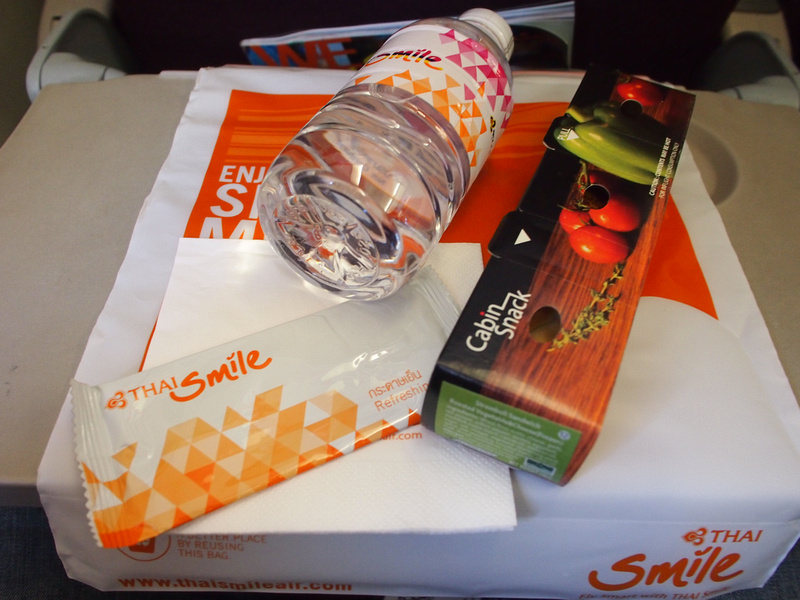 The breakfast was a hot vegetable and cheese stromboli sandwich. 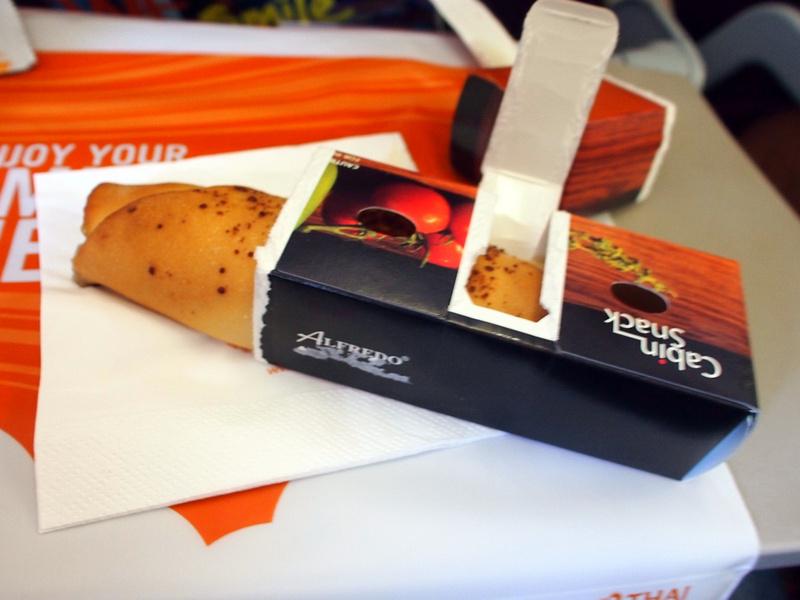 The service also includes a free coffee/tea or juice. 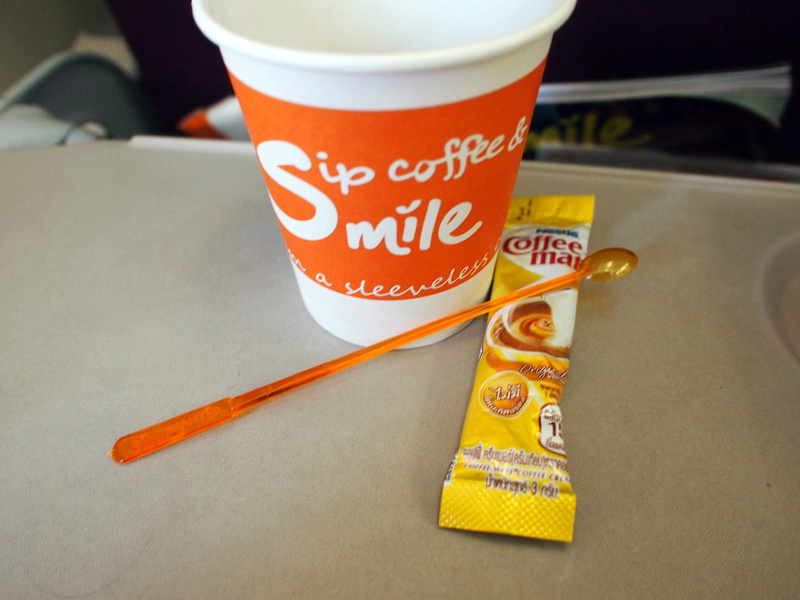 Overall it was a good flight and I was happy to get a cheap flight that departed out of BKK airport. I had only recently flown with Thai Airways from Bangkok to Chiang Mai, and there wasn’t a lot of difference in the product (the Thai Smile flight had a better sandwich!) The only difference was that I couldn’t earn points on my United Star Alliance account with Thai Smile, though you can earn points if you have the Thai frequent flyer account.

This makes me wonder why even bother setting up a new airline in the first place if it’s not that different.