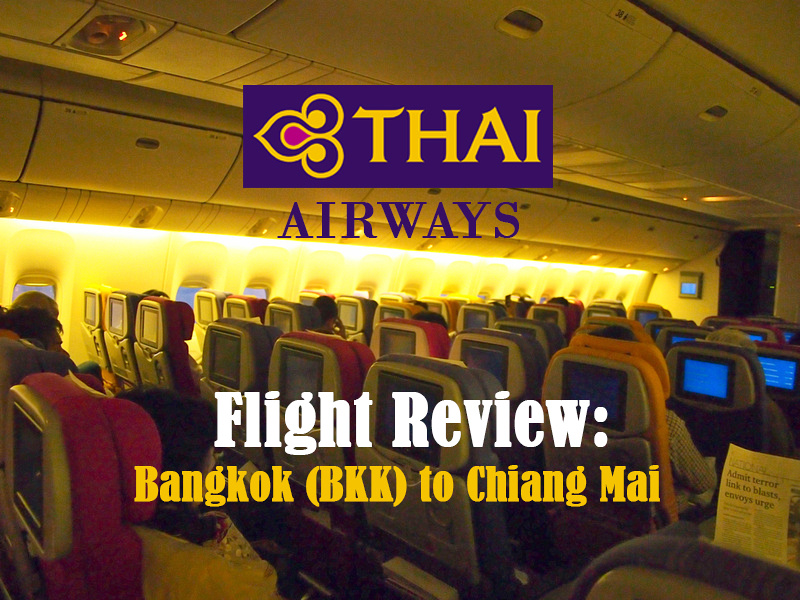 I flew with Thai Airways from Bangkok to Chiang Mai, and I found the flight via Skyscanner. This is a popular flight route in Thailand so the prices are always competitive. This flight cost 1800 THB ($50 USD) which is a great deal for a full-service airline for a one hour flight.

Thai Airways operates out of Suvarnabhumi Airport (BKK) which is the main airport of Bangkok. The airport has been open for nine years and it is already operating at capacity, which is why the low cost airlines (such as AirAsia) were moved back to the old airport (Don Muang). I mention this because this flight which was operating with a 777 aircraft was boarded from a ground gate. Sometimes BKK runs out of space and has no air bridges available.

The seating on this flight was 3-3-3 and the there was decent leg room. 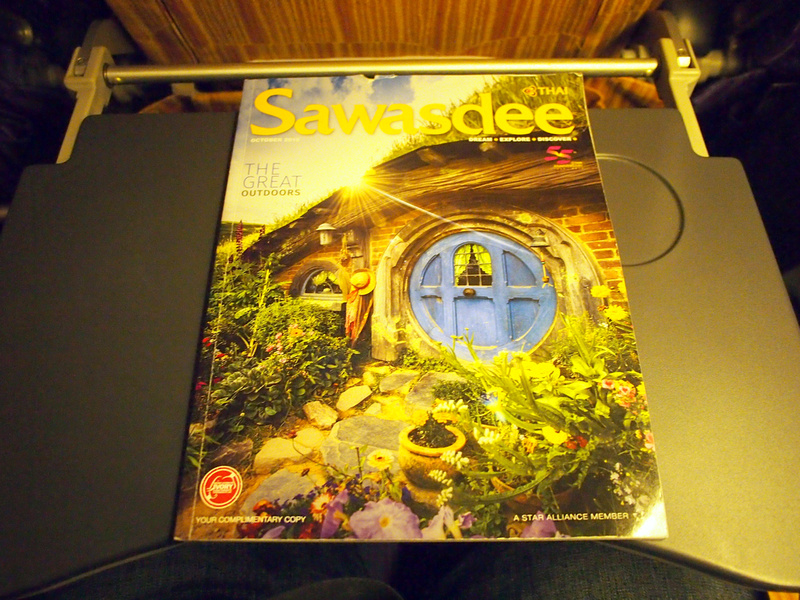 The flying time is one hour and includes a meal. The meal was an unremarkable white-bread sandwich and cake (about as un-Thai as you can get), and a sugary fruit drink. 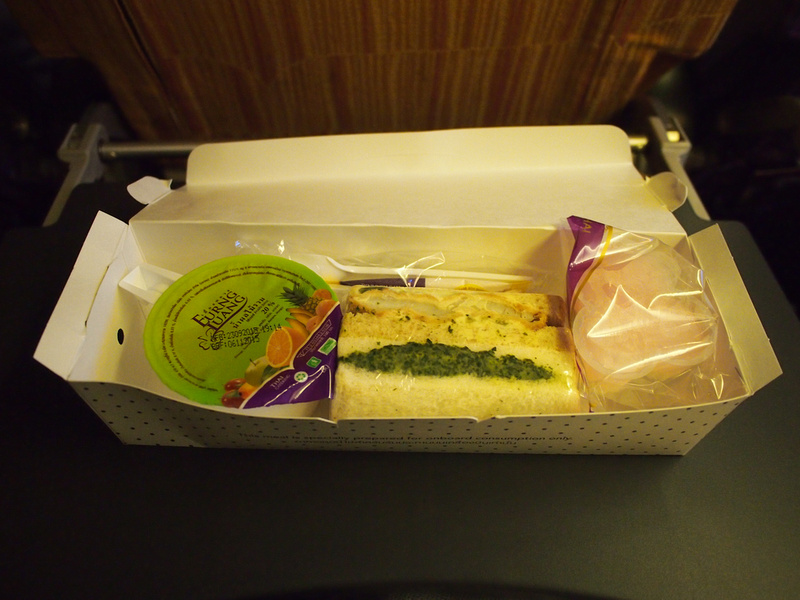 Thai Airways are part of Star Alliance but as this airfare was so ridiculously cheap I was not credited any frequent flyer points. I wasn’t expecting any but I registered my United frequent flyer number, just in case.

Overall this was a comfortable flight and if you are connecting with a Star Alliance flight from Bangkok it is a good option.

Here are some more revies of airlines flying between Bangkok and Chiang Mai:

If time isn’t an issue then consider getting the train from Bangkok to Chiang Mai.