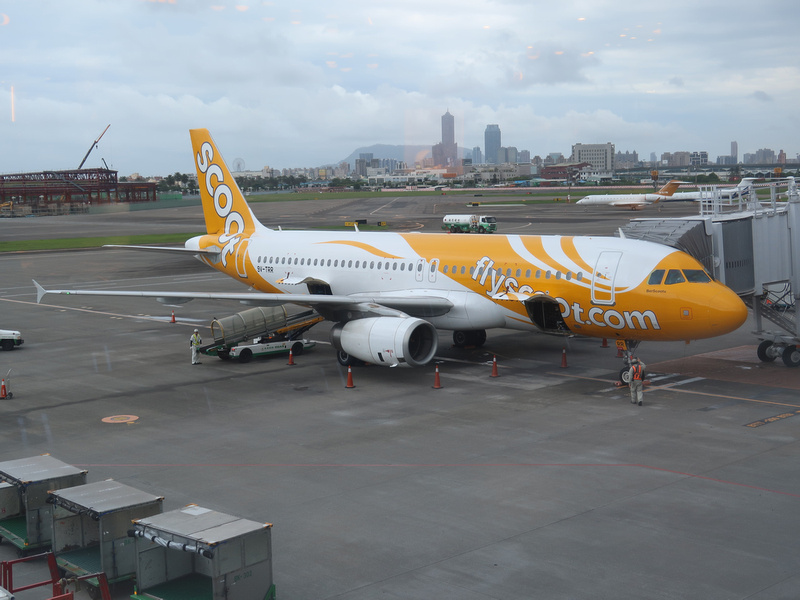 I flew with Scoot from Kaohsiung to Osaka. Scoot is a Singapore low-coast airline so I would never have guessed that they would fly this route. I was looking to fly to somewhere in Japan after my Kaohsiung trip, so I compared flights on Skyscanner and this flight showed up.

There were four direct flights on offer, and I went with Scoot for the combination of time of day and price. 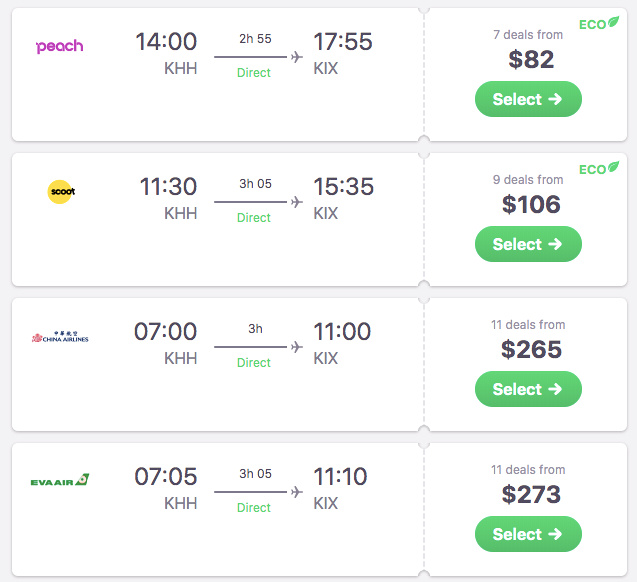 The low-cost airline tickets were considerably cheaper than the legacy airlines, though you must account for any add ons. I had a checked bag include in my price. 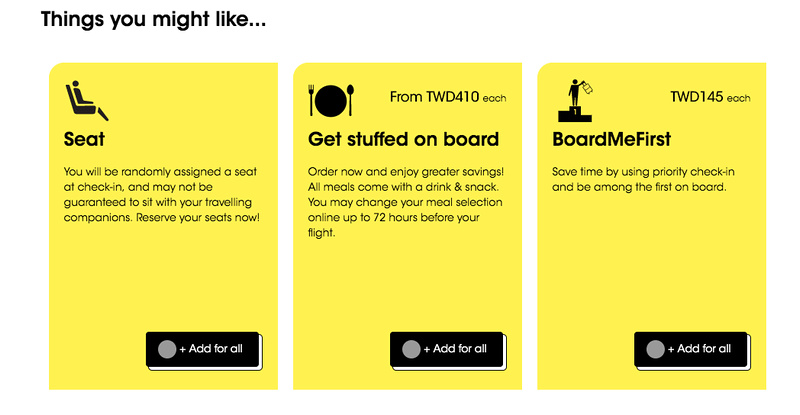 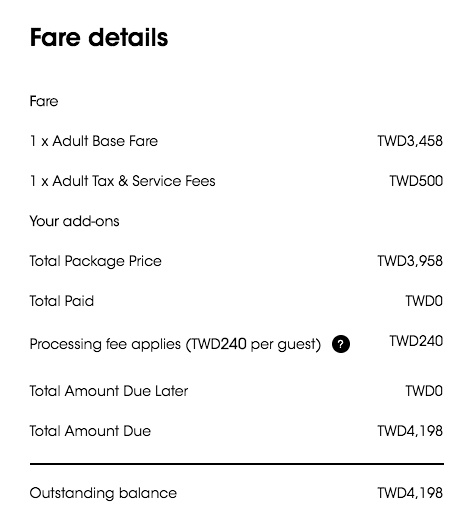 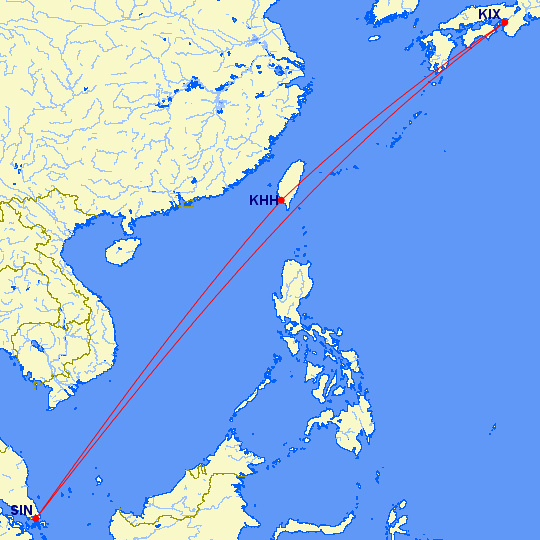 The route is 5km difference so it’s about as close as it gets to being the same route. An A320 (which is used on this flight) has a range of 6,112 km, so it could technically do the trip non-stop. Most low-cost airlines don’t operate flights over 5 or 6 hours. Scoot also operate 787 aircraft for longer routes such as to Melbourne, but in this case they went with the stopover option using an A320.

I checked in at the airport, and the flight from Singapore arrived on time.

I asked for an aisle seat but you don’t get to pick your seat on Scoot unless you pay. I was allocated the second-worst seat on the plane – the back row window seat (back row middle being the worst). Scoot also apply the usual low-cost airline legroom model, so I had about one or two fingers width between my knees and the front seat. 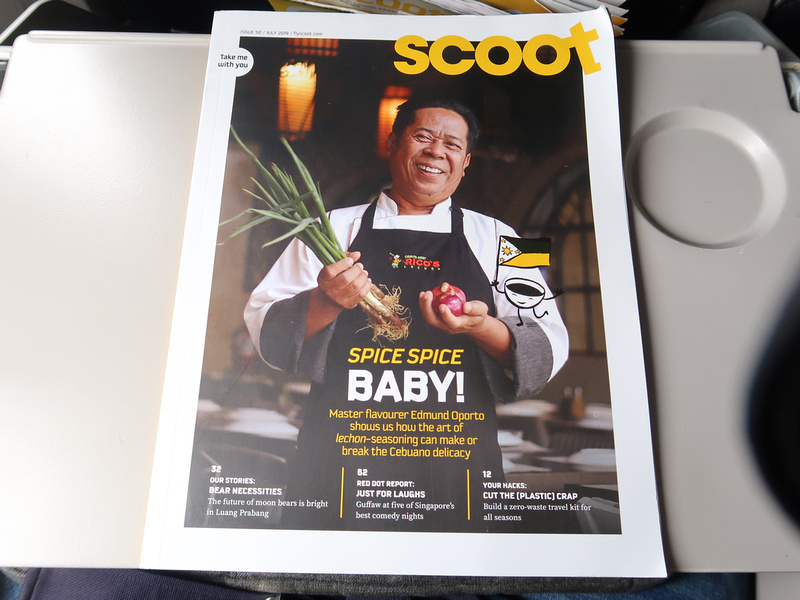 The destination map without route lines. Just assume that they all originate from Singapore. The map doesn’t show my flight from Kaohsiung to Kansai. There is food and drink available to purchase via the Scoot Cafe. 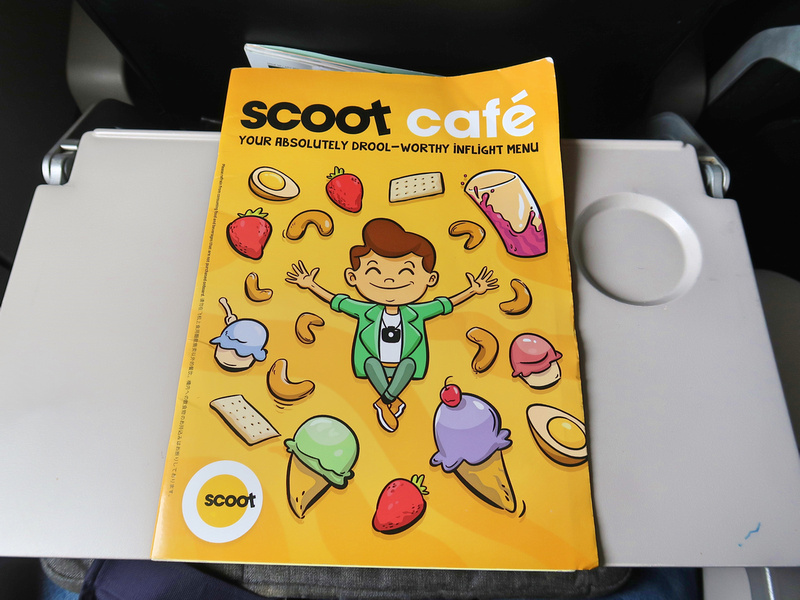 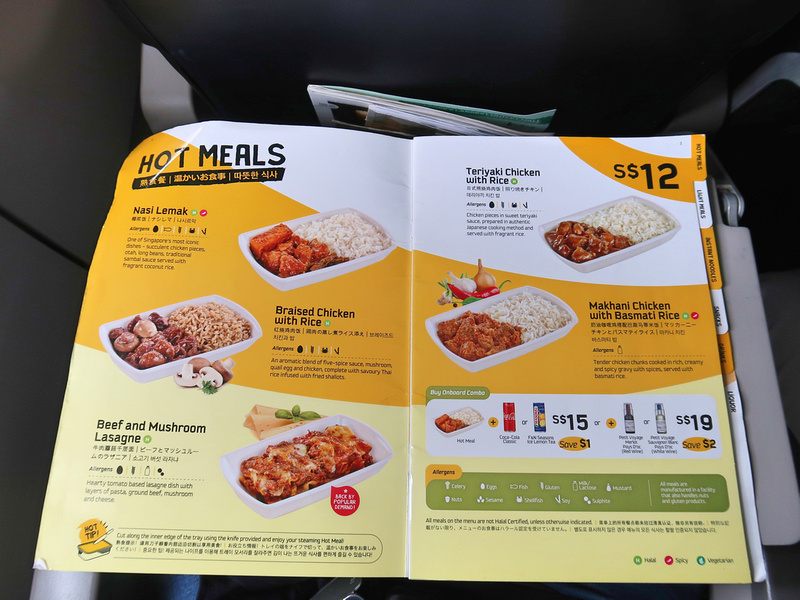 Japan immigration forms are handed out on the flight. 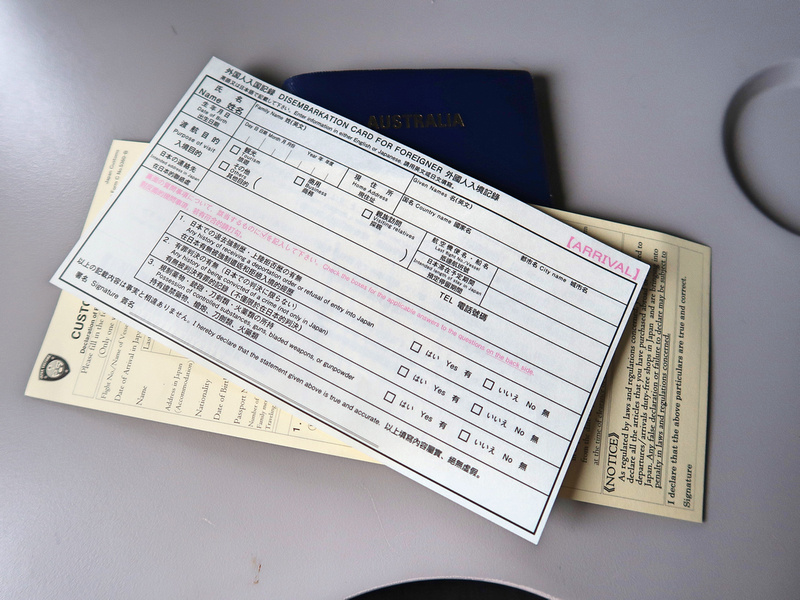 Kansai International Airport is built on an artificial island in the middle of Osaka Bay. If you didn’t know this before flying in you might start wondering when you are going to see land. It was misty when we landed so it added to the drama of waiting to spot land before landing. We arrived 10 minutes ahead of schedule, so that was a bonus. Despite being at the last row I managed to get ahead of half of the passengers ahead of me before arriving at immigration.

For this trip I was going straight to Kyoto, so I booked a train ticket at the tourist information centre. 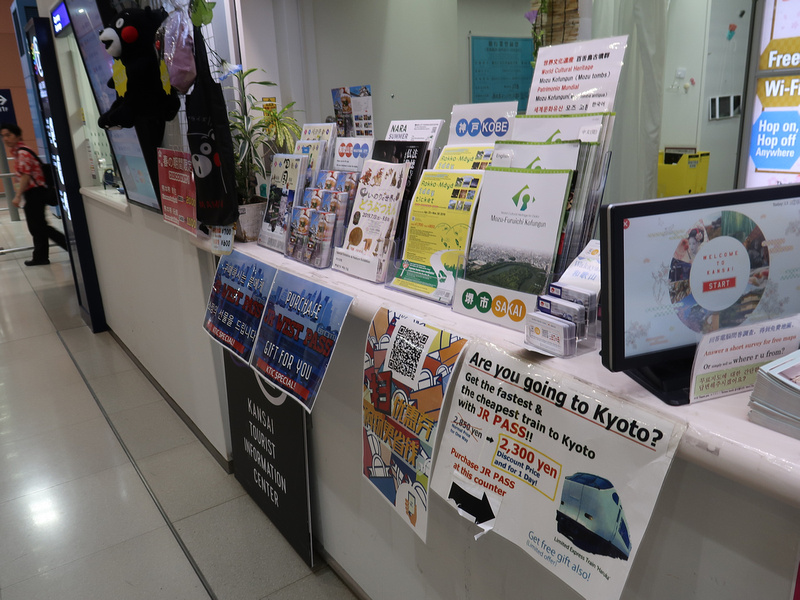 Overall this was a good flight option from Kaohsiung to Kansai.