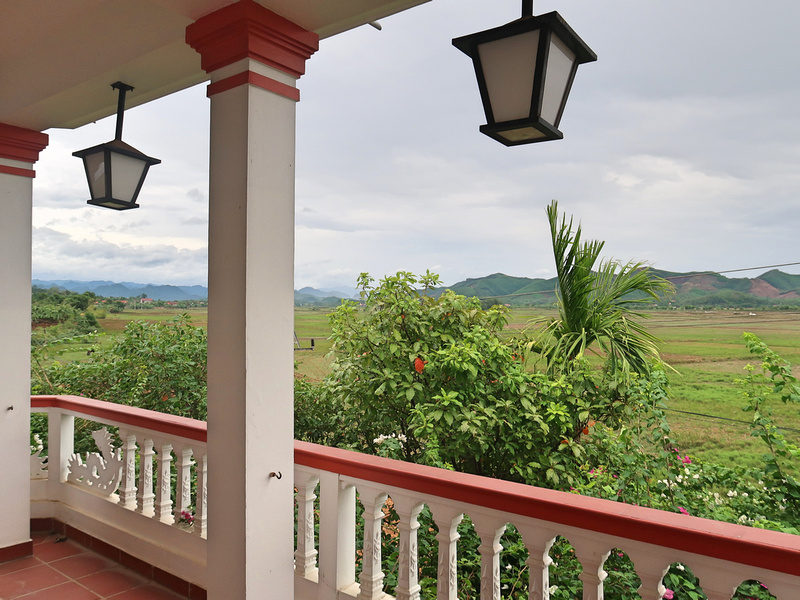 The Phong Nha Farmstay is located near the town of Phong Nha in the North Central Coast region of Vietnam. The area is most famous for its caves, including the world’s largest known cave (Son Doong Cave). 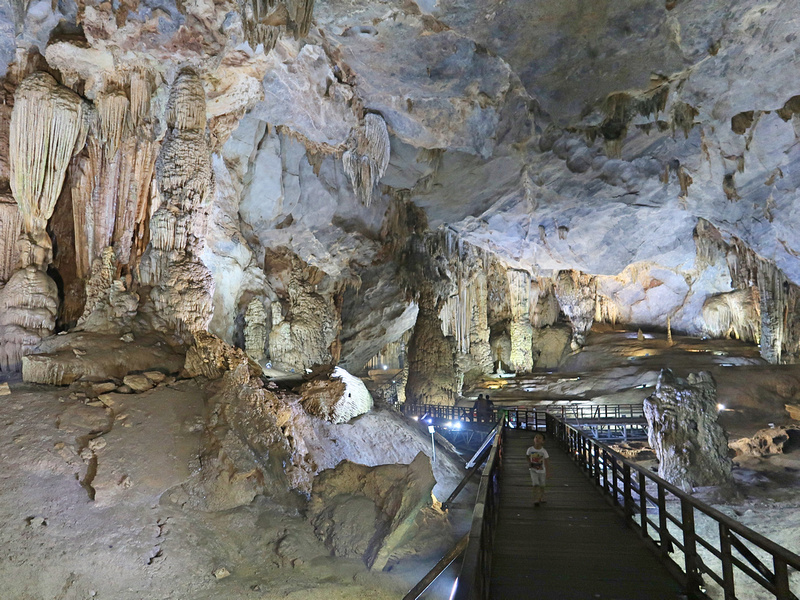 I’m a friend and distant relative of the owner (Ben) and I stayed at Phong Nha Farmstay as a guest, so I am getting that disclosure upfront and out the way. He is my cousins cousin, who also happens to work in Saigon throughout the year. I met my cousin Michael in Saigon who suggested I should get in contact with Ben. We never met as kids (or not that I remember), but we grew up in the same region of Australia and have a number of mutual family friends. 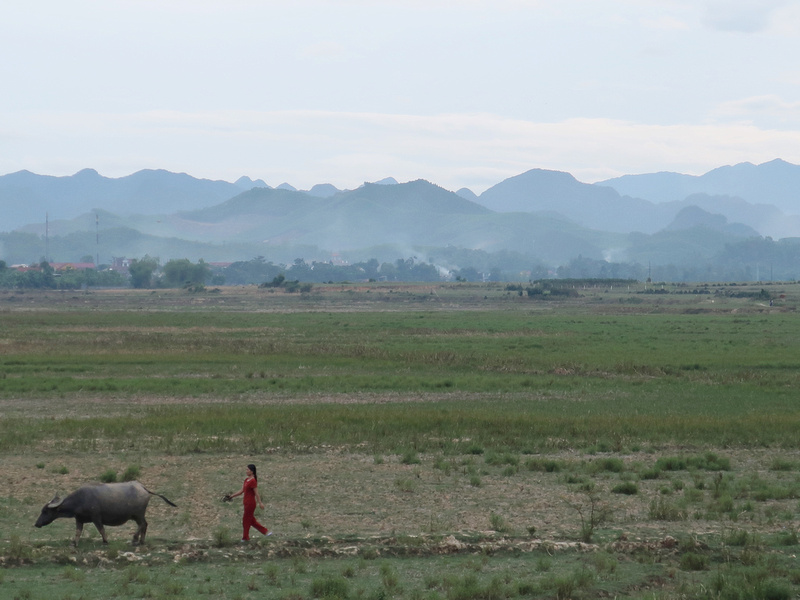 I finally met Ben in Saigon, and I soon found out how passionate he is about the Phong Nha area. He is married to a local, and has been pro-active in establishing tourism infrastructure in the region. I’ll write more about that in my Phong Nha trip report.

Every time Ben came to visit in Saigon I would get a guilt trip for not having visited him, so with some free time appearing in my calendar I scheduled a visit.

As we are both from farming backgrounds I had a different vision of what a farm stay would look like. I thought it would be in a rustic house on a farm by itself. Or maybe I had in mind a humble homestay like the kind I’ve stayed at in the Mekong Delta. Instead I found a purpose-built villa and compound in a farming hamlet/community. Of course you could see this on the website, but as he arranged to pick me up from Dong Hoi train station I didn’t bother to check where I was staying. 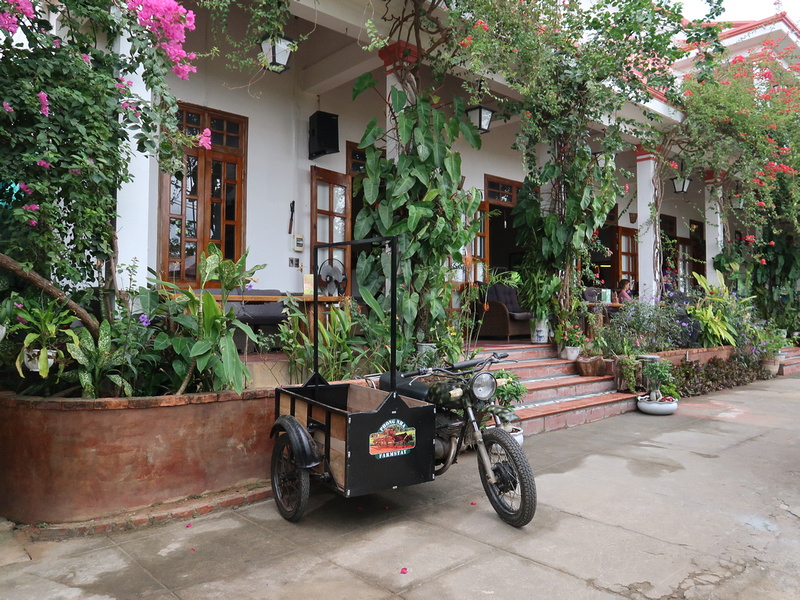 As soon as I arrived I was wondering why I hadn’t visited sooner. The farmstay is in the countryside (it is a farmstay after all) in a valley and surrounded by rice fields. 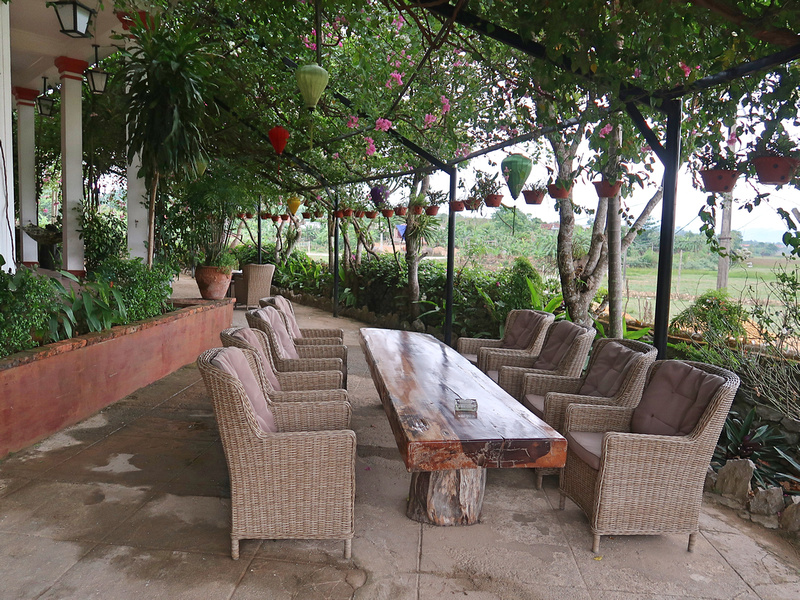 The main building is reminiscent of a Spanish/Italian villa and it has a open plan reception letting the breeze in from either side. 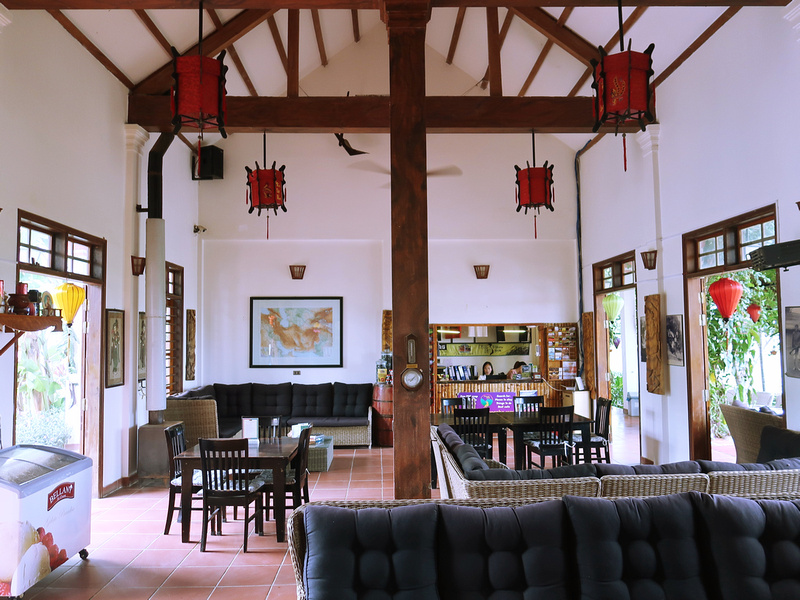 There is a large common area with interesting books about the area, and one of the best stocked bars between Hanoi and Saigon (as an ex-drinker I notice these things).

I stayed in a double room which had air-con and fan. A big comfortable bed in a comfortable setting. 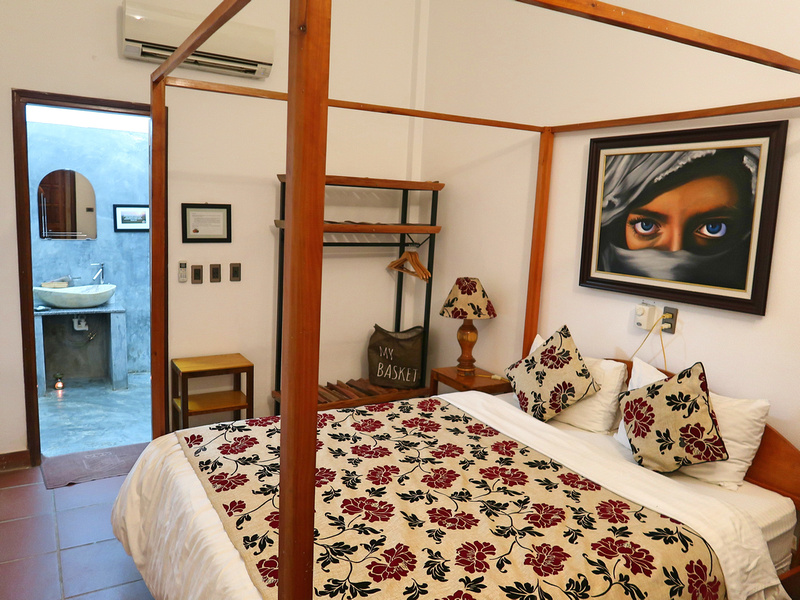 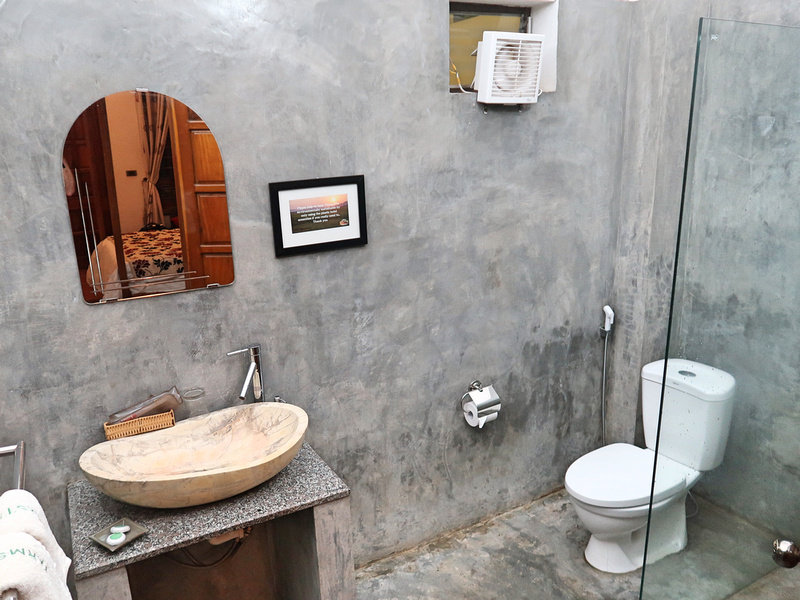 Every room has a hammock outside as well. 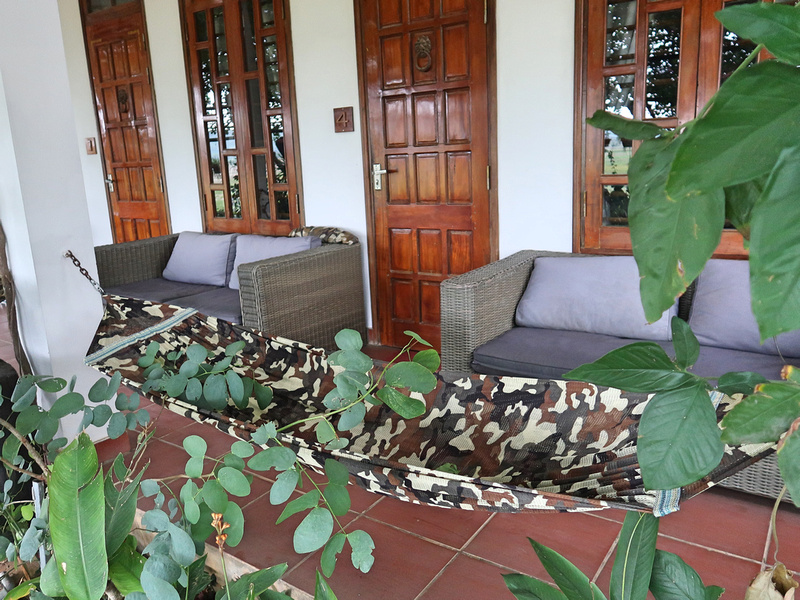 There are tea and coffee making facilities outside the rooms, and water refilling stations. 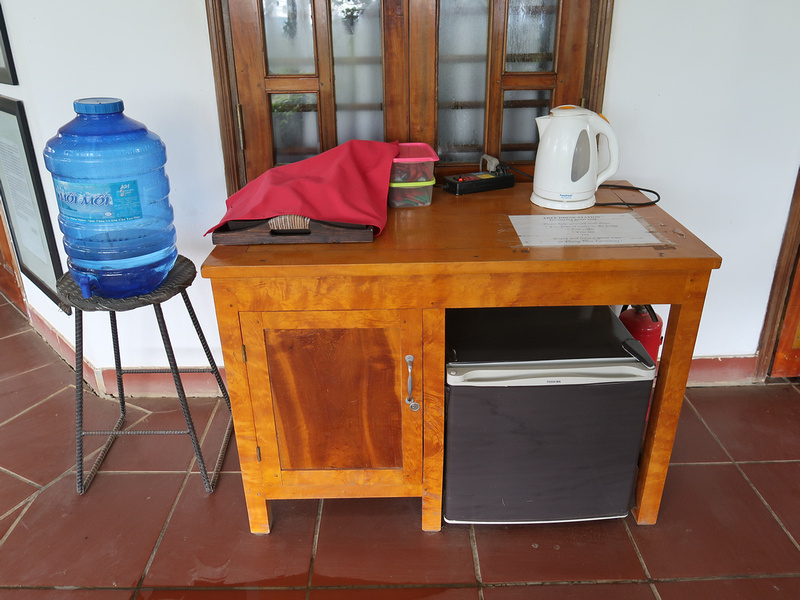 On the other side of the road is the second half of the property. Here is the dining and entertainment area, and the pool. 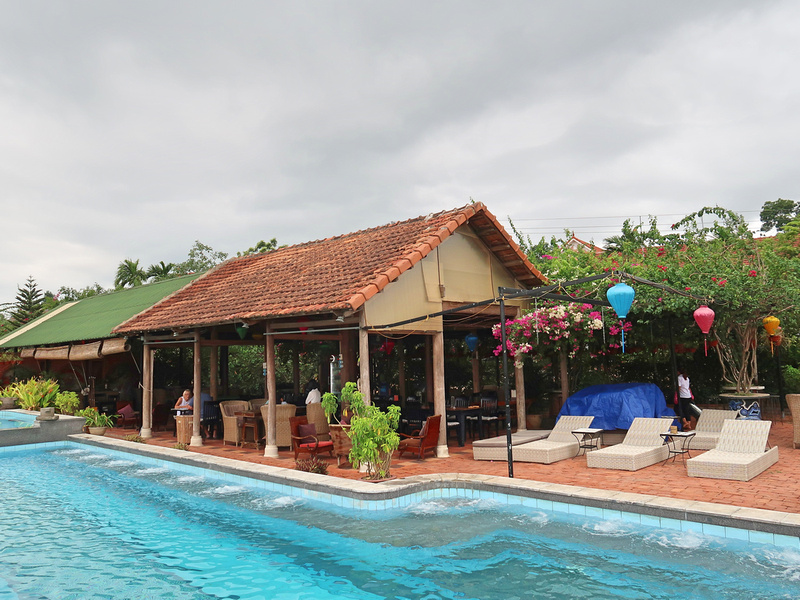 There is a pool table, and they sometimes have live music. 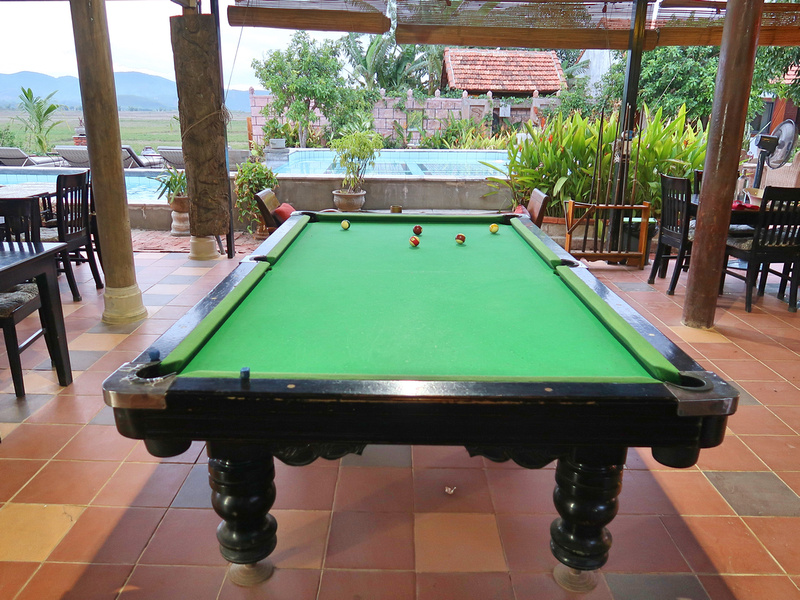 The star attraction though is the pool that looks out over the rice fields. 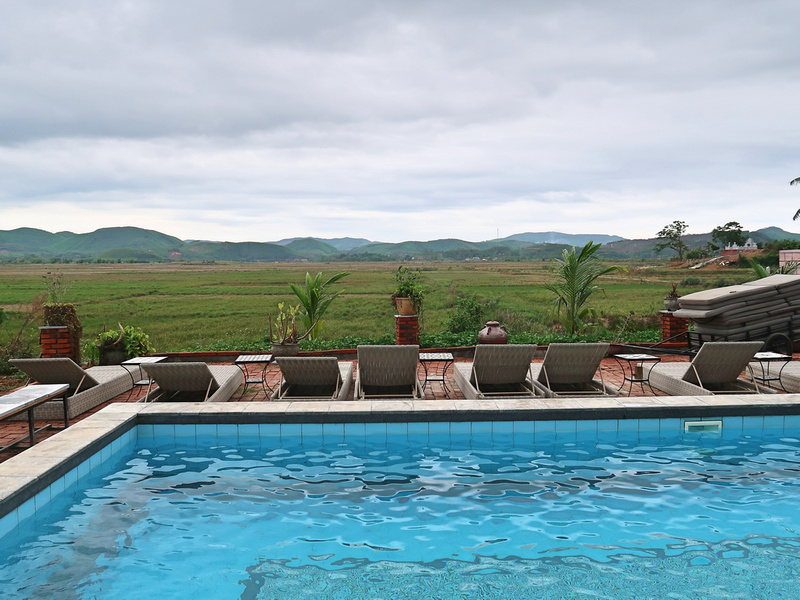 Twice a week there is the “Farmstay Chef’s Table”, where for 200,000 VND ($8.60 USD) you can get a 6-course meal of home-cooked Vietnamese food. Apart from being an amazing bargain it was a good way to meet fellow travellers, as you share a table and plates of food with the other guests.

I had a look at the kitchen, and like the rest of the property it is purpose-built and an operation in itself. 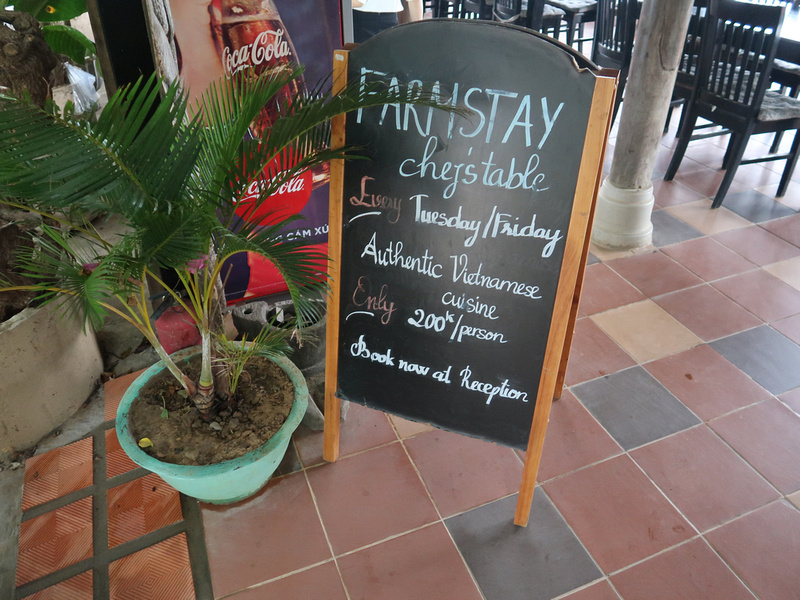 Breakfast is included in the rates, which you can elect to have in the gardens by the main building or by the pool. 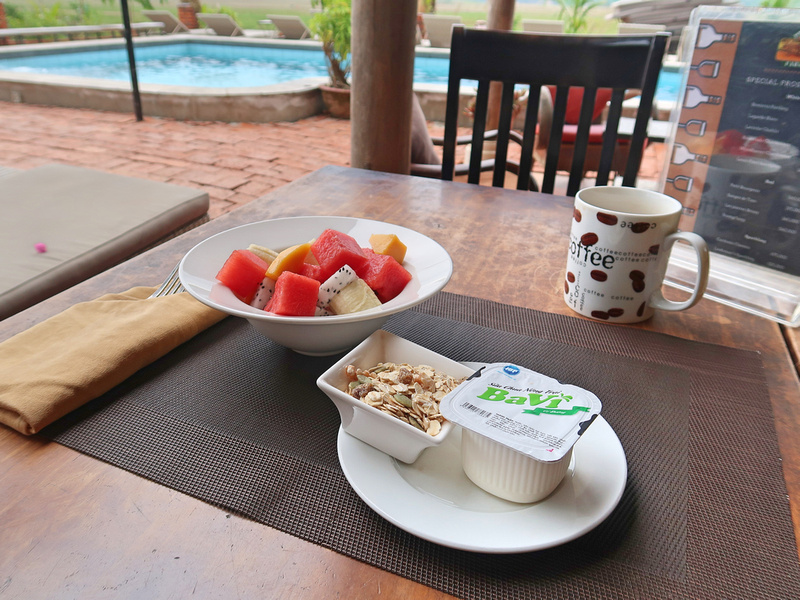 The proprietors, Bich and Ben. 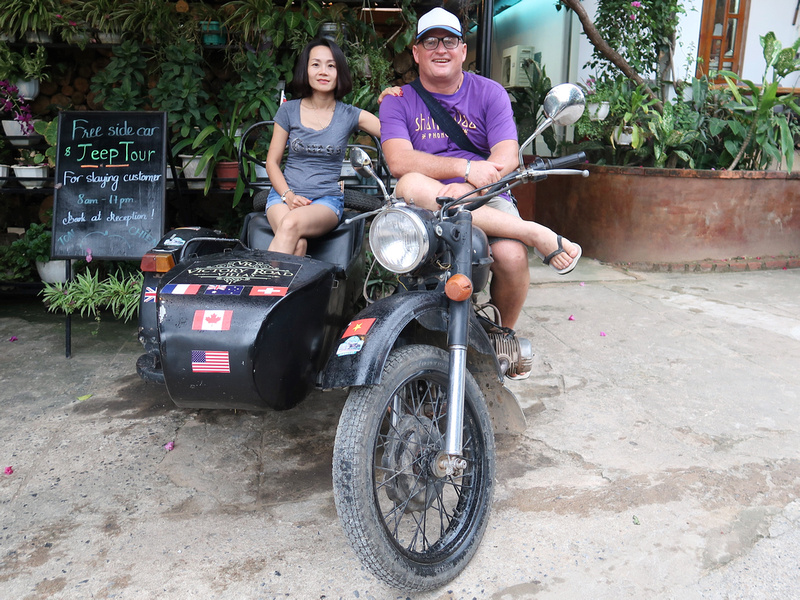 The farmstay also has a pepper farm nearby, and you can buy their locally grown pepper here. 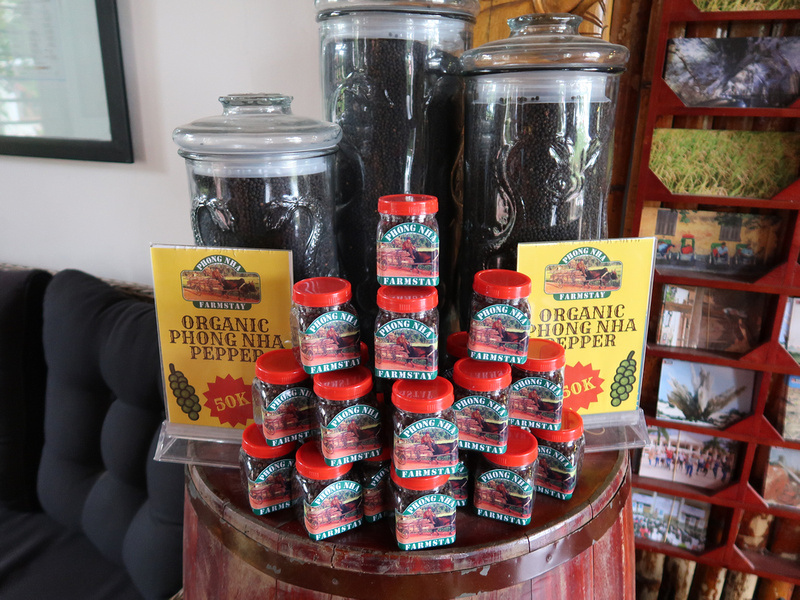 Phong Nha is in Quang Binh Province, which was heavily bombed during the war. 44 years after the war ended unexploded ordinance (UXO) is still being found in the region. There are displays throughout the property as a reminder of the recent past and the danger still faced by residents in the province. 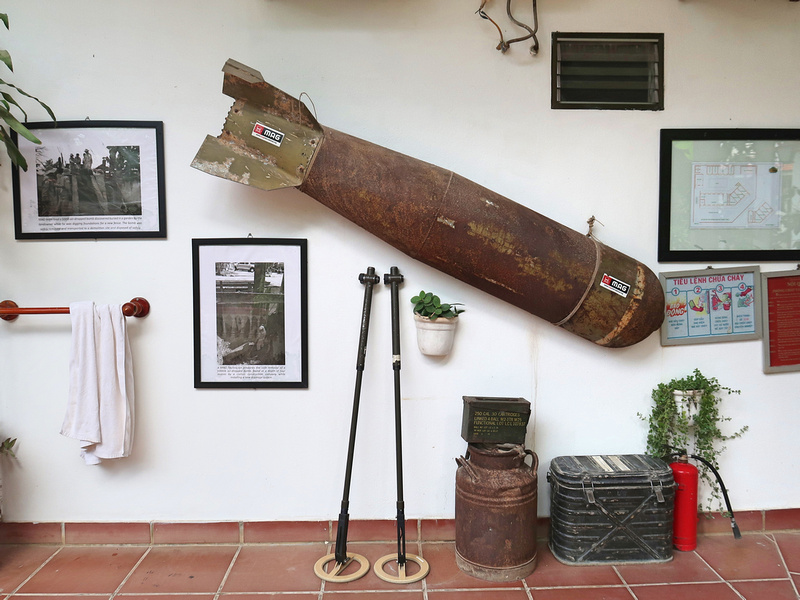 There are a few other houses around the farmstay, but you don’t have to walk far to be out in the rice fields. Even in post-harvest without the brilliant greens it’s a lovely place to walk. 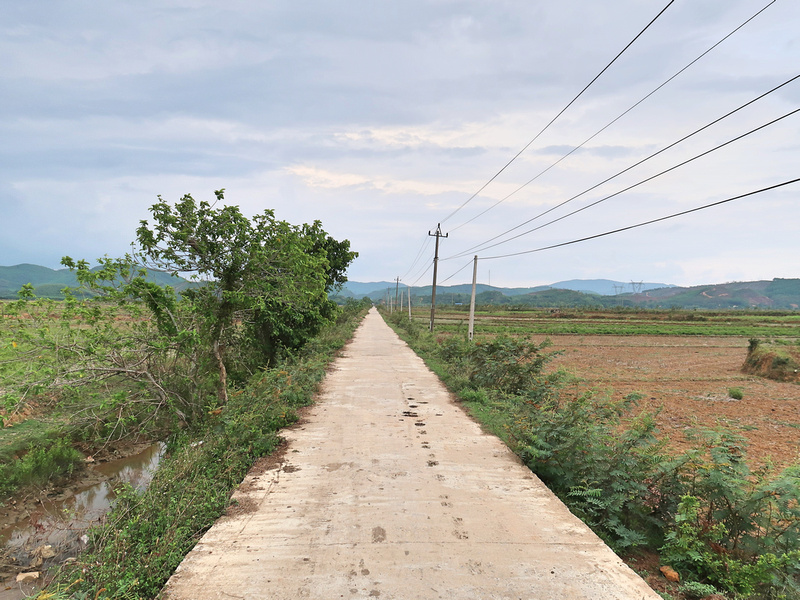 From the farmstay you can arrange tours to the caves and other activities in the area. It’s also a useful base/stopover point for motorcycle riders.

I had every intention of doing some exploration by motorbike in the surrounding mountains, but I couldn’t drag myself away from the poolside.

As the farmstay is outside the main town it does require a bit of planning in advance to get here. The closest airport and train station is in Dong Hoi, which is about 40km away.

If you prefer to stay in town the farmstay owners also have a hostel in Phong Nha and a luxury villa to choose from.

I’ve spent most of my time in Vietnam in urban environments, which is fine by be. This rural retreat though made me realise I should spend more time “away from it all” every so often. If you are a visitor to Vietnam and overwhelmed by the traffic, then this would be a good respite. 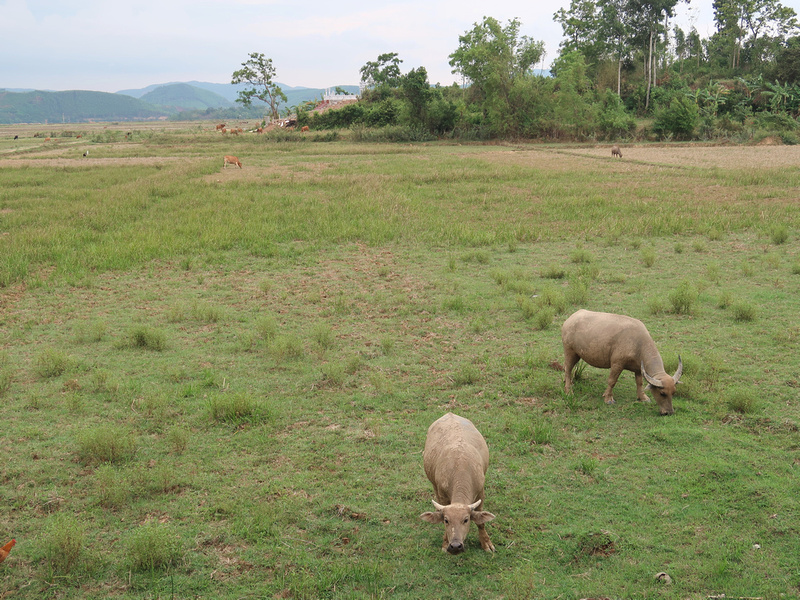 Phong Nha is a good stop before or after Hue, and I will have a report on Hue and Dong Hoi next.