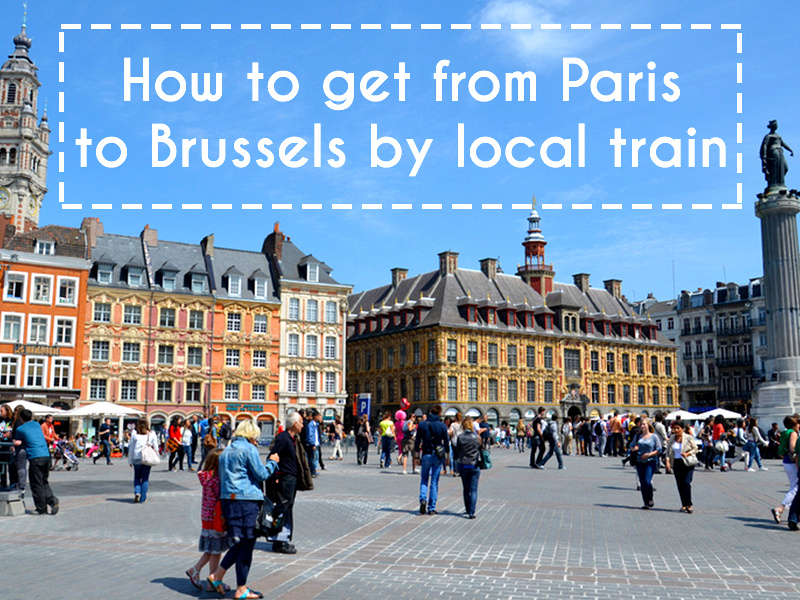 See four cities in one day and save on high speed rail reservation fees.

One of the things I love about having a Eurail Pass is being able to jump onto almost any train and go. While there are some train services that require a reservation fee, this can be avoided by taking local trains.

I was able to get around most of Europe without the reservation fee until I got to France. High speed rail covers most regions of France now, but you can still catch local trains if you prefer not to go the high speed option. 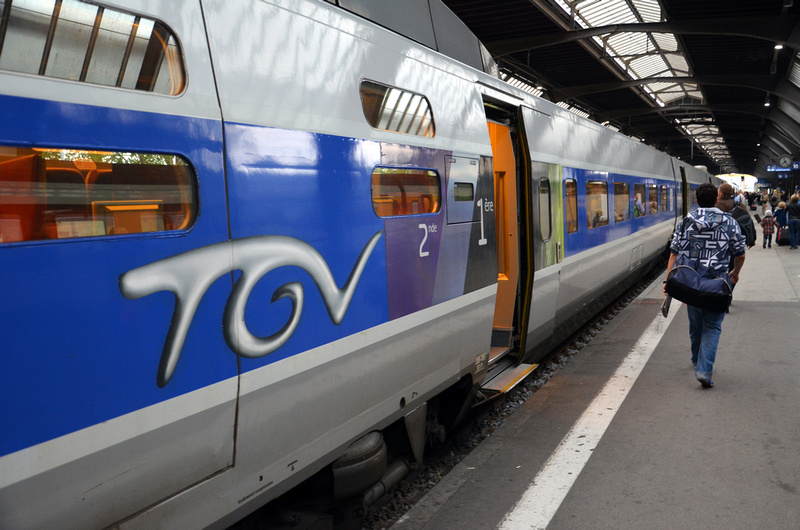 While working out the Paris to Brussels leg of my trip, the Eurail timetable booklet indicated that there was only a Thalys train operating from Paris to Brussels. Thalys is a high speed train service operated jointly by the Belgian, French, Dutch and German railways. It’s fast, and expensive. While the French TGV fast trains require a booking fee of around €2-4, the Eurail supplement for Thalys is €42 first class and €30 second class. Ouch! It turns out there is no longer an InterCity train service between Paris and Brussels either. Not a problem, I’ll hop my way to Brussels via local trains.

I arrived at Gare du Nord in Paris not knowing how I would get to Brussels. Seeing I had a Eurail pass I was just going to wing it. The worst case scenario would be I take a train to a city with no onward connections. If that be the case I just get another train.

I looked up at the departure board and scanned for the first train going north that wasn’t a TGV or Thalys train. That train was for Amiens. 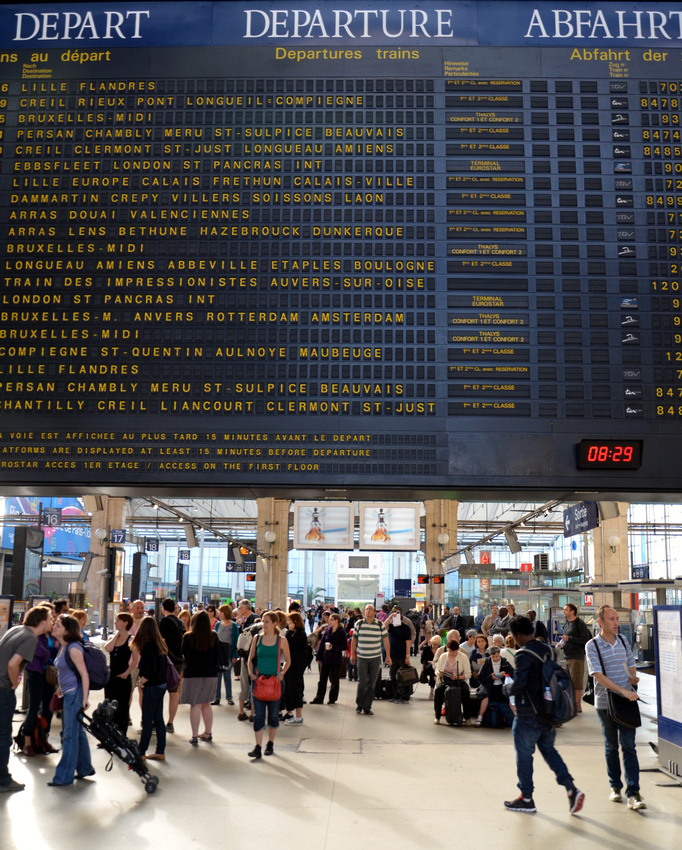 I grabbed a coffee and made my way to my first train journey of the day. This was the first class carriage of the Paris to Amiens train. Love the power outlets and little lamps. 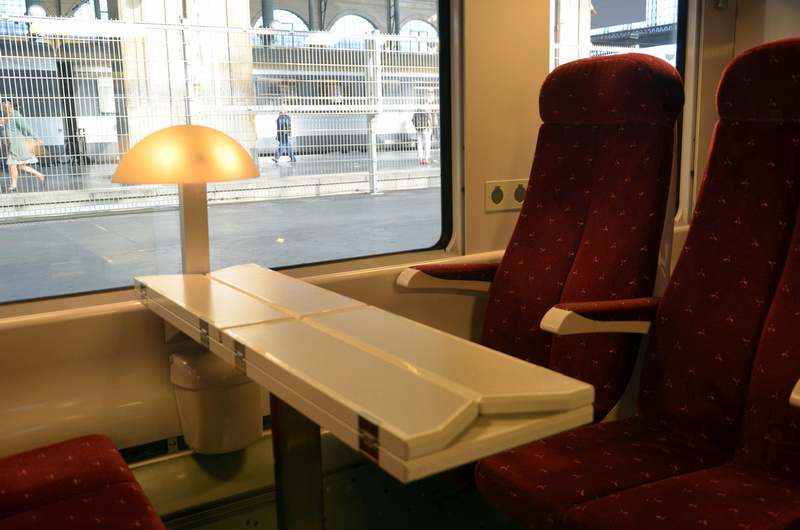 I had no idea what to expect with Amiens. The name was familiar, but only from World War I history books. Upon arrival at Amiens I made a note of the train times for the next trains going north. With a selection of times I wandered into town heading directly for the imposing cathedral.

Sometimes I like arriving in new cities without having read up on them. It’s like going to a movie without reading a review, free of any expectations. In the case of Amiens I wasn’t expecting to find the tallest complete cathedral in France. The gothic cathedral of Amiens is perhaps more impressive than the Notre Dame in Paris, and without the crowds. I wandered around some more of the city before heading back to the station, already pleased with myself that I had taken the slow train and stumbled upon a place I would have otherwise never have gone to. 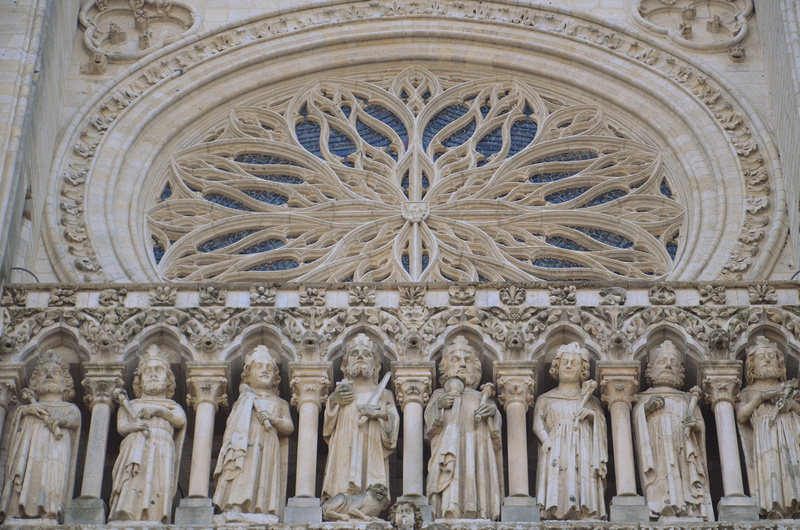 From Amiens there are no trains that go direct to Belgium so my next option was for a train to Lille, which is close enough to the border. I have been through Lille as it the European junction station for Eurostar from London to Paris and Brussels. Other than that it was another European city I didn’t know anything about.

Lille turned out to be a total surprise for me. Upon exiting the station you are greeted with a grand little European city. Looking down the street that connects the station to the main square I wondered if I would get time to wander in the time I had. 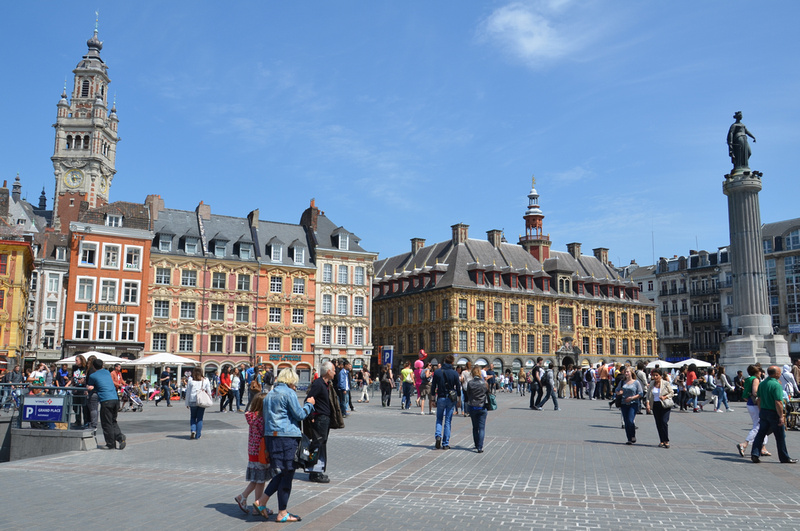 Another reason of why I love train travel in Europe is the train stations. Often the principle station of a city is an architectural highlight in its own right. Add to that the departure boards with displaying destinations around the country and across Europe, for me it is integral part of the travel experience. I’m also interested in seeing infrastructure done right, and in Europe I just look on with a mix of joy and envy at how well trains are done. 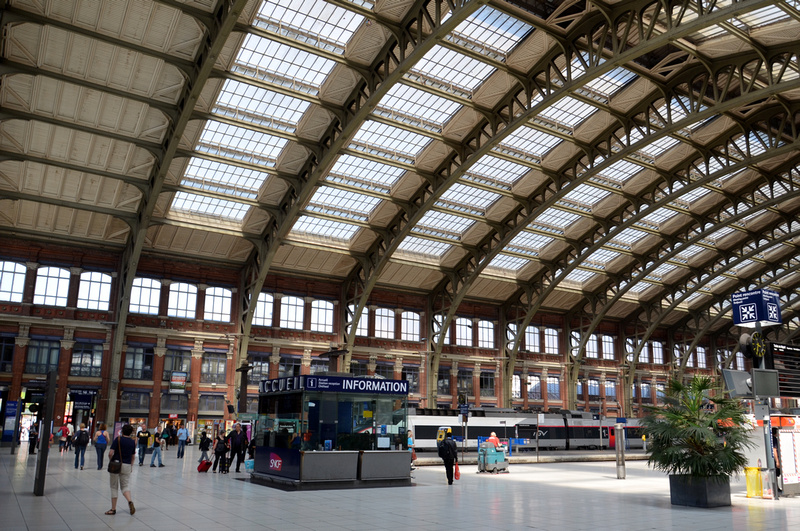 From Lille there is a local train that runs to Kortrijk in Belgium. Once you are in Belgium connections to Brussels is easy work. In Lille be sure to leave from Lille-Flandres, as the nearby station of Lille Europe is for fast trains.

Belgium has many little cities with great Grote Markts (town squares.) While the markt of Kortrijk isn’t the grandest of them all, there are enough historical sites of interest to warrant a wander while waiting for the next train to Brussels. 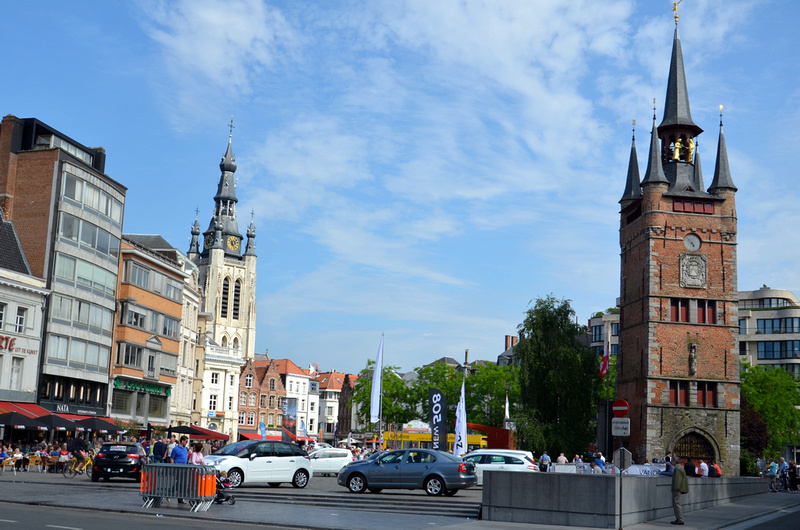 So I made it to Brussels using four local trains, saving me a Thalys supplement fee and seeing some of Europe that I otherwise would not have seen. 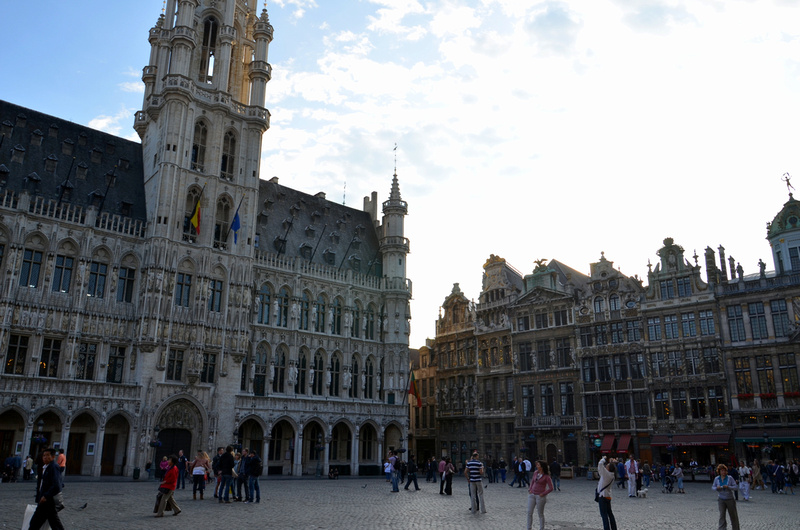 [The grotest of them all – The Grote Markt of Brussels, Belgium]

I had a Eurail pass so my day of travel was covered. If I had taken the Thalys train from Paris to Brussels I would have paid a supplement of €42 1st/€30 2nd.

If you don’t have a Eurail pass and are interested in getting the train, here is the break down of the ticket prices (as of May 2012):

Thalys High Speed Train
Paris – Brussels: €148 1st/€106 2nd
(this is a walk up fare for the same day, but you can find cheaper fares online if booked in advance.)

Thalys takes just 1.22m to travel from Paris to Brussels, which was another reason I didn’t want to take it. I like sitting on trains and reading books, and holding a Eurail pass I wanted to savour my time on the trains. The local train option took me all day, including sightseeing time. I left at 9ish and got to Brussels around 6.30, with about 4 hours of train travel time.

More on how to avoid reservation fees

I had half a day in Paris and was staying in a hotel with terrible internet, so I didn’t research how to get to Brussels. If I did any research I would have found that Eurail have already put together a comprehensive guide on how to avoid reservation fees. This covers the most popular destinations that are connected by high speed trains with alternative routes.

I travelled from Paris to Brussels via rail thanks to Eurail.com