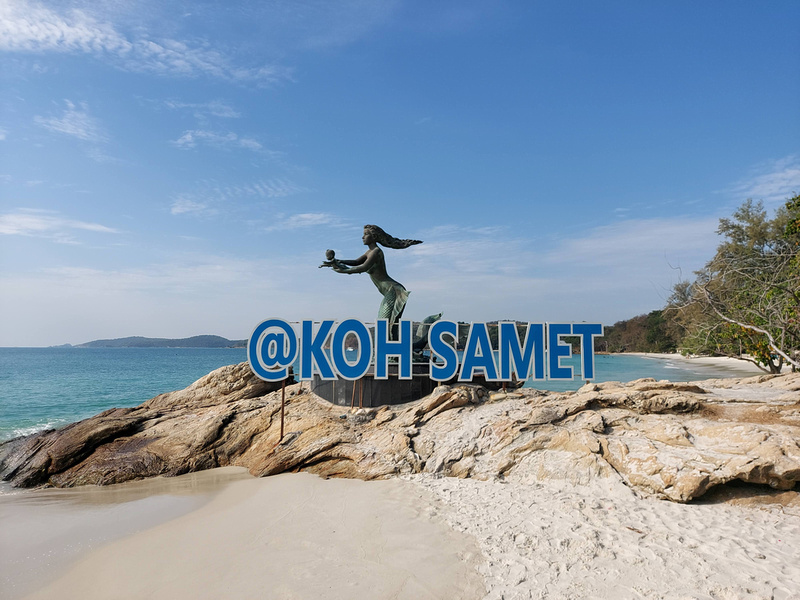 Ko Samet is an island on the Eastern Gulf Coast of Thailand, approximately 220 kilometres southeast of Bangkok. It’s technically not the closest island to Bangkok, but it’s the closest “beachy” island to Bangkok (and much nicer than the closest beach to Bangkok). It’s this proximity that has made Ko Samet synonymous with boatloads of tour groups and hordes of weekenders.

With the closure of international borders in 2020-2021, tourism numbers to Ko Samet were reduced to a trickle. I returned to Bangkok in December 2021, not long after international travel resumed. There were few international visitors at that point, I figured that it was an ideal time to revisit Ko Samet.

I was told it was 3.5 hours to get there from Bangkok, so I wanted to see for myself if that was true. I got a bus from Ekkamai Station at 9.40 and arrived at the Ban Phe Boat Pier at 12.40. If I had taken the speed boat option when I arrived (which takes 15 minutes), I would have indeed made the trip in 3.5 hours. Instead, I opted for the slow boat. There was a wait of half an hour before departing, and a 30 minute trip to the island, making it a 4.5 hour trip from Bangkok. 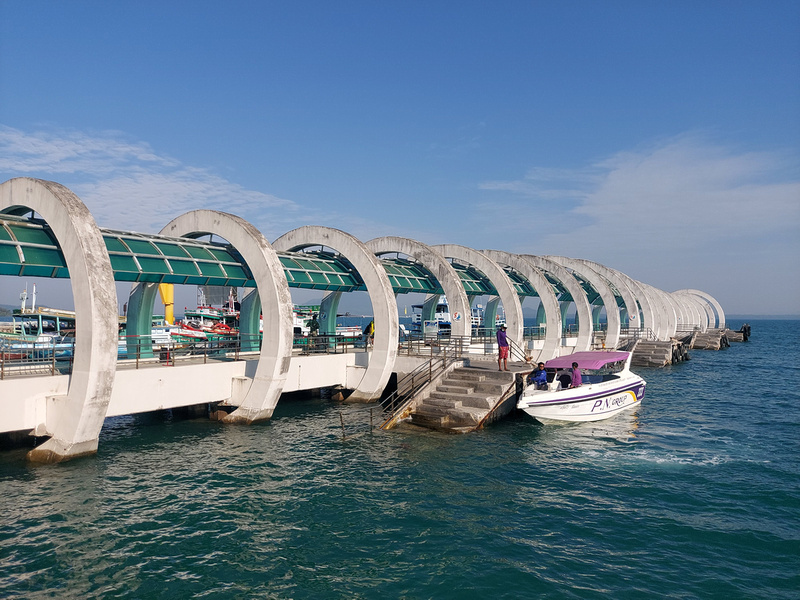 Ko Samet is not a car-free island, but most vehicles are service vehicles and songthaews (taxis). There are no private cars from the mainland. There are of course motorbikes which you can rent to explore the island.

Arriving at the main pier, there are songthaews that act as public buses, ferrying passengers down the length of the island. You can also rent a songthaew as a taxi. If you are staying on the main beach (Hat Sai Kaew) it is easy enough to walk from the pier across the island to the beach. 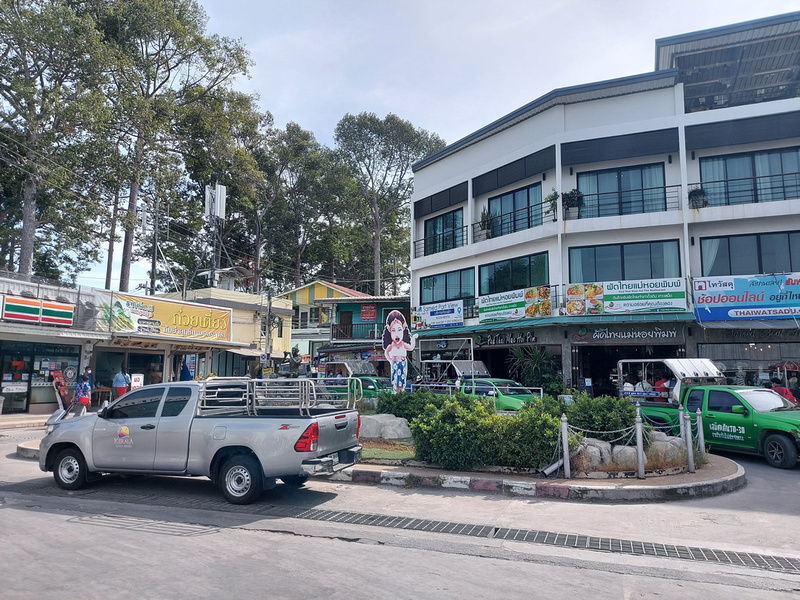 I stayed at Hat Sai Kaew as I figured if places were going to be closed down then it would be better to be near the busiest area. I was pleasantly surprised by how nice Hat Sai Kaew is. Travel is a relative experience though, so I might have felt differently seeing this beach in full tourist mode. I was here at a sweet spot in time when there were just enough places open without being overrun. 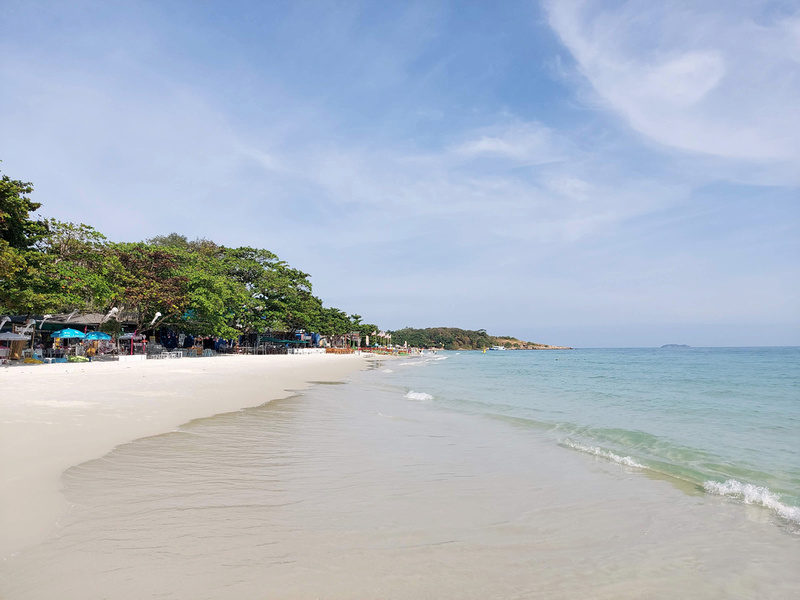 This trip for me was the archetypal Bangkokian getaway. I spent the whole month in Bangkok as I was working on various projects, so I had no plan to explore the rest of the country. I just wanted a quick getaway for two days, and Ko Samet delivered. 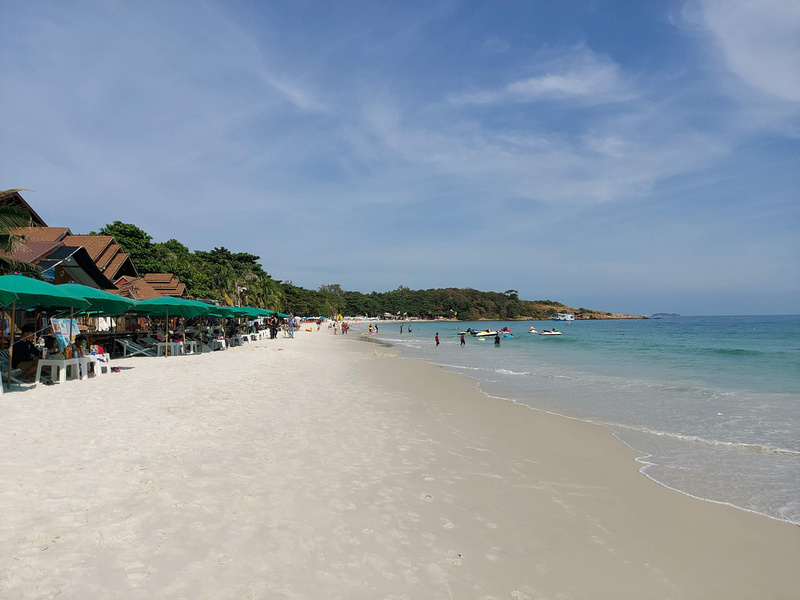 Since leaving Bangkok that morning I was dreaming of putting my feet in the sand with a banana smoothie in hand. I found a beach cafe that had bean bags on the beach, so I took my seat to enjoy the view. 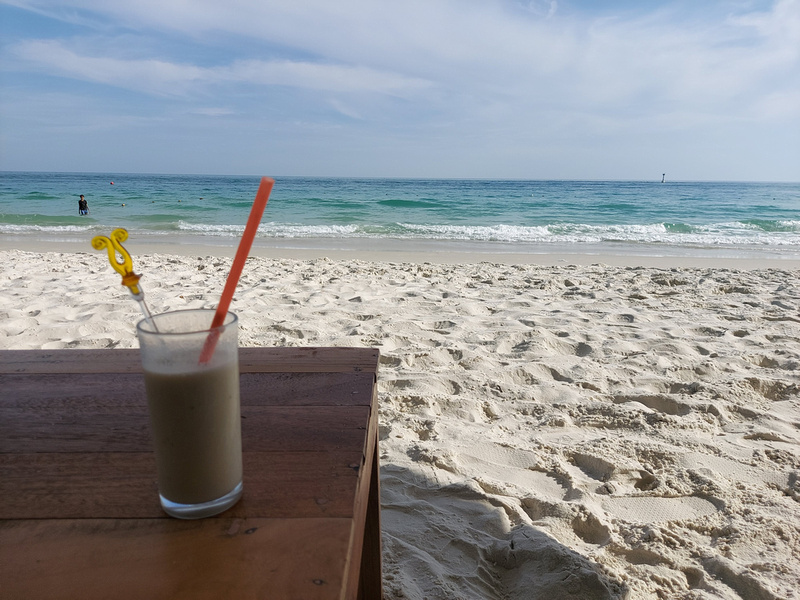 Ko Samet is a popular weekend getaway destination for Bangkokians, so it is best to come here during the week. I felt like I was in Bangkok on the main street near Hat Sai Kaew, as there are two 7-Elevens that face each other. 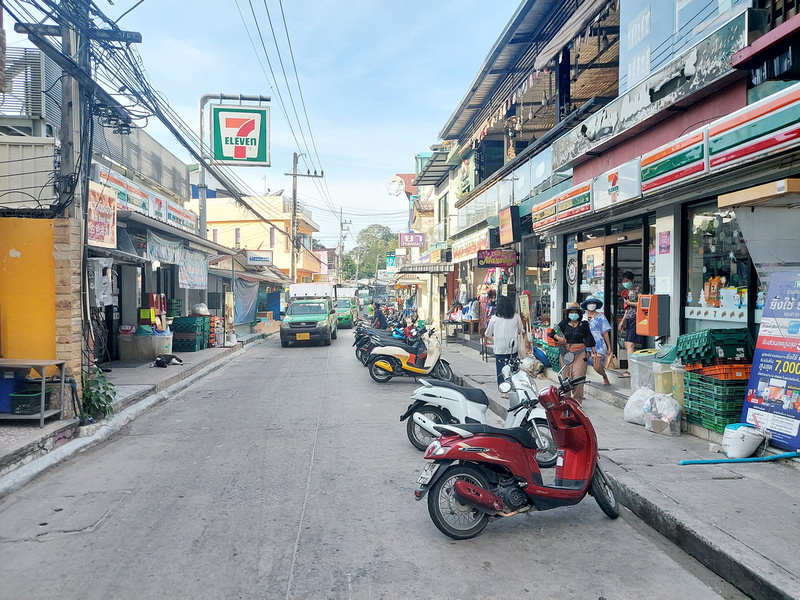 Also, like in Bangkok, the local stray dogs like to hang out in front of the 7-Eleven entrance. 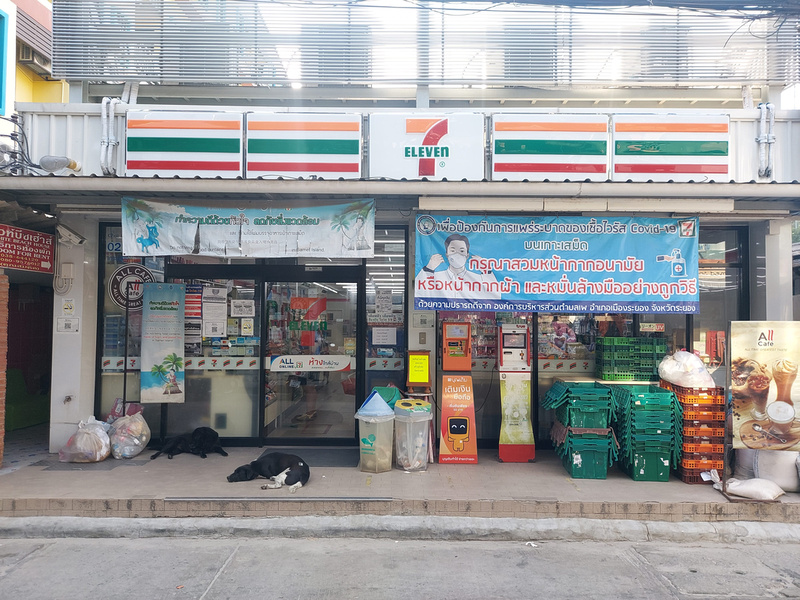 Despite its proximity to Bangkok, Ko Samet has kept lowrise on the beachfront. 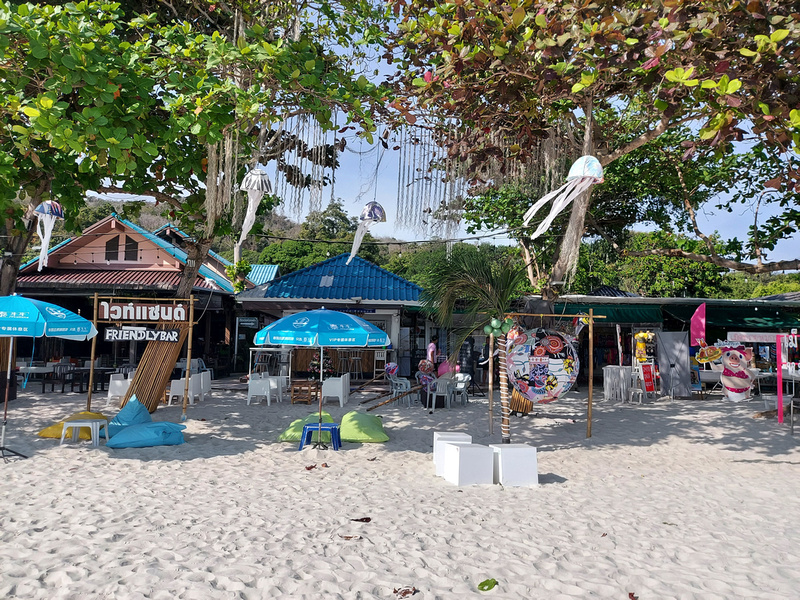 The beach comes alive at night with seafood and bbq restaurants taking over. 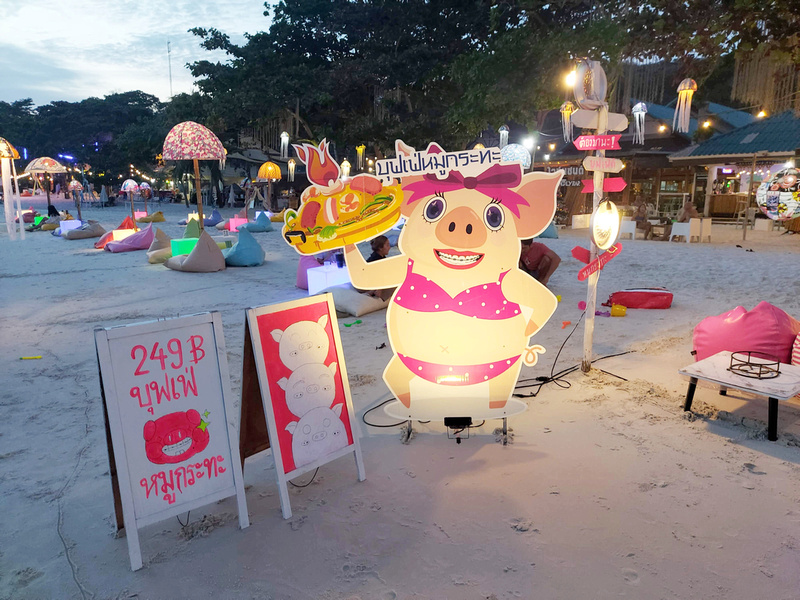 The number of chairs on the beach hinted at the times when there were more people visiting. 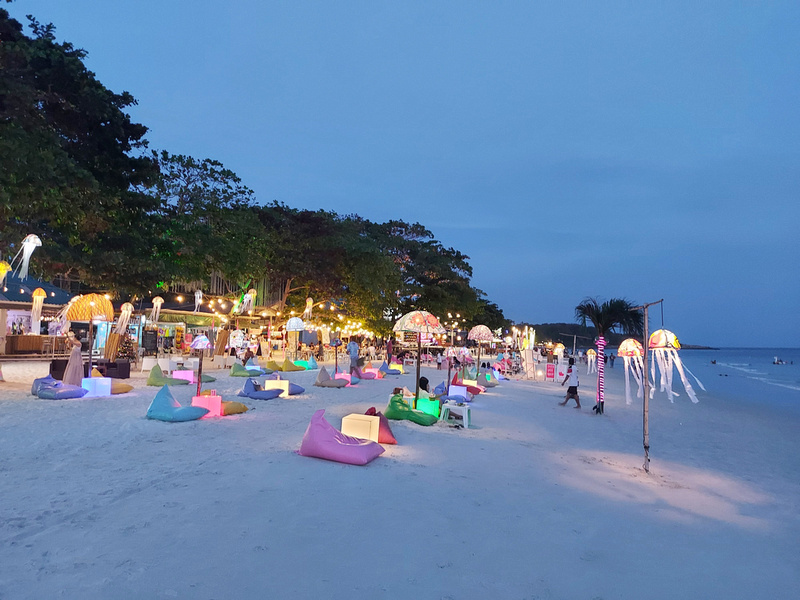 The good thing about Hat Sai Kaew is that the main village of the island is here. 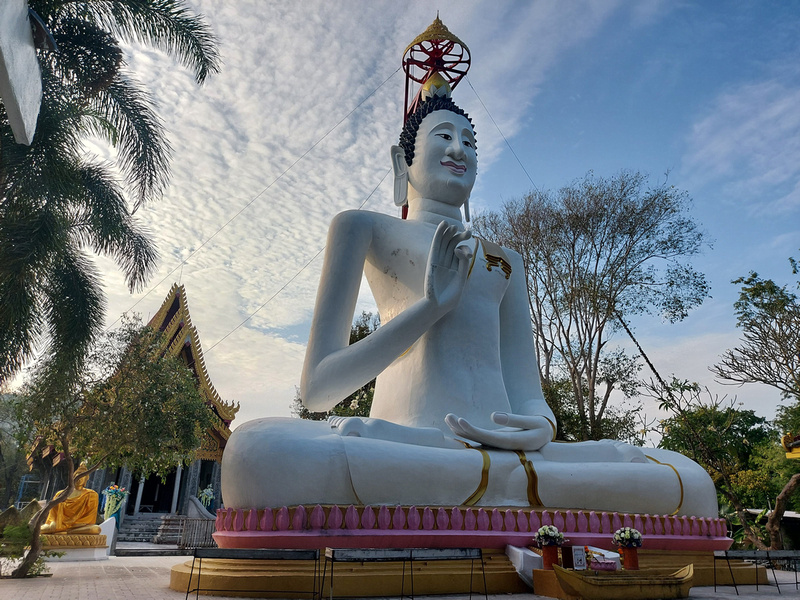 There are more local eateries here than anywhere else. 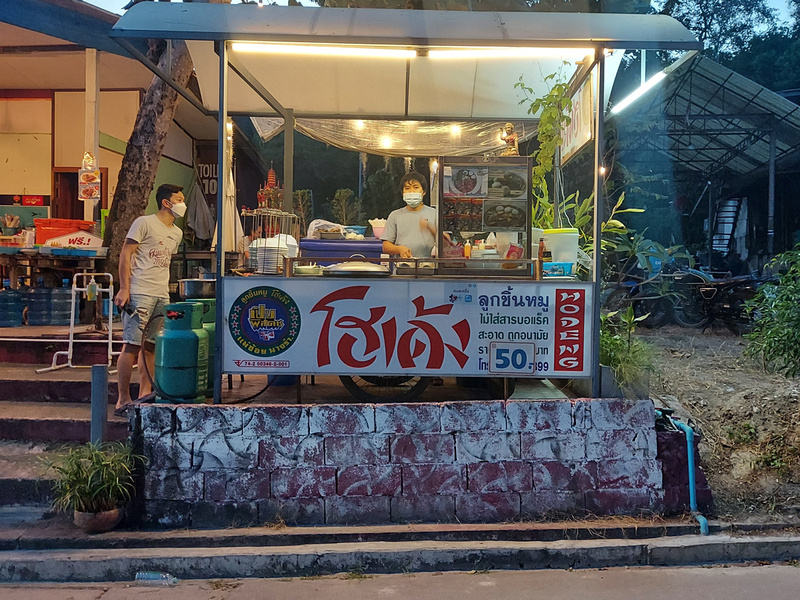 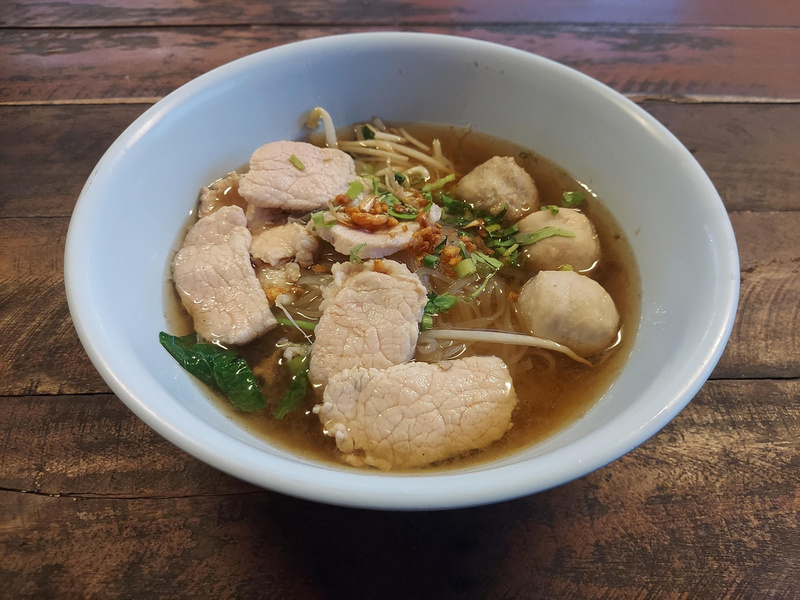 My plan here was to spend a day on the main beach and then a day on a bike to explore the island. 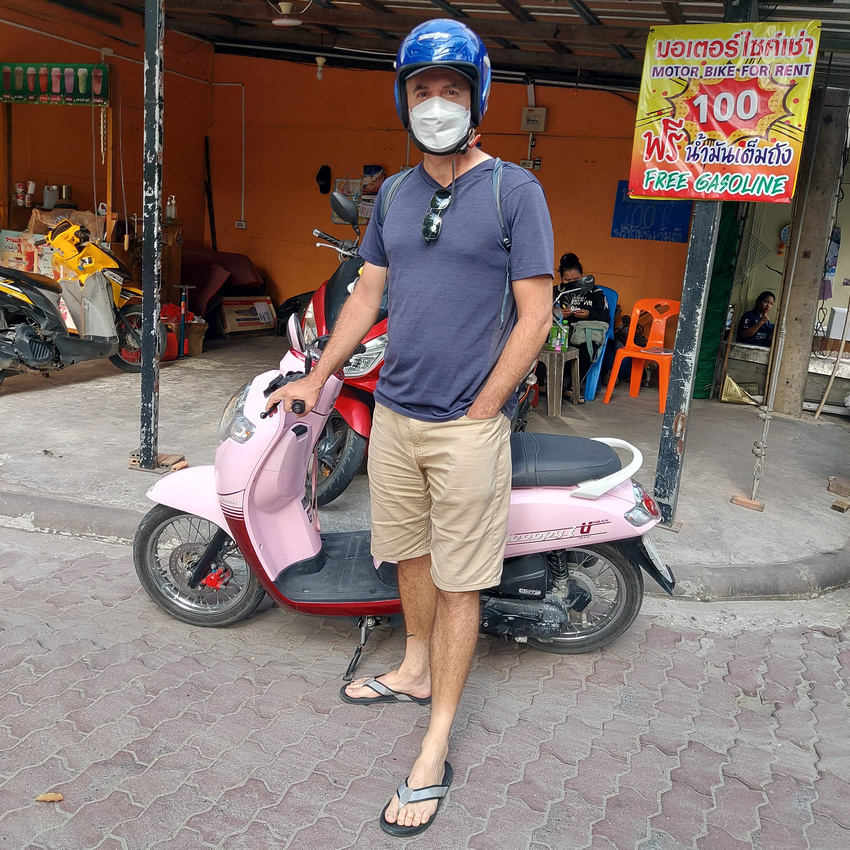 Ko Samet is a skinny island that measures 6.8 kilometres from north to south. The beaches are broken up into different bays so each beach is distinct from the other. 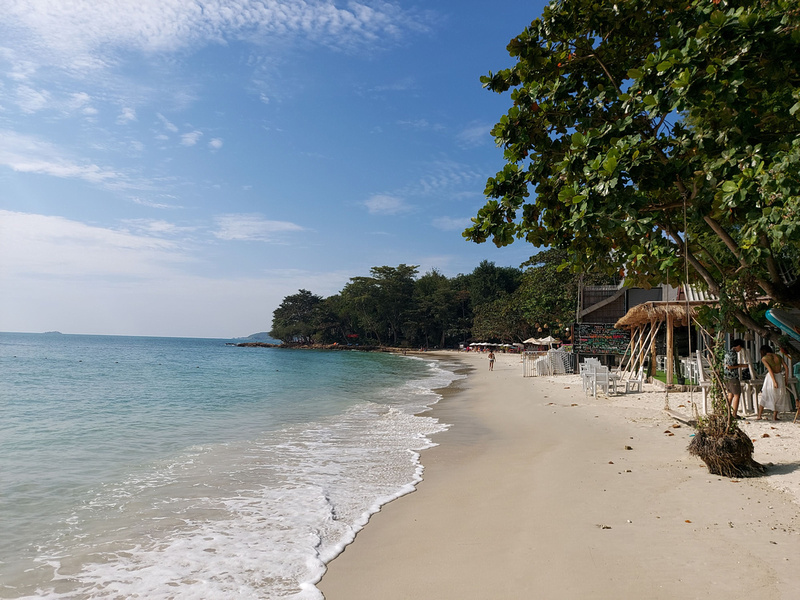 Heading south from the main beach, the first beach is Ao Phai. 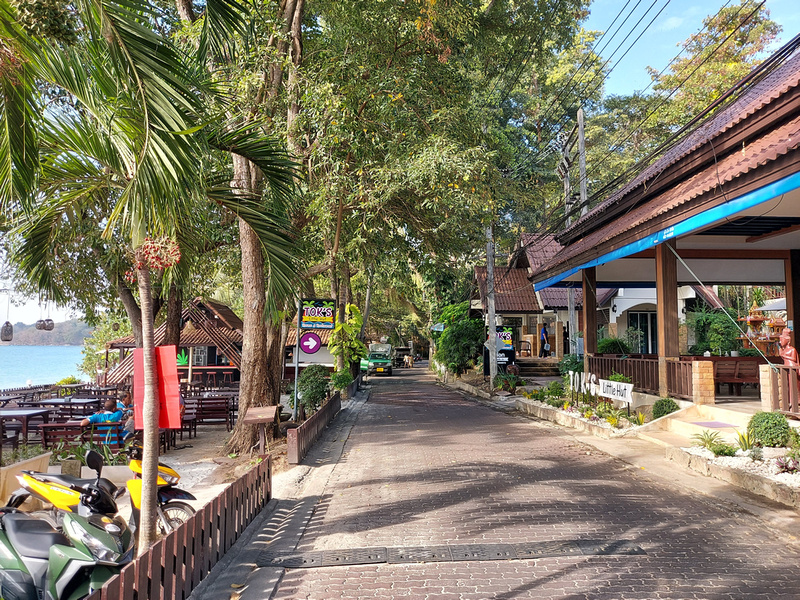 Halfway down the island is Wong Duean Beach. 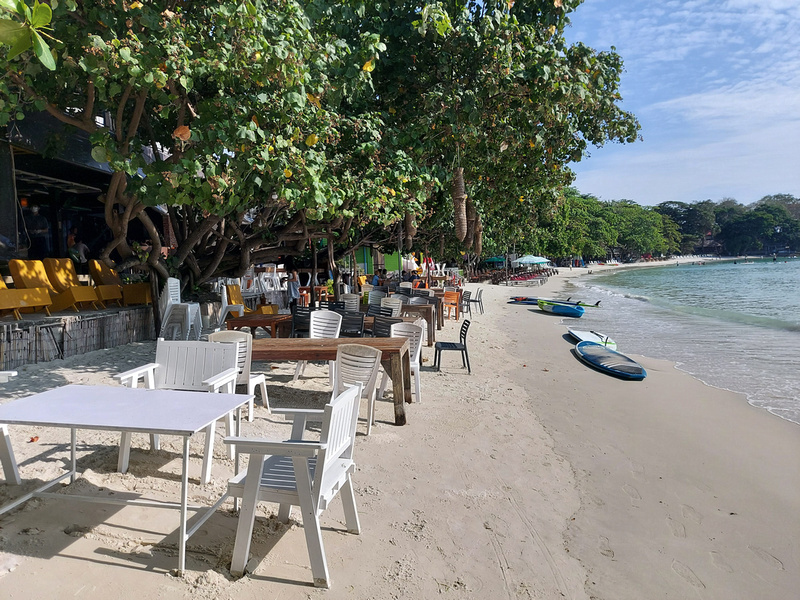 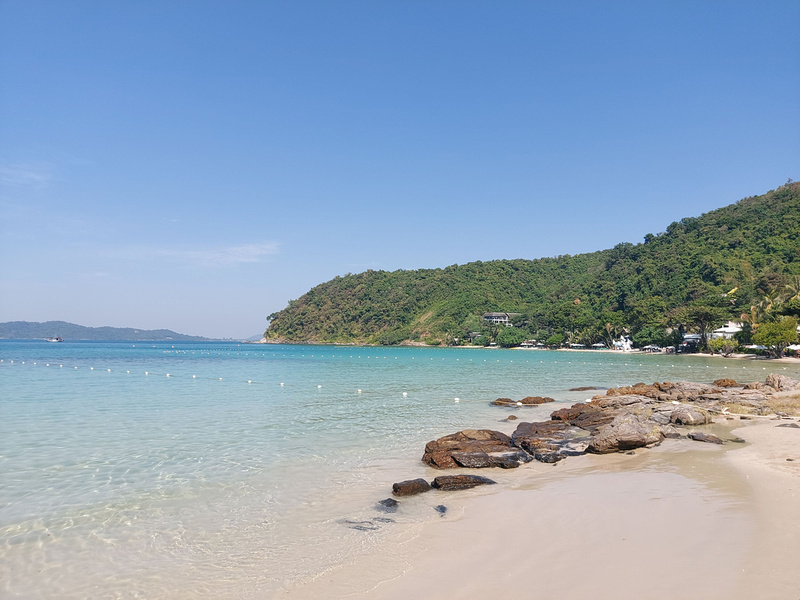 I enjoyed my time here, and given that I spend so much time in Bangkok I could end up here in the future. I might end up here again if the 3-airport high-speed railway is extended to Rayong. If that happens, then Ko Samet would be about 2 hours from Bangkok. I would definitely go back if it was that close, but then again, so would everyone else. 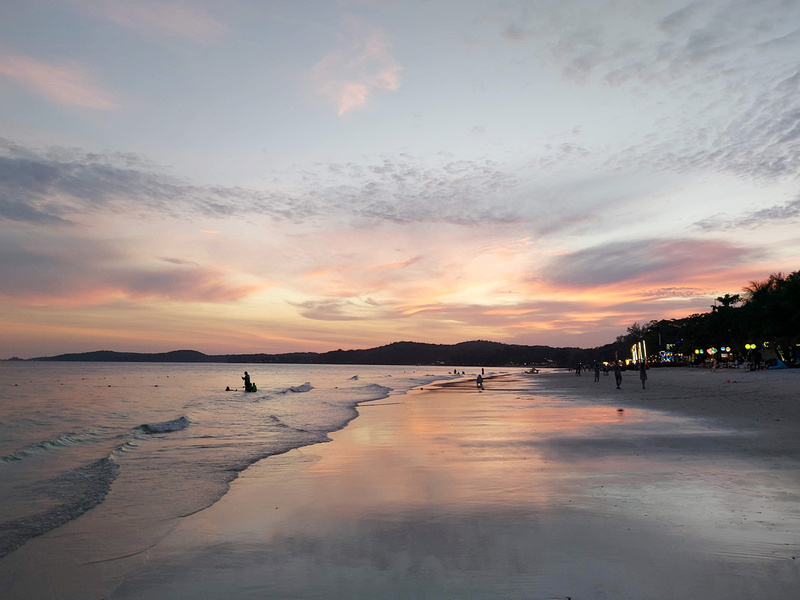