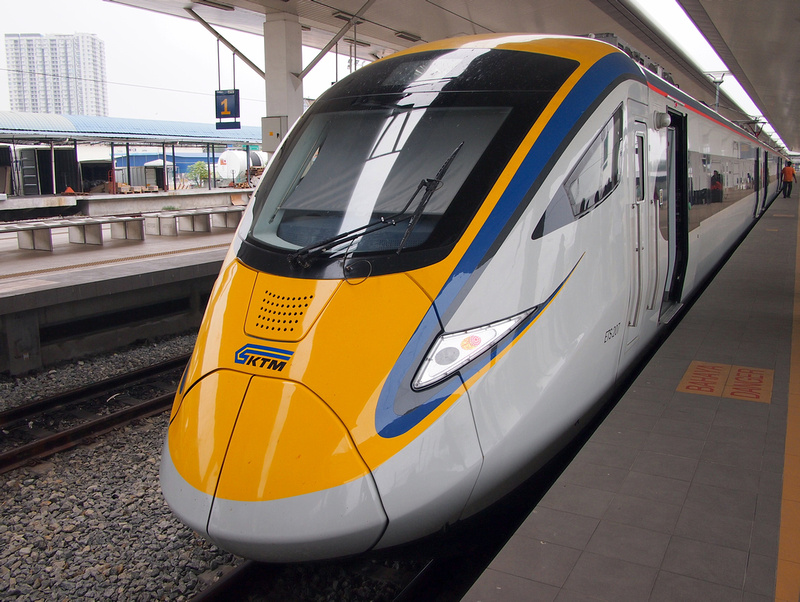 In 2015 the electrification of the train line between Kuala Lumpur and Butterworth was completed. On this modernised track the ETS (Electric Train Service) reaches a speed of 140 km/h. 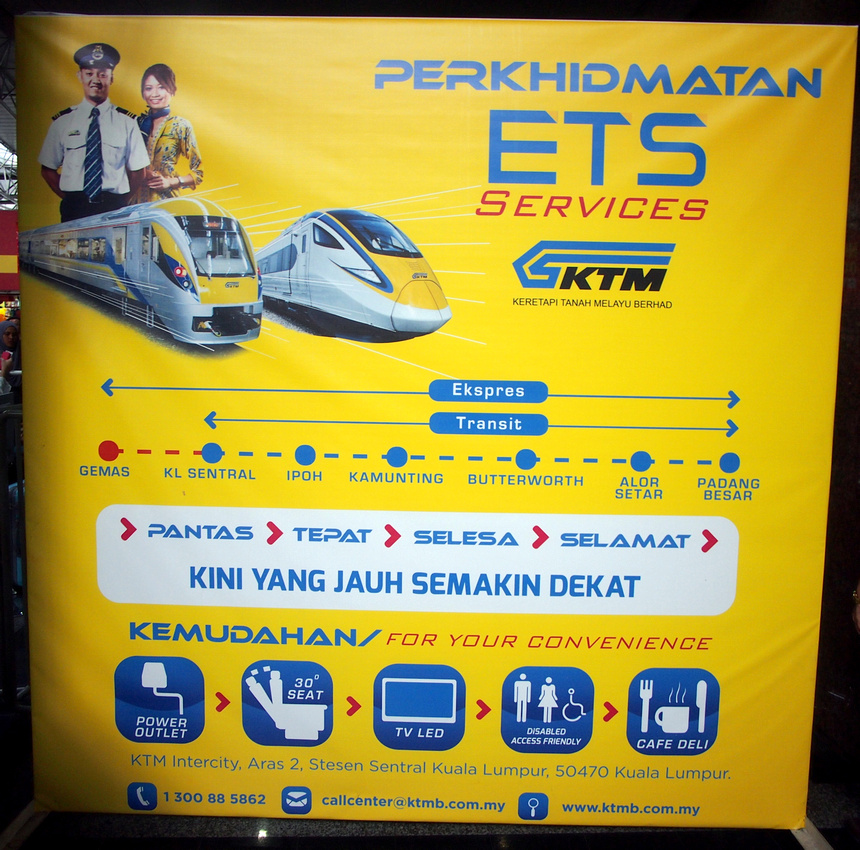 The ticket says to get to the station 15 minutes before departure. This is good advice if you are beginning from KL Sentral and you have never been there before. The station is a confusing mess with a separate metro platform, airport line, commuter train, and long-distance trains at different parts of the station.

There was a big crowd in a small waiting space, but when the gates opened it was orderly and the train departed at the scheduled time. 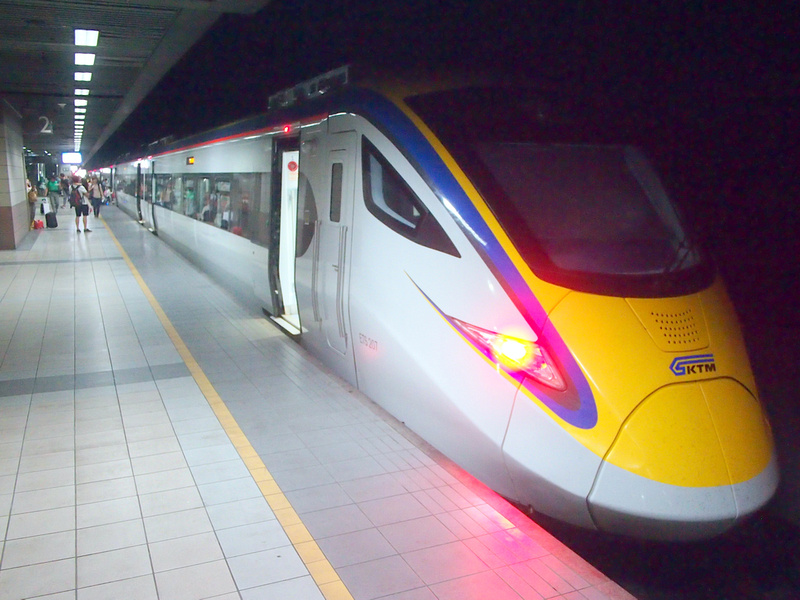 Getting back to the track gauge, the wider the gauge the wider you can make the train. With only one metre of gauge, the carriage was noticeably skinnier than the intercity trains I have travelled on in Europe. 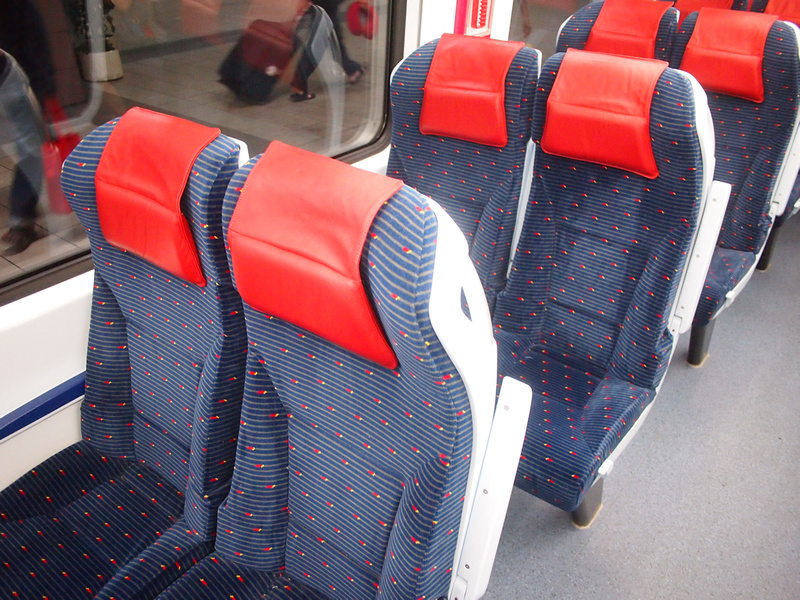 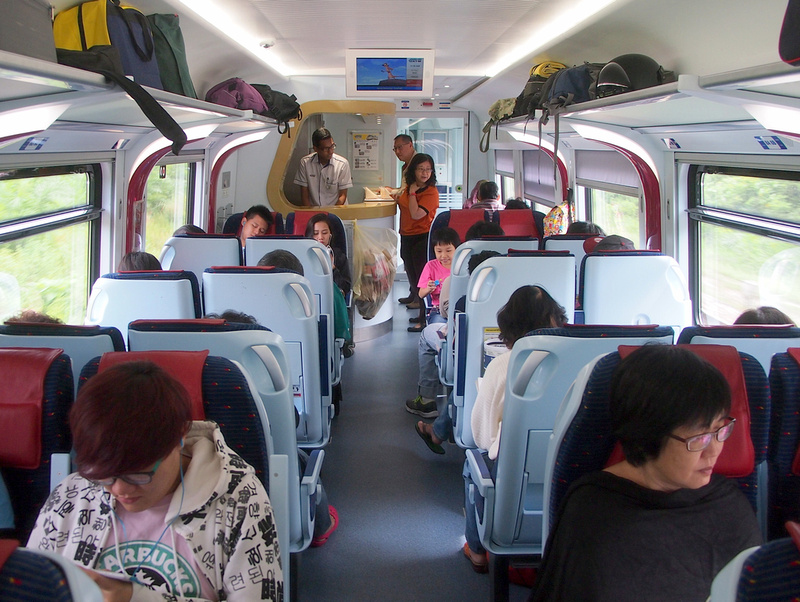 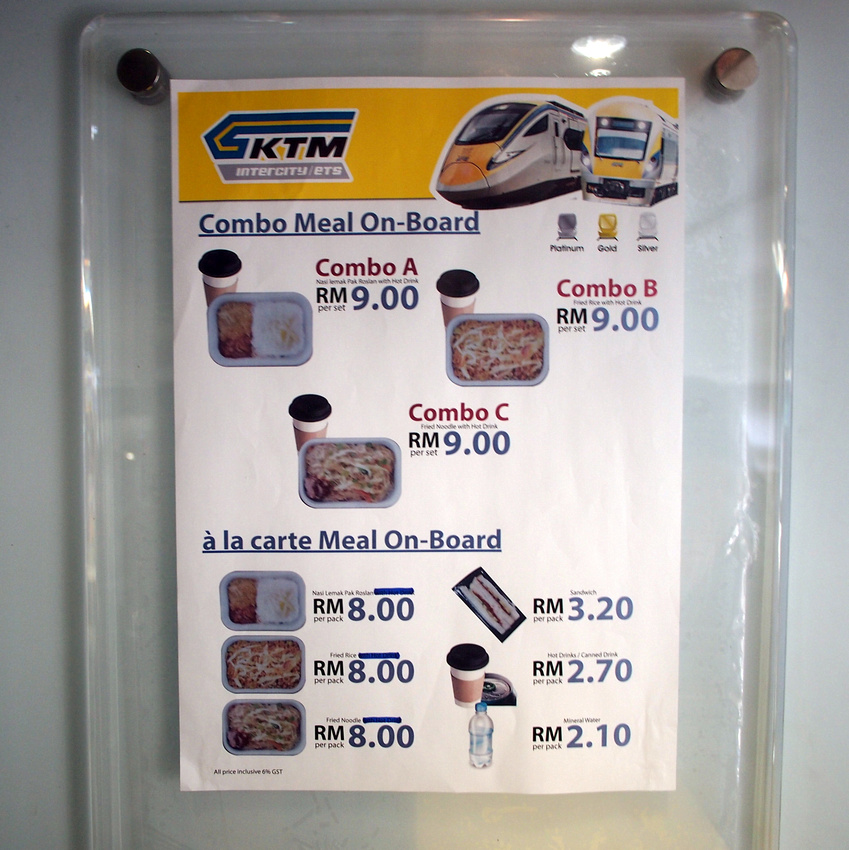 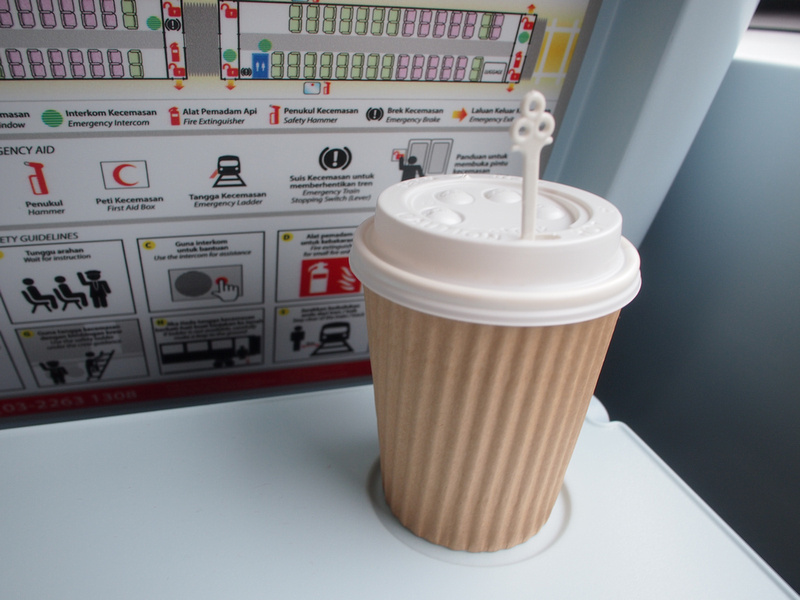 A train is always better than a bus because of onboard toilets. On the ETS they have merged the best of west and east by having a western toilet with a bum gun. My friends in Southeast Asia know what I’m talking about here. 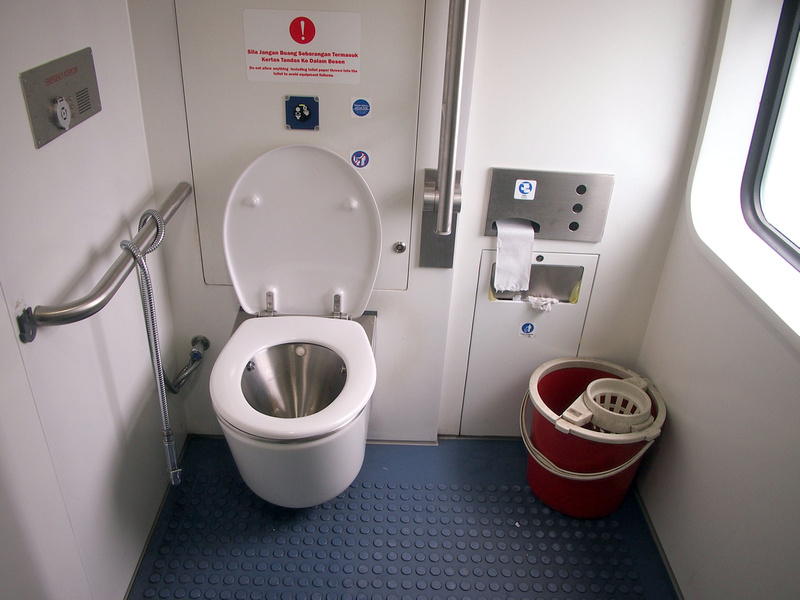 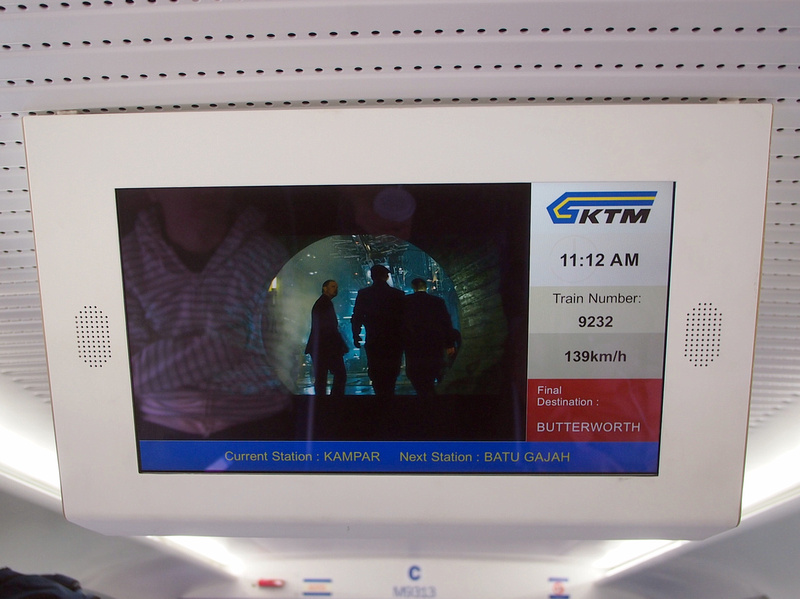 The train arrived almost to the minute on time at Butterworth. The ferry pier to Georgetown is next to the train station, though it is not well set up for pedestrians so you have to have to walk over a couple of overpasses. 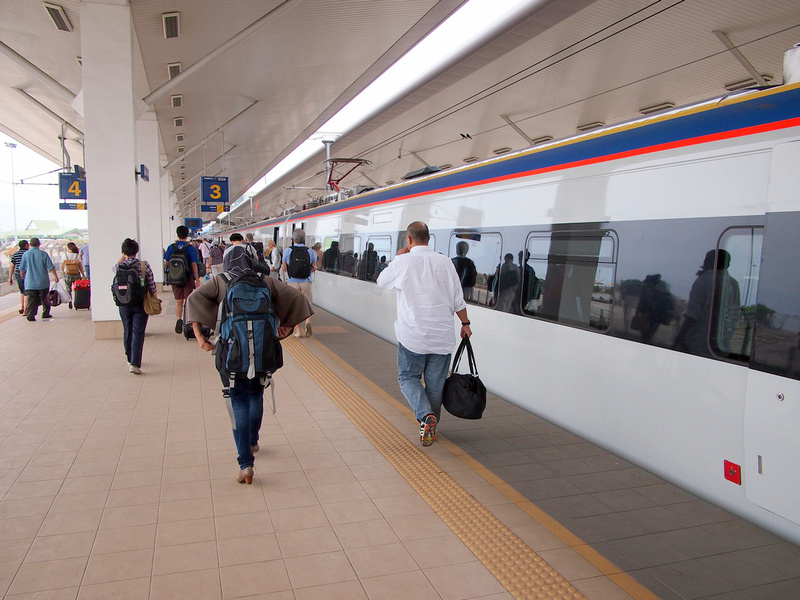 At 3 hours and 52 minutes, this is a great improvement on the bus which used to take 5, sometimes 6 hours. Hopefully, more services are added as there is already a demand for it. Turn down the air-conditioning and play an actual movie and this is a great service.

Read more about train travel in Malaysia and trains in Southeast Asia.