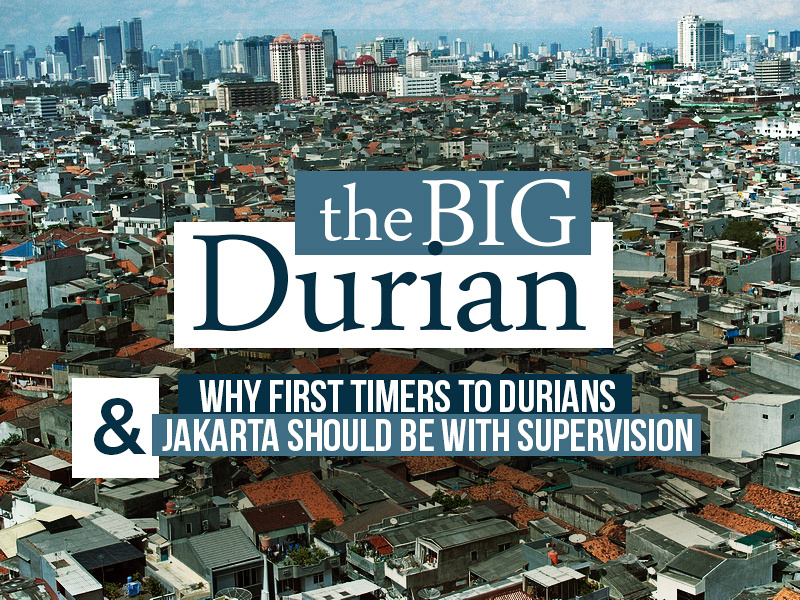 Jakarta is the city known as The Big Durian. Just like its fruity namesake, Jakarta has the ability to repulse first-time tasters and have them running, swearing never to return.

I have tried durian a couple of times and I still haven’t acquired a taste for it. The last time I tried it made me gag, but I am still willing to give it another go. I have friends who love durian, and I want to know why. Are they crazy, or am I missing something?

That is how I feel about Jakarta as well. At first blush it appears ugly (especially coming from the airport), yet – like any city – I want to peel away the layers and see what this place has to offer. Jakarta and durians are also similar in that first-timers should be under supervision. Before I had moved to Asia I would not have known how to eat a durian. Do you peel it or cut it? Then do you just bite into, or cut it again? The same goes for Jakarta. Where do you start? And how the hell do you get around this city of ten million people with no metro system? If you are visiting for the first time I would recommend having someone show you around. 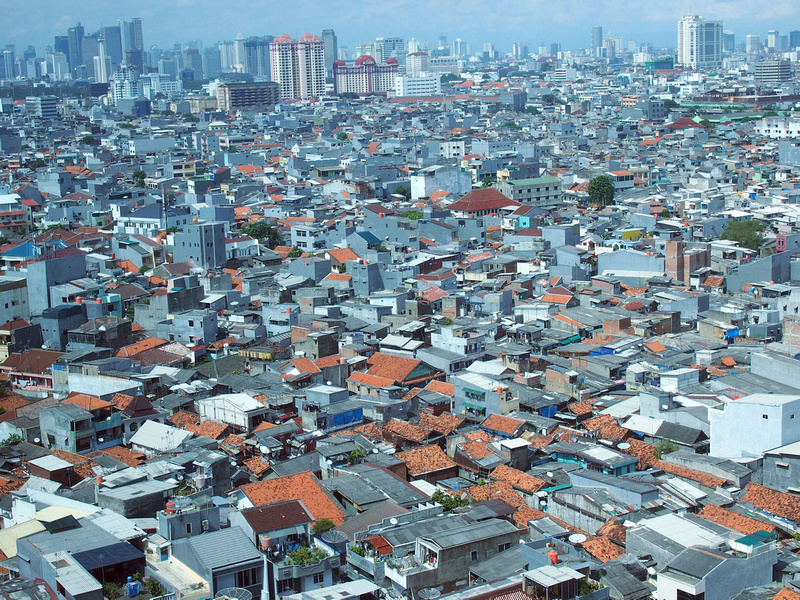 [If a durian looked like a city, this is what you would see. Welcome to Jakarta.]

I first visited Jakarta in 2009 and I stayed in the backpacker street at Jalan Jaksa, which is also the most convenient area to stay in Jakarta. I saw the highlights as highlighted in The Yellow Bible

, like the National Monument and Kota (the old town area), but didn’t really experience the city beyond that.

On that first visit I met up with a Melbourne friend who had just moved to the city for work three days earlier. As Jakarta newbies, Treen and I were fairly clueless about what to do. I recall we went looking for dinner and ended up walking past a bunch of local restaurants before settling on an expat place with a western menu.

Four years later I returned to Jakarta while on my way to Pangandaran. My friend Treen is still working in Jakarta, and she is there with her sister Tasha. I have known Tasha since 1998, so hubbing through Jakarta was a good excuse for me to catch up with friends I rarely see. In the time that the May sisters have been there they have got to know the city well, and started the blog We Love Jakarta. They are becoming seasoned Jakartans, and having a resident show me around this crazy city made for a completely different experience over seeing it by myself. We went out for Padang food, a confusing meal in itself for the uninitiated, then on to some excellent cafes in the leafy neighbourhood of Kemang. 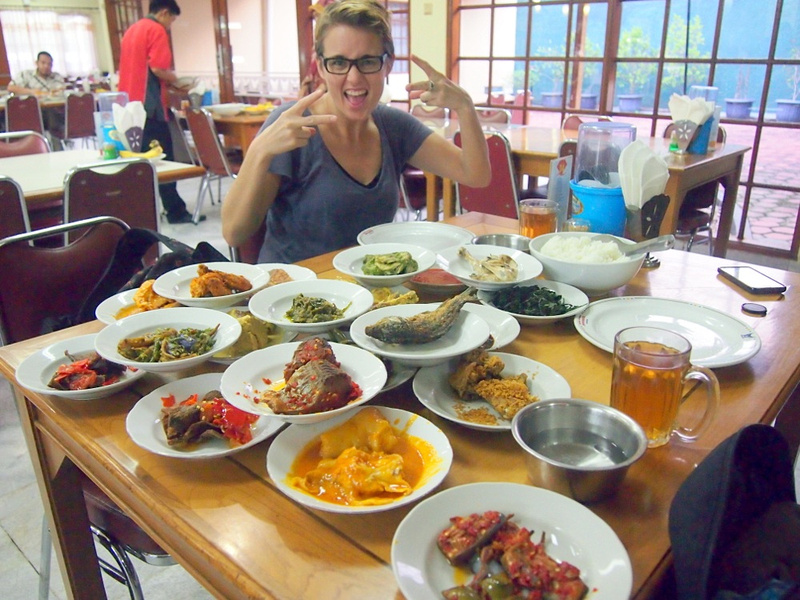 [Padang food with Treen from welovejakarta.com]

On this trip I also met up with my friends Adam and Susan. They live three hours away in Bandung, but visit Jakarta enough to be able to show me around. We met at a new cafe that I would never have found on my own, and got a fix of good espresso coffee (a rarity in Jakarta).

Through Adam I was invited to participate in a travel meetup put on by travel booking site, Wego. At this event a group of travel bloggers each did a three minute presentation on what it means to travel. 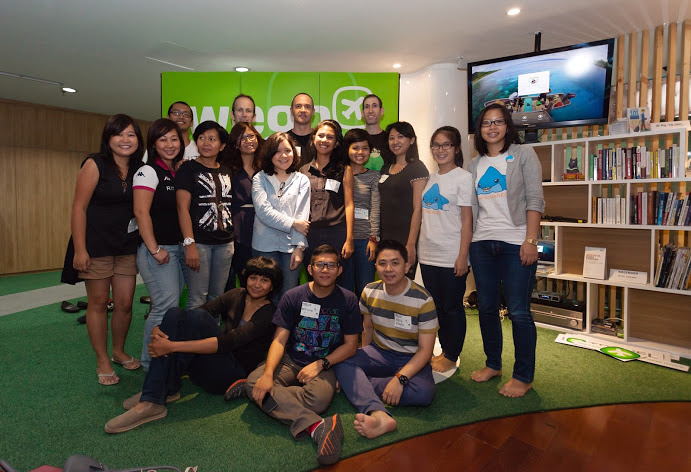 While I have an advantage of knowing travel bloggers and expats to make connections with when I visit a city, a regular traveller can still do the same. Even if you don’t know anyone in a new city, I would recommend getting on Twitter and tweet that you will be visiting and are looking for some travel tips.

According to one study 2.4% of world’s Twitter posts come from Jakarta. This seems like an unbelievable statistic but having now visited, Twitter is everywhere here. This may have been due to the fact that Blackberry has been the dominant phone brand in Indonesia, and Twitter is used as an IM service.

Jakartans are proud of their city and if you tweeted that you are coming to visit you will be sure to get some travel tips, and maybe an offer to meetup. I found so many people I met were thrilled that I had bothered to visit the city rather than making my way straight to Bali.

We Love Jakarta by my previously mentioned Melburnian friends.

Jakarta by Train. One of the biggest complaints about Jakarta (by locals and visitors alike) is the terrible traffic. If you can’t bare to face that then this site has listed things you can do that are around Jakarta’s modest train system.