If you have arrived in Thailand with a 30 day visa on arrival at the airport it is possible to extend your visa for another 30 days without leaving the country.

Previously it was only possible to get a 7-day extension on a 30 day tourist visa, but that has now been extended. Thailand is notorious for changing the visa rules several times a year, so check with official sources before planning any extended travels.

If you know you are going to spend more than 30 days in Thailand you can apply for a 60 day visa before you arrive. This can be done at any Thai embassy or consulate and it will save you wasting time once you are in Thailand. The 60 day visa can can also be extended for 30 days, so the following procedure can be applied.

This was my experience on how to extend a 30 day visa in Bangkok.

Getting to the Immigration Division at The Government Complex

The closest metro station is at Mo Chit BTS/Chatuchak MRT. It’s not anywhere near the office but I took the BTS to avoid traffic, and then get a taxi from there. Save the official website or map location on your phone so you can show the taxi driver. I didn’t and the driver didn’t know “immigration” so I showed him my passport and pantomimed stamping a page, and he got it.

If you are a couple or group a taxi would probably be cheaper than metro/taxi combo, but the metro might save some time if the traffic is bad, which is always a gamble when getting a taxi in Bangkok.

If you really want to get there on the cheap you can take a public bus. There is one from Victory Monument (Bus 166) and the South Routes Bus Terminal (Bus 66). 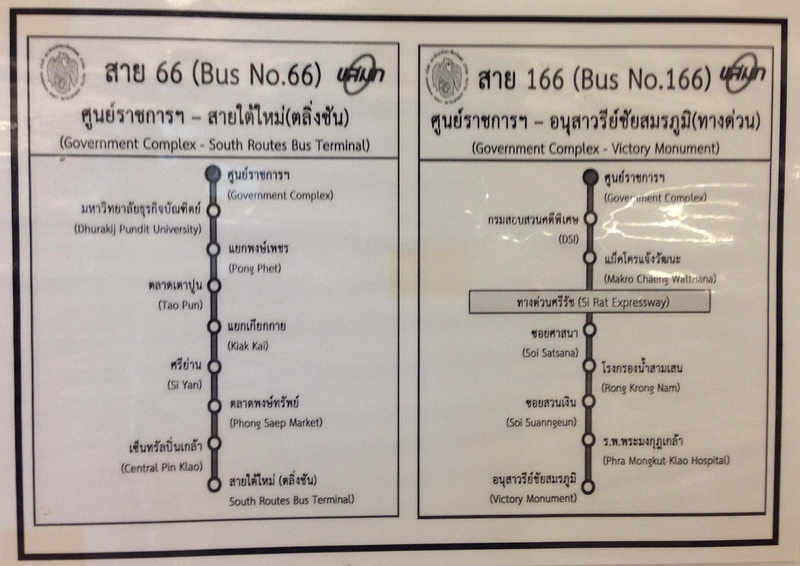 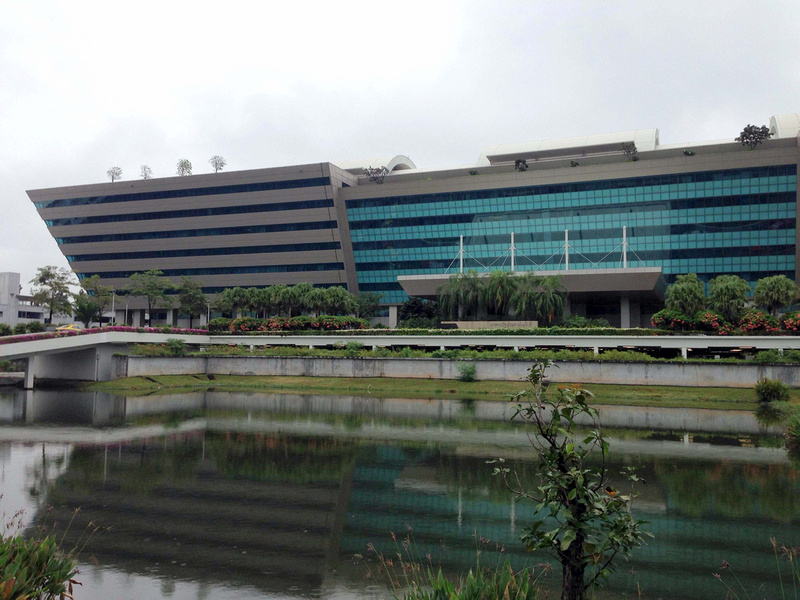 The government complex is a massive building that houses several government departments. Inside the building is a giant enclosed courtyard with shops in the foyer.

The immigration Division is easy enough to find as it is the first office on the right as you enter. 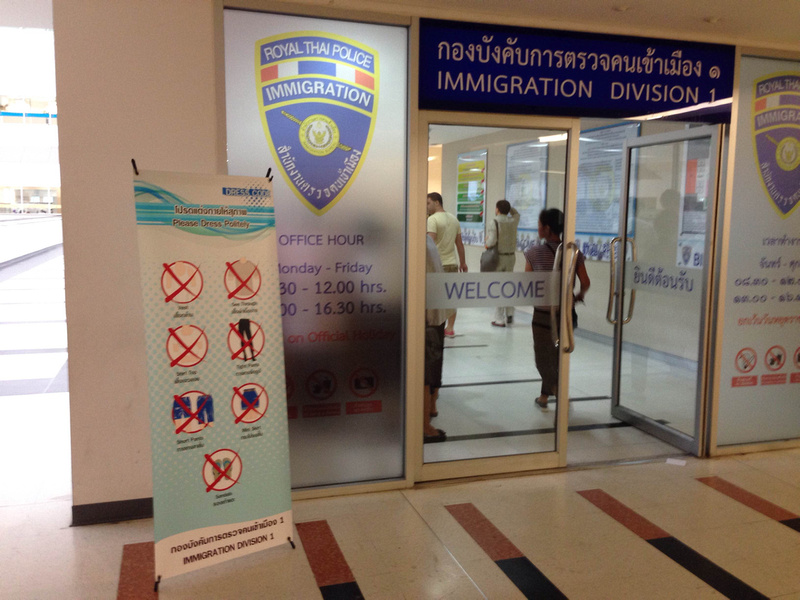 It cost 4 THB for two photocopies, and passport photos are available for 100 THB.

The visa costs 1900 THB and if you didn’t bring any cash there are banks in the basement shopping area as well.

In the Philippines and Vietnam I have encountered government offices that require a dress code (no shorts for example) so I wasn’t sure if that applied here. I wore shorts that go to my knees so I didn’t have a problem, but there was a sign at the office stipulating a dress code. I saw plenty of other people wearing shorts so it didn’t seem to be enforced. Just leave the hot-pants and tank-tops at home if you are going to the office. 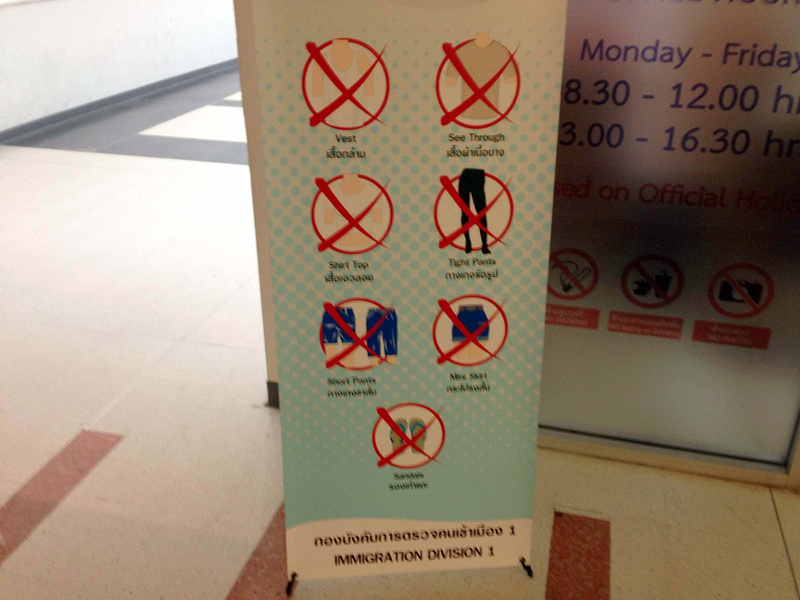 Applying for the visa extension 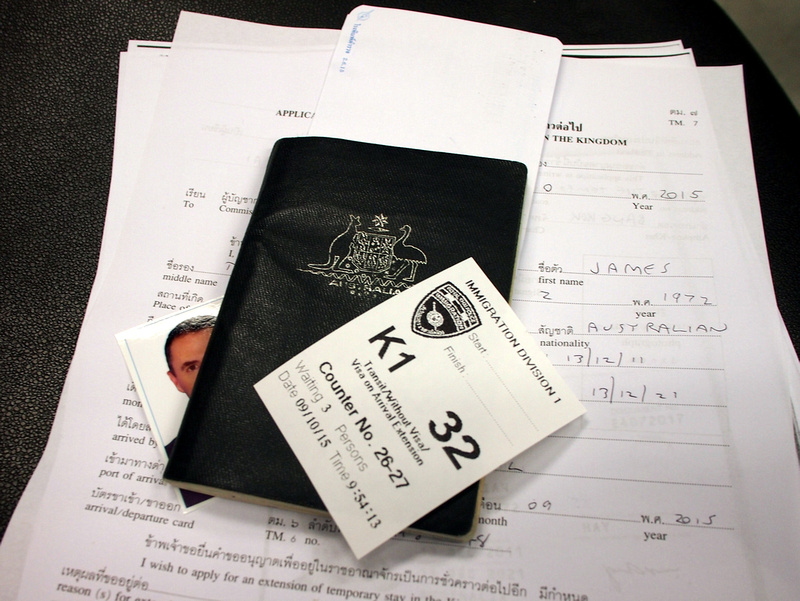 At the office I was handed a visa extension application form. This should be filled out before getting a numbered ticket.

I got my ticket and then went to the waiting room. I brought my laptop and Kindle expecting a long wait but it is a quick and efficient process.

I got my ticket at 9.55, my interview number came up at 10.00 and it was a five minute process. Twenty minutes later my passport was returned with a 30 day extension on my visa on arrival.

The office is open from 8.30am to 4.30pm, Monday to Friday, with the last queue tickets being issued at 3.30pm. It doesn’t say if that means no one is served if you have a ticket and don’t get served by 4.30, but my visa process took 30 minutes so an hour should be ok.

There is also a lunch break between 12 and 1, so take that into account if you are going to be arriving near that time.

If you arrived at lunch or for some reason your visa is going to take a while to process there are cafes and places to eat on the lower floor (where the photocopy shops are). 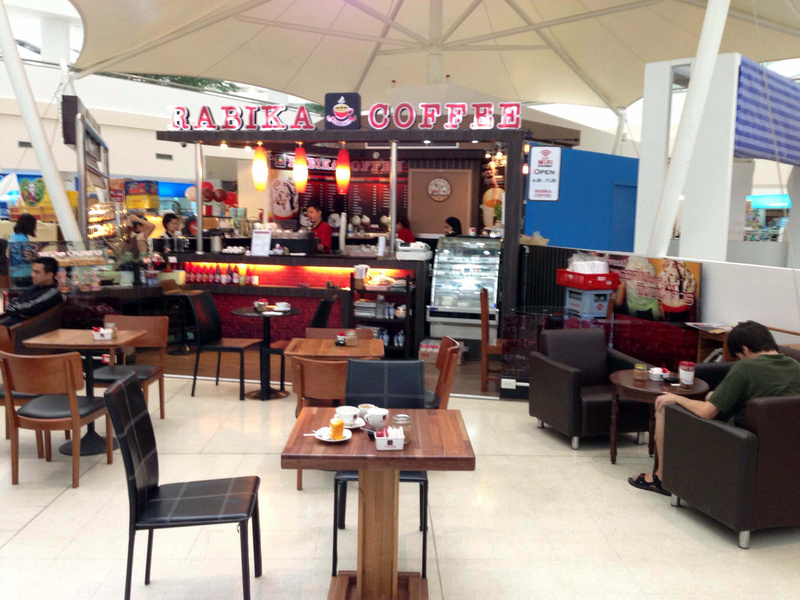