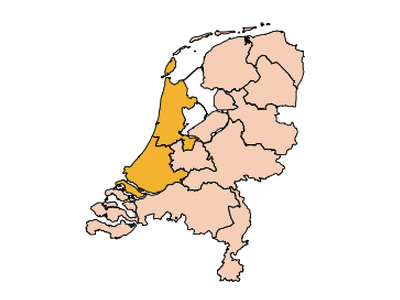 [Map of the Netherlands with Holland highlighted]

This is a distinction David Hasselhoff has not yet grasped when he appeared on Scottish television. Hasselhoff told GMTV presenter Jenni Falconer that he was “looking for a nice English girl“. She told him she was Scottish and Hasselhoff replied: “Well, that’s the same thing.” How not to win a Scottish heart – call them English.

I would have thought that at least the British news sources would understand this distinction, as Great Britain or the U.K is never represented in football tournaments, but England, Scotland, Wales and Northern Ireland are. If Holland were playing (representing South and North Holland) then that would mean the other 10 provinces would be represented.

While looking for links for this article I have found that the Netherlands Board of Tourism & Conventions (NBTC) do not help in allaying this confusion by lumping all of the Netherlands travel information into The Official Holland Site.