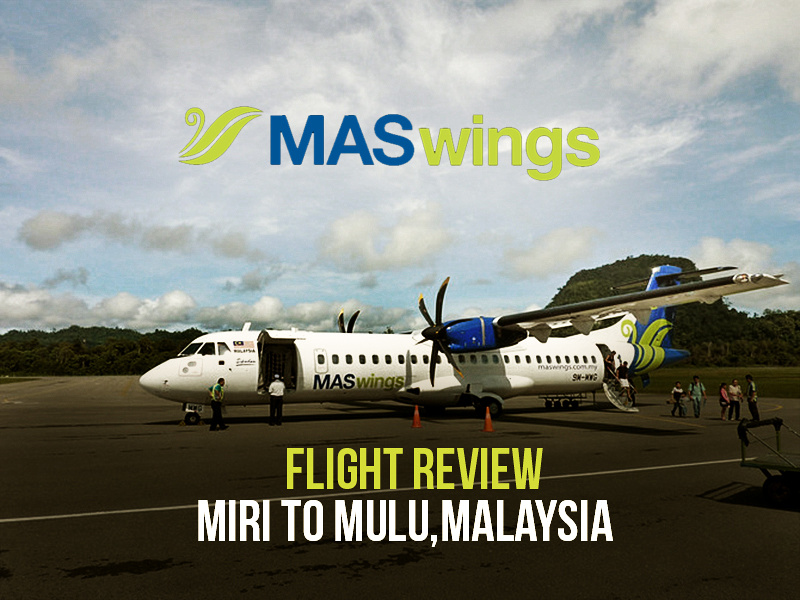 Gunung Mulu National Park is a UNESCO World Heritage Site in Sarawak, Borneo, Malaysia. While it’s not far from the city of Miri, there are no roads from Miri and the boat there is costly and slow. So the easiest way there is to fly.

MASwings is a subsidiary of Malaysian Airlines and operates regional flights in Malaysian Borneo. As they serve smaller airports they use Turboprop aircraft. 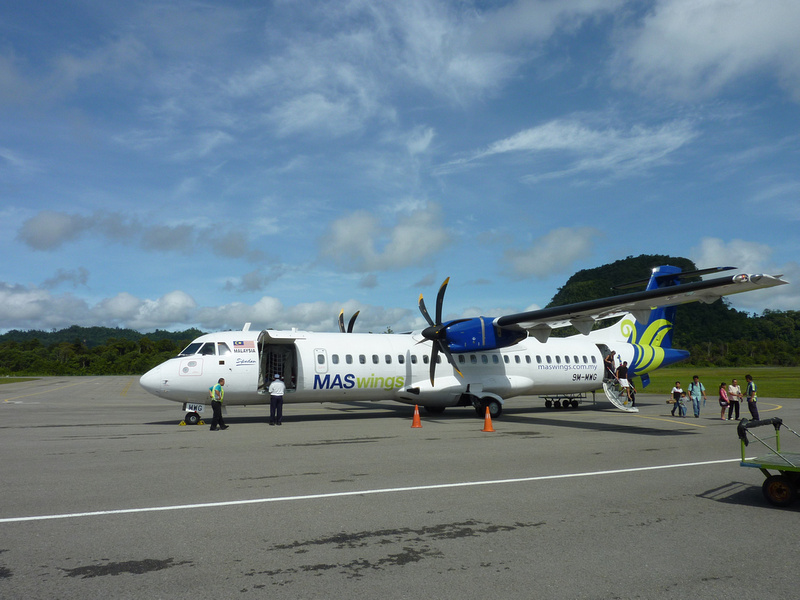 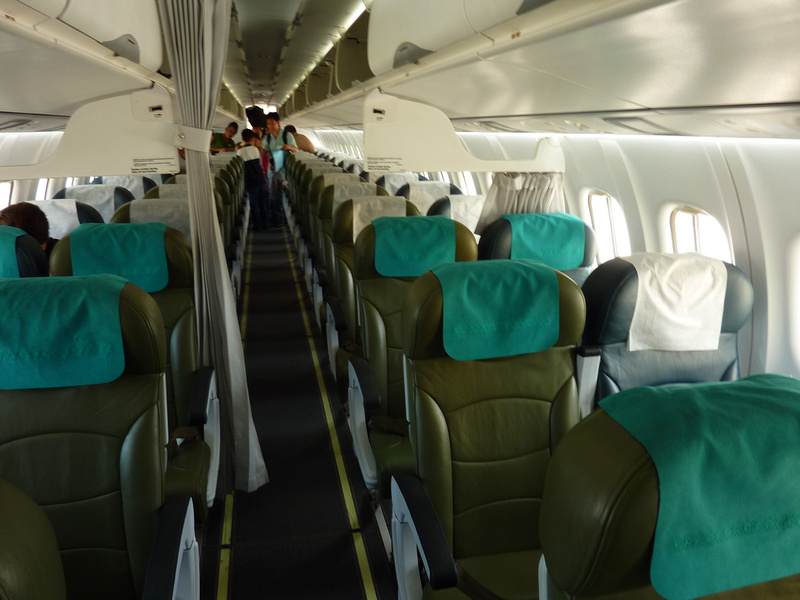 A newspaper and a free drink is offered on this service. Milo is a popular drink in Australia, and one I haven’t had for years. 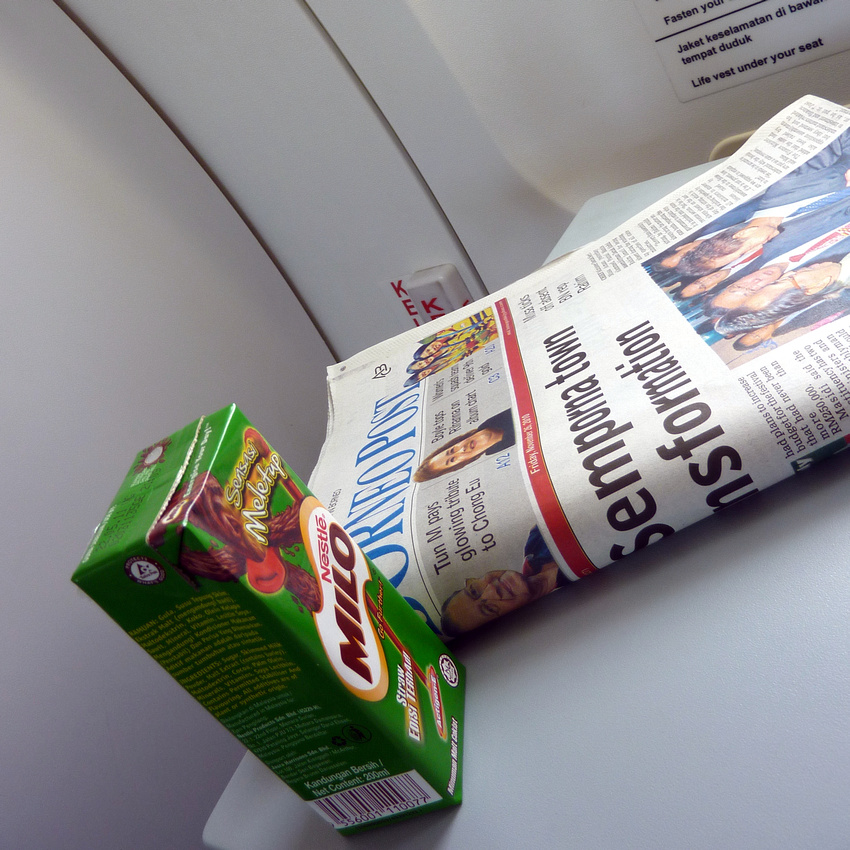 The flight from Miri to Mulu is just 30 minutes. You hardly get time to crack open the Borneo Post before the descent begins. Not that you want to read the paper. Look out the window and check out the wild land of Borneo. When you look out the window you can see why flying is the best option to Mulu. Down below is prime jungle and a winding river that makes for a 12 hour journey from Miri if you went by boat. 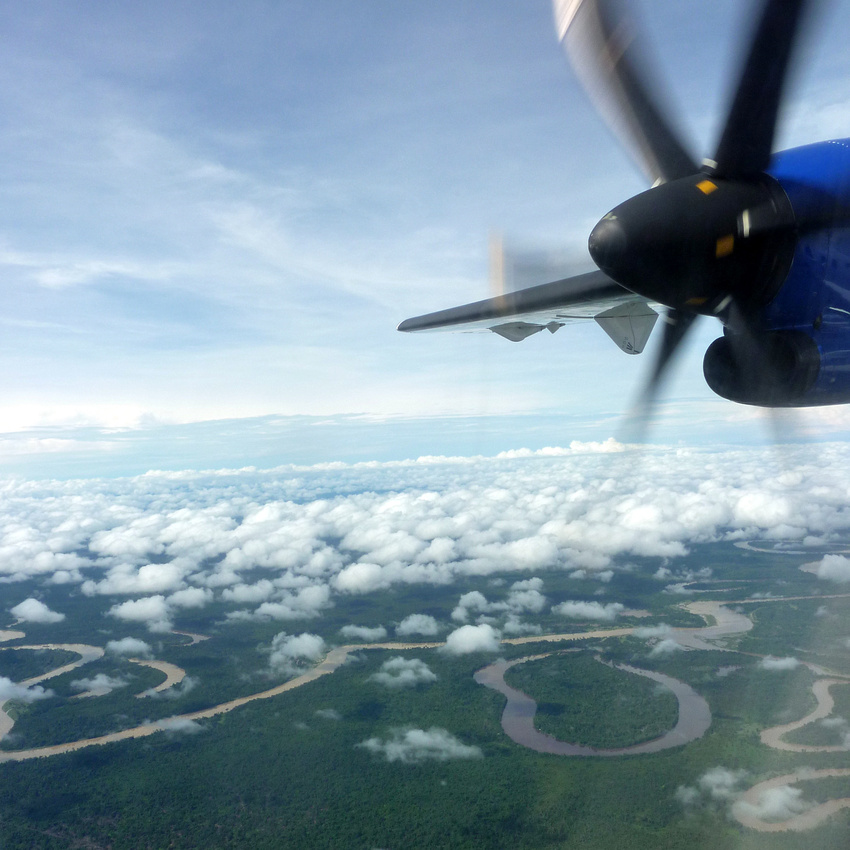 My schedule was changing often so I didn’t buy a ticket until a few days before the flight, but I still managed to get reasonable priced tickets. If you book in advance there are flights available for around 30 MYR ($10USD).

To search for tickets check Skyscanner for flights.