I have been to Los Angeles a number of times yet I had never been to the downtown area. When I first came to LA, in 1996, the Downtown area was still off the map for tourists. It was the America that you heard on the news, with crime riddled streets and Americas largest skid row.

Things have changed since then and Downtown Los Angeles is on the rise. I love a good urban regeneration story so I had to go and have a look for myself. I figured I would go there for a couple of hours and then head back to the beach. I didn’t realise there was such much to see though, and I ended up spending most of the day wandering around.

I got the bus from Santa Monica which takes about one hour and terminates outside the impressive Union Station. One day this will be where you get the train if California ever gets a High Speed Railway. I’m not counting on that but it is good to dream. 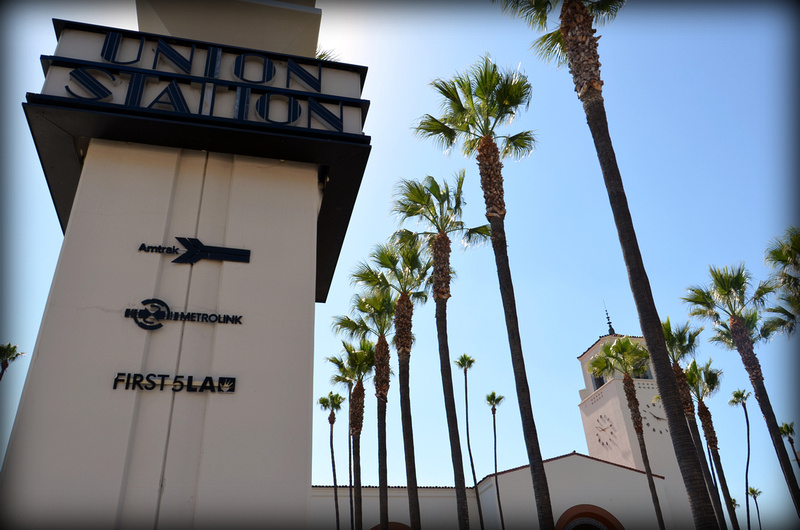 One of the first buildings I noticed is the Los Angeles City Hall. This building is instantly identifiable from all of the crime/cop/law films and TV dramas that have been set in Los Angeles over the years. 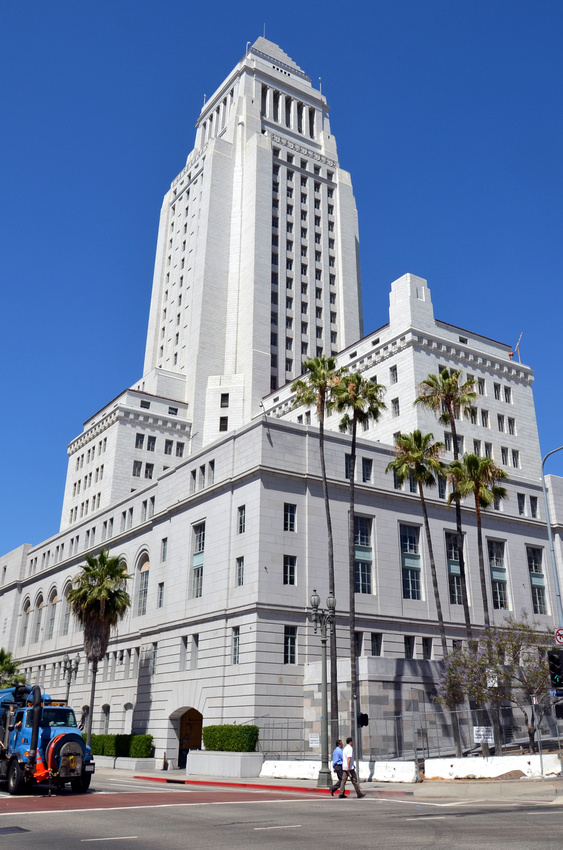 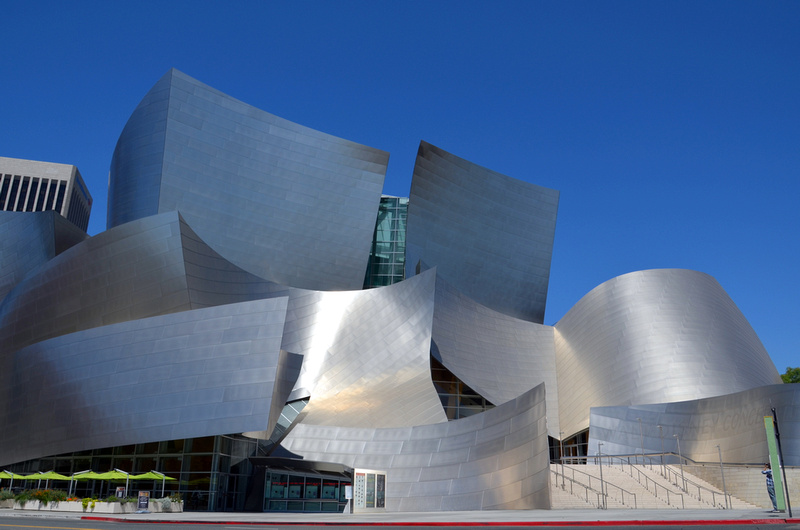 Walking around and seeing empty lots and abandoned buildings you can see that this was city that needed saving. 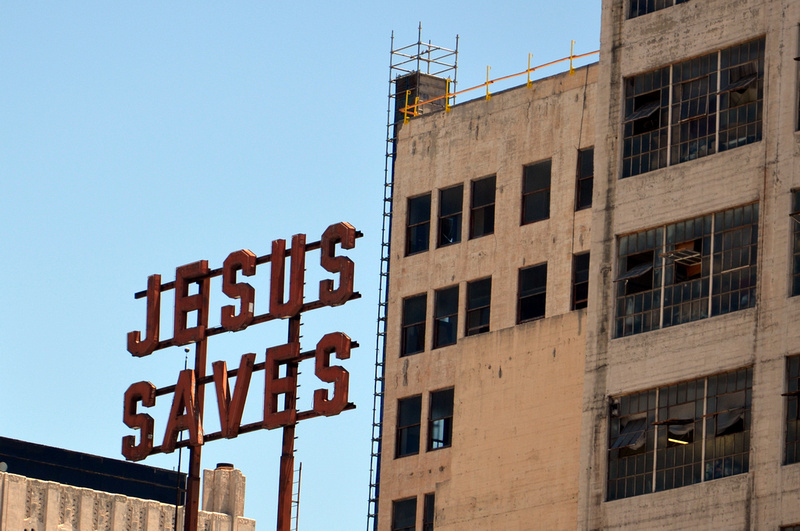 One thing I will say about empty lots is that the adjoining walls make an ideal canvas for giant street art. 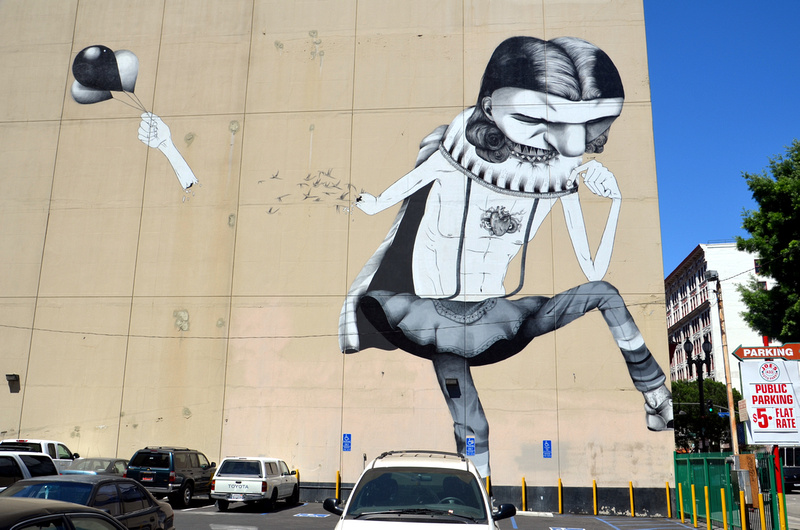 Los Angeles doesn’t have a lot in common with New York, but they both have a Broadway. There are many buildings along here that wouldn’t be out of place in New York either. 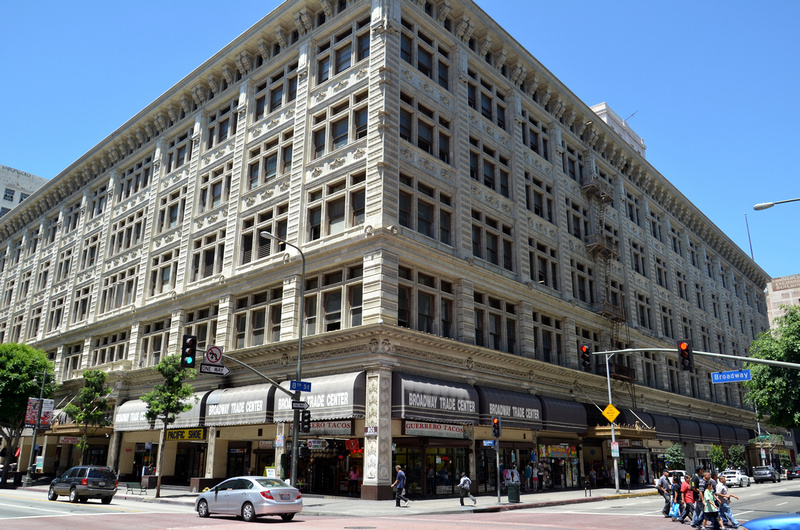 One thing I love about the US are the old business signs. Los Angeles has an abundance of signs like this. My favourite is the New Million Dollar Hotel Rosslyn sign. Partly for its pop cultural heritage, being the setting for the U2 filmclip “Where the Streets Have No Name”. I also like it for its language. A million dollars must have sounded like a fancy amount of money when it was constructed in the 1930’s. Today I look up at the building, hold my pinkie to my mouth and say like Dr Evil: “One Million Dollars.” 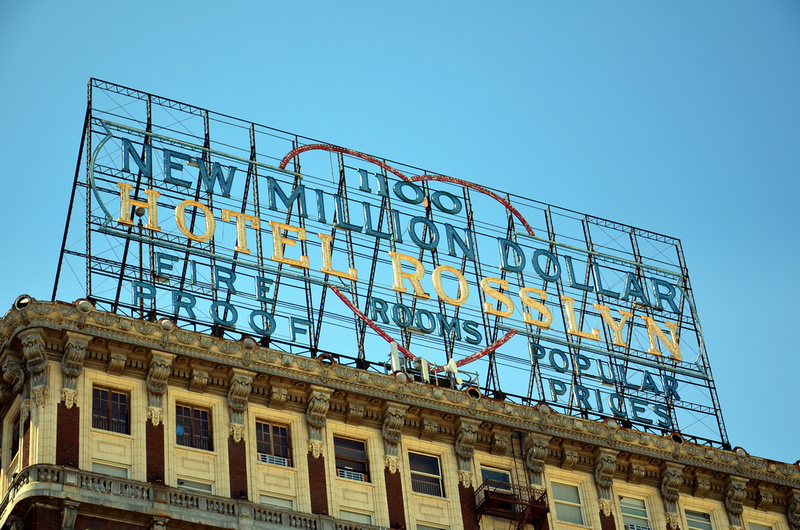 There are a stack of buildings around Downtown like the Rosslyn Hotel, and many of them are being converted into apartments. When I was there the Rosslyn Lofts was advertising studios from $789 per month. The Eastern Columbia Building is perhaps the cities finest Art Deco building and a real surprise that it survived the demolition mania of the 1960’s. 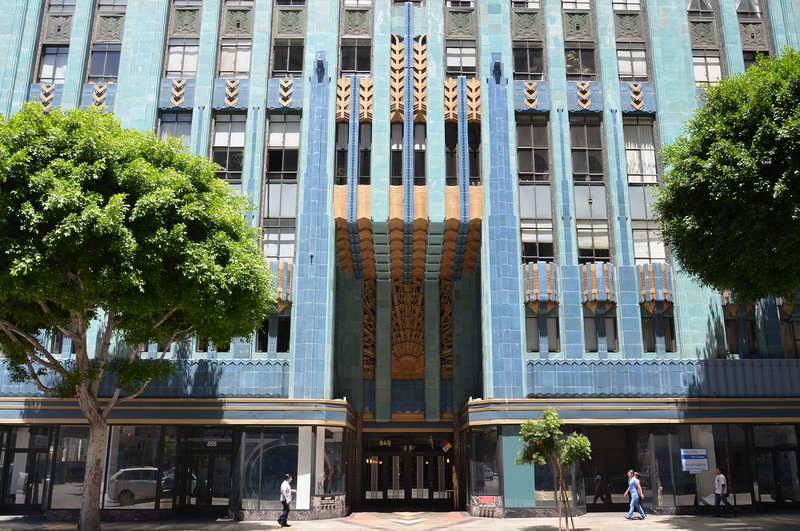 Also surviving the era of demolition are a good stock of cinemas in the movie palace style, such as the 1930’s era Los Angeles Theatre. 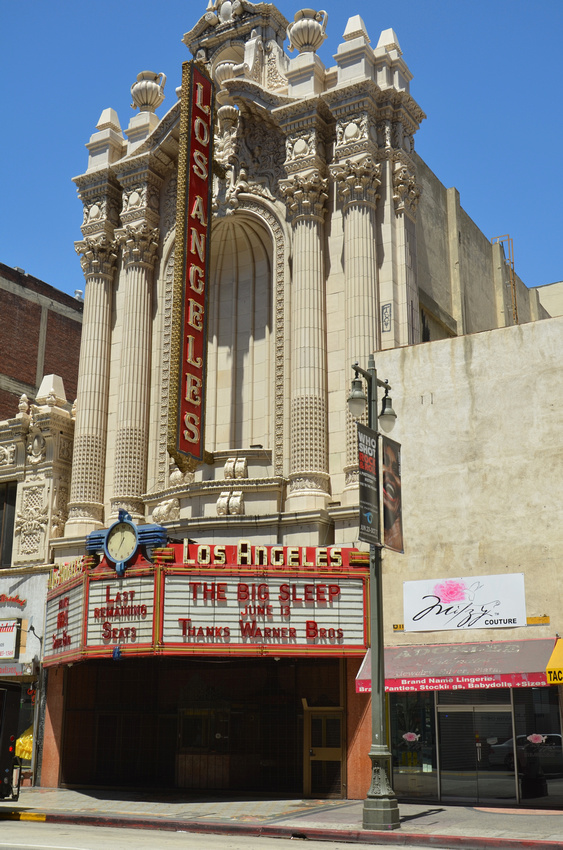 Wandering around Downtown Los Angeles I noticed a distinct lack of Starbucks. I saw a couple around but not on every other corner like most cities in the US (not yet at least.) In the meantime there are some hipster cafes that are opening here, such as Coffeebar. 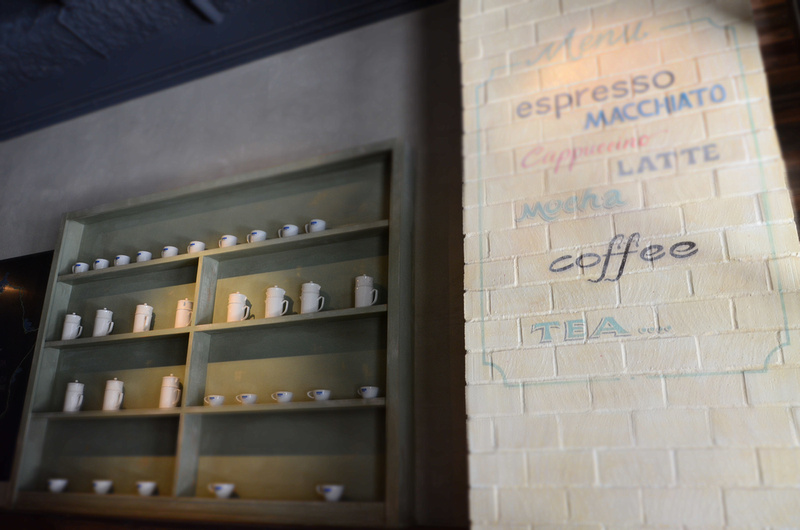 There aren’t many chain restaurants here either. The city still feels like it has an edge to it which has kept the chains – and gentrification – at bay. It is definitely changing, but for now you can still find taco stands like this. 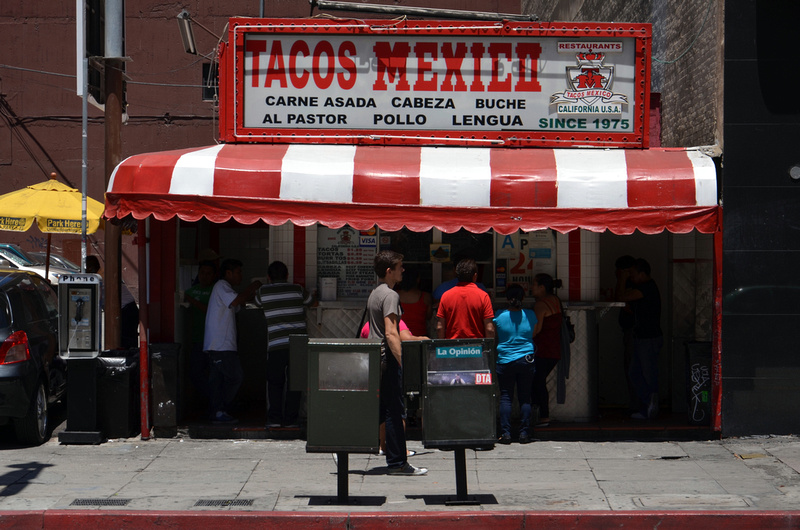 Further reading: While I was in Los Angeles I stayed with a travel blogging friend. Melanie has compiled a comprehensive article on Downtown LA.