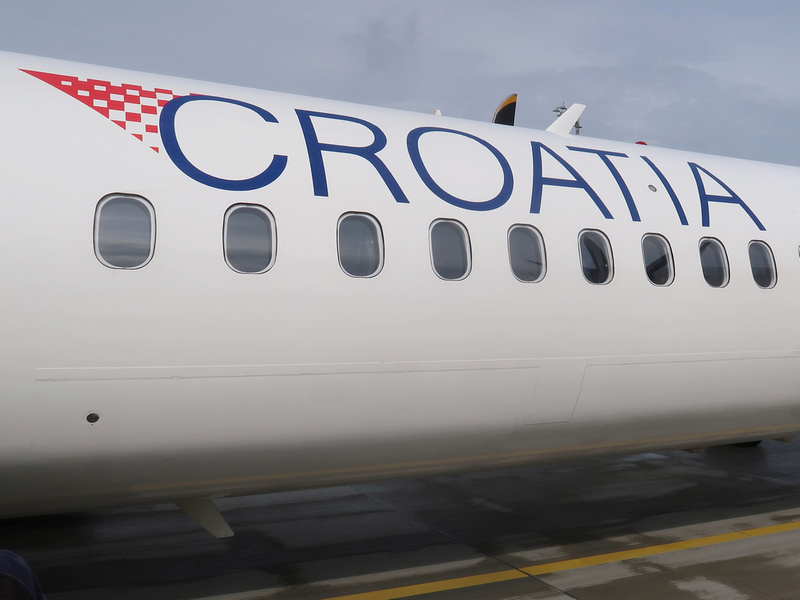 I flew with Croatia Airlines from Munich to Zagreb. This was the third leg of my trip from Vietnam to Croatia, with the first two flights being Saigon to Singapore to Munich with Singapore Airlines. I used Skyscanner to compare different flight combinations, and this combo with Star Alliance airlines was the best option. 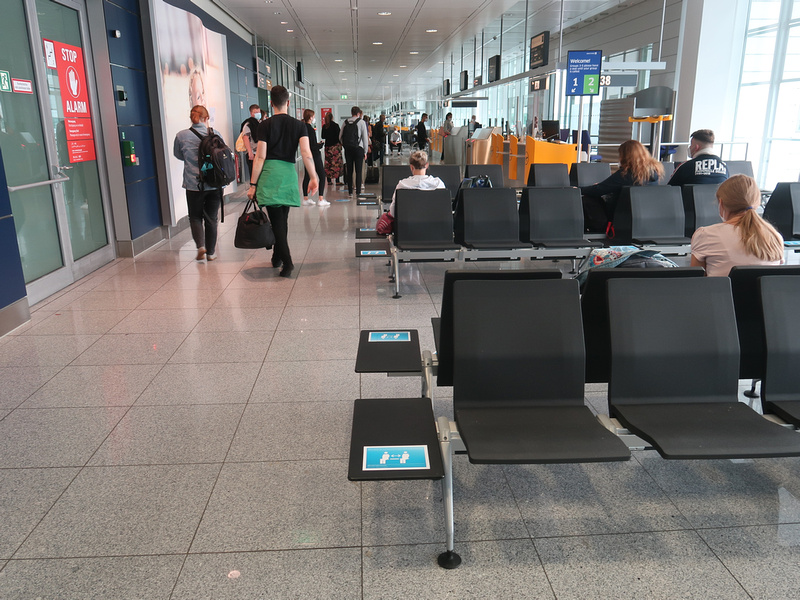 As my bag was checked through all the way to Zagreb I didn’t need to check in again at Munich. And also because I wasn’t flying into a Schengen area I didn’t need to clear immigration at Munich. With that in mind, I figured that the 1 hour and 10 minutes connection time between flights would be adequate. 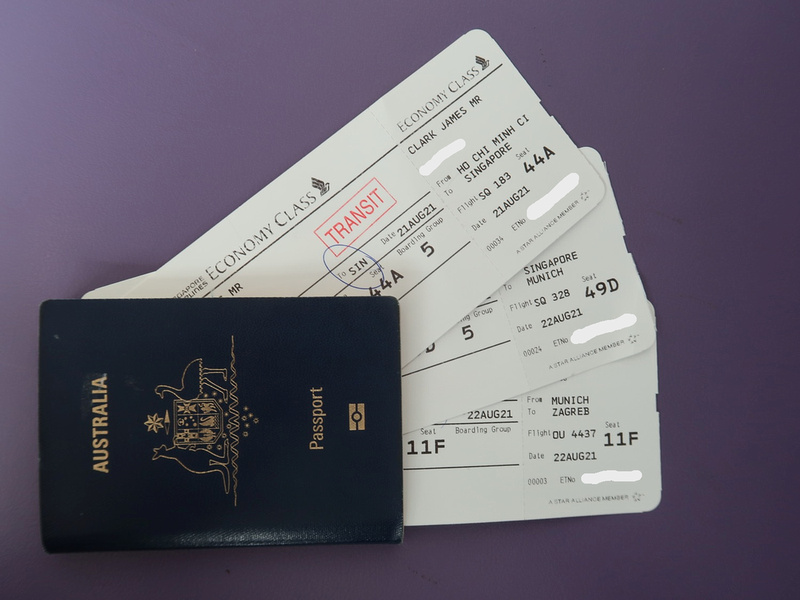 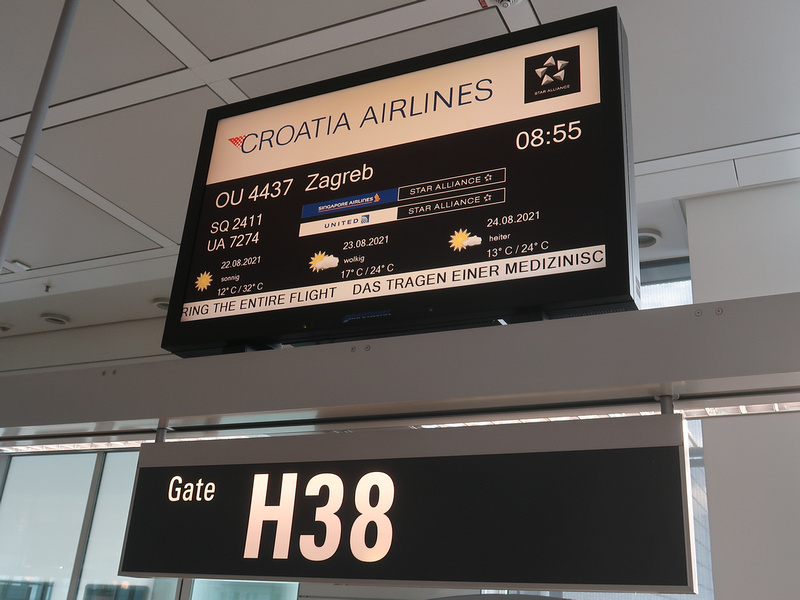 This was my first time flying with Croatia Airlines. Like the buzz of New Country Day, I enjoy the buzz of flying an airline for the first time.

And in a world where A320/737 aircraft dominate, also like flying turboprop aircraft for the variety of experience. Today’s flight was on a Bombardier Dash 8 – Q400. 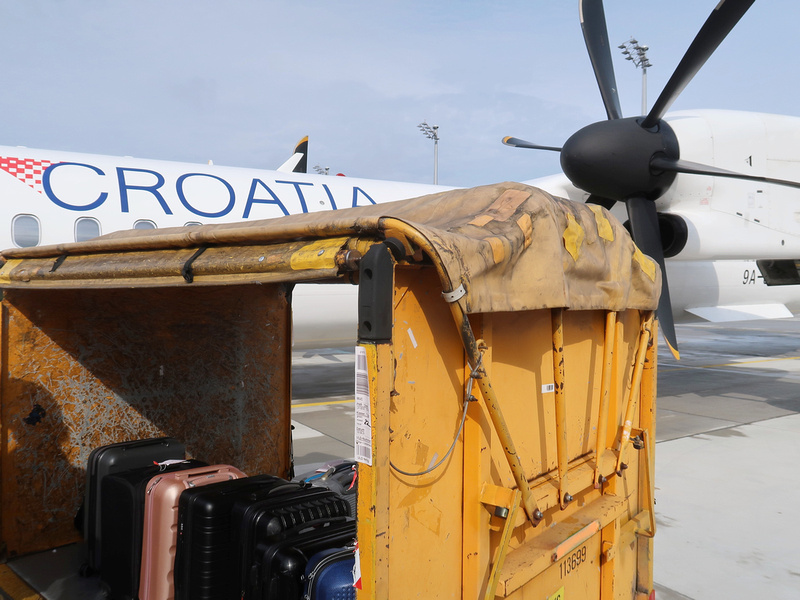 I always get a window seat for short-haul flights, and soon we were flying over the fields of Bavaria. 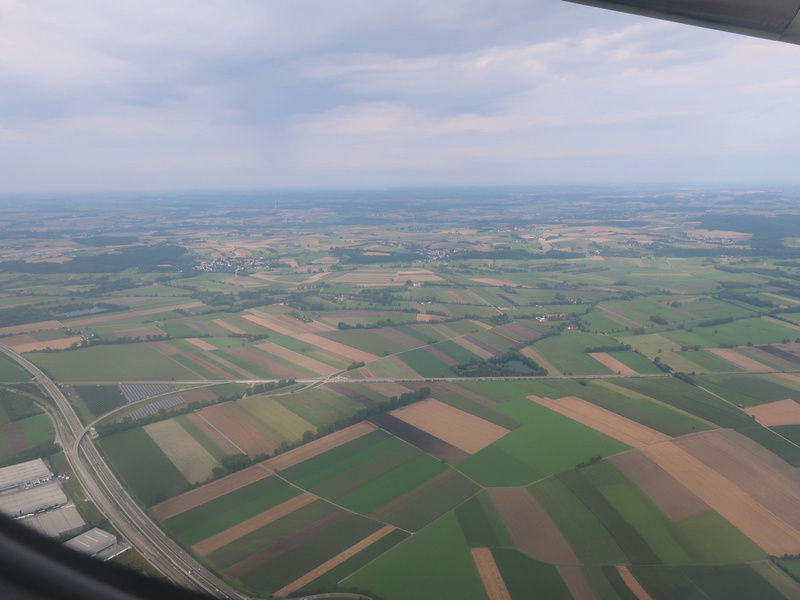 This flight was in the midst of the Covid-19 pandemic, and we had to fill out a health declaration form. I had taken a Covid test before boarding my flight in Saigon, so that got me inside the safe flying system. I didn’t see what the procedure was if you were checking in at Munich Airport. 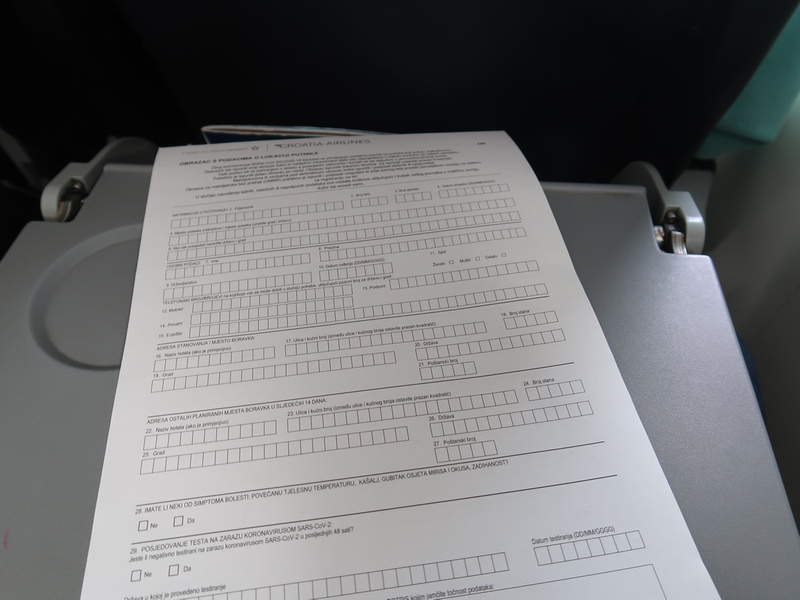 Croatia Airlines is a full-service airline, though I was not expecting a meal for such a short flight. I’m not sure if there is usually a full drinks service on this flight either, as such services have been cut back by airlines in these pandemic times. We were served a free bottle of water and a little snack packet. 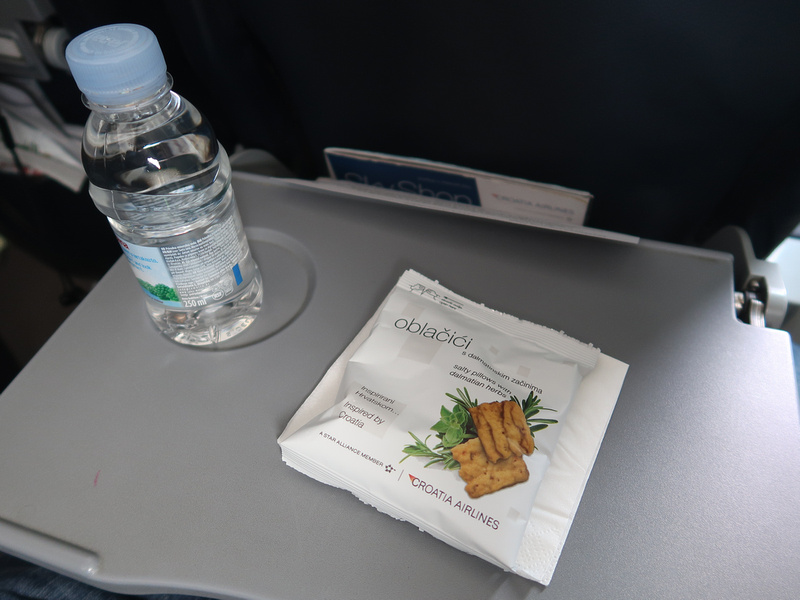 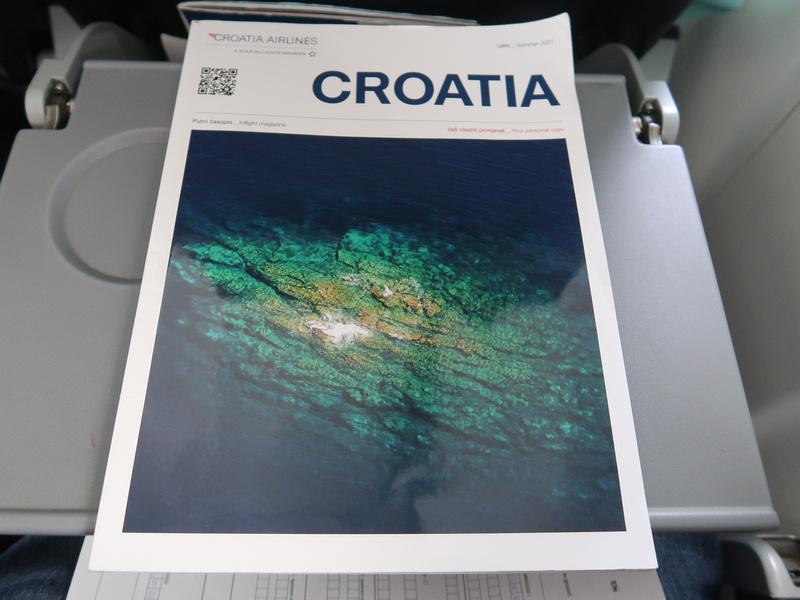 Croatia Airlines is a small airline that serves European destinations. It would have been useful if they drew route lines on the map because they also fly from airports other than Zagreb. 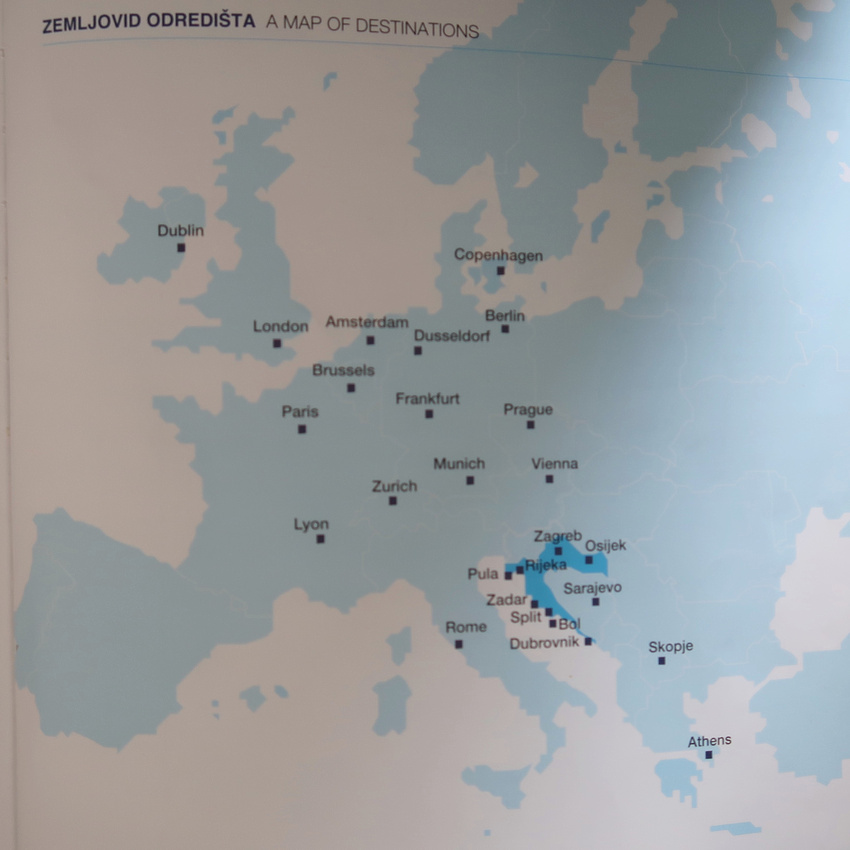 In addition to the turboprop, they also operate on A320 and A319 aircraft. 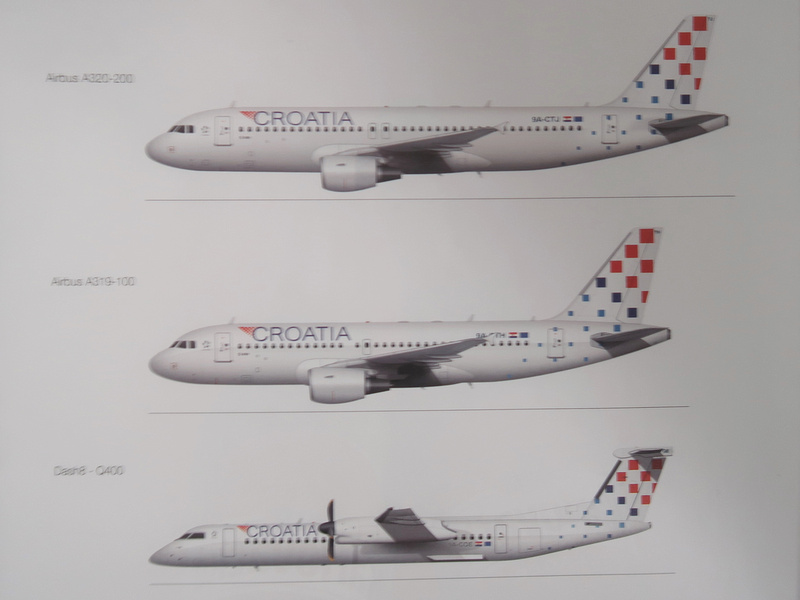 The scheduled flight time is 1H, 10M, and I thought about how much time we save compared to crossing these mountains by land. 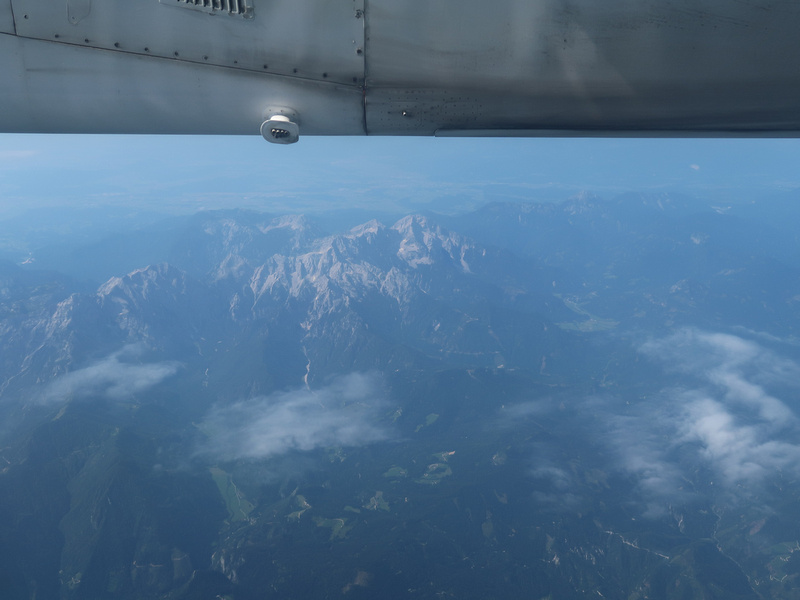 We arrived at Zagreb an hour behind schedule. 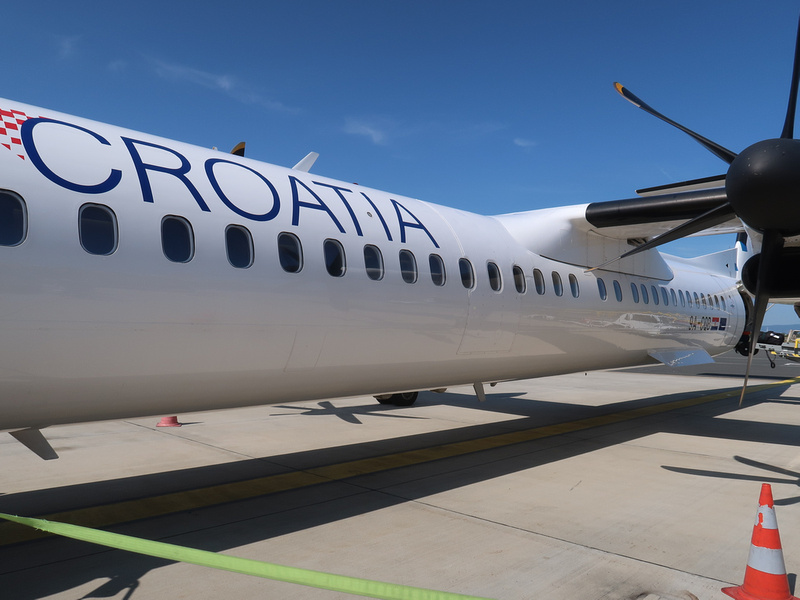 No airbridges for turboprop aircraft, but on such a glorious day it is good to be out walking on the tarmac. 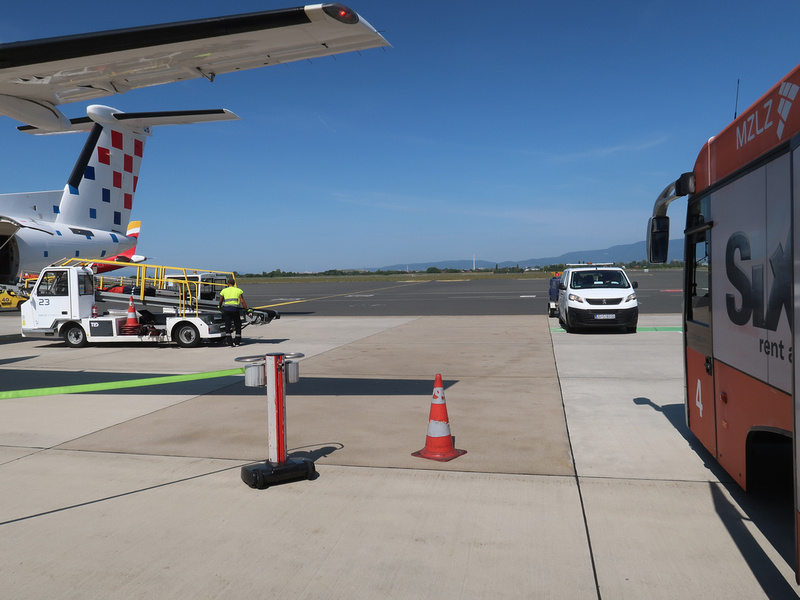 Zagreb is a small airport, and as we were the only flight there my bag was there by the time I went to the toilet. 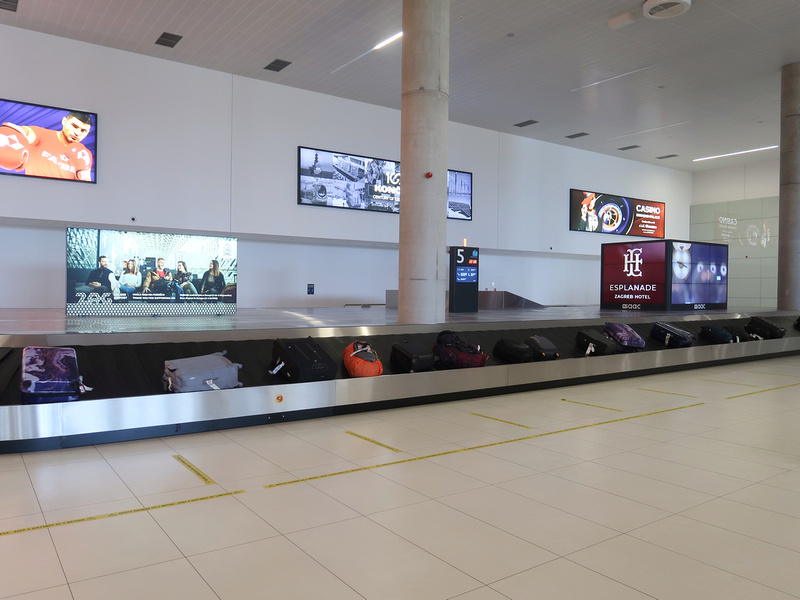 Overall this was a good flight option to arrive in Zagreb, despite the delay. Read more about my trip to Zagreb.