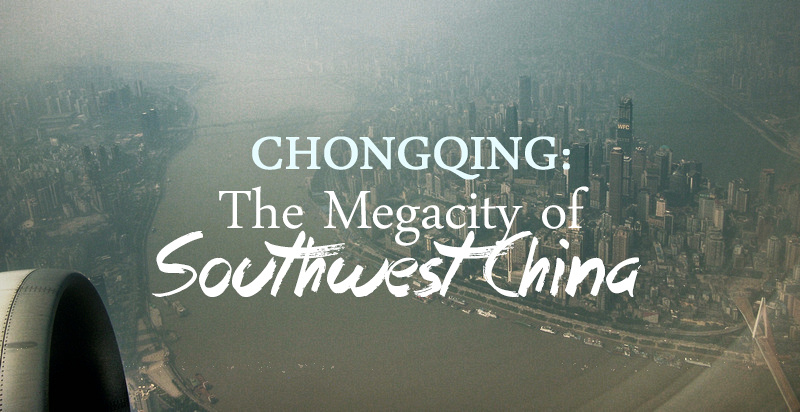 Quick question; who has heard of Chongqing? (Chinese readers are excluded from this poll).

I first came to Chongqing in 2010 where I made a stopover on my way from Xi’an to Chengdu, and I recall having to look it up to see where it was. Turns out that Chongqing is technically the largest city in China (if ranked by administrative area). 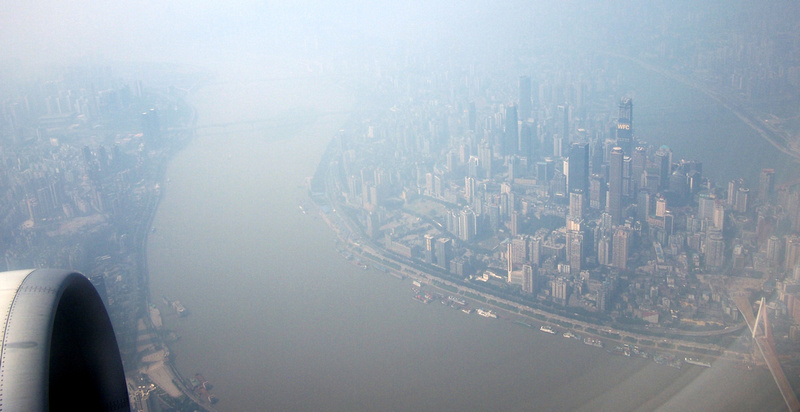 Is Chongqing the biggest city in the world?

Chongqing was once part of Sichuan province but since 1997 it is a direct-controlled municipality (along with Beijing, Shanghai and Tianjin) which has 34 million people, though the urban core of the city has only (only!) 6 or 7 million people. There are conflicting ways of measuring a city, depending on where you draw the boundary lines. Some places have called Chongqing the largest city in the world, though this is not true. Whatever way you look at it though, this city is huge!

Students of history might know the city as Chungking (its formerly romanised name), which was the capital of the Republic of China during the second world war. Today the city is being developed as a gateway to western China and it is a major air and rail transport hub. The city is also the starting point for boat cruises down the Yangtze River that visit the Three Gorges Dam and the Buddhist Dazu Rock Carvings.

Rivers make up an important part of Chongqing’s topography as the core of the city is located on a peninsula where the Jialing and Yangtze rivers meet. 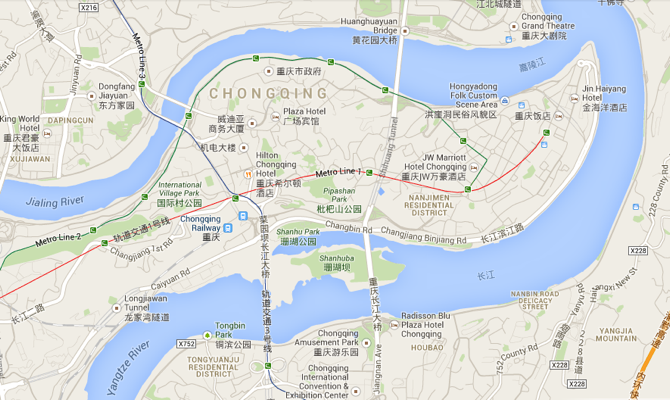 Chongqing is known as “the mountain city” and once you are on the ground you will understand why. Some of the streets of the downtown area make San Francisco feel like flatlands in comparison. I didn’t have a map (or phone data) so I went wandering the streets to see what I could discover, and I discovered that it is easy to get lost here (not that this is a bad thing). The streets wiggle everywhere, and then there is a cliff face that drops down to the river. Among the little laneways there skyscrapers that is making the city resemble an inland version of Hong Kong. 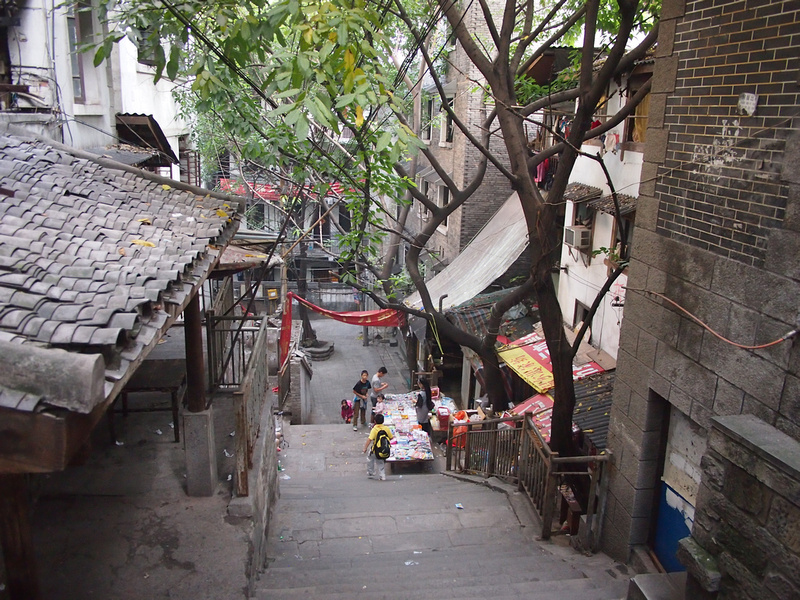 [A steep and narrow laneway.] 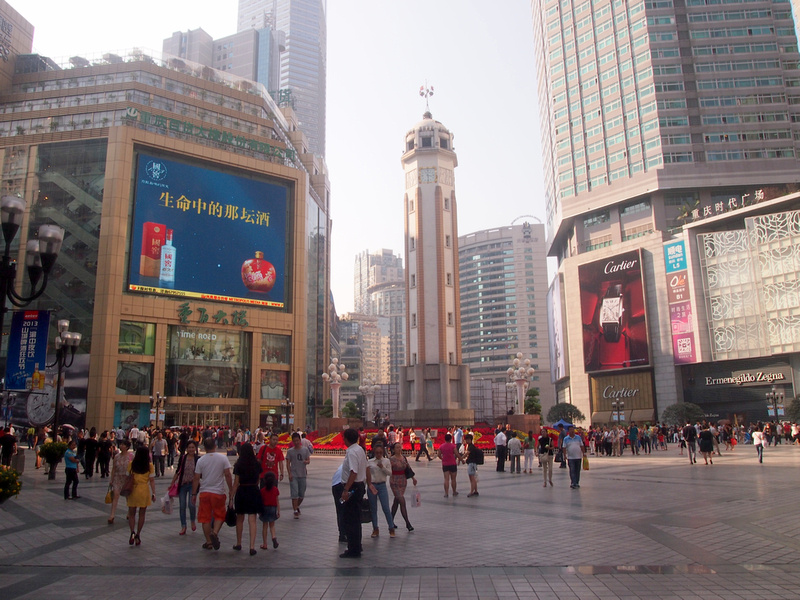 [Liberation Monument – the central point of the Chongqing CBD.]

The best way to see the city

The best view of the city can be seen from the south bank of the Yangtze, and if you are on the peninsula The Yangtze River Cableway is the most scenic route. 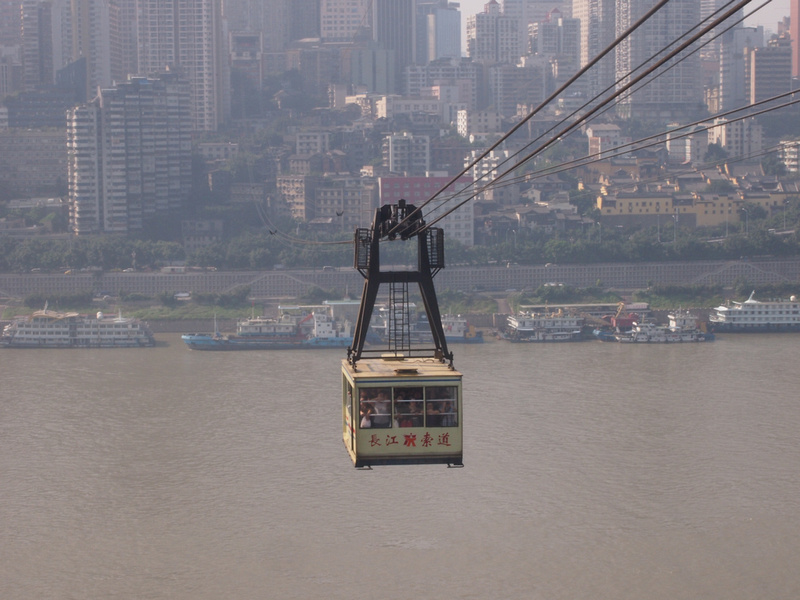 From there the walk along the river is flat and made for pedestrians. 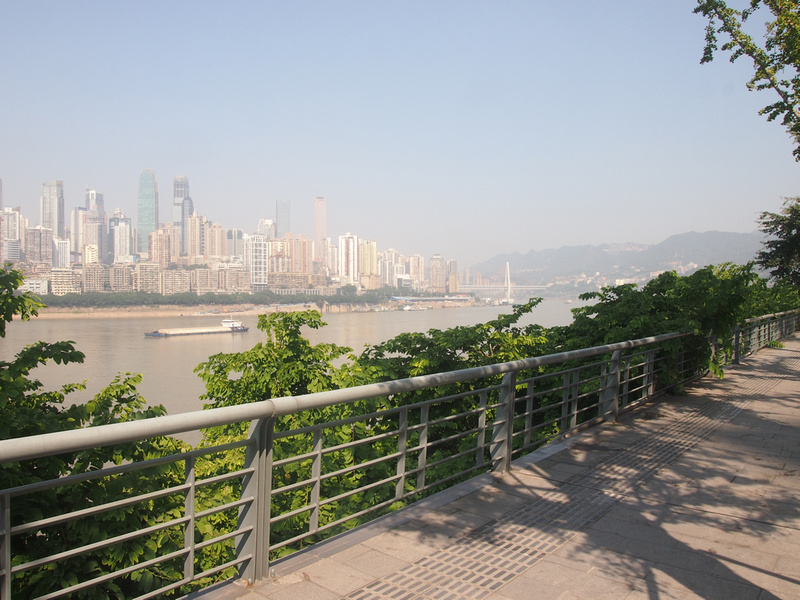 As part of this Club Carlson Global Travelers trip I’m staying at selected Carlton Rezidor Hotels along the way. In Chongqing I stayed as a guest of the Radisson Blu Plaza Chongqing.