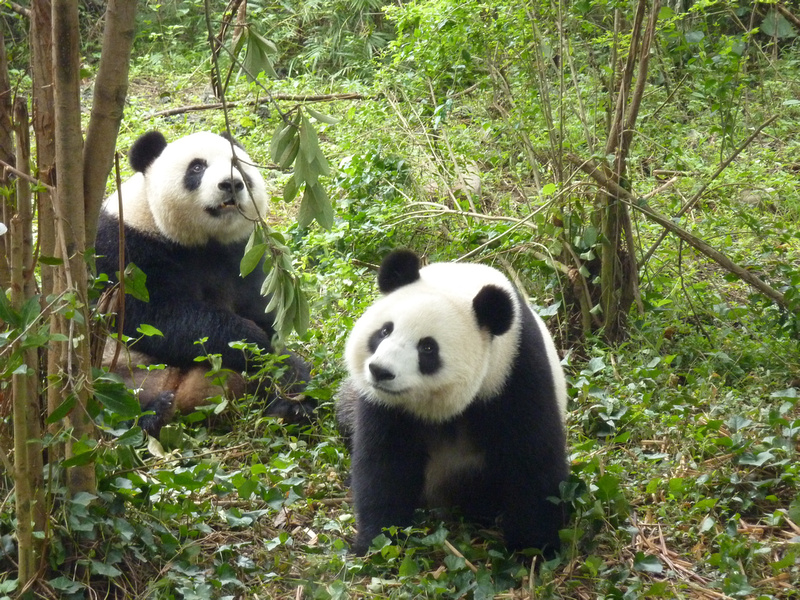 As I made my way across China what I kept hearing the most was how good the pandas of Chengdu were. I was getting so many good reviews I had to investigate further.

Chengdu has become famous for the Giant Panda Breeding Research Base, which is the most popular place to view pandas in China.

The base grounds are big and upon entry you are walking for a while, looking out for a panda sighting. Then you see one, and you realise why everyone in the land goes all gooey for pandas – they are just soooo cute.

[Look at those cute panda faces]

After a few minutes of watching a panda I can tell you that they are not only cute, but they are also probably the most ridiculous mammal on the planet.

The panda base has “Quiet Please” signs everywhere, but many times the crowd would burst into merryment at some act of folly put on by a panda. 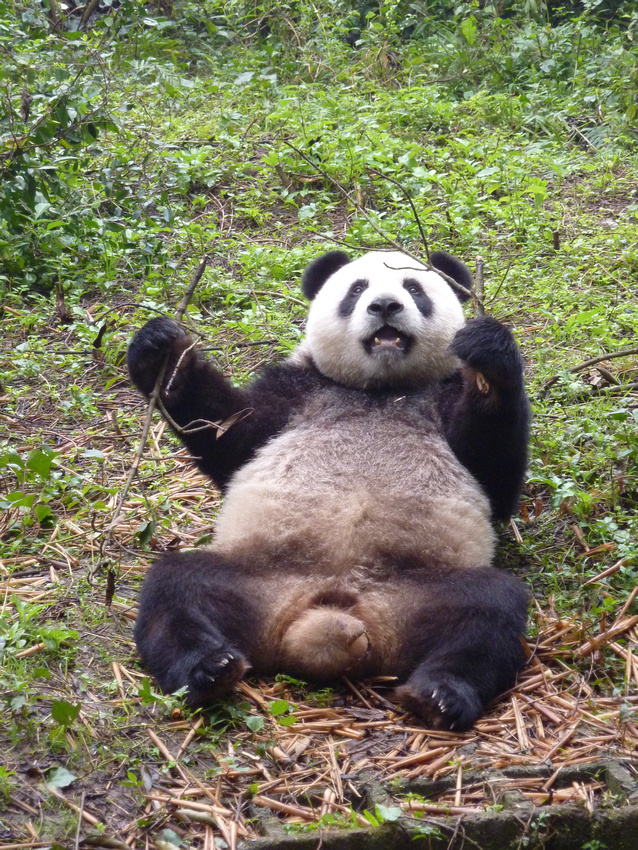 [Is this the most ridiculous mammal on the planet?]

They are almost too ridiculous to be real. As they are only found in China I wondered if they were some kind of furry robot built by the China Tourism Department. Genius! I’m surprised Japan didn’t think of something similar first. Their oversized head, the sad clown eye patches and portly bodies make them seem too impractical to be a real animal. 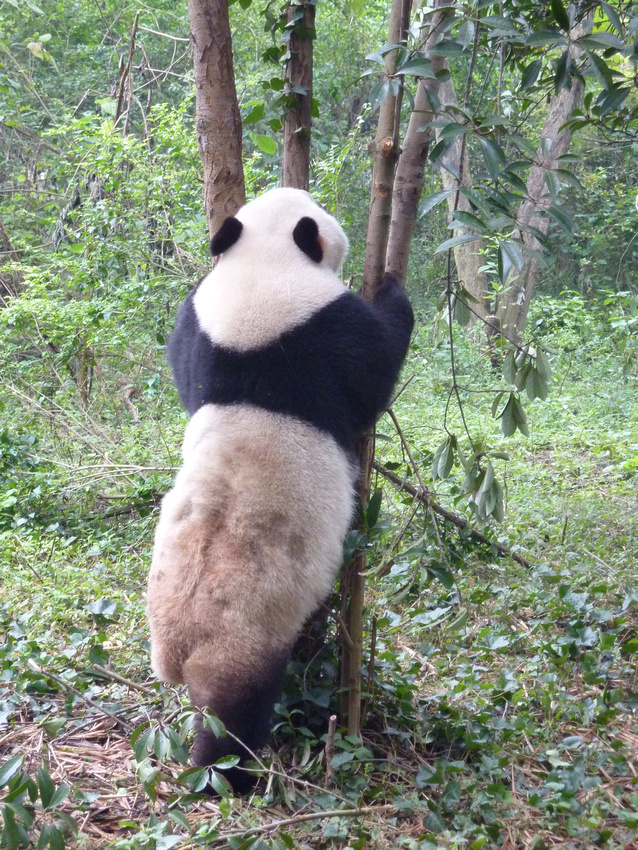 The panda has some similarities to the koala in that they eat something that is poor in nutrition (bamboo for pandas, gum leaves for koalas). The poor levels of nutrition means they have to eat a lot, and they don’t move around much in order to save energy.

Save The Panda
While looking at the exhibits at the Panda Museum I thought of a way to help bolster the panda population and move the giant panda from the endangered list. Domestication. Yes, we should domesticate the giant panda. How cool would that be to have your very own giant panda at home.

I figure that all domestic animals were once “wild” before they were domesticated. If you have ever seen a pack of wild dogs you might have wondered how dogs ever became mans best friend. And if you are worried about size, what about the horse? Someone had to be the first person to jump on a horse and tame it. If a horse can be domesticated then surely so can a panda.

My idea isn’t without precedent. Over 4000 years ago, Emperor Huang domesticated wild animals such as the tiger, leopard and pi xiu (the giant panda) for fighting. With those animals, Emperor Huang defeated Emperor Yan. 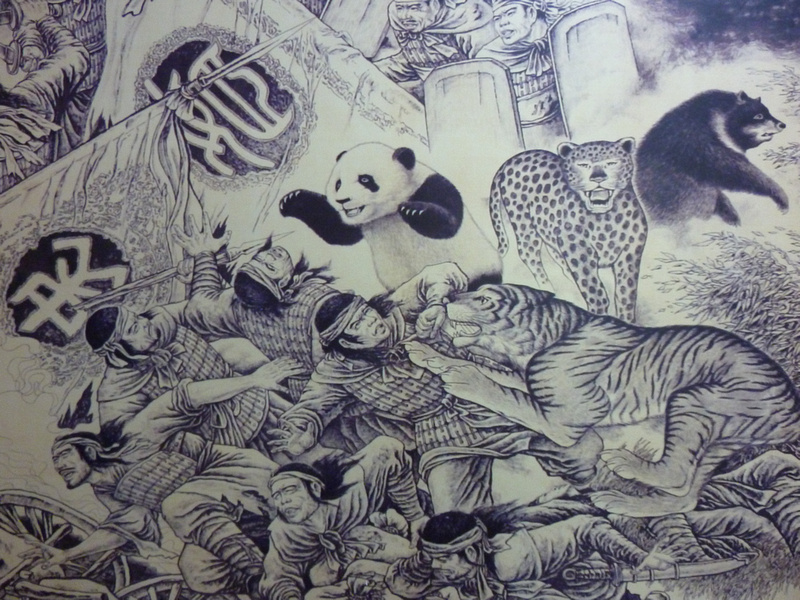 My pandas will be humble house pandas, so there is no need for fight training. Pandas being the animals of leisure that they are wouldn’t need to be walked much. They’d probably thank you for not walking them. A panda would be the perfect house pet really. I imagine they would enjoy sitting around watching TV with you. Maybe have a little panda wrestle every now and again.

To feed your pet panda, I propose making a bamboo replacement meal that is high in nutrition, so there would be less eating for more energy. Some kind of bamboo flavoured moon cake would do the trick. Easy to dispense and no mess. 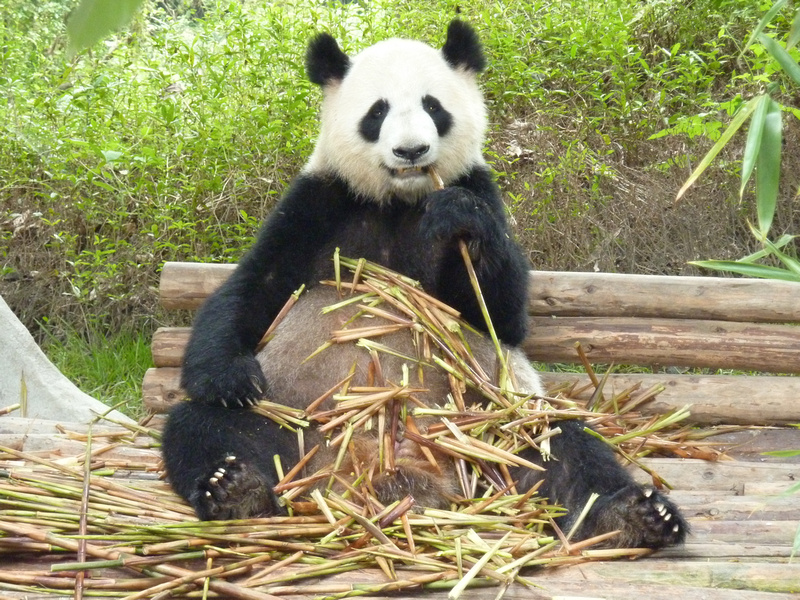 also, like a domestic horse, you would need a bit of space to keep your pet, and it wouldn’t be cheap (or at least your pet will keep you poor like horse ownership). The purchase of your pet panda would come from an official breeding centre, which would fund future breeding and research. In addition, when it comes to that time of year when a pandas got to do what a pandas got to do, you can take your panda to the research centre to meet other eligible pandas. These, though, are just details, which can be sorted out later.

The domestication of the giant panda would make them as common as horses, and thus remove them from the endangered species list.

So, who wants a pet panda? 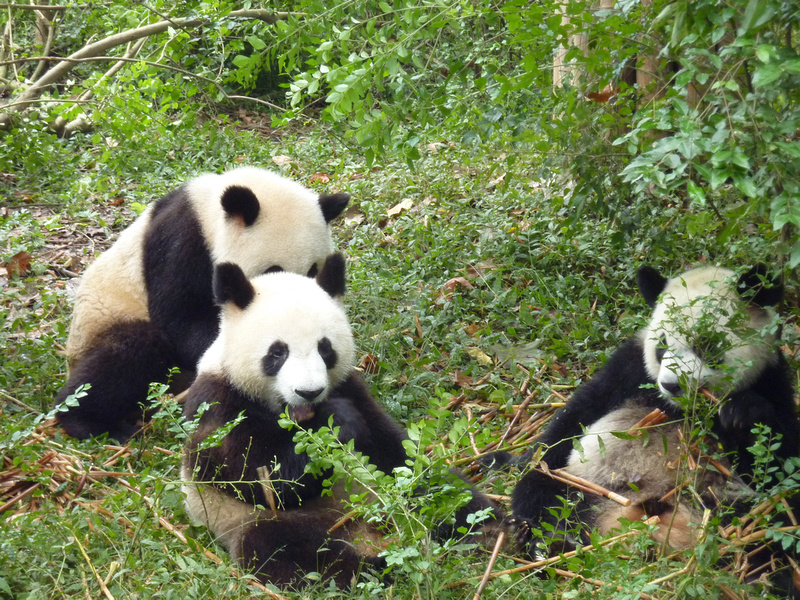