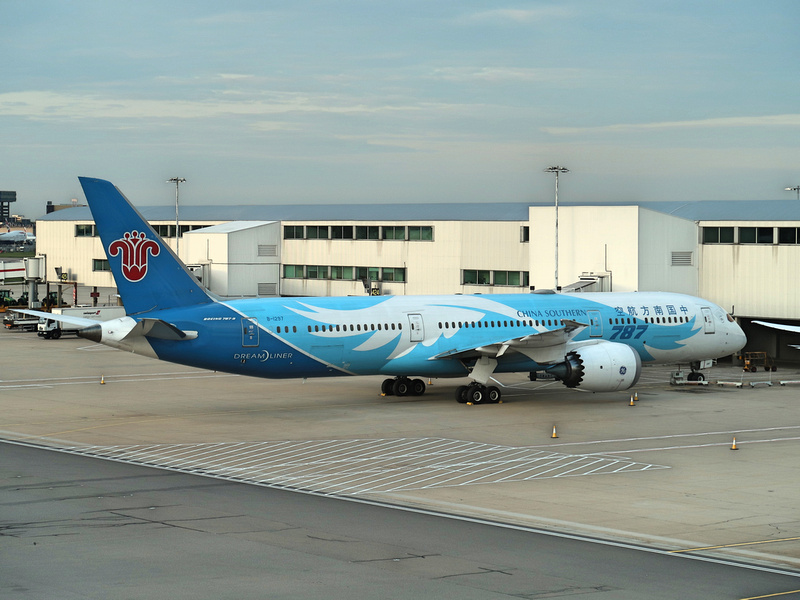 Guangzhou is not the sort of city I would just go to for a holiday, but if you are passing through it’s well worth a visit. You can also get a free 6-day transit visa there (depending on your passport), so there is no need to apply for a costly China visa.

I prefer making stop-overs on long flights that require a change of planes, so using Vayama I changed the search to multi-city instead of one way. By doing this it allows you to make a booking with a short stopover. Usually an airline will allow up to 48 hours, though for some it might be 24 hours. I toggled with the dates and I got 2 nights and one full day in Guangzhou for the same rate as the advertised one-way flight. These stop-overs are like a free holiday.

I checked in online the day before, and there are also plenty of self service check-in kiosks at Heathrow for airlines in the Skyteam alliance. When I dropped my bags I was asked if I wanted to join the China Southern frequent flyer program. For this flight I was using my Delta account. 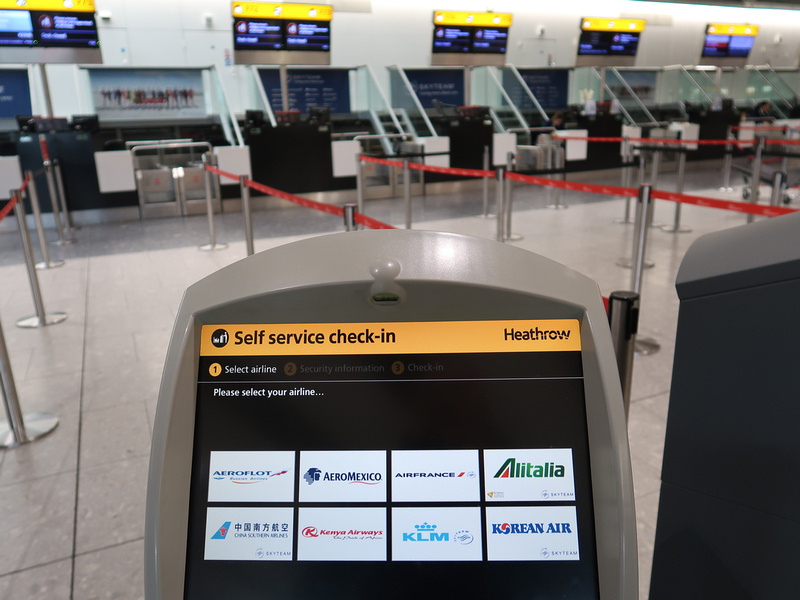 I ended up paying extra to reserve an aisle seat as there weren’t many seats left when I checked in. In hindsight I should have reserved a seat earlier. 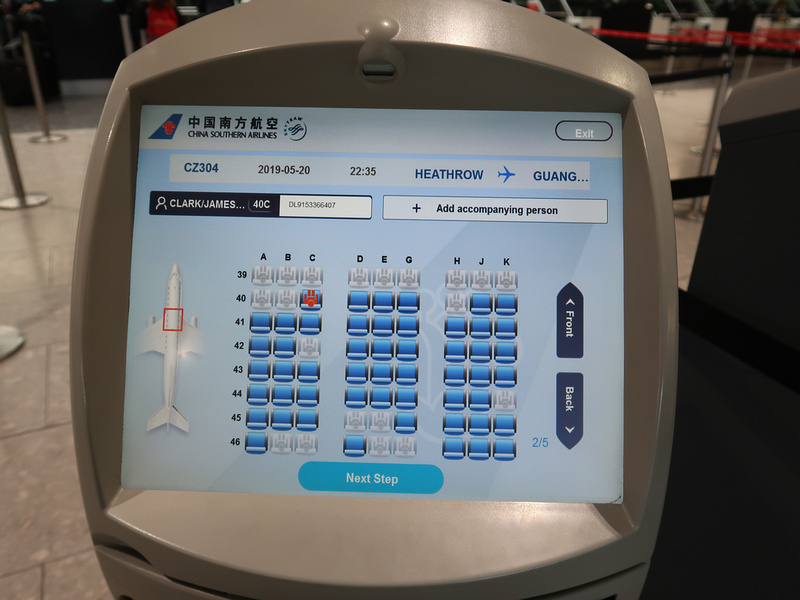 I was happy to see that the flight was going to be on a 787. China Southern proudly display “787” as part of the livery, just in case you weren’t sure what type of aircraft it is.

I’ve flown with China Southern previously from Chengdu to Guangzhou, and from Delhi to Chongqing, via Guangzhou. I only remember the Delhi flight as it was on an ageing 767 with worn out seats. From an Australian perspective, China Southern have been offering discounted flights to London as part of a concerted effort to become a Kangaroo Route alternative. It was no surprise that the flight to London would at least be on a new aircraft. 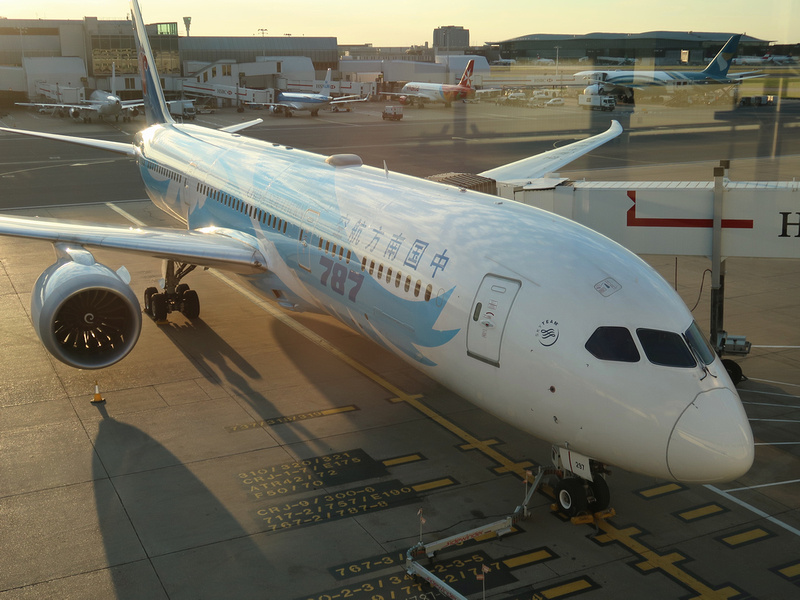 The flight boarded on time, which is a good feeling if you have a tight connecting flight. Flight CZ 304 departs at 22:35 and arrives the next day at 17:10 for a scheduled flight time of 11H, 35M. 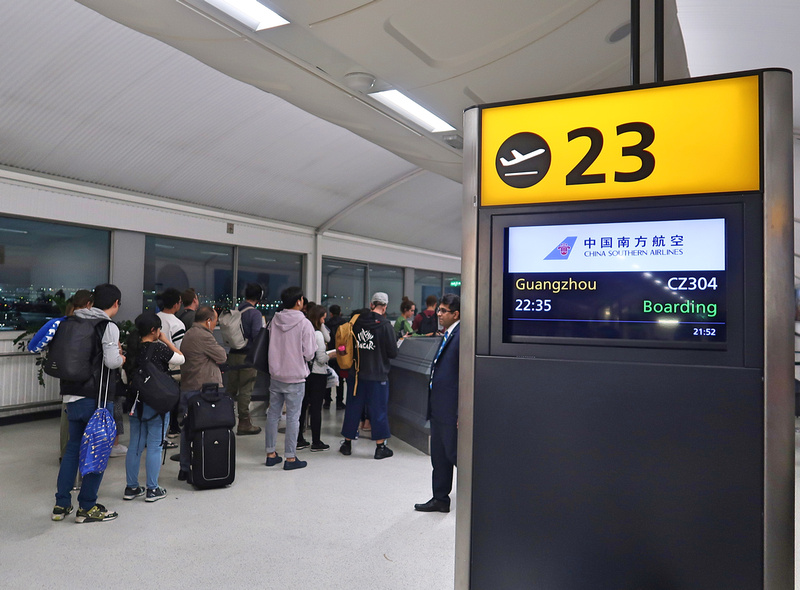 Some state-sponsored reading material if you want to go old-school and read a newspaper. 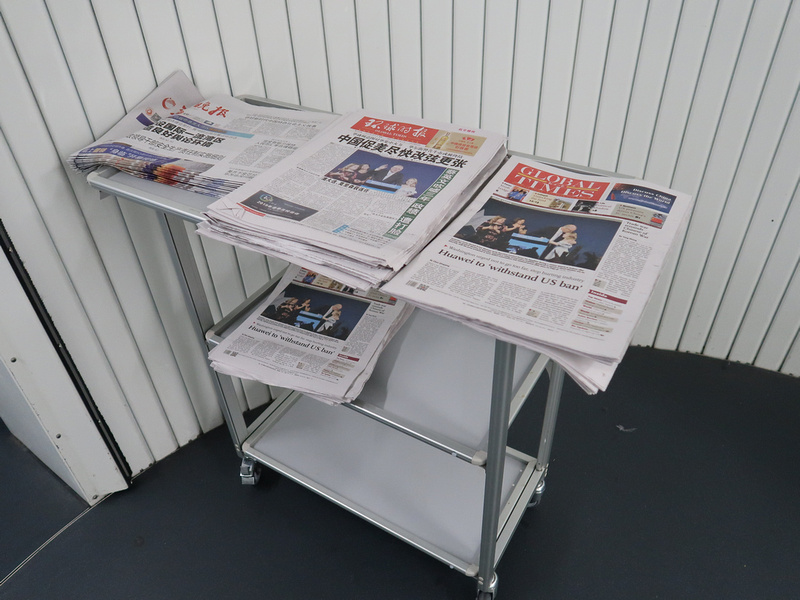 Decent legroom in economy with about a palms length between my knees and the front seat. 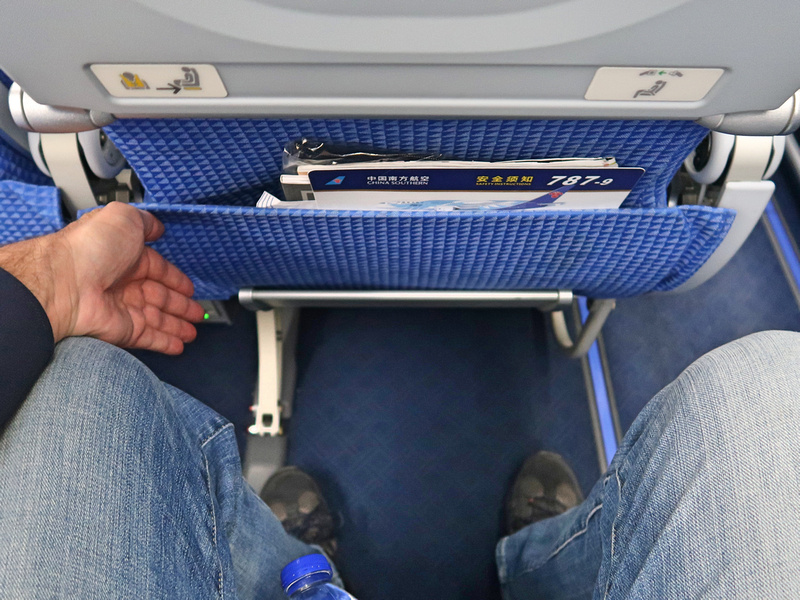 I’ve flown on 787 aircraft a few times now, but I still marvel at how big the windows are. 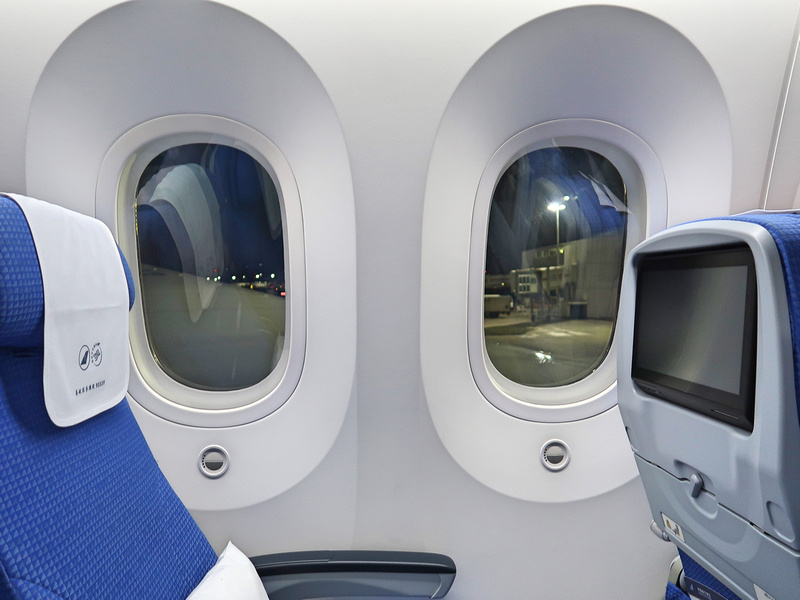 When Boeing built the 787 they named it the Dreamliner partly as it was going to be 8 seats across in economy. Most airlines have opted for the less dreamy 9 seats across. Apparently Japan Airlines is the only airline operating 8 seats across, though they are converting to 9 as well. 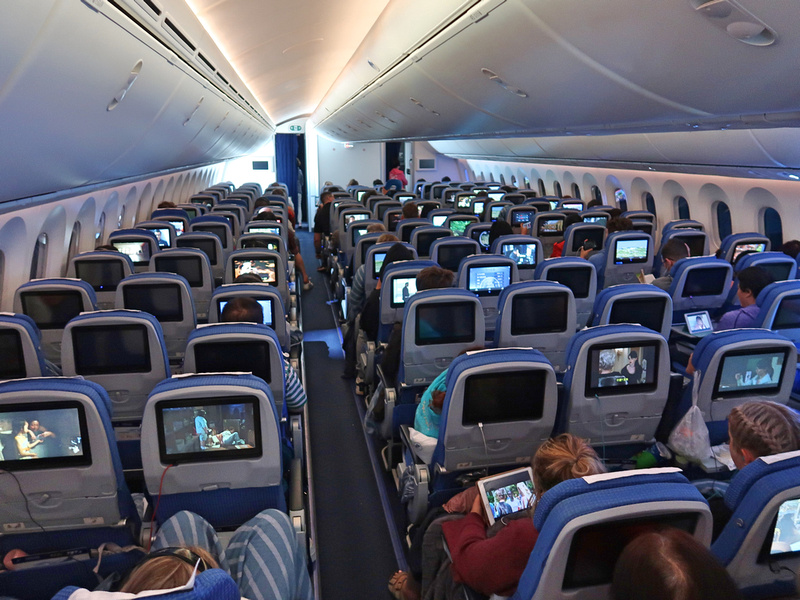 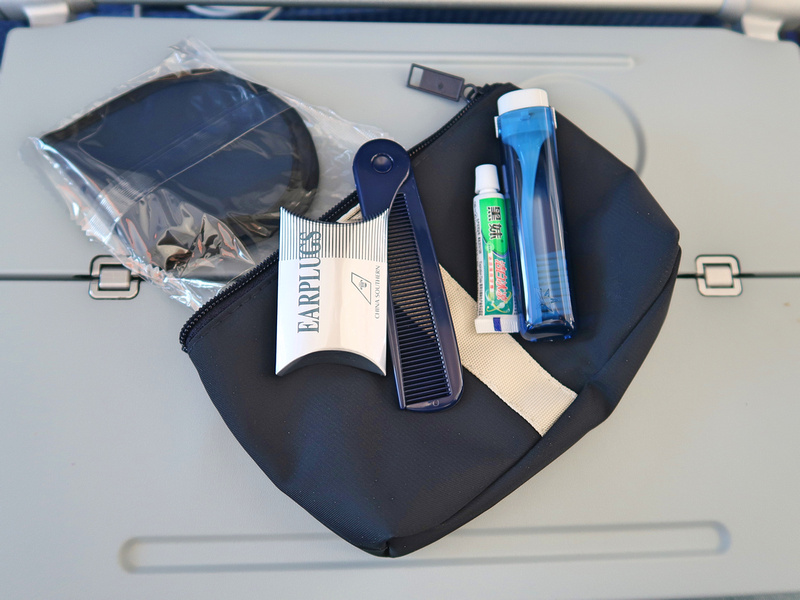 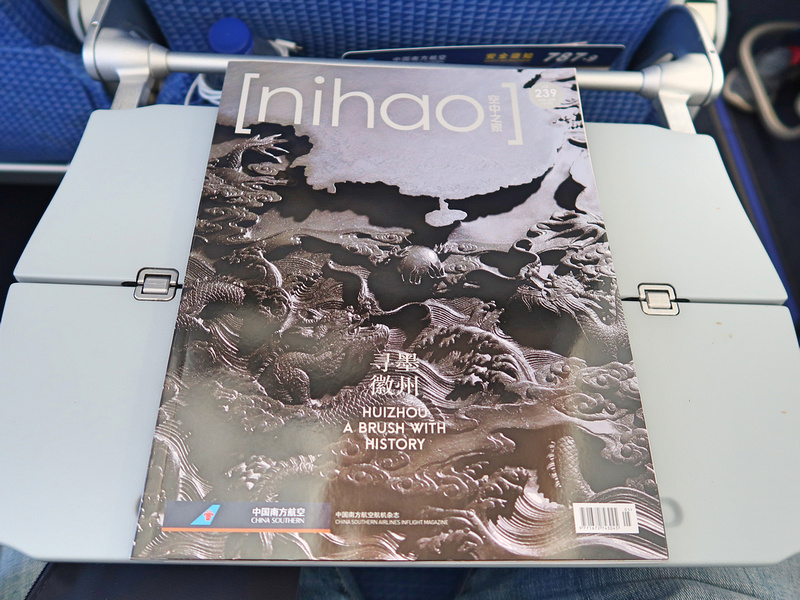 The China Southern route map requires a fold-out map to display all the destinations. Surely the decision makers of future routes look at this map and see the lack of routes to South America. 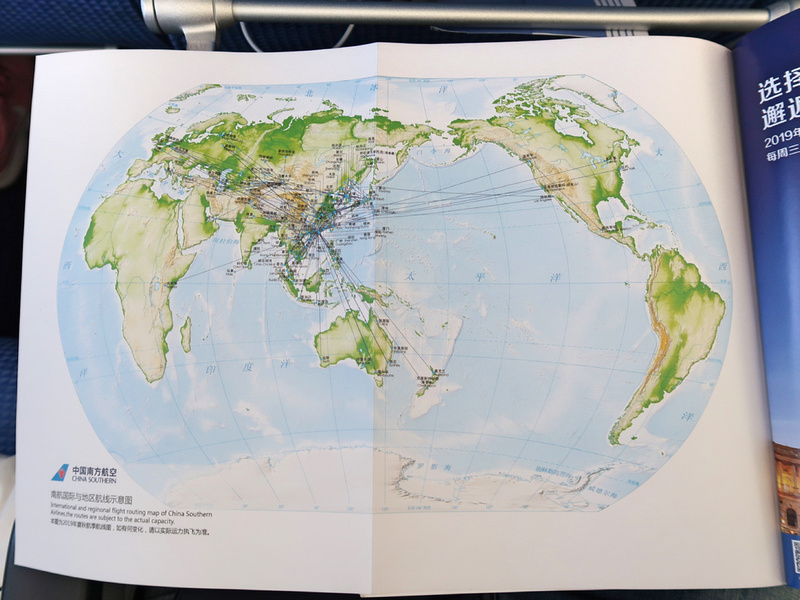 China Southern have so many routes in China that the map is virtually useless apart from showing off how many flights they have. 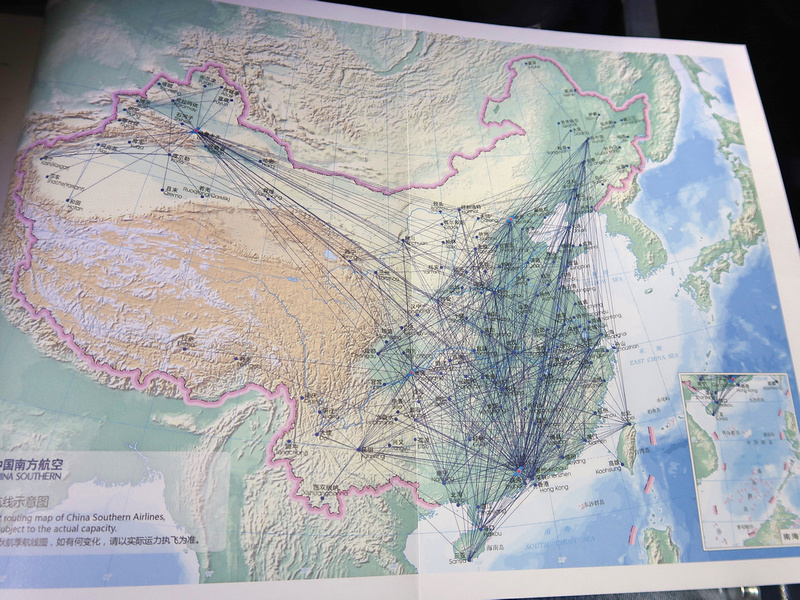 If you thought that you would need hundreds of aircraft to operate so many routes then you thought correctly. The combined total of 737/A320 series aircraft was 712 aircraft at the time of my flight. They have the largest airline fleet outside of the United States. 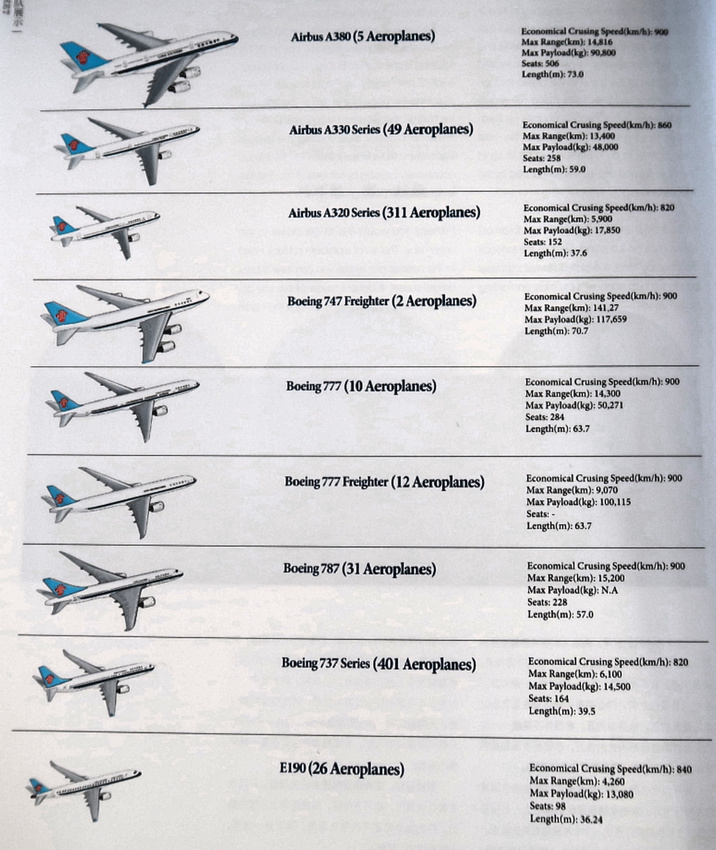 There is an inflight entertainment system with wide screens and a good selection of movies. I ended up watching three movies in between checking the route map. 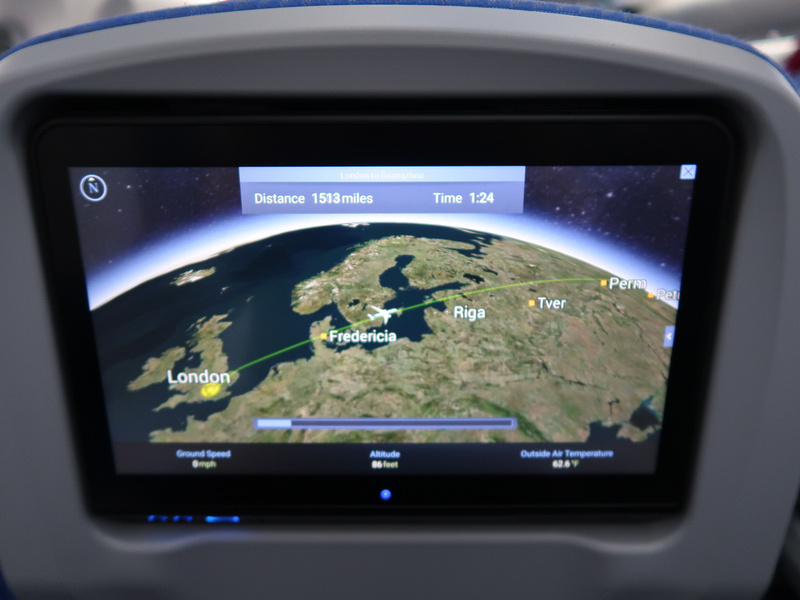 There is onboard wifi if you need it. 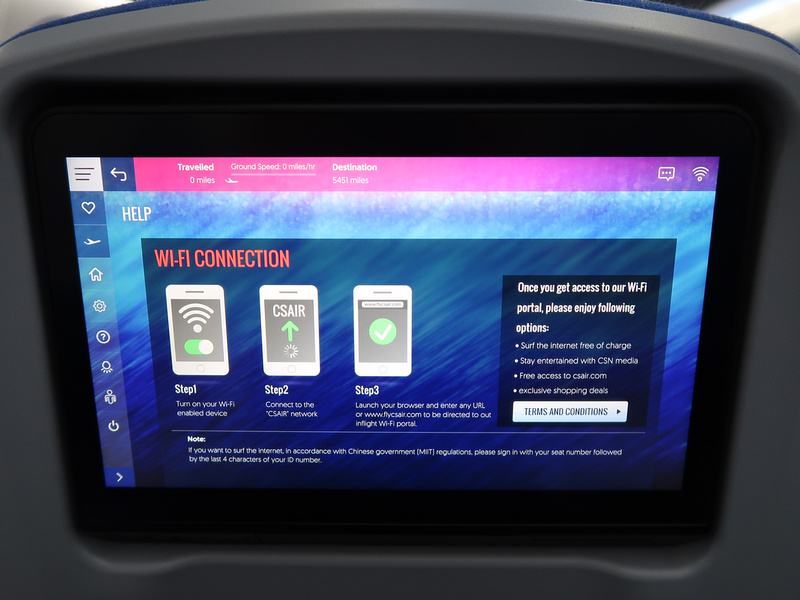 I never use the wifi but I thought I should check it for the sake of this review. I liked how the welcome screen on my mobile showed the elapsed time. 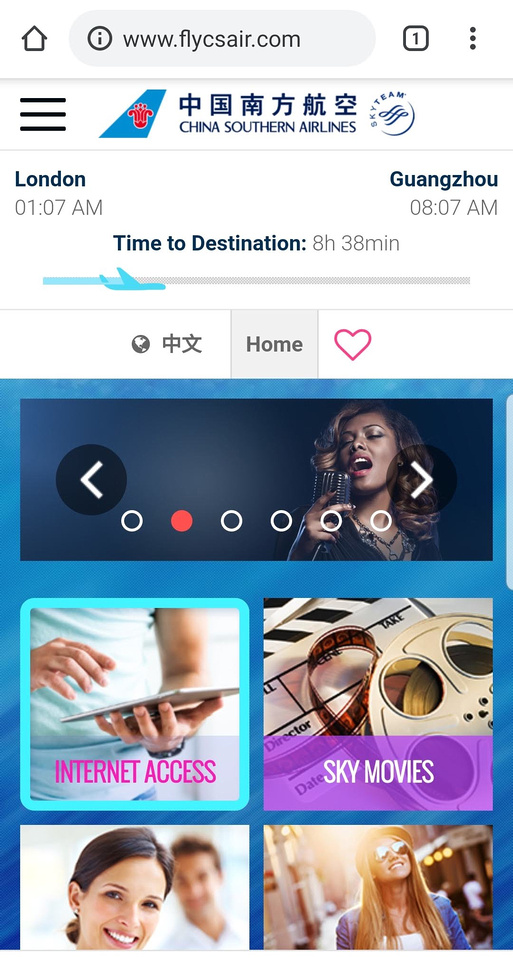 By the time I had checked the wifi they had run out of free passes. Being a Chinese airline I would presume that sites like Facebook and Instagram and banned anyway, so what’s the point of checking in if I’m not going to Instagram it. 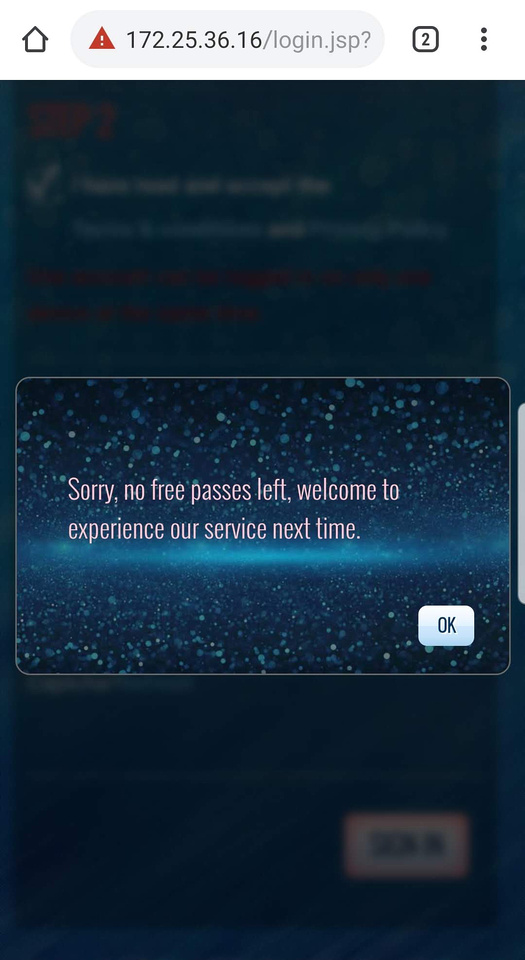 Dinner is served not long after take off. I got the beef and potato option. 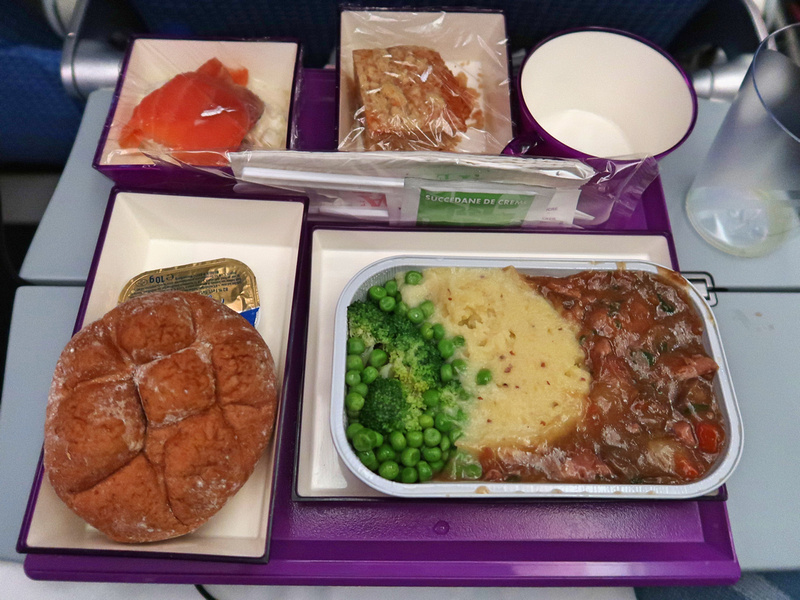 I don’t sleep on flights, and if I do it’s for fitful minutes at a time. Usually I just settle in and watch movies for the duration of the flight. I try and avoid overnight flights that arrive in the morning, so at least with this flight it arrives at night and I can go to bed within a few hours.

Despite the flight arriving near dinner time, for us passengers it felt more like breakfast. before landing a breakfast is served. 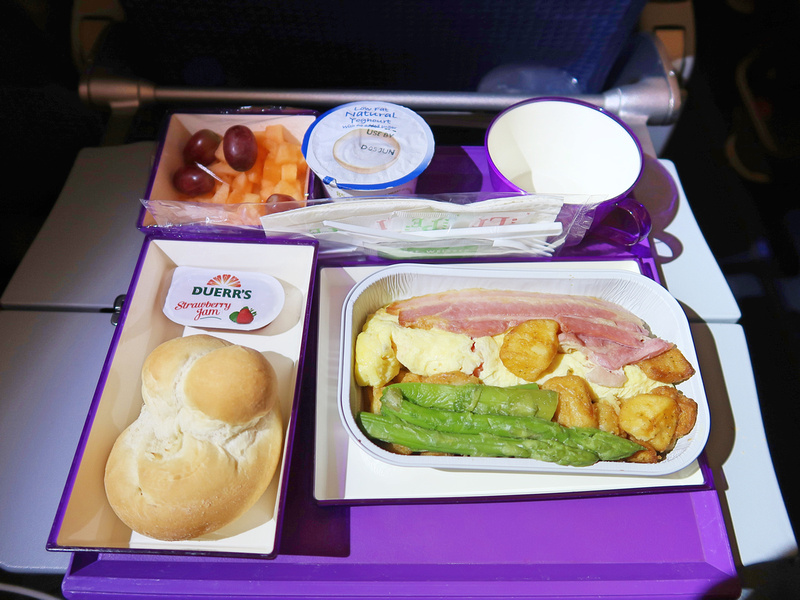 The flight arrived on time, and most of the foreign passengers seemed to be in transit. There was only two other passengers with me at the visa-on-arrival section, and that took about 30 minutes to process. 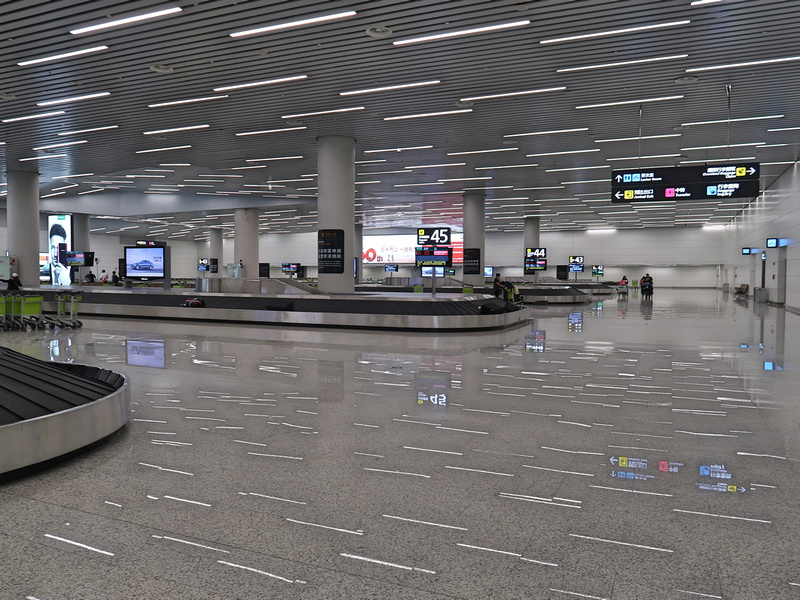 Overall this was a good flight option, and if I found another flight deal like this I would take it.

Since my last visit here in 2010 there is now a metro line connecting the airport. Coming up next is my Guangzhou trip report and second leg from Guangzhou to Ho Chi Minh City. 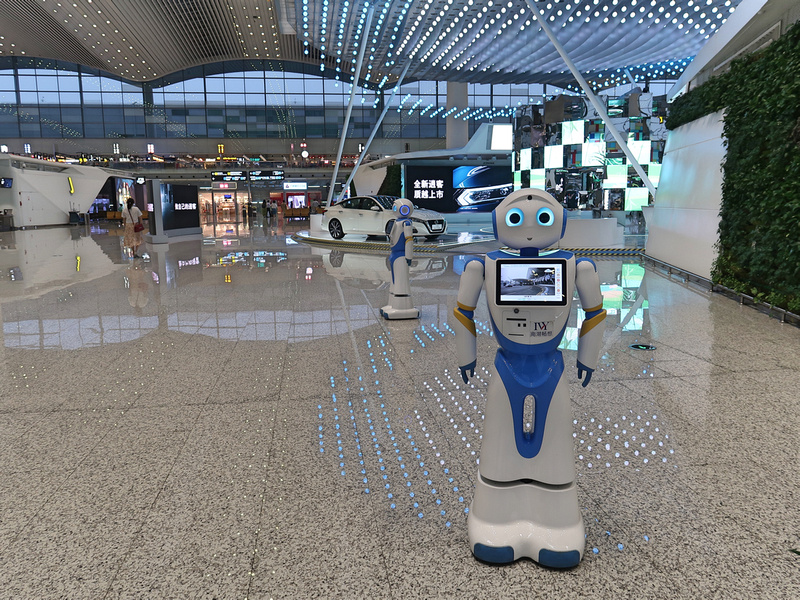