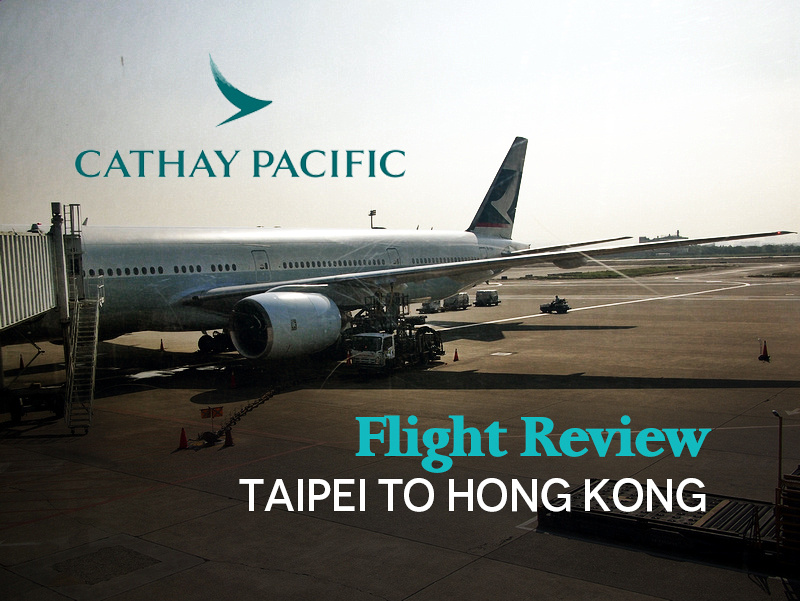 Cathay Pacific have around 15 flights a day between Hong Kong and Taipei. Before 2009 there were no flights between mainland China and Taipei so Hong Kong was the main staging point to get between the Republic of China and the People’s Republic of China. There are now direct flights but the TPE <> HKG route remains popular. My flight was on a 777 and at the gate next to my flight was a Cathay Pacific 747.

My flight had those seats don’t recline. Instead the bottom of the seat slides forward to give the illusion of reclining. The seats are comfortable enough but the reclining action on these seats feel weird. 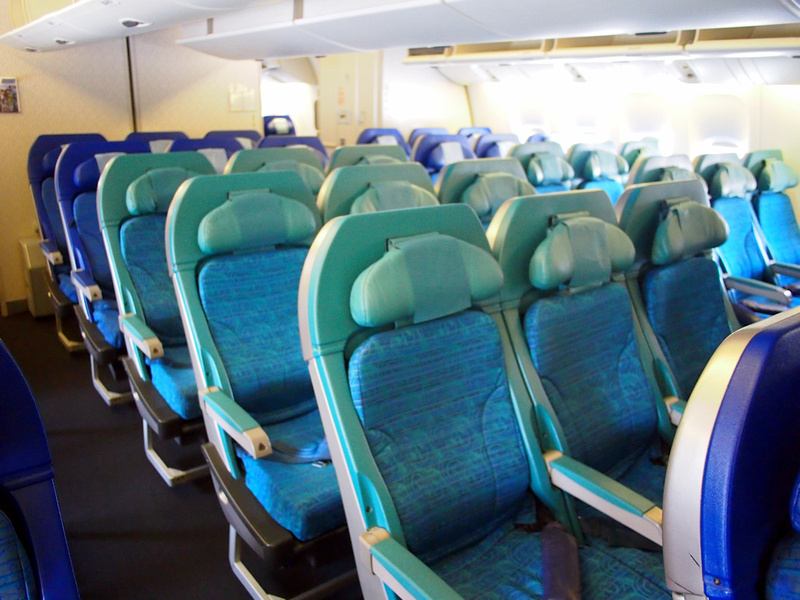 Also on this flight the seat belts had airbags. I’ve never seen this before and I wonder how effective they would be in a crash? They are bulky and slightly annoying. 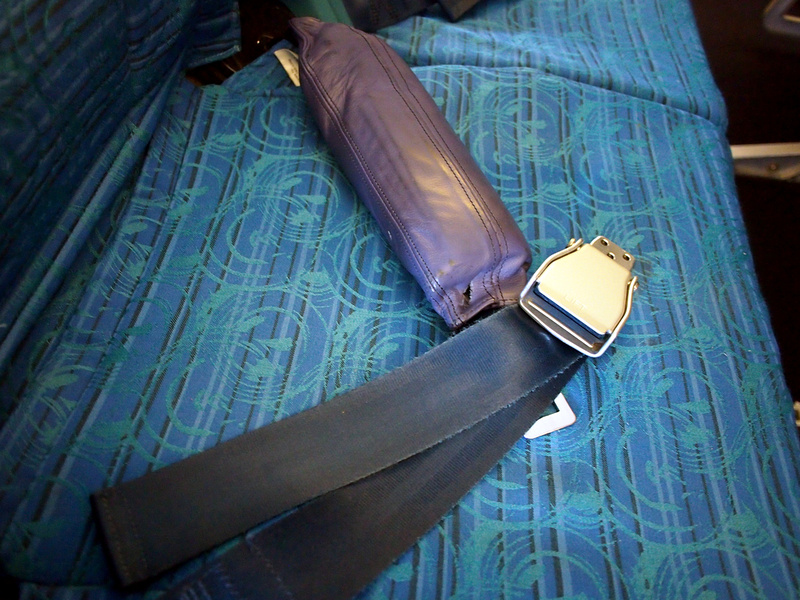 For breakfast we were served pork and noodles with Oolong tea.