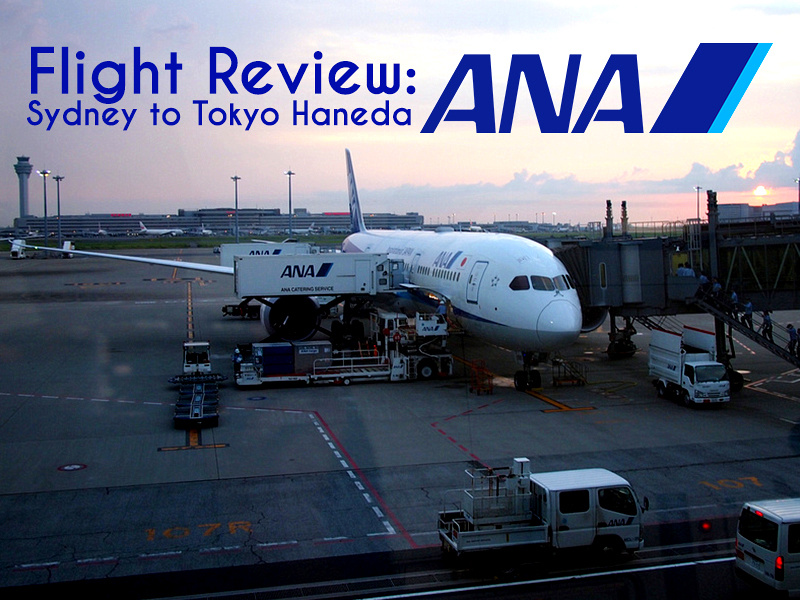 I flew with ANA from Sydney to Haneda Tokyo. My flight was arranged by the Tokyo Convention & Visitors Bureau who provided the flight for my trip.

This was my first time flying with ANA so I was looking forward to trying them out. All Nippon Airways (ANA) are a Tokyo based airlines with hubs at both Tokyo–Haneda and Tokyo–Narita. They are rated with a 5-Star Airline Rating by Skytrax, which is the biggest airline rating site in the world.

I went to check in online the night before the flight. I usually check in to book a preferred seat, but in this case there was only one seat available – a middle seat! Did everyone already have a seat allocated? Rather than booking my seat I bailed out and opted to try my luck at the airport. 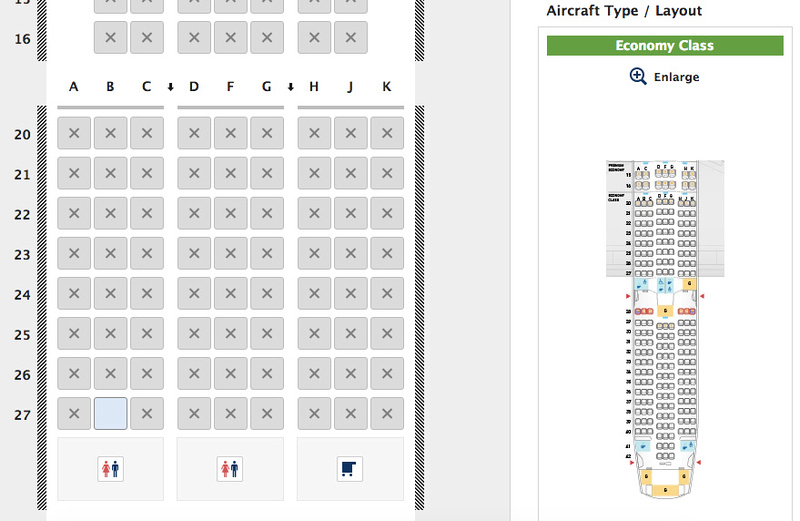 The Sydney – Haneda service operates overnight, departing SYD at 20:55 and arriving HND at 5:25. The originating flight from Tokyo is also overnight and arrives in Sydney in the morning, so the aircraft is parked for most of the day. I presume that overnight flights are preferred on both legs, otherwise they would sent the flight back in the day time.

I got to the airport early so I could sort out my seat. The check in staff were super helpful and reallocated my seat to an aisle.

ANA fly the Boeing 787 Dreamliner on this route. The seats are in 3-3-3 configuration in economy. The seats are the new slimmer seats which I find comfortable to sit on. 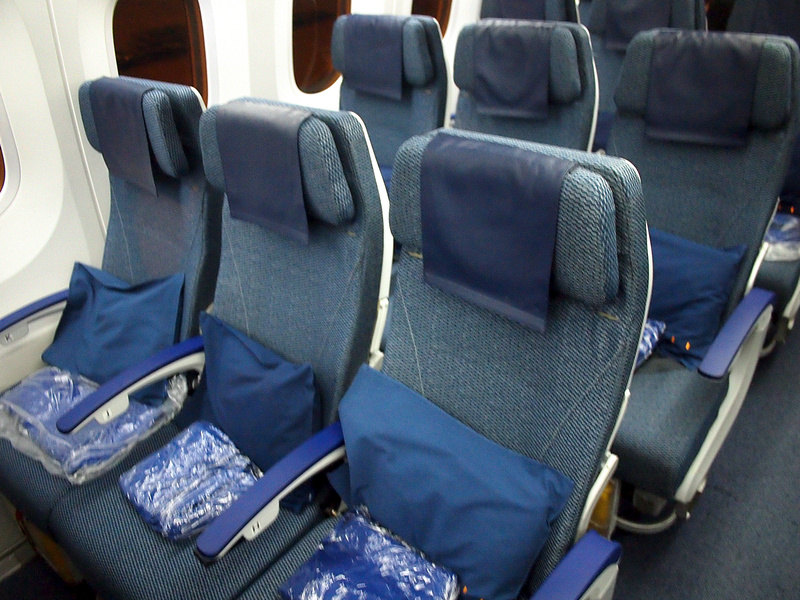 The first thing I noticed when I sat down was how much leg room there was. This month I had also flown with fellow Star Alliance partners (Singapore Airlines, SWISS, and Lufthansa), and ANA felt the most roomiest in economy.

I don’t think in numerical dimensions so here is my hand to display the space between my knee cap and the back of the front seat. 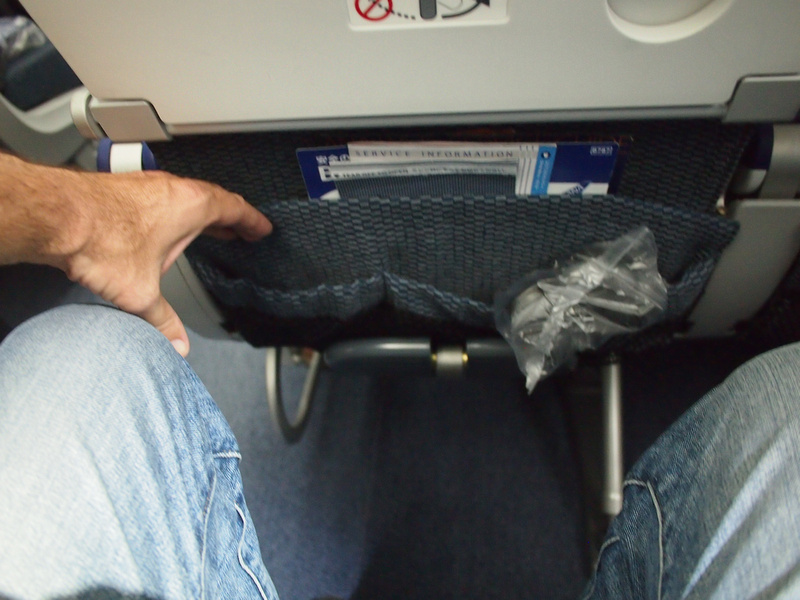 The other noticeable difference in the flight are the big windows of the 787. I’ve only flown on a 787 once before so I am still amazed by how much of a difference the bigger windows make. Who needs a window seat when you can get a view from the aisle. 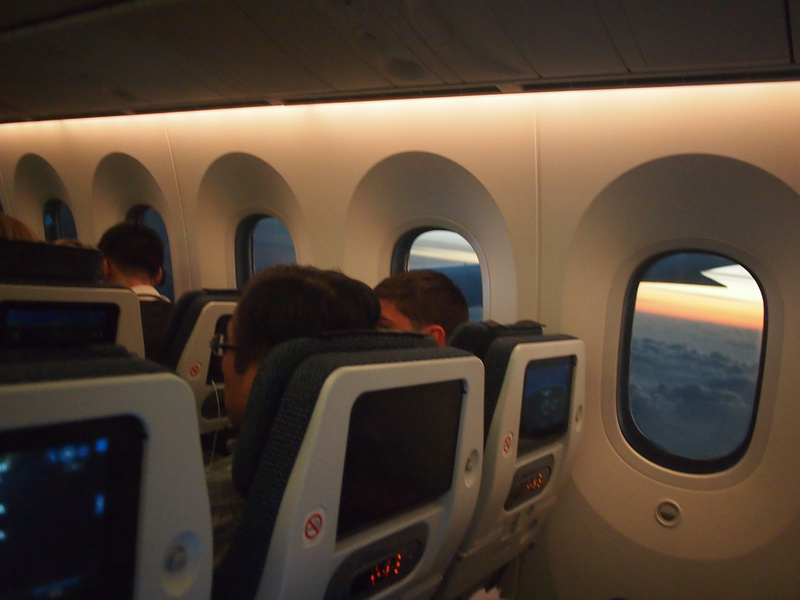 Not sure if it was a new Boeing thing or an ANA feature, but the flight tracker had more details than the usual. I was annoyed that it was showing in miles until I realised you can set your preference to metric. 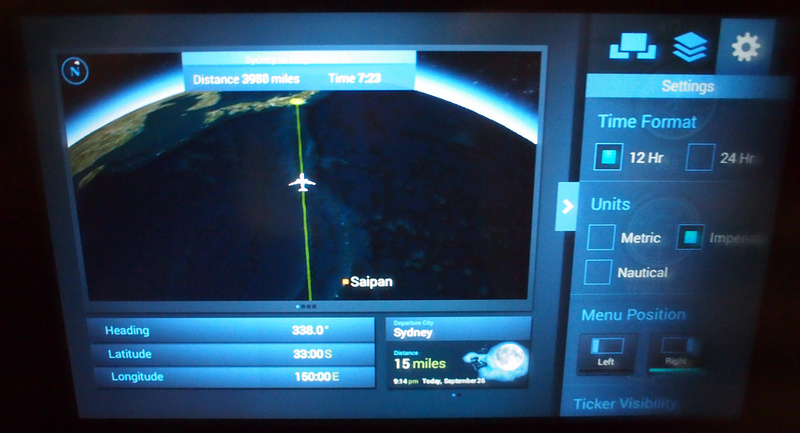 Wingspan is the inflight magazine of ANA. 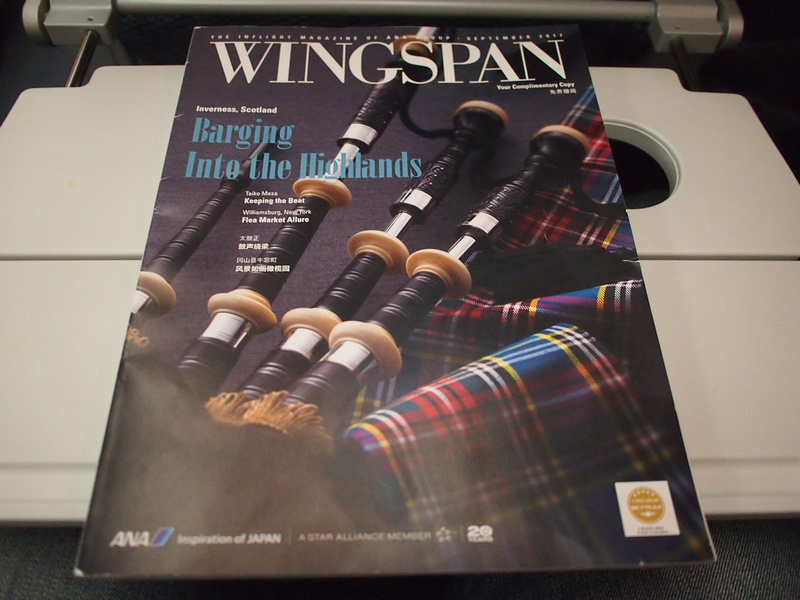 Checking out the magazine route map is always required. 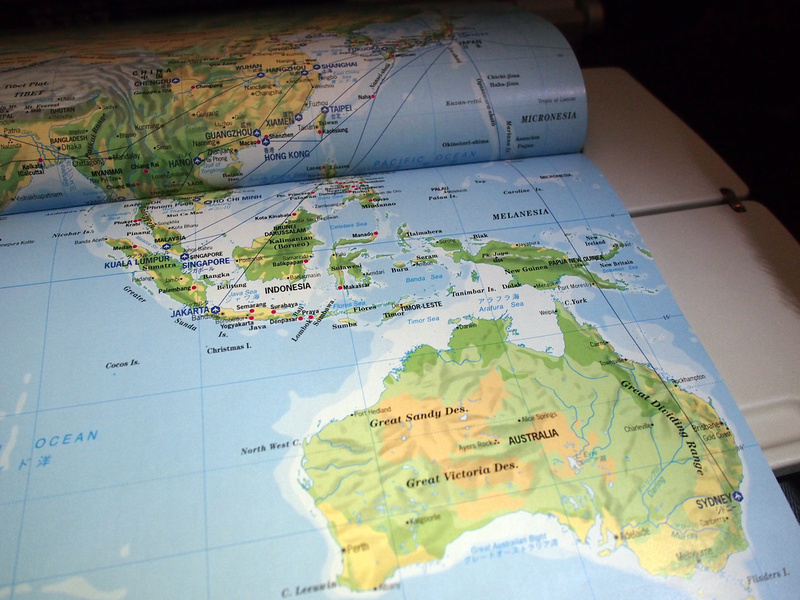 Dinner was served not long after take off, and I got the beef and salmon combo. 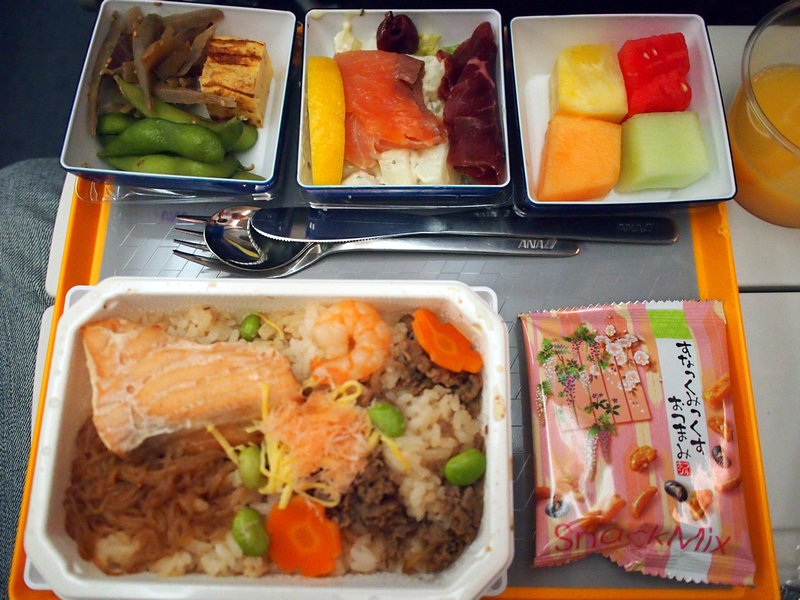 I can’t sleep on overnight flights so I usually don’t even try. Sometimes I look around incredulously at how other people are able to sit in their chairs for 8 hours without even a toilet. I resign myself to having a movie night. 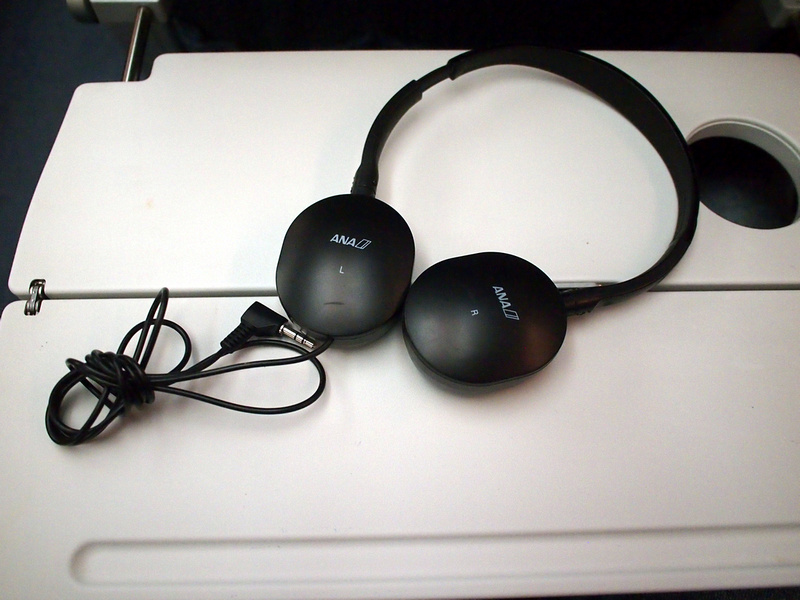 The ANA Sky Channel has a selection of Hollywood, Japanese, and world movies. 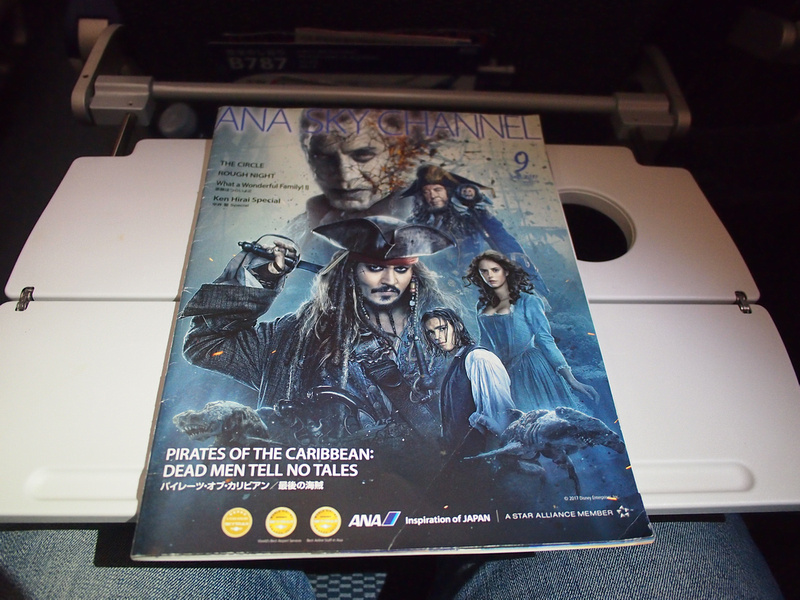 ANA also have their own original programs featuring stories from around Japan. A good way to get in the mood for your upcoming trip to Japan. 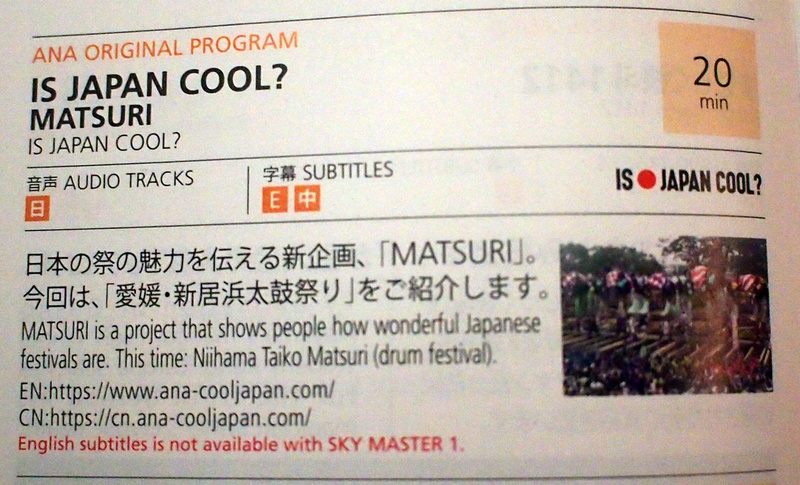 During the flight a snack pack containing a pastry, cookie (biscuit in Ozspeak), and a nut-mix pack. 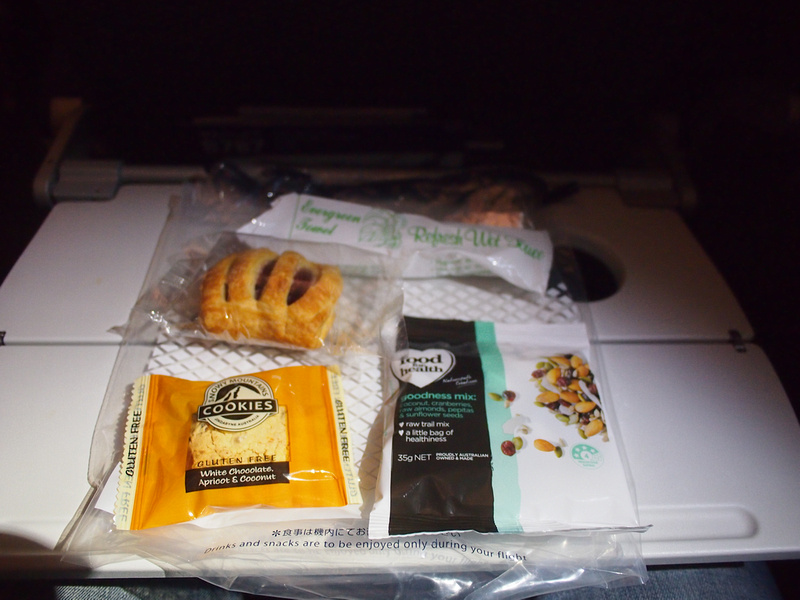 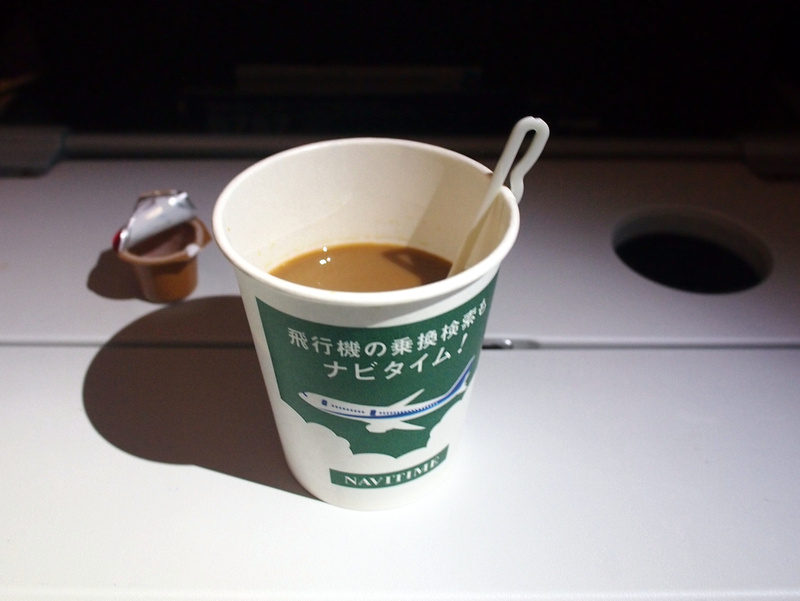 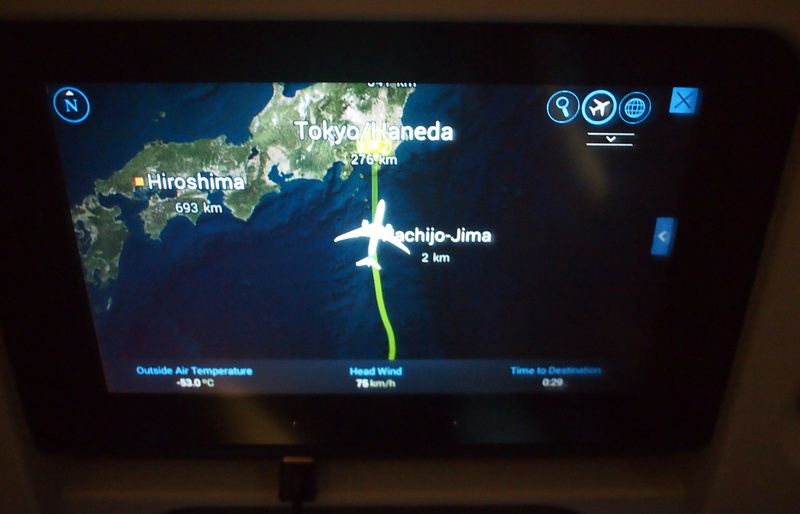 The flight arrives at Haneda at 5:25am. With other long-haul flights arriving in the early morning it took about half an hour to go through immigration. With the early arrival you can get into Tokyo before the morning peak. I was impressed with Haneda airport and how easy it is to get to central Tokyo. 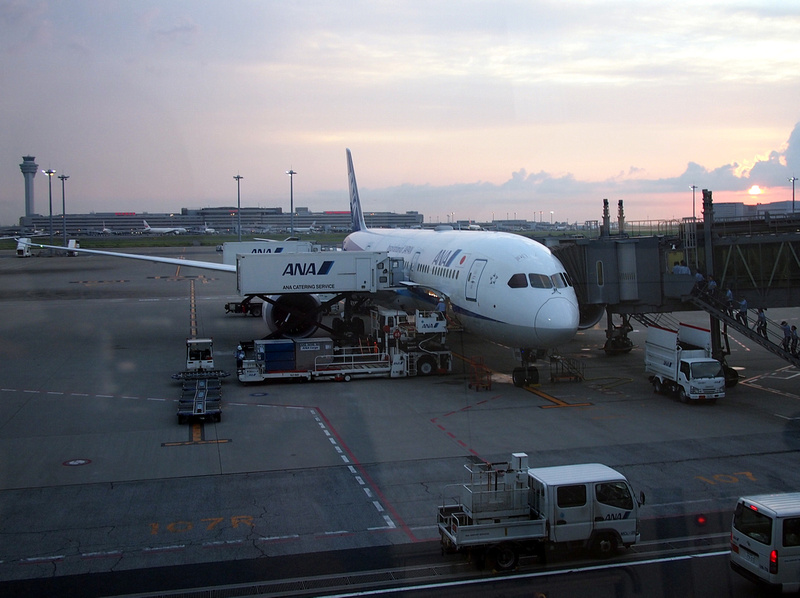 Overall this was a great flight to Tokyo and I would be happy to travel to Japan again with ANA.