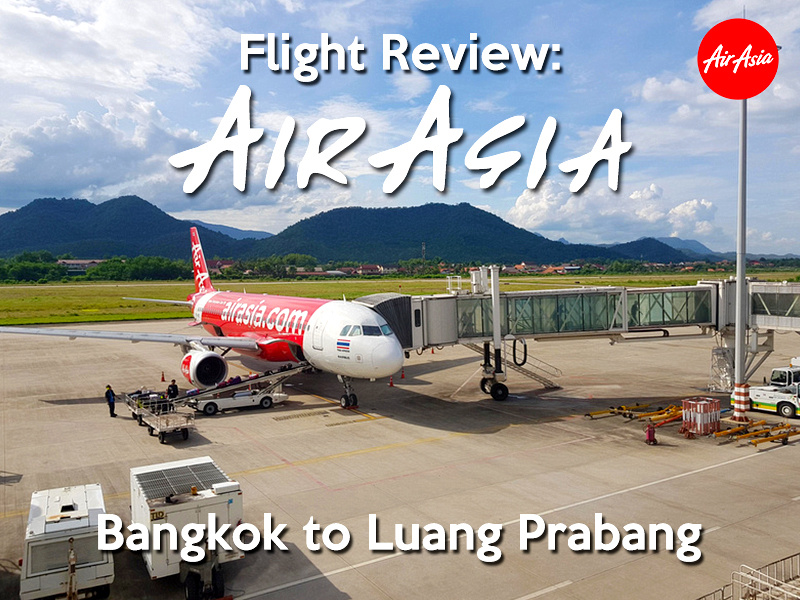 I flew with AirAsia from Bangkok to Luang Prabang. I booked it after comparing flights with Skyscanner, and AirAsia was the cheapest option.

For this trip I was going to Luang Prabang to see the construction of the China-Laos railway as part of the Southeast Asia Railway Project, so it was fitting that I got the train to Don Muang airport. The current airport train is not something I would recommend if you are in a hurry. I was staying near Hua Lamphong station so it was convenient to catch.

The train to Don Muang passes the construction site of Bang Sue Grand Central Station. It’s from here that one day travellers will be able to get a train from Bangkok to Luang Prabang. This could happen within five years, depending on how soon Thailand build their section of the railway. Even if Thailand don’t finish their upgrade, you will be able to go there via two trains, changing at the border. 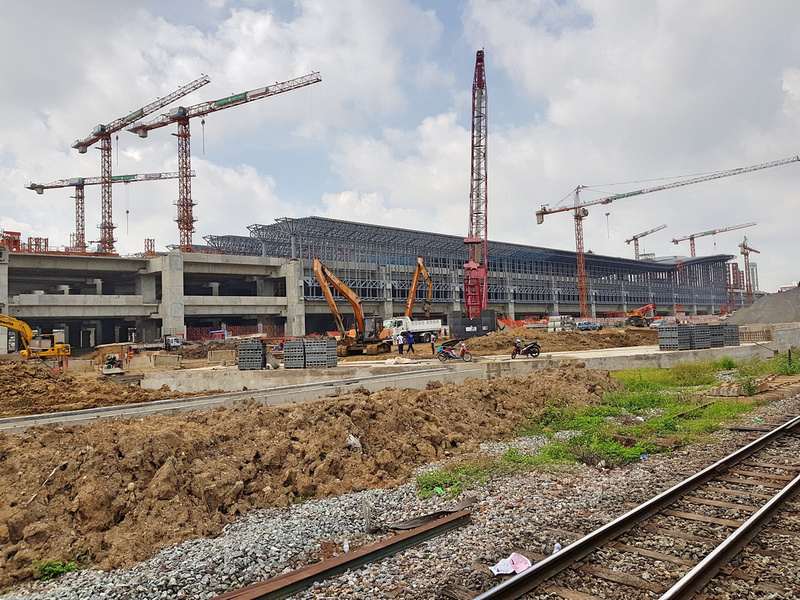 At Don Muang station you can see the construction of the new railway lines and the future Don Muang railway station. Getting to DMK airport in the future will become much easier, making flying with Thai AirAsia a more attractive alternative if you currently prefer flying out of BKK airport. 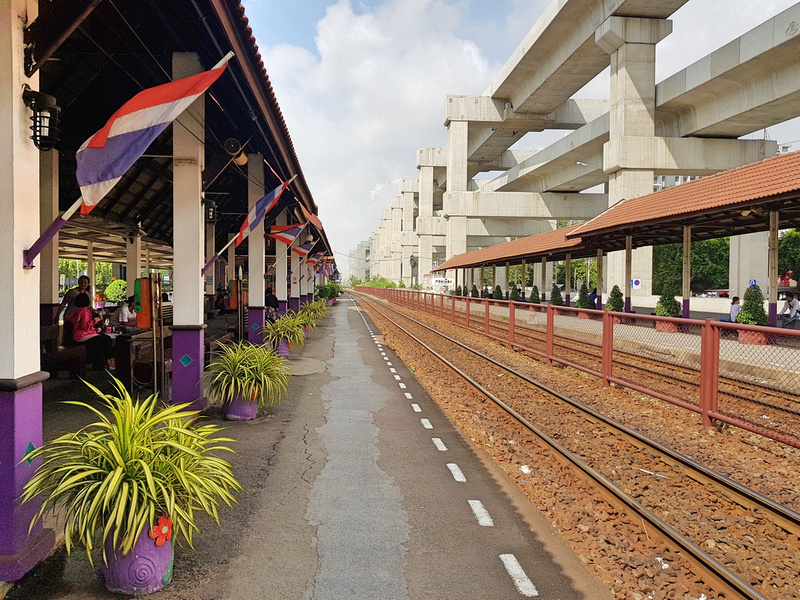 I didn’t check in online so I went to the check-in counter, and I was able to get a window seat. I try to avoid DMK in the early morning as it is chaotic. Last time I just made my flight. Today was an easy travel day with only small queues. 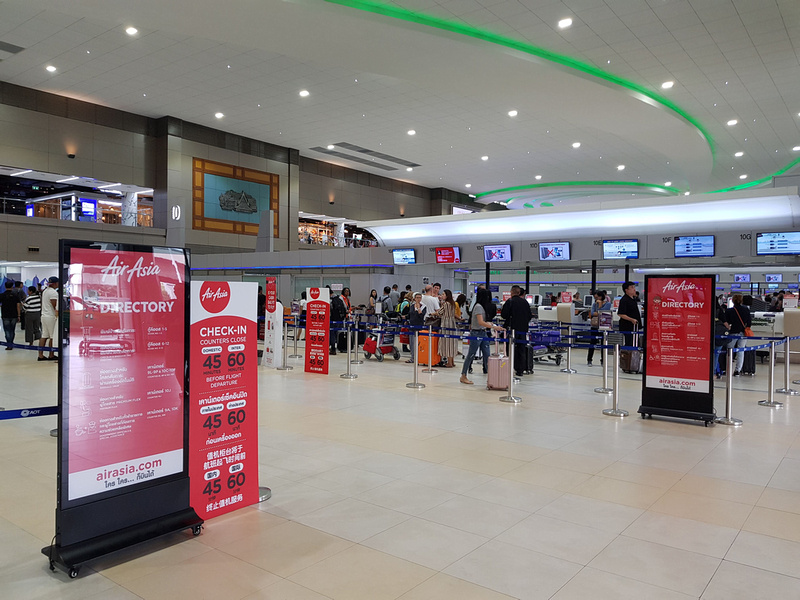 Gates 1-6 at DMK are the lower gates, so if you are flying from here you are getting a bus to the plane. 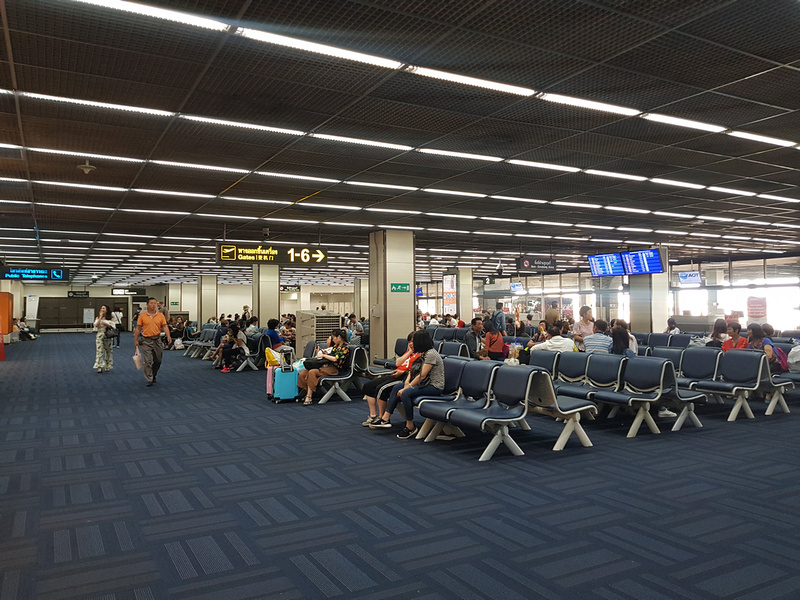 This means that during rainy season there is a probability of getting wet in the dash to the plane. It was lashing down with rain before boarding, but luckily it stopped a few minutes before we boarded. 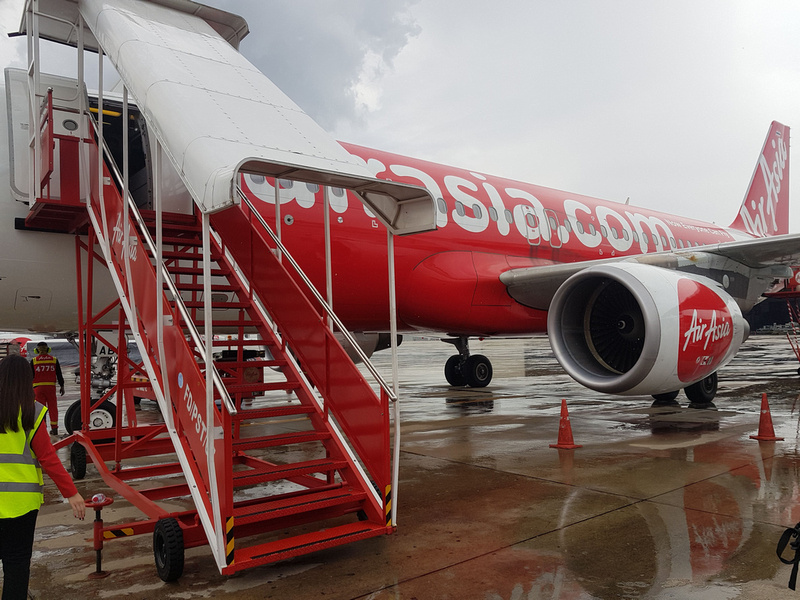 In humid places a common sight is the cold air from the air conditioner reacting to the warm air. 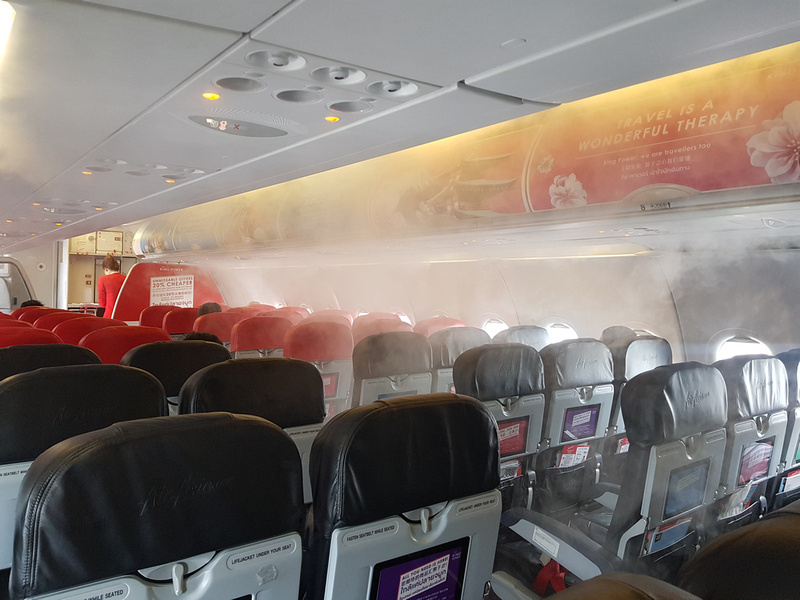 I asked for a window seat but I needn’t have worried as the flight was half full. 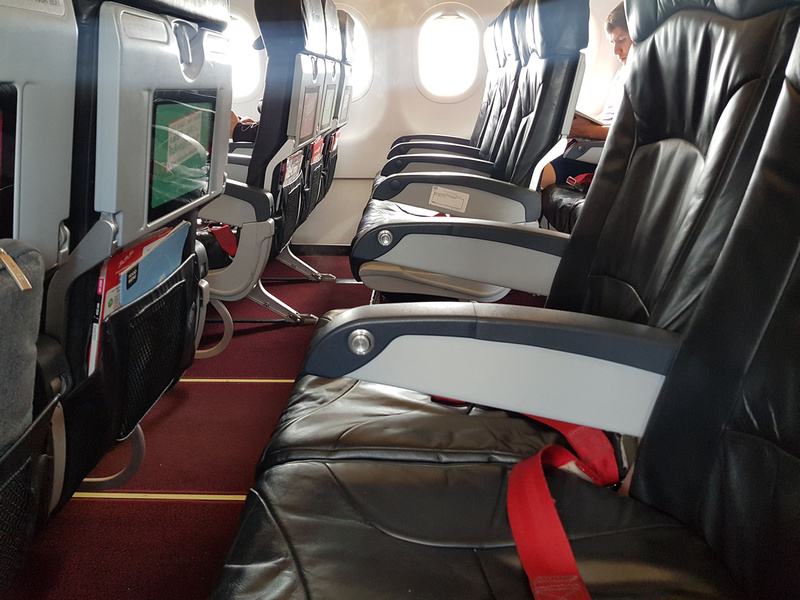 Taking off from DMK the aircraft flew south before turning around. Here you can see a big brown patch, which is the construction site of the new Bang Sue station. 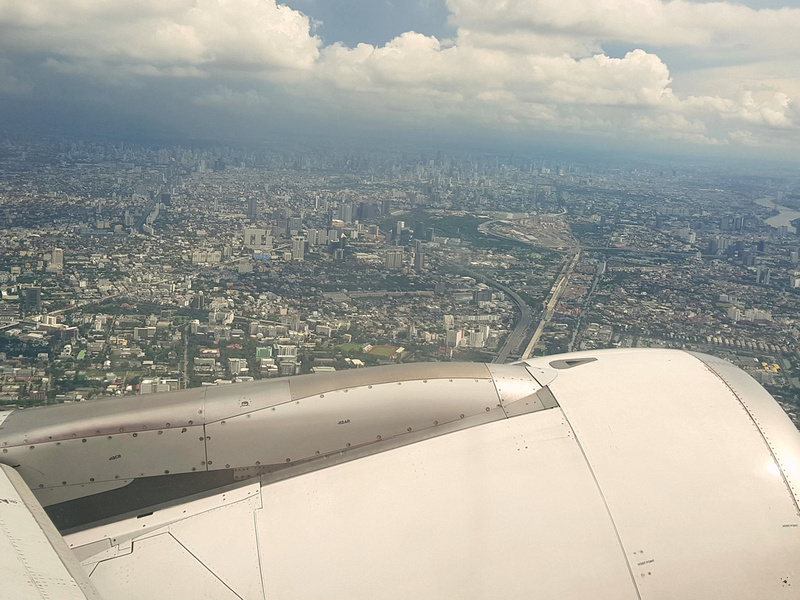 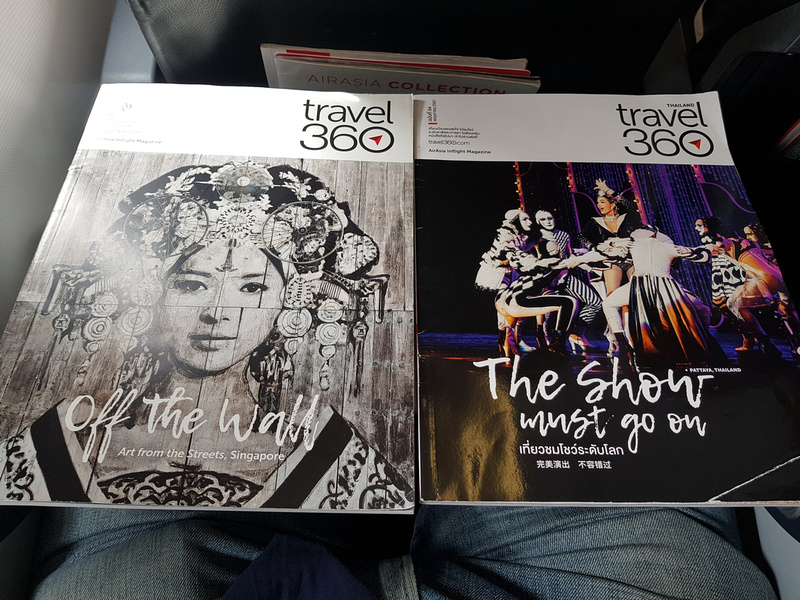 Checking out the route map for future trip ideas. 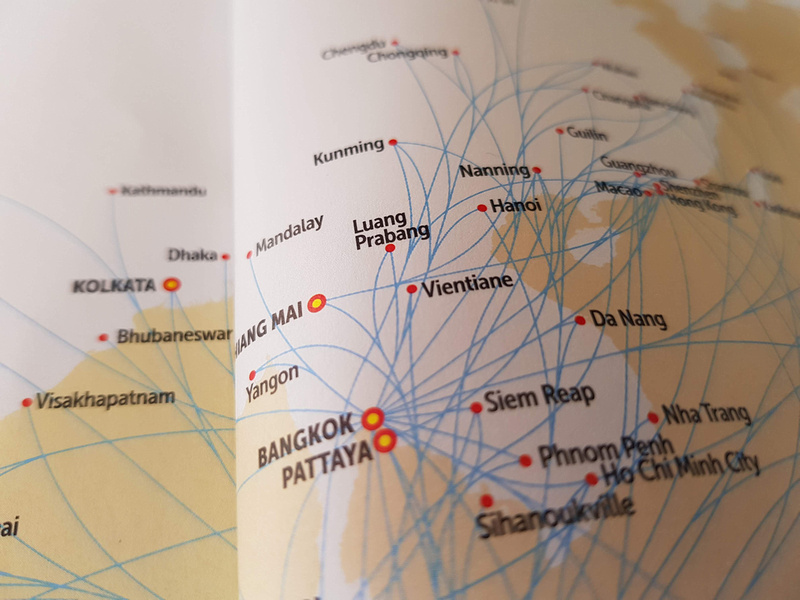 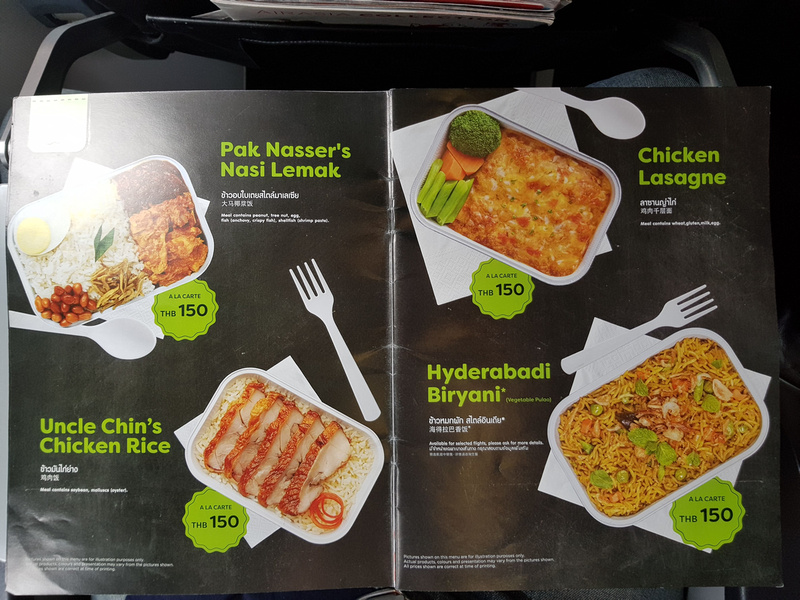 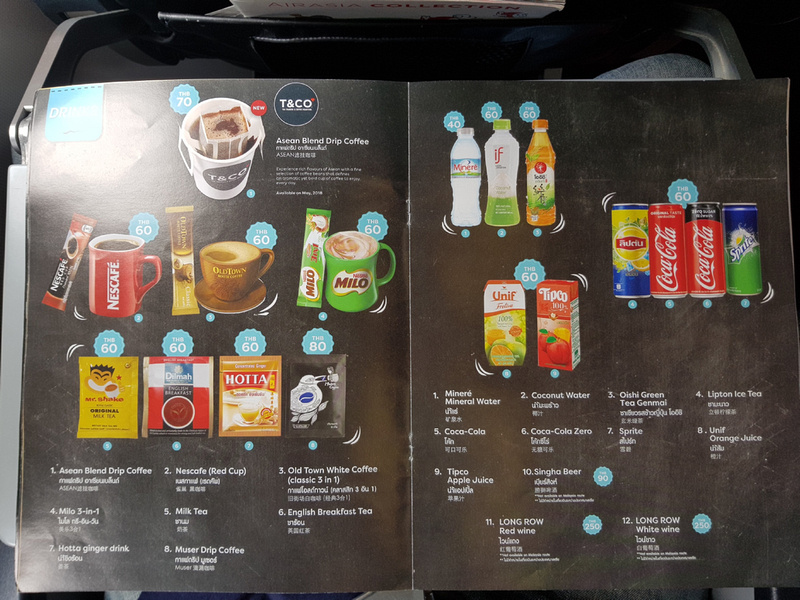 A Lao immigration form is provided during the flight. 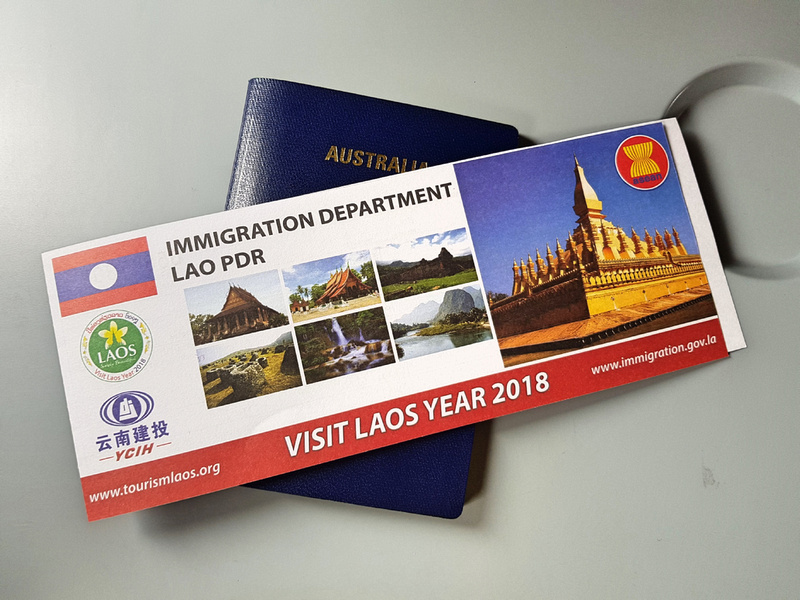 With China building the railway in Laos, it was interesting to note the advertising for this Special Economic Zone. 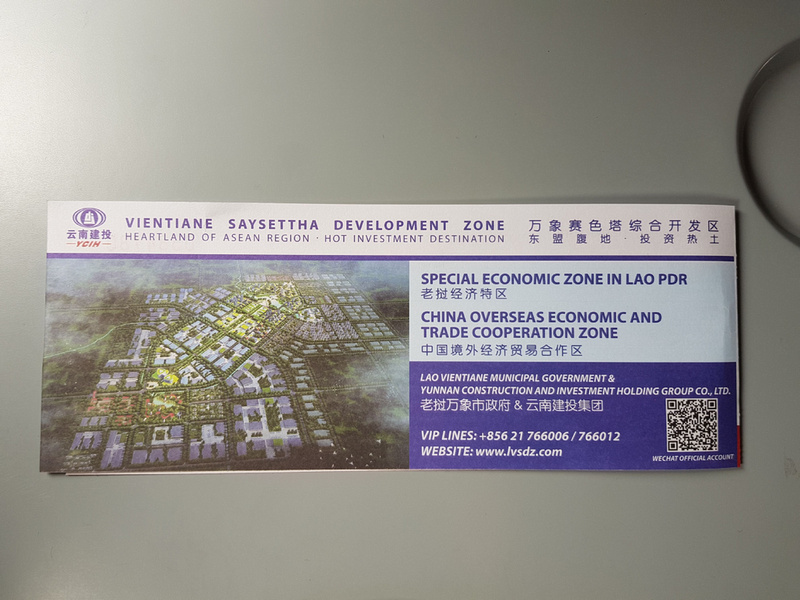 If you are flying to Luang Prabang I highly recommend the window seat, as the mountain views are stunning. 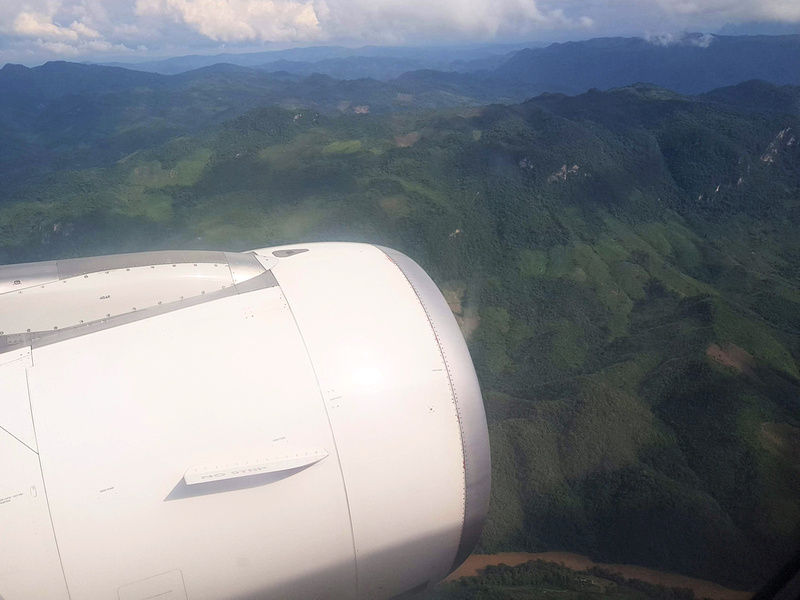 Flying into the airport from a northern approach you can see the railway construction over the Mekong River. This line will connect Bangkok to Kunming, via Luang Prabang.

The last time I came to Luang Prabang was in 2010. I remembered it to be a beautiful place, but I forgot how beautiful. The airport at Luang Prabang is one of the most scenic I’ve been to in Southeast Asia. 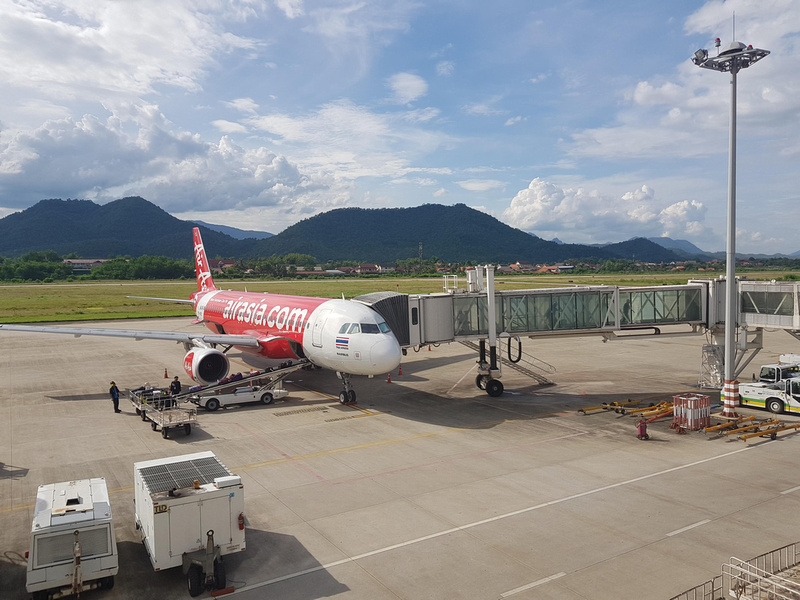 It’s a small airport with two airbridges. I like how you walk to immigration via this outside walkway while taking in the view of the mountains. 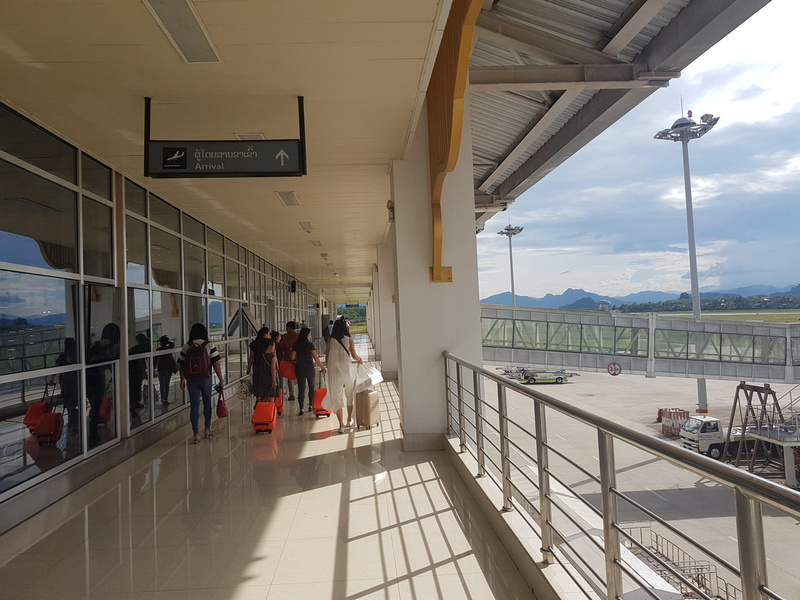 By the time I applied for a visa-on-arrival and cleared immigration, my bag was already there. 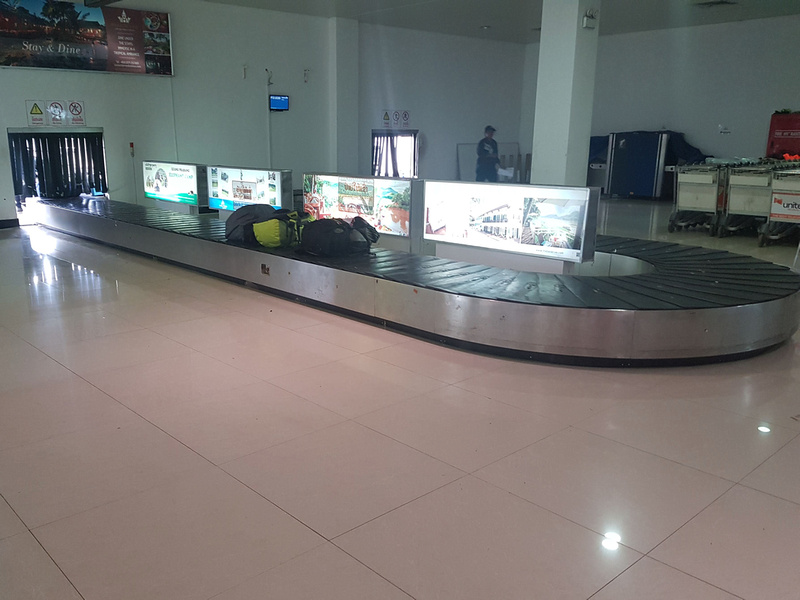 Overall this was a good flight option to Luang Prabang. I will probably come back again by the train next time. Flying will still be quicker, though it will be interesting to see how much the tickets cost in comparison.