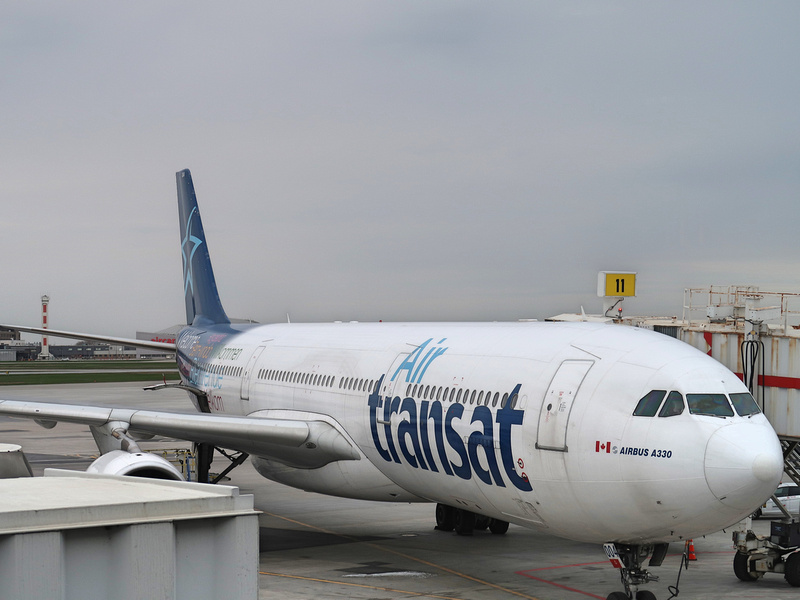 When booking the ticket the flight is presented as if it’s one flight. There were two flight options, but that is only the Montreal – Toronto segment. Being a low cost airline the ticket is broken up with optional extras. A checked bag with seat selection added another $45CAD to my ticket. 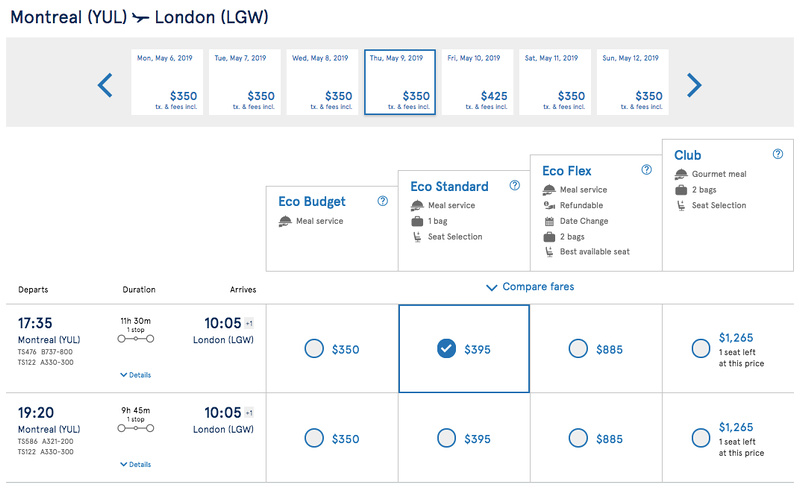 Then there are the upsells before you make the booking. 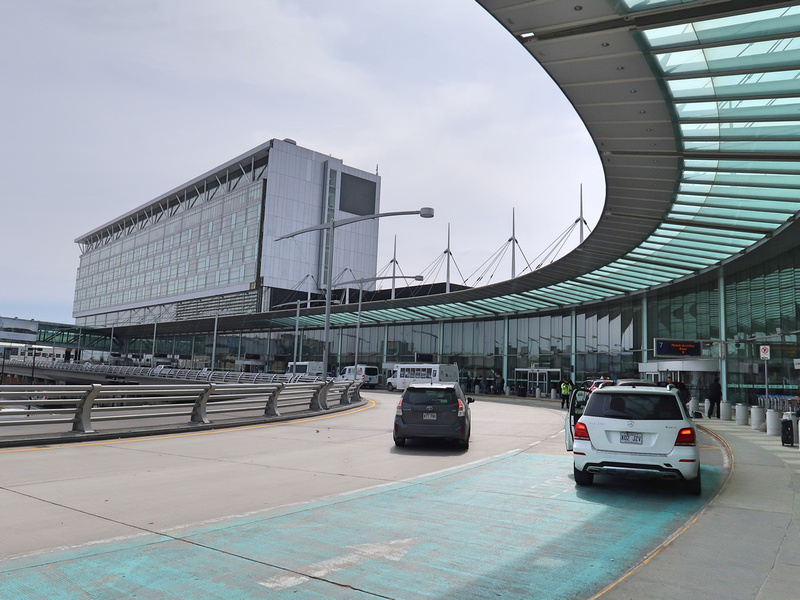 I checked in online, and there are also plenty of self check-in kiosks at Montreal. Boarding passes were issued for both flights and the bag was checked through to London. 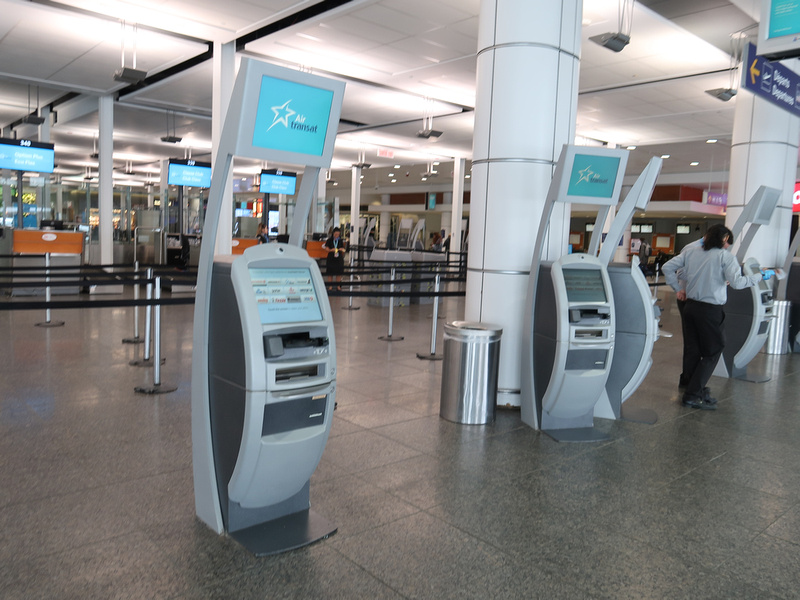 I was happy to see that this A330 had a 2-4-2 seat configuration. Full service airlines like Singapore Airlines and Cathay Pacific configure their A330 economy seats like this. Low cost airlines like AirAsia go for the 3-3-3 configuration, and that extra seat squeezed into each row is noticeable. 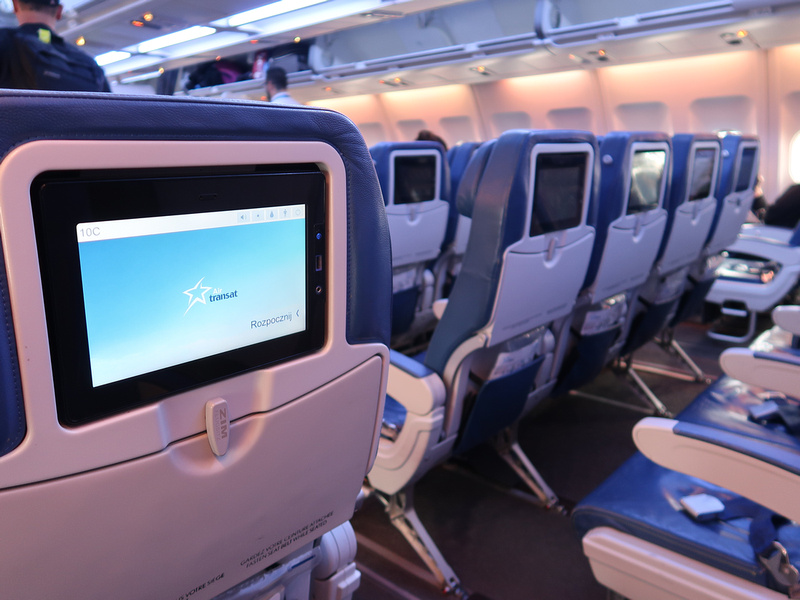 Air Transat is headquartered in Montreal and it operates from four main bases (Montreal–Trudeau, Toronto–Pearson, Vancouver, Quebec City). Even though Montreal is closer to Europe, Air Transat operate their London flight from the larger Toronto airport. Cananda is a bit similar to Australia in that regard, where sometimes you have to backtrack to get to the main hub. 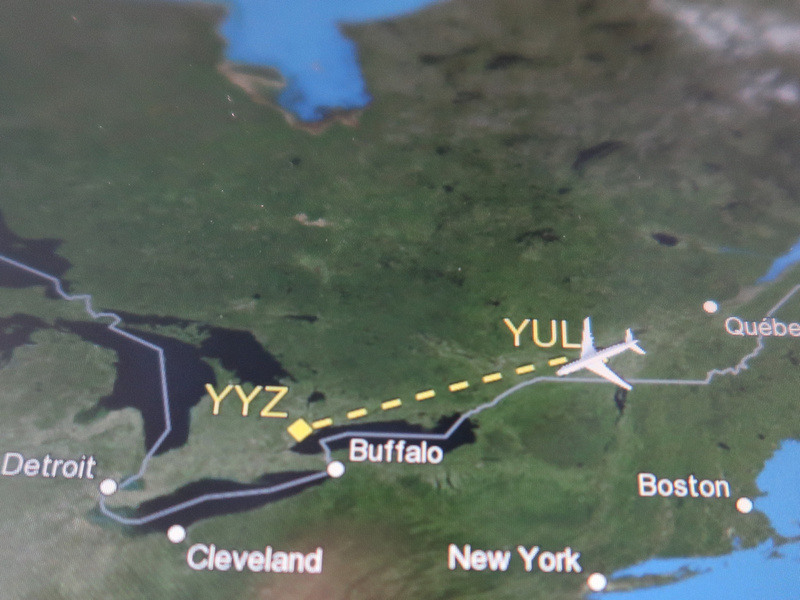 Legroom on the Montreal – Toronto flight. 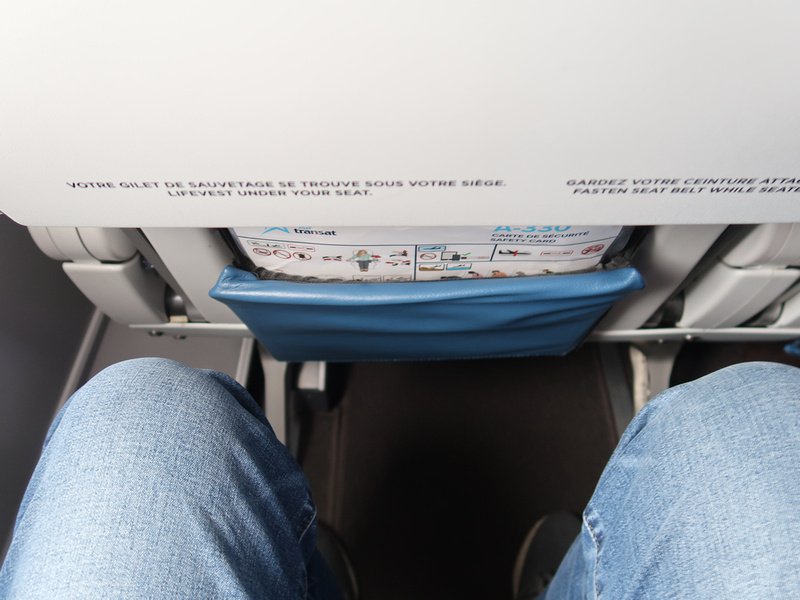 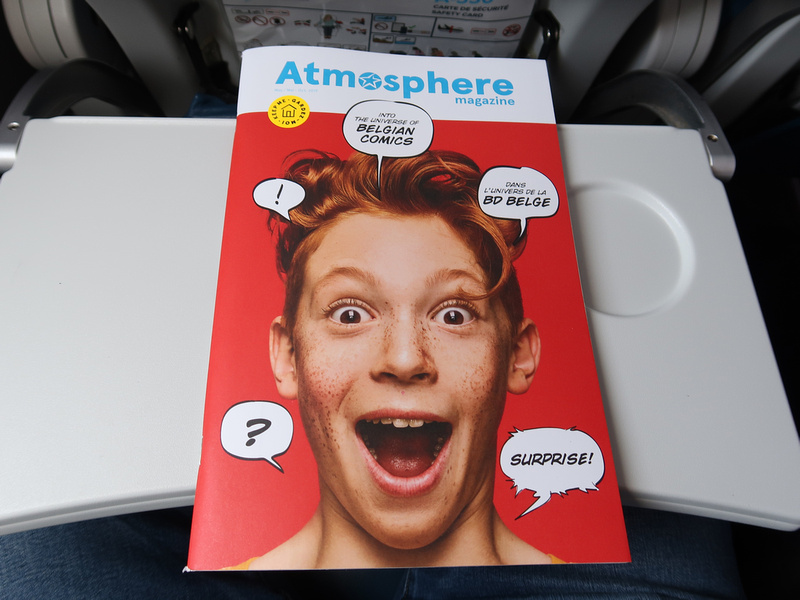 Air Transat is a low cost airline, and it is also described as a leisure airline. It’s main destinations are to popular holiday spots. It’s a big business flying Canadians from the frozen north to warmer climes, and as you can see on the route map, the Caribbean is one of the main regions. They remind me of Jetstar Australia, which was set up by Qantas to serve low cost flights to holiday destinations.

The map doesn’t show route lines either, further giving the impression that you can get to any of the international destinations from your city in Canada. 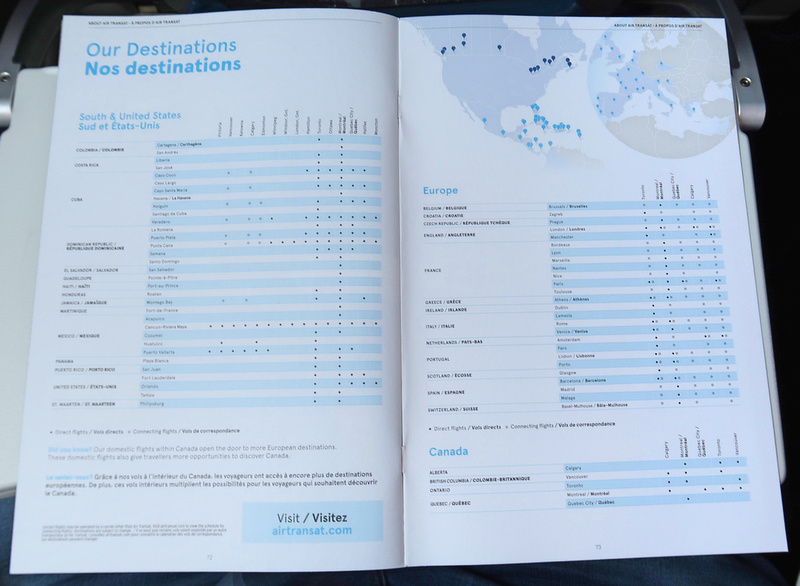 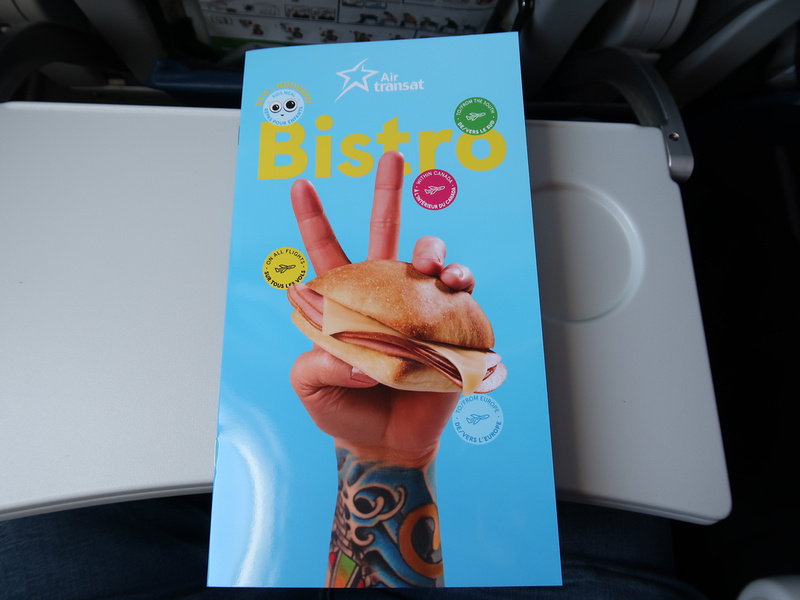 Being a short flight there were no meals served but I had a look anyway. I see you can order poutine on this flight. 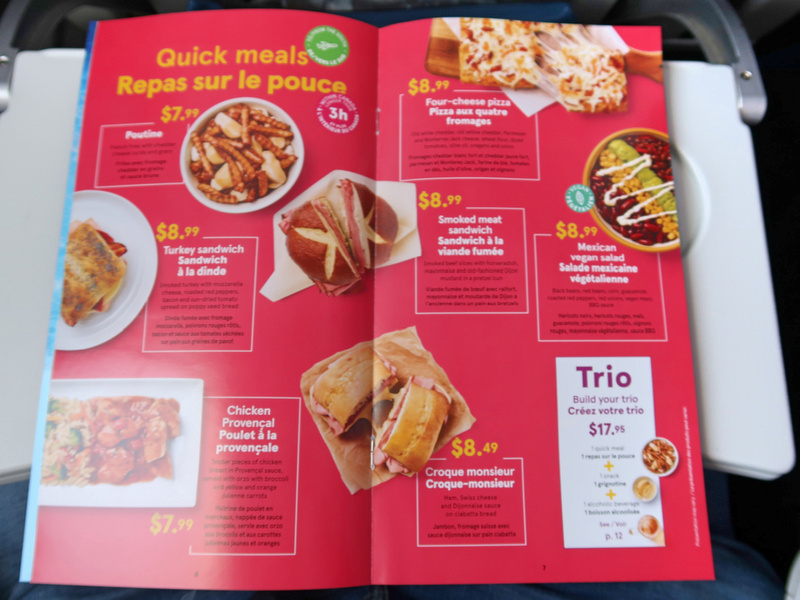 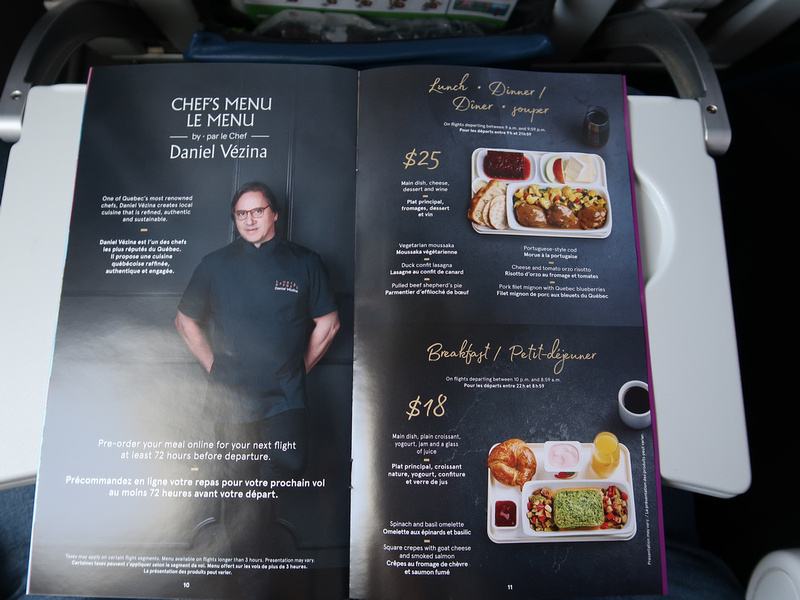 On the back of the menu I saw advertising for Cuba. This brought be joy to think that Canada is so open to Cuba. I’ve been considering a trip to Cuba, and one of the options has been to go via Canada. 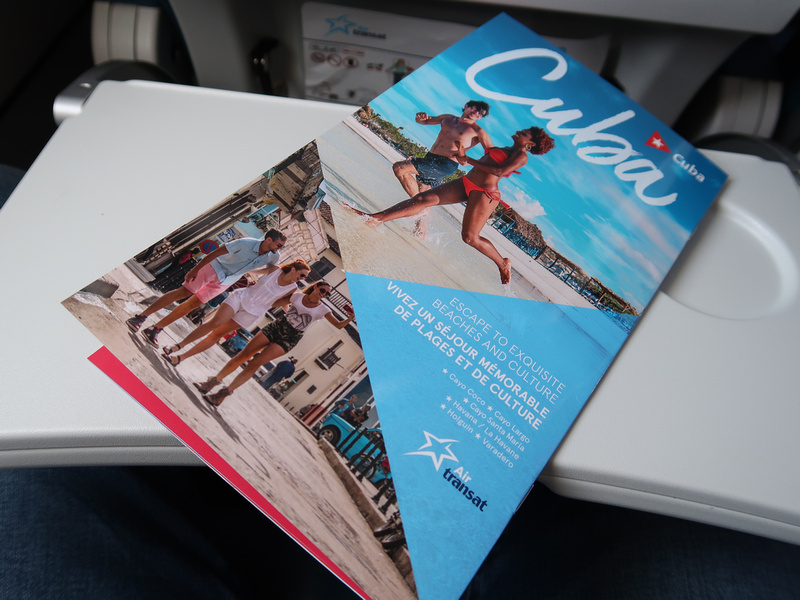 On the flight to Toronto there is a free drink service. 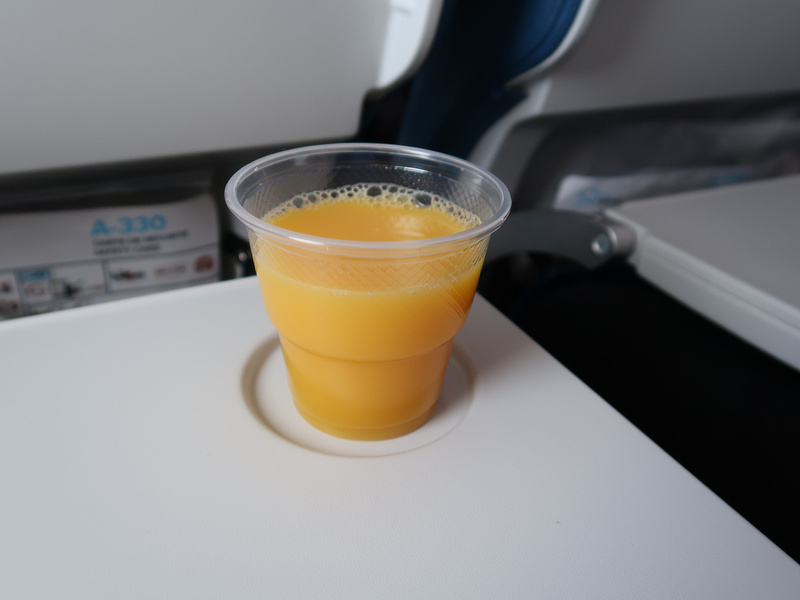 The flight arrived on time at Toronto, where I had a layover of 3H, 10M. 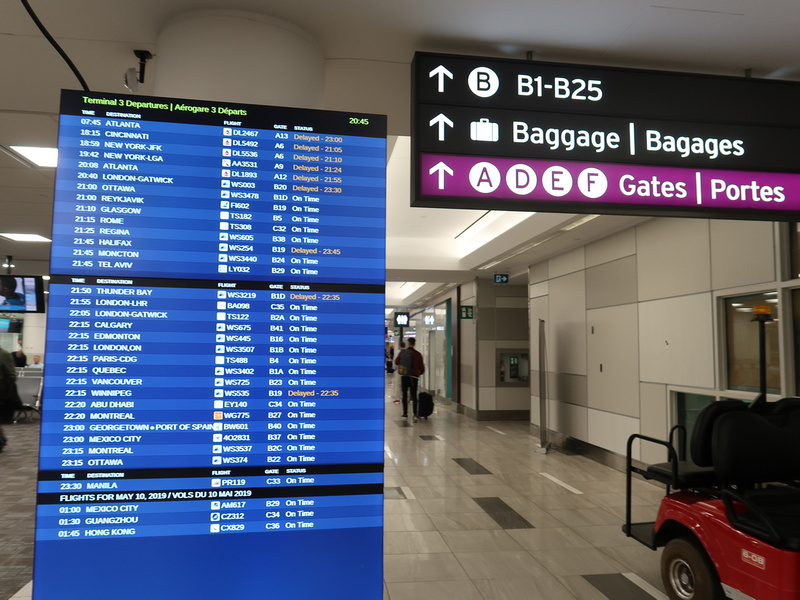 During this time I met a friend who lives in Toronto. When I said I was flying to London I was asked, “as in Ontario?” It might seem like a silly question, but there are indeed flight to London Ontario from Toronto. Make sure you are at the right gate for the right flight. Laugh if you will, but people have been known to get the wrong flight. 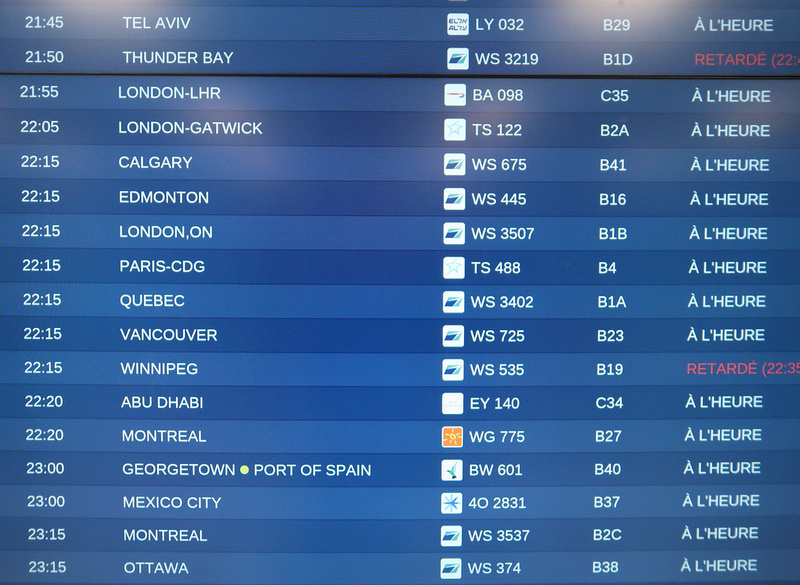 The flight to London was also on an A330, but I was dismayed to find that the seats were configured in 3-3-3. This was what I was expecting, but the first flight had given me hope. 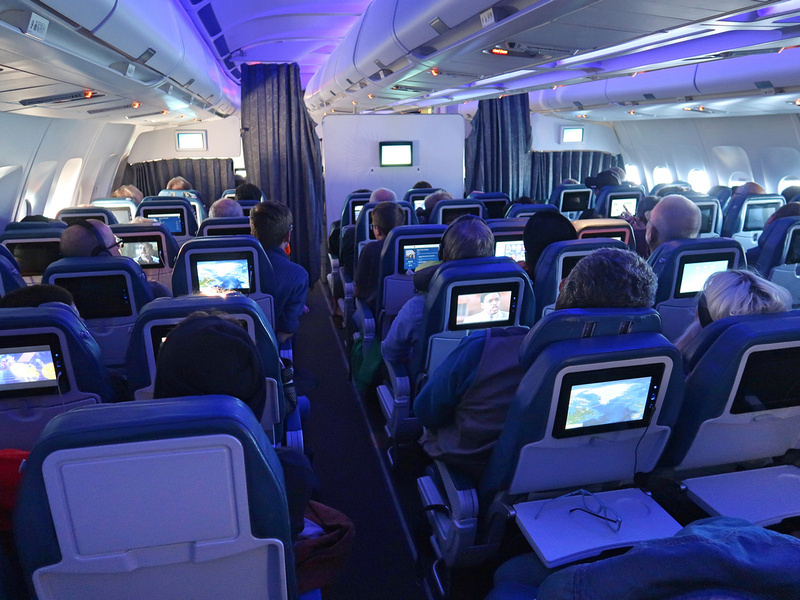 It also felt like there was slightly less legroom. And to make matters worse the seats are made of a hard and slippery pleather. 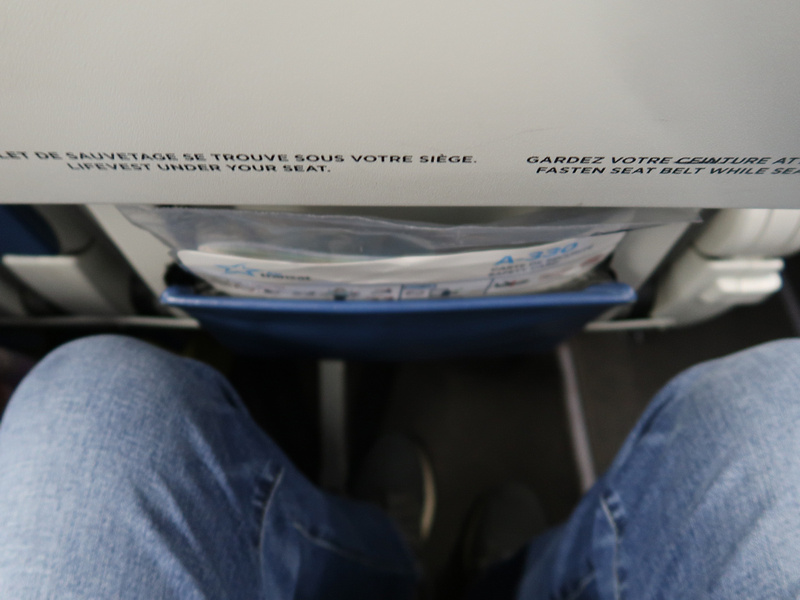 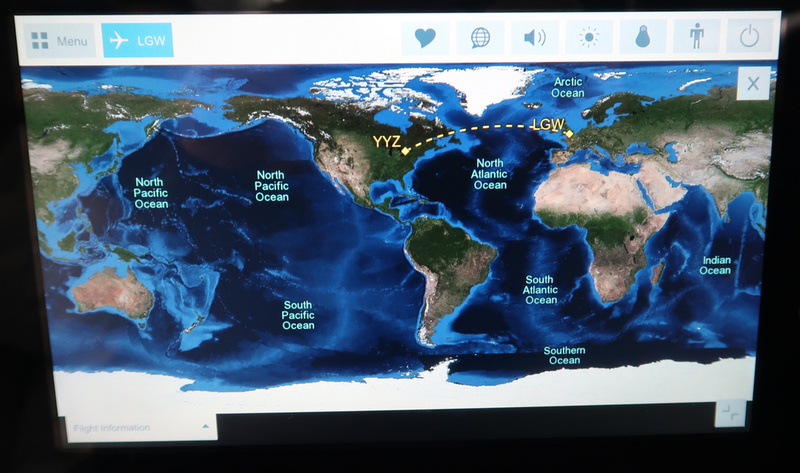 Watching the flight backtrack by Montreal. 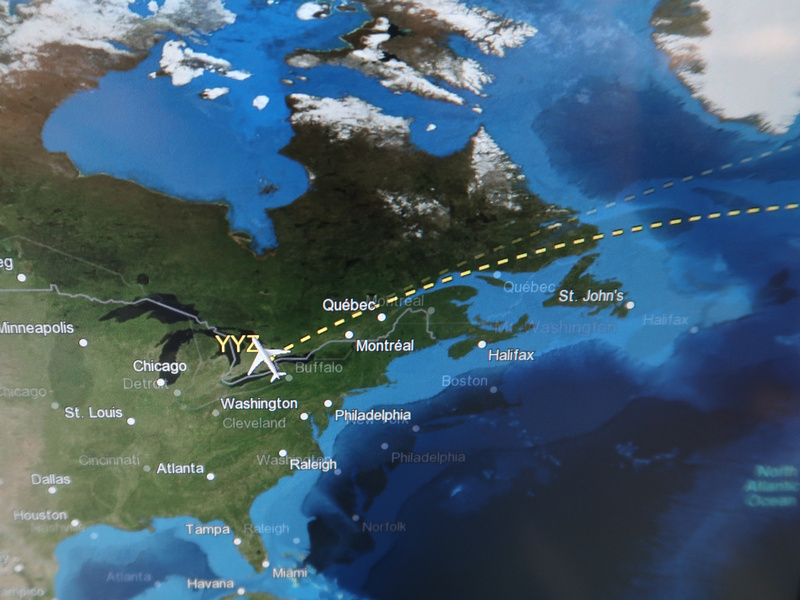 I had compared Air Transat to Jetstar Australia, which operate mainly as a leisure airline. On Air Transat you at least get free entertainment units. 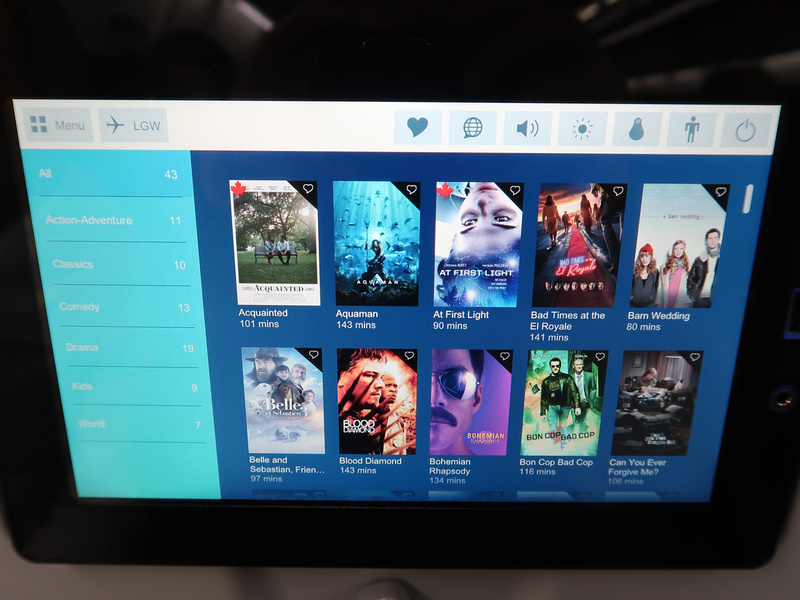 I had also forgotten when I booked that a meal is included with the ticket. I got the chicken and rice meal. 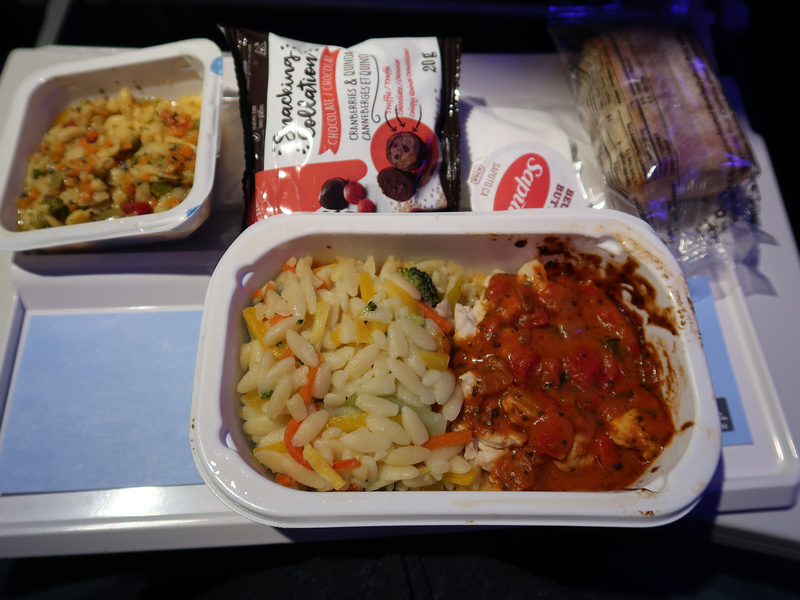 The flight is too short for two full meals, so a breakfast cake is served before arriving. 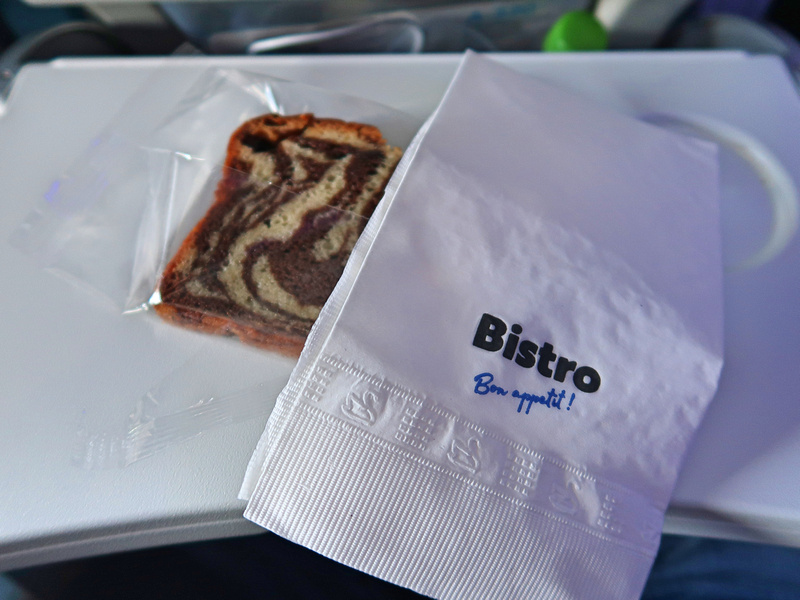 And coffee and tea is provided. 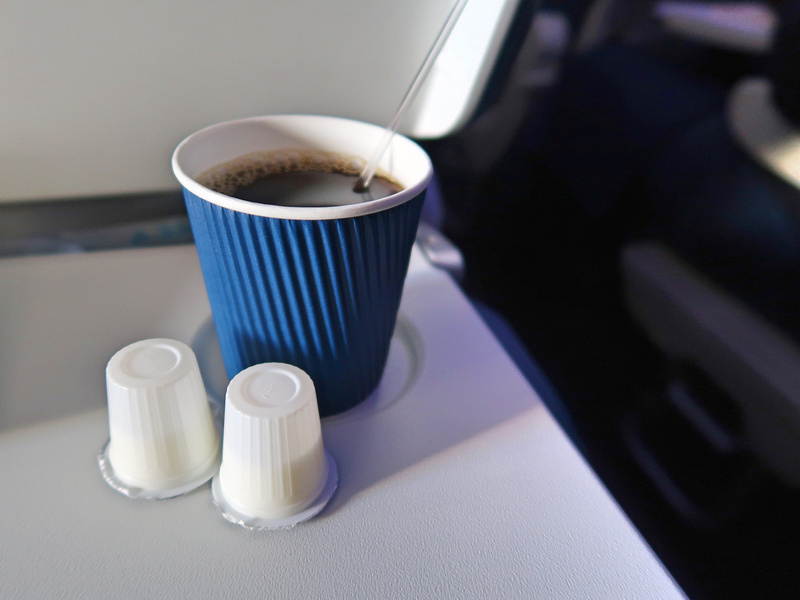 By the end of the flight I was really ready to get off. I can live with the narrow seat but the seat itself was too uncomfortable. I had a couple in front of me moving about a lot and audibly complaining about the seat, and I could only nod in agreement.

Overall I was happy to save money but I’m not sure I would actively seek to fly with them again with such uncomfortable seats. That is easy enough to say as I’m not from Canada.