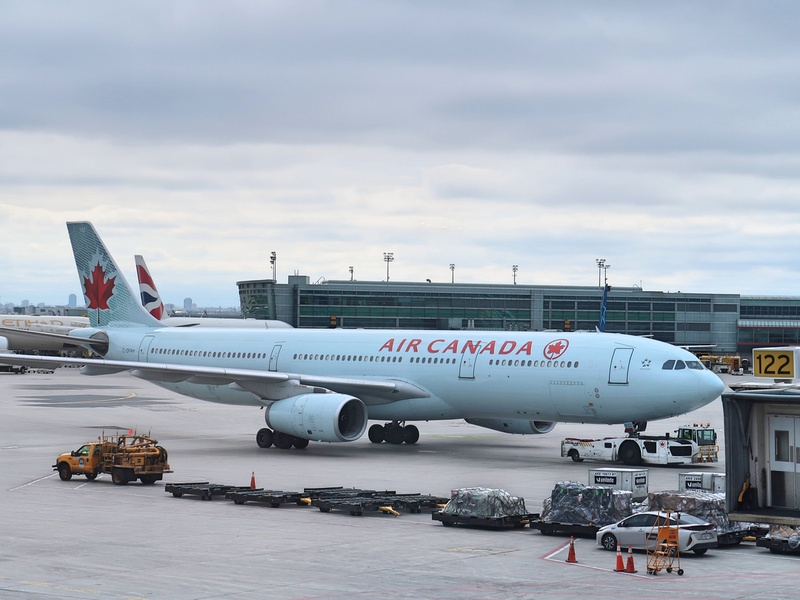 I flew with Air Canada from Toronto to Montreal. This was the last leg of my journey from Hong Kong. I booked the ticket separately from this flight so it wasn’t connected. I compared flights with Skyscanner and there wasn’t much difference in the prices between airlines once the baggage was considered. Air Transat was the cheapest by a small amount, but I already had another flight booked with them so I went with Air Canada for the variety of experience.

As you would expect the Air Canada departure area at Toronto is huge, and it’s a well-oiled operation. There is a check-in area for US/Canada, and for international. 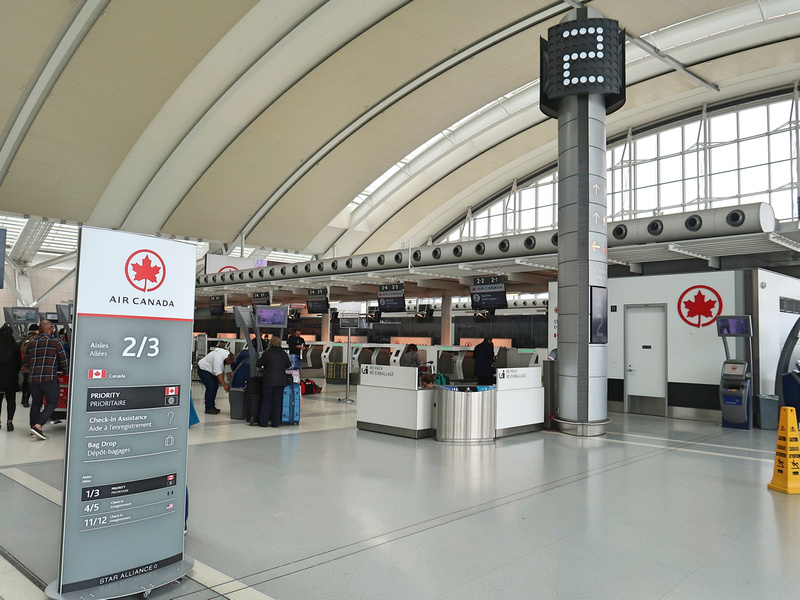 There are plenty of self check-in kiosks, and attendants to help if things go wrong. In my case the machine ran out of bag tags. 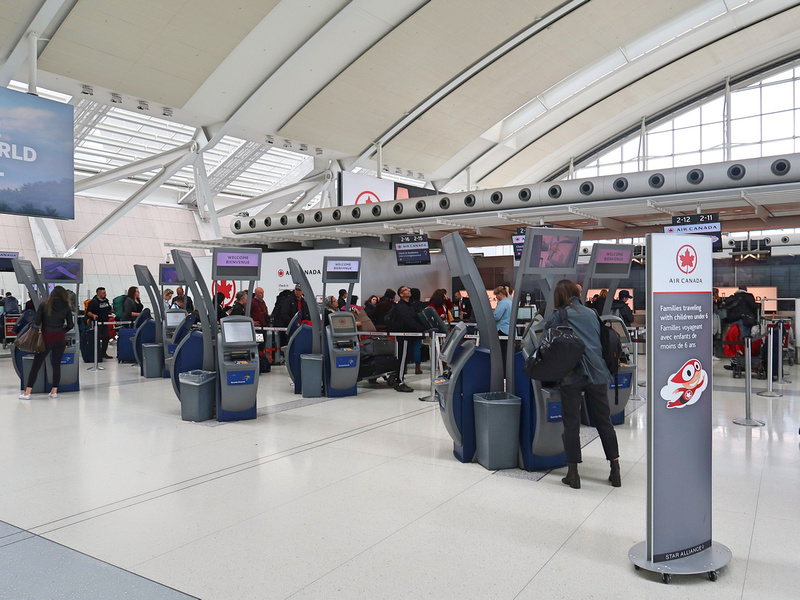 After checking in I went airside and celebrated being back in Canada by going to Tim Hortons. 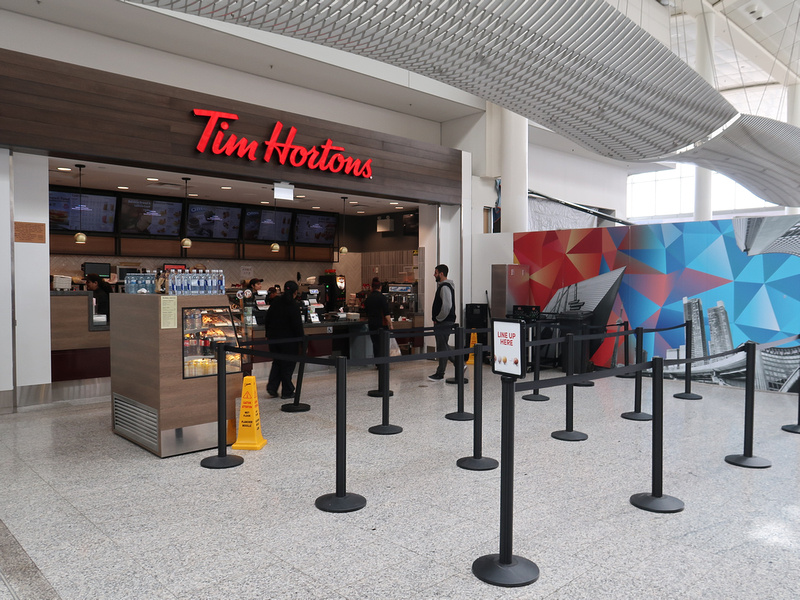 There are flights going all throughout the day between Toronto and Montreal. I could have booked an earlier flight, but as my ticket wasn’t connected to my previous flight I erred on the side of caution and allowed a few hours.

Air Canada flight AC 834 departs Toronto at 18:00 and arrives at 19:38 for a scheduled flight time of 1H, 38M. What I didn’t realise when I booked this was that the flight is en route to Geneva, so an unknown amount of passengers are going through. The aircraft was sitting at the gate a couple of hours before departure so it wasn’t going to be delayed.

Being an international flight there were inflight entertainment units on the seats. They looked old compared to what is available now, but at least they have power outlets included. The flight was on an Airbus A330-300 and the seats were configured in 2-4-2. The flight was only half full as well, so I had a window and empty seat next to me. 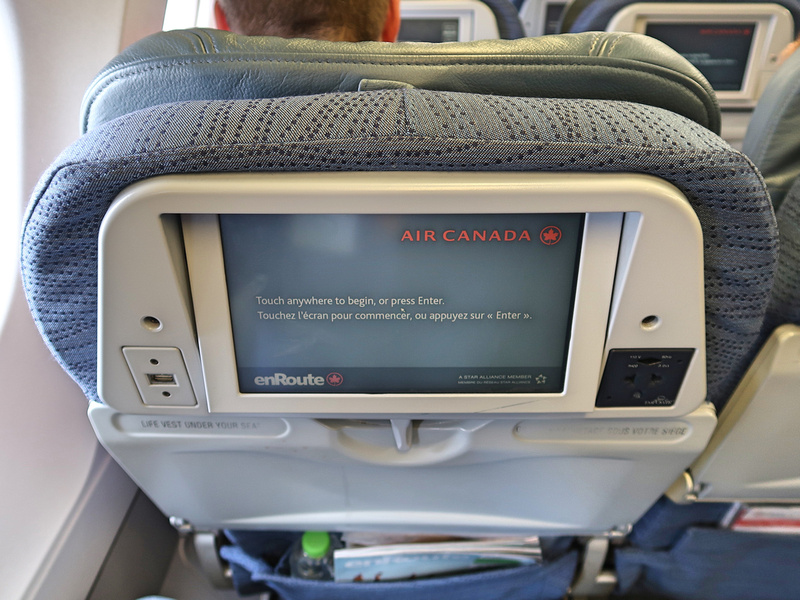 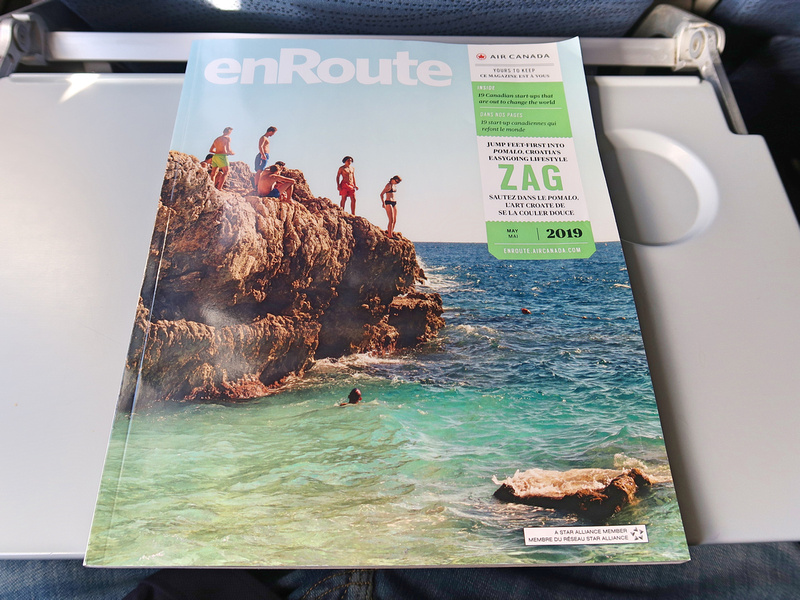 Previous to this trip I’ve only ever been to Toronto and Vancouver in Canada, so looking at the route map was a reminder of how much of Canada is left to explore. 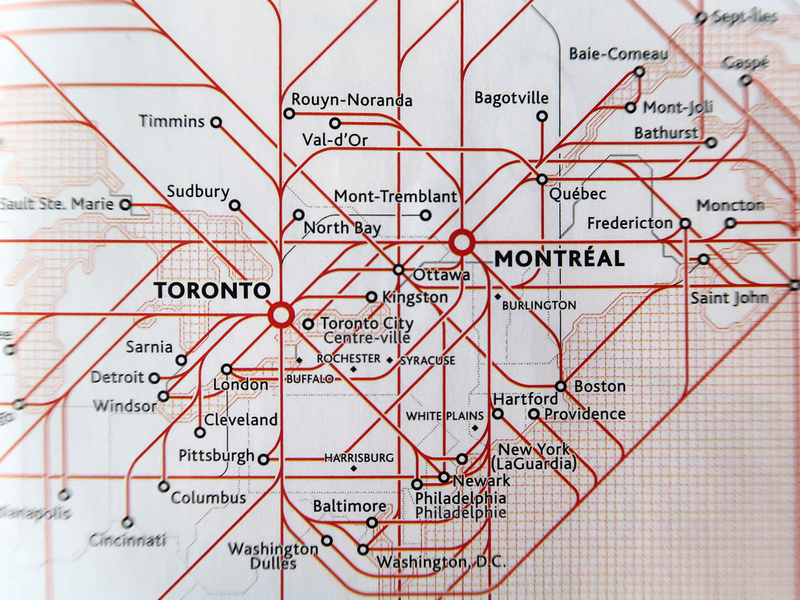 In fact it’s been years since I’ve been in North America, so it was novel looking at the route maps. 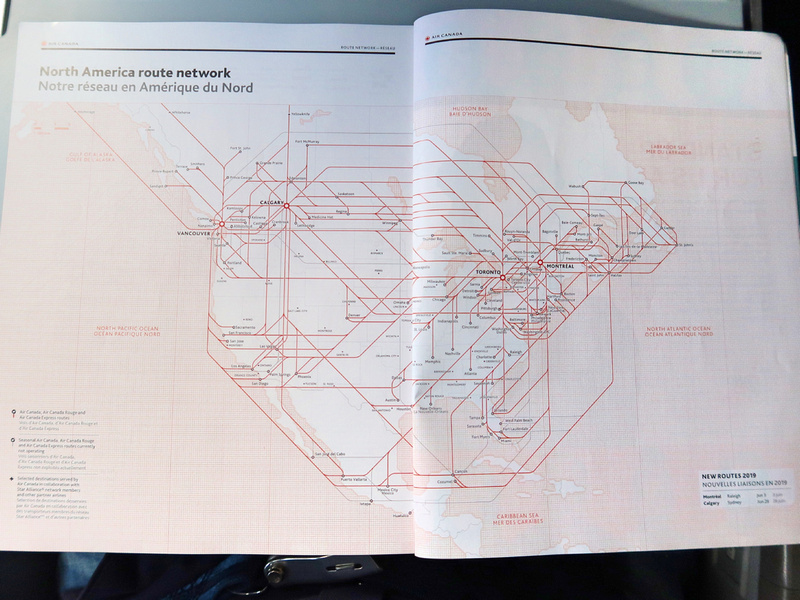 There was no meal service on this flight, though I did look through the “Bistro” magazine to see what was available. 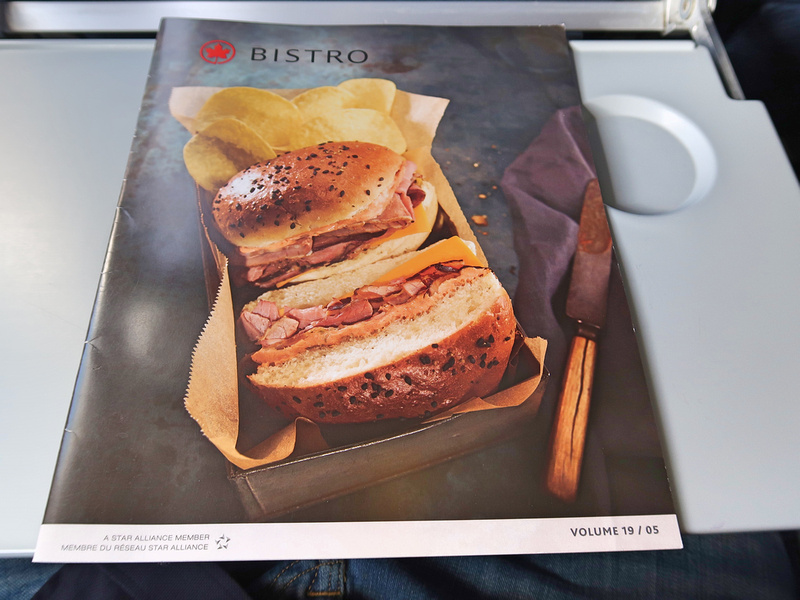 There are a variety of meal available for purchase, though at such a short flight no food service was offered. 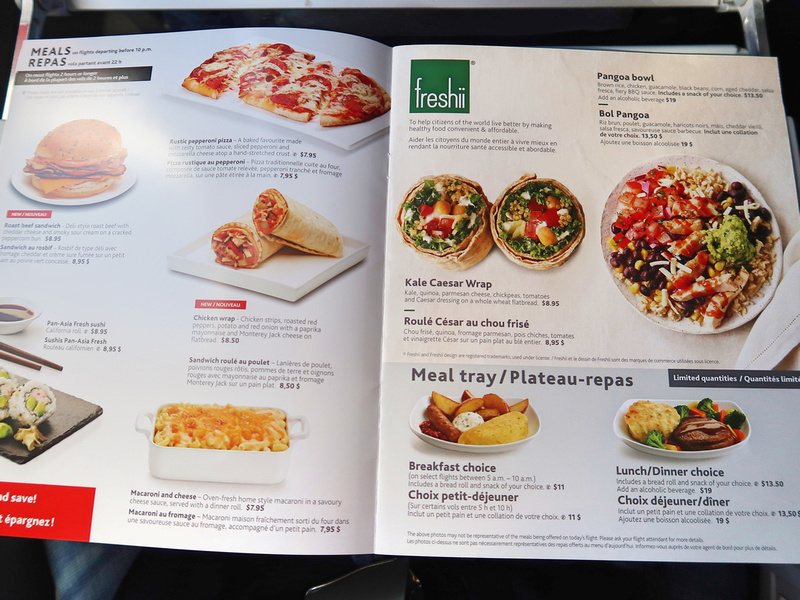 Alcohol is also available, with domestic beers from $6.95 CAD. 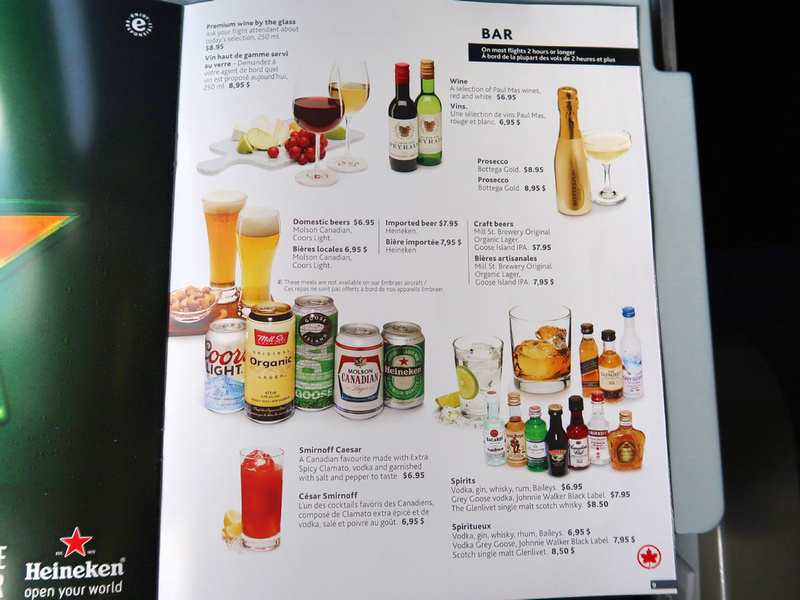 There is a free pretzels and drink service. I was one of the last served, and by the time they got to me it was almost time to descend. 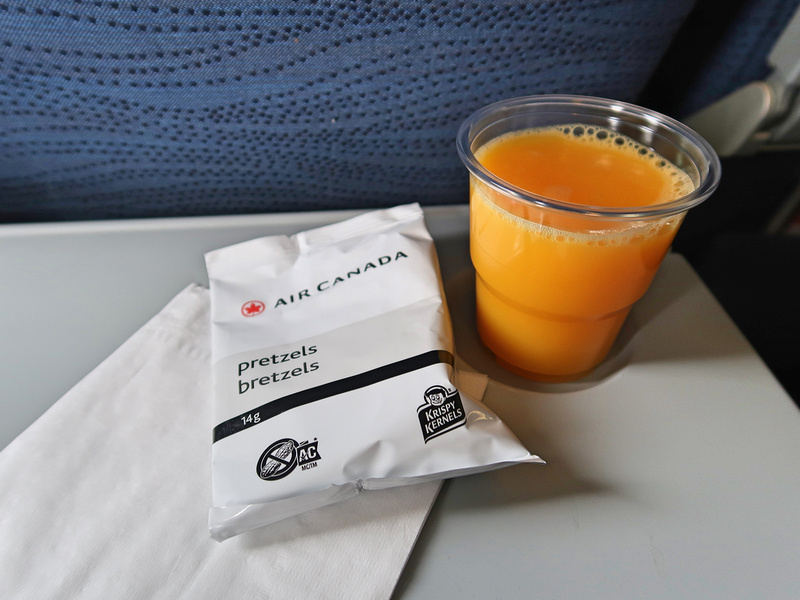 I had the entertainment unit on to track the flight. My geographical knowledge for this part of the world is limited, so I like studying these maps. 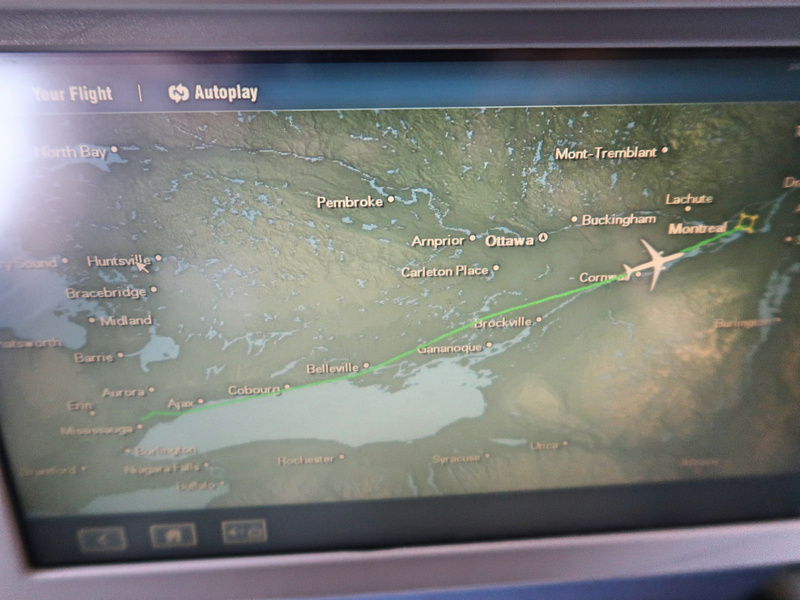 It can still be cold in early May in Montreal, and we arrived to a cold and gloomy day. 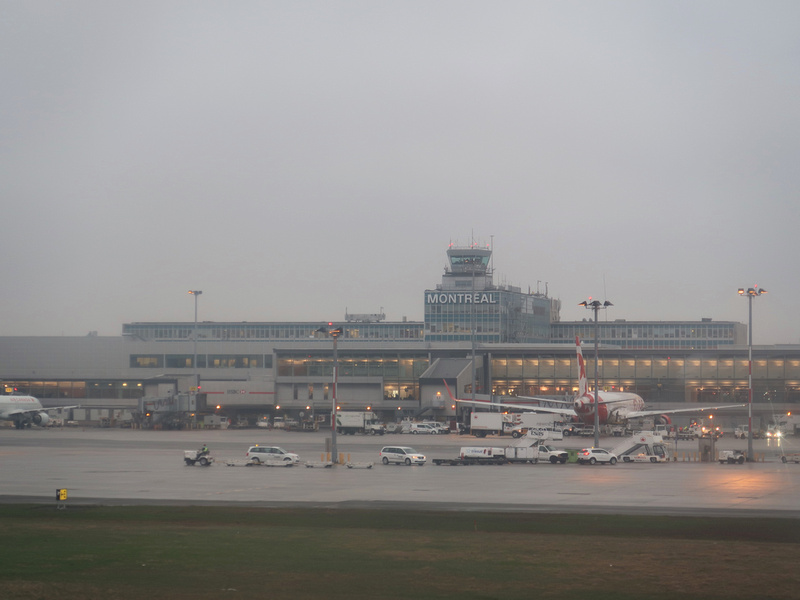 Overall it was a good flight to Montreal.