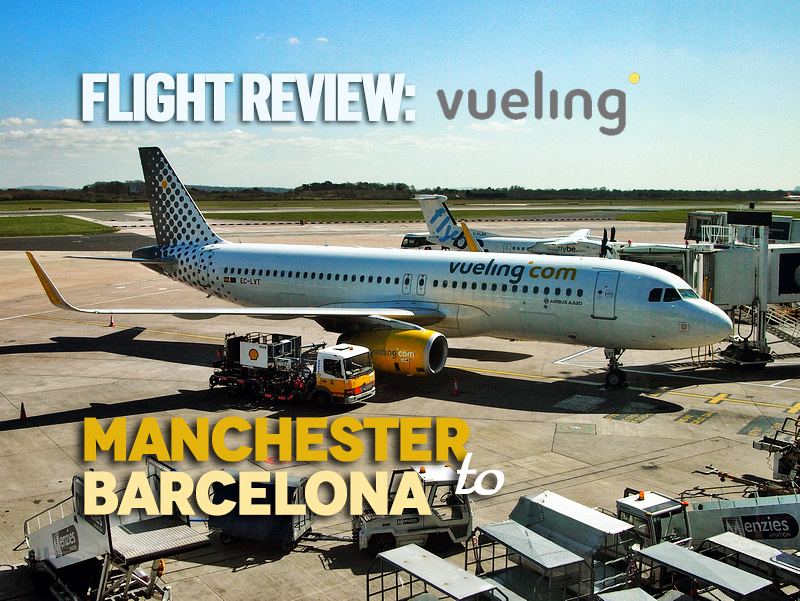 I flew with Vueling from Manchester to Barcelona. In selecting who to fly with I compared flights via Skyscanner.com.

There were some flights around the same price range with easyJet and Ryanair, and in the end I went with Vueling because I had never flown them before and I wanted to try a new airline. (According to my flight stats I have flown with easyJet 38 times and Ryanair 26 times so I was definitely due to try Vueling).

I also checked with flights from Liverpool as both cities are close to each other, and there is a train from Liverpool direct to Manchester Airport. I was in Liverpool but I elected to spend a day in Manchester before the flight. I compared flights anyway, just in case there was a better deal.

Vueling are a low cost airline from Spain. They are based in Barcelona and have bases around Europe, and they are now the second biggest airline in Spain. 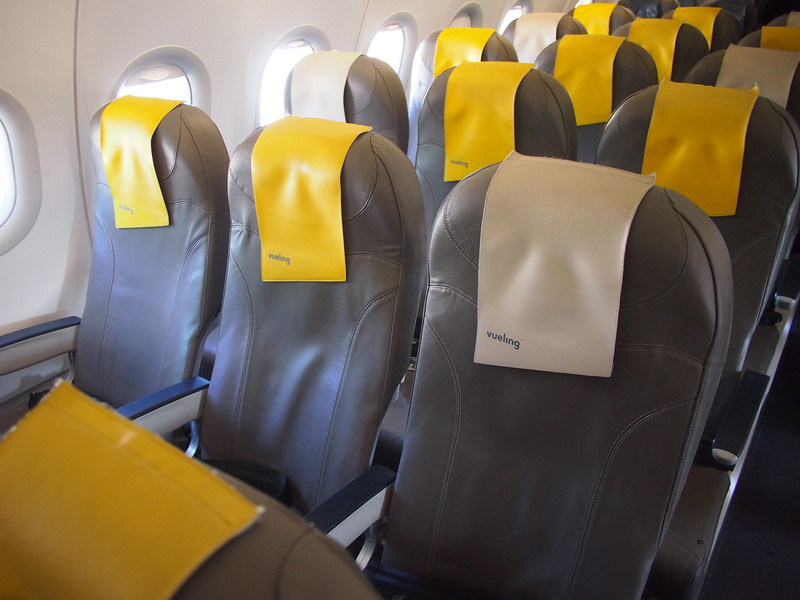 Being a low cost airline I know it is a flying bus. I’m getting a cheap flight for less frills than the full service airlines. That also means that sometimes the airlines will add another row or two in the cabin to get as many bums in seats, so to speak. The space between seats was noticeably tighter. I don’t know what the space is but I usually judge if my knees are touching the seat in front of me, which they were on this flight. 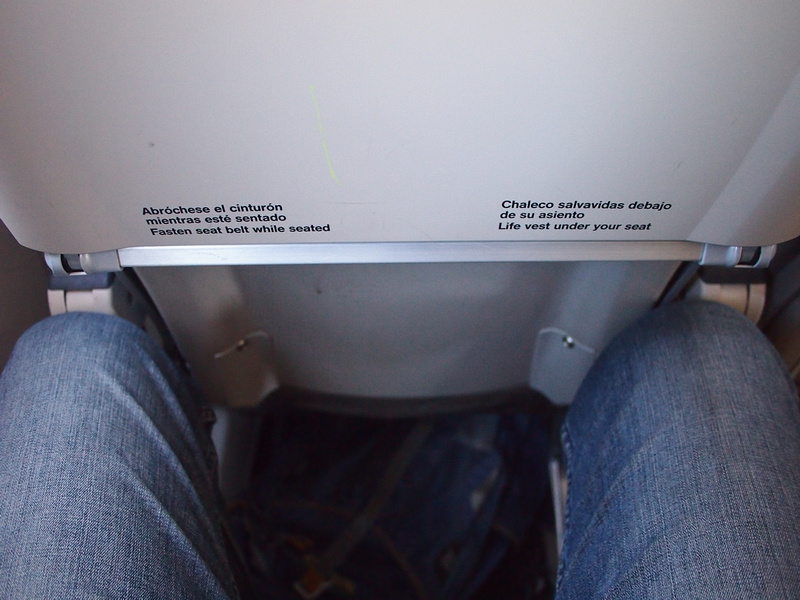 As a low cost airline there is no inflight entertainment – just the usual inflight magazine, which is presented in Spanish and English. 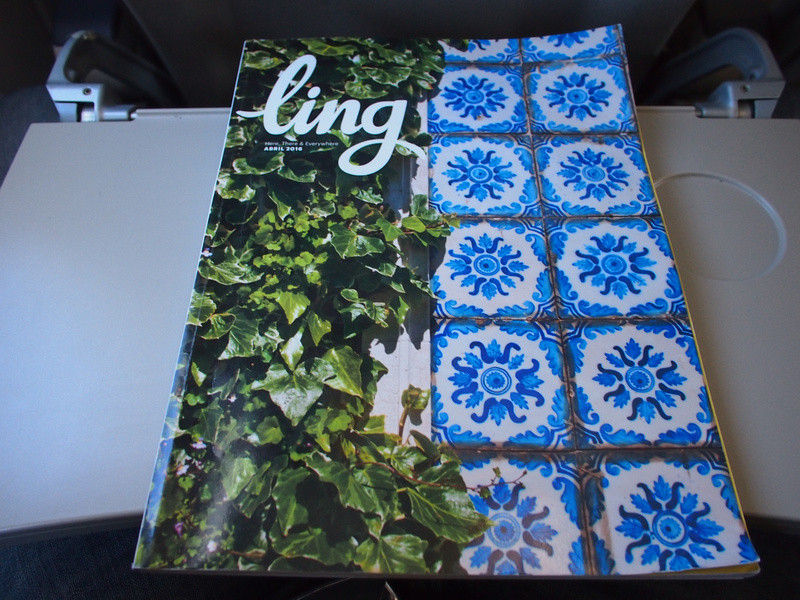 Not related to the flight at all, but I was amused to see all these Google Adwords vouchers as an advertisement in the inflight magazine. 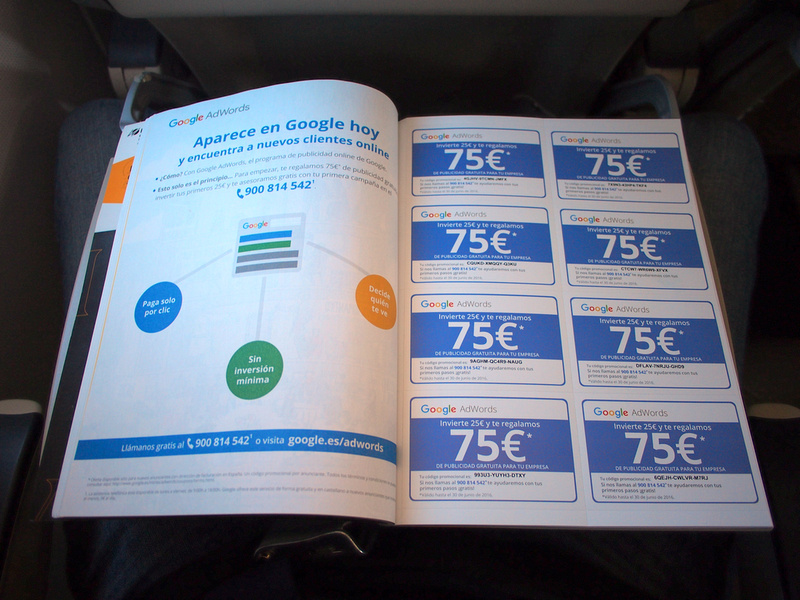 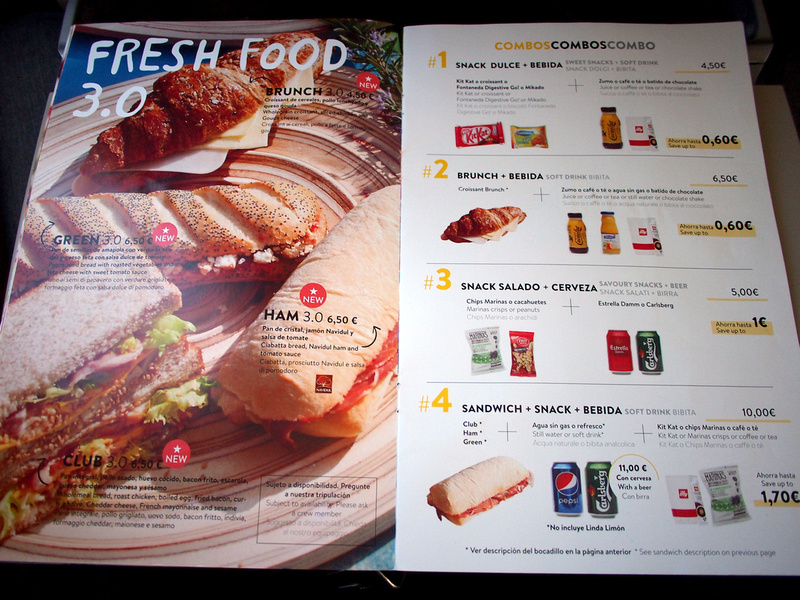 Those previous easyJet/Ryanair stats I mentioned were from when I was based in Europe for much of the year over ten years ago. Vueling was a smaller airline then. Looking at their route map now I was surprised with their coverage. This map doesn’t show from where they fly to and from though. 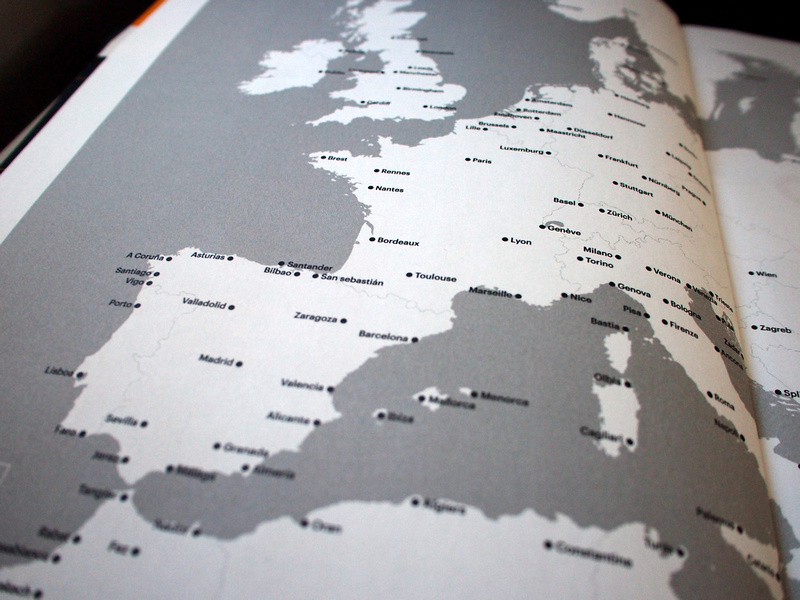 Our flight arrived in Barcelona where you can see the airport dominated by Vueling aircraft.

I noticed Vueling planes at the terminal but for our flight we had to park on the tarmac and deplane and get a bus to the terminal. Perhaps Vueling have already outgrown the airport. 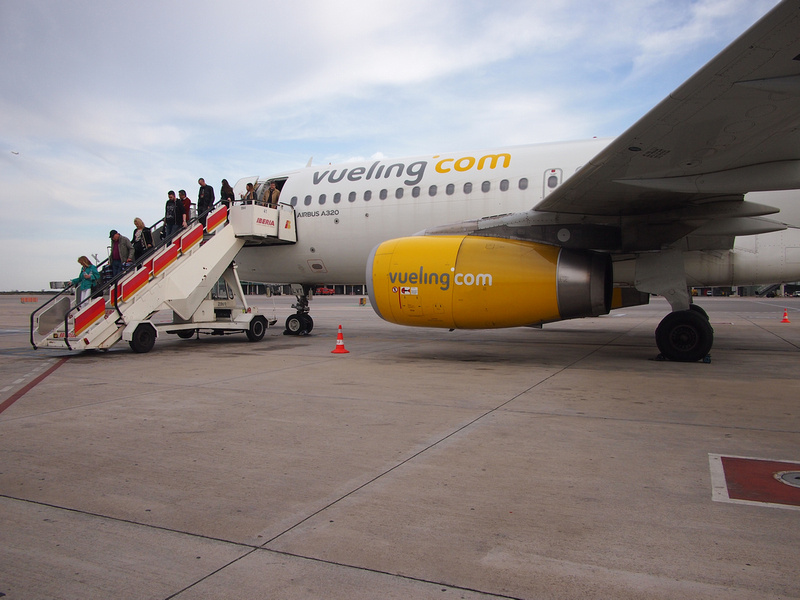 Overall everything went well, and an easy flight even if you are squished in.