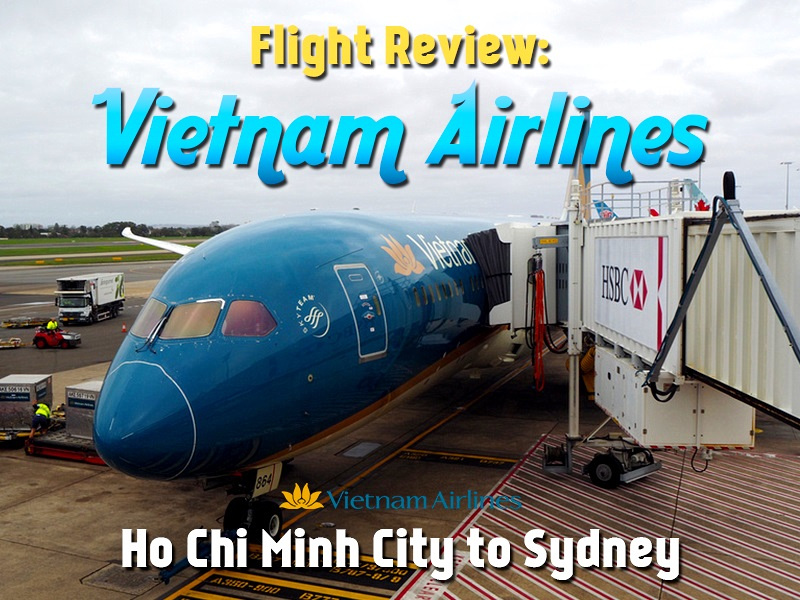 I flew with Vietnam Airlines from Ho Chi Minh City to Sydney. My eventual destination was Brisbane, which has no direct flights to Vietnam. I had a number of other flight options, including flights via Hong Kong and Singapore, but this flight worked out best for me. The flight was provided by a tourism office I was working on behalf of.

As I’m currently based in Vietnam I’ve been flying Vietnam Airlines more regularly, and I had just flown with them earlier in the month to Da Nang. Vietnam Airlines flies to Sydney and Melbourne, and this was my first time flying with them to Australia.

Vietnam Airlines have online check-in available 24 hours before departure. I checked in online to make sure I got an aisle seat (my preferred option for long haul flights).

It’s worth checking in online as the queue is much smaller than the airport check in queue. Maybe I shouldn’t be telling everyone this as eventually it will be the other way around. 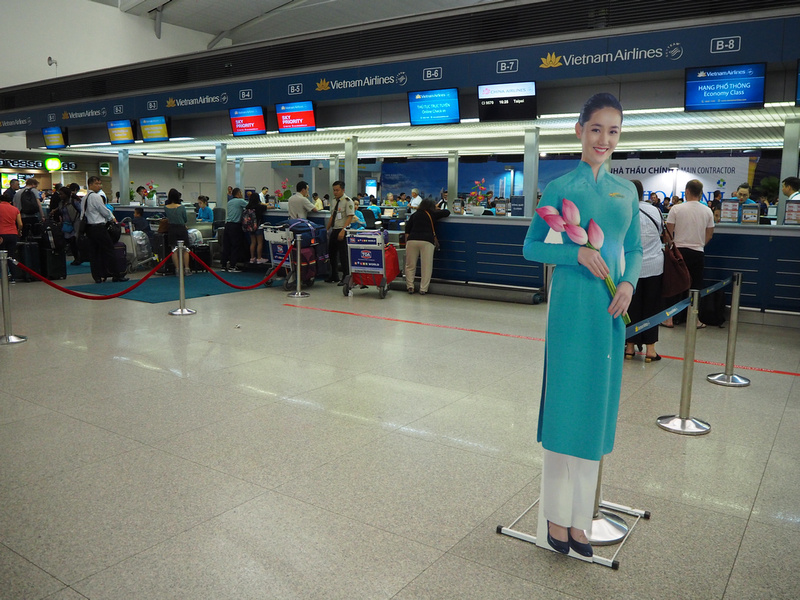 Vietnam Airlines is a member of the Skyteam Alliance. They have their own frequent flyer program (Lotusmiles), but I used my Delta account to collect frequent flyer points for this flight. 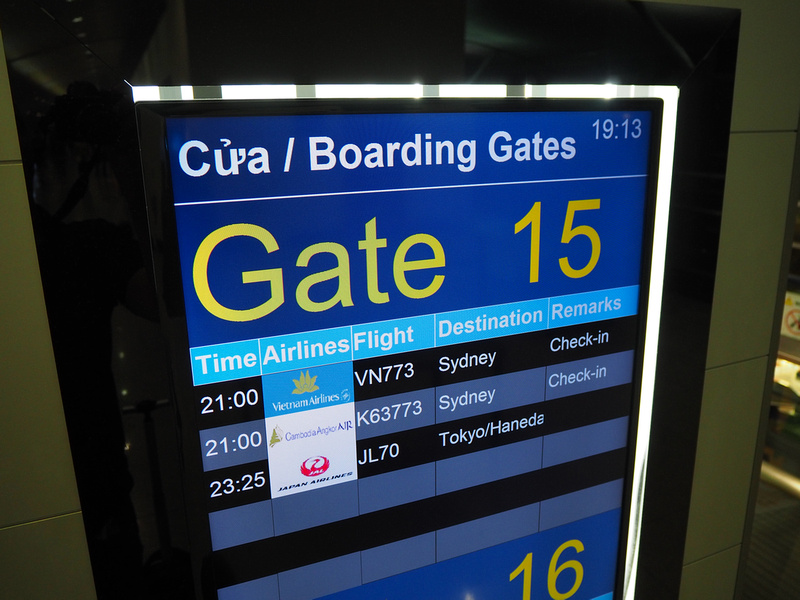 Not airline related, but one of the weird things about flying to Australia is they don’t allow any liquid in your carry on. I encountered this when flying from Bali last year. At least here the nearby shops won’t sell drinks. 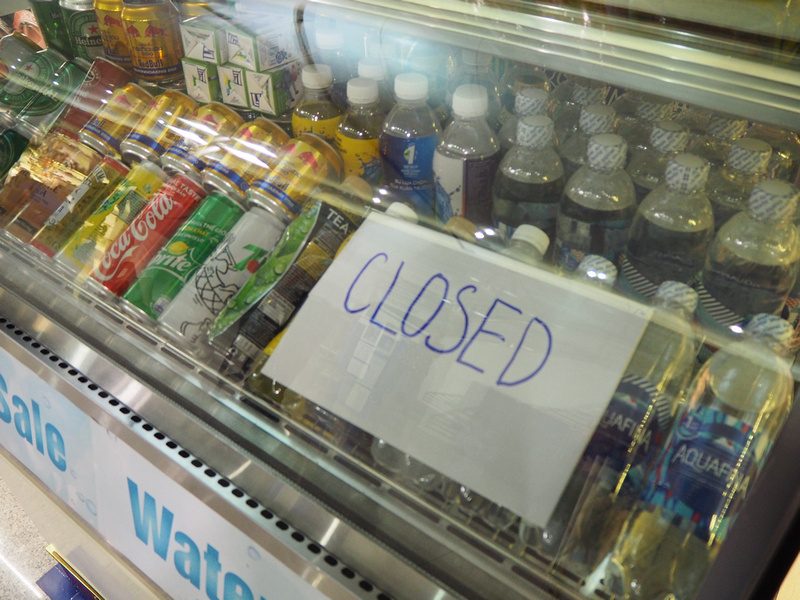 The flight departs at 20:00 and arrives in Sydney at 9:15, for a scheduled flight time of 8H, 15M. The flight was on time, which was good as I had a connecting flight in Sydney. 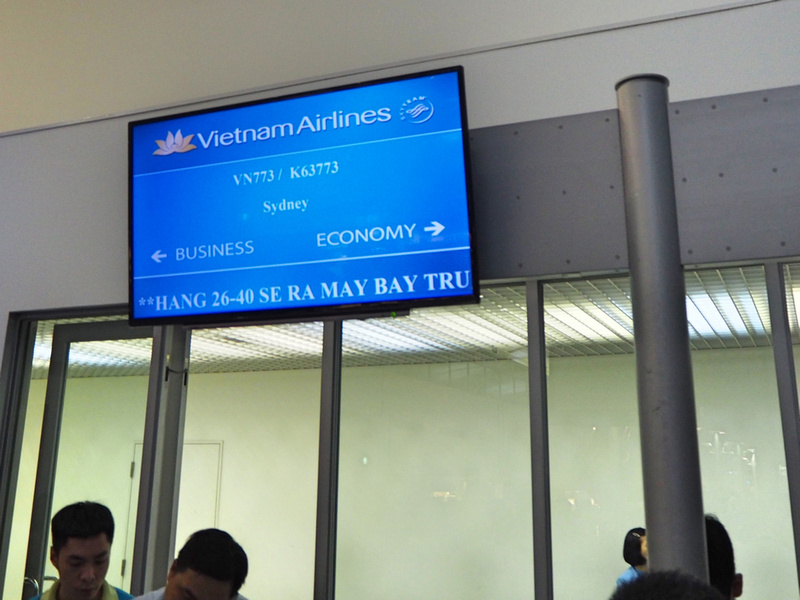 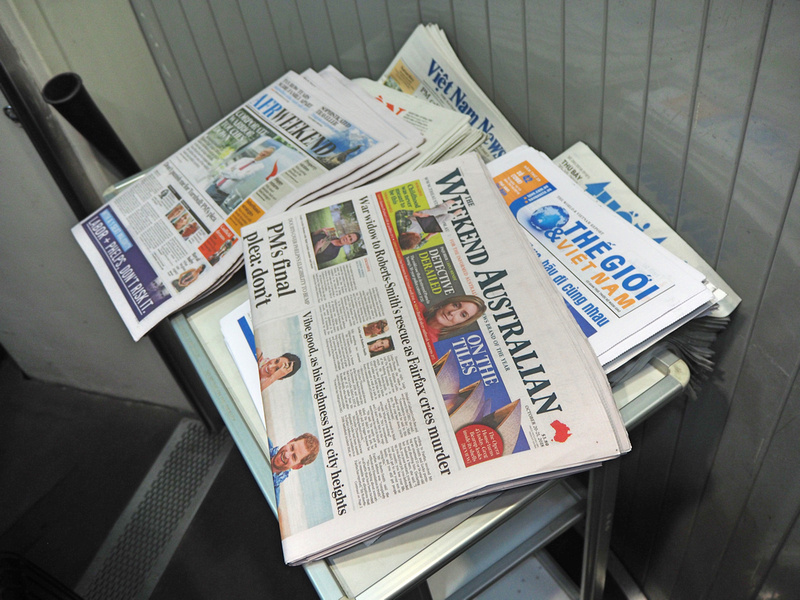 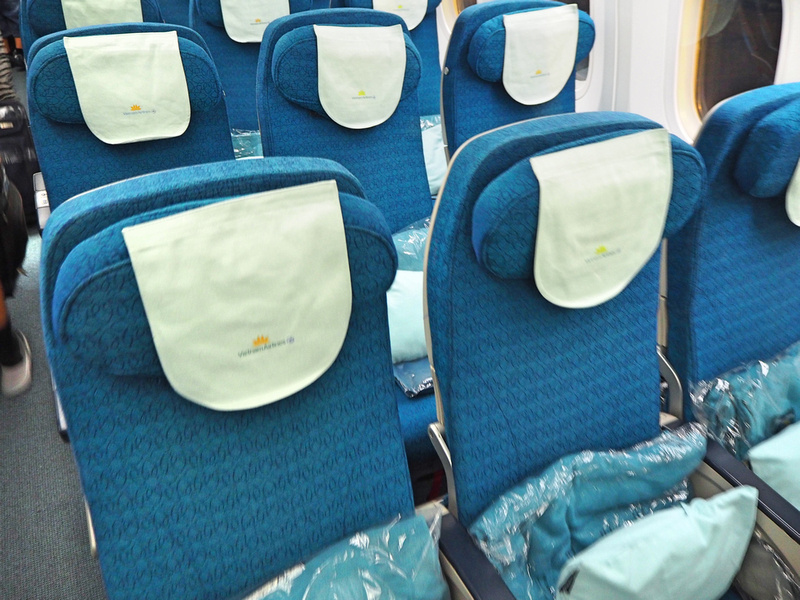 At least the legroom is generous for an economy seat. 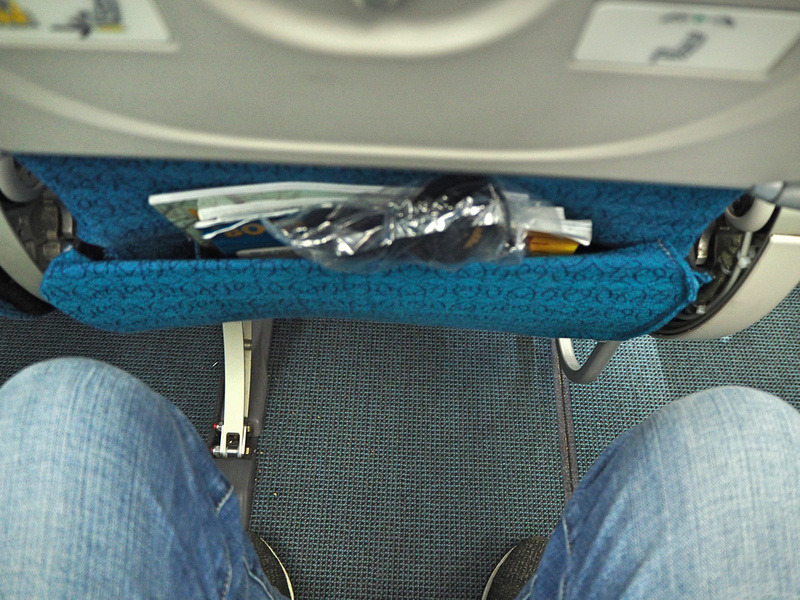 I still marvel at the size of the 787 windows. 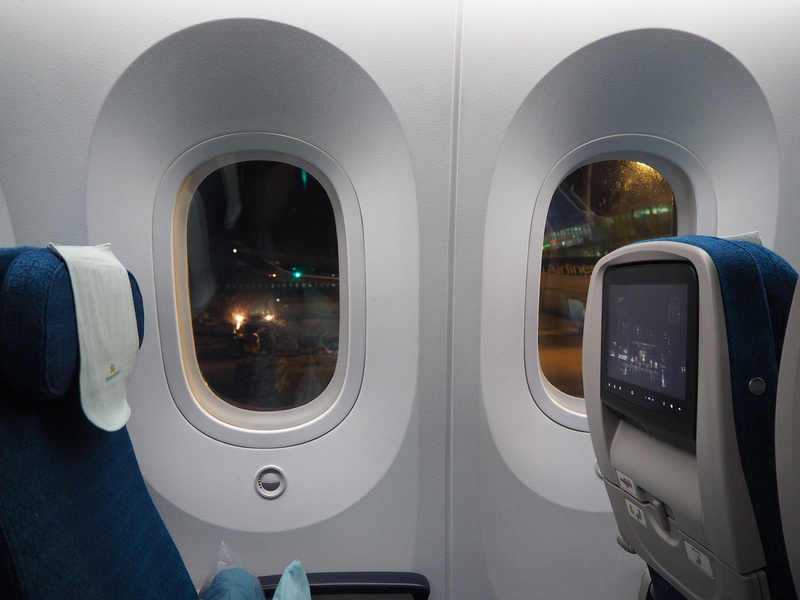 Each seat has its own inflight entertainment unit. 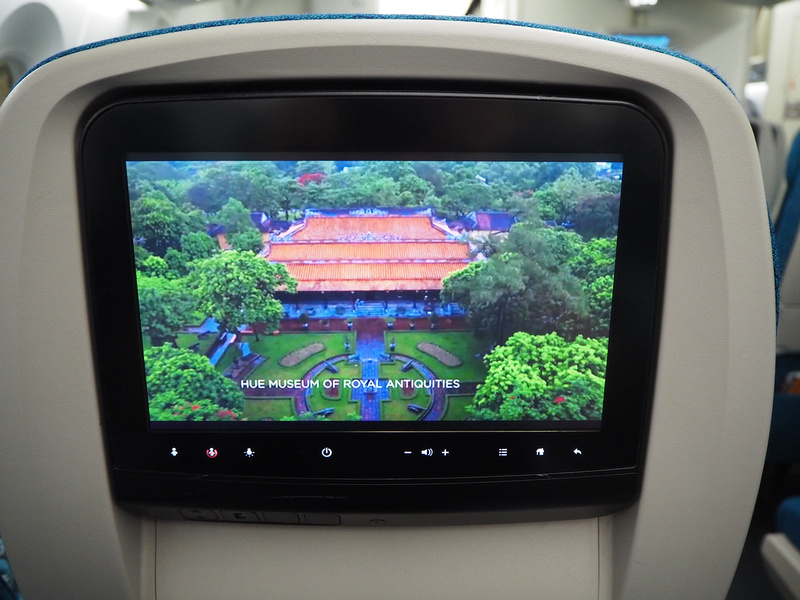 When I’m not watching a movie I have it set to show the flight path. 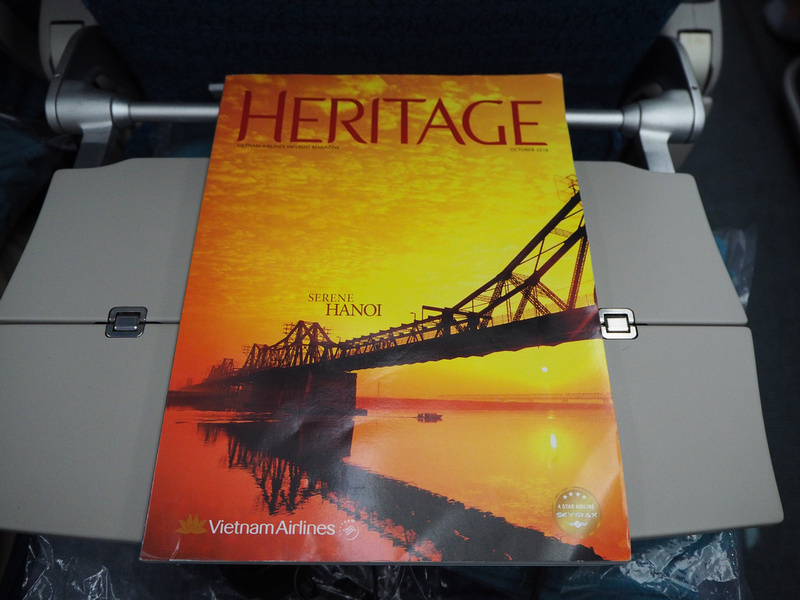 Checking out the route map is compulsory reading. 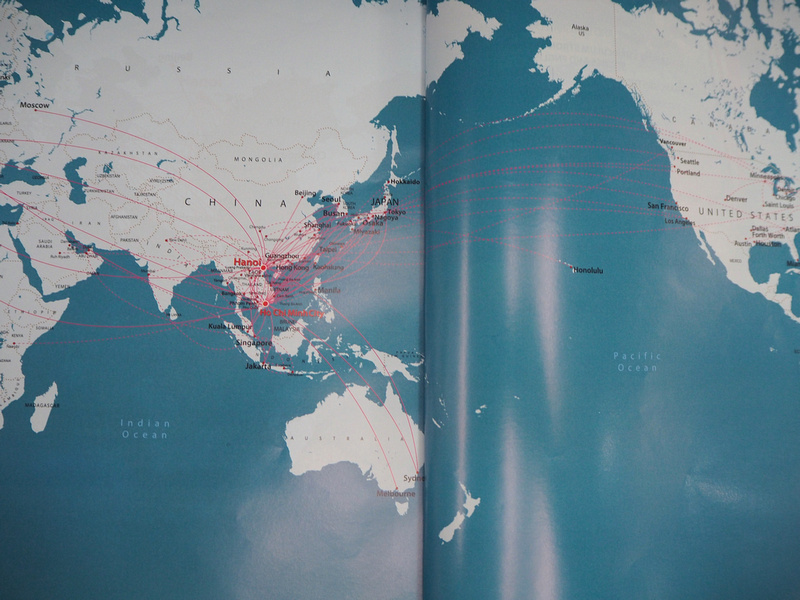 Not long after take off dinner is served. I got the Vietnamese-style pork and rice, with a side salad and a cake. 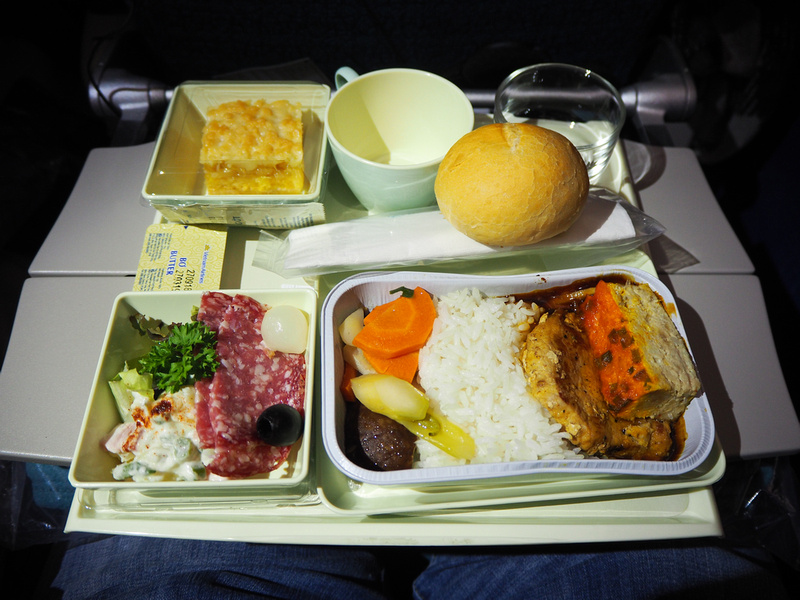 Before dinner is served I go through the inflight entertainment guide and pick out what movies I want to watch. I can’t seem to sleep on overnight flights, so I find it less stressful to resign myself to a movie marathon rather than trying to sleep. 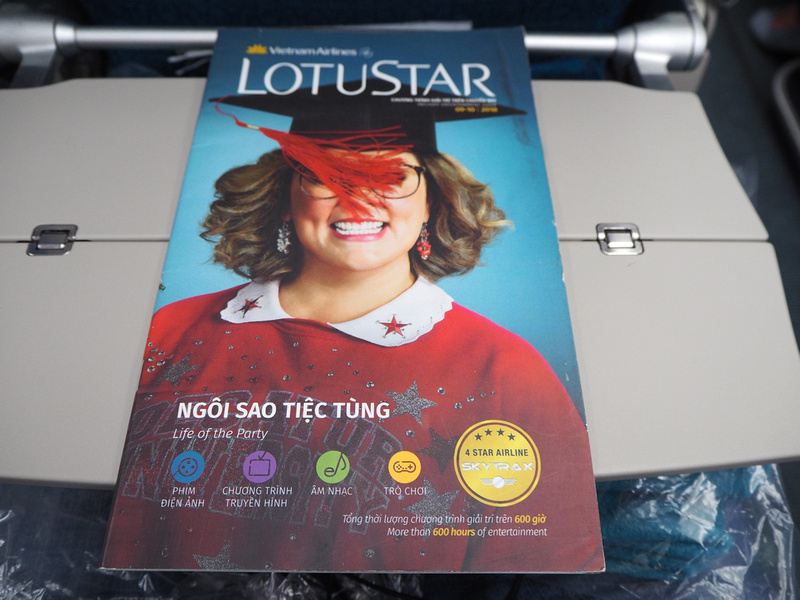 I ended up watching three movies (though I didn’t watch this Bitcoin movie). 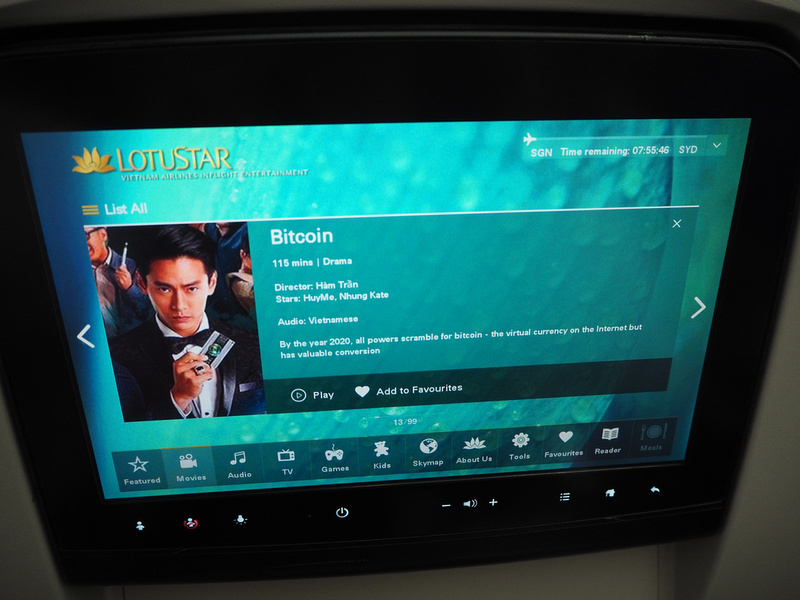 Two hours before arrival and breakfast is served. I got the western-style eggs and sausage. 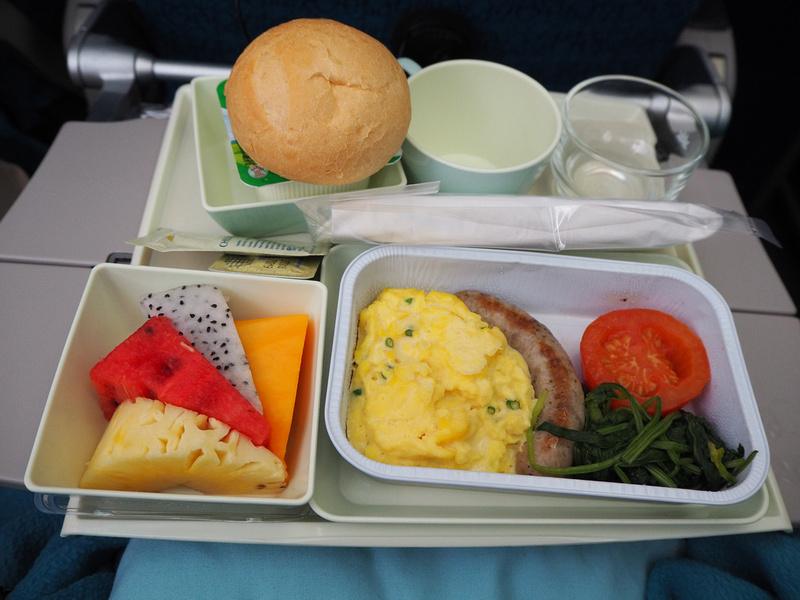 Our flight arrived in Sydney on time, and then I was on to my next flight. 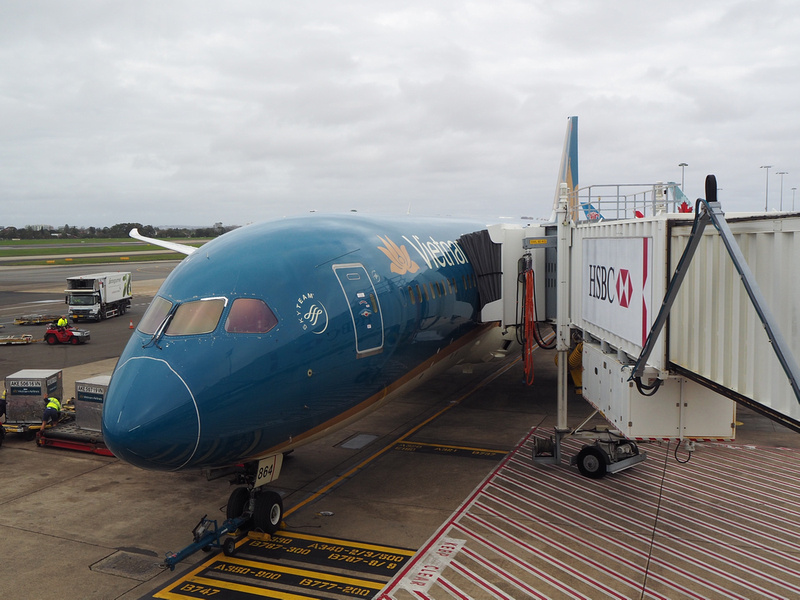 Overall this was a good flight option to travel from Ho Chi Minh City to Sydney.