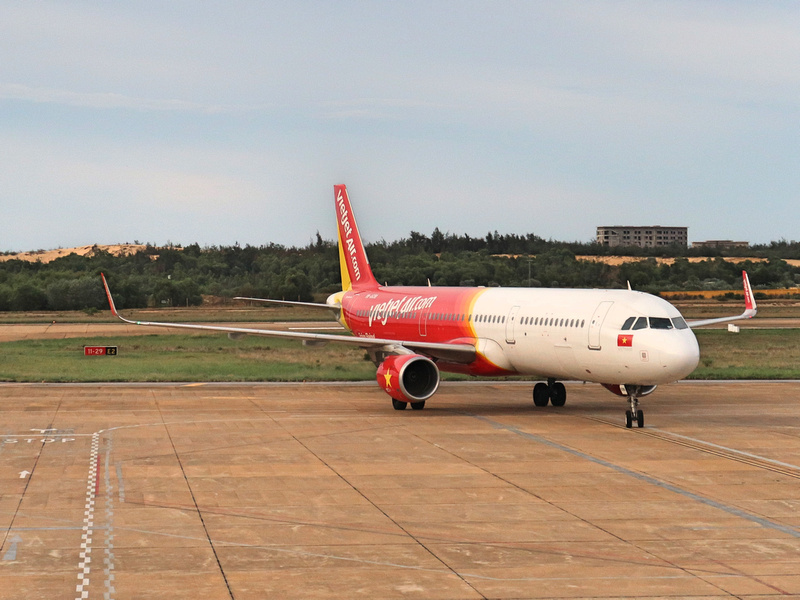 I flew with Vietjet Air from Dong Hoi to Ho Chi Minh City, and this is my flight review.

There are three airlines that fly this route, so I used Skyscanner to compare price and flight times. In the end VietJet Air had the right combination of price and time of day when compared to Vietnam Airlines and Jetstar Pacific. 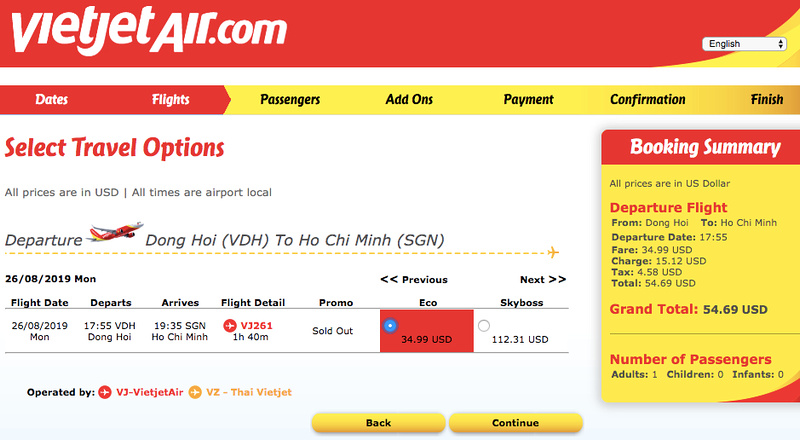 In the end my airfare worked out to $62.06 USD, which included a checked bag. 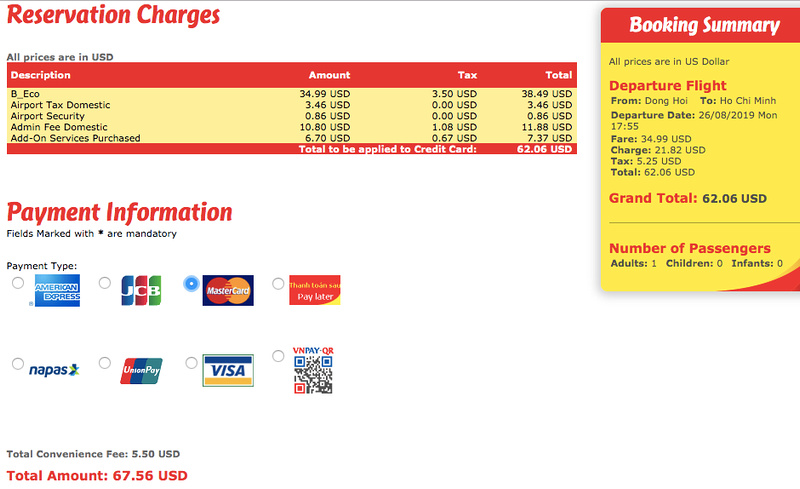 As a frequent traveller in Vietnam I’ve flown with VietJet many times now, with the last time being from Da Nang to Ho Chi Minh City. Dong Hoi reminds me of Danang before it started developing, and at the moment Dong Hoi is still a low-key destination. There are only domestic flights here, and the airport is small. 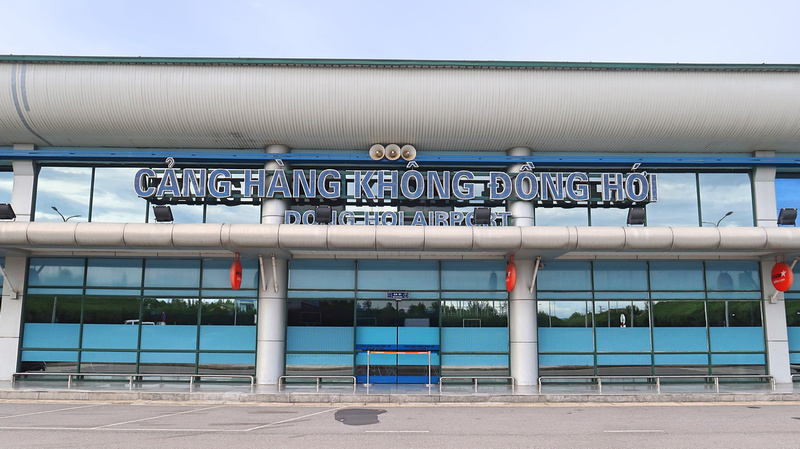 If you get here early there is not much to do, but there are some littles cafes in the departure hall. 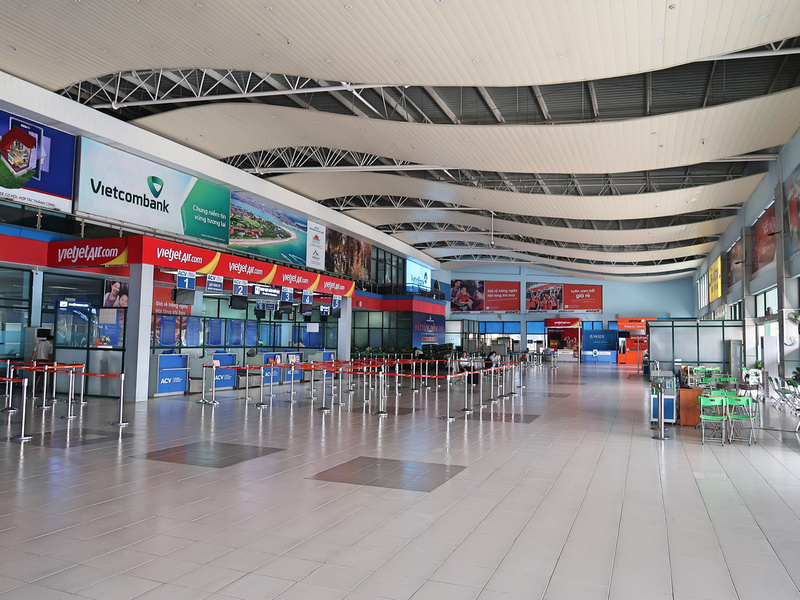 I get there early and was able to secure an exit row seat as a reward for my punctuality. 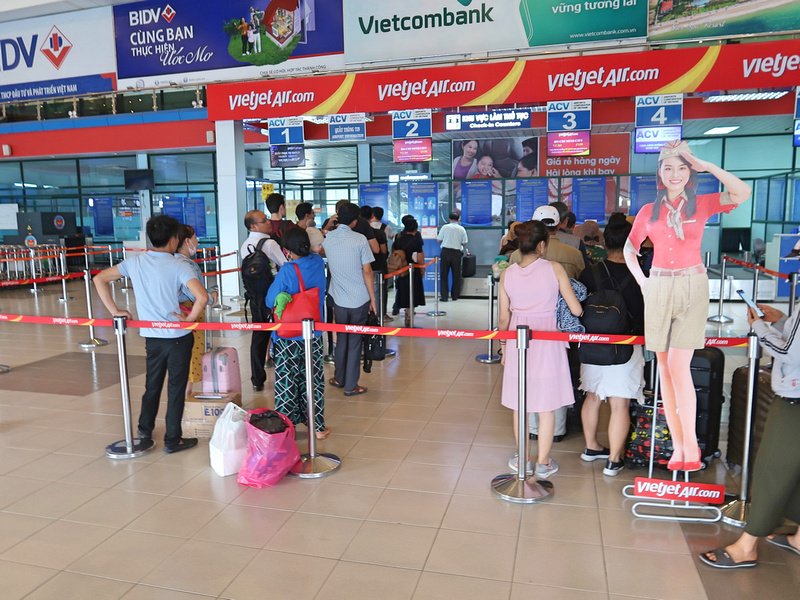 Even though my flight was in the afternoon, the departure board shows all of the flights for the day. I took this as a record of flights in 2019, as I think in a decade this will be a popular destination. 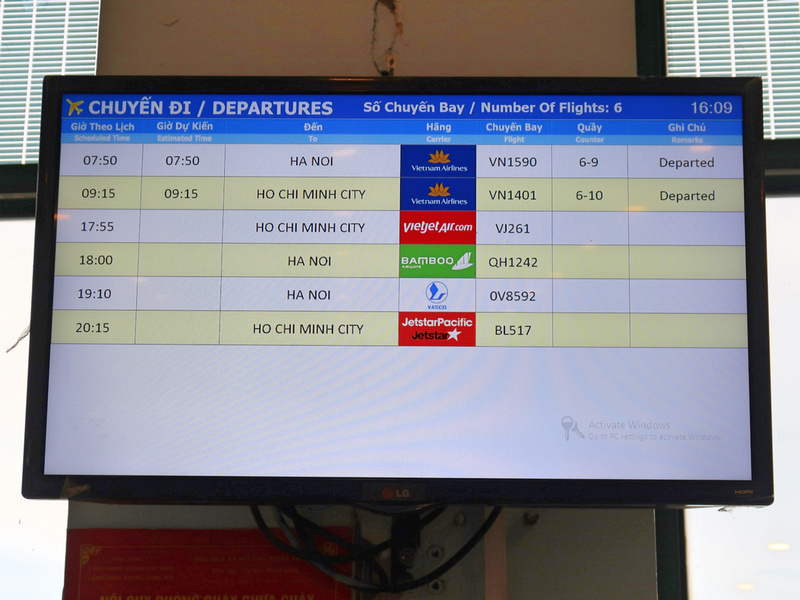 There are no air bridges at Dong Hoi so it is a short walk to the aircraft. 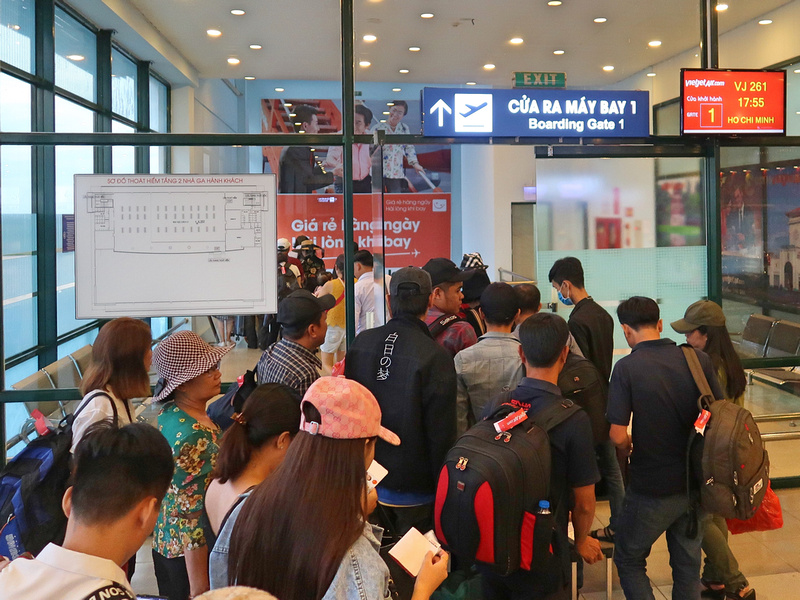 I actually like walking out on the tarmac, though that’s easy to say when it’s not raining. I prefer that to getting the bus to the plane. 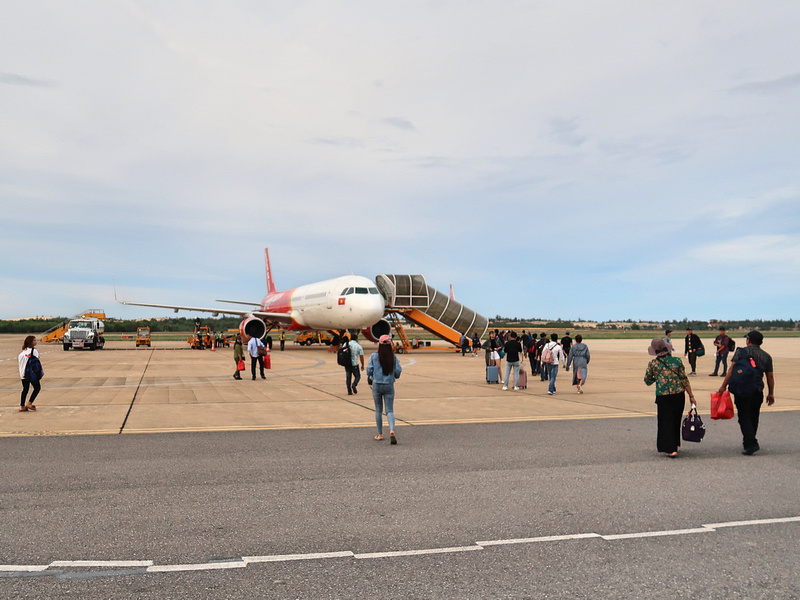 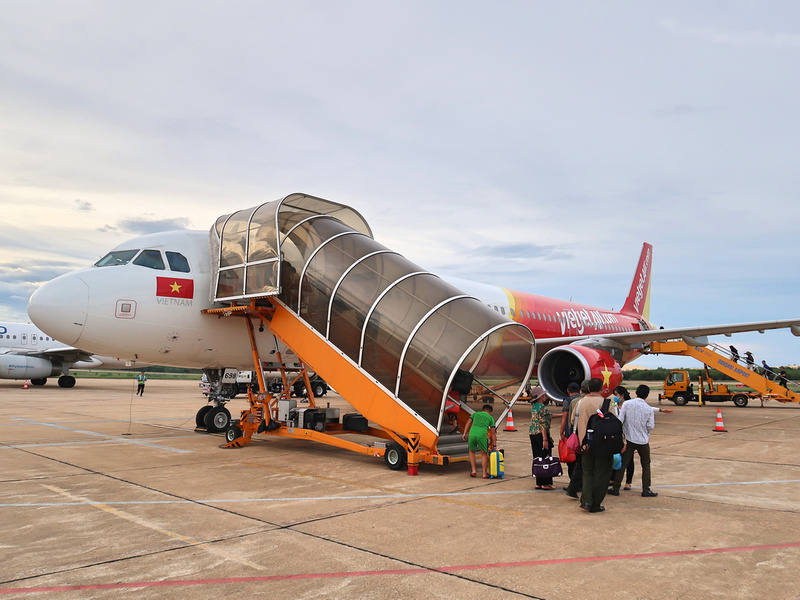 Once we were seated there was an announcement about the Macbook Pro ban due to fire threat. I don’t know how airlines are going to police this, as I can’t see people giving up their laptops once they are onboard. I have a Macbook Air so I didn’t have to ask myself what I would do in this situation.

As I mentioned I got an exit row seat, and I ended up getting what is the best seat in the house – exit row window with no seat in front of you. 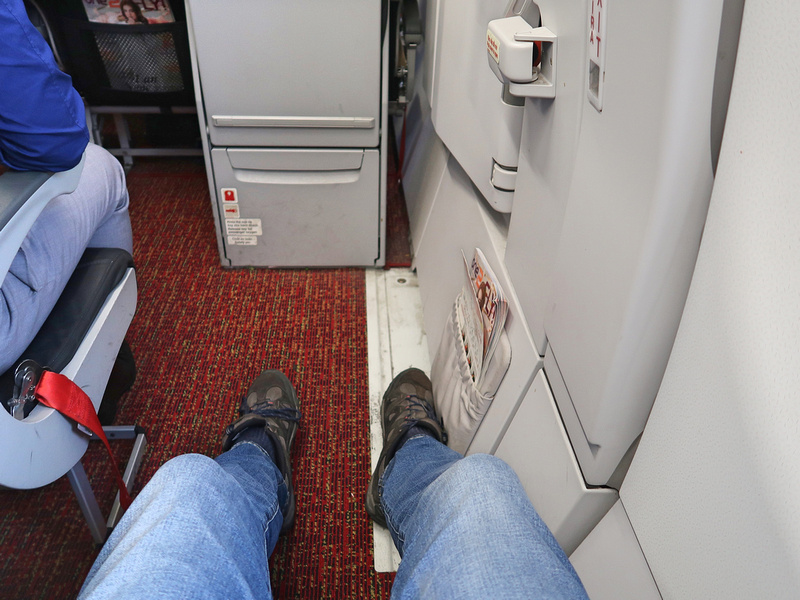 And I was lucky today as I had a clean window and was on the city side of the aircraft, so I got a spectacular overview of the city. This beachfront will eventually be lined with hotels and surely there will be international flights as well. I’ve made a list of future hotels in Dong Hoi. 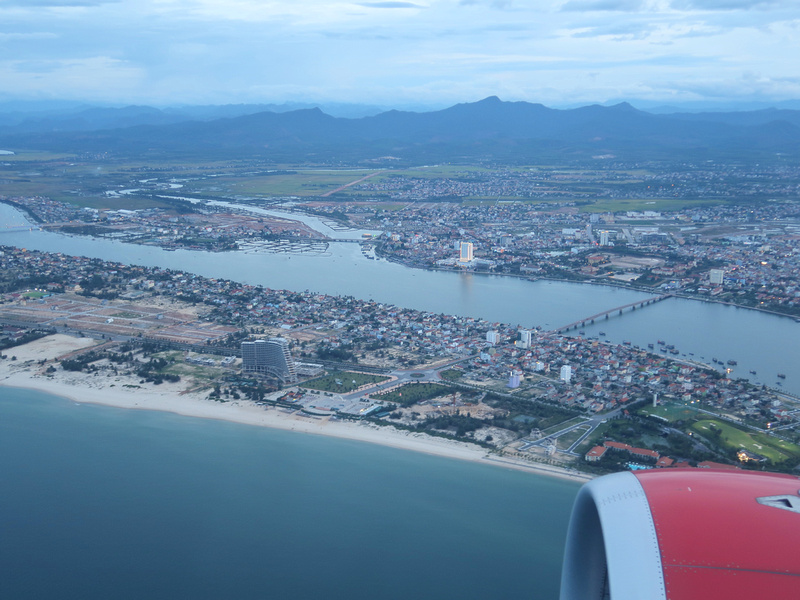 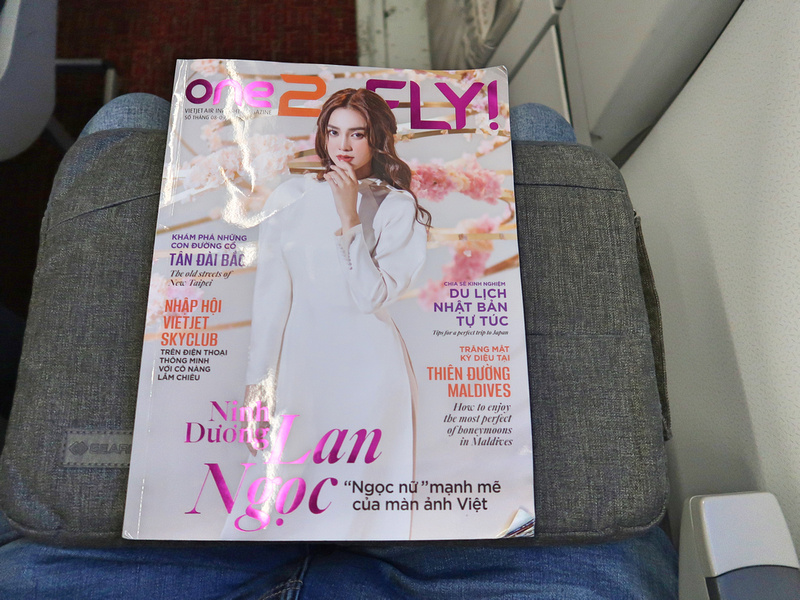 The routes that VietJet fly are shown as a boring list instead of a map. 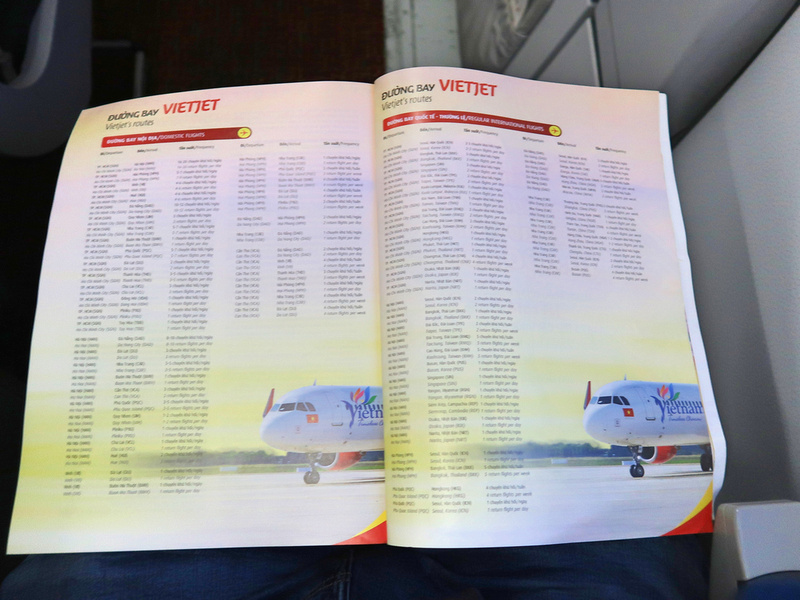 I always check the advertising for clues about future developments in Vietnam. This is a new city that is being built in the Mekong Delta. While I had the best seat for flying out (Seat F), I prefer Seat A when flying into Saigon so you can see the city. Even so, the lights of Greater Ho Chi Minh City look good at night. 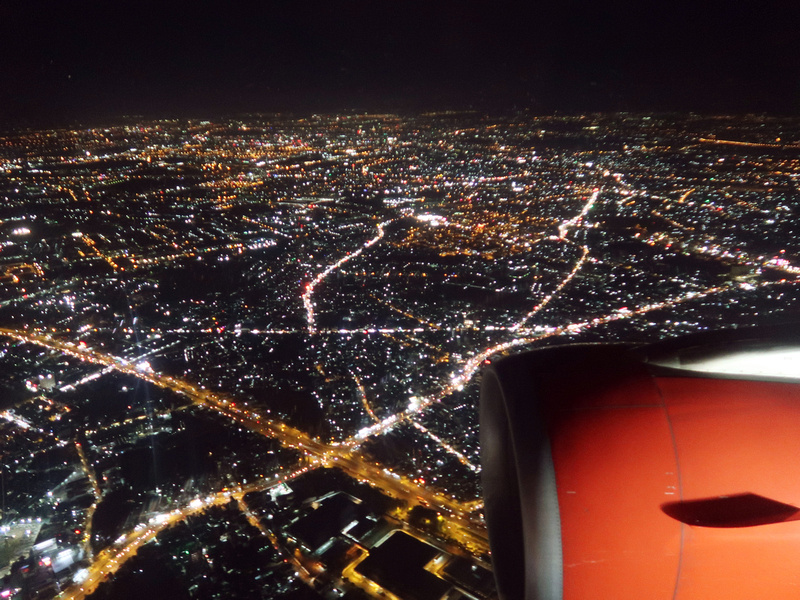 We arrived at Tan Son Nhat a bit behind schedule which is to be expected these days. Also to be expected is not having an airbridge due to an airport operating beyond its intended capacity. A new airport for Saigon is planned, but that is years away. 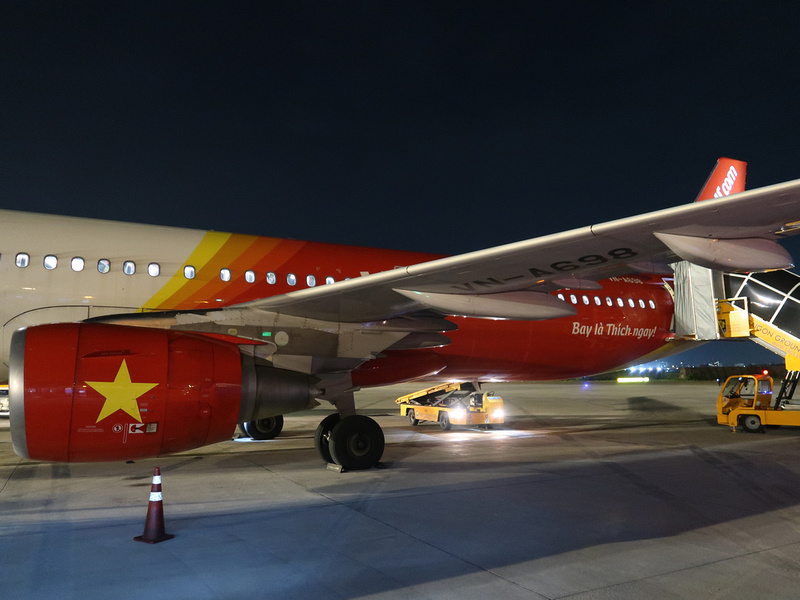 Overall this was a good flight option from Dong Hoi to Saigon.