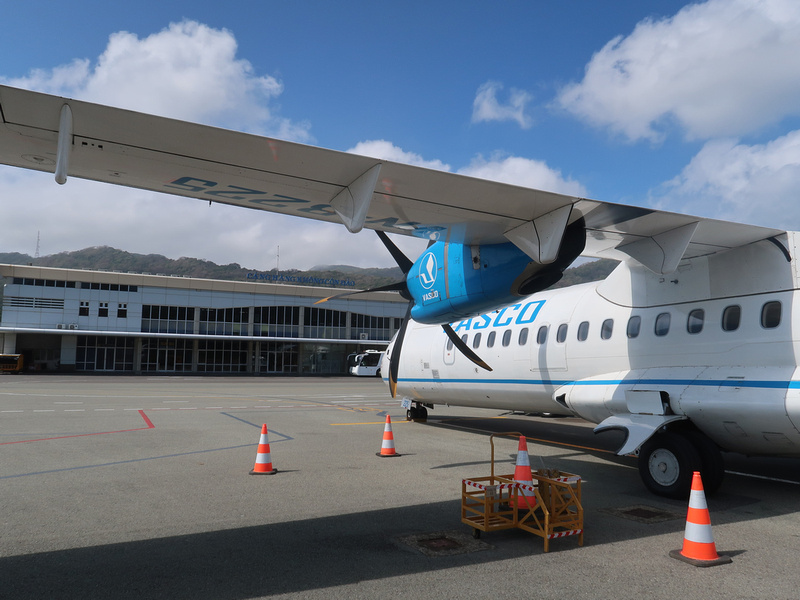 I flew with VASCO from Con Dao to Ho Chi Minh City. Currently VASCO are the only airline that flies this route, though I still checked flights on Skyscanner to research my options.

1,782,000 VND was the final price including a checked bag. This airfare was the most expensive domestic airfare I’ve bought in Vietnam. This would be considered a cheap flight in any other country, so I had to remind myself that when looking at the price. I have since looked at other dates, and I see there are cheaper flights on offer about 2 weeks in advance. These flights sell out fast though and I needed this date, so I didn’t mind paying. If you are looking to travel to Con Dao then perhaps within the 2-week planning range is the cheapest.

Even though I was flying on a small aircraft for a domestic flight, I still like to check-in early at the airport. I’m glad I did because one aisle was dedicated to checking in freight. Every spare bit of space on a ship or aircraft is dedicated to bringing supplies to the island, and it looked like seafood was being sent to the mainland in this case. 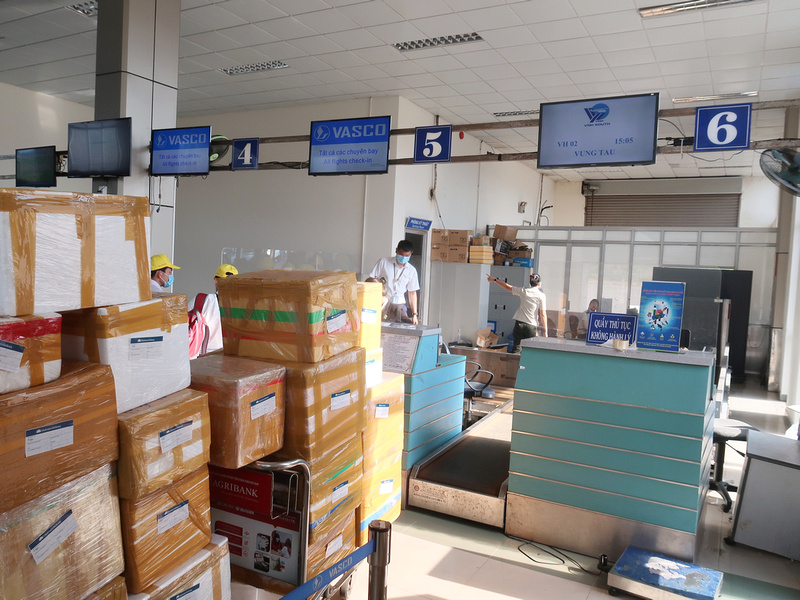 I had to fill out a health declaration form online before I could check-in as part of the ongoing war against COVID-19. Not long after I checked in a big tour group arrive, so I was glad to not be stuck behind that queue. 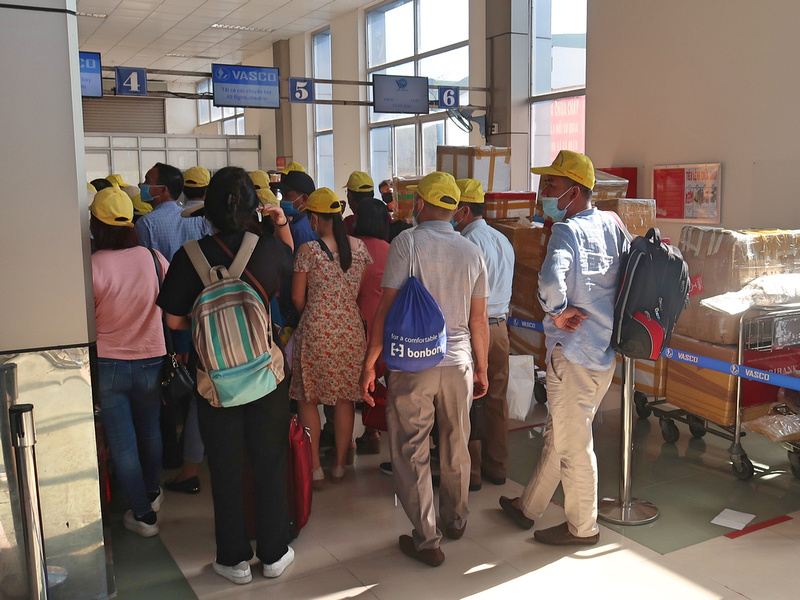 The aircraft for today’s flight arrived on time, and I was glad to see the aircraft in VASCO livery. I had flown VASCO to Ca Mau last month, which was the first time flying with the airline. That was a VASCO flight on a Vietnam Airlines aircraft, so it didn’t really feel like I was flying with VASCO. As someone who loves to fly, it’s always a special day when you fly a new airline for the first time, so today felt more like a “new airline day”. 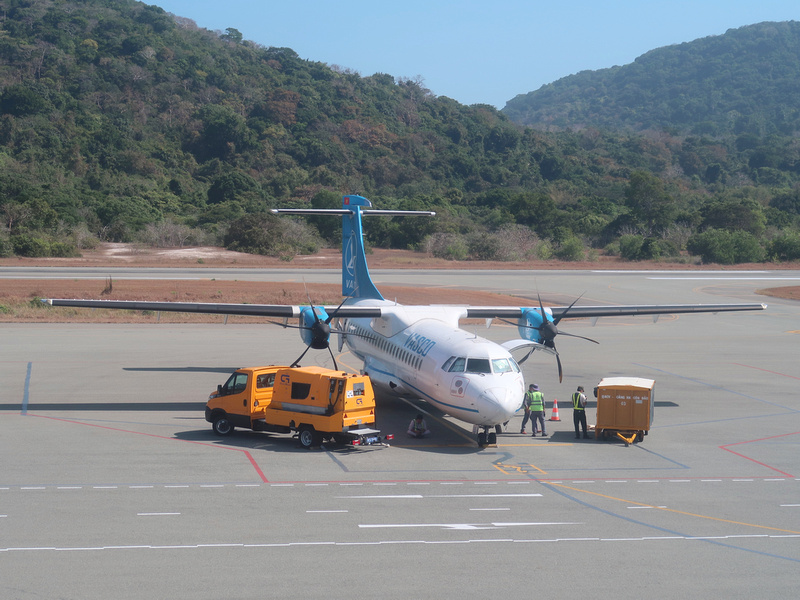 The VASCO logo with the blue to match the Southern Vietnam dry season skies. 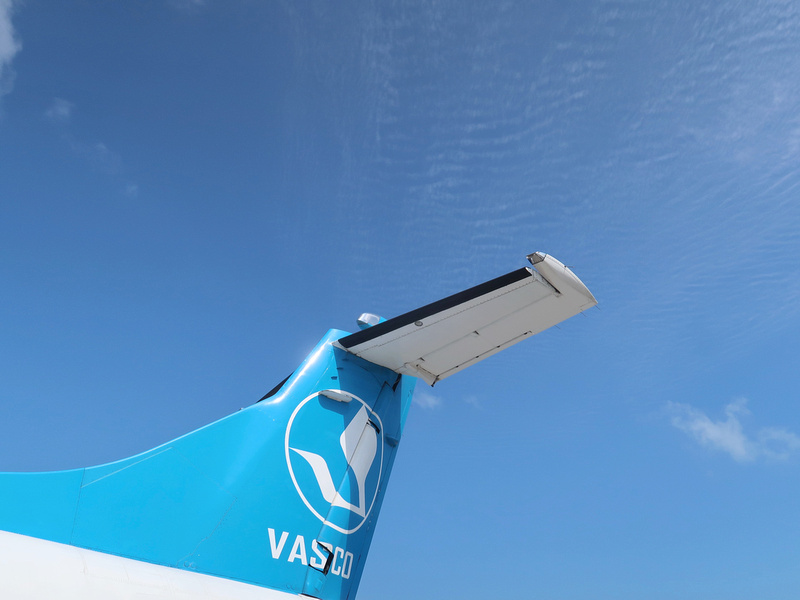 In addition to flying a new airline, it’s also a fun day to fly from a new airport for the first time. I arrived in Con Dao via ferry, so this was my first time at Con Dao Airport.

The take-off from Con Dao was from west to east, so if you want a view of the town then sit on the right side. I had an A-seat, but I had no complaints about the view. 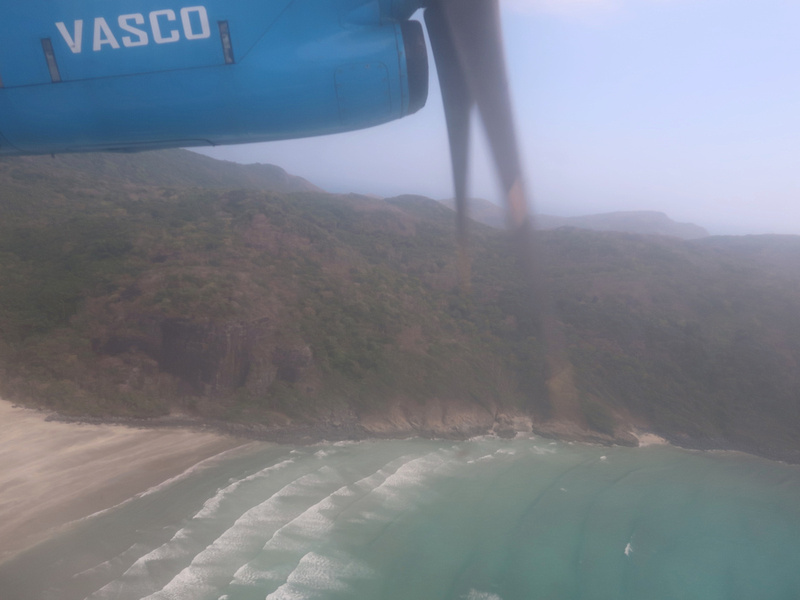 One complaint I do have though is how dirty the windows were. I could hardly get a clear shot from the grime on the outside of the window, and there always seem to be more scratches on ATR-72 aircraft windows. Or is this a turboprop problem, as the window on my last Bombardier Dash aircraft flight was dirty and scratched as well. 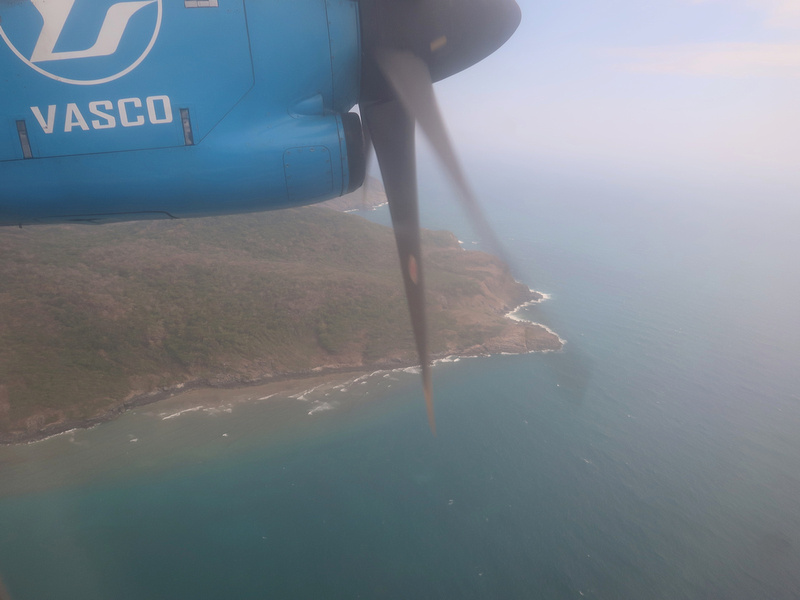 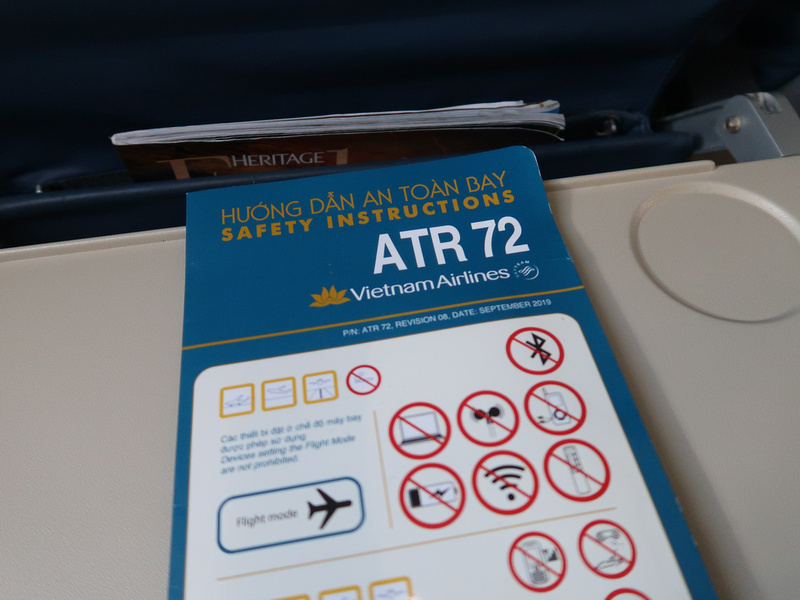 The inflight magazine is also from Vietnam Airlines. 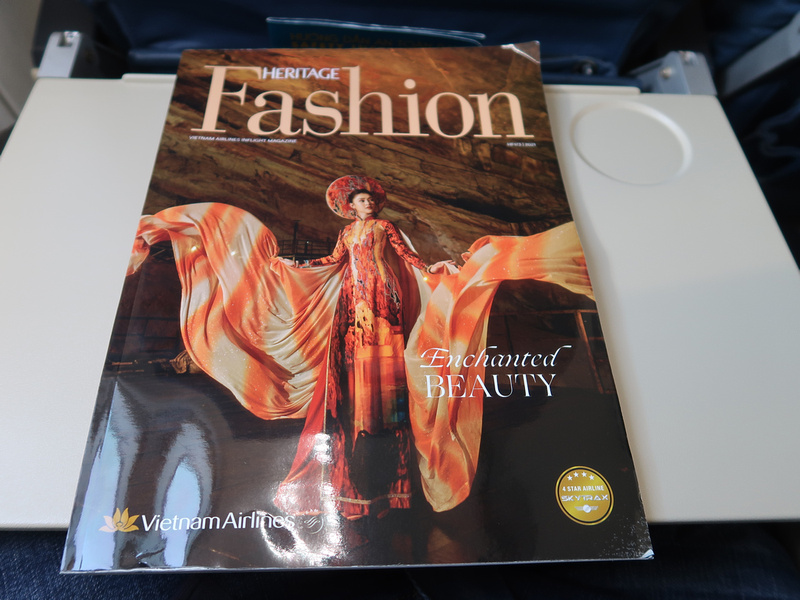 Free water and refreshing towelette are handed out during the flight. There is no food service on the flight. 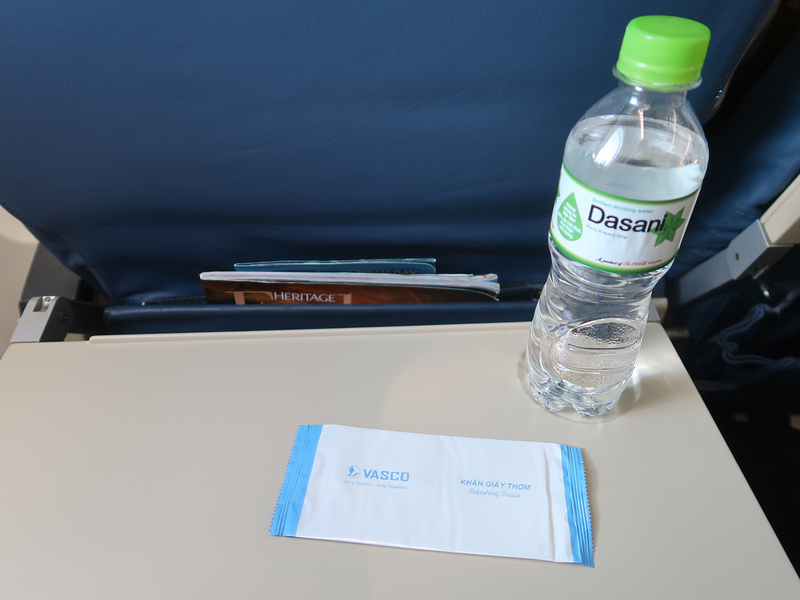 The flight was almost full, so it was most likely booked out if accounting for no-shows. Last minute flights are expensive as well, so plan in advance your Con Dao adventure. 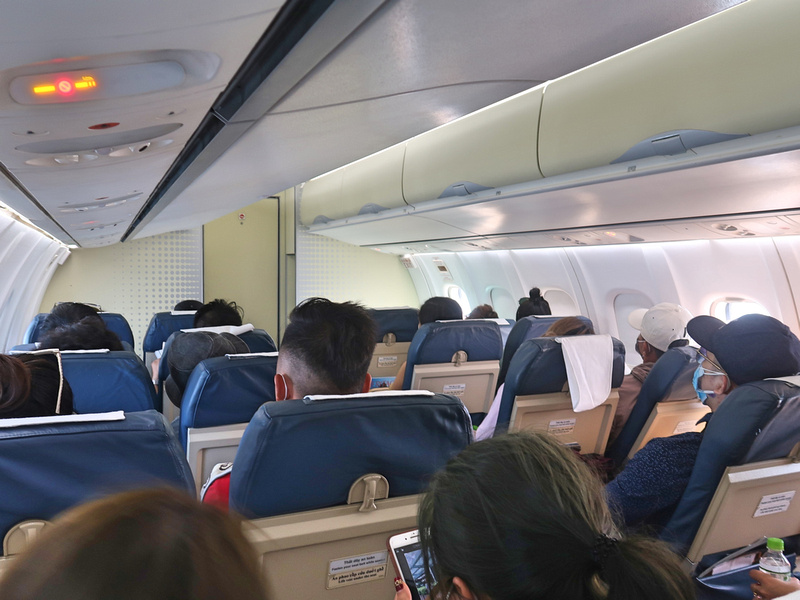 The A-side window seat gives you the best view of Ho Chi Minh City when landing. 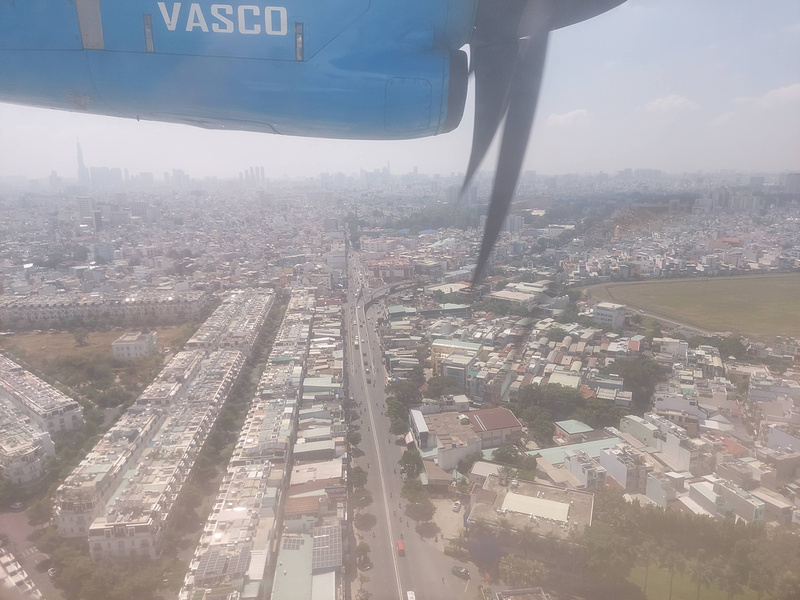 We arrived on time at Tan Son Nhat. 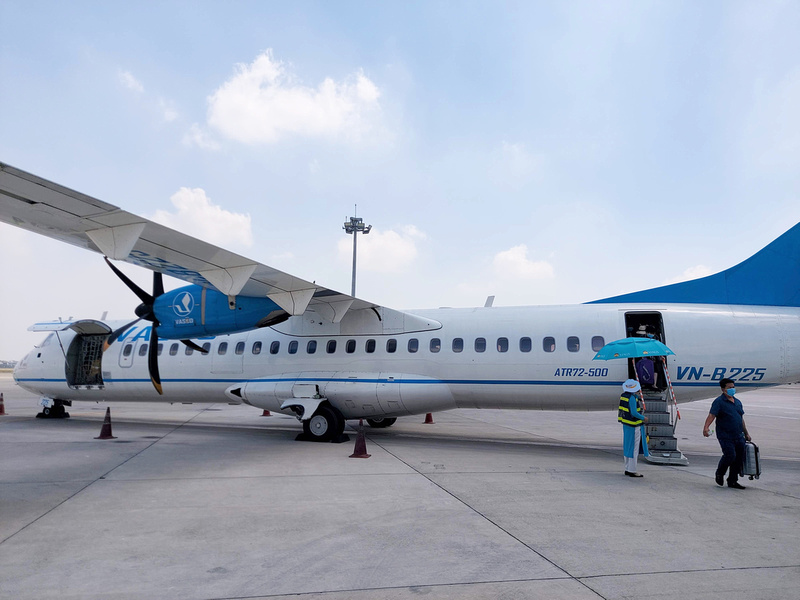 No airbridges for small aircraft, so we were bussed to the terminal. 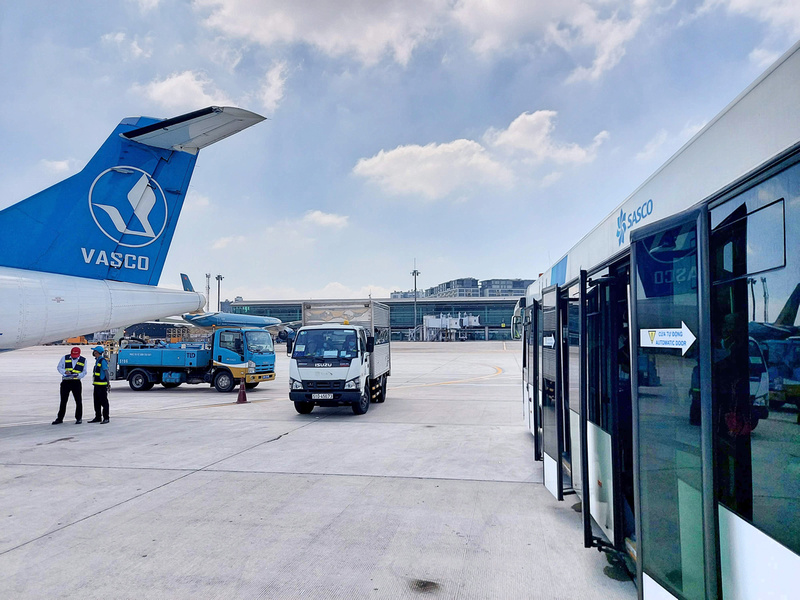 Overall this single flight option for travel between Con Dao and Ho Chi Minh City was a good experience.