“I lost 16 members of my family in the Tsunami”.

When I arrived in Banda Aceh I wondered if people would be receptive to discussing the tsunami. I needn’t have worried as my taxi guide started telling me his experience as soon as we left the airport.

He was at the airport when the tsunami struck, which is miles inland and high enough above sea level. He lived with his family on the coast, so they never had a chance of survival. Their bodies may have been washed out to sea, or inland. Most survivors would never find out the fate of their loved ones as the dead were quickly buried in one of the mass graves around the city (the biggest of which has over 40,000 bodies).

As he told his tsunami story I thought how could you ever get over such a disaster. I was glad I left my sunglasses on while he was recounting his story.

The Tsunami haunts this city. Banda Aceh was the closest big city to the epicentre of the Indian Ocean earthquake that set off the Boxing Day tsunami of 2004. With 167,000 people dead or missing, everyone has a tsunami tale to tell.

For a city that had 60% of its buildings destroyed by the earthquake and tsunami there is little evidence that would hint of the devastation. Driving into the centre of town I was shown where the water reached and where the new parts of town begin. I would not have known otherwise.

Around the city there are a number of tsunami monuments that can be found without a guide. 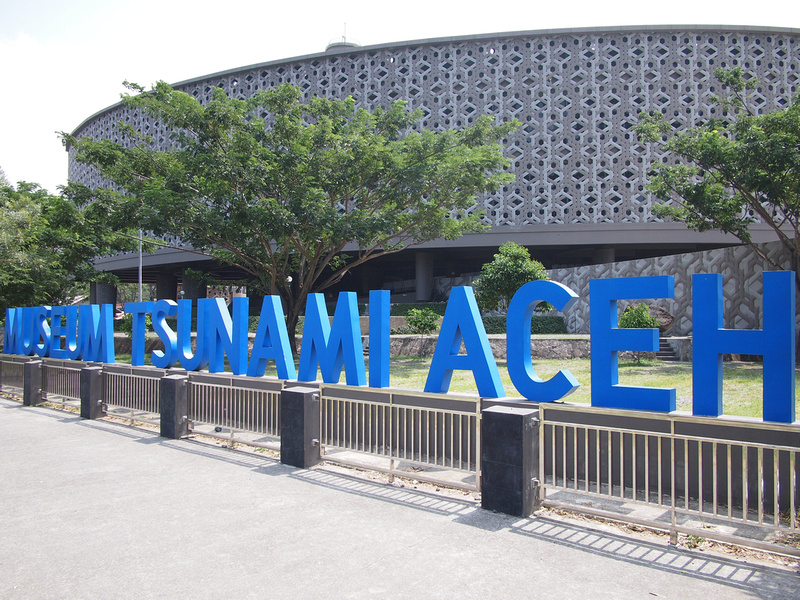 The Aceh Tsunami Museum is designed to resemble a tidal wave from above. It also serves a functional purpose as a tsunami shelter should the city be so misfortunate again.

Upon entry to the museum you walk through a darkened hallway along a gangway. The high walls have water washing down the sides and the hallway is so narrow you can feel the spray, while dripping water echoes below. It’s unnerving.

In the museum there are photo galleries of the destruction of the city as well mangled up items salvaged from debris. 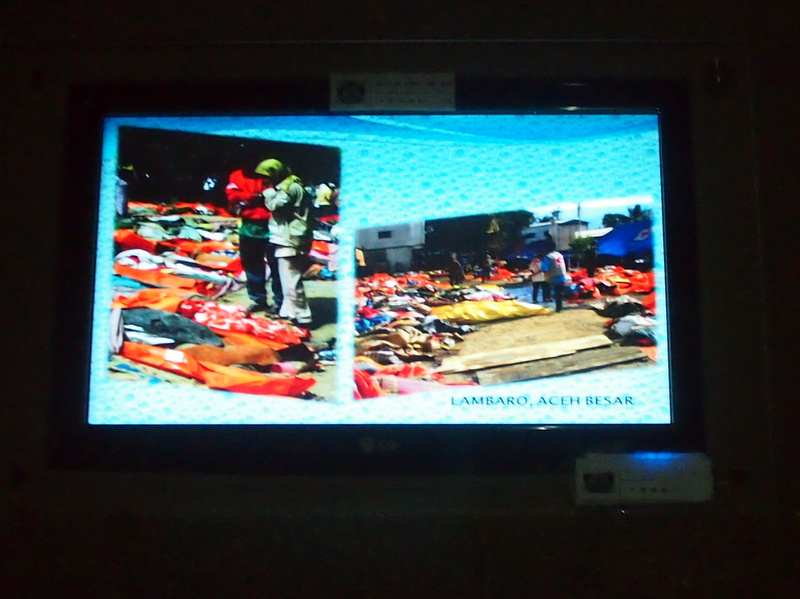 There are video rooms and geological interactive displays explaining the nature of earthquakes, volcanos, and tsunamis. 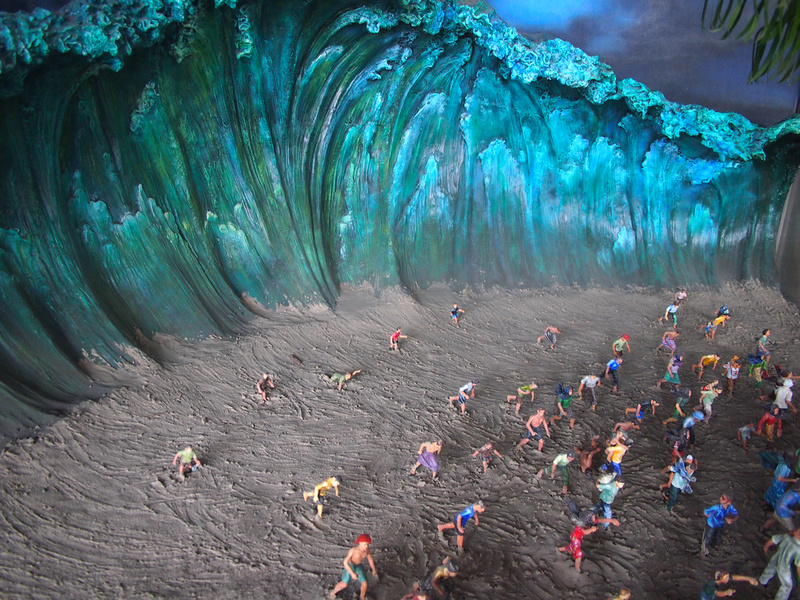 Across the road from the museum is the padang (field) which has a very literal tsunami monument. 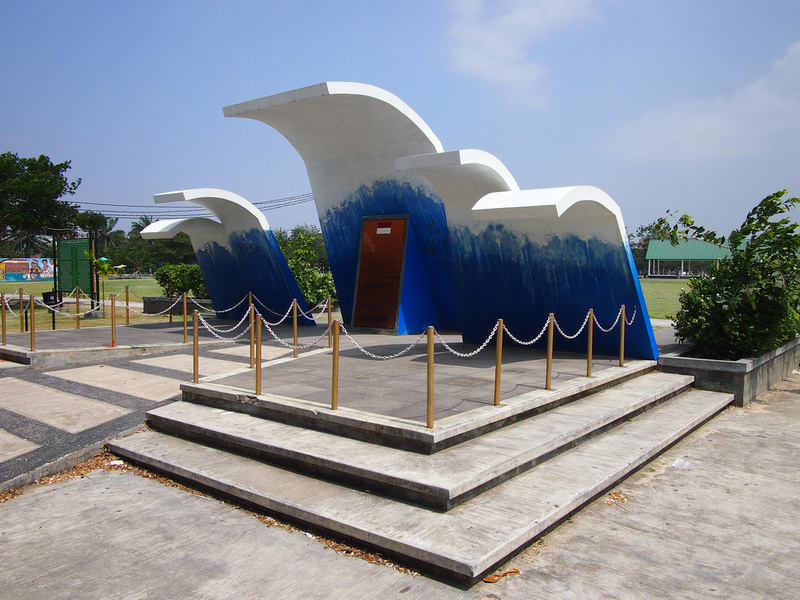 Tiles around the monument highlight the chilling statistics. 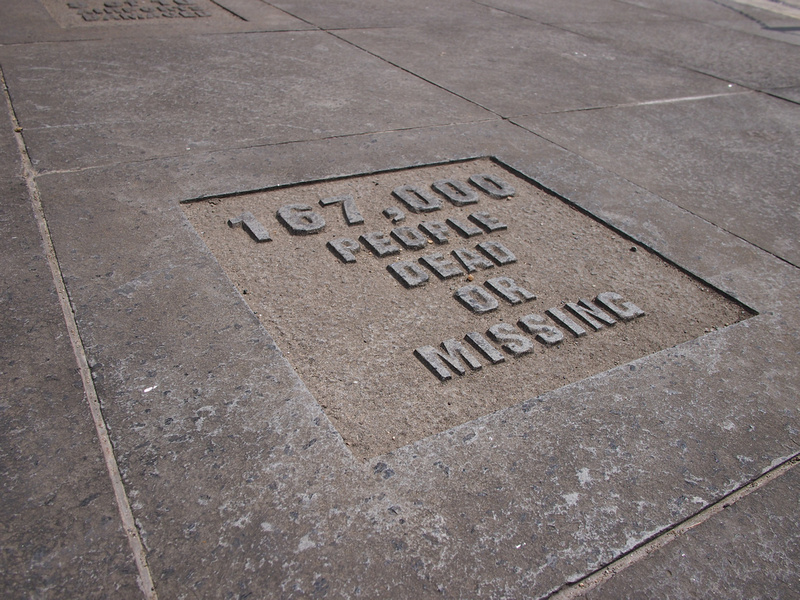 Around the field there are monuments dedicated to every country that provided aid to the city. 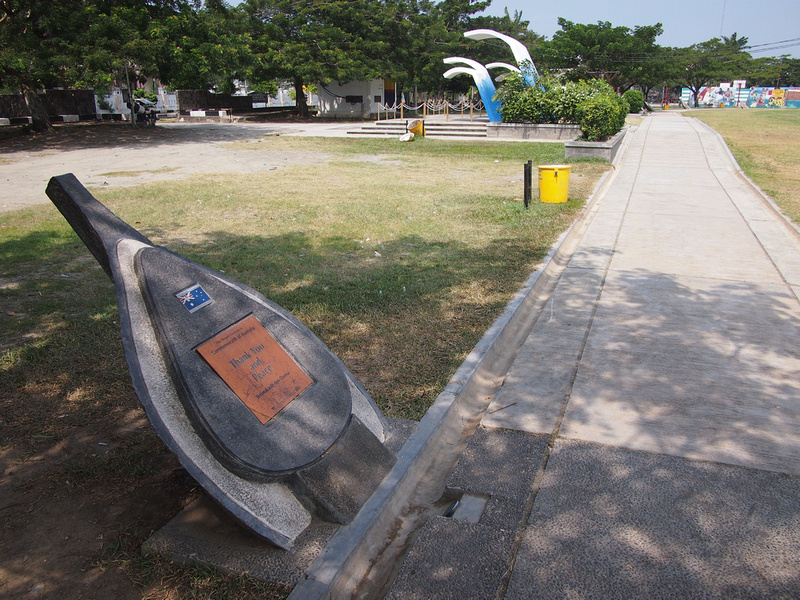 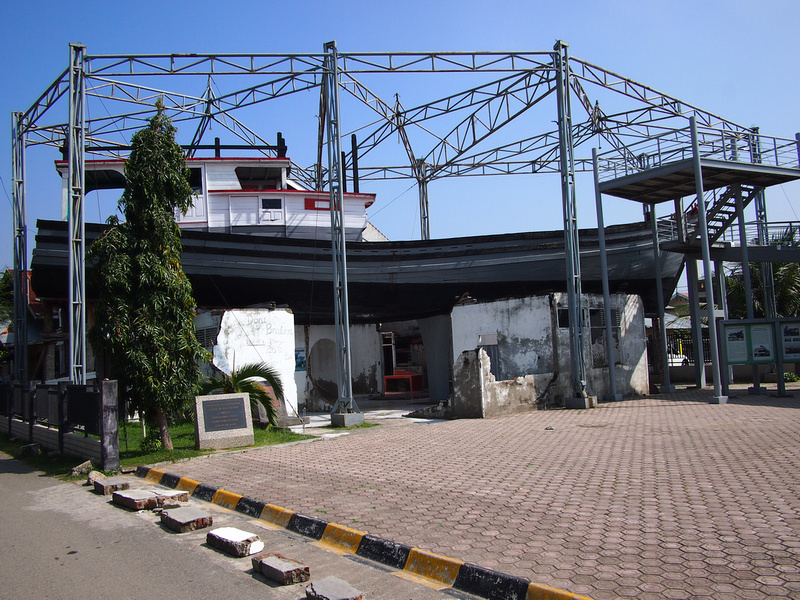 The fishing boat that rested on a house has become an iconic image of the tsunami in Banda Aceh. 59 people rode this boat to safety until it eventually lodged on top of a residential home. And as if the earthquake and tsunami wasn’t enough drama, they were stuck in the boat while crocodiles were swimming in the surrounding water. 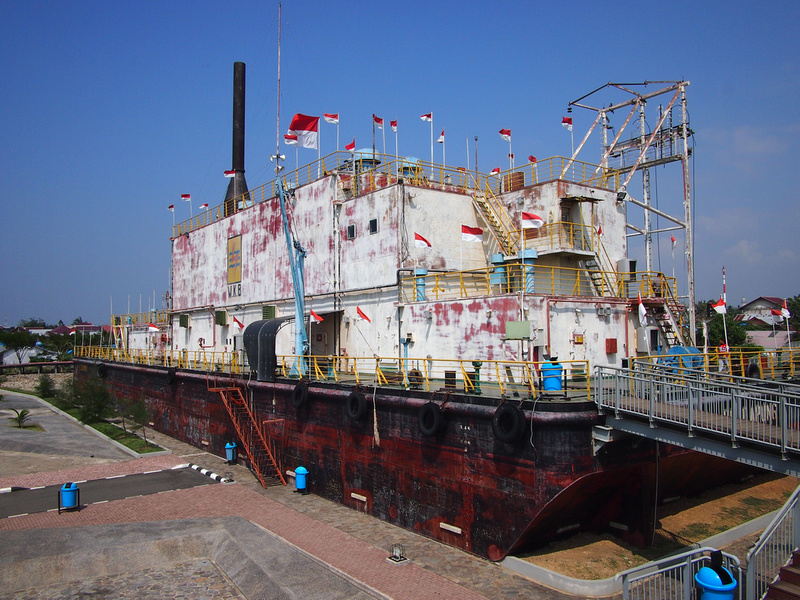 This electricity barge was washed 5km inland to its final resting place in the suburbs of Banda Aceh. You can climb to the top of the ship and see the coast in the distance. 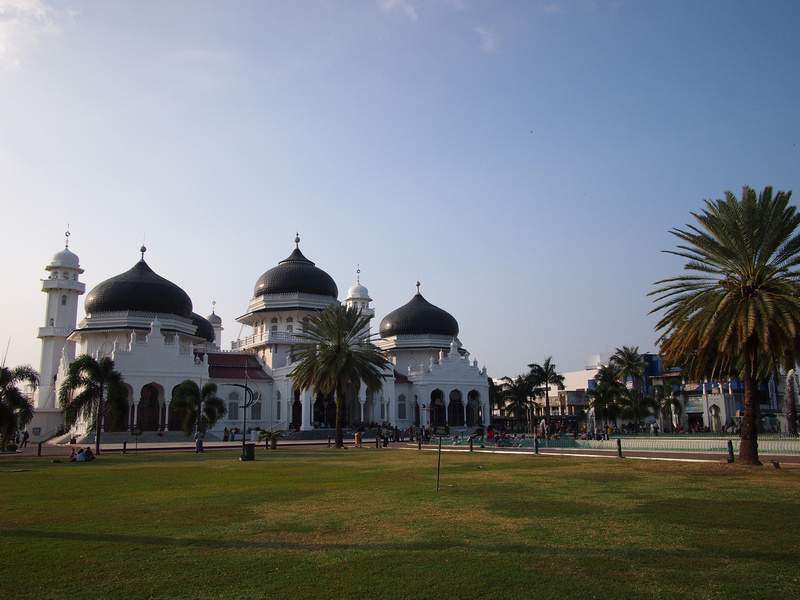 The Grand Mosque is most famous landmark in Aceh. It was the only building left standing after the great wave receded.