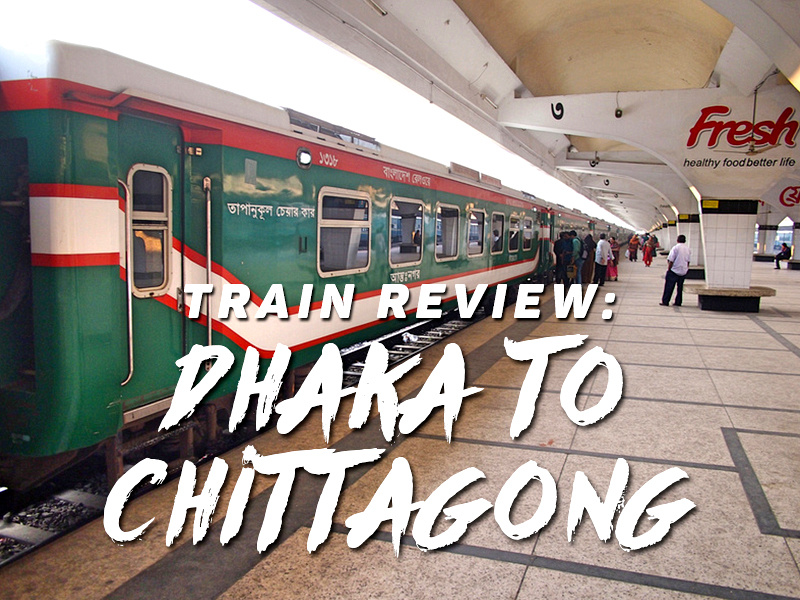 Dhaka and Chittagong are the two biggest cities in Bangladesh, and there are several trains a day connecting the cities. It’s a far better option than the bus, so plan ahead if you are travelling between the two.

I was originally looking for an agent to buy a ticket for me but my hotel was of little assistance, and I didn’t see any travel agents in my wanders. You can buy tickets online if you have a local mobile phone number. I had opted not to get a sim card as I wanted to go offline for a while. If I had known about this I would have got a sim card. 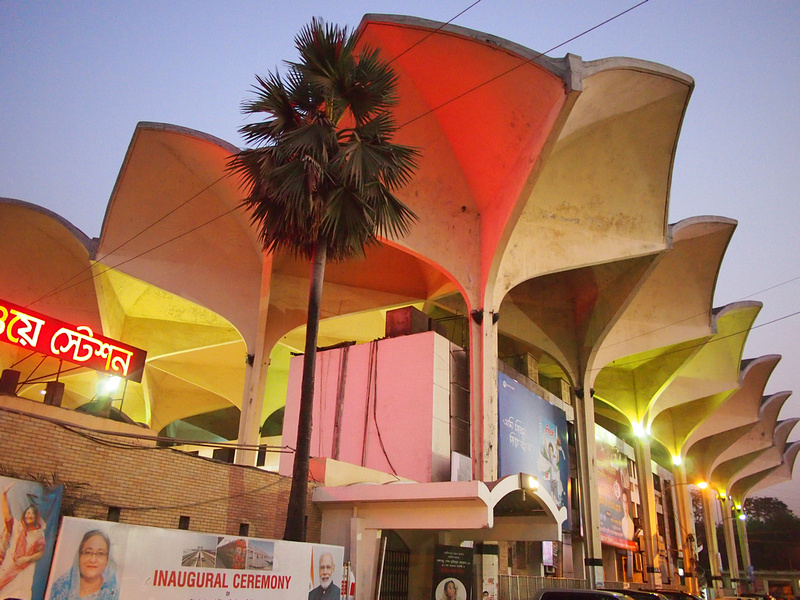 I went old-school and lined up for a ticket myself. I went two days before as I read the train sells out in advance. I waited 45 minutes in the queue to get a ticket. The ticket agent didn’t speak English but I had the train number and date of travel written down in anticipation. The daily train details are written on a big board in the ticket hall. 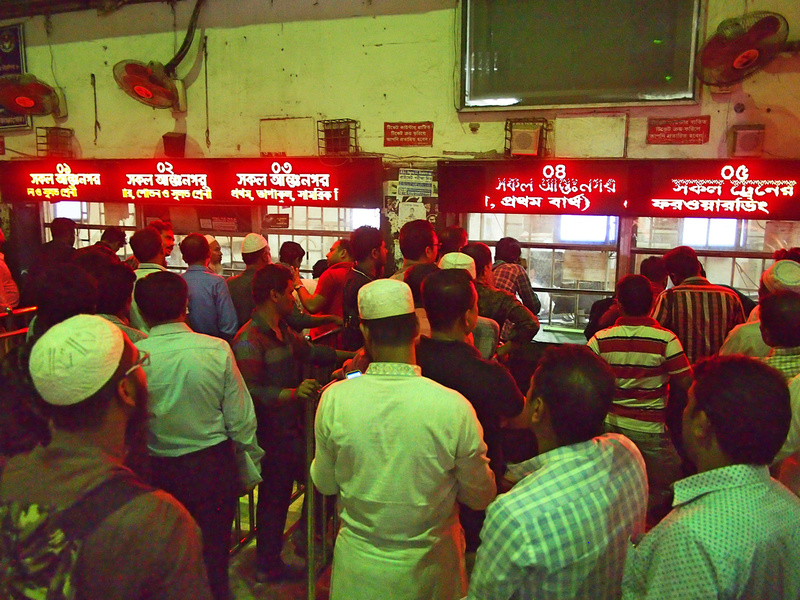 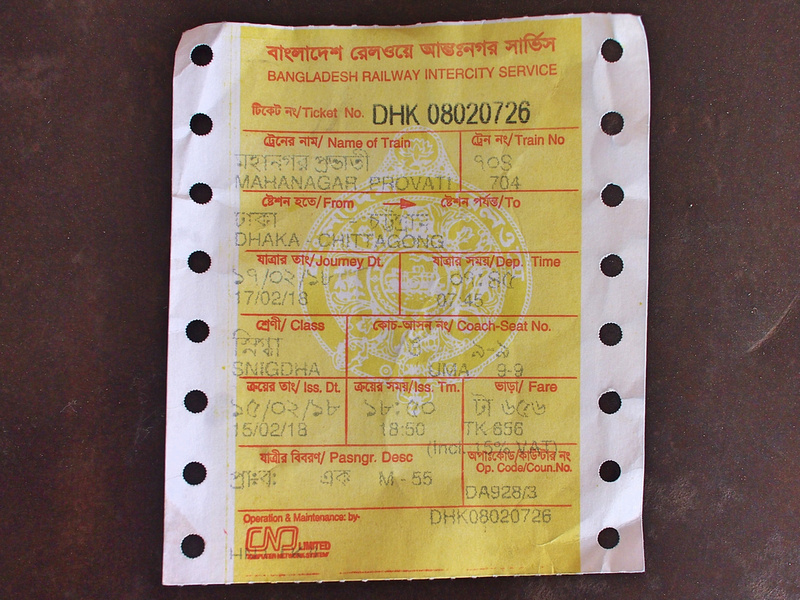 I arrived early to get something to eat and make sure my I got the right train. 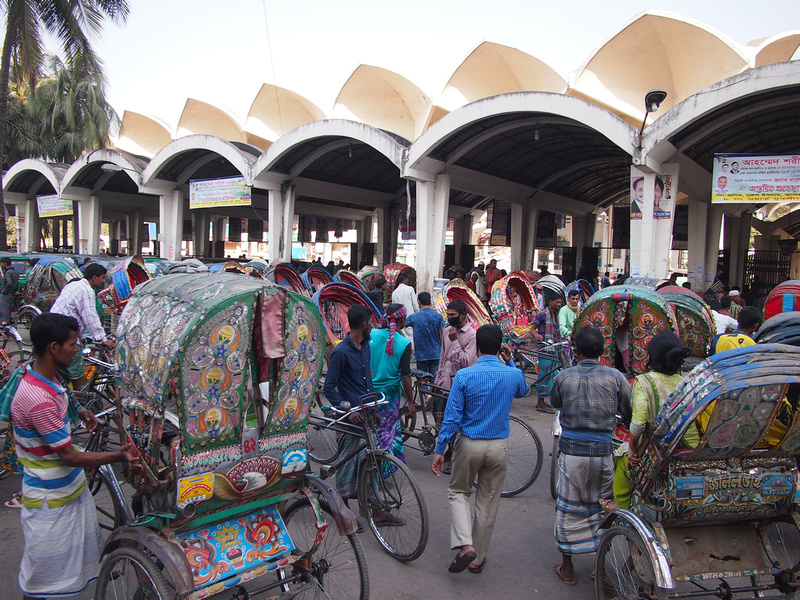 One thing I didn’t count on was that the platform information had the train numbers in Bengali numerals. I didn’t even know that was a thing, so I stood at the platform entrance trying to decipher which train was mine. 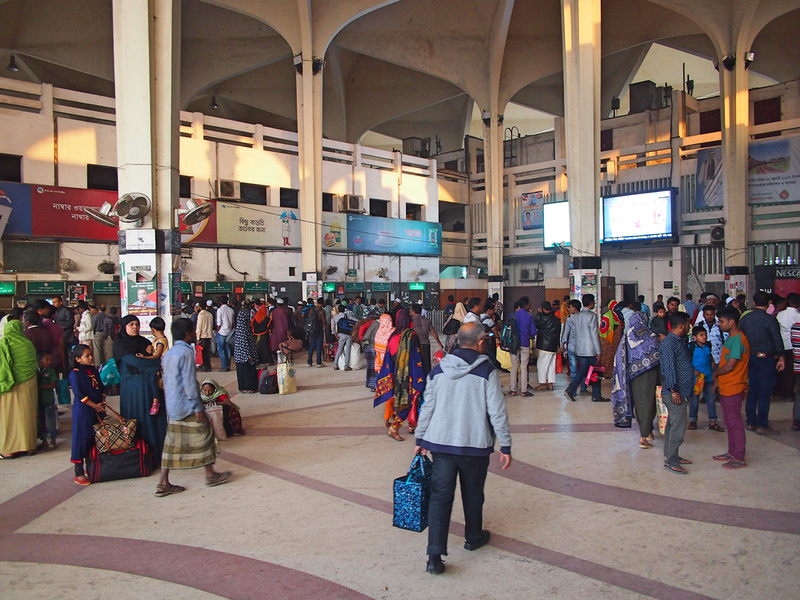 As it turns out I was the only foreigner at the station so I was standing out like a sore thumb. A young man saw me looking lost and came to my assistance. He had studied in Australia so he was just as pleased to see me as I was of him. He walked me to my train and found the right carriage. 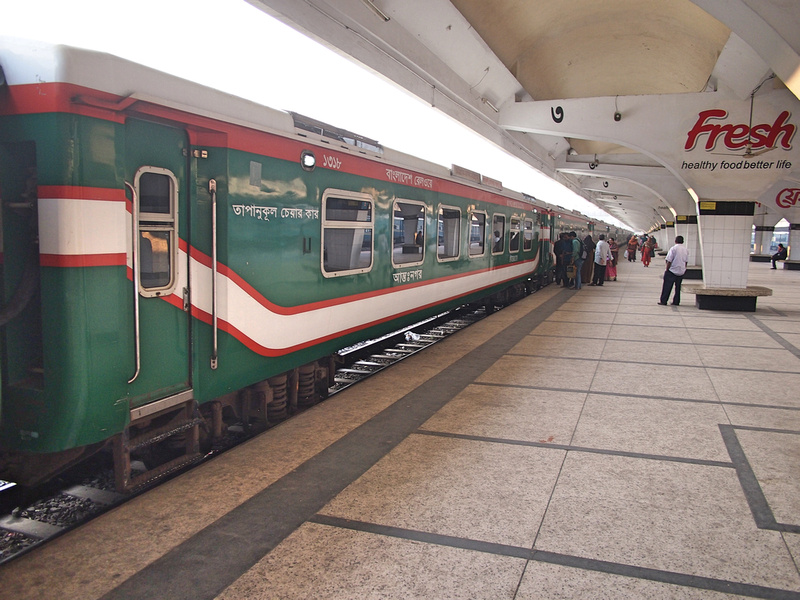 The train departed on time so that was a good start. Travelling through the urban heart of Dhaka is a sight in itself, with markets and slums built right up along the train line.

Once the train had got out of Dhaka a man came through serving breakfast boxes. I wasn’t sure if this was part of the ticket (as it is on some trains in India and Thailand). I took a box anyway just to see. The box had a fried skinny chicken leg, a Bengali spiced vegetable cake, and two pieces of plain white bread. 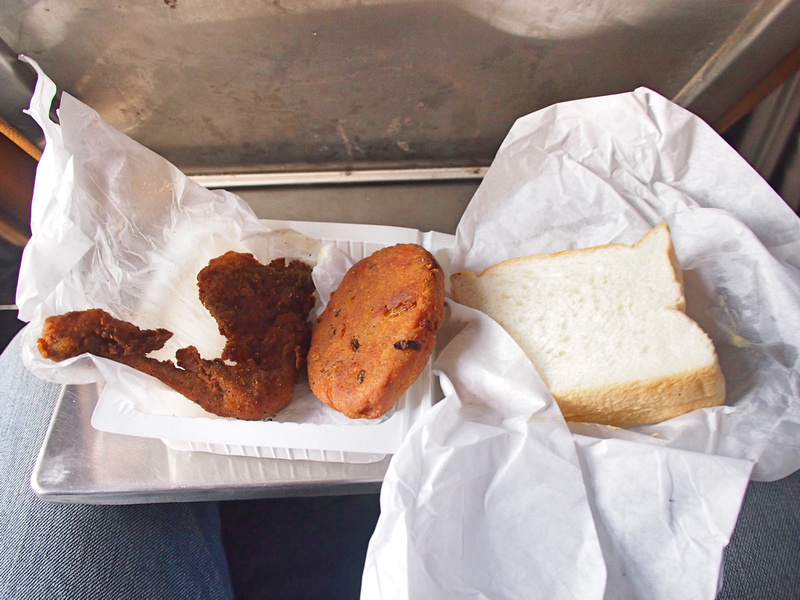 A tea and coffee service also comes through, which is an amazing sight to watch as the drinks are served in crockery. 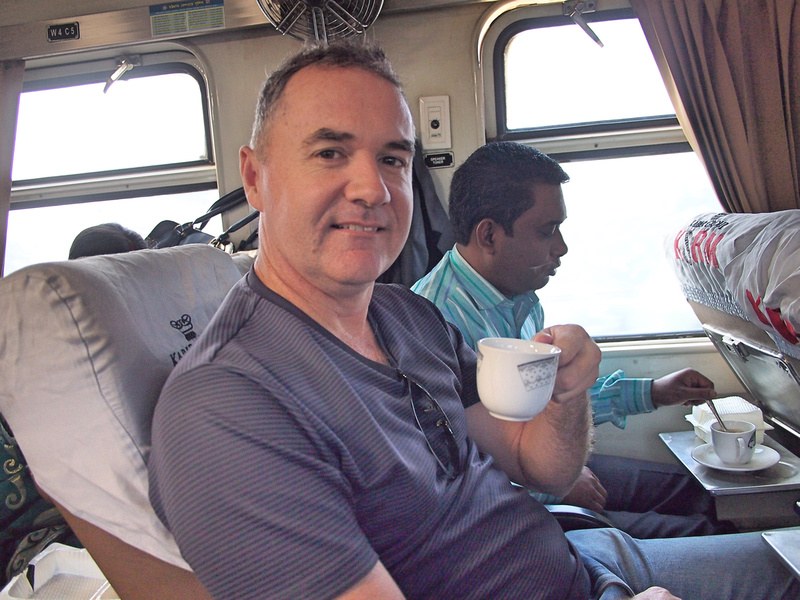 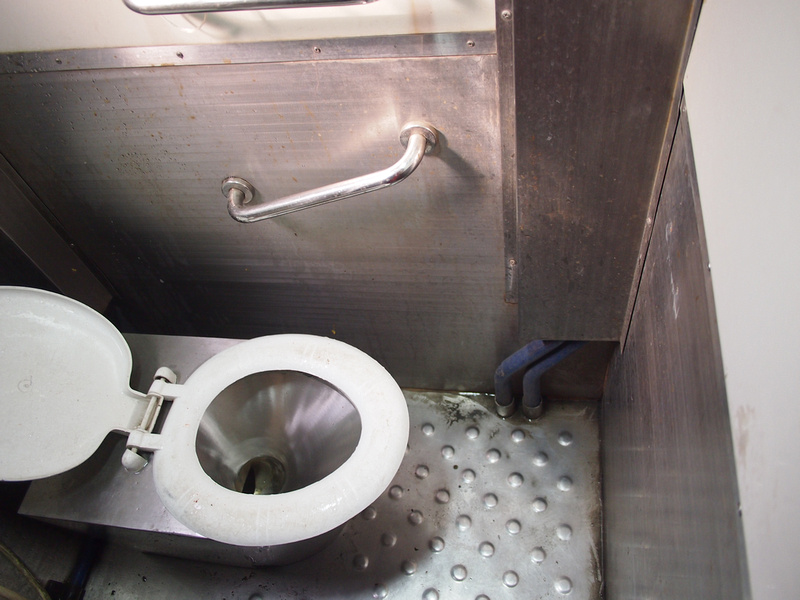 The seats were comfortable and the cabin temperature was just right. I was comfortable in jeans and t-shirt .

The train was about an hour later by the time it got to Chittagong. I was expecting a delay so overall I was pleased to be able to take this instead of a bus. 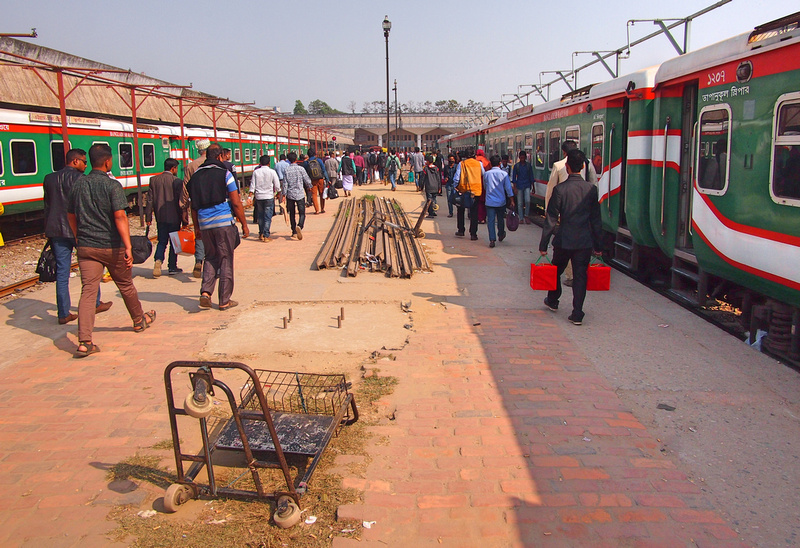