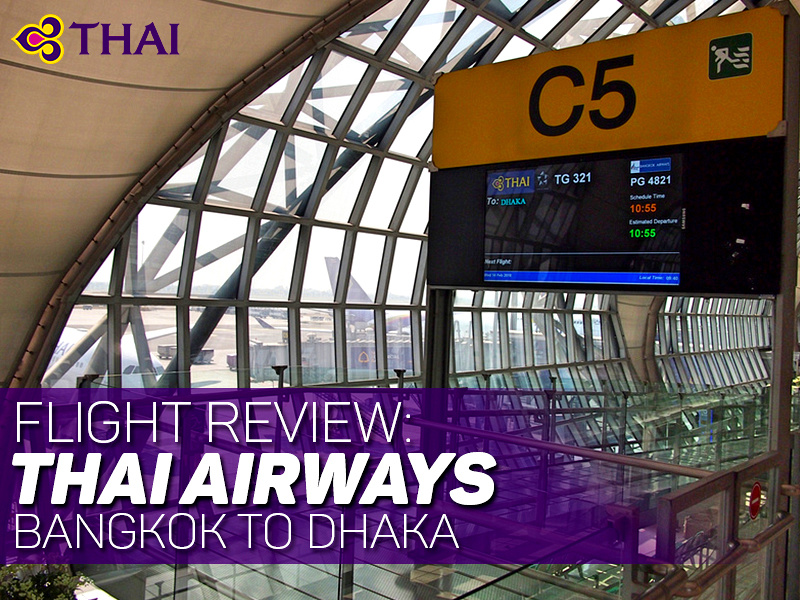 I flew with Thai Airways from Bangkok to Dhaka. I compared flights with Skyscanner but I couldn’t find anything in a reasonable price range so I used United points to book this.

I’ve flown with Thai Airways a few times now, and my last flight was a Thai domestic flight. The Thai Airways flight to Dhaka turned out to be the best timed flight out of all the options. The flight departs at 10.55am and arrives at 12.30pm (and Bangladesh is an hour behind Thailand). This was my first time to Bangladesh, and when I arrive in a new city I prefer to arrive in the day time. I don’t like to arrive in an unfamiliar city late at night, which some of the other flight options would have done. This flight time also lands you in the middle of the day, in between the peak hour traffic (of which Dhaka is notorious for).

I wasn’t able to check in online as the Thai Airways website was unable to process my United points booking. It doesn’t really matter though when you are flying Thai out of BKK. Being the home base of Thai airways there is a dedicated check in row, and you can check in anytime. I used the check-in kiosk of which there were a few available. I then went to the bag drop where there was no queue. That was an ideal check-in experience. 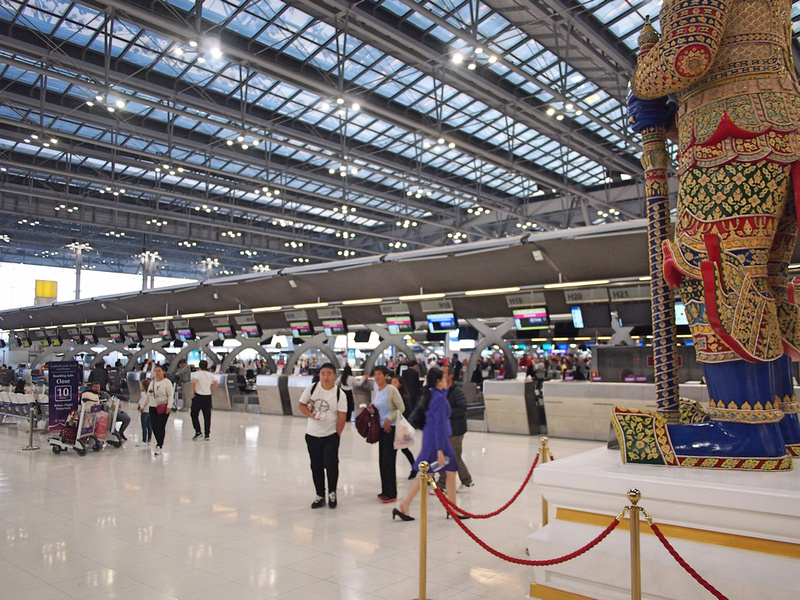 Getting through immigration is another matter though. It has been getting very busy at BKK as airport passenger numbers have grown. It took over half an hour to get my passport stamped. 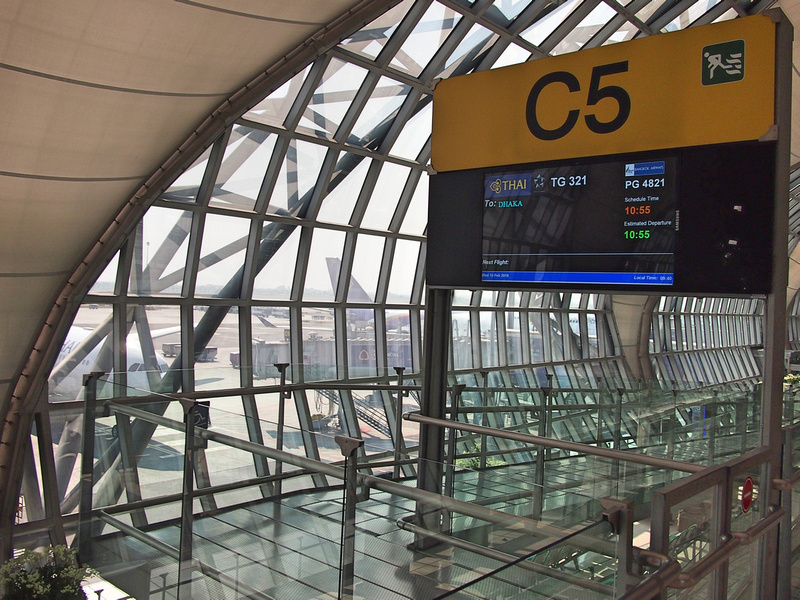 The flight was on an A330, which I was surprised about (but not complaining). I didn’t think there would be much demand for flights to Dhaka, and at just 2h 35m of scheduled flying time it is in the range of an A320/737. 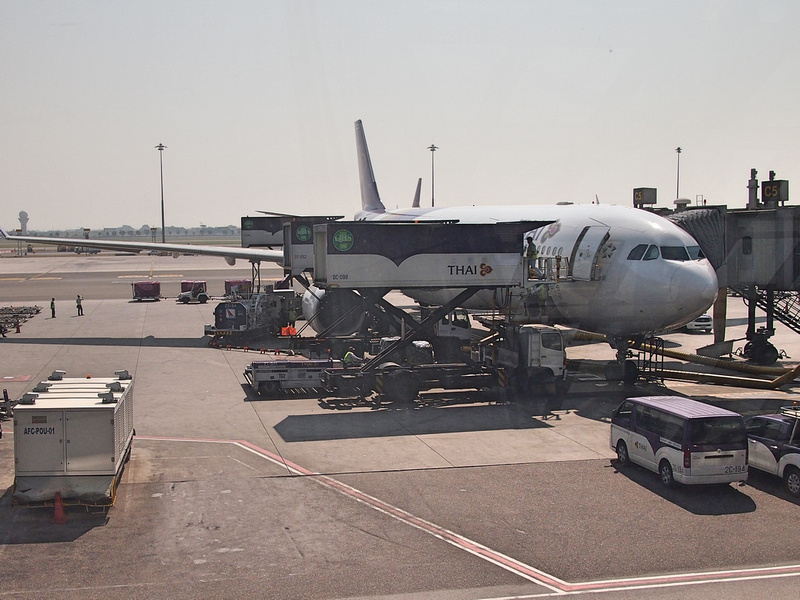 I like the A330 as the economy seats are in a 2-4-2 configuration. I got a window seat and ended up getting the small row to myself. Indeed, it turned out that the flight was half full so I was correct in thinking a small aircraft would be more appropriate. I know people love it when flights aren’t full as they can lie flat on four seats. I can’t help but think how bad it is for business (and the environment) by running half-full flights. I like Thai Airways, so it pains me when I read they are posting losses and operating such flights. Anyway, I don’t run an airline so I’ll leave it at that. 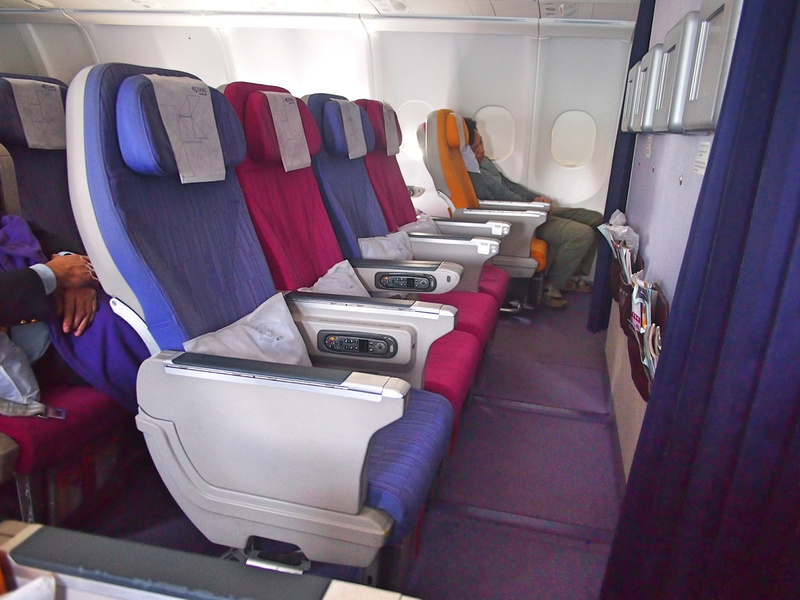 The flight travels over Northern Thailand and Myanmar. 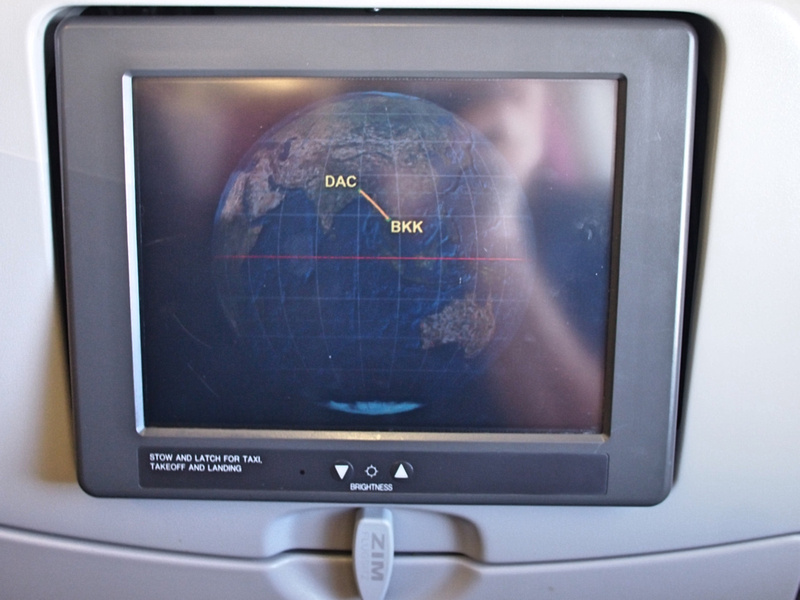 A hint that the flight was mostly Bangladeshi was that the meal options were halal Bangladeshi meals. Under the first foil wrapper was a paratha, which is the common flatbread of Bangladesh. It kept pretty well for an inflight meal. I had a chicken and rice meal. 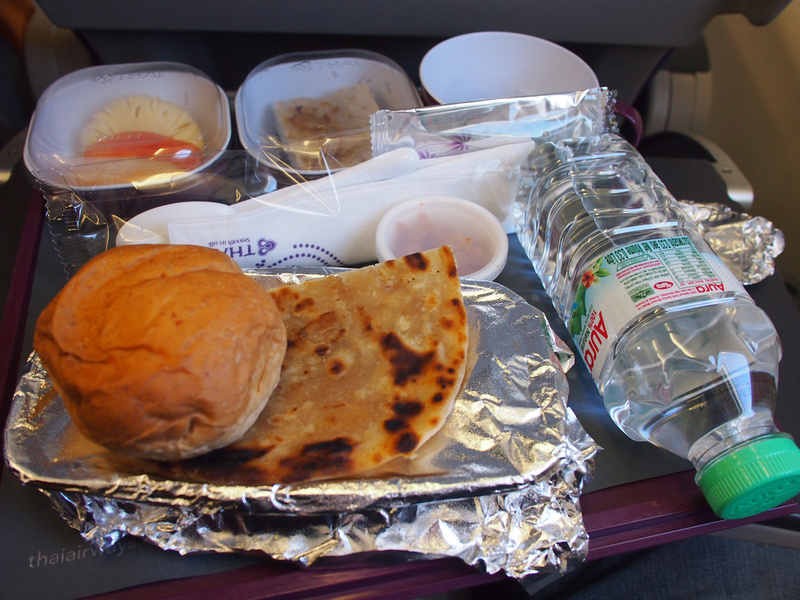 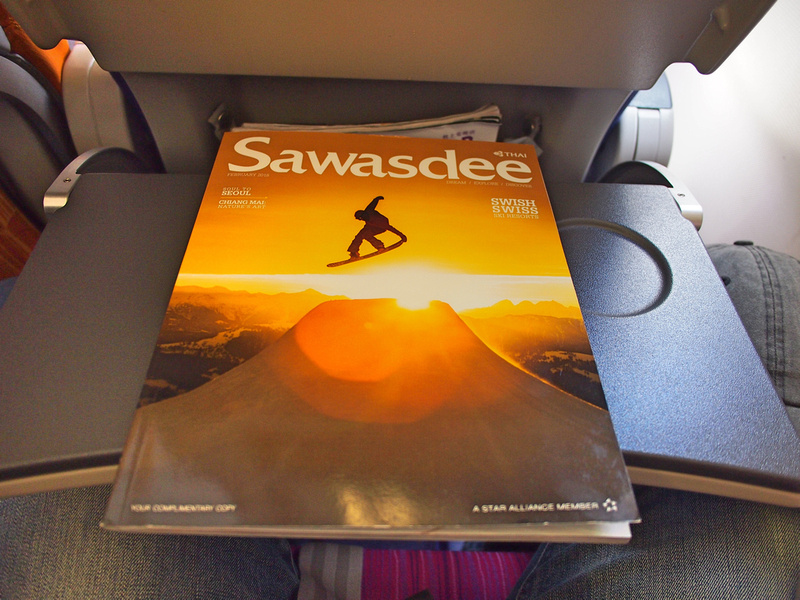 There is onboard entertainment but with such a short flight there was no time to watch a movie. Good time to read a book, or check out the route map and dream of where to go next. 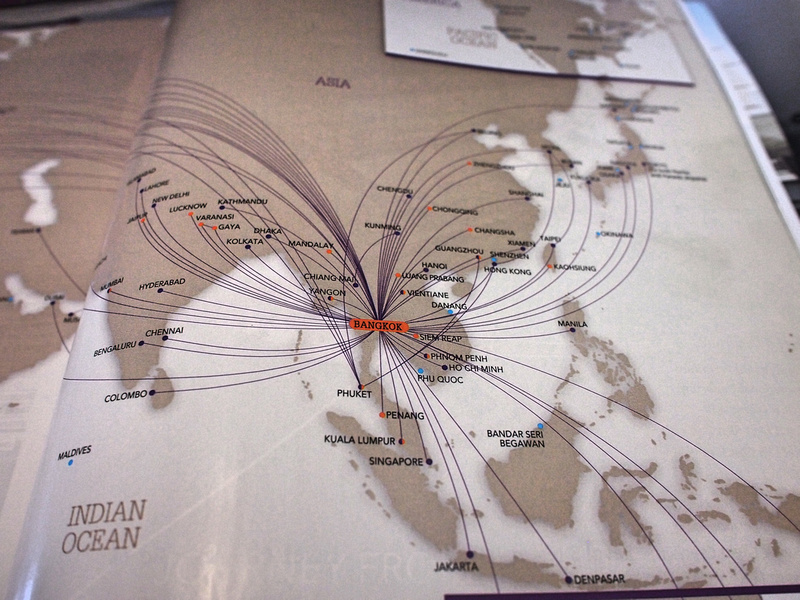 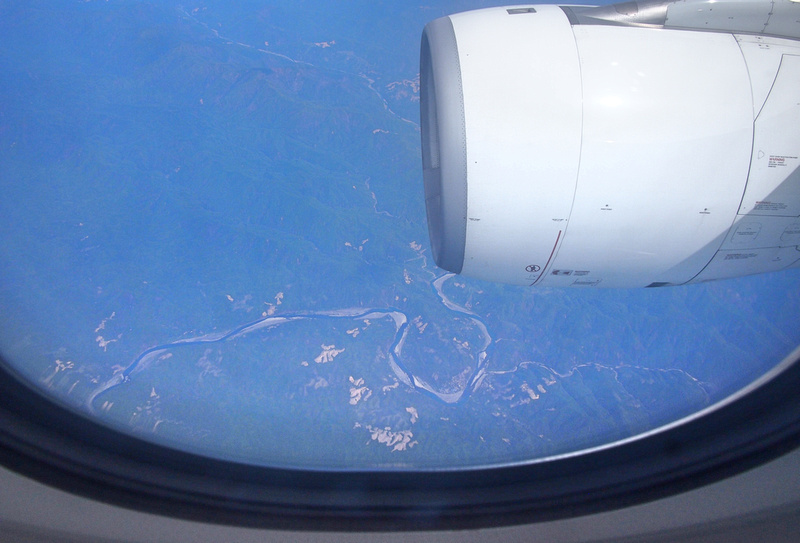 An immigration form is provided onboard. 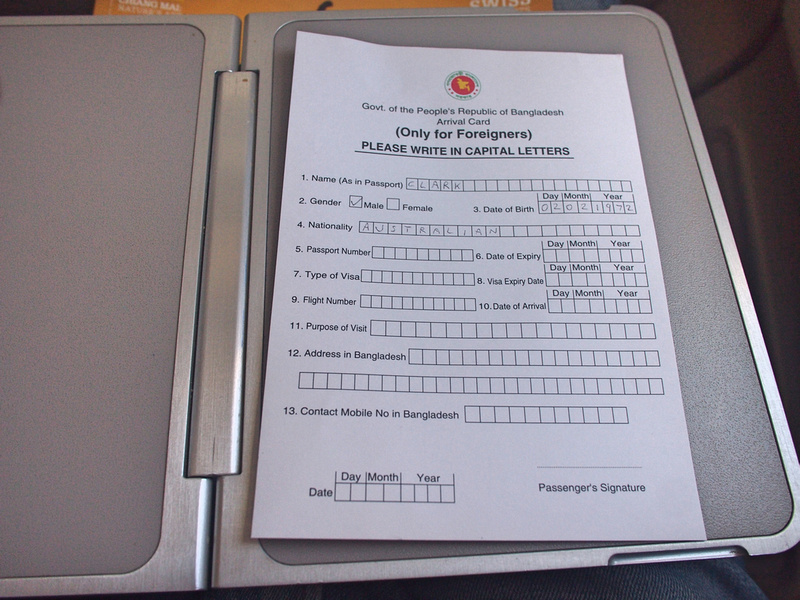 Overall this was a good flight option for Dhaka, especially for the time of day.