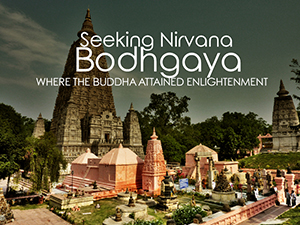 India has three of the four most important Buddhist pilgrimage sites in the world, with the fourth being in Nepal. That is an impressive heritage for a country that counts less than one percent of its population as Buddhist (though ask any entrepreneur and most would take 1% of billion). Out of those four sites, […]