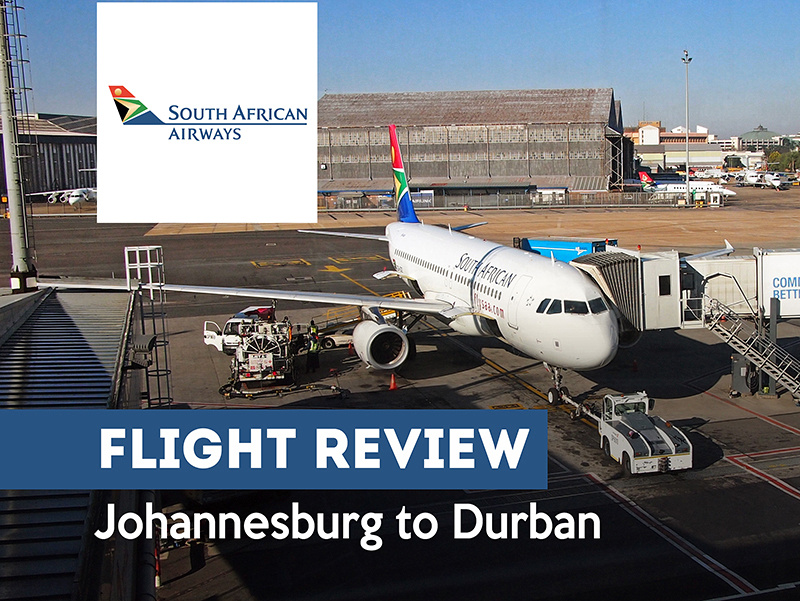 I flew with South African Airways from Johannesburg to Durban. My flight was provided by South African Tourism (Australia) as part of an Australian media trip.

I have flown with SAA four times before, but this was my first domestic flight in South Africa.

Johannesburg is the biggest airhub in southern Africa, so the chances are you will be passing though here to go anywhere else, especially if you are arriving internationally on SAA. 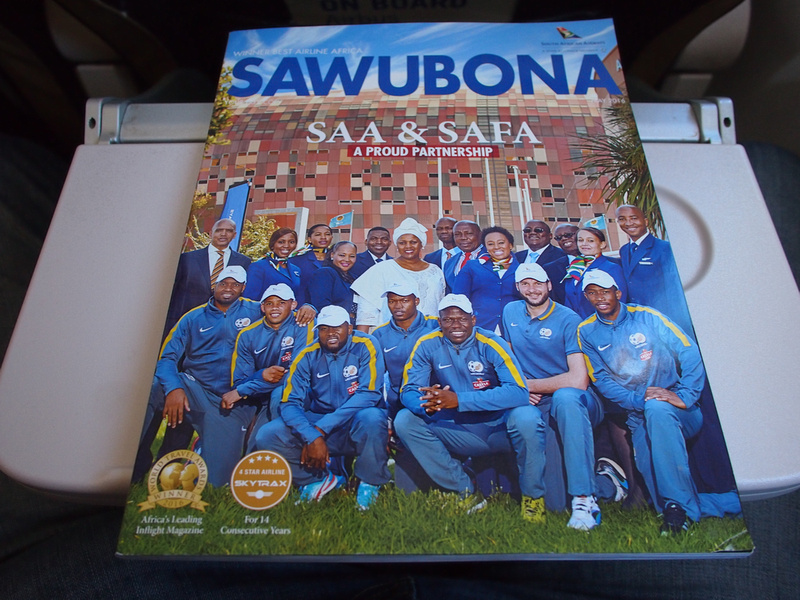 South African Airways is a full service airline so they provide entertainment and meals. Don’t get too excited about the entertainment; it is drop-down screens with a candid camera show. 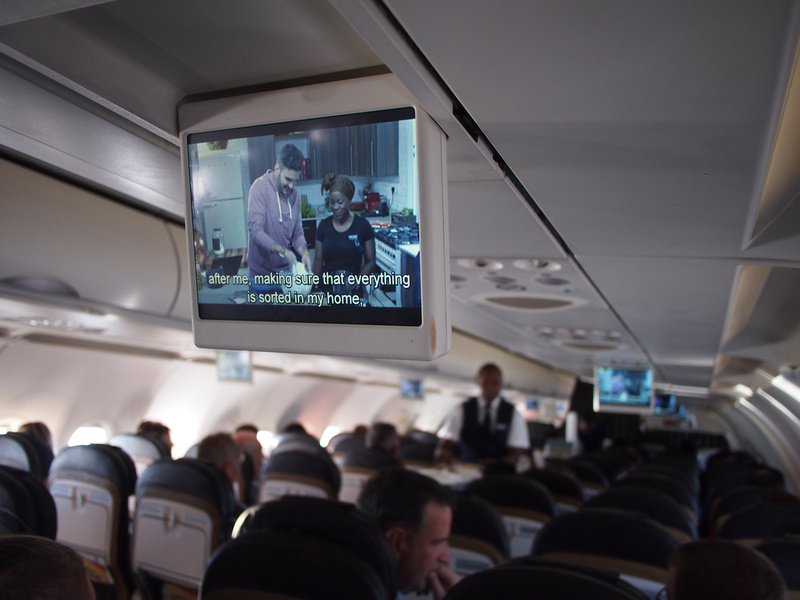 The flight was at 8.45am so technically still breakfast time. The meal was a chicken bagel and fruit drink. I also got a coffee. 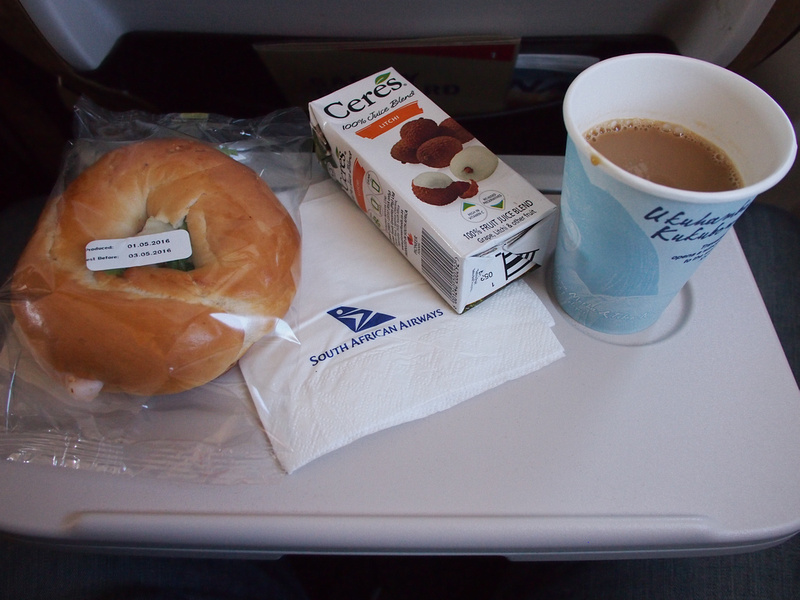 SAA is a member of Star Alliance so I registered my United frequent flyer number for points on this flight.