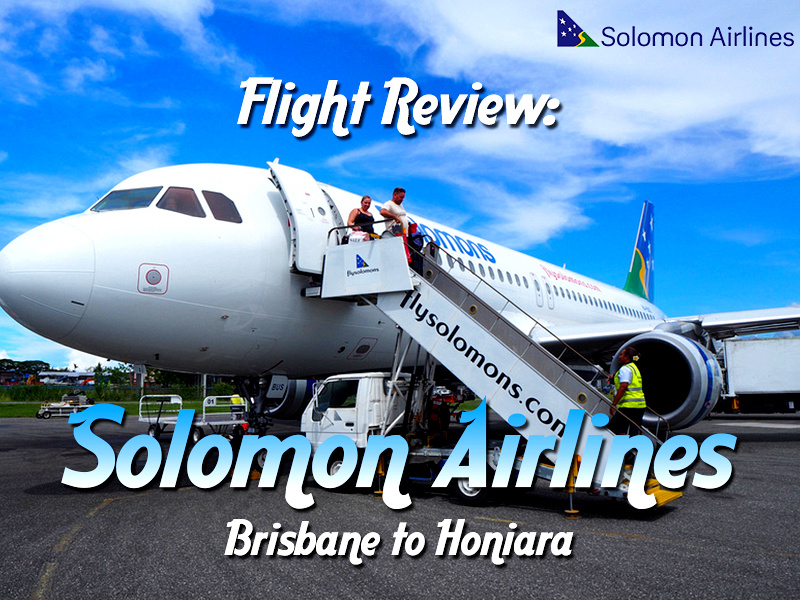 I flew with Solomon Airlines from Brisbane to Honiara. I flew as a guest of the airline and Tourism Solomons, where I was visiting with a media group from Australia.

Solomon Airlines operates a 5-times a week service to Brisbane, which is the sole Australian flight in the network. This flight departs at 10.00 and arrives at 14.15 for a scheduled flying time of 3H, 15M. Honiara is one hour ahead of Brisbane, so it’s an easy travel day in terms of flight times.

There is no online check-in, so I was at the airport early to get it out of the way. 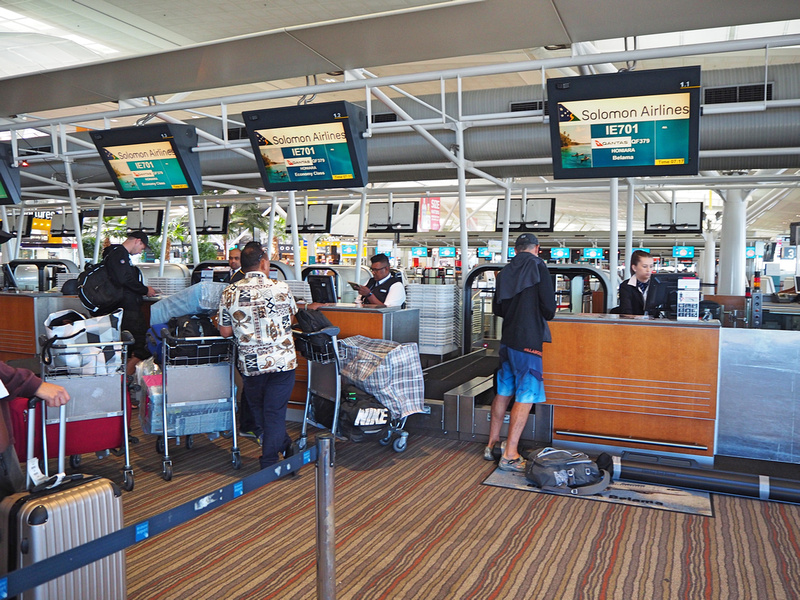 Solomon Airlines aren’t in any airline alliance, but they codeshare the Brisbane flight with Qantas. From Brisbane you can connect to any major city in Australia.
. 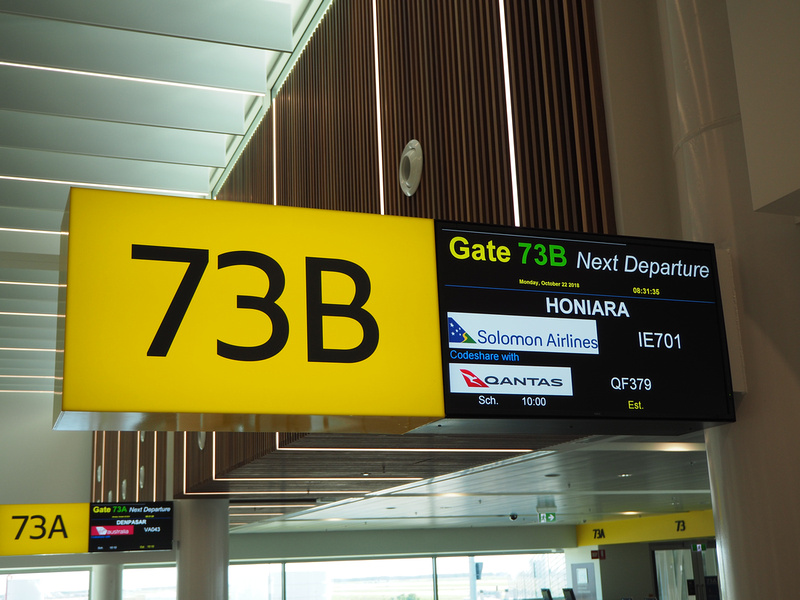 I was allocated one of the “Belama Club” seats, which is like premium economy. These seats are the row behind business, same 3-3 seat configuration as economy, but with a ridiculous amount of leg room. 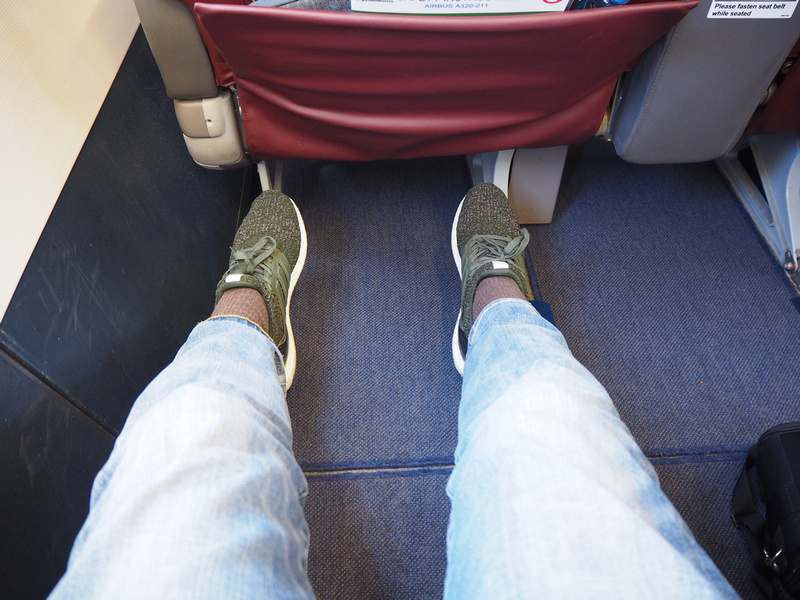 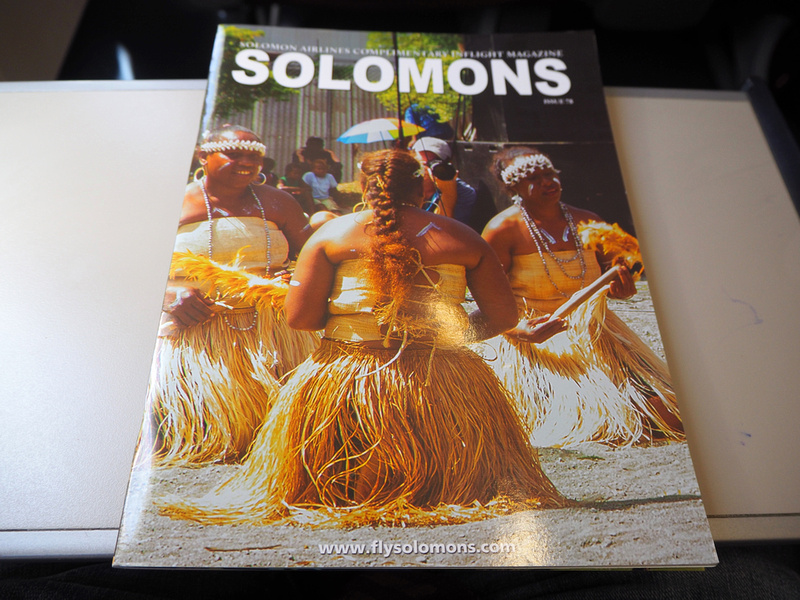 This was my first time flying with Solomon Airlines (and visiting the Solomons for that matter), so the route maps were of special interest to me. Internationally, Solomon Airlines also fly to Fiji, Vanuatu, PNG, and Kiribati. 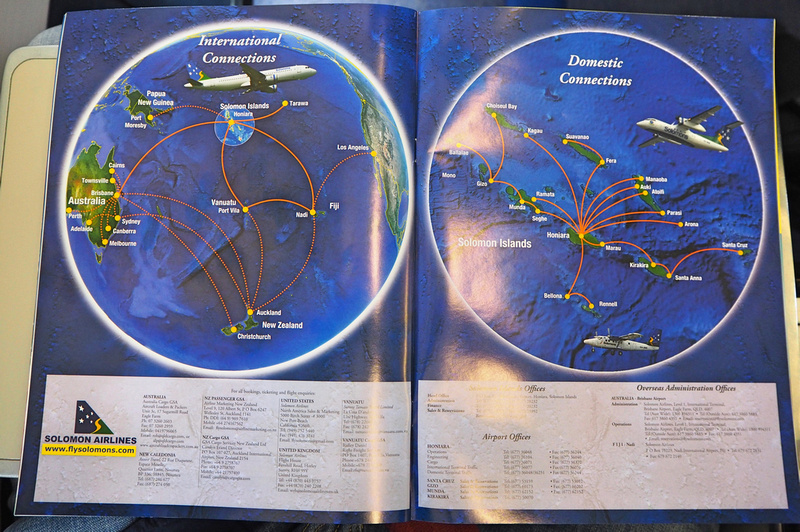 Domestically I had not heard of any of these places, though I will soon become familiar with the names. 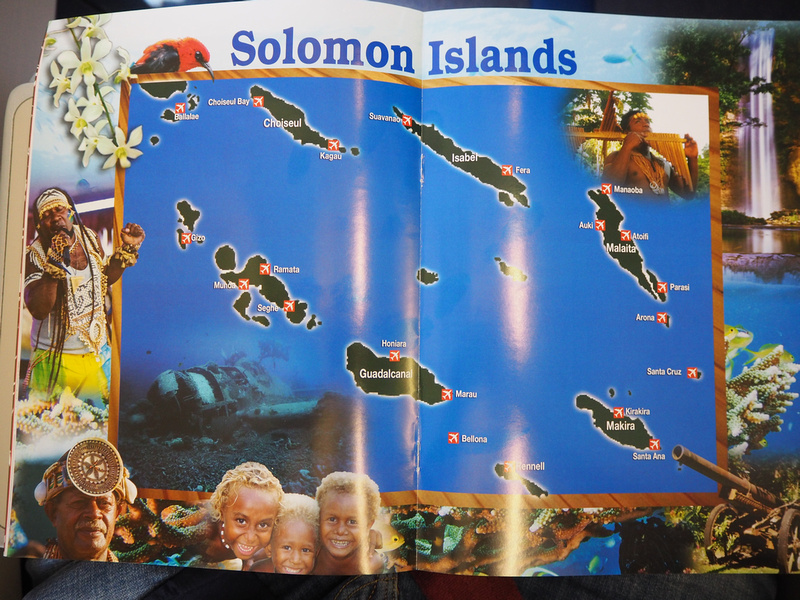 Even the advertising in the inflight magazine is interesting when you are visiting a new country. Ads for the national beer and a telecoms company. 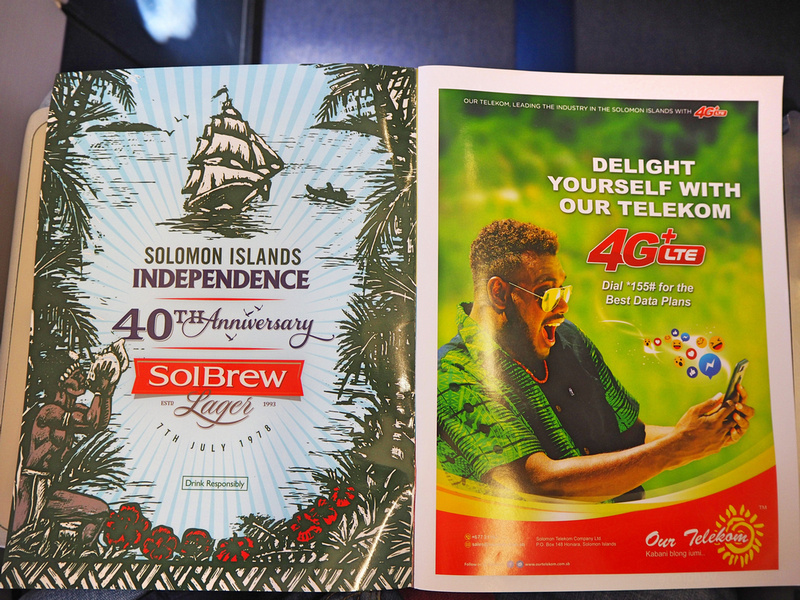 Also interesting is the airline fleet. Solomon Airlines has a single Airbus A320-200 (the aircraft we were on), which operates the international flights. Domestic flights are with Dash 8 and Twin Otter aircraft. 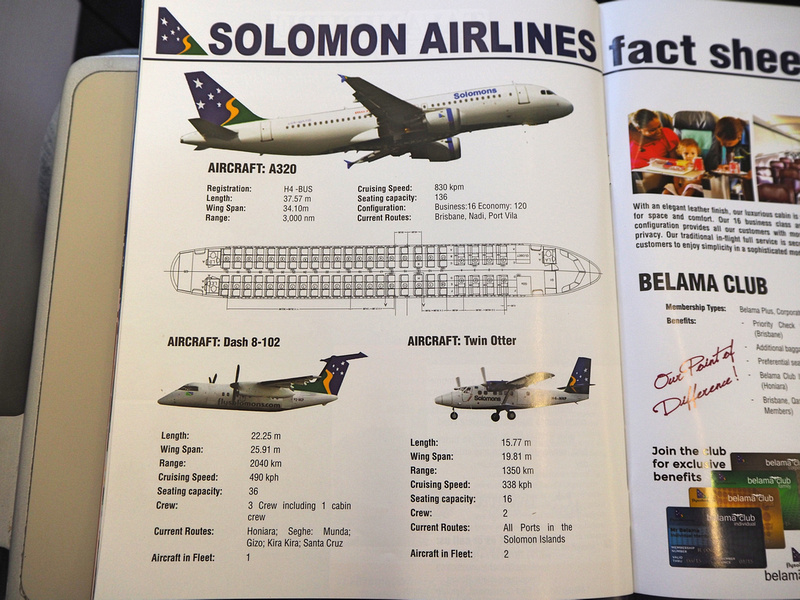 A last glimpse of the Australian coast. 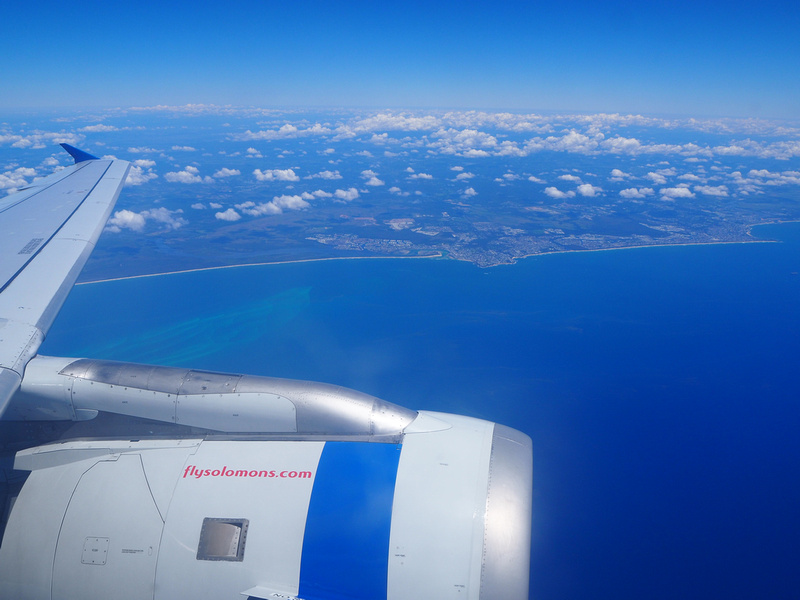 Solomon Airlines is a full-service airline, and lunch is served on this flight. I got the chicken and rice. 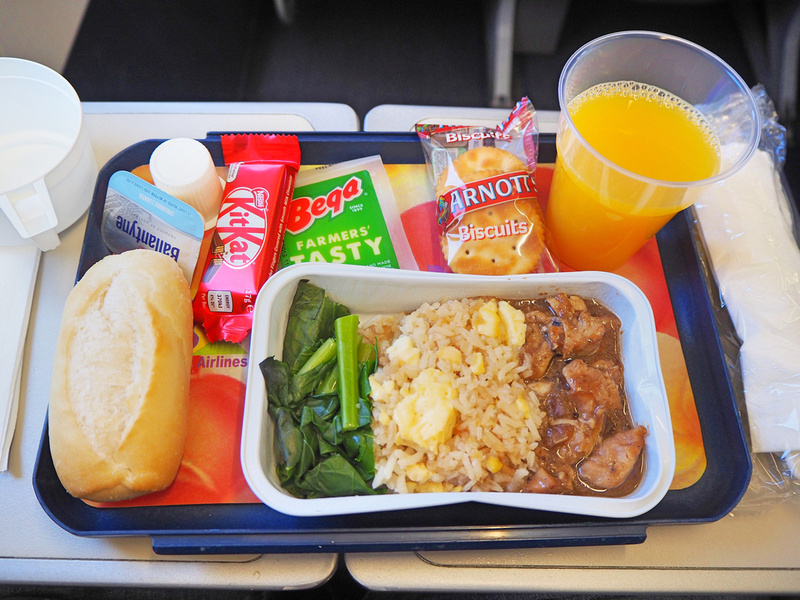 A tea and coffee service is provided after lunch. There is no inflight entertainment units, so charge up your own tablets, reading devices, or bring an old-fashioned paper book. 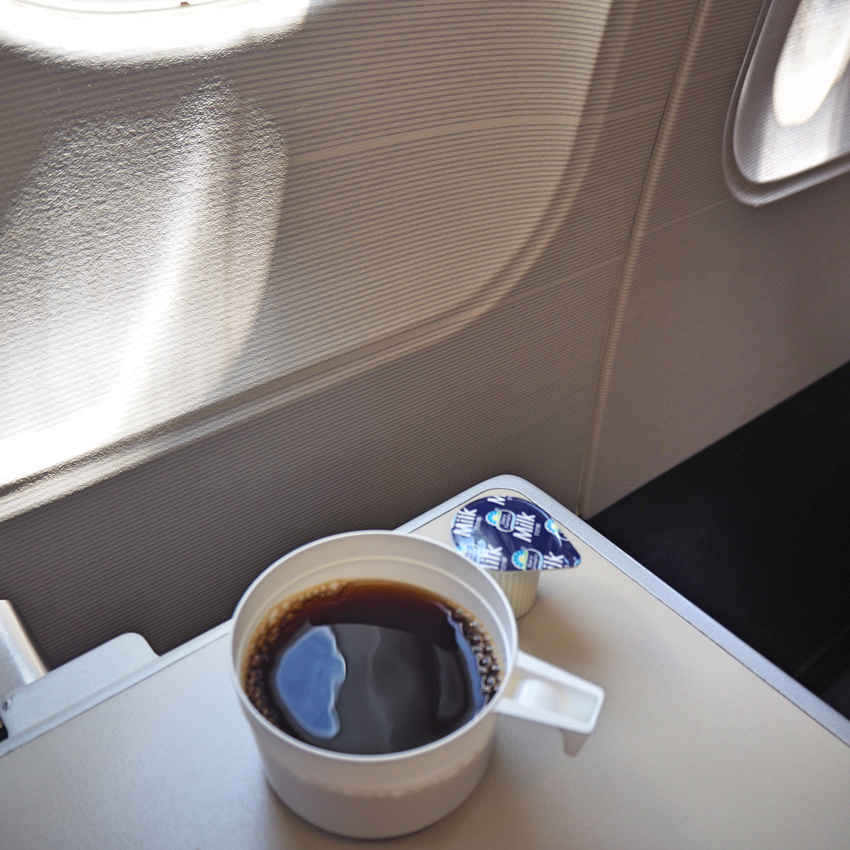 A Solomon Islands immigration form is provided inflight. Australians don’t need a visa to travel to Solomon Islands. For other countries check the visa policy. 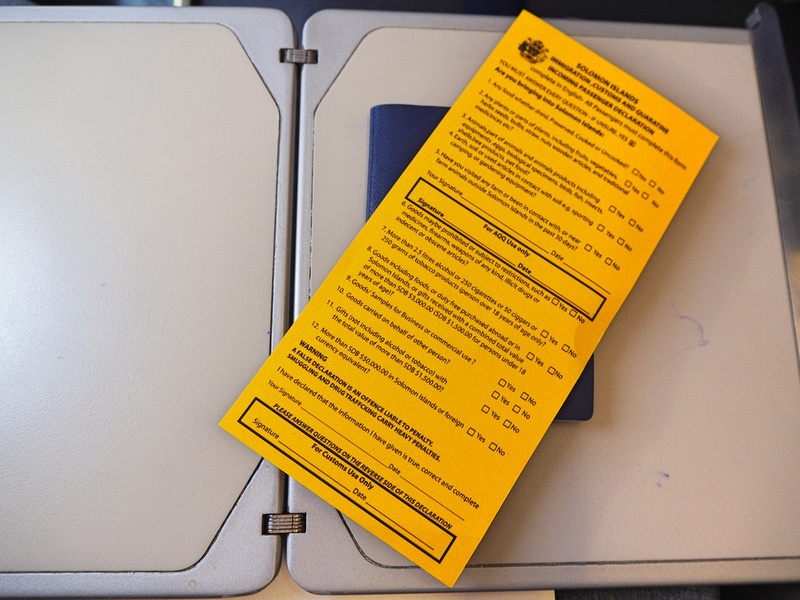 The excitement of arriving at a new city and seeing a country for the first time. 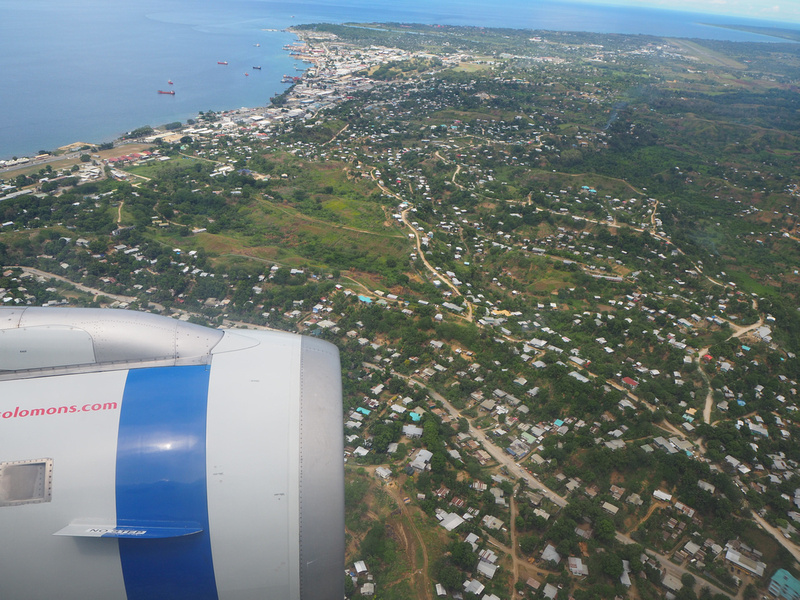 Honiara Airport is a small airport and there are no airbridges. Disembarking on the tarmac is the ultimate way to arrive in a tropical country. 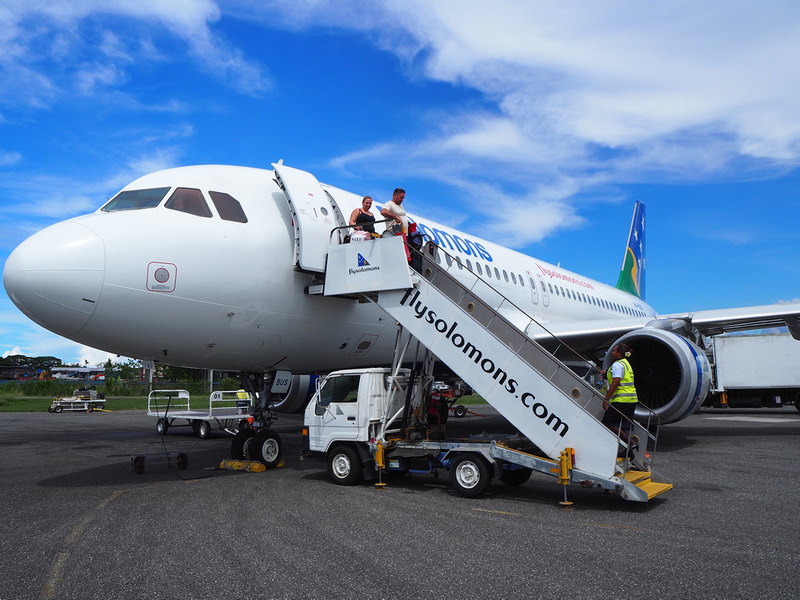 I like tarmac disembarkation when you walk to the terminal (better than by the bus). I might have changed my tune if it was raining though. 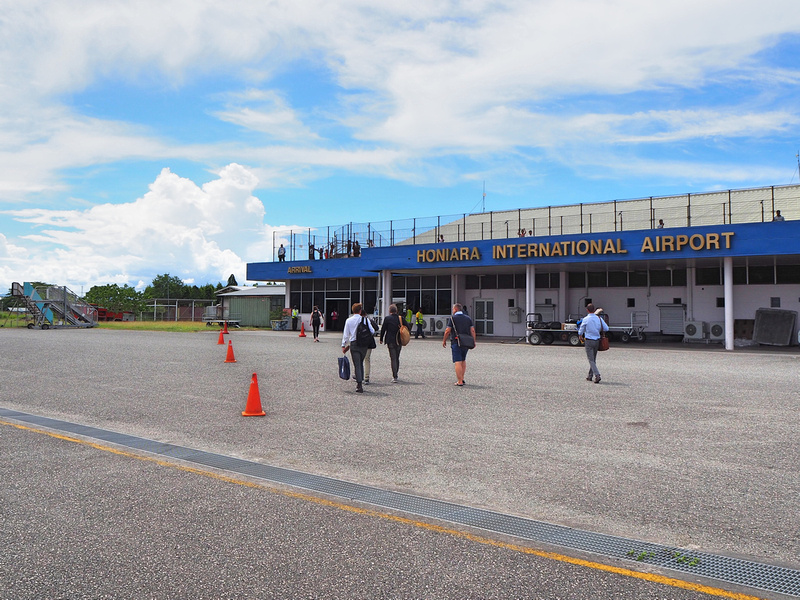 While waiting for my bag I was happy the see the hotel I was to stay at advertising a pool. 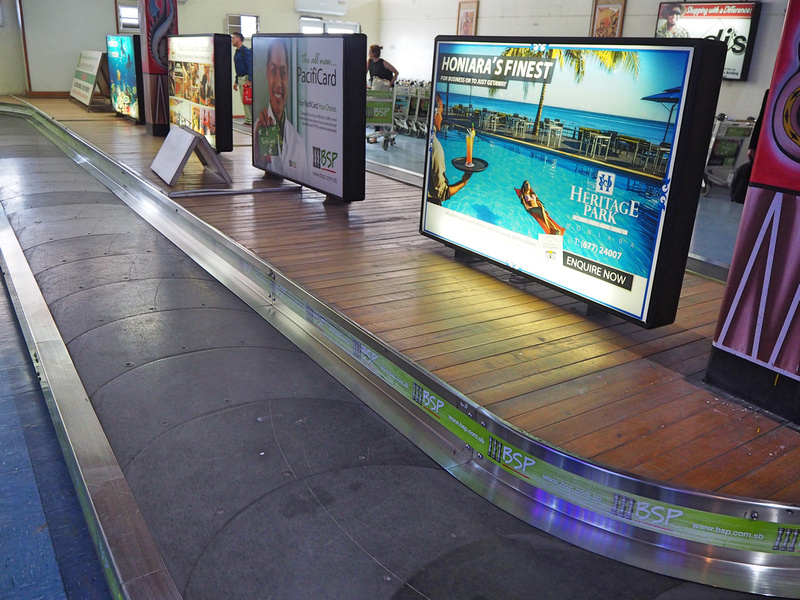 Overall this was a good flight to Honiara, and as the national flag carrier they fly the flag well. My next flight with them was on a Dash 8 aircraft, which was a highlight of the trip. Read more about my week in Solomon Islands.