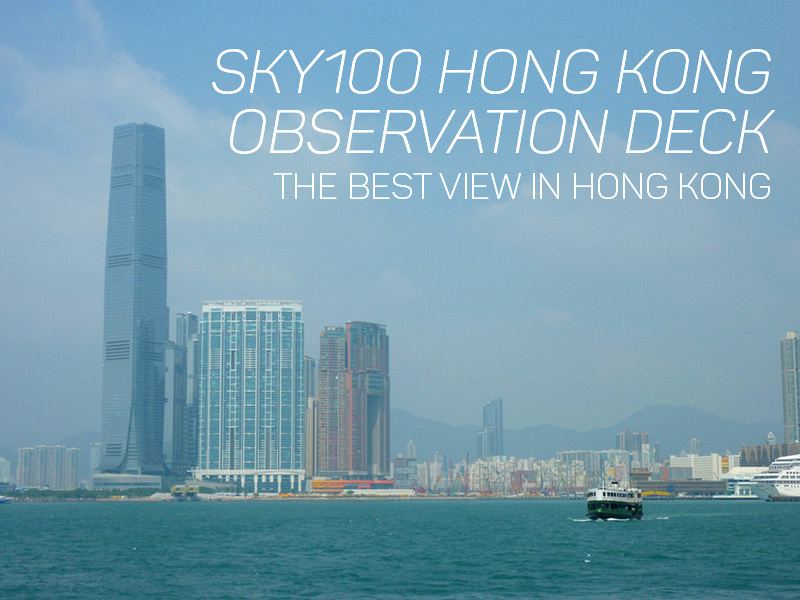 When it comes to getting a good view from a skyscraper observation deck you need a combination of height and position in the city to make it a worthwhile attraction. The sky100 Hong Kong Observation Deck ticks both of those boxes.

Whenever I wanted a view of Hong Kong I’ve always gone to Victoria Peak. Mainly out of habit as I have been going there pre-ICC.

The ICC is home to the sky100 Hong Kong Observation Deck, which is the highest observation deck in Hong Kong. I was invited to visit sky100 to see the view for myself. The week I was there was particularly grey and wet one, but we looked at the weather forecast and picked out an afternoon that looked promising.

Getting there is easy enough. I’m mean you can’t miss it as the ICC stands out from the crowd. In the ground level shopping mall look for the signs pointing to sky100. 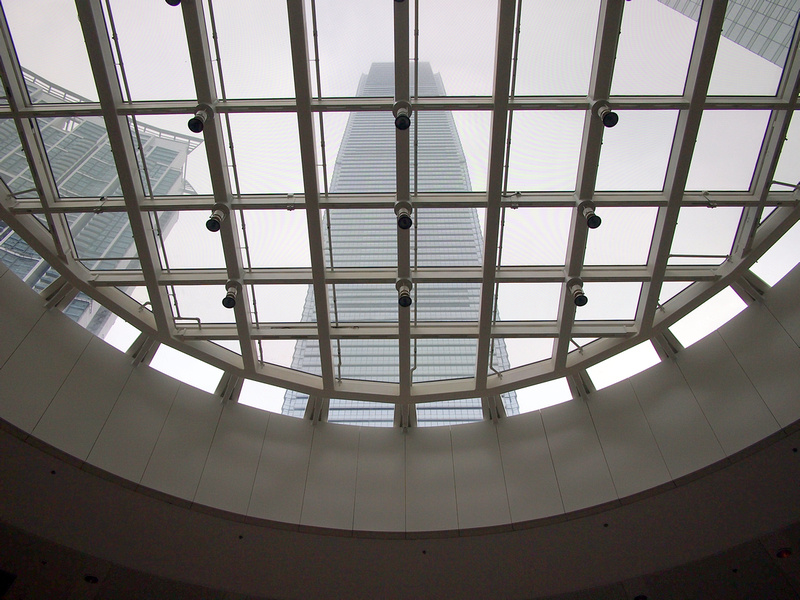 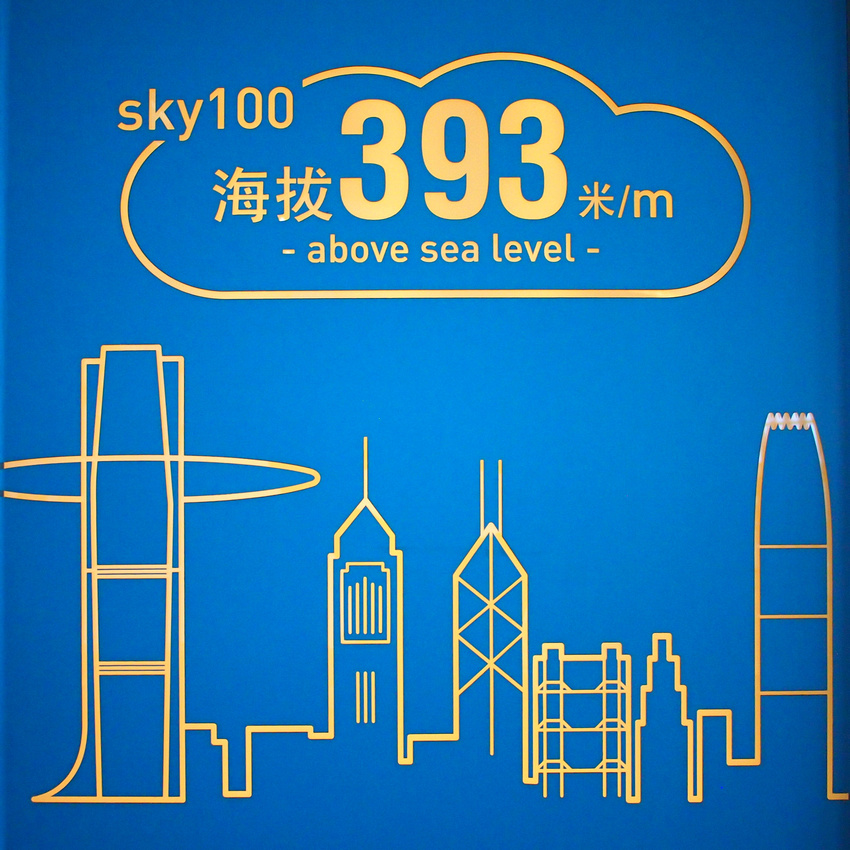 It was quite misty when I went up so I didn’t get the full view. The clouds parted occasionally though to reveal the skyline of Hong Kong Island. I didn’t get any photos that do it justice, so can get a general idea of the views from from public photos here. 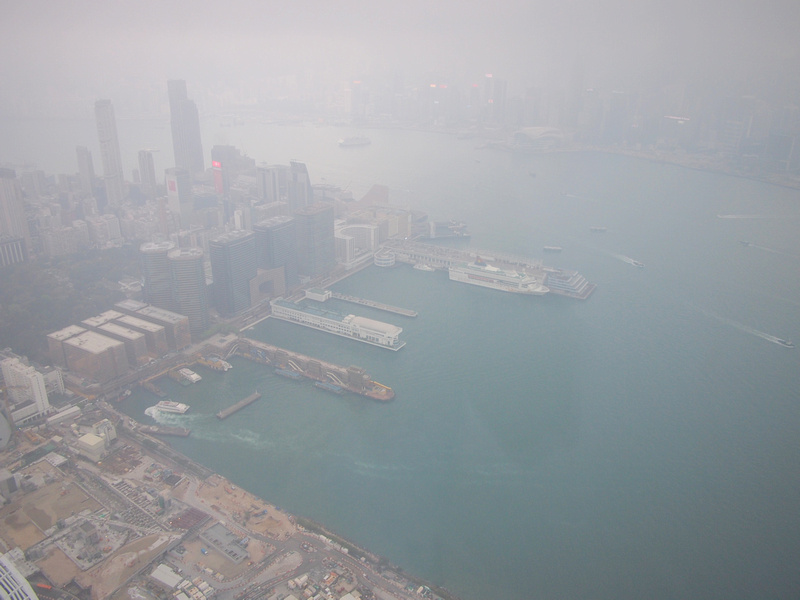 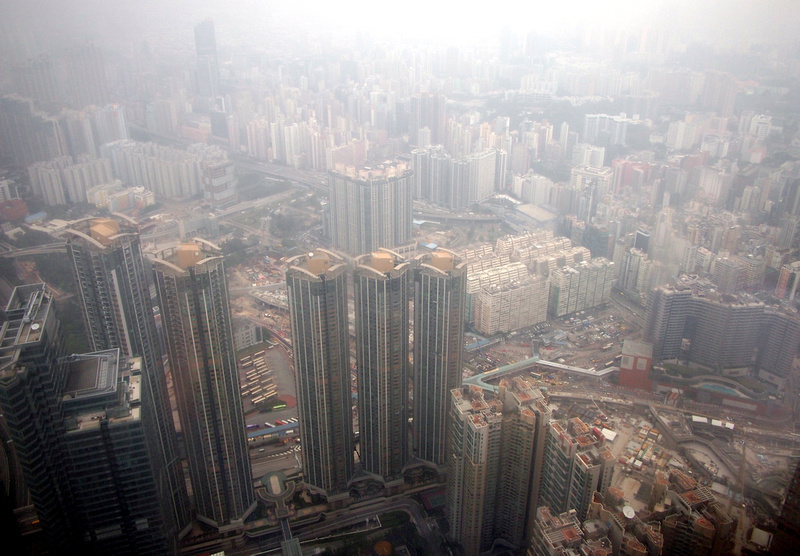 On the window ledges you can find information about each area you are viewing. 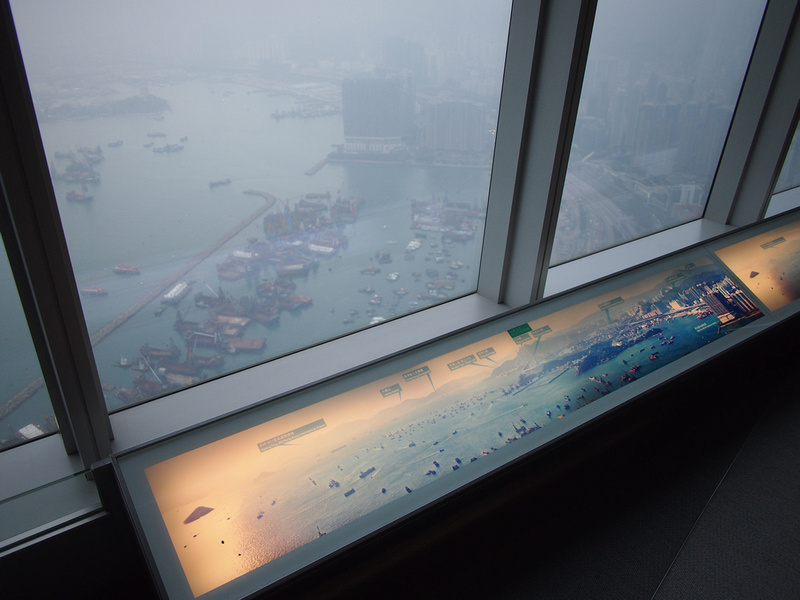 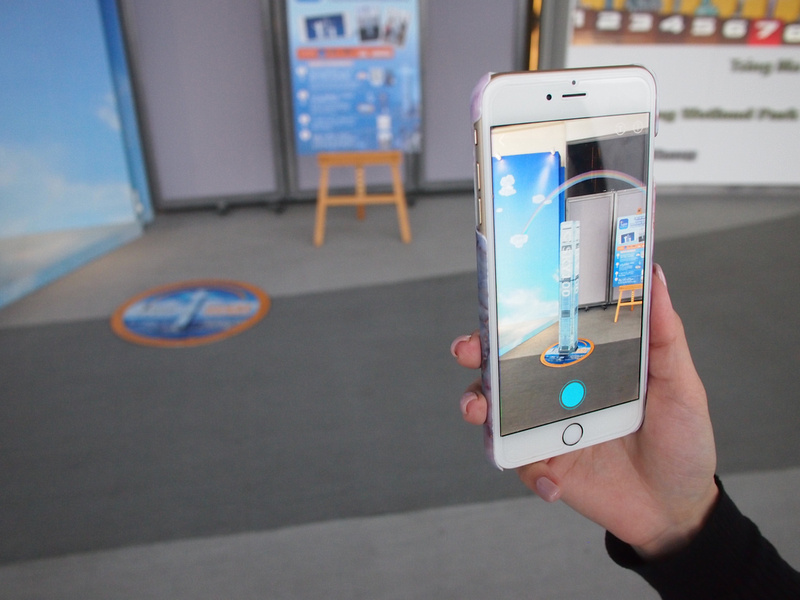 Part of the experience of visiting observation decks is taking loads of photos. sky100 has a mobile app which has all sorts of photo enhancements for when you are taking pictures with your friends. For example if you point the camera at special makers it will produce an augmented reality tower, which you can have your friends model themselves by the tower.

Café 100 by The Ritz-Carlton, Hong Kong 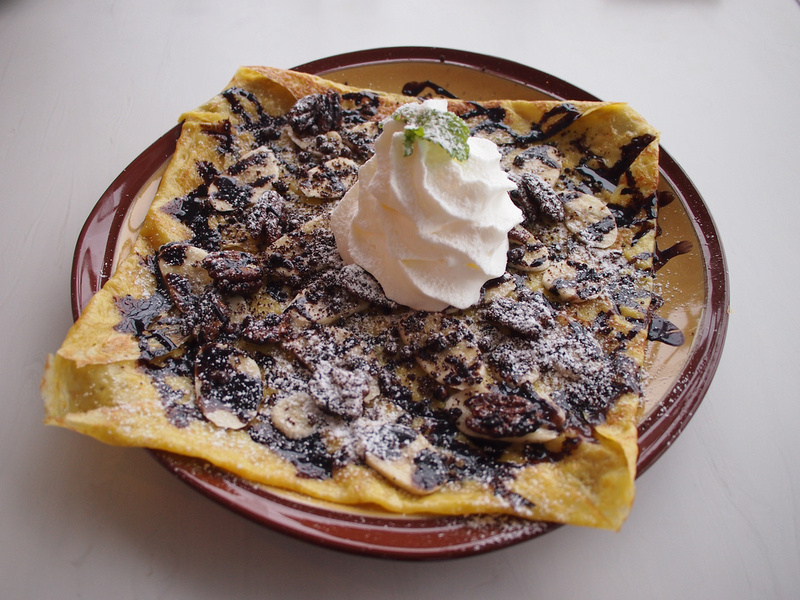 Which is better for Hong Kong views – The Peak or sky100?

The Peak is great to visit to ride the historic cog railway, which is an engineering marvel. Being up on the the peak surrounded by nature is also good. For the view though you are looking at the back of apartment towers without seeing the buildings that line the waterfront of the harbour.

So having seen this I would now say that the sky100 has the best views views of Hong Kong. From here you get an unobstructed view of the harbour and Hong Kong Island skyline. You are also looking down over the densely populated Kowloon skyline. If you are visiting Hong Kong be sure to check the weather and pick the day that looks the best, and you will get a view of what I think is the worlds most impressive skyline.