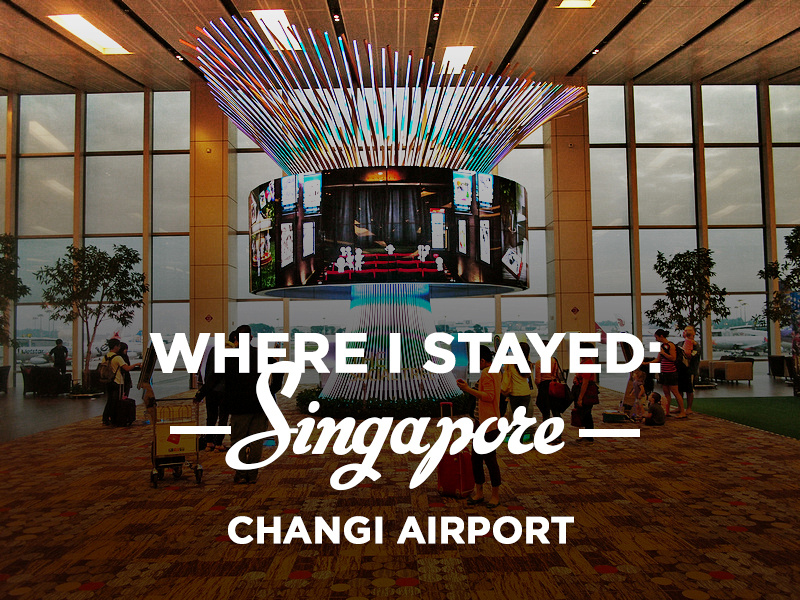 While booking flights from Ho Chi Minh City to Denpasar (Bali), the two cheapest flights on offer were overnighters with connections in Singapore or Kuala Lumpur (Low Cost Carrier Terminal). If you know anything about LCCT you would know not choose to do an overnighter there, so I picked the luxurious SIN.

Usually I would spend a night in Singapore and make a day of such a connection, but my flight arrived at midnight and left the next day at midday, so there wasn’t enough time to justify a hotel stay for a few hours sleep.

I used to do overnighters at airports when I was living in London, especially when there were Ryanair sales with flights for 1GBP. These flights were mostly at 5am at Stansted Airport, which is a horrible airport to overnight in. Each time I would do it I would swear never to do it again, and then I would be lured back with another cheapo flight. It’s been a few years since I have slept at an airport so I figured I would see how I go at one that is rated as one of the best to sleep in.

Part of the reason I decided to overnight it was because I remembered seeing reclining transit lounge chairs on a previous SIN layover. Upon arrival at Changi I started walking around the airport but I couldn’t find these mythical chairs anywhere. In the end I settled for some lounge chairs located near a cafe. 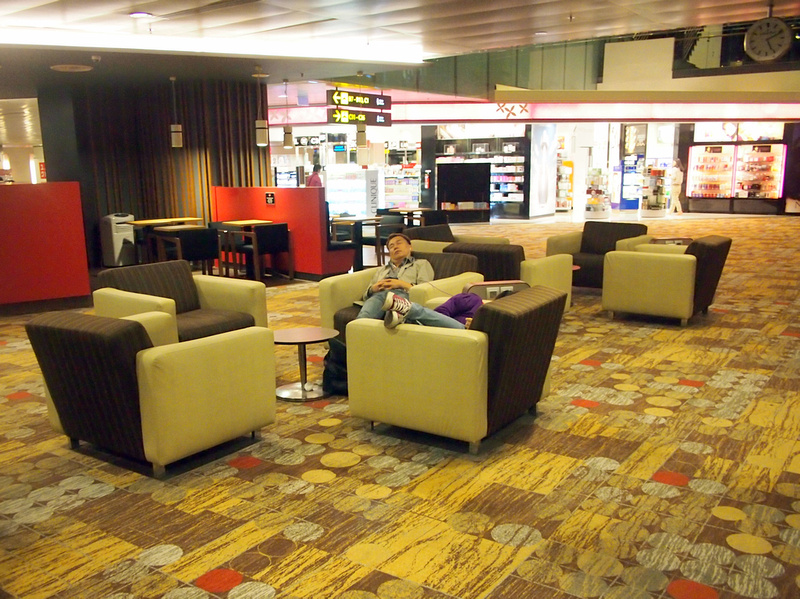 I have a hard time sleeping sitting in chairs so I didn’t sleep. I always look on with envy at people who can sleep in uncomfortable positions in noisy environments. I closed my eyes and tried to sleep but the land of nod wasn’t happening. In the end I gave up pretending I will sleep did some work.

The good news for airport insomniacs is that Changi is a great airport if you cant sleep. There is free wifi, which is available as a 4 hour voucher from any of the information desks. After knocking out some emails I ended up spending a couple of hours wandering around the long corridors. On my wanders I realised why this is such a good airport – it’s the wall-to-wall carpet. 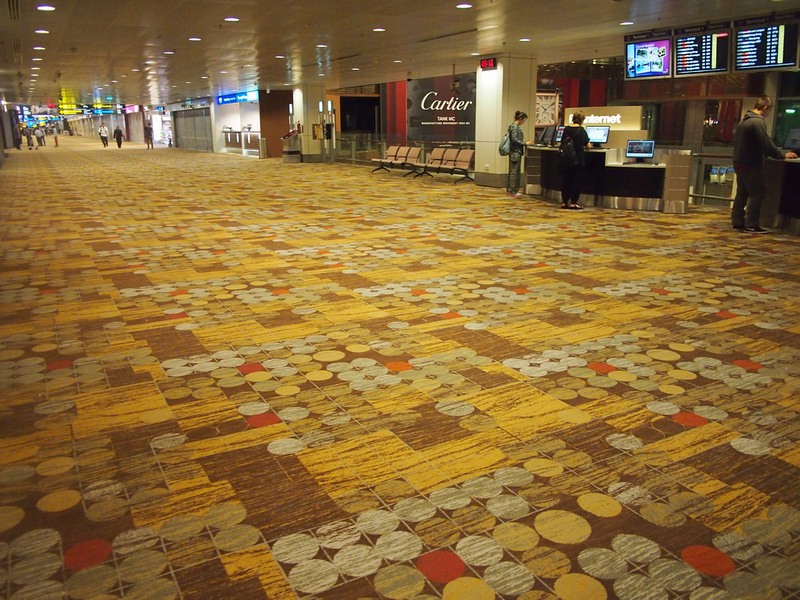 Changi is covered with acres of carpet and it has a warm feeling to it compared to, say, Bangkok BKK with it shiny white tiles.

There 6 theme gardens located throughout the 3 terminals. Going to all 6 gardens is a good way to get the legs moving if you have a few hours on a layover. The sunflower and cactus garden are on the roof so you will see smokers up there and get a view of planes taking off and landing. 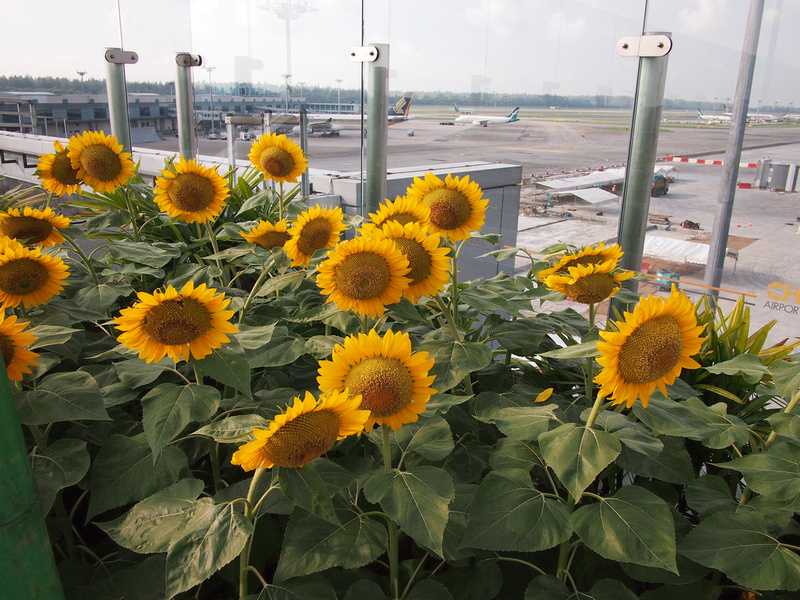 The gardens inside the terminal are lovely too. 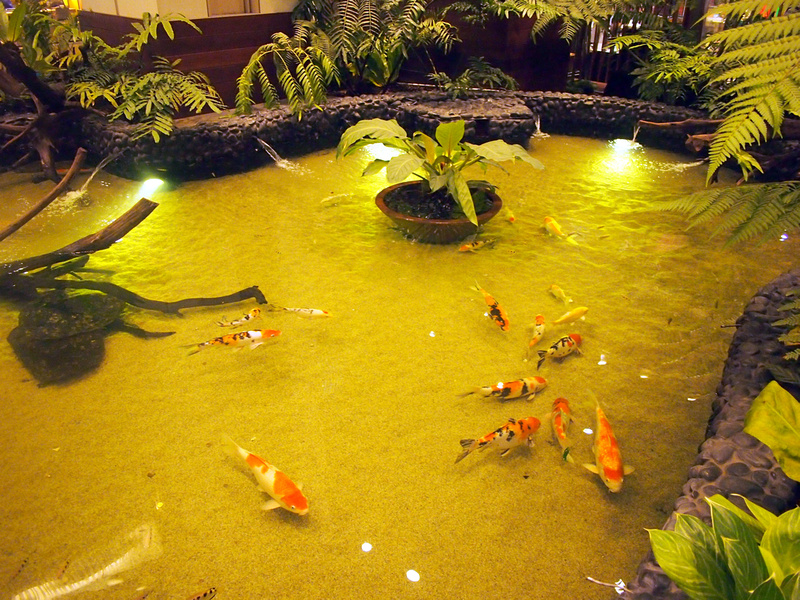 Late into my stay I found a movie theatre which I would have gone to had I known earlier. I had a look inside and they were playing Twister from HBO TV. Not exactly a new release, but good way to spend a few hours if need be. 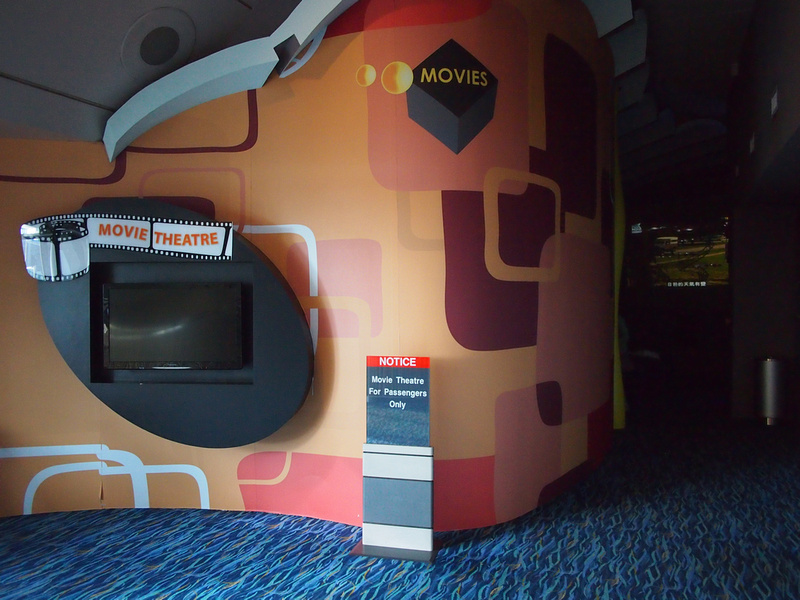 If you find The Social Tree you can take a photo of yourself and have it emailed to you, and post it to the tree while you are at it. 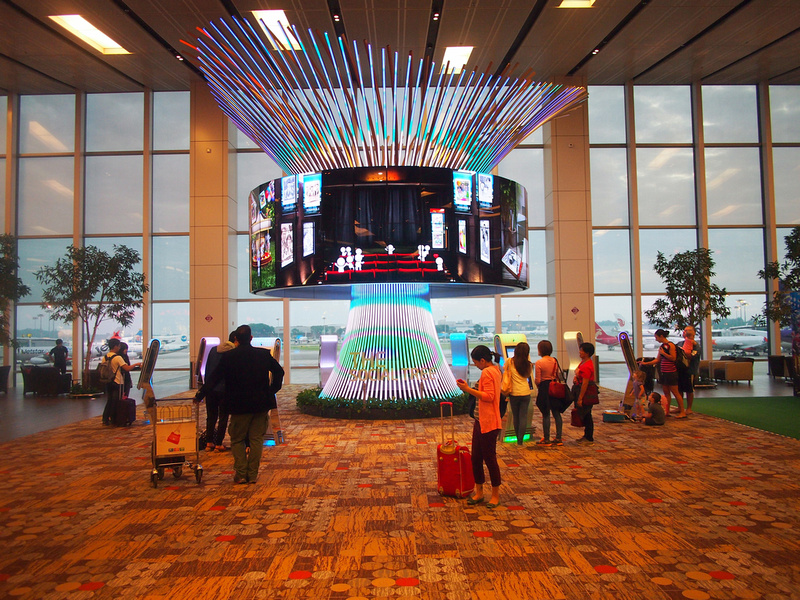 Here is my 6am-with-no-sleep face. 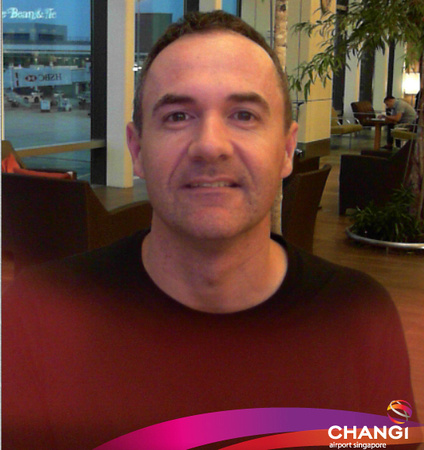 Another thing that SIN has which many airports don’t is free water. Seriously, that drives me crazy to have to empty my water bottle out while going through security and then be forced to buy expensive water once you are airside. There are drinking water taps everywhere.

The food is also reasonably priced as well. Noodles and soups can be found from $4SGD. 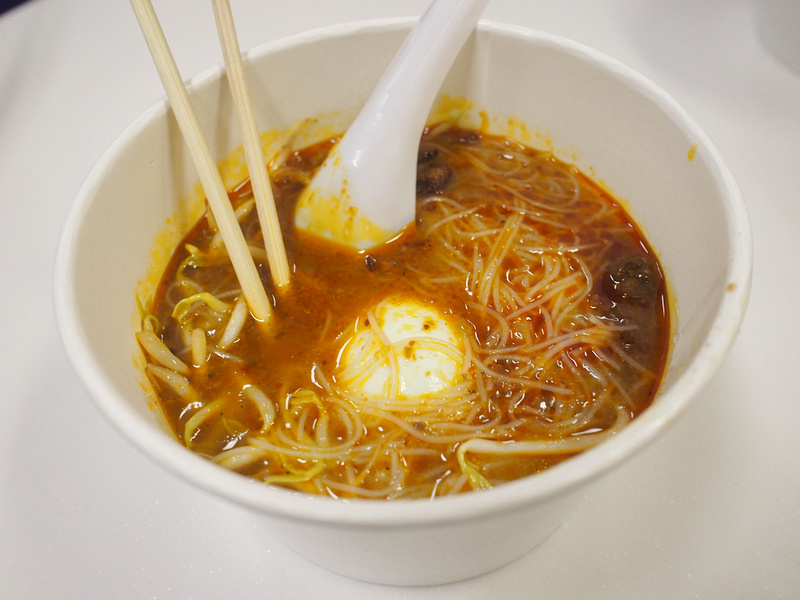 By the time my flight departed my eyeballs were hanging out of my head and I once again swore that I would never again overnight it in an airport, but if I have to do it again I wont mind if it’s at Singapore Changi airport.

If you would prefer not sleep in a chair an airport then check hotel rates here.