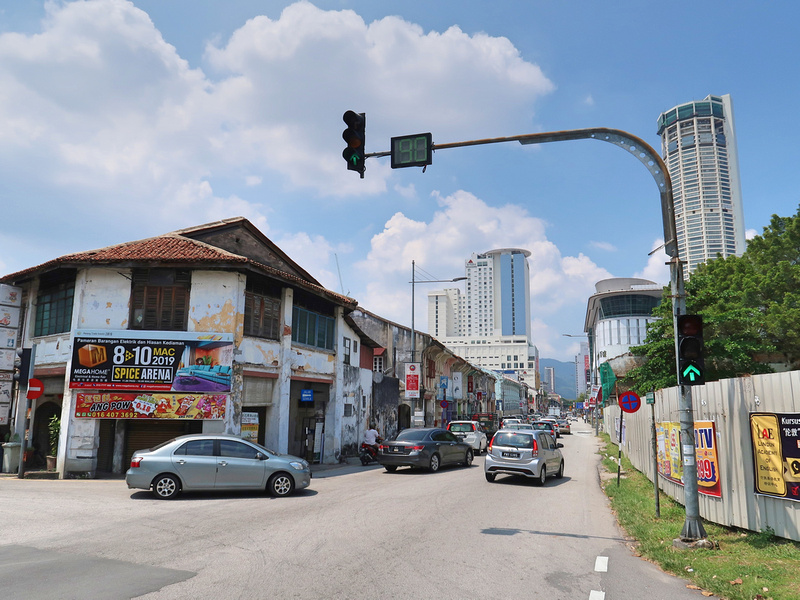 I’ve been a frequent visitor to Penang over the last decade, being one of the few places I visit on an annual basis. I spend most of my time wandering the streets of the UNESCO World Heritage area of Georgetown, as it’s undisputedly the main attraction.

In the last few years though I’ve been lured out of the old town by two cafes, which has lead me to further explore the area south of the old town. This area has a distinct character from the old town. It has a lot of the same architecture, but it’s more run-down as most renovation money has been spent where the tourists are. 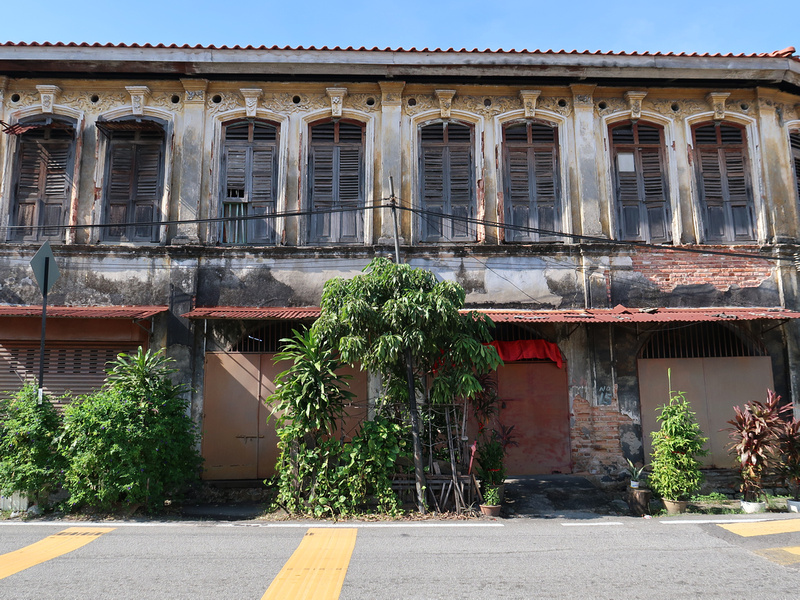 With grungy buildings, cafes in old warehouses, and an arts district being planned, I couldn’t help but think that this area could become known as “The Brooklyn of Penang”. 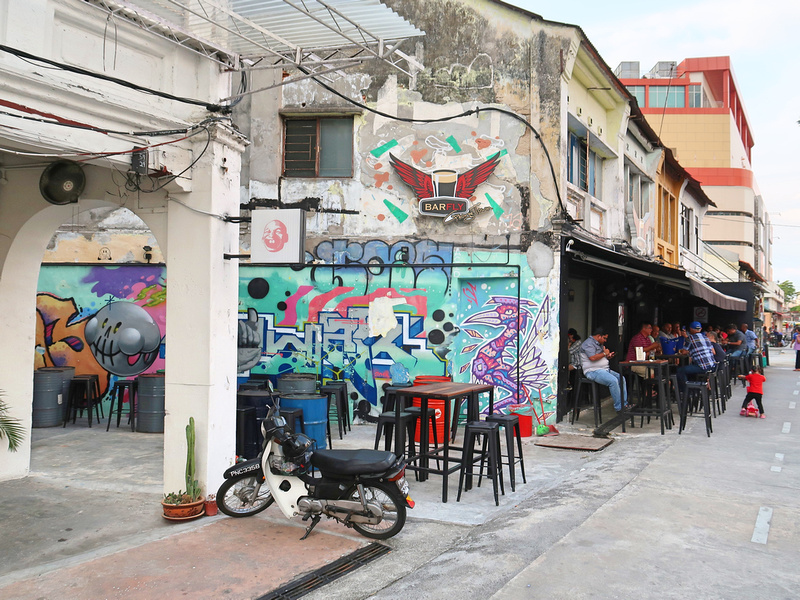 One area in particular – Seven Streets Precinct – is an area I’ve become interested in. These seven streets form a triangle below Magazine Street, and were considered to be included in world heritage status. The precinct was notorious for being a crime-ridden area, and it became a neglected part of the city.

Now this area is being rejuvenated, and as it’s not within the UNESCO protected area it’s changing fast. Heritage buildings aren’t automatically protected here, and there is not the same height restrictions as there is in the old town. 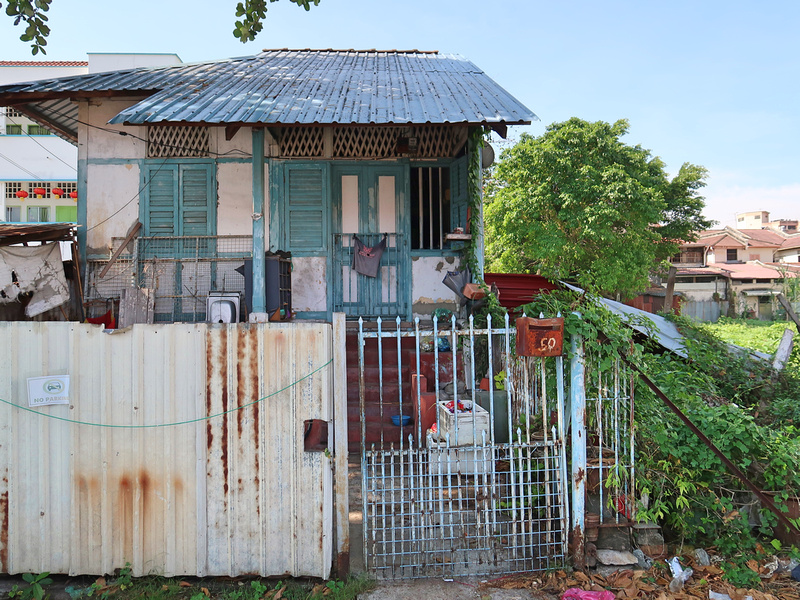 While compiling my list of the best cafes in Penang I found two cafes near this area. These cafes would be hard to set up in the old town, and they are good representations of regeneration done right. Not only are they among my favourites in Penang, but if I was running a listicle site I wouldn’t hesitate to list them in a top 10 cafes of Southeast Asia.

The first cafe is Macallum Connoisseurs Coffee Company, named after the road it’s on. I never would have discovered it by walking around, but once you are there it’s hard to miss. MCCC is in a refurbished warehouse that’s home to a cafe, restaurant, roastery, and coffee academy. 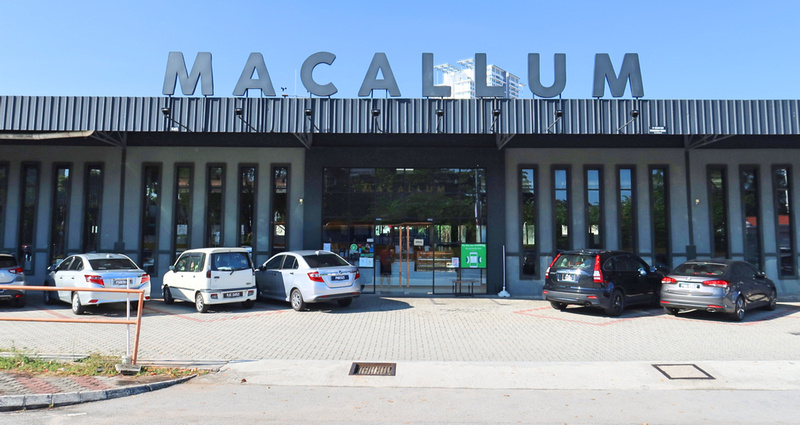 The space is about 8,000 square feet, and there is also parking space on the property (a luxury that few places in the old town have). To open such a cafe in the old town would be a hard task as there are few properties this size (plus the rent would be enormous).

On my last visit I went on the weekend, and it was packed. What a feat to open a large cafe in a place that gets no walk-by foot traffic, and being able to fill it. This is truly a case of “build it and they will come”. 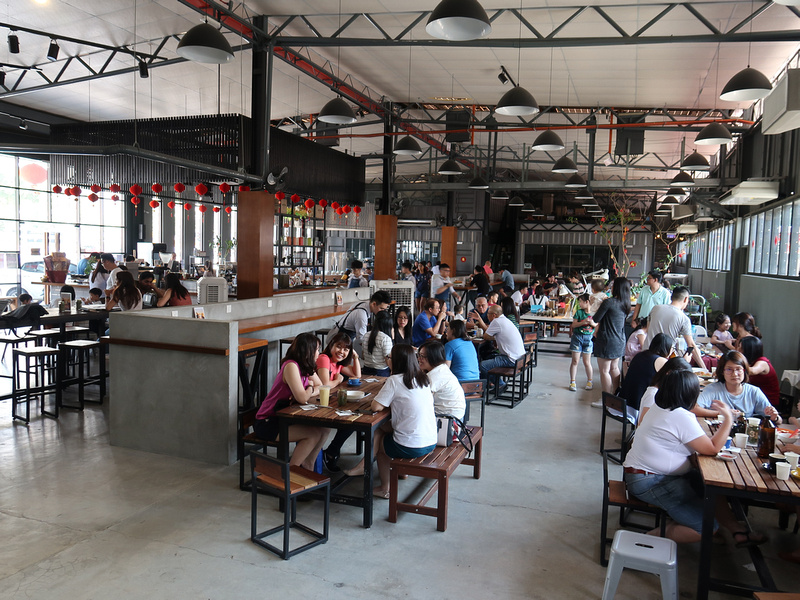 The other cafe is Bricklin Cafe Bar. This cafe is in an abandoned Art Deco bus depot, 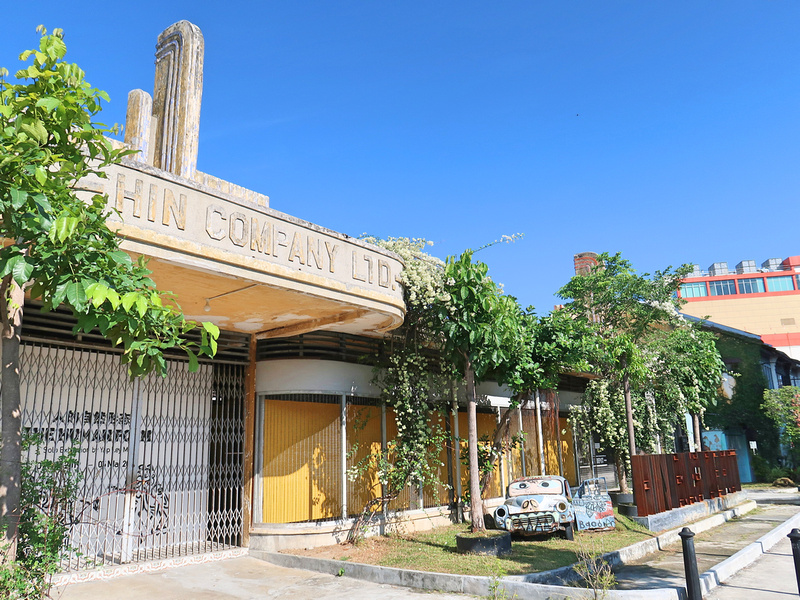 Behind the cafe the ruins have been turned into a park and weekend market. 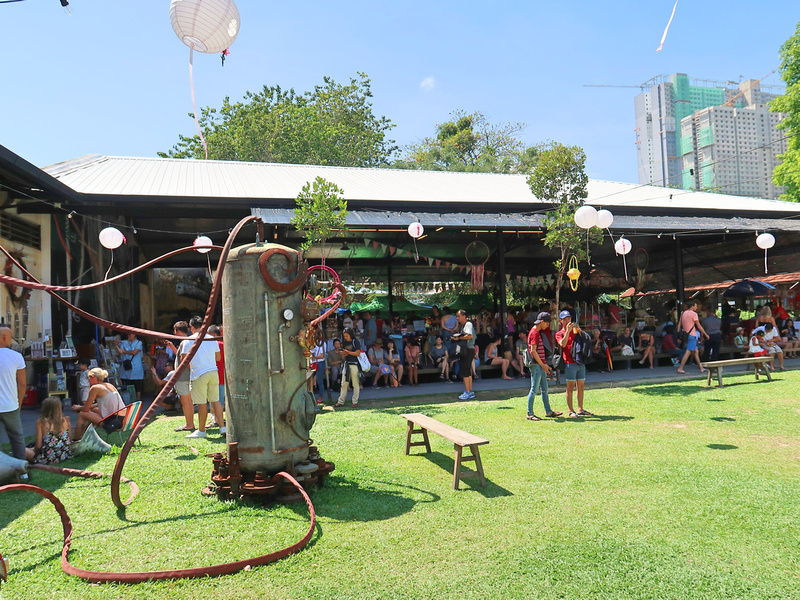 The cafe has a modern interior while the faded facade has been preserved in its dilapidated state. 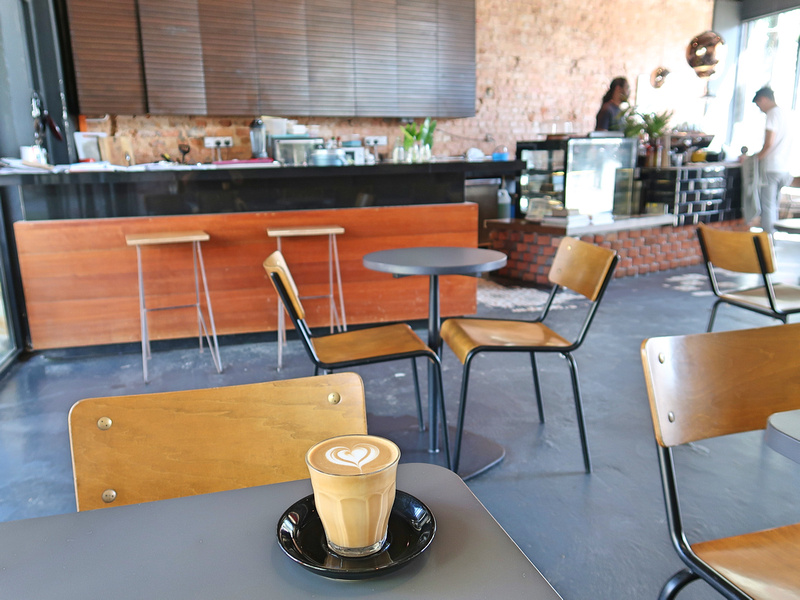 Nearby Bricklin a new city is rising up behind the park. I collate a list of Penang construction projects, so I went and had a look. 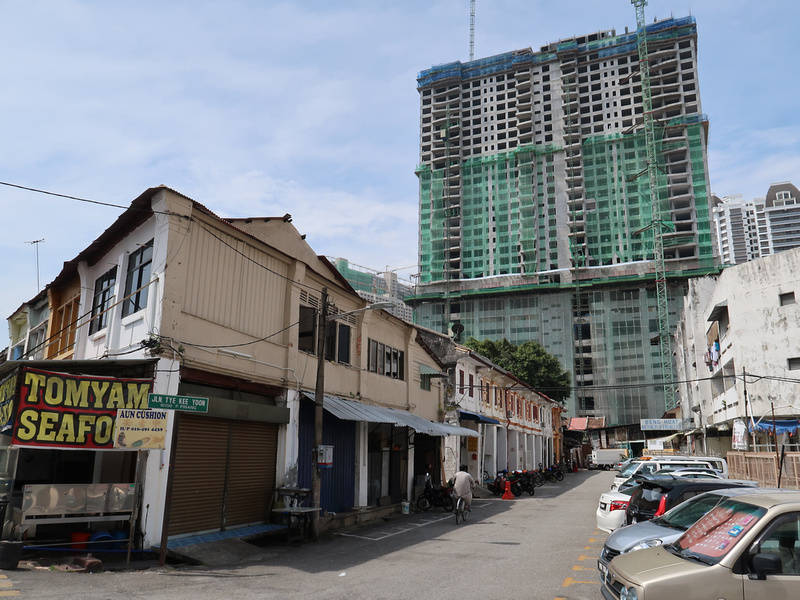 There are two apartment towers going up next to the Times Square mall, and nearby there is a public housing development. This area is starting to look like a city unto itself, and in a few years time I can see the new apartments becoming popular rentals for digital nomads. 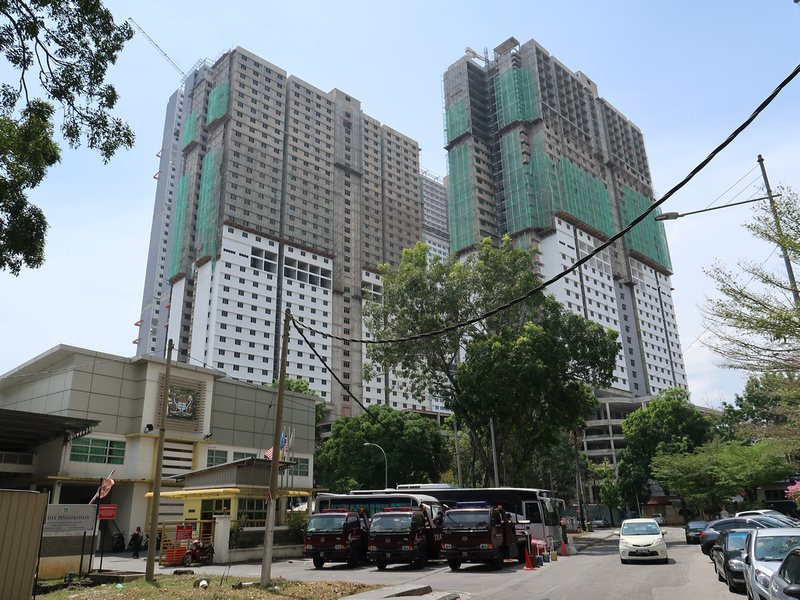 Around Macallum Cafe there is a good stock of old buildings, and many of them are boarded up with the intention of being renovated. 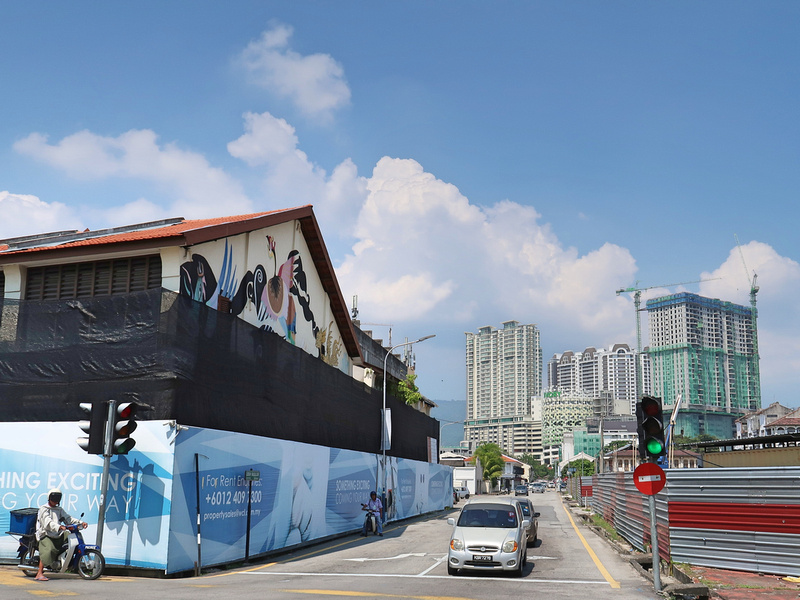 While it’s great they are being saved, it has come at the cost of long-time residents and businesses being evicted. There are also more empty blocks, so expect to see more new towers. 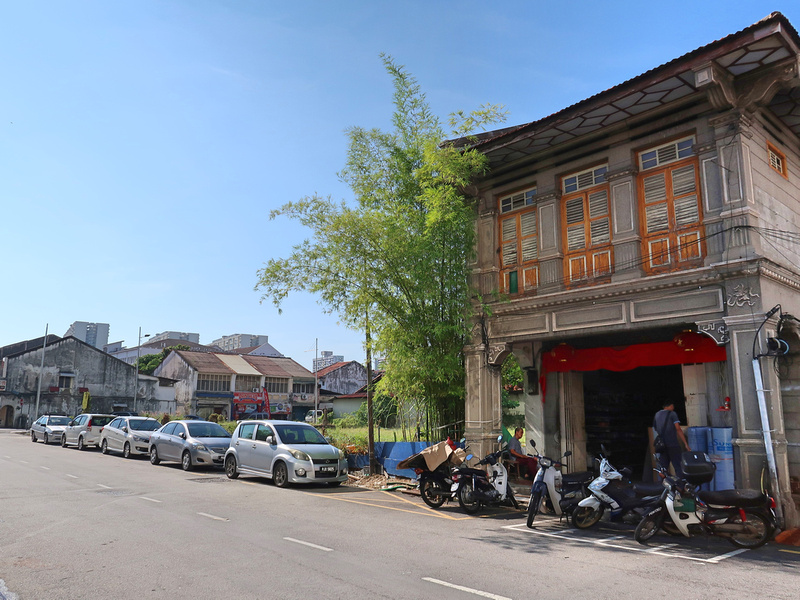 To the south of Seven Streets Precinct is a new apartment tower that dominates the skyline. I was curious to see what it was, so I walked in that direction. There are still so many shophouses in this area, and walking around it seems obvious that this area is ripe for becoming a hipster neighbourhood. 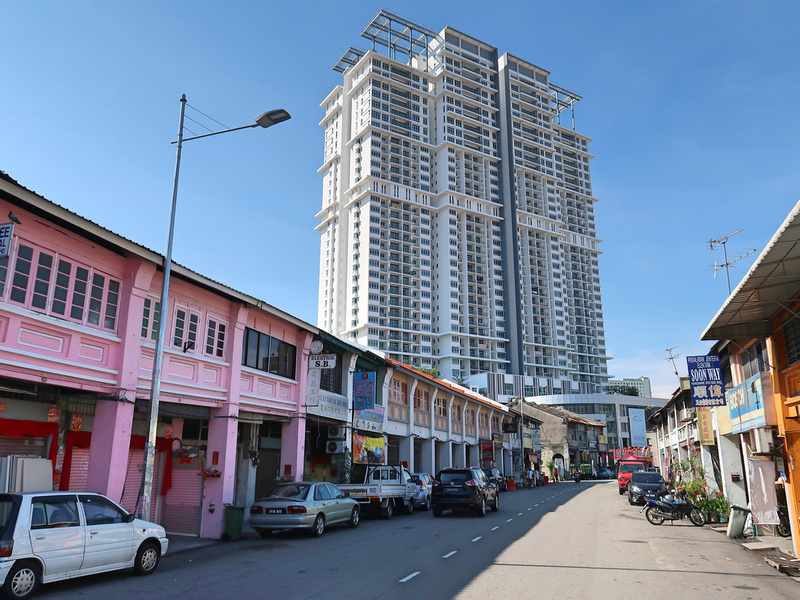 This ruined row of shophouses would be perfect for a hybrid building that merges old and new architecture. It would be a giant project for an architect looking for a challenge. 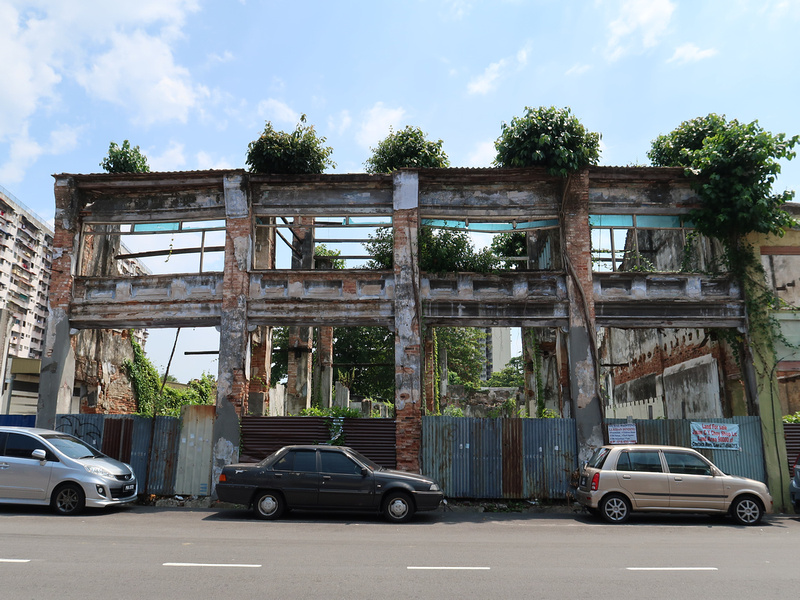 Running down the middle of the Seven Streets Precinct is McNair Street. 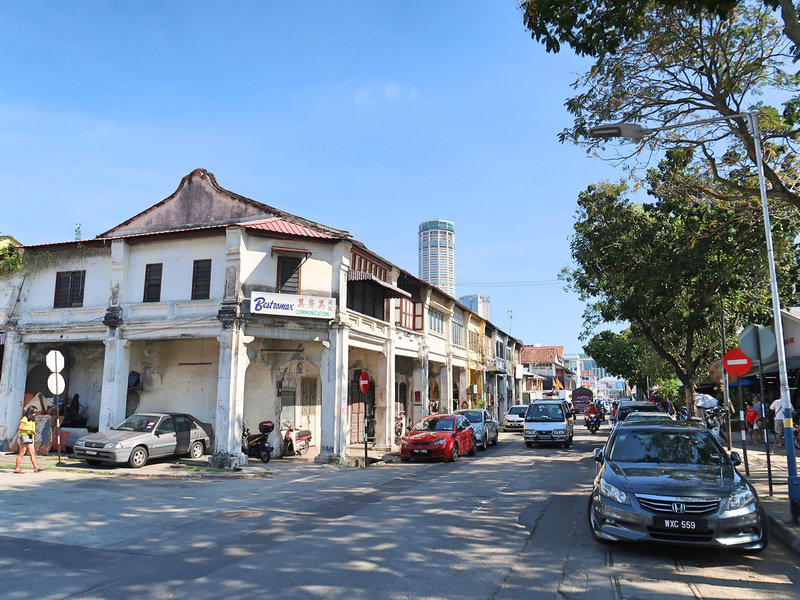 Along here is the Cecil Street market, which is one of the biggest markets in Georgetown. 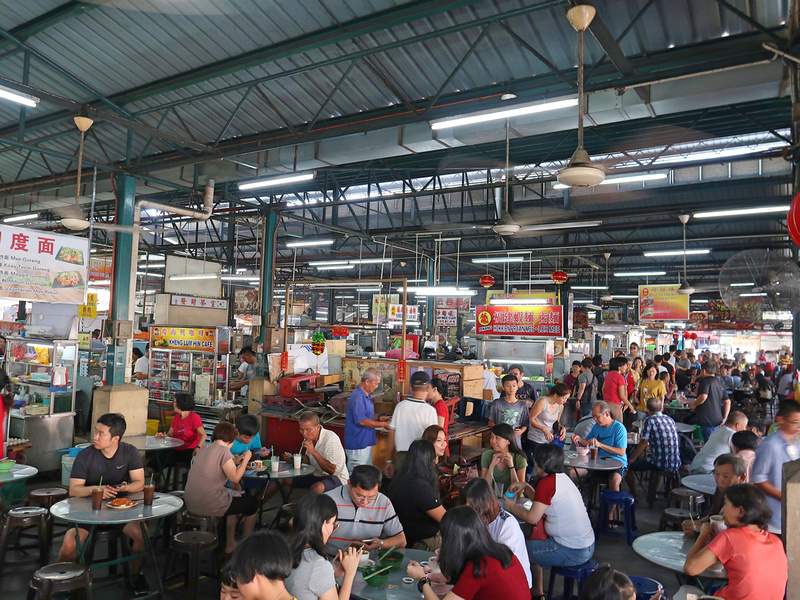 Another sign of looming gentrification is the planned Penang Art District. This is just below the old town, adjacent to the Seven Streets Precinct.

This art space will be made up of shipping containers and it will include art galleries, exhibition spaces, museums, art and music studios, and art workshops.

Next to the PAD will be the Macallum stop on the planned LRT that will connect George Town to the airport.

While looking for a name of this area outside of the old town I ended up going down a rabbit hole and emerged unsatisfied with my findings. 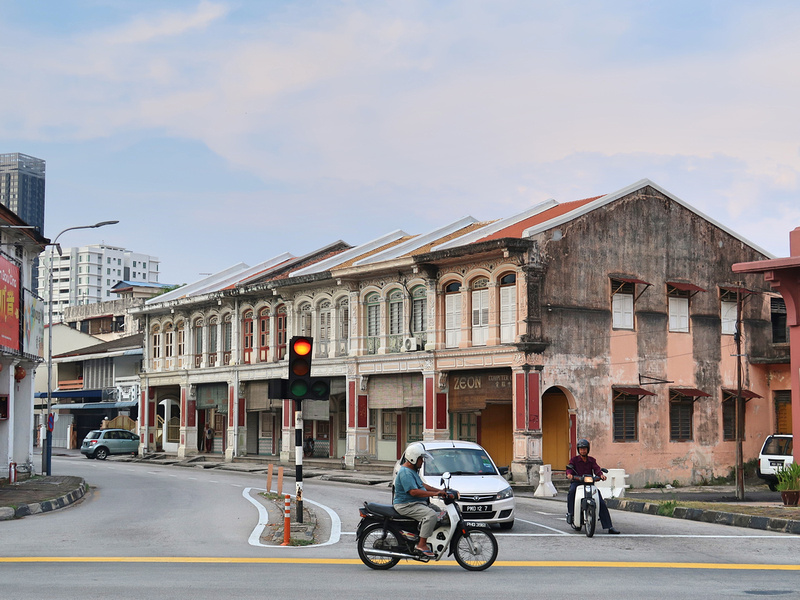 Lets start from the top. Penang is one of the states of Malaysia (of which there are 13 states and 3 federal territories). The state is made up of the island of Penang (Pulau Pinang) along with the stretch of land on the peninsula that faces the island (Seberang Perai). 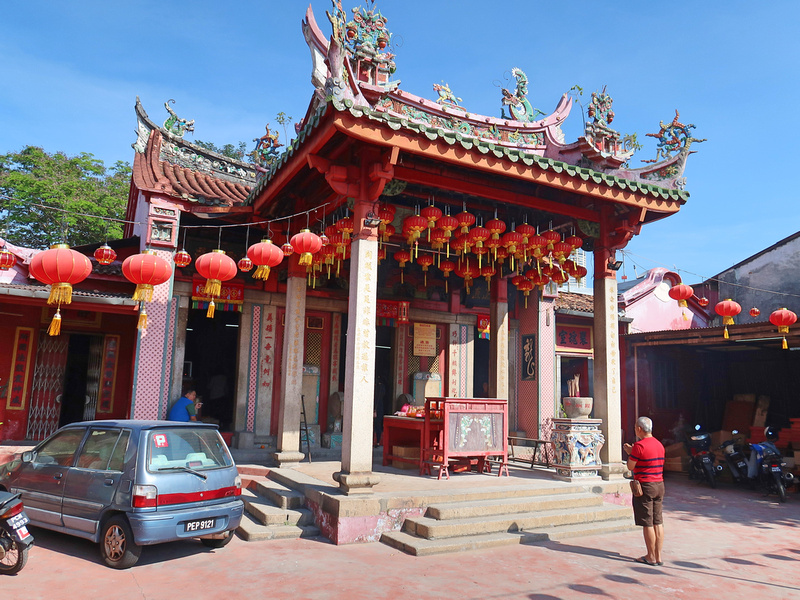 On Penang Island is the historic Georgetown area, in the northeast corner of the island. George Town is also the capital of the state of Penang, which makes sense given it is the principal city. What doesn’t make sense is that in 2015, the city of George Town was expanded to cover the entirety of Penang Island and five of the surrounding islets.

That means that rather than Georgetown being a distinct suburb of Pulau Pinang, the name is used for the whole island.

For example Bayan Lepas near the southeastern tip of Penang Island is now considered as part of George Town. Bayan Lepas is home to the airport and Free Industrial Zone. This area was dubbed as dubbed the Silicon Valley of the East due to electronic companies setting up factories here.

George Town is such a distinct place that is synonymous with the old town, that it doesn’t seem right that the industrial zone of Bayan Lepas should share the same name. I think it would be better branding if Penang Island had names that are distinct from each other, just as Singapore has distinct areas on the island. Keep the name of George Town for the old town, and work on marketing the other suburbs for their own attributes.

Without a proper neighbourhood name for the southern area outside the old town, I’ve taken it upon myself to do some naming. For this exercise I look to New York, which is the home of neighbourhood rebranding.

Seeing that the old town is above Magazine Street (see the map near the beginning of the post), what about naming the area below the heritage area as SOMA – South Of MAgazine.

[Magazine Street – to the left is the Seven Streets Precinct.]

Magazine Becomes becomes Macalister, so it could also be SOMA SOMA (South of Magazine, South of Macalister), or SOMAMA. The last two are a bit of a mouthful, so SOMA would probably be better.

SOMA, Seven Streets Precinct, and Penang Art District would be neighbourhoods within a new suburb of South Georgetown (or just South George) that is distinguishable from Old Georgetown (Old George?) 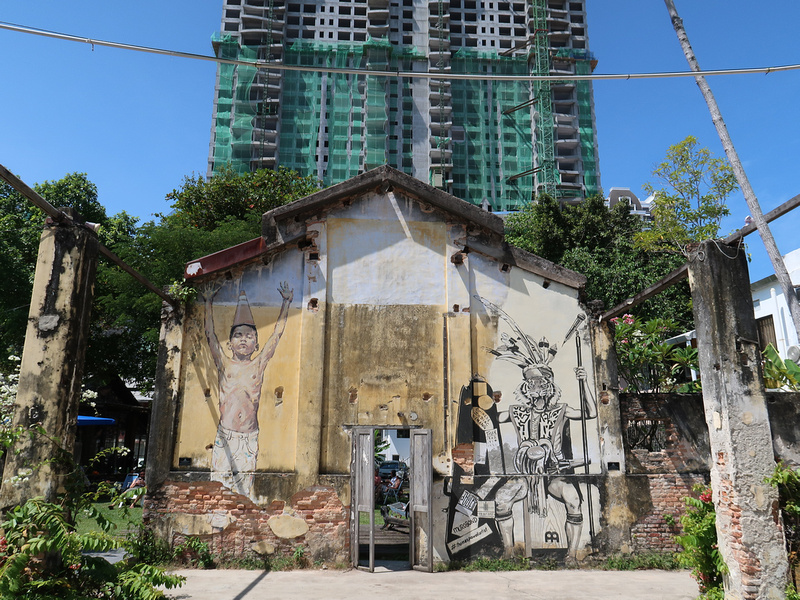 With new apartments next to heritage architecture, South Georgetown could become a vibrant place to live in Southeast Asia. It needs to be managed to make sure that it’s not turned into an enclave for the wealthy. The public housing development is a good start, but the old shophouses will need protecting as well. Hot money is already pouring in and sending rents through the roof, which will kill what makes this area interesting. 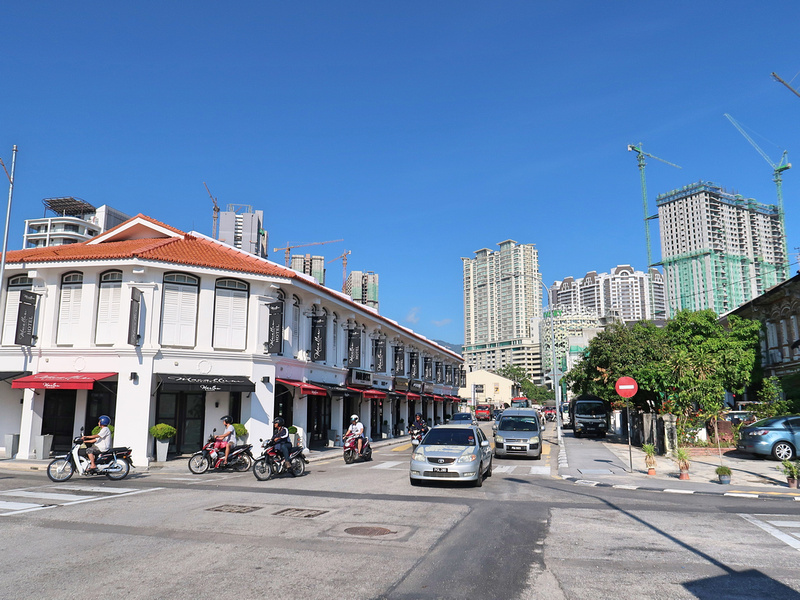 I’ll be watching what happens in this area in the years to come, and hopefully they will find a balance between conservation and development. 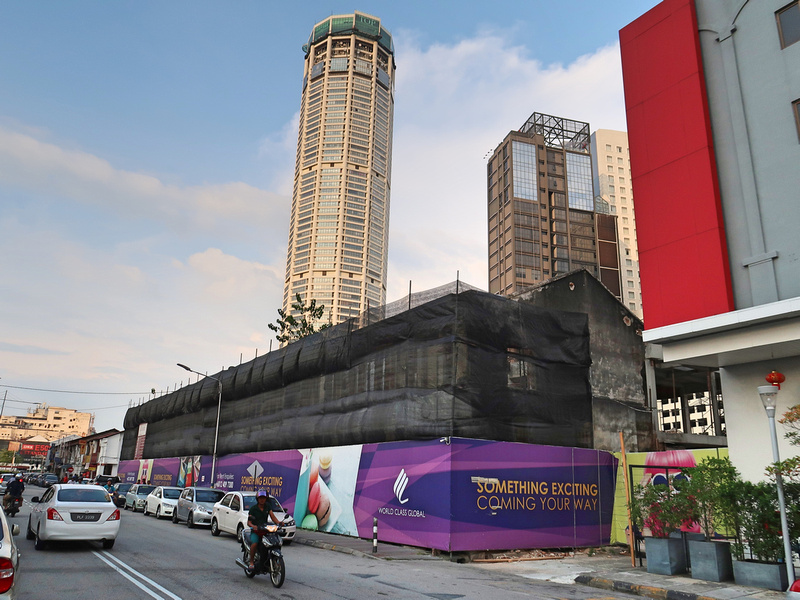