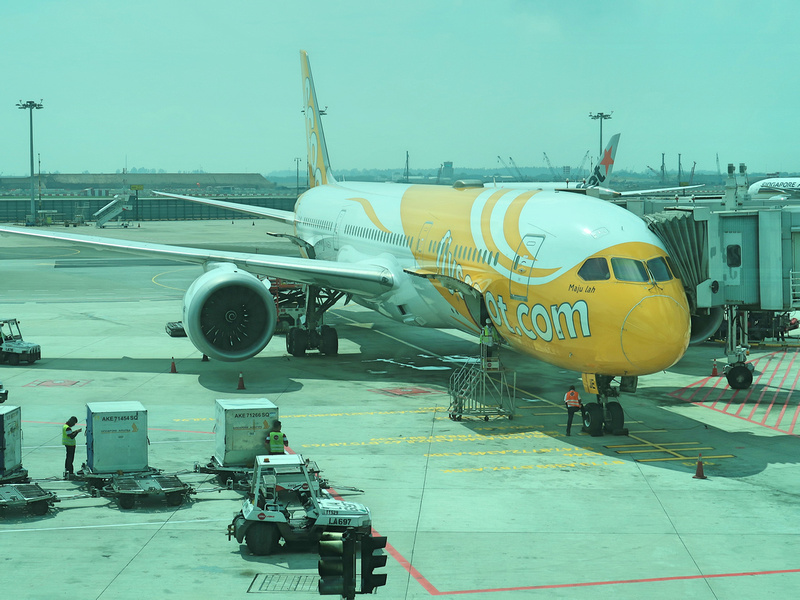 I flew with Scoot from Singapore to Melbourne. The was the second leg of my flight back to Australia, with the first leg being Saigon to Singapore. I wanted a stopover before going back, and I wanted a flight during the day. I looked for flights with Skyscanner and Scoot was the best option for the combination of price and time of day.

I have flown between Singapore and Melbourne a few times before, and I’ve also flown with Scoot from Melbourne to Singapore in 2017. 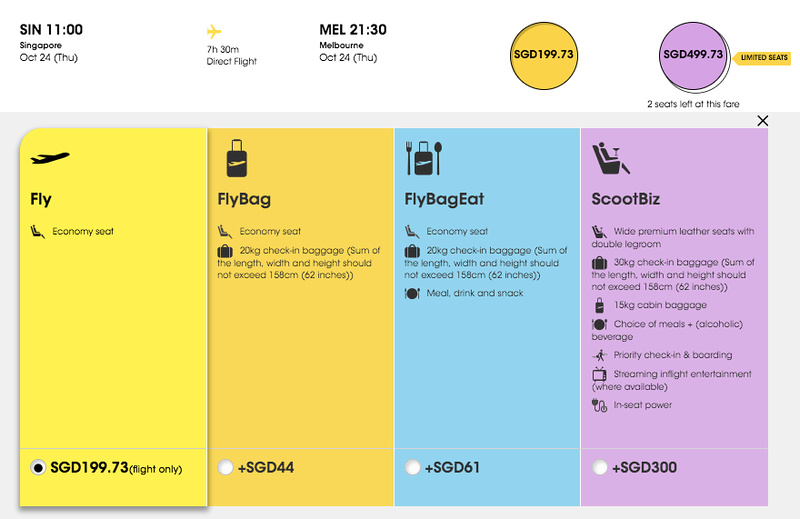 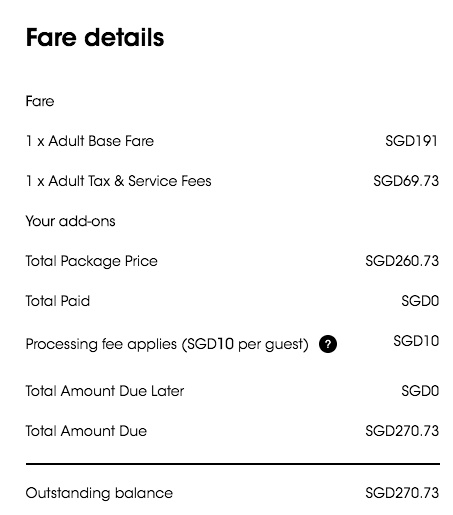 Scoot had moved terminals at Changi Airpot the day before my flight so I was getting regular reminder emails. 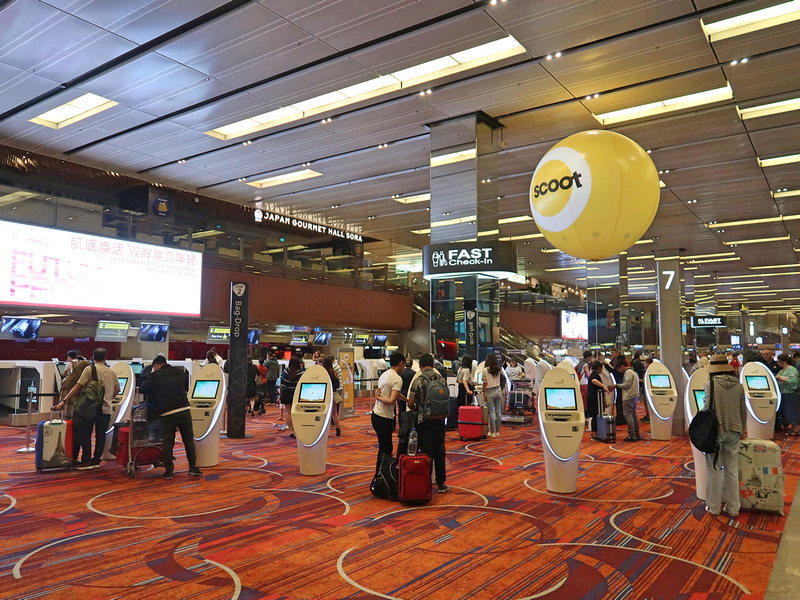 Scoot have a dedicated check-in area with self check-in kiosks. This is good as you can check in any time and there didn’t appear to be overcrowding. Unfortunately for me I didn’t pay extra to reserve a seat, so I was at the whim of the computer to assign me a seat. And you guessed it, I got assigned a middle seat. Sigh. 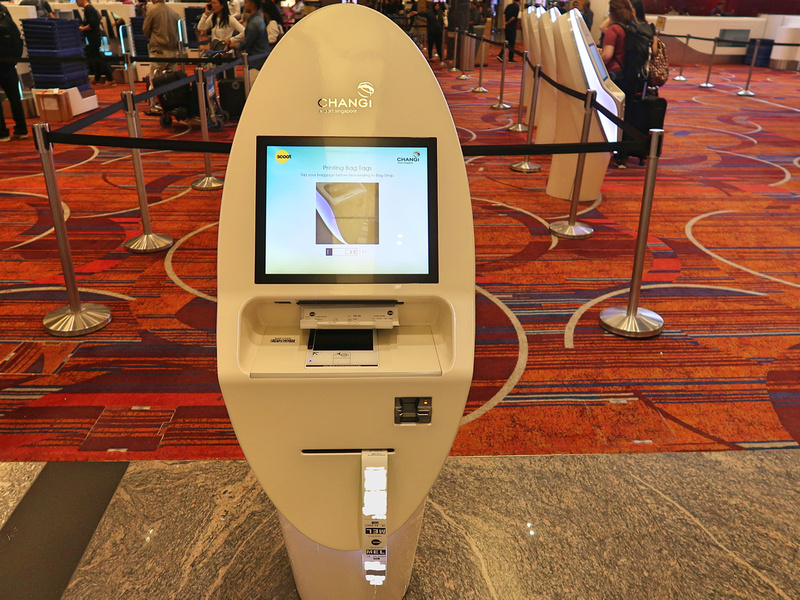 I always get to Changi Airport early as it’s a great place to hang out and get some work done. I resisted taking a snooze on these seats. 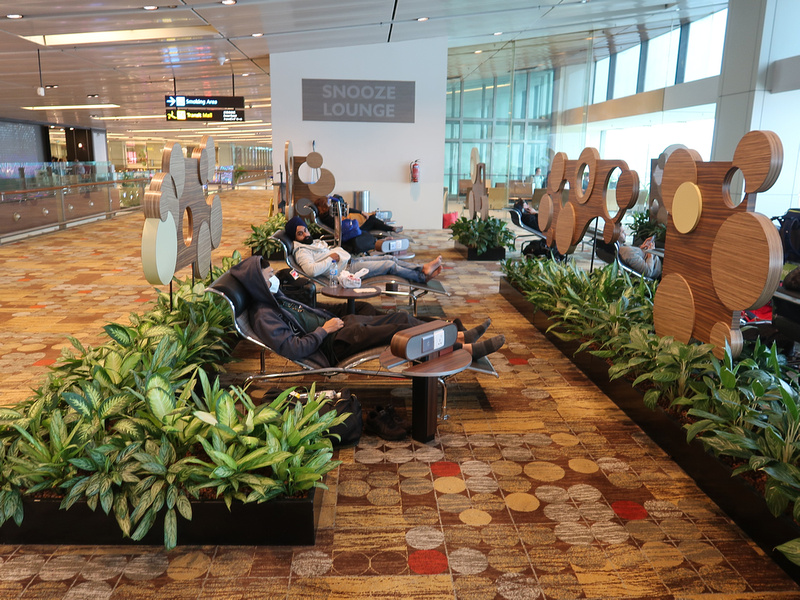 The flight to Melbourne is operated on a 787 aircraft.

Scoot flight TZ 24 departs Singapore at 9:00 and arrives in Melbourne at 21:30, for a scheduled flying time of 7 hours and 30 minutes. 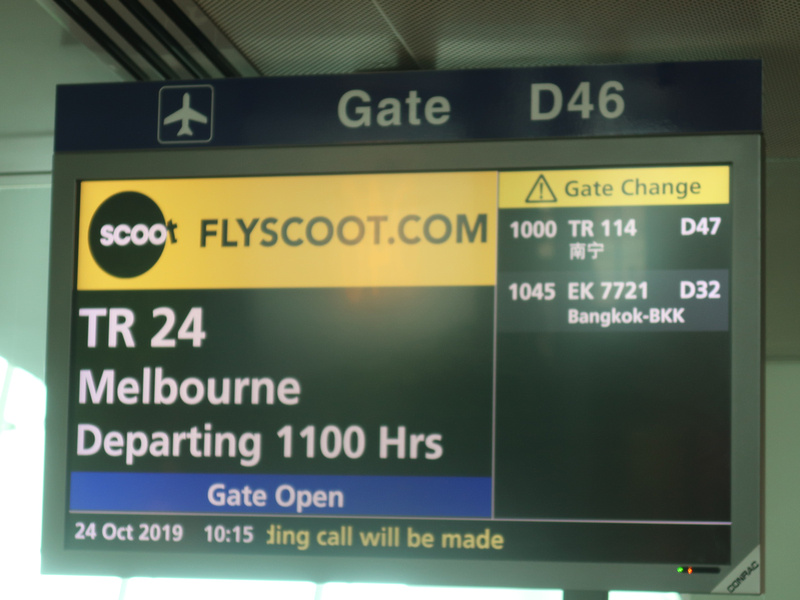 Unlike the Scoot short haul flights operated on A320 aircraft, on the long haul flights they do provide adequate leg room. The seats though are 9 across on a 3-3-3 configuration, while Boeing had sold the flying public the dream that the 787 Dreamliner would be 8 across seating. 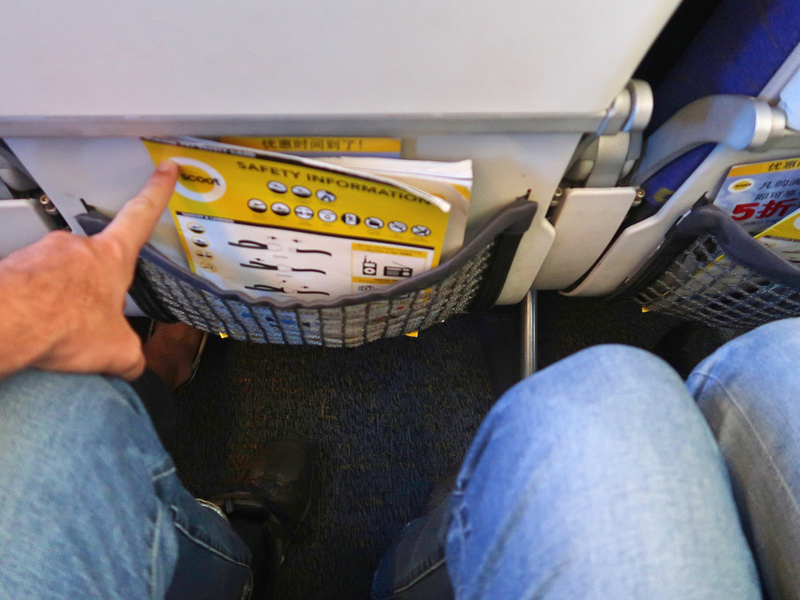 Scoot – The inflight magazine of Scoot. 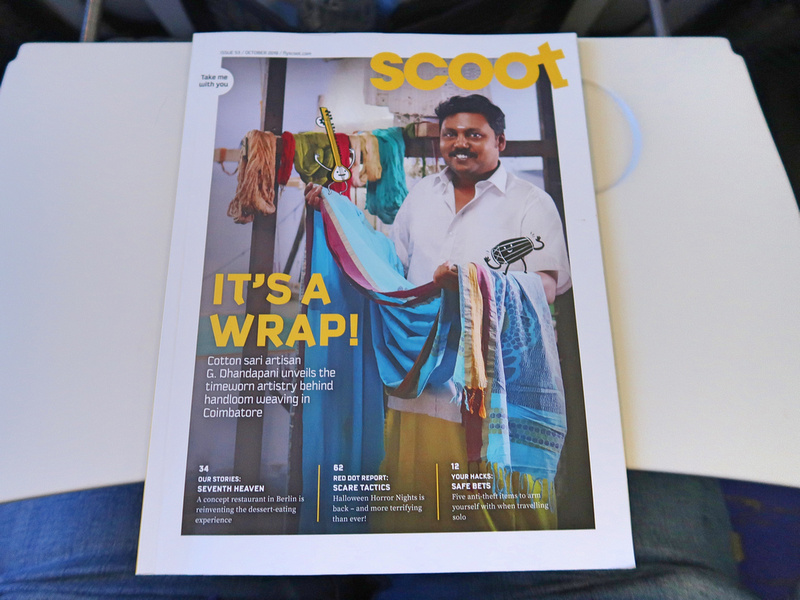 The destination map of Scoot. There are no route lines, but you can just assume that all lines lead to Singapore. 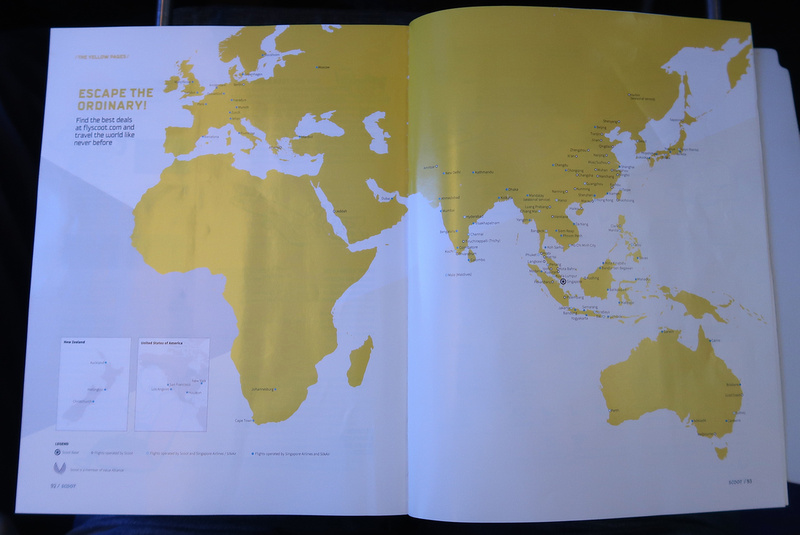 There is no inflight entertainment units, so it is up to you to keep yourself entertained. I like the day flights as I am able to do some work in that time. I also bring my Kindle so I can read a travel book. 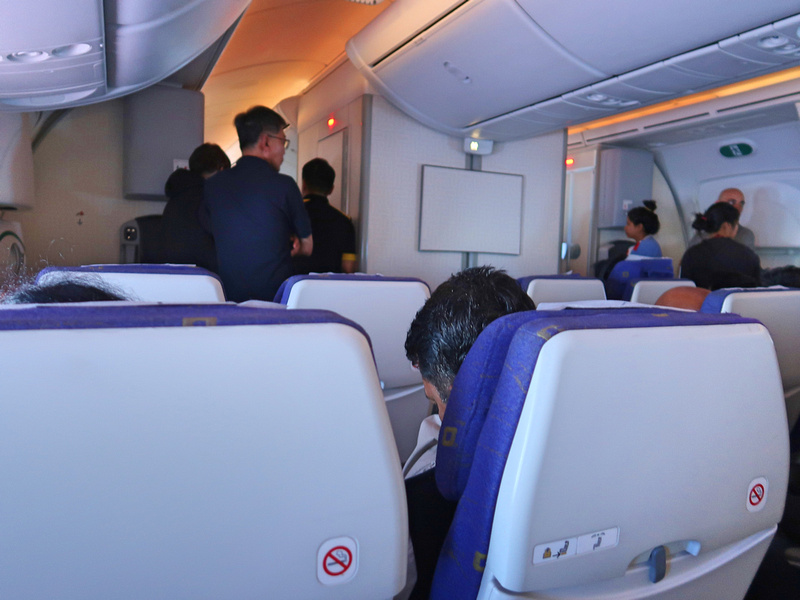 Wifi is available to purchase if you are having withdrawals from the internat. I personal like the enforced offline time that flying provides. 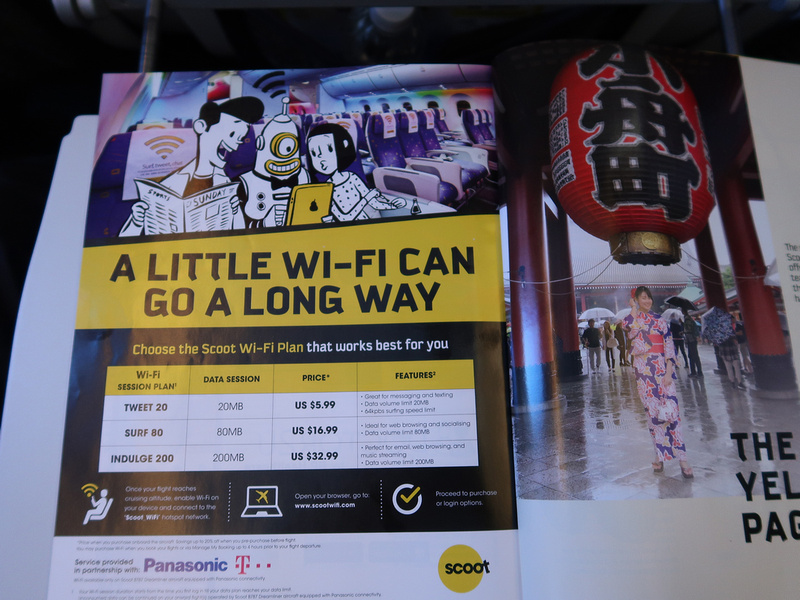 I ordered dinner when I booked my ticket, and I’m glad I did. I got a chicken and rice, and it came with a big block of chocolate. 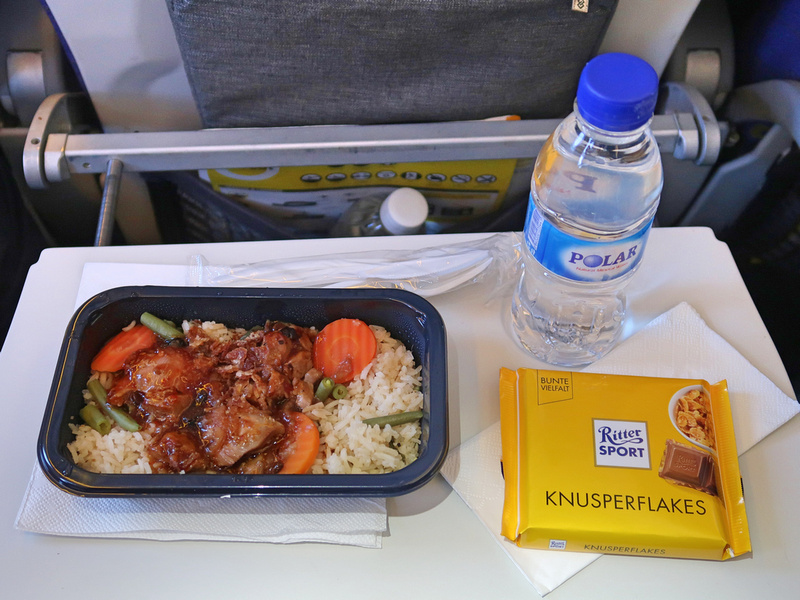 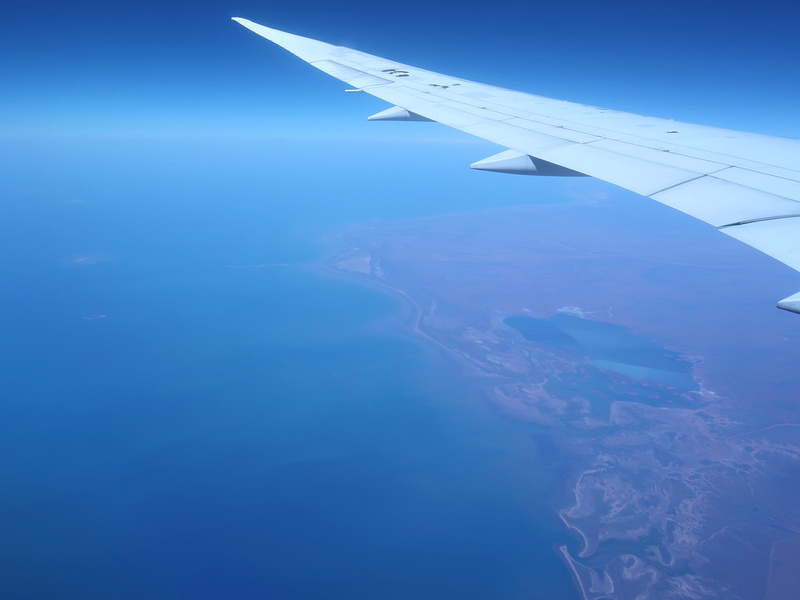 when flying from Singapore to Melbourne most of the trip involves flying over desert. It’s a big and empty country in the middle. 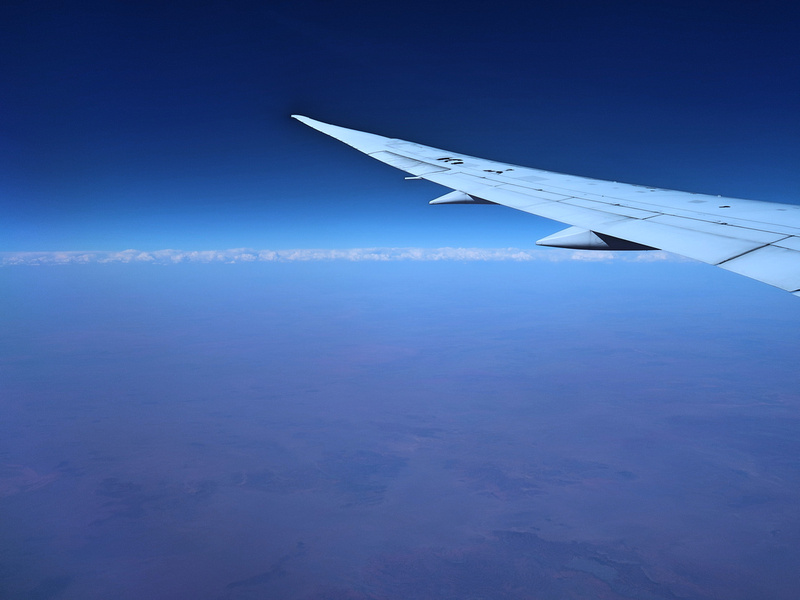 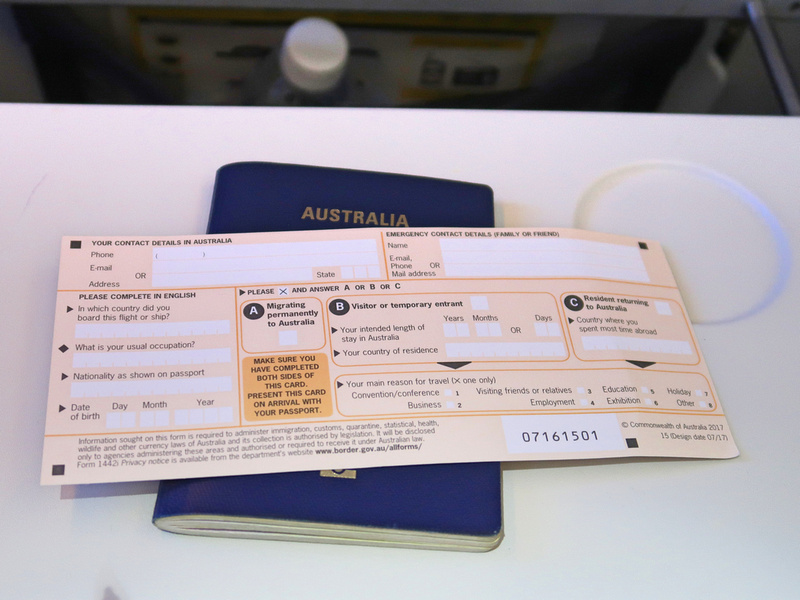 Our flight had to do some circle work near Melbourne due to congestion, so in the end the flight was 10 minutes late.

Immigration in Australia has gotten easier now with facial recognition technology instead of lining up to be interviewed by a passport official. 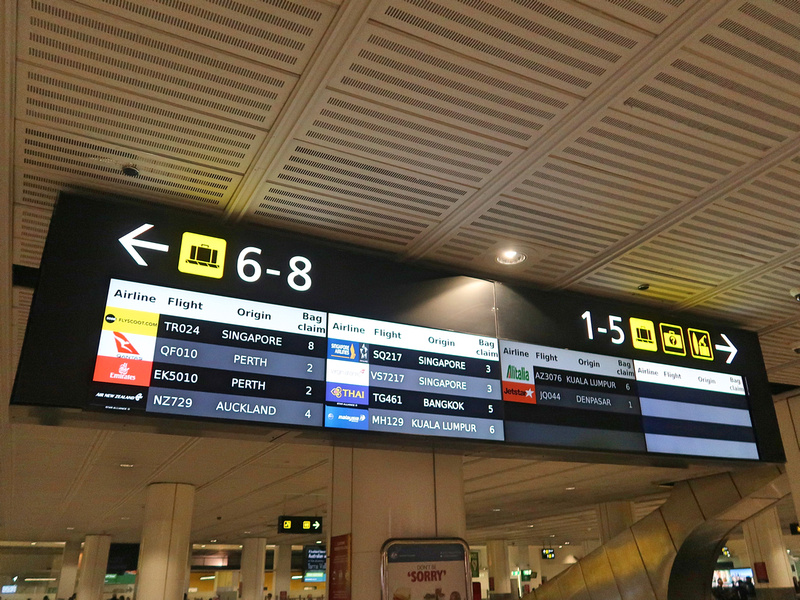 Overall this was a good flight option for getting from Singapore to Melbourne.