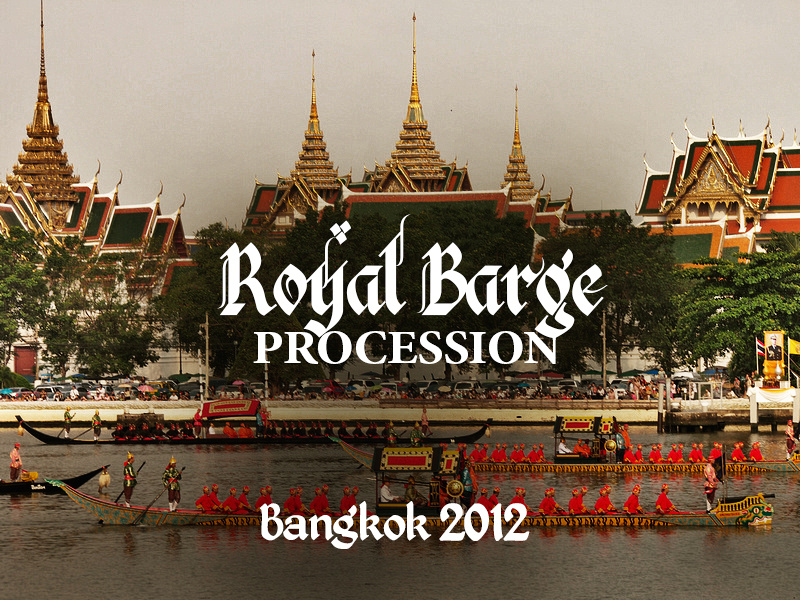 The Royal Barge Procession on the Chao Phraya River in Bangkok is one of the great spectacles of Thai royalty. This event has only been held 16 times since 1959, and the 2012 procession was meant to be in 2011 but it was was postponed due to the flooding.

The official event is on the 9th of November. Before the main event there are two dress rehearsal days, which where held on the 2nd and 6th of November. These photos are from the 6th.

The official title of the event is… 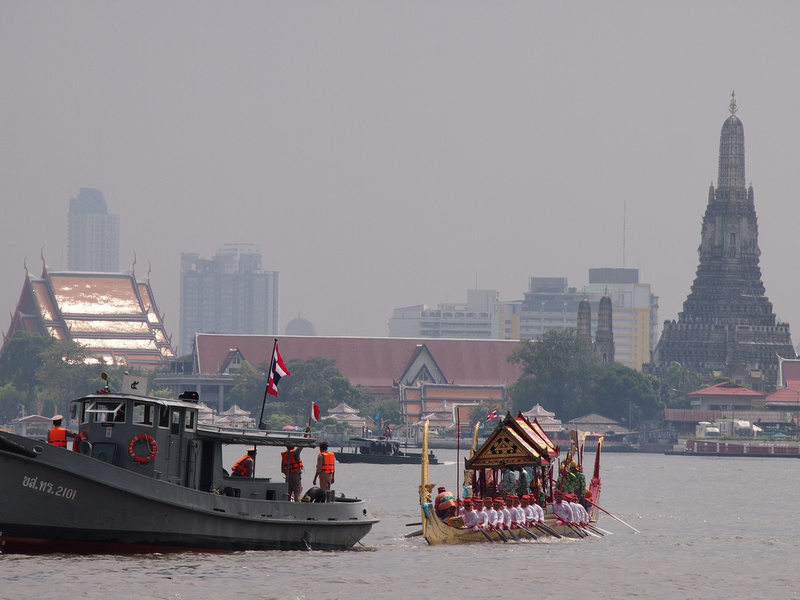 The barges are stored at the National Museum of Royal Barge and they are towed to the starting line up the river. The event is put on by the Royal Navy and all of the rowers are also from the navy. The barges will finish at Wat Arun (pictured). 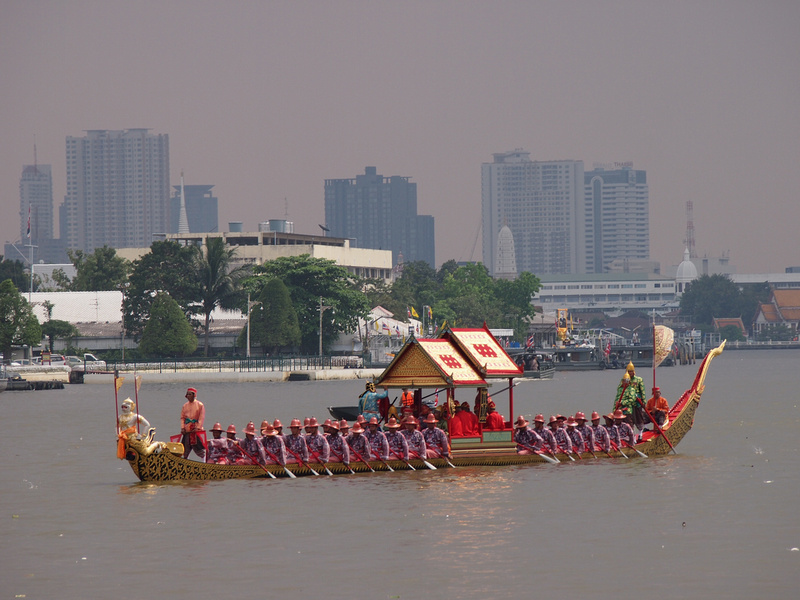 We had a cloudy day to start, but the occasional burst of sunshine really lit up the gold on the barges. 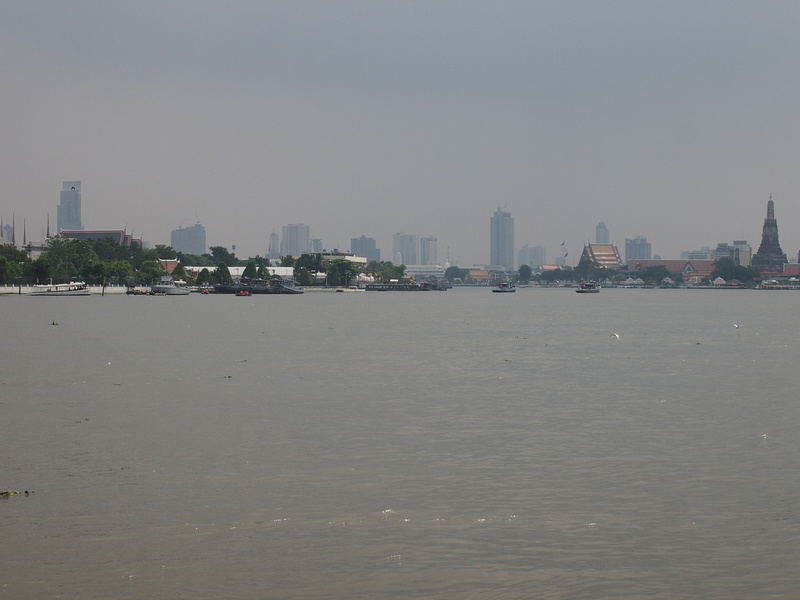 To those have not been to Bangkok this picture might look like just a bunch of water. I found this view just as fascinating as you will never see the Chao Phraya River looking so lonely. There is usually barges, ferries, and all kinds of small boats on the river leaving it in a permanent state of choppiness. The river was also cleaned of vegetation to give the rowers a clean path. 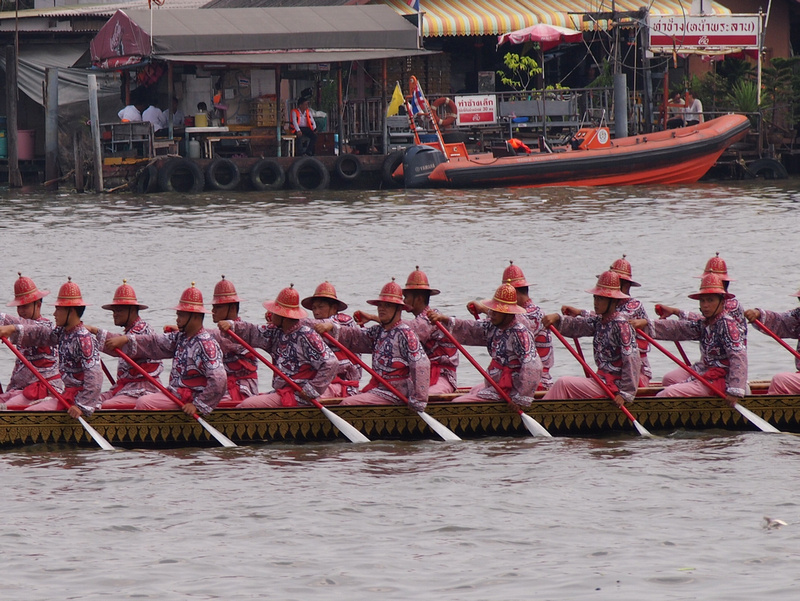 Rowing up river to the start. 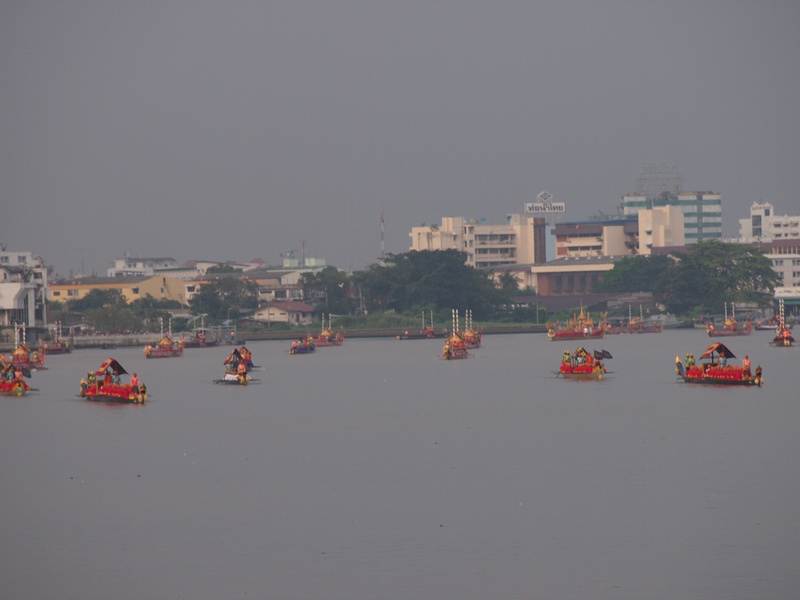 The procession begins as the flotilla makes its way down the river. 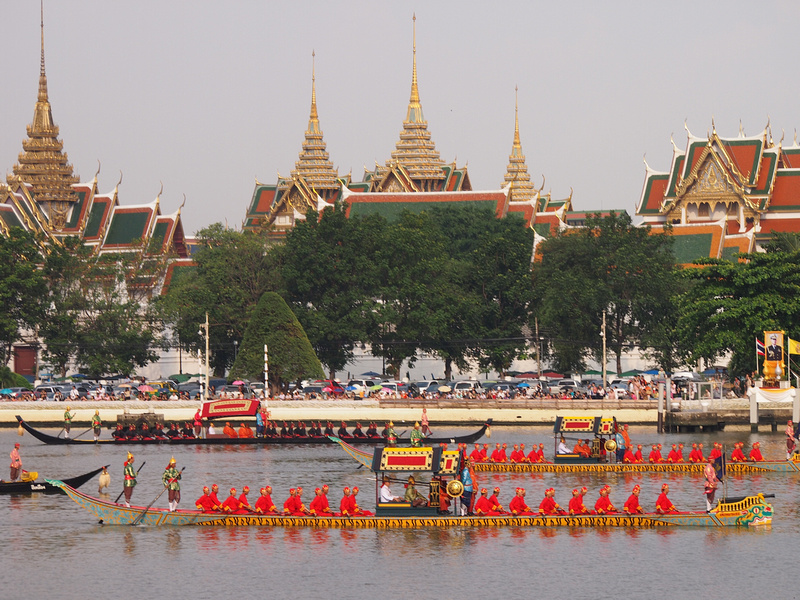 In all there are 52 barges that make up the procession. The Grand Palace made for a stunning back drop from our vantage point. 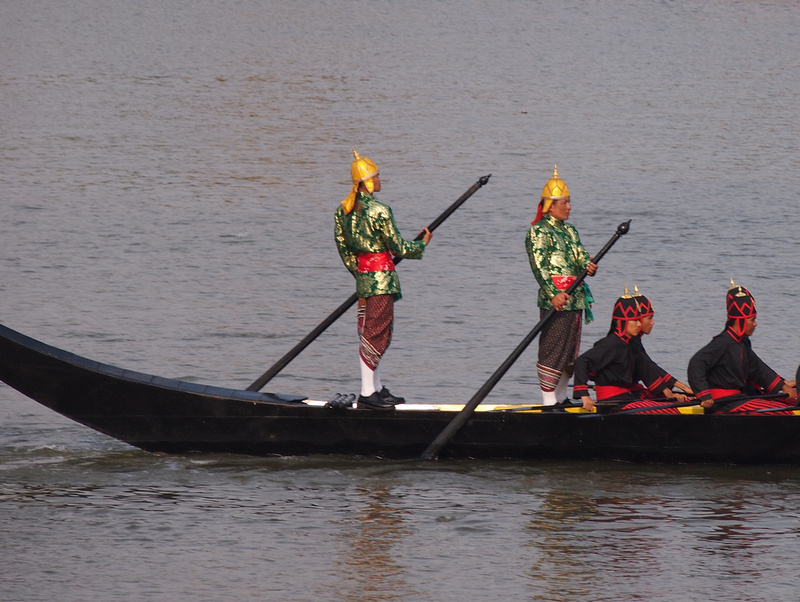 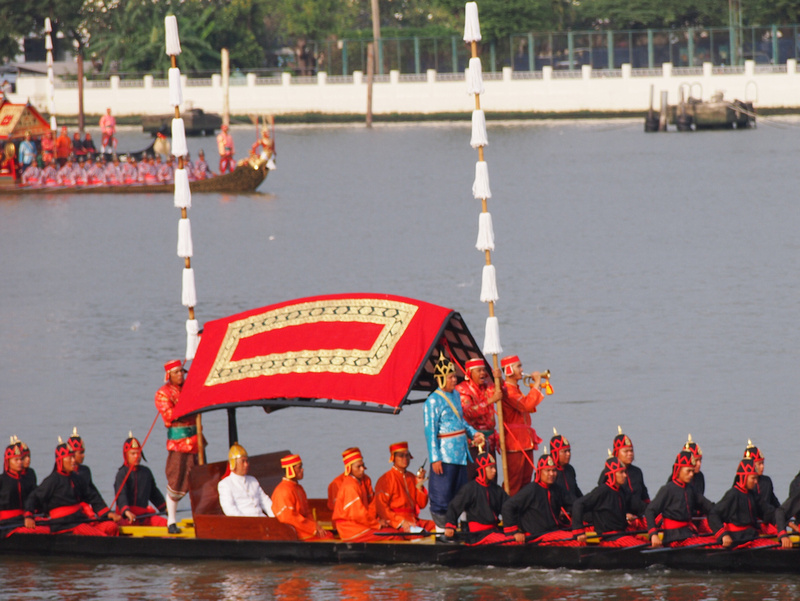 In addition to the visual spectacle there is also the boat song chanting. One man leads with a haunting chant with a response from over 2,300 crew. Mixed in with the chanting are the beating of poles which keep the rhythm of the rowers. With each boat amped up and no other sound on the water the chanting carried beautifully down the river and remained in my mind for some time, until it was dislodged by some terrible Thai pop song later that evening. 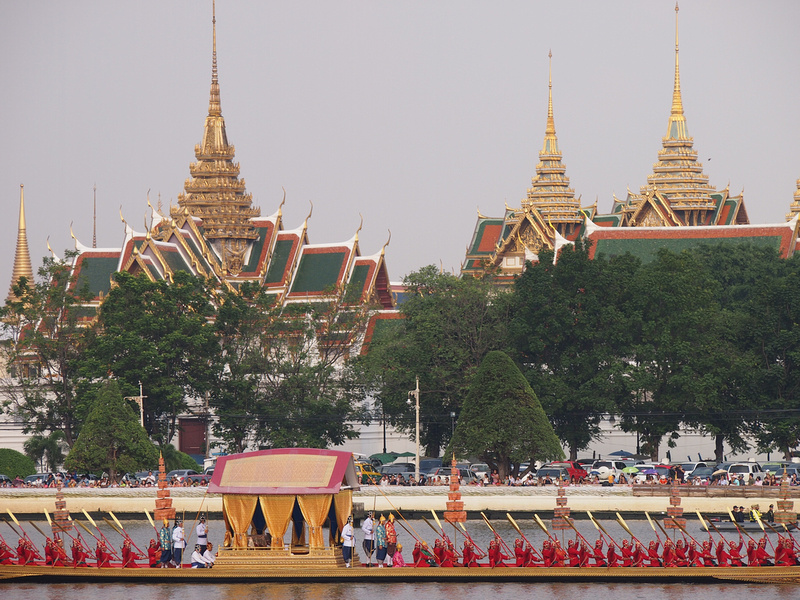 Barge with oars up. 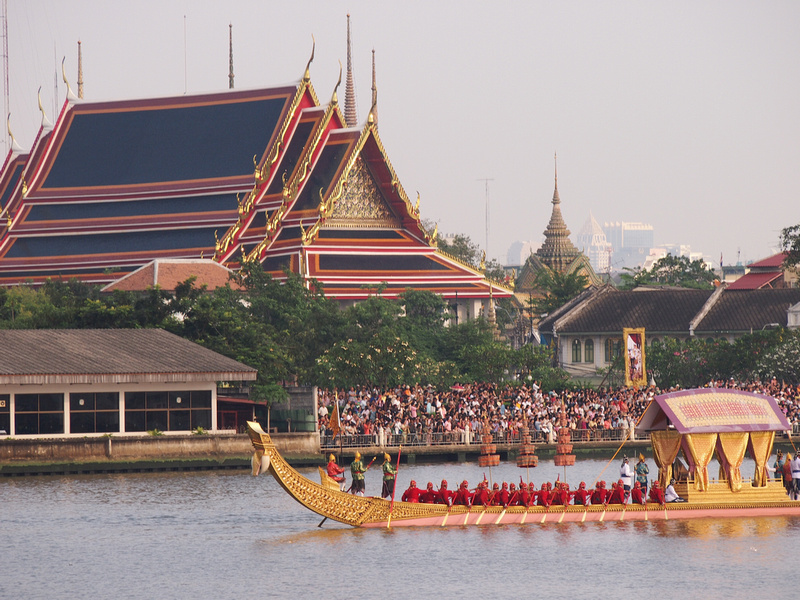 Barge passing Wat Po on the way to Wat Arun.

The main event (The Royal Kathin Barge Procession) is on Friday, November 9 from 3 pm. to 4pm. Tickets are available for seated areas but you can also try your luck at some free spots. Check out this map of where to watch the Royal Barge Procession.

[I attended the rehearsal day as a guest of Tourism Thailand.]