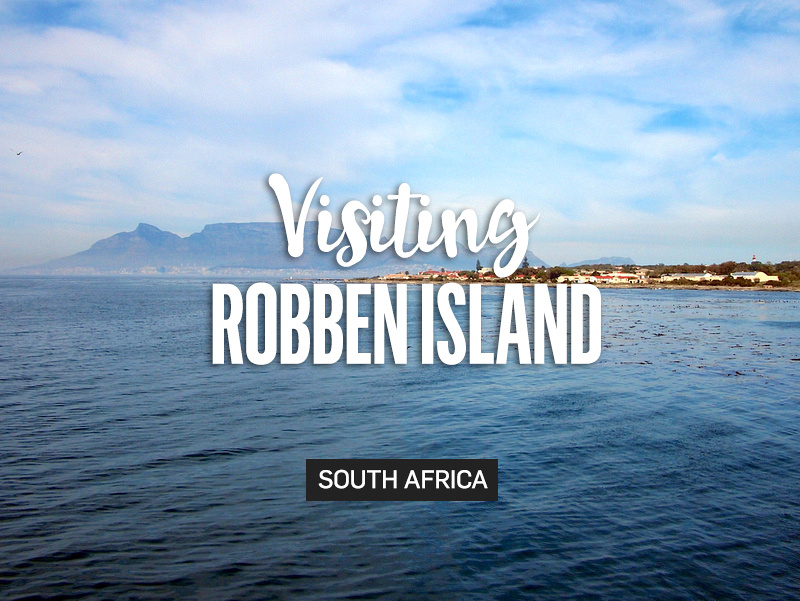 Cape Town has a range of museums and memorials remembering the era of apartheid. The most well-known symbol of apartheid is Robben Island, where Nelson Mandela spent 18 of his 27 years in prison.

Robben Island is about 7km off the coast of Cape Town at its closest point, and it has served as a prison since the 17th century, when the Dutch realised its potential as a prison. 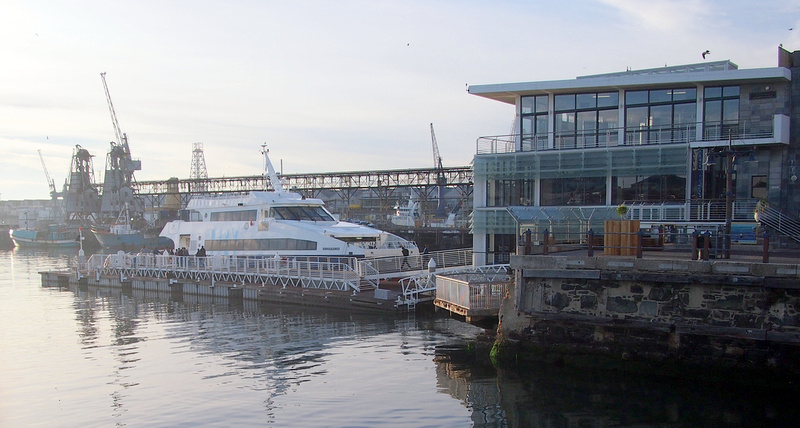 Before you go though visit the Jetty 1 Museum, which is also at the V&A Waterfront. This jetty is where ferries would take prisoners, guards, and supplies to the island. 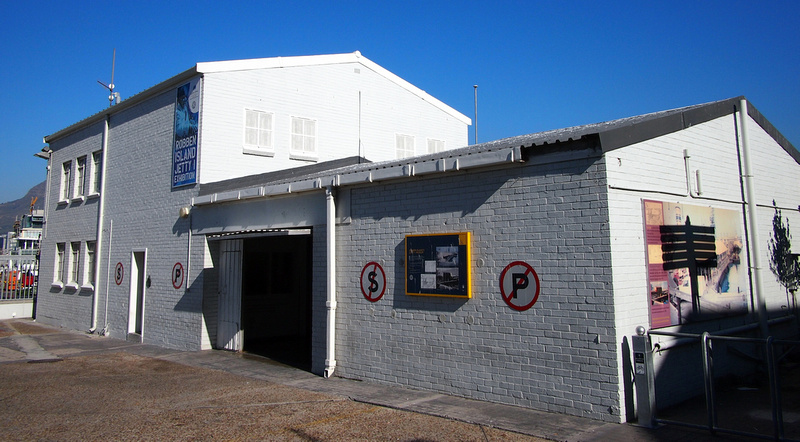 This ferry terminal houses a small collection of photos and artifacts of the jetty’s role in the processing of prisoners. 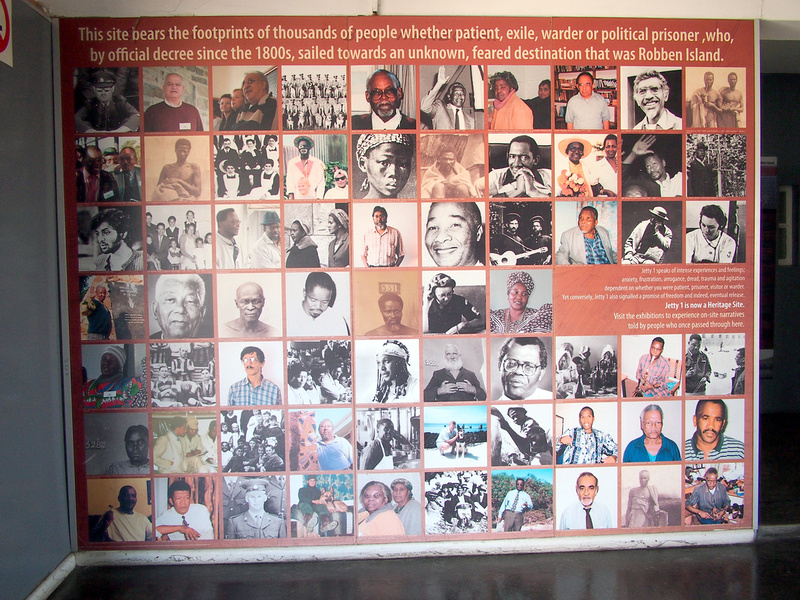 At the ferry terminal there is more information about the apartheid system and those who opposed it. 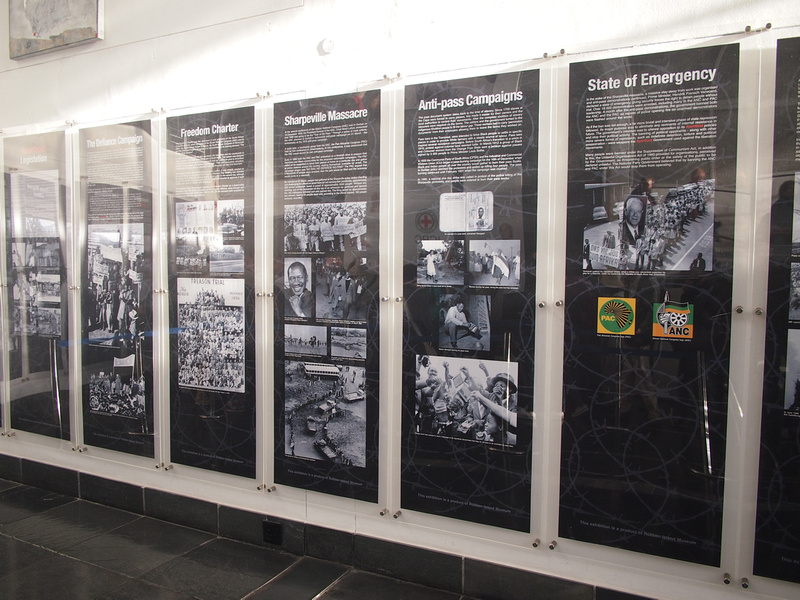 The ferry takes about half an hour and the trip is worth it for the cruise itself. The ferry ticket includes the tour of the island.

Upon arrival at the island there are waiting buses which drive around the islands main sites.

One of the stops is the lime quarry where Nelson Mandela was forced to labour. In the background is Table Mountain, which was a daily reminder of freedom from the island. At the entrance of the quarry is a pile of rocks where Nelson Mandela and former prisoners added one rock each at a prisoner reunion. 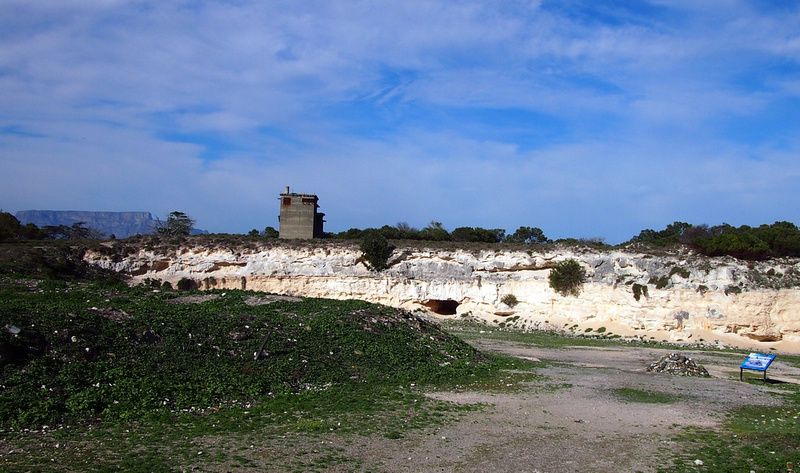 We stopped for a drinks and toilet break which doubles as a moment to enjoy the view of Table Mountain from across the bay. 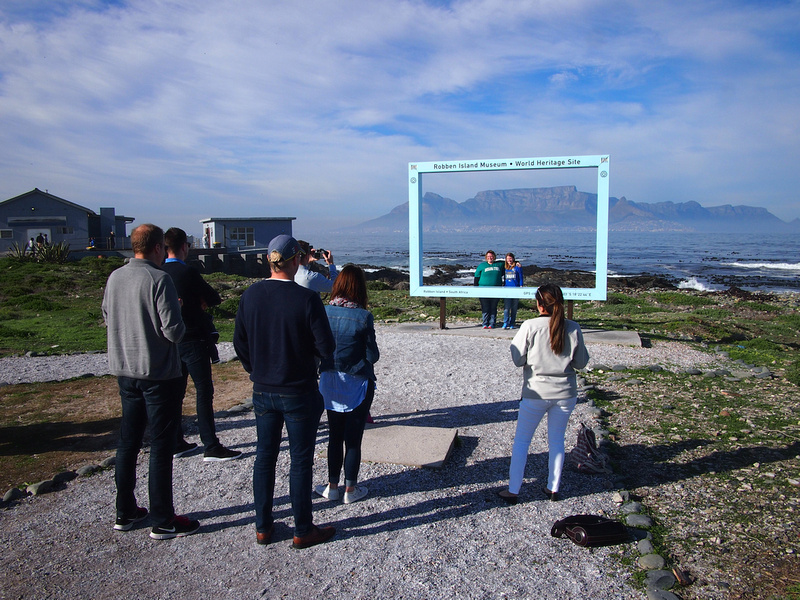 The island is a haven for birdlife, including a bazillion seagulls and the African oystercatcher, which is a coastal bird found in southern Africa. 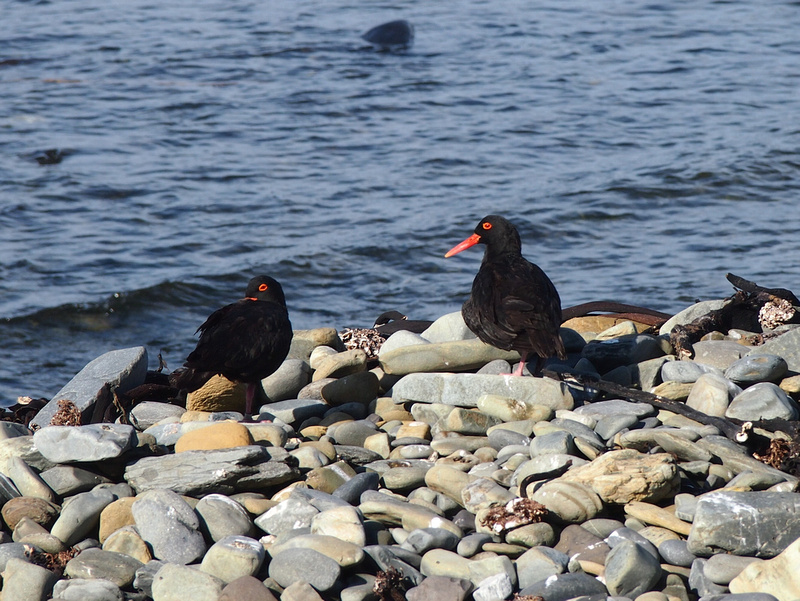 After driving around the island we were taken back to the prison for the next part of the tour. Our guide was a former political prisoner, who was imprisoned here for five years in the 1980’s. It’s mind-blowing to think that in my lifetime people were being imprisoned because of the colour of their skin.

He said his family doesn’t like visiting Robben Island, but he finds coming here and doing tours is a form of therapy.

Most people come to Robben Island to visit Nelson Mandela’s cell. After we had been led through the cell block our guide asked which cell was Mandela’s. We didn’t know because all the cells looked the same. I was expecting to see a cell that had been turned into a mini shrine with photos and flowers, or at least a plaque.

I think that it’s great that there is no marker. He was a prisoner among hundreds of others who were unjustly imprisoned during the apartheid regime. The island has also been home to two other presidents: Kgalema Motlanthe, and current president Jacob Zuma (who was not the most popular figure at the time of my visit). 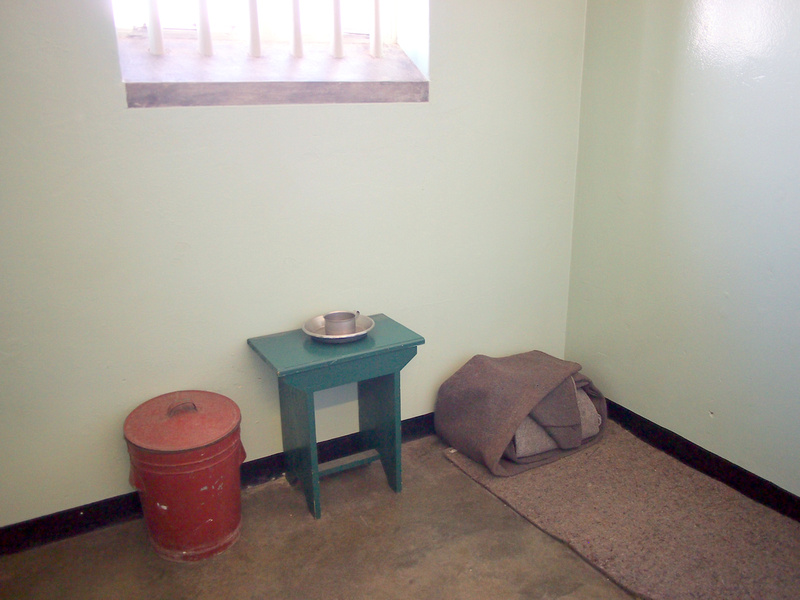 My thoughts on the tour

I felt privileged to have a former prisoner as a guide, but with so many people visiting the island the tour group was too big. There were over 50 people in our group and the guide had a hard time trying to corral everyone into the same place before starting his next presentation. People at the back were wandering off doing their own thing or talking loudly during his talk, which was distracting and disrespectful. 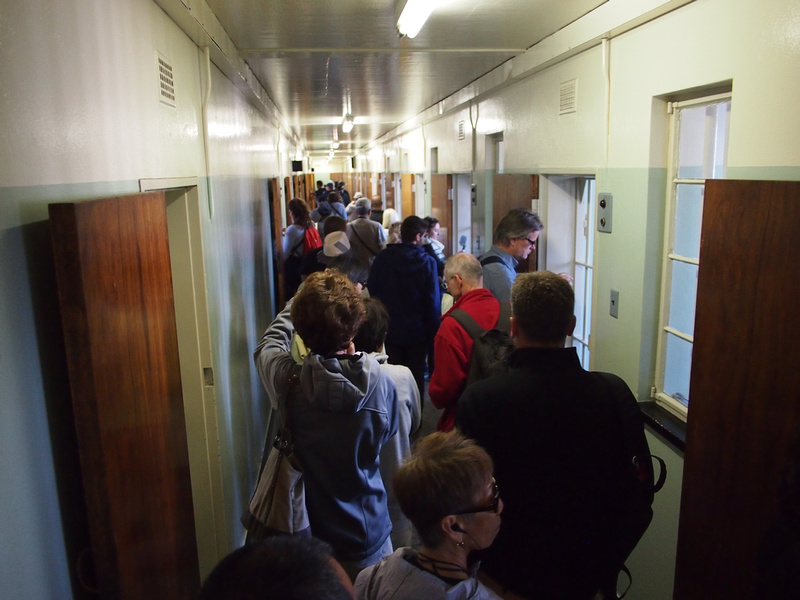 I also didn’t like that we were put onto a bus and shipped around the island without being out to get out of the bus to see the sites (apart from the photo opportunity place). The bus had 3-2 seat configuration so it was packed.

I think a better option would be to offer bicycles so you can see the island at your own pace, in addition to the bus option. The island is only 5 square kilometres and flat, so it would be an easy cycle for most people. A well-defined bike path with information boards at the most important stops would be a great outing.

For the prison tour, they should offer self-guided tours or tours with former prisoners. As more visitors come to the island and the inevitable dwindling numbers the former prisoners, maybe this will be a future reality.

Overall though Robben Island is one of the highlights of visiting Cape Town, and even if the political aspect doesn’t interest you should go to get the best view of Cape Town. 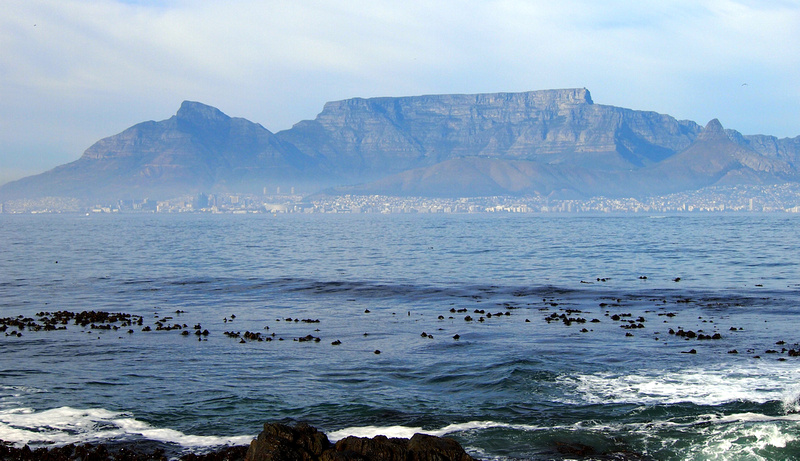 I’m told that you probably wont get a ticket if you just turned up before the boat leaves, so book ahead. I turned up at the terminal the day before to buy a ticket which was 300 Rand (about $20 USD).