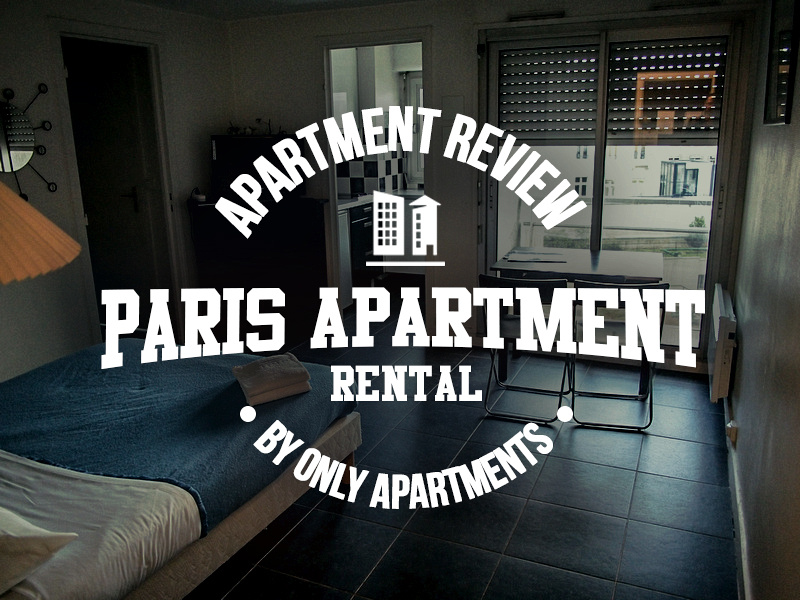 I stayed for two nights in an apartment rental in Paris which was provided by Only-apartments. I like staying in apartments as an alternative to hotels, so I wanted to try out this booking service. I’ve probably spend 2 months of my life in Paris and in that time I have stayed in some terrible hostels and hotels, but I had never considered stayed in a private apartment.

Checking In (so to speak)

When staying in an apartment rental you are staying in residential buildings so there is no checking in. How you get the keys will vary on the property as each will have different requirements.

In the case of the apartment I was staying at I had to get the keys from a property agency. Once my apartment was booked I was sent a PDF containing concise instructions on how to get from the airport to the office. The instructions included maps with lines drawn from the metro station to office.

At the office I was given a password to open the door, and inside there was a wall of safe deposit boxes containing keys for different apartments. I collected my keys and then went to my apartment. There were instructions for how to get from the office to the apartment by metro as well, but it was close enough for me to walk in this case. 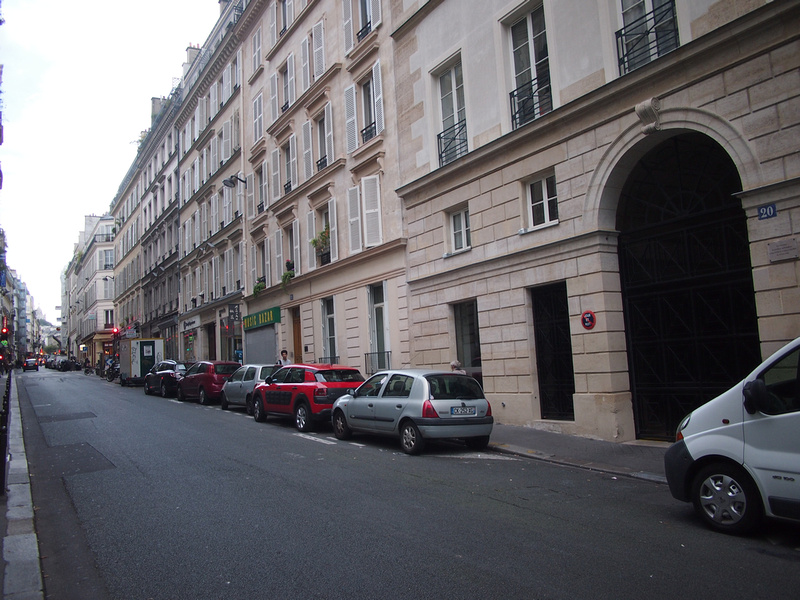 [Apartment in a residential area.]

The apartment was located in the 9th arrondissement in a residential street, below the entertainment area of Boulevard de Clichy/Pigalle. The apartment block had a two security doors to pass though to get to the lift for the apartment. From the outside you would never guess there was an apartment rental. It was nice to wake up in the morning and stroll to a local cafe in the morning as if I was a local. Of course my deception would be discovered as soon and my mangled bonjour with an Australian accent was heard, but hey, it’s nice to try.

Inside the apartment featured one bedroom with a separate kitchen and bathroom, and a little balcony. The apartment management provided some internet passwords for the mobile internet as there was no on-site internet in this particular property. If you are booking be sure to check if there is internet or if they will provide access. 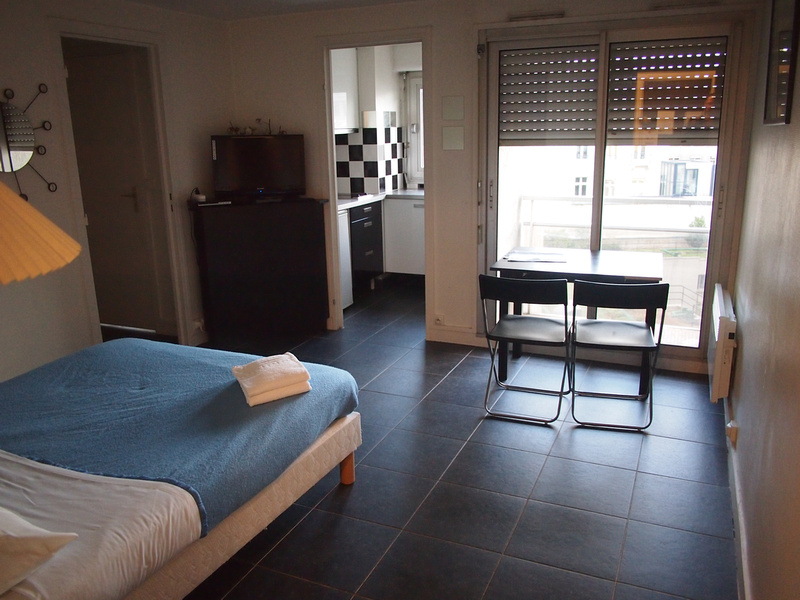 The advantage of staying in apartments is having a kitchen. The apartment had cooking utensils and a coffee brewer, and there were three supermarkets within ten minutes walking distance of the apartment so you could self cater easy here. 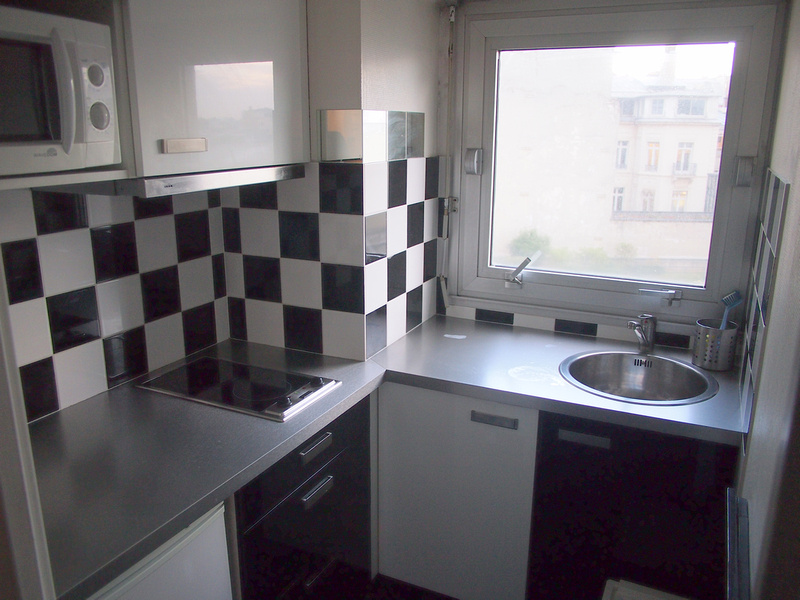 The bathroom was bright and clean with a good hot water service. 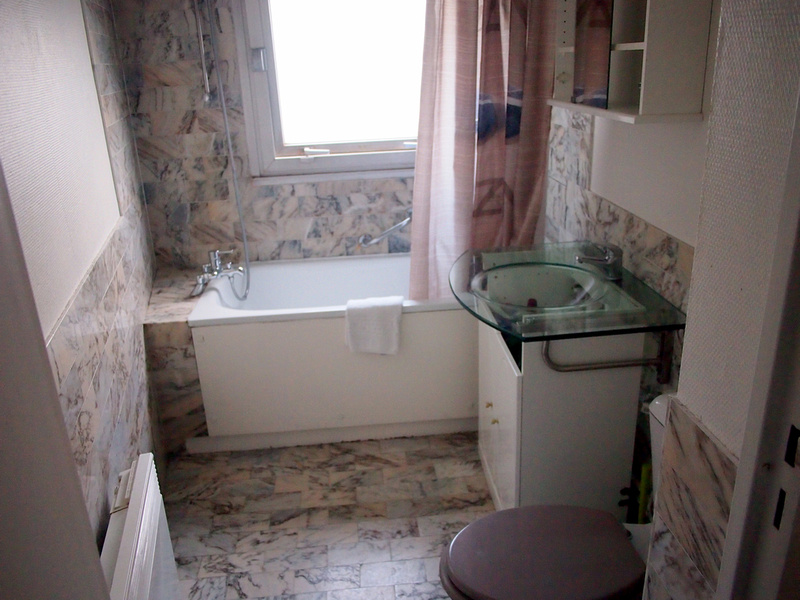 Staying in an apartment rental would be ideal if you are staying for several nights, and especially if you are travelling as a couple or family as you would be able to save a lot of money on eating out (especially in Paris!)

I did a few test bookings for Paris apartments and found a number places that were comparable or cheaper than hotels for the space provided. I only had a day in Paris, so I would probably wouldn’t stay at an apartment for one night, but what I like about this site is they let you book for even one night, and the search and booking functions are easy to use.

For stays of two nights or longer, I would say staying in an apartment would have you ahead of staying in a hotel.