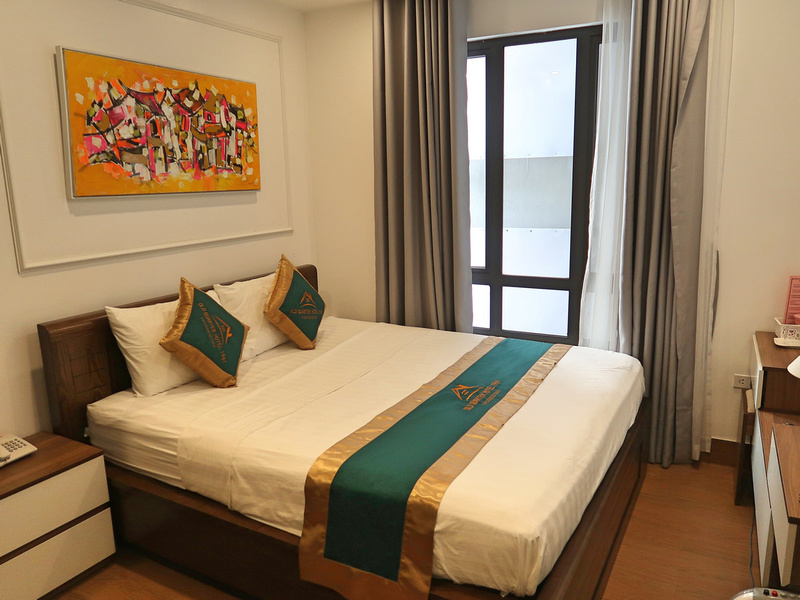 I stayed at Old Quarter Hotel 1961 in Hanoi, Vietnam. I booked it online at the rate of 372,600 VND ($16.11. USD), and I booked it for its price and location in the old city. This was one of those special deals that Agoda has on their site. I’ve stayed in Hanoi numerous times over the years and I don’t have a go-to hotel. I usually just pick one of the specials on offer so I can try out another hotel.

The Old Quarter Hotel 1961 is two streets to the east of Hoan Kiem Lake, and at the northern end. It’s a good spot for being able to walk around the lake and the old city. In typical Hanoi style, the hotel is down a small alley. I’m always mindful when booking budget Hanoi hotels that it’s likely to be down an alley. I always make sure there is a window when making a booking (the booking sites usually say if there is no window). 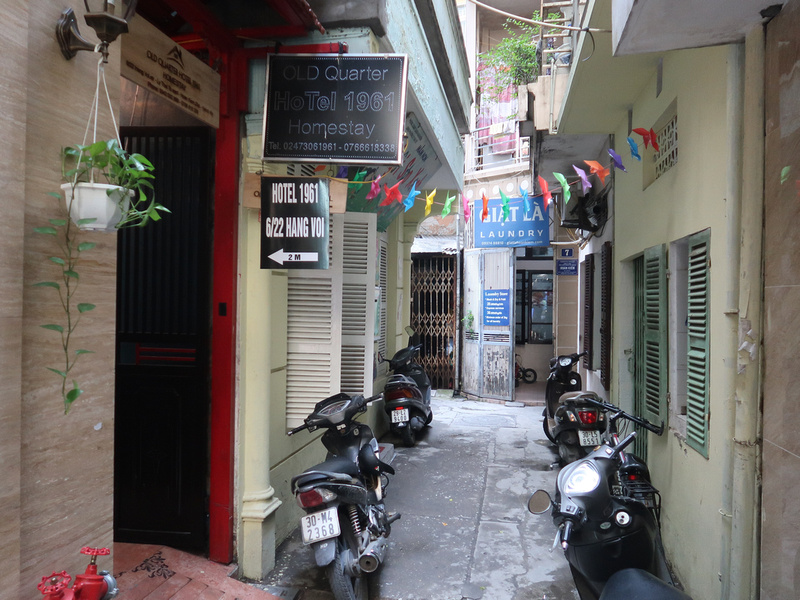 I met a friendly receptionist upon check-in and I was then taken to my room by another staff member. Despite the size of the building in the alley, there is an elevator in the hotel. I was taken to a room without a window, so I showed them my booking and I was promptly reassigned to my booked room (“Deluxe Window” at said on Agoda). A window doesn’t mean you will get a view, and you shouldn’t expect one in an alley hotel. I like rooms with a window for natural light. I hate being in a windowless box not knowing what time of day it is outside.

My room had a comfortable double bed and air conditioning, which is needed in the summer months in Hanoi. 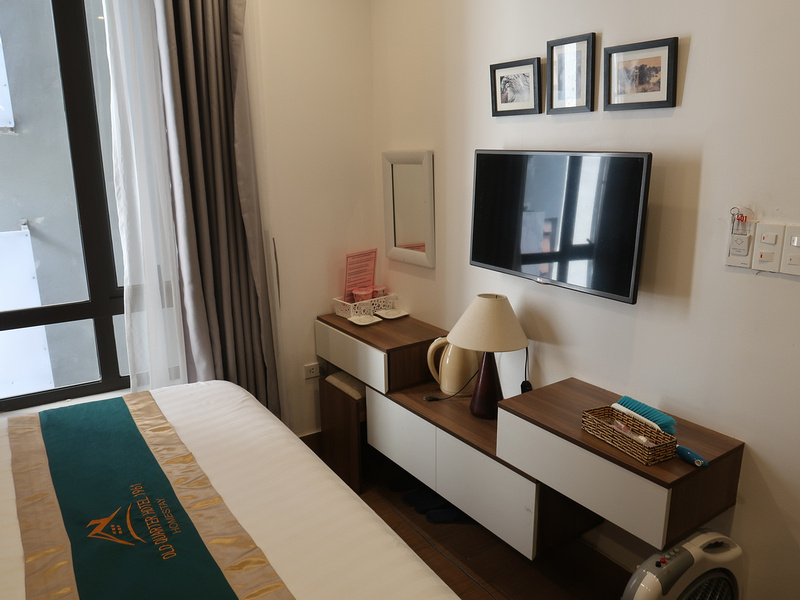 There is free wifi at the hotel, and there was good reception in my room. There were also enough useful power outlets in the room. I liked that there was a proper hanging space without being enclosed in a closet. 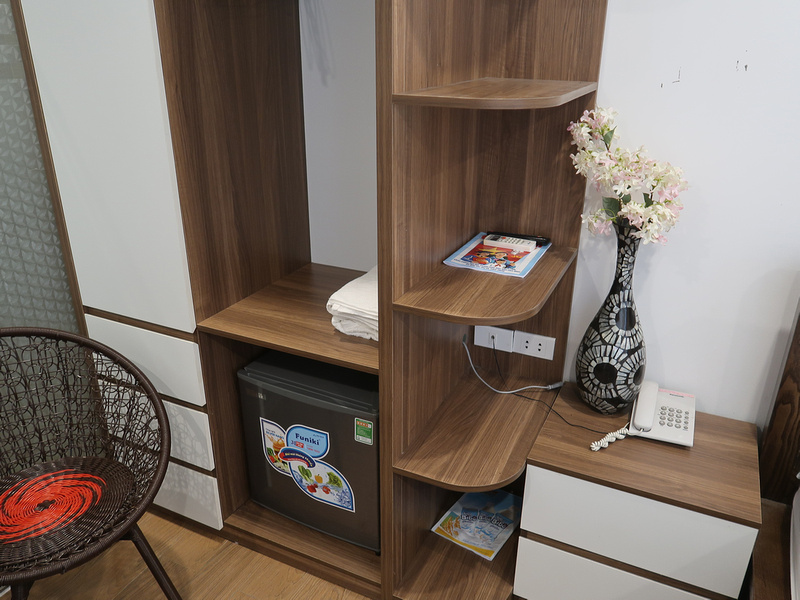 The bathroom was of the glass box variety. I don’t mind this if you are travelling solo. It saves space in a small environment and provides natural light as well. The bathroom was in a clean and orderly condition. 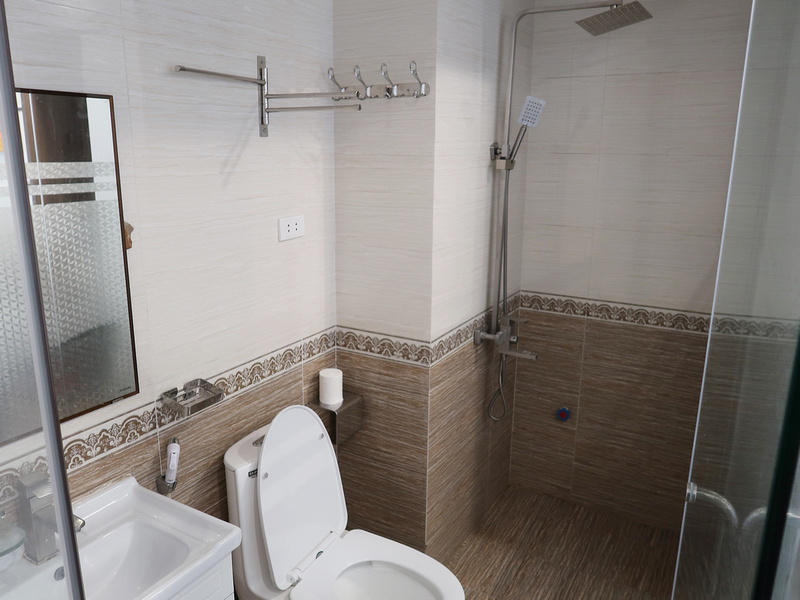 There is no breakfast service here, but I was up early for a morning flight so I would have missed it. There are plenty of food options nearby, so make the most of your time in Hanoi with the street food options in the old city.

The hotel is in a great location for exploring the old city. It’s near the weekend walking street by the lake, and about 5 minutes walk to the northern end of the lake. From there is where the small streets of the old city can be found.

Overall this was a good place to stay for a budget accommodation option. Book the Old Quarter Hotel 1961 online, or search for more hotels in Hanoi.