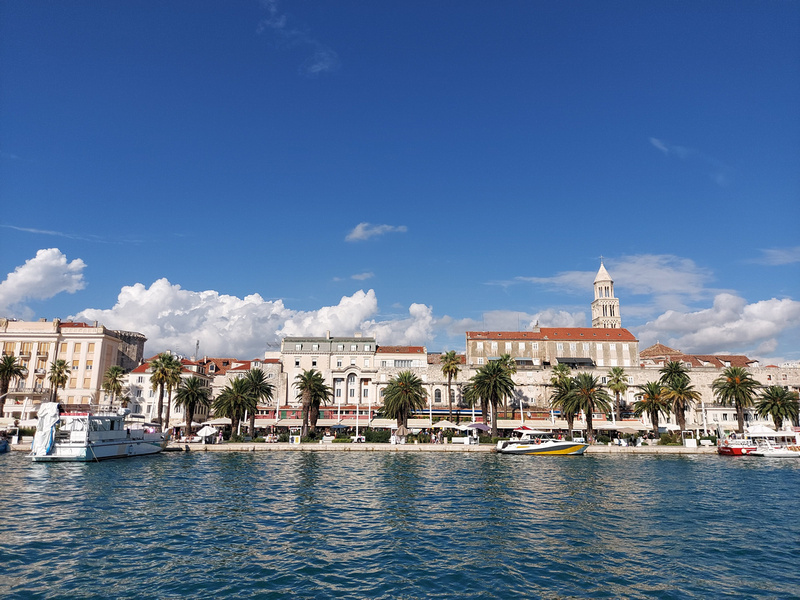 Split is a city on the Dalmatian Coast of Croatia, and it’s the second-largest city in the country after Zagreb. For my 2021 visit to Croatia, I bookended the trip with time in Zagreb and Split to compare the two.

Split has a metropolitan population of about 346,000 people, so it’s not a huge place. Travel is a relative experience though, so after being in the small towns and islands of coastal Croatia it felt like a big city stop. 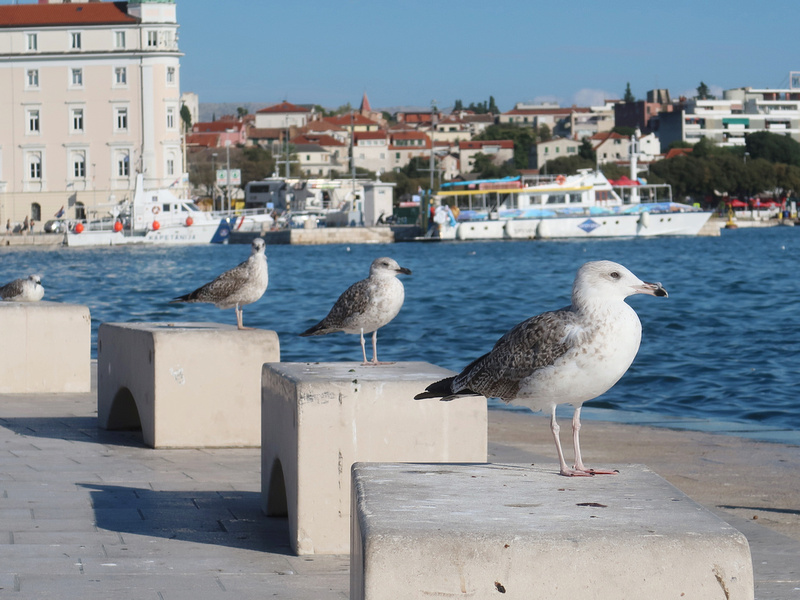 Even though it’s less than half the size of Zagreb, there are way more tourists here. Split is a major cruise ship port, so it has tourists delivered to its doorstep throughout the week in the high season. 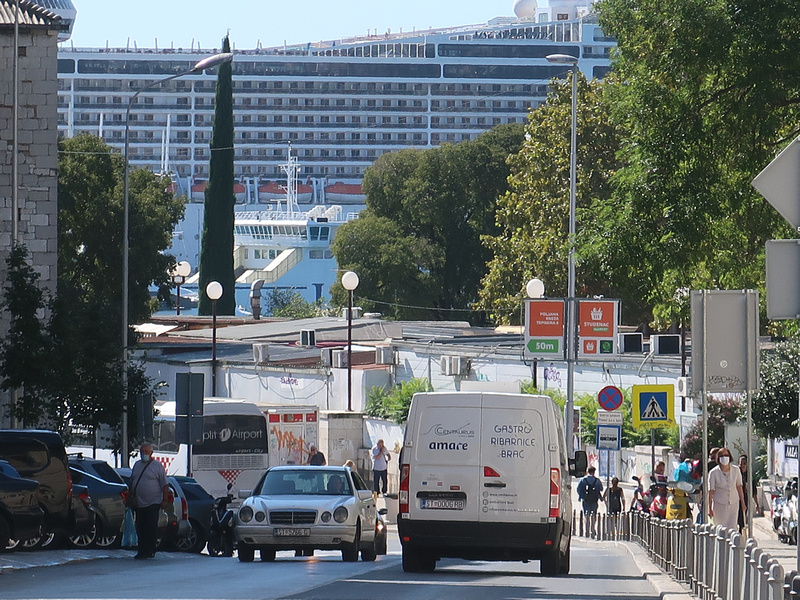 The heart of Split is the remains of Diocletian’s Palace, which was built in AD 305 for the said Roman emperor. 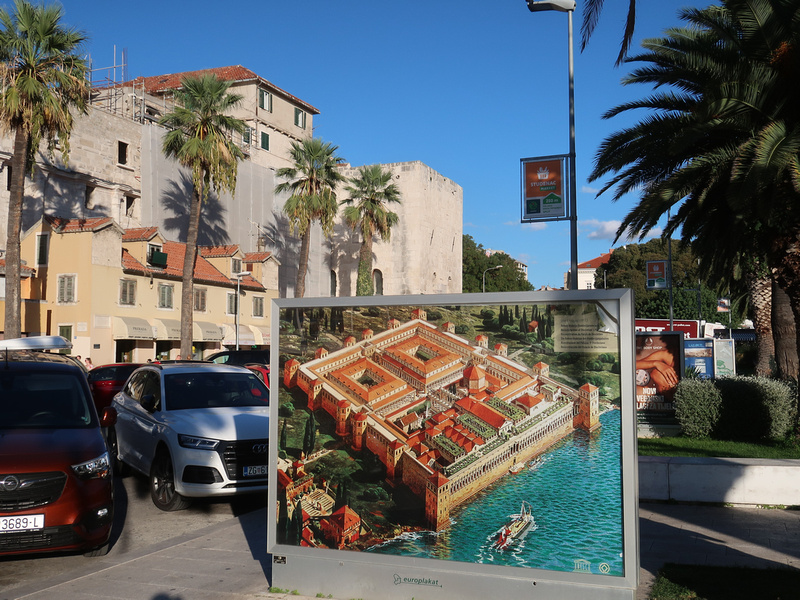 Some of the palace walls remain, and there are Roman ruins within the old town. 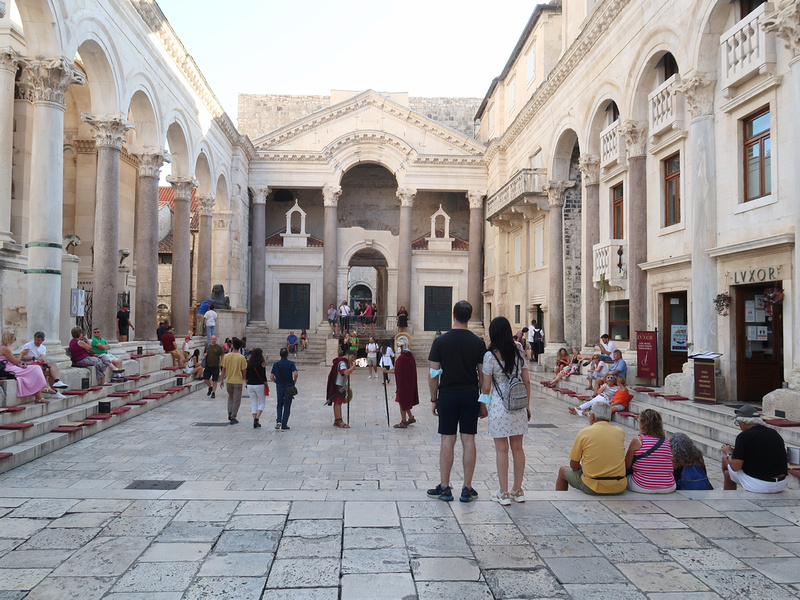 The palace has over time been transformed by layers of buildings spanning centuries. 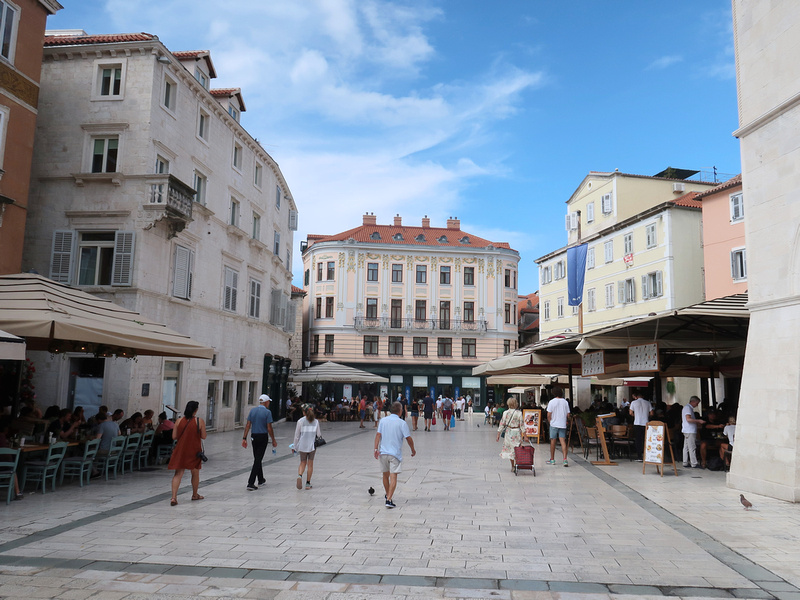 One of the benefits of staying here overnight is to be able to wander around in the morning and evening before the big tour groups descend. I spent eight nights in Split and I ended up avoiding the old town area during the middle of the day to avoid the crowds. 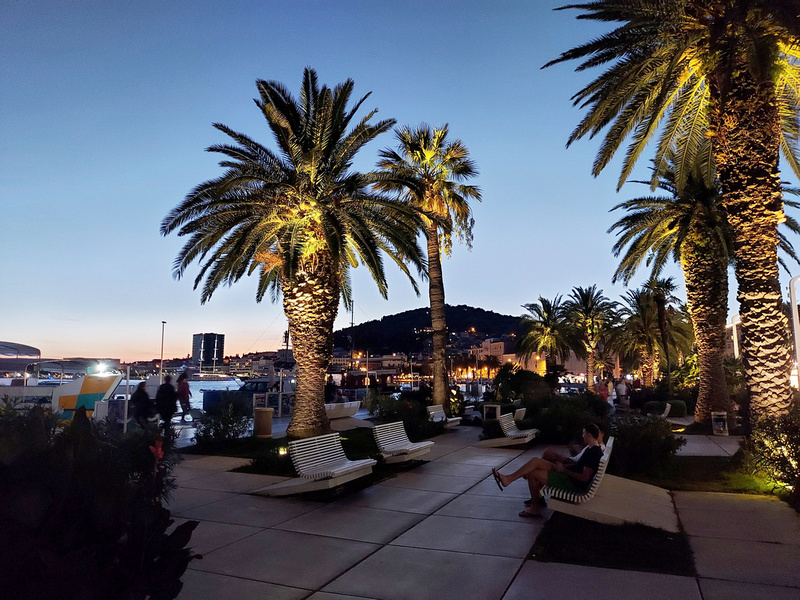 I had been to Split in 2012, so I wanted to see more of life outside the heritage area. Split is on a peninsula with the old port inside a harbour on the peninsula. On the other side of the peninsula is the working side of the city with an industrial port. 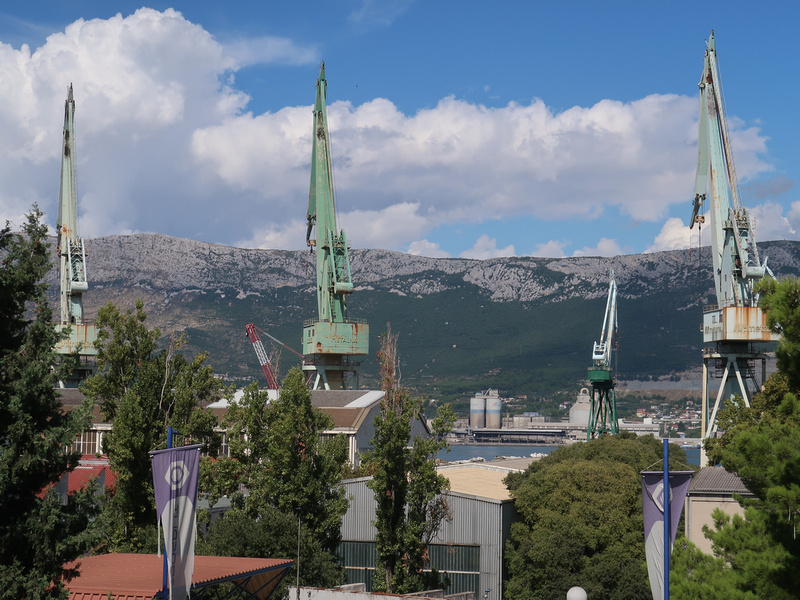 There is nothing written about this side so I just went walking to see what is around. I saw this enormous apartment block which is marked on the map as its nickname of the China Wall Apartment. 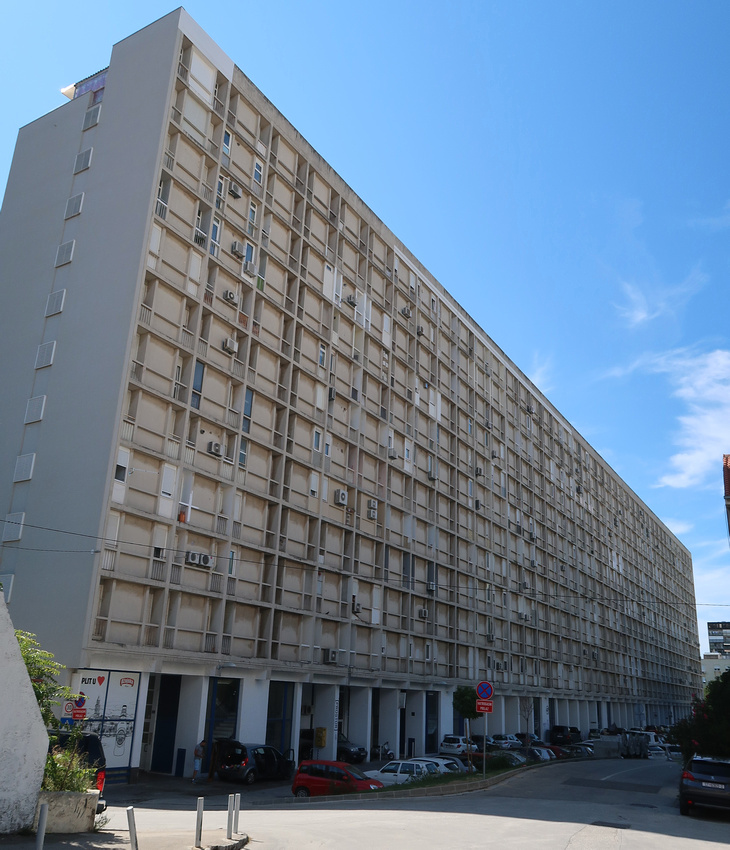 Near the port side is a tall building under construction so I walked towards that. This is the Dalmatia Towers Complex, which is now the tallest building in Croatia. 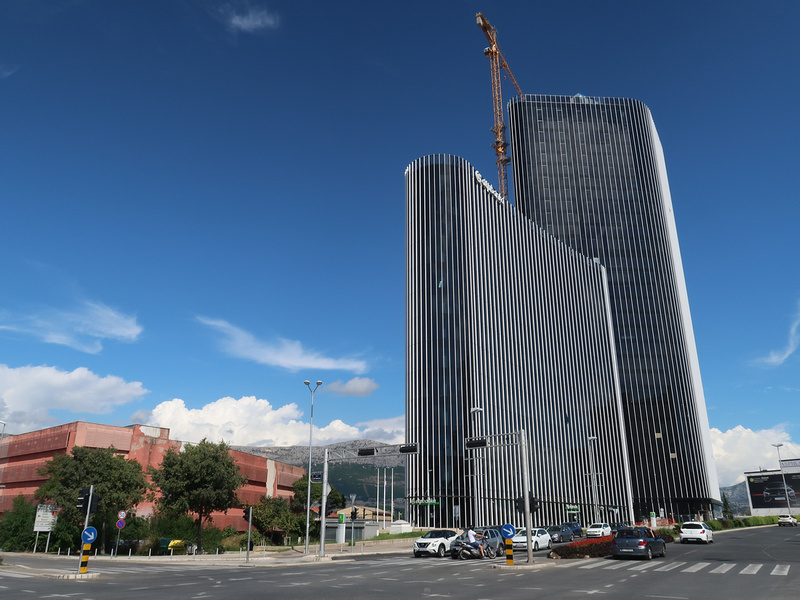 Back near the old town area is a well-to-do neighbourhood around Bacvice Beach. 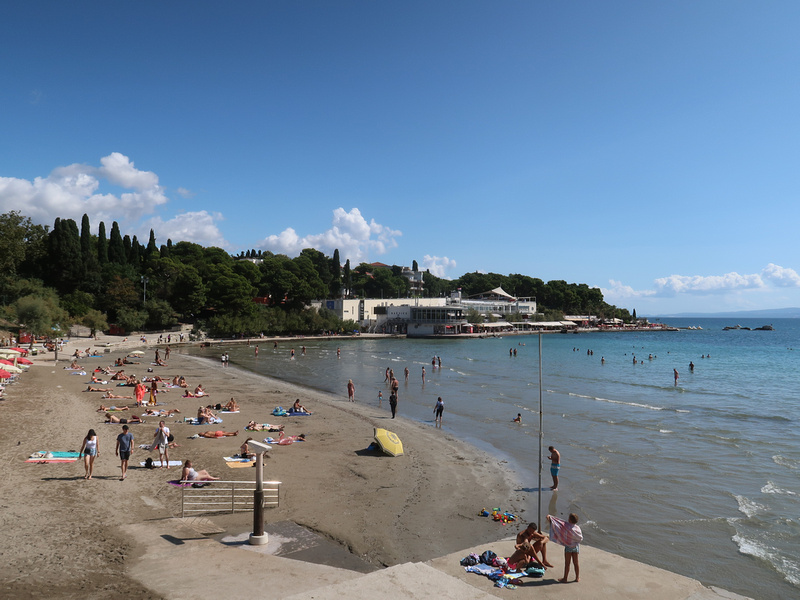 The is some good street art around the city if you are willing to go for long wanders. 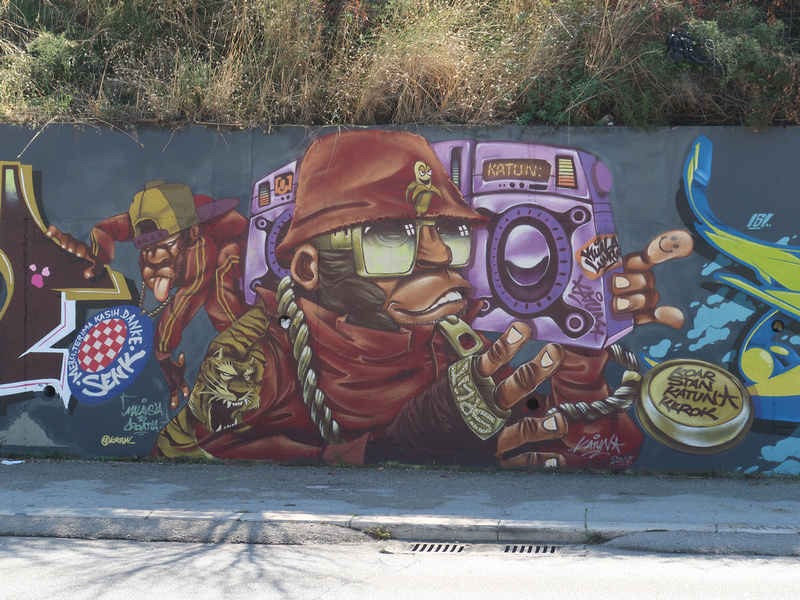 The most prominent murals are for the local football club, Hajduk Split. 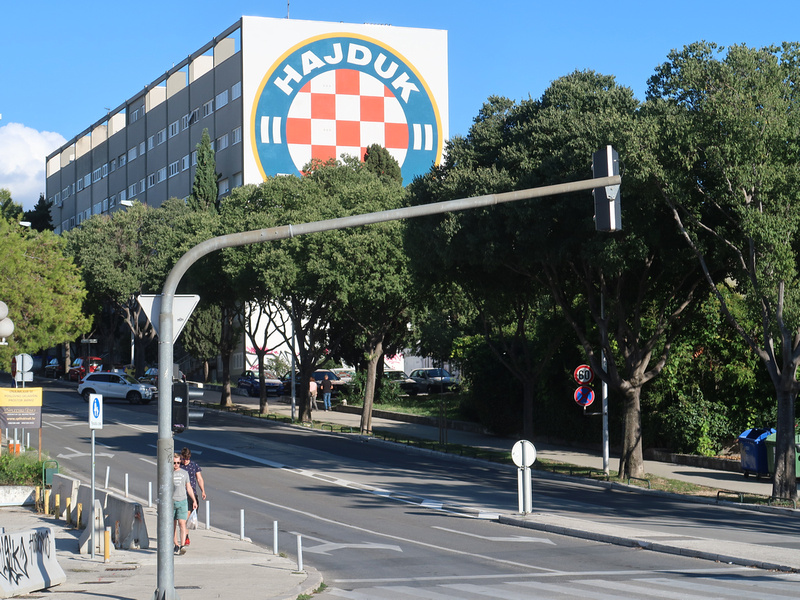 Murals also advertise the supporters’ group, Torcida Split (formed in 1950). I mention the year because 1950 features prominently in the artwork. 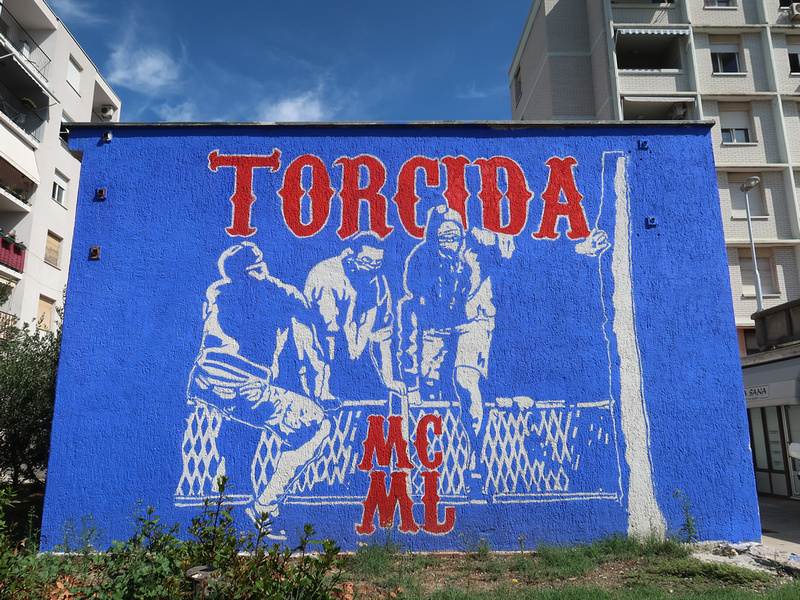 Also featuring prominently in the artwork is what might be described as football hooligan imagery. 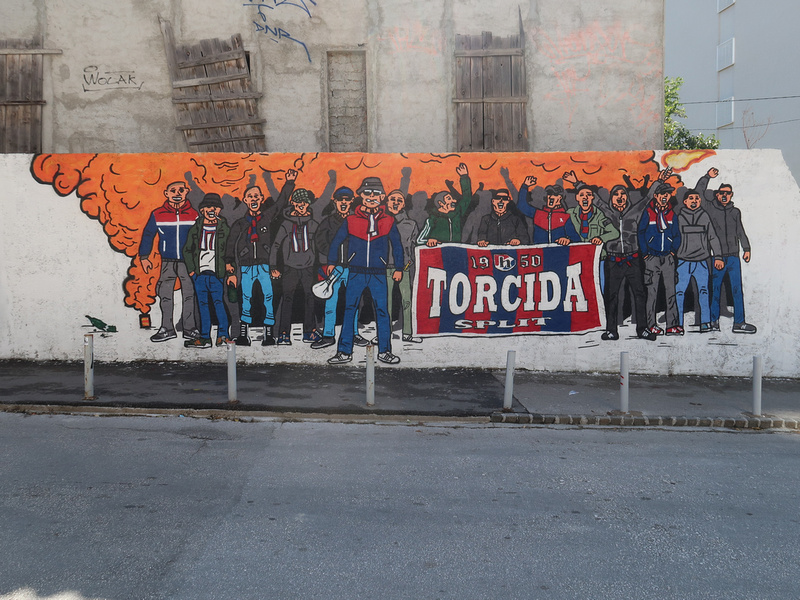 Another popular subject is murals related to the Yugoslav Wars. 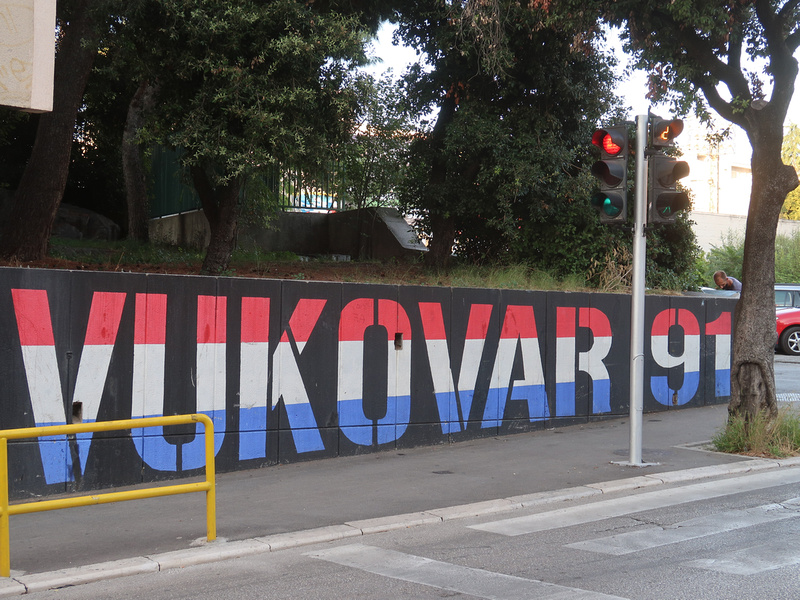 Split has a good selection of cafes that rivals Zagreb’s roastery cafe scene. The best cafes are in the old town, so they are great if you are visiting for the day, but not so much if you are looking for a spacious laptop-friendly cafe. 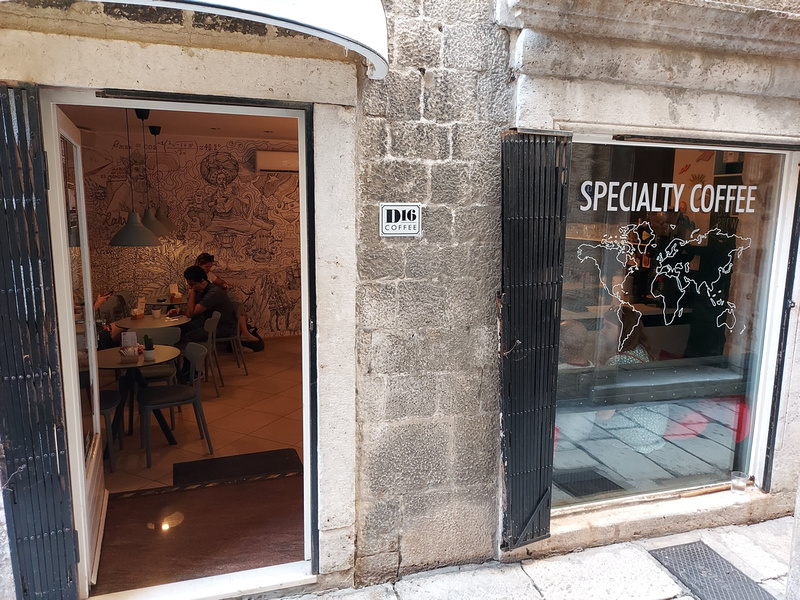 D16 is buried in the old town, and because I didn’t have mobile internet I couldn’t find it initially. I stumbled upon it the next day when I wasn’t looking. The cafe is in two buildings facing each. other, but even then it was often hard to get a seat. 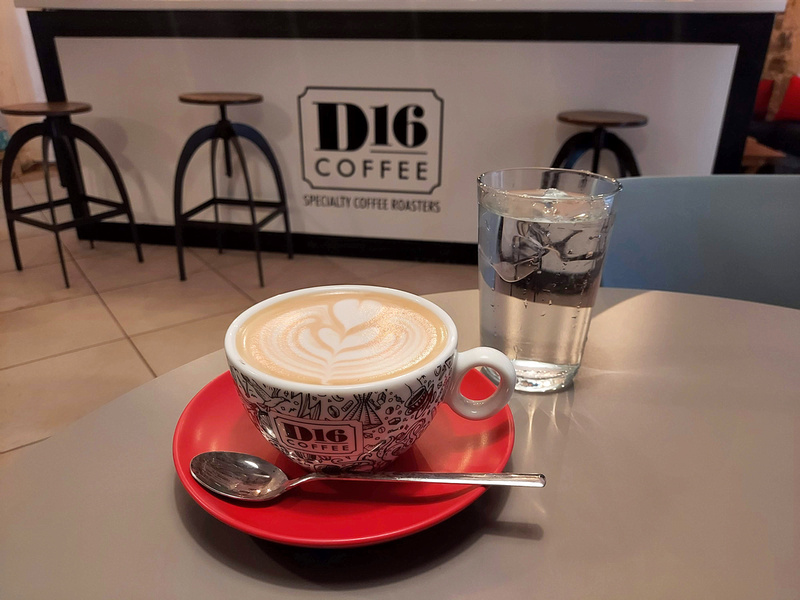 Split Coffee Roasters is also in the labyrinth of the old town, and they have some small seats outside where can sit down. 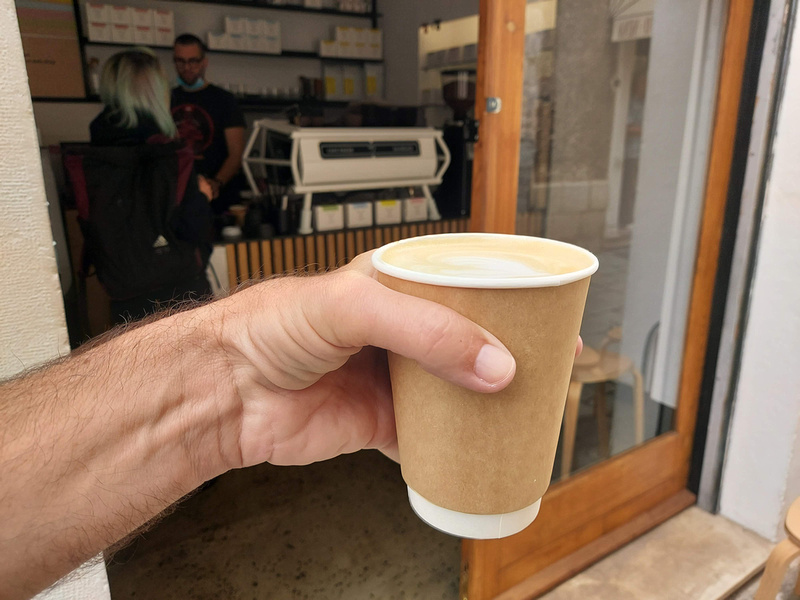 Kava2 is just outside the old town, and they have a garden area with seats. 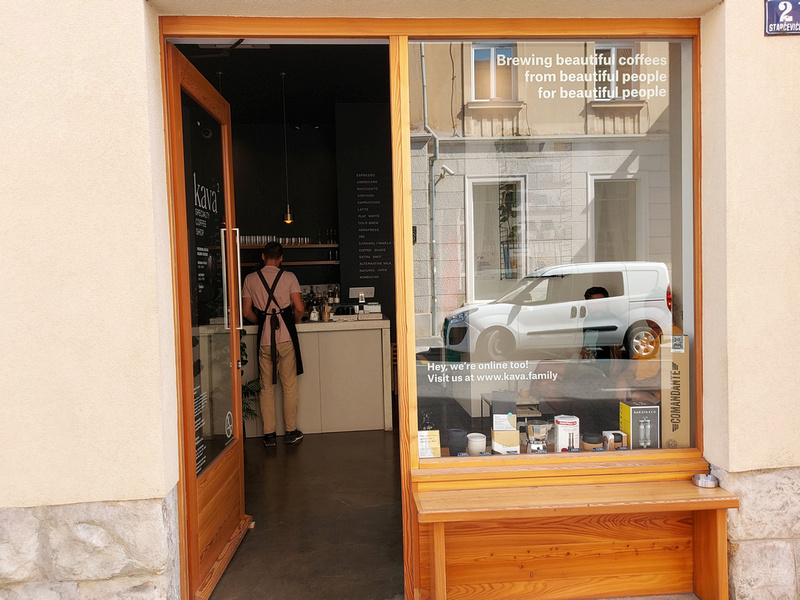 4Coffee Soul Food is a hole-in-the-wall takeaway cafe, so I went to the nearby park. 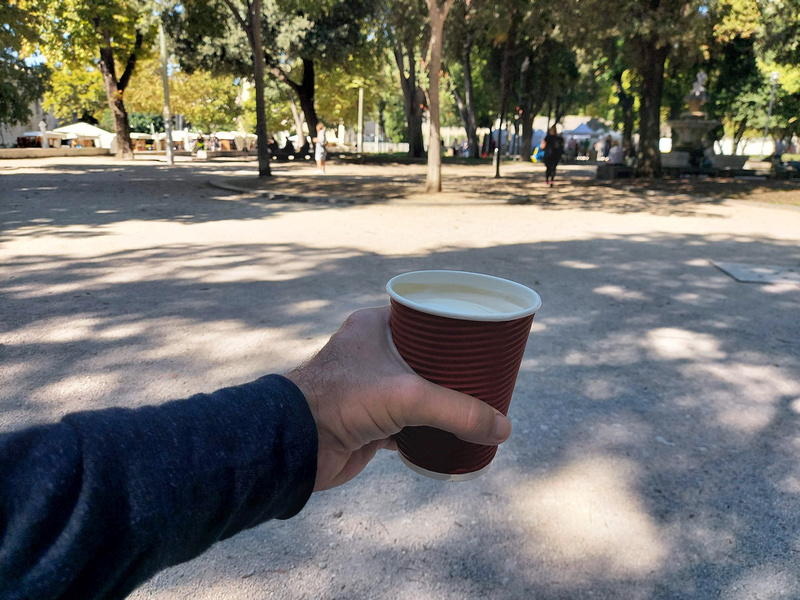 Split is as far as the train goes on the Dalmatian Coast, and when you get the bus to Dubrovnik you will see why there is no train (it’s too mountainous). There is a train from Zagreb and also a sleeper train to Prague, which goes via Zagreb and Budapest. 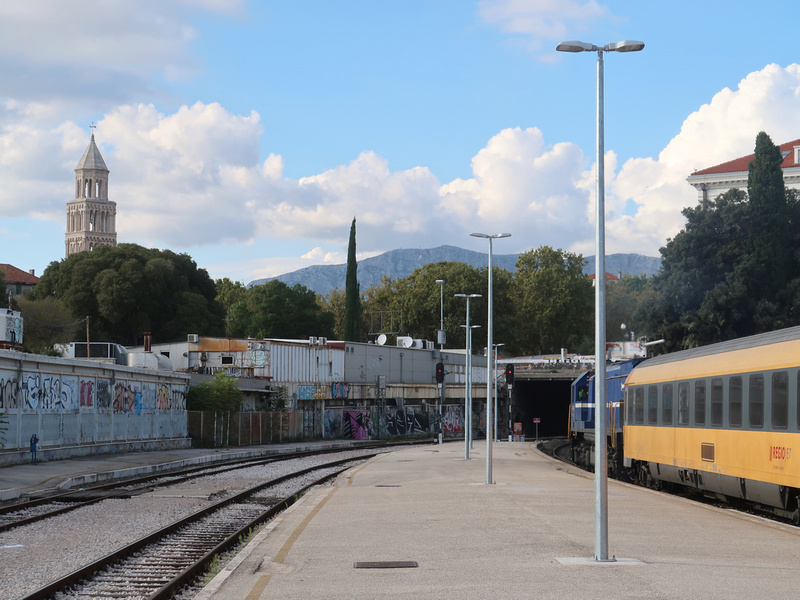 The big advantage of Split is that there are ferries to other islands and coastal cities in Craotia. 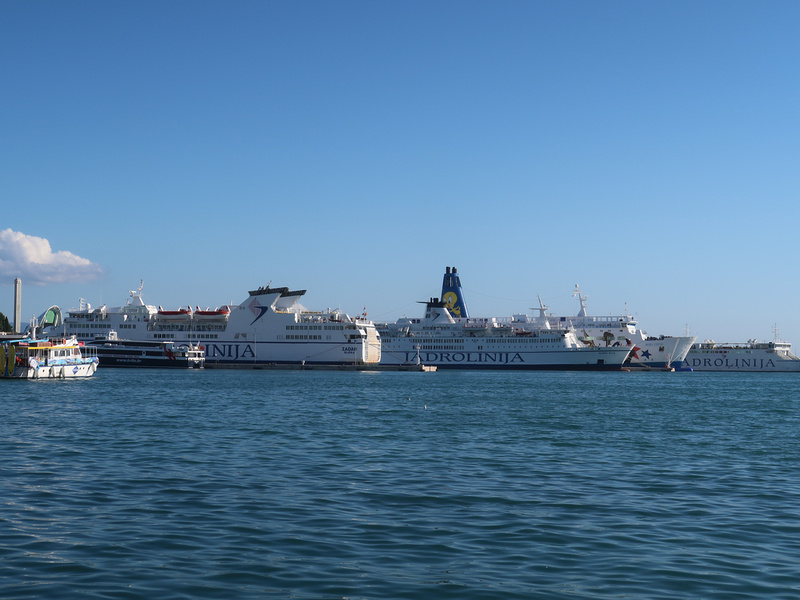 From Split I got a bus to the Croatia/Bosnia and Herzegovina border and then got a train to Mostar.