Dili is the smallest capital city in Southeast Asia, and also the newest, having gained independence from Indonesia in 2002. While Dili is going to feel sedate after being in the other capital cities of the region, travel is a relative experience so your impression will depend on where you’re arriving from.

Coming from the two international connections of Darwin or Singapore, Dili will feel like a small country town. I arrived in Dili after travelling through Flores and West Timor, where most of the cities were dusty and rundown places. For me Dili felt modern and orderly with things to do like cinemas (one at least) and cafes. 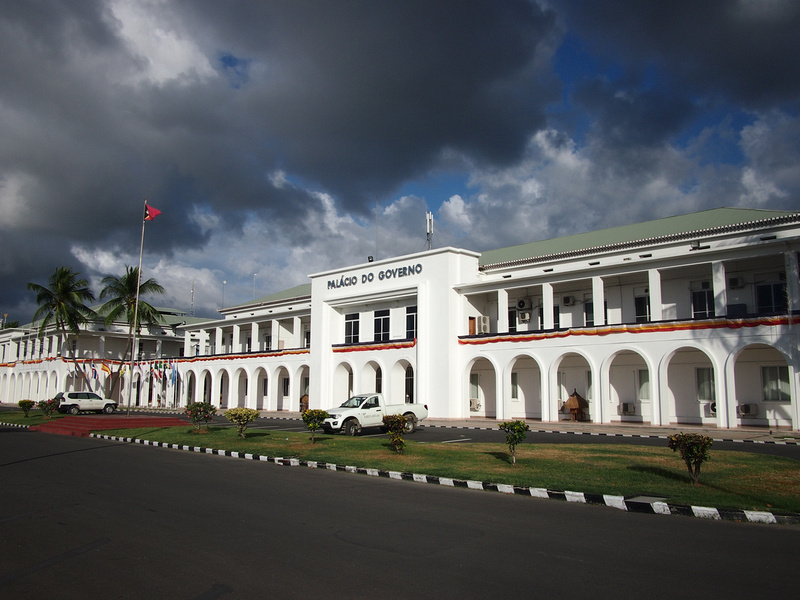 After being in places that offered little in entertainment, to be a city with bars and cafes was a welcome relief. Along the waterfront there are a number of sports bars and restaurants that sprung up to serve the UN and NGO crowds that were here after independence. Most of these organisations have since left and the places were quiet whenever I visited. 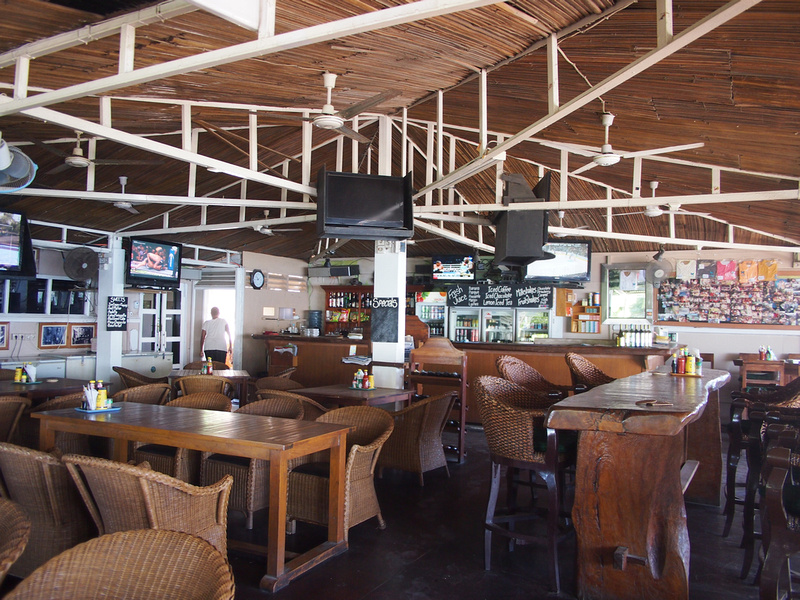 [One of the bars on the waterfront.]

While the most of the international workers have gone they have left inflated prices. Dili isn’t Australia expensive, but coming from Indonesia you will notice the price differences. East Timor use the USD as its currency and prices here are noticeably more expensive than in Indonesia.

Accommodation is expensive and there aren’t guesthouses here like you find across Southeast Asia. I stayed at the East Timor Backpackers which is a decent budget option and a good place to meet other travellers.

I arrived just after the 12 year anniversary of East Timor’s independence so I couldn’t tell if the flags that were out were for the day or if they are always out. Either way you get a sense that people are proud of their hard-won independence.

One thing I noticed here was that I stopped getting the “hello mister” greetings from the kids walking by. I’m not sure if this is a cultural thing where people are more conservative, or if the city is just burned out with foreigner fatigue after the days of the UN/NGO being here.

There is not a lot to do here but I enjoyed walking around this new capital city, especially along the waterfront. The waterfront has lots of potential to become a vibrant destination. Unfortunately there is a large stretch that has been taken over by embassies. There are some empty lots on the waterfront currently used as banana plantations, so it seems the embassies got in while the land was cheap and available. It’s shame that these international bunkers should take up prime real estate when the city could have made more money in the long term by putting apartments along here. 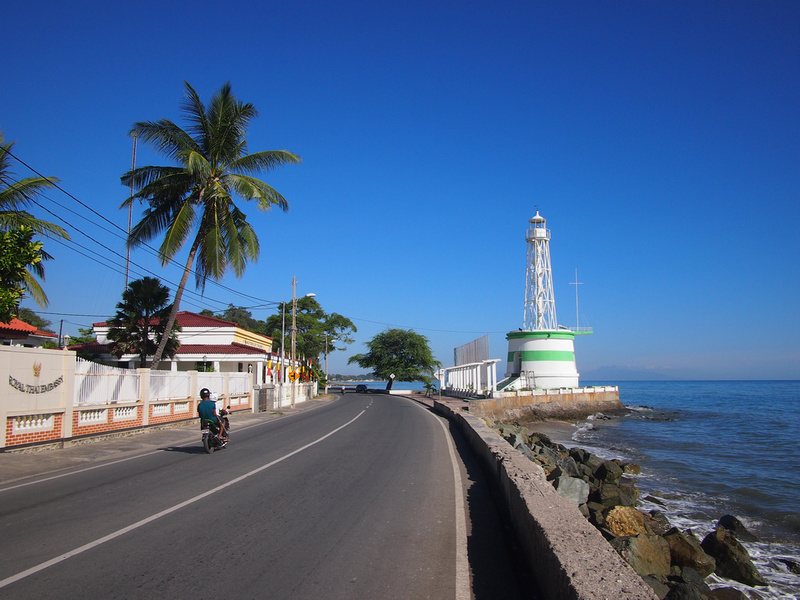 The most notable landmark of the city is the big Jesus that overlooks the harbour. When I first saw the statue in the distance I knew I was going to walk there. I didn’t consult a map but it looked like it was about an hour away. It turned out to be over 2 hours of walking. 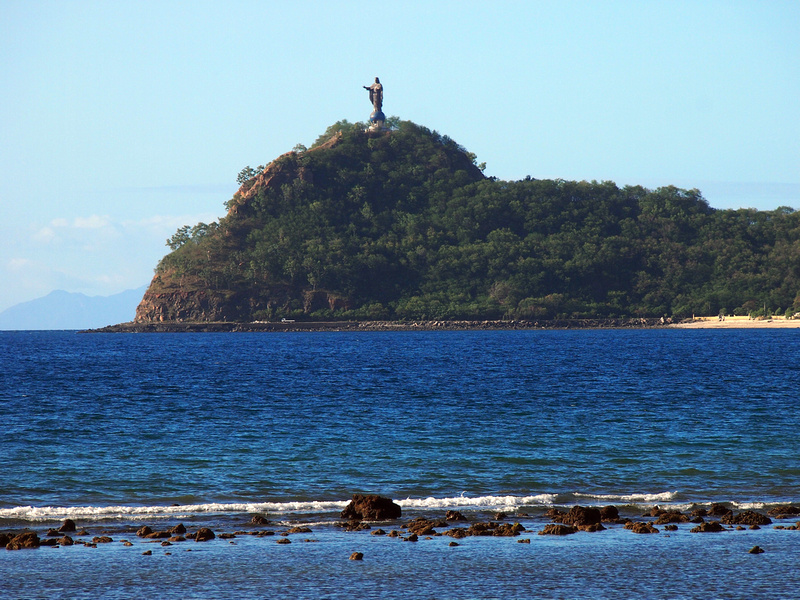 [Jesus in the distance may be further than He appears.]

I was wearing flip-flops which were being eaten alive by the rough roads, but for some of the way you can break the walk up with stretches of beach like this. 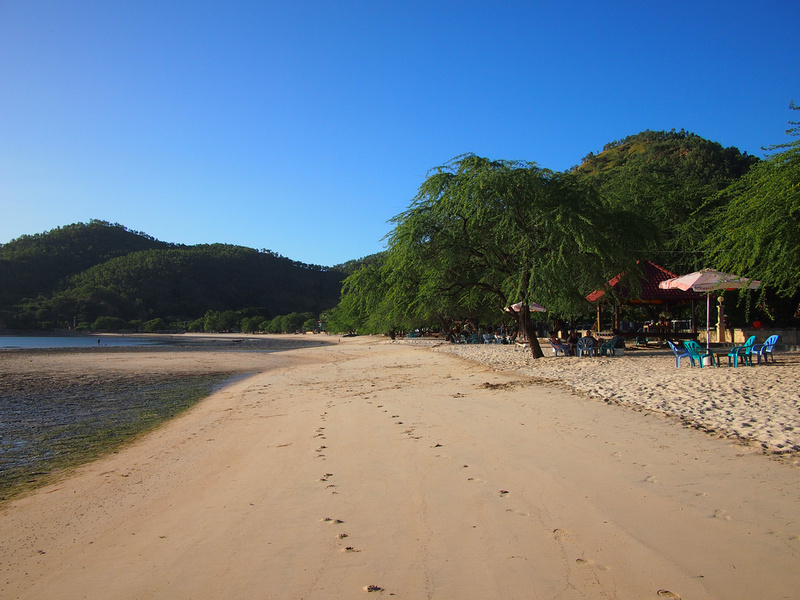 The long walk turned out in my favour as I arrived close to sunset. 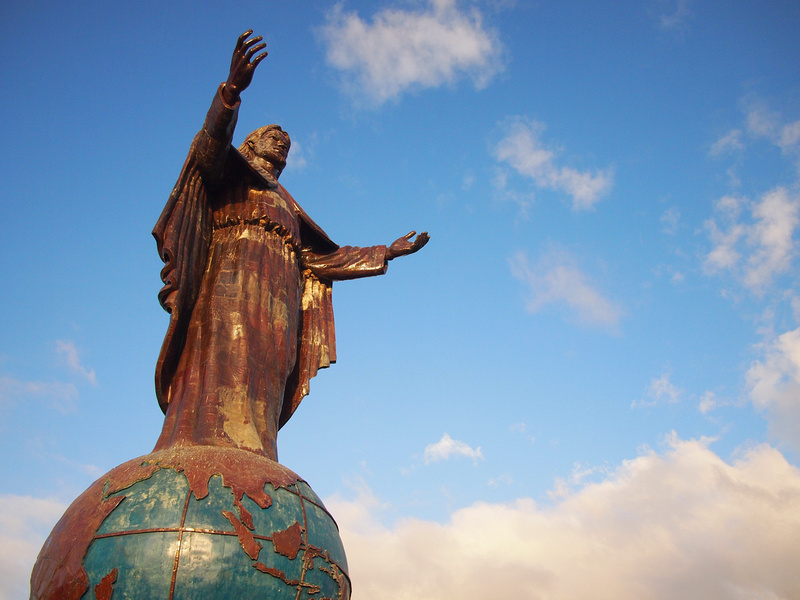 [Cristo Rei of Dili (Christ the King of Dili)]

From here it’s a spectacular view over the harbour and back toward the city. 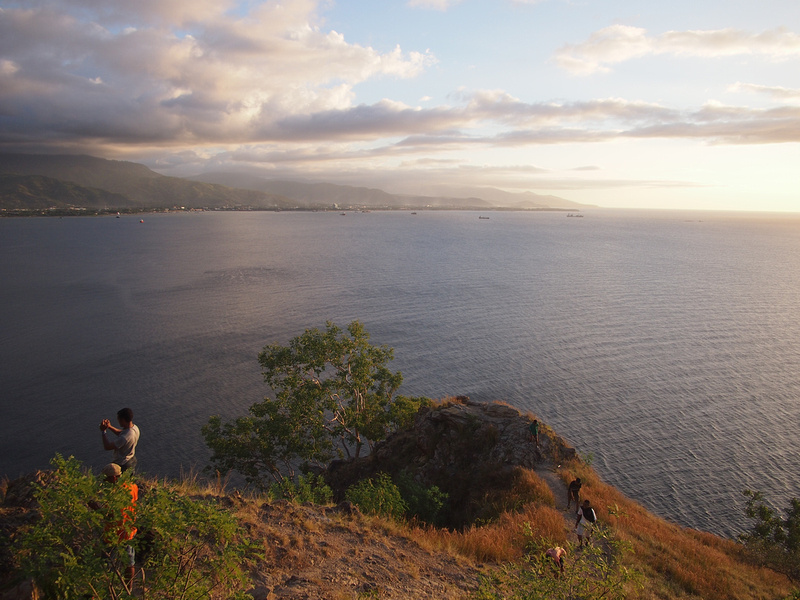 I was tempted to get a taxi back but I had told myself I would walk there and back. I’m glad I did walk back otherwise I would have missed out on this sunset. 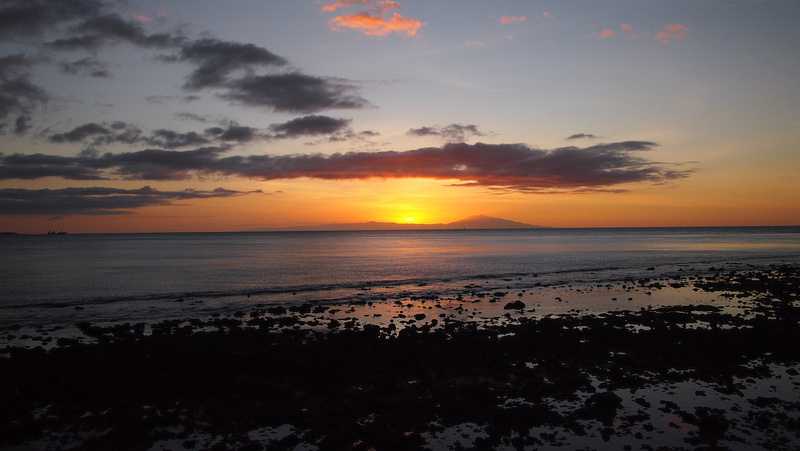 Another statue worthy of a visit is the Nicholau Lobato monument which is located at the roundabout at the airport entry. If you are arriving by air or from West Timor by land this will be the first thing you see in the city. 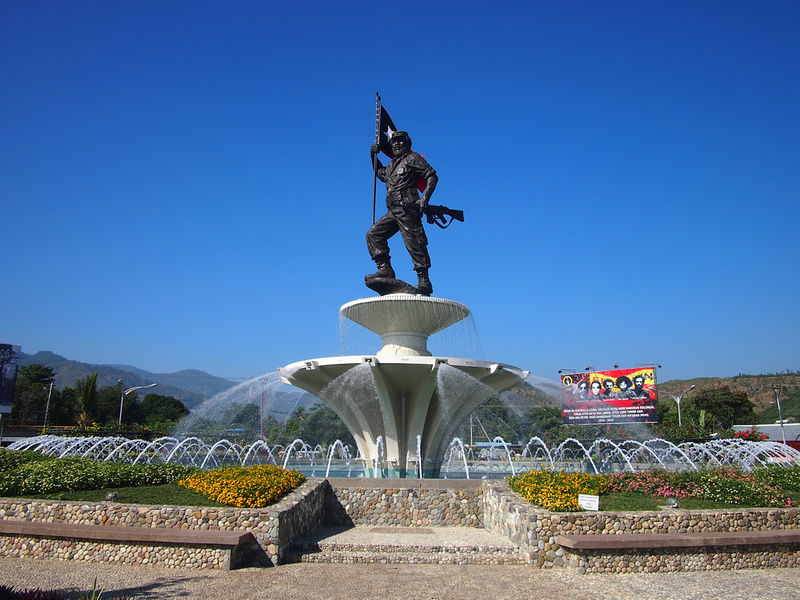 Lobato was prime minister of East Timor during the brief period of Independence in 1975, between when the Portuguese left and Indonesia occupied. After fleeing to the hills as part of the resistance movement he was killed in combat in 1978.

The airport is now named in his honour, and if you are flying out it’s worth going to have a look. It’s a five minute walk from the terminal and there is nothing to do at the airport anyway.

Near the monument is this billboard of East Timorese heroes. Look how badass these guys are.

In the centre is José Manuel Ramos-Horta, who became the second president of East Timor in 2007. I don’t know if it made the news where you come from, but he became a household name in Australia when he was shot in an assassination attempt and was evacuated to a hospital in Darwin.

I had only seen recent pictures of him, from the time he was shot to now. Today he looks like a priest or distinguished professor (or Nobel Peace Prize winner). 70’s Ramos-Horta is looking like the Serpico of Timor-Leste.