When I was growing up Belgrade was one of those cities that I had only heard of on the news. Just like the other Bel -Belfast – whenever you would hear about Belgrade it was always for all the wrong reasons.

Belgrade has emerged from the troubled breakup of Yugoslavia, and is now even making good news. In 2008 Belgrade made world headlines when it hosted the Eurovision Song Contest (though some might argue that that is making the news for the wrong reasons as well). 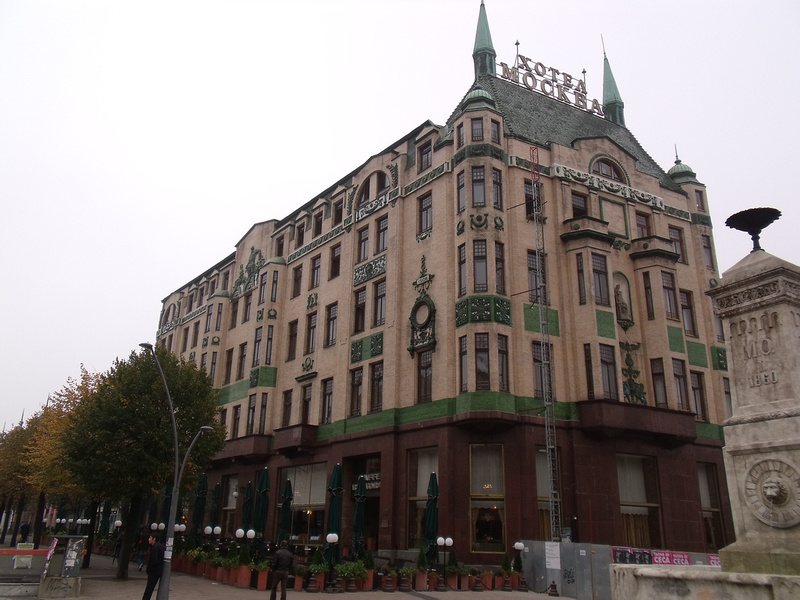 The great thing about travel though is that when people go somewhere with a dubious reputation, they come back and tell their friends how it really is. I had two friends of mine go to Belgrade in 2007, and their description of what it was like really made me curious to go myself.

I know many of my readers who are seasoned travellers will be thinking what’s the big deal about visiting Belgrade – it’s not like I went to Mogadishu. If you step outside your circle of travel friends though you will be surprised of the reactions you get.

Belgrade was built around a citadel which sits on a rock of land at the strategic junction of the Sava and Danube rivers. The old city is a mix of grand public buildings and apartment blocks like you would see in any classical European city, sitting beside communist style buildings.

The city makes its way up a hill to meet the citadel, with the pedestrian shopping street Knez Mihailova serving as the main thoroughfare. 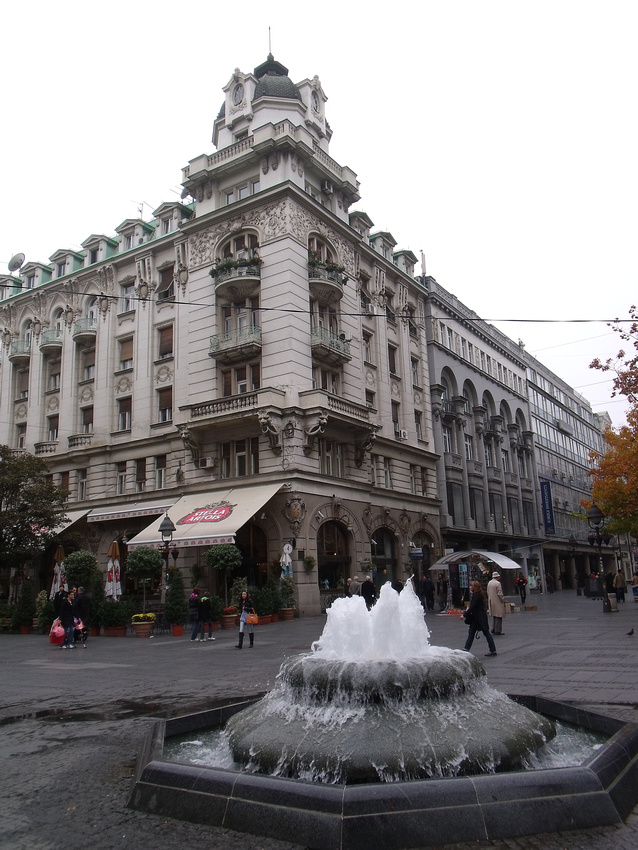 Belgrade is known for its cafe and bar scene, but it should also be known for its bakeries. There is a bakery of some kind on every street, and the size of the pastries would make any American bakehouse kneel on the ground and chant “we’re not worthy”.

Another big portion of food is the Pljeskavica, the Serbian hamburger. There are BBQ grills everywhere serving this and the meat patties are huge.

Speaking of big, worth checking out is St Sava Cathedral, the worlds largest Orthodox Church. 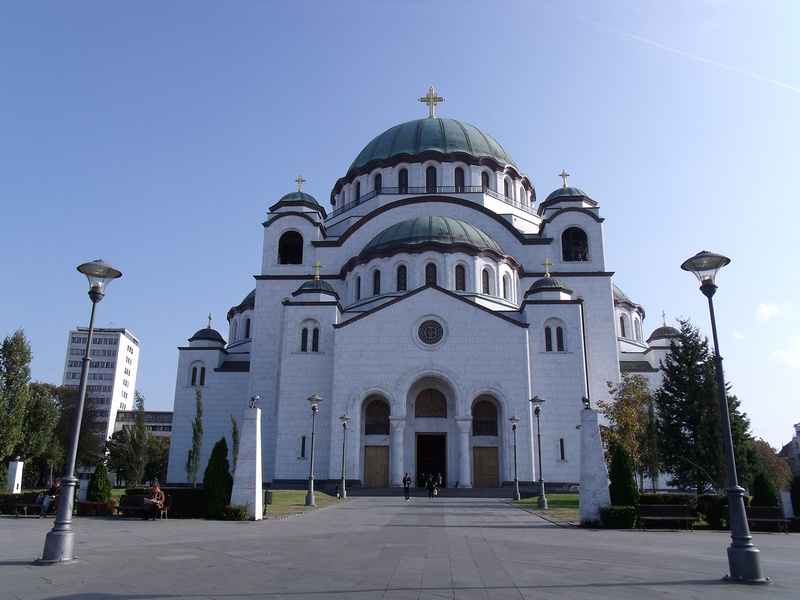 The Federal Association Of Globe Trotters

I found a cafe that has perhaps the best name in the history of cafes: The Federal Association Of Globe Trotters.

I had read about the cafe and I went purely for the alluring name. I otherwise never would have found this place on my wanders. It is downstairs in a basement and the only bit of advertising out the front is above the door buzzer. 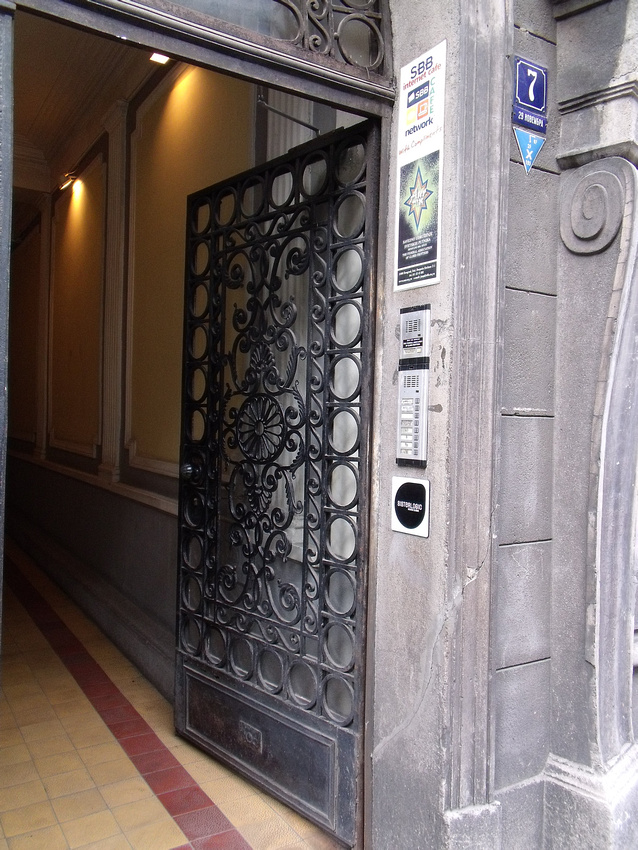 [The Federal Association Of Globe Trotters]

It is furnished with an eclectic variety of furniture and art work, much of it donated by friends of the place over the years. I fell in love with it immediately. If I had a home, this is how I would furnish it.

At night it transforms into a music club, which doesn’t suit my sitting in cafes writing kind of style, so I went in the early afternoon when it wasn’t too busy.

They have wireless internet but I didn’t have my laptop with me, so I used the time to write some notes. I would have left the place sooner but happened to be playing Dead Can Dance CD’s and I was just enjoying the place too much. 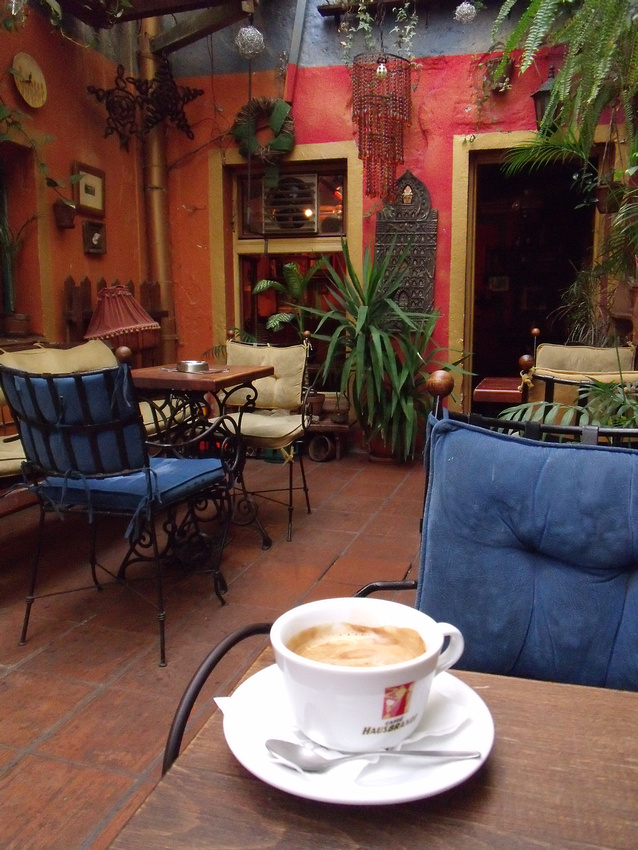 Getting to Belgrade is easy enough if you are in the region as there are direct trains from all of the neighbouring countries. From Belgrade station there are direct train services to Budapest, Munich, Zurich, Zagreb, Sofia, Bucharest, Thessaloniki and Istanbul. (What an exotic roll call of city names – I love being able to say you can get a train to Istanbul).

There are only a few low cost airlines flying into Belgrade, but you can still find reasonably priced flights from London if you plan in advance.

Once the likes of easyJet and Ryanair start flying to Belgrade, the city will become a hotspot for European short breaks and the troubles of the past will be a distant memory.