If you travel with American Airlines in the US there is a good chance you will have a connecting flight at Dallas/Fort Worth International Airport. This was the case for me where I was on my way to Belize City with a connection at DFW. I was using frequent flyer points and the only seats available had an overnight layover. I was informed by the booking agent that I could stay up to 48 hours and it would still count as one flight (and the same amount of points) so I made it a two night stop.

My main interest in visiting Dallas (apart from visiting a new US State) was to see the JFK related landmarks. I had not researched anything before visiting but even as an Australian, pop culture had given me all the details I needed: Elm St, The Texas School Book Depository, the grassy knoll – all words that were synonymous with the Kennedy shooting.

With that knowledge I made my way to downtown Dallas and started exploring. 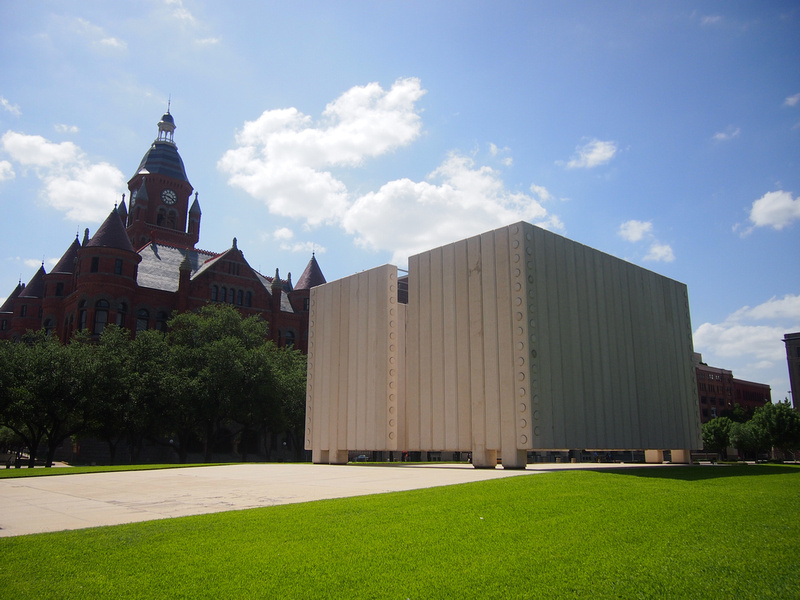 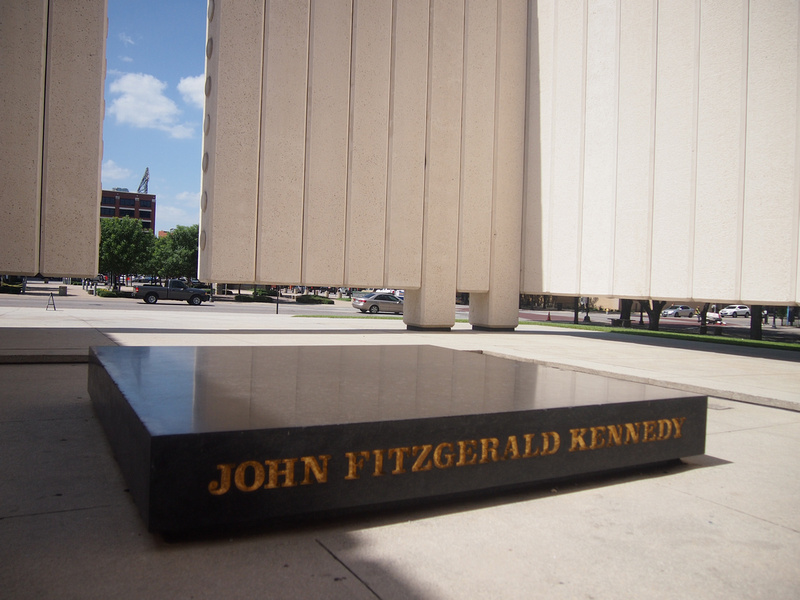 [Inside the John F. Kennedy Memorial]

Two blocks away from the memorial is The Texas School Book Depository (now the Dallas County Administration Building). I recognised the building from pictures and I was surprised principal assassination landmarks still looked as they did in the newsreels from fifty years ago. The Texas School Book Depository building stills stands, the motorway still looks the same, and the grassy knoll is still grassy and knolly. 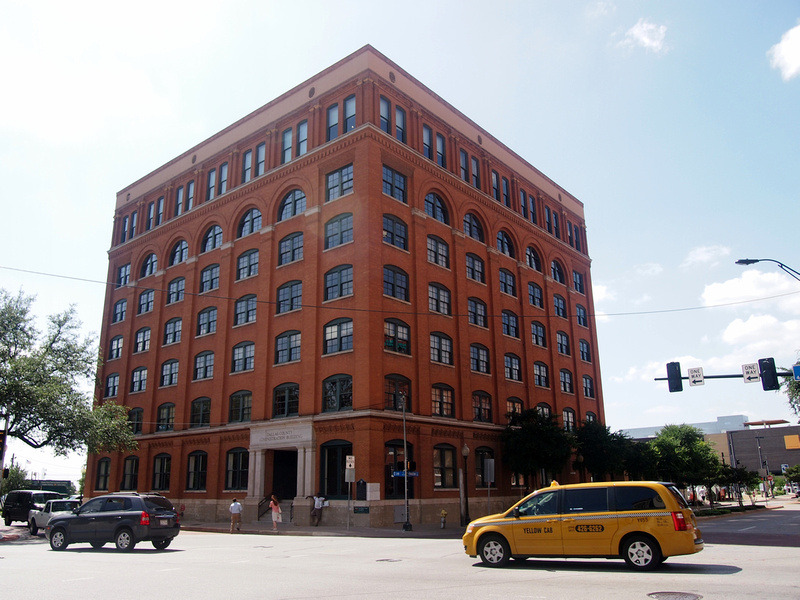 The building is now home to The Sixth Floor Museum at Dealey Plaza. 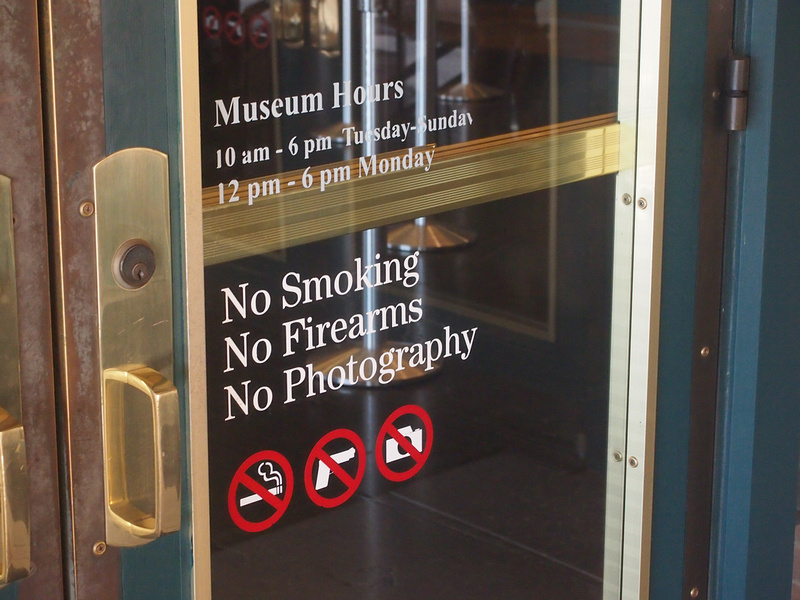 [Appropriately no firearms are allowed in museum.]

Outside there was a JFK trolley tour. There is obviously an interest in the subject (I was here for that reason afterall) but it made me wonder if it was in good taste to have a tour about the assassination of a president trundling around town. 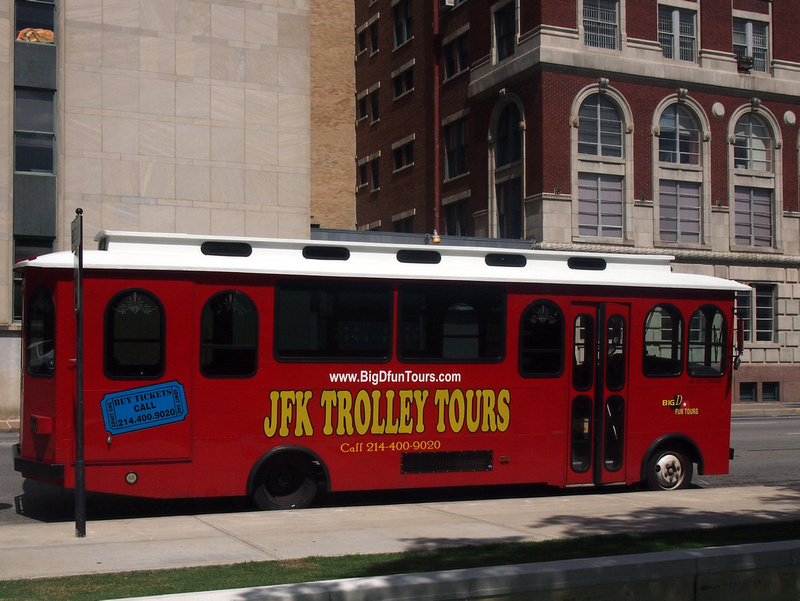 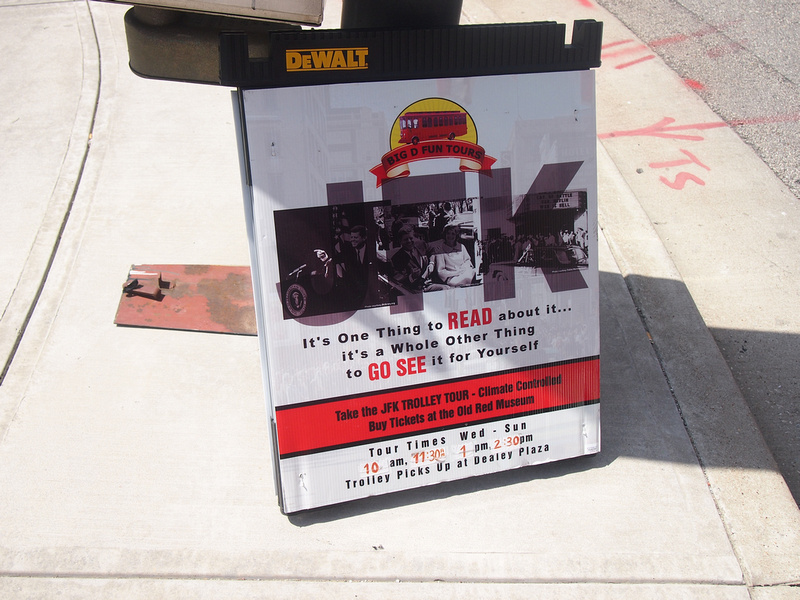 Outside the-building-formerly-known-as-The-Texas-School-Book-Depository is the infamous site itself. 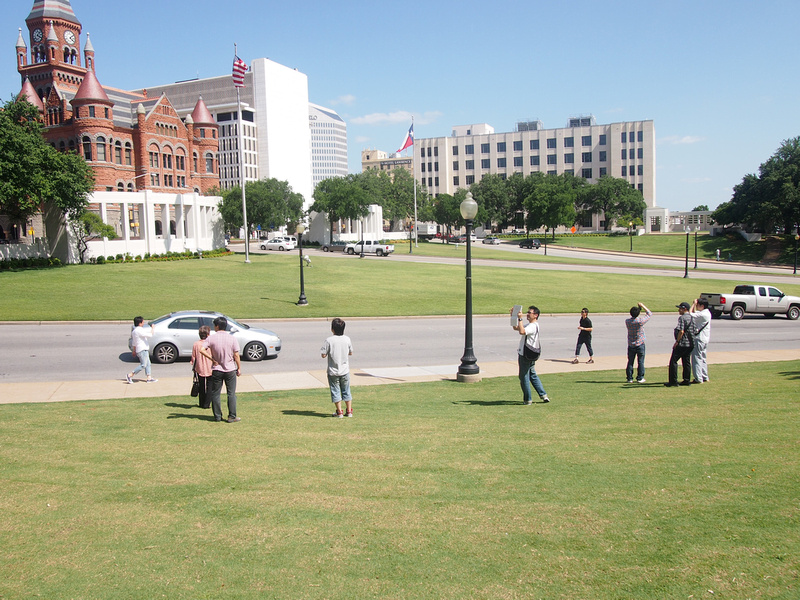 At the actual assassination spot there is a plaque by the side of the road and an X marking the spot on the road. 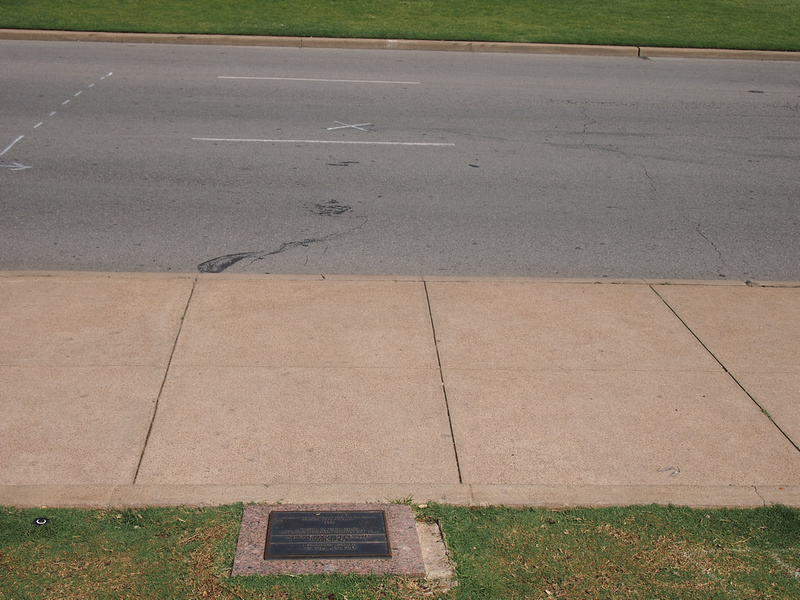 A view of the road from the grassy knoll. 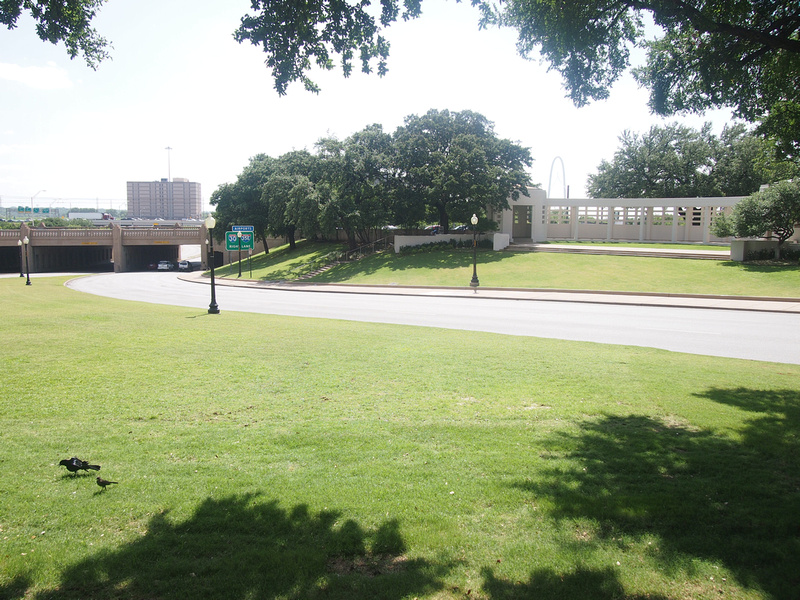 If you have a long layover in Dallas then this is a easy half day trip. Dallas is hard work if you are a pedestrian but the main JFK sites are walkable. There is a train that runs between Dallas and Fort Worth, connecting the airport between the two cities (Trinity Railway Express). Catch the train to Dallas Union Station and from there it is a 10 minute walk to the John F. Kennedy Memorial Plaza.